STOK KANGRI HAS BEEN BANNED: WHAT NEXT?

If you’re reading this, the fact that Stok Kangri trek has been banned for the next 3 years probably wouldn’t come as news to you since the decision was under discussion/review for over 6 months. When the first word towards decisive action finally came about a month ago, it was all over the internet. And now that we’ve received official notice that puts an end to all the speculation – Stok Kangri trek has officially been banned for the entirety of 2020-22. The trek was banned so that the ecological harmony of the area could be restored and the glaciers that fed the local villages could recuperate from all the degradation that was caused due to the rising popularity of the trek. 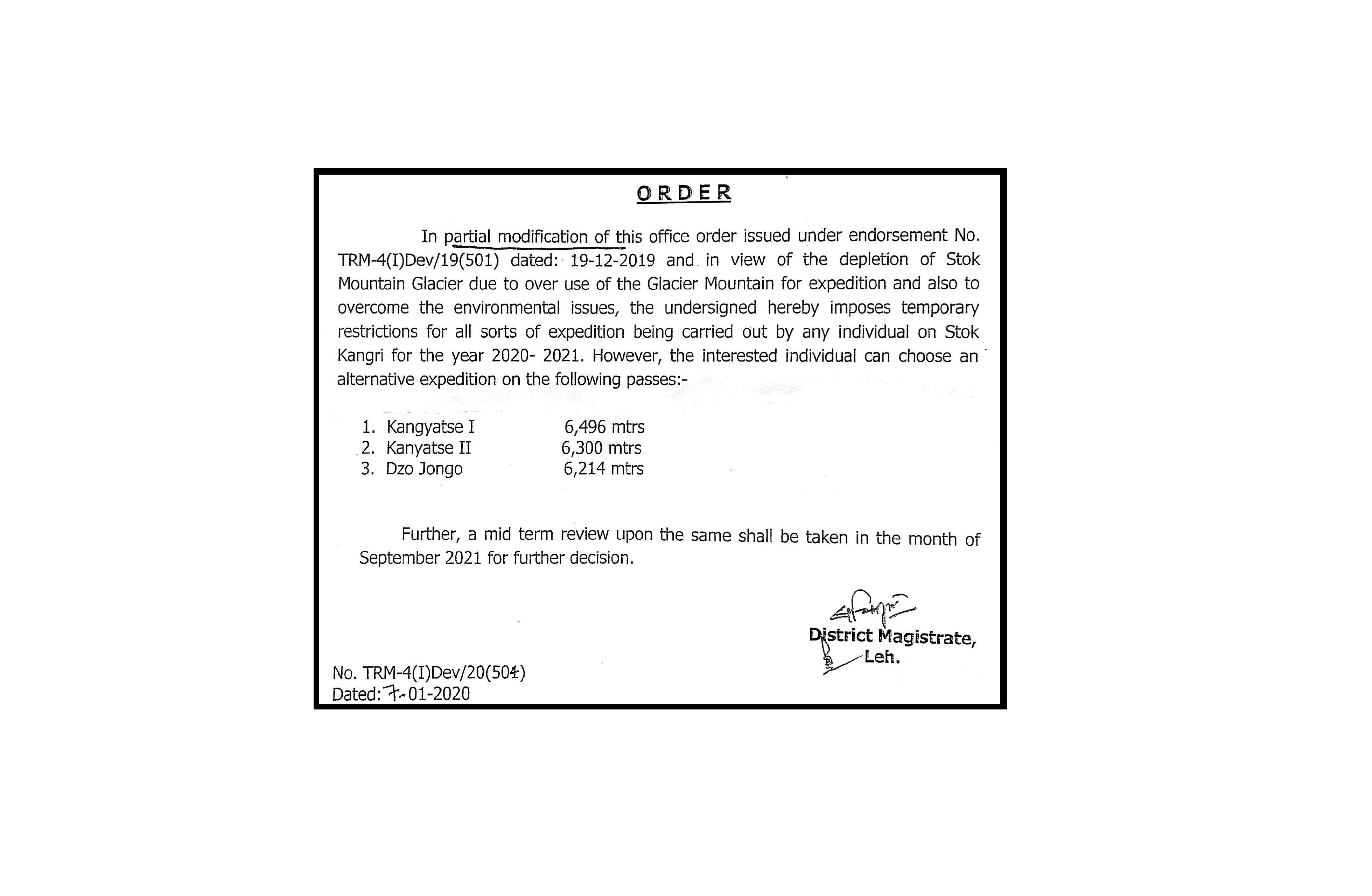 Adventure enthusiasts all over the country are left with the question – WHAT NEXT? 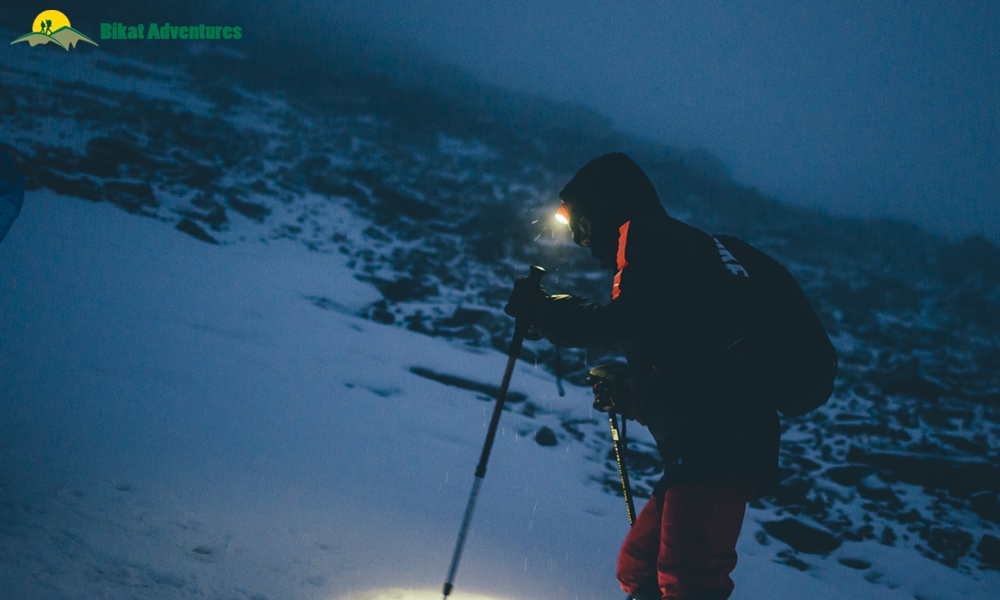 To answer that question, we must first understand why this ban (which was unquestionably an absolute necessity), has a legit impact on trekkers. Stok Kangri is an attractive excursion to many trekkers because it’s one of the highest trekking peaks in the world. Not that the trail isn’t breath-taking in its own right, but the thrill level is off the charts, especially to people chasing new heights. 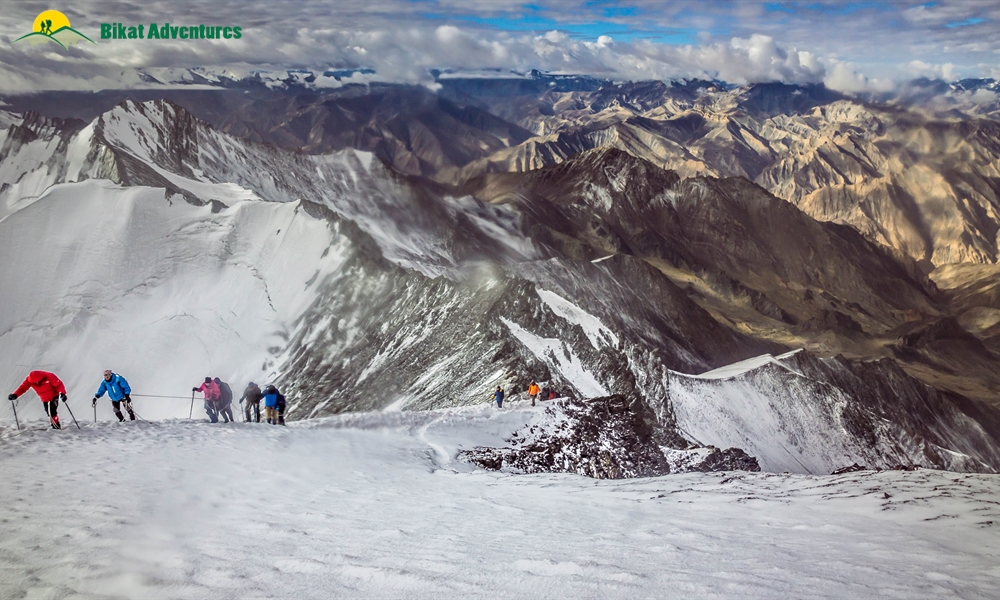 Peak Expedition – An attempt to summit a technical peak. Generally starts with a trek to the base camp, followed by a summit attempt. Summit climb involves usage of mountaineering equipment and technical know-how. A special permit is required from the IMF.

Trekking Peak – A peak that can be summited without any equipment and know-how. Everything else (including the acclimatization process) is pretty much the same as an expedition although no permit is required from the IMF.

[Even though easy treks like Chandrashila peak or moderate level treks like Pangarchulla peak also involve summiting a peak, they are outside the purview of this article since the maximum altitude attained on those treks definitely pales in comparison to a trekking peak like Stok Kangri (which stands tall at 20,000ft and is higher than/at par with the highest peaks in 5 out 7 continents)] 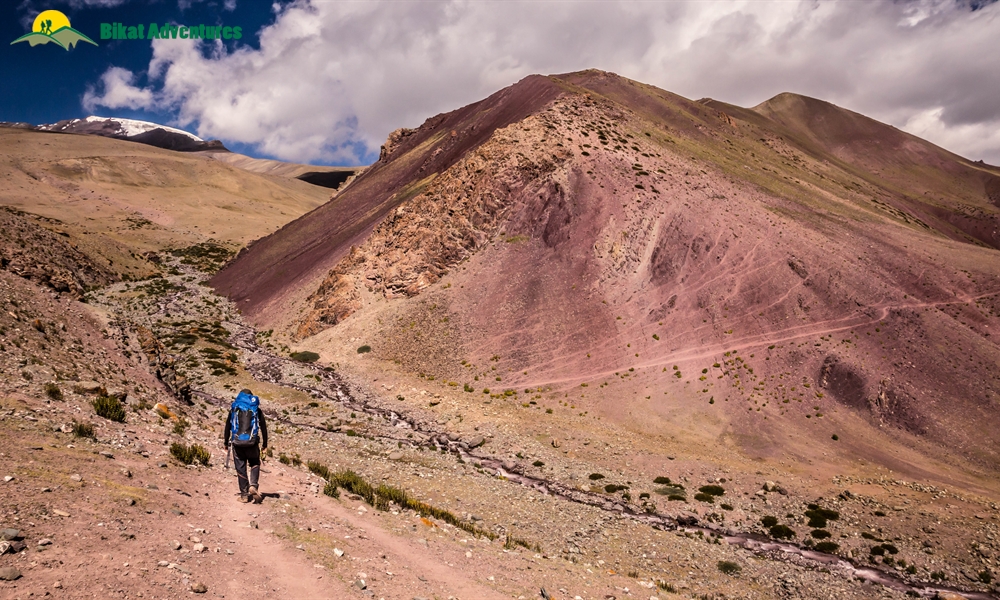 Kang Yatse is a towering, throne shaped peak at the head of the Markha Valley in Ladakh. The mountain has two peaks and even though the official circular suggests both Kang Yatse 1 & Kang Yatse 2 as plausible alternatives to Stok Kangri, please be advised that KY 1 is a difficult and technical expedition that should not be confused with the relatively easier trek to KY 2’s peak. The KY 2 trek takes you through the cultural trail of Markha Valley (a must-do experience in itself) that passes through quaint villages, Mani stones inscribed with Buddhist prayers, monasteries, etc. and gives you an opportunity to meet the warm people of this valley. Once you've trekked through the valley, the trail takes you to the vast meadows at Nimaling after which you will begin your summit push. Summiting this 20,000+ ft. peak is a milestone for serious trekkers/aspiring mountaineers. Here's a detailed comparison with Stok Kangri trek. 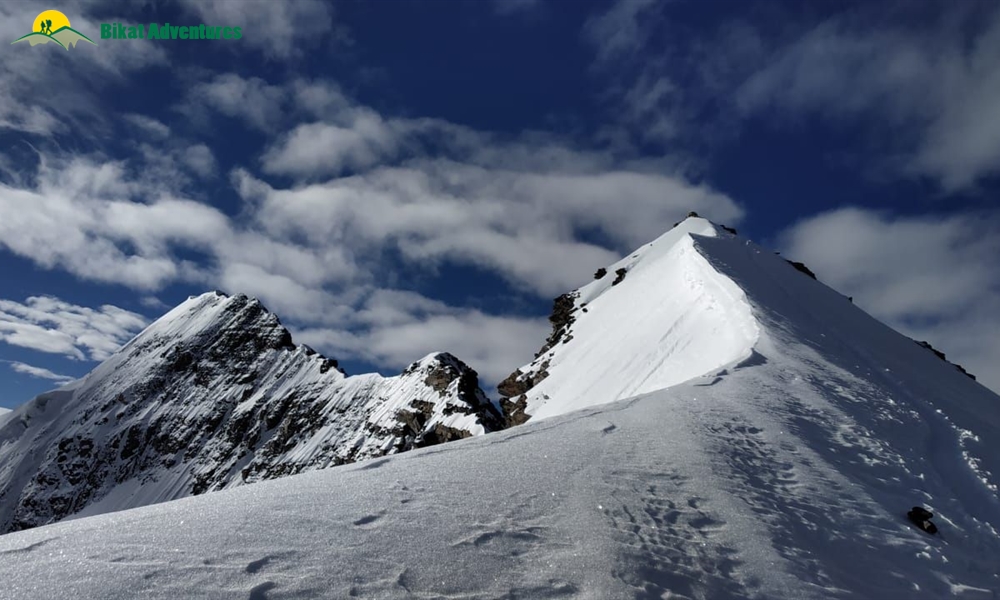 The less popular brother of KY2, Dzo Jongo is a hidden gem standing tall at 6240m. This less-frequented trail is another great trekking peak in Ladakh that has been an off-beat option for those who preferred to stay away from the crowd, especially the Germans. Even though the summit push is not technical, there are some steep ascents involved that test your physical stamina and endurance. Once on top, you'll be treated to panoramic views of Karakoram Range, Zanskar Range, Kang Yatse 1 & 2, Stok Kangri and some of the peaks of the Changthang Valley. The cherry on top, this one goes through Markha valley too! Best time to go - July to October. 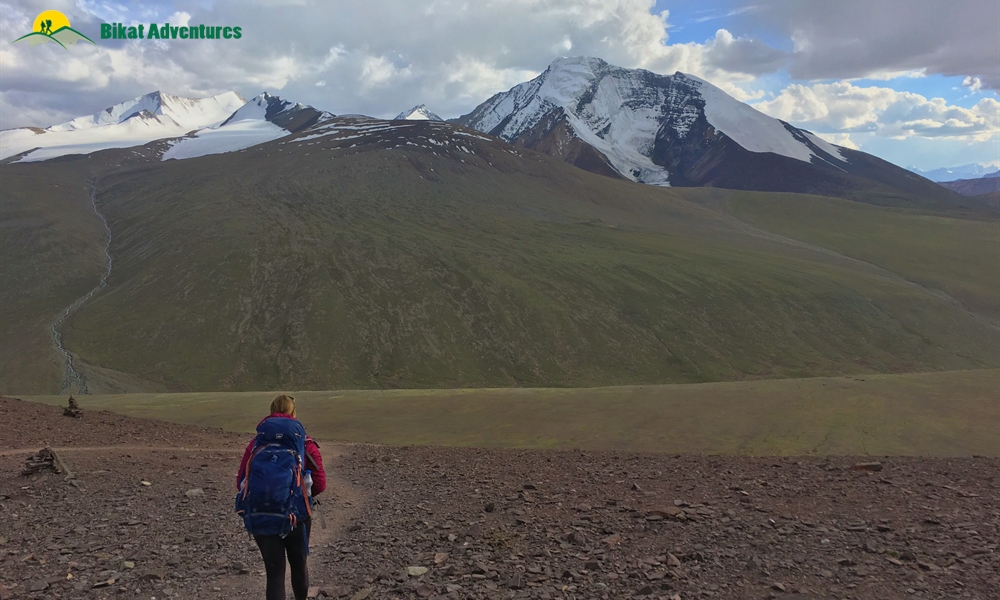 The only entry on this list that isn't a member of the 'twenty-thousand' club, Friendship peak is still an immensely well-known trekking peak - 17,348 ft. is no joke after all! Located near Manali, the trail takes you through Pir Panjal range in Himachal Pradesh, passing through beautiful alpine meadows, dense forests and multiple water streams. Even though the actual climb is non-technical, the itinerary for this trek is special - involving elements usually reserved for full-fledged expeditions like 'Load Ferrying' and setting-up a 'Summit camp'. Needless to say, this trek is not meant for the beginners and participants must have prior experience of high altitude trekking. Best months to do this trek - May to June plus September to October. 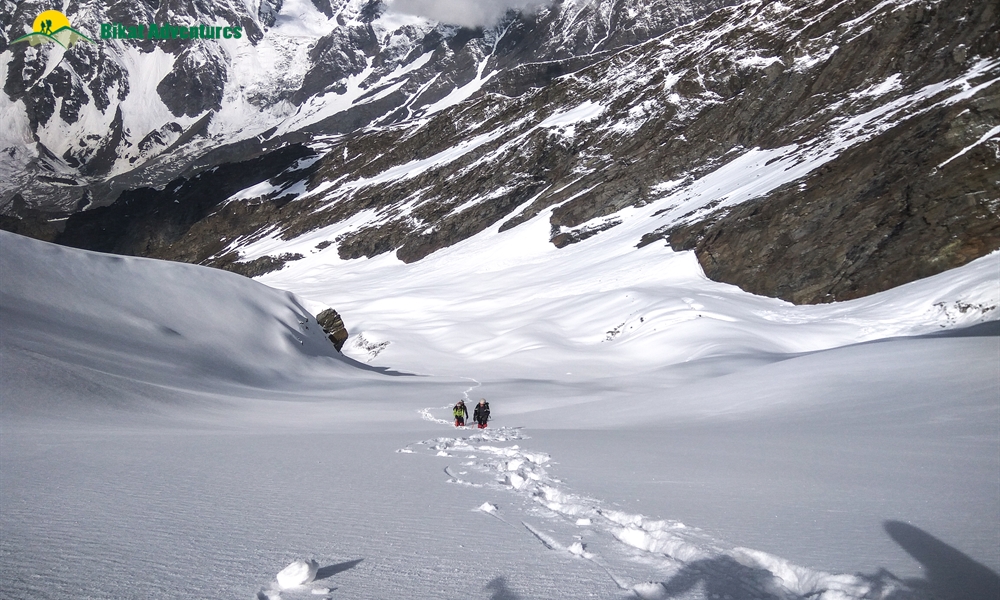 Just like Kang Yatse, Mentok Kangri 1 is also a difficult technical expedition while Mentok Kangri 2 remains a non-technical high-altitude trek. On the western side of Tso Moriri, a famous tourist attraction in Ladakh, lies the Mentok Kangri massif. Despite the fact that this one is easier than the aforementioned three, make no mistake - MK 2 is not an easy trek (a small section before the summit makes you walk on loose rocks, really huge granite ones!). Fun fact - 'Mentok' is a Tibetan word derived from a wildflower native to this region. 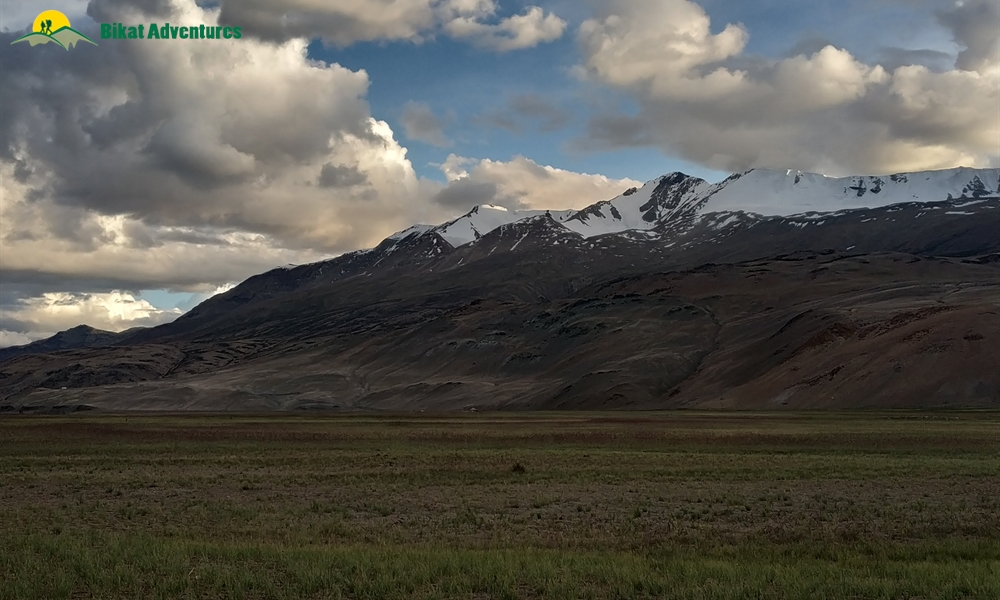 Yunam Peak, another thrilling option, is a trekkable peak that starts from a point close to Baralacha La Pass on the Manali-Leh highway. Maybe because of its off-beat location (Lahaul & Spiti district in Himachal Pradesh) or maybe due to the fact that it's not popular (yet!), you will probably not encounter any trekkers on this route. The summit point offers front-seat views of the Chandra Bhaga & Mulkilla Ranges along with some high-speed bone-chilling winds! Best time to do - July to September. 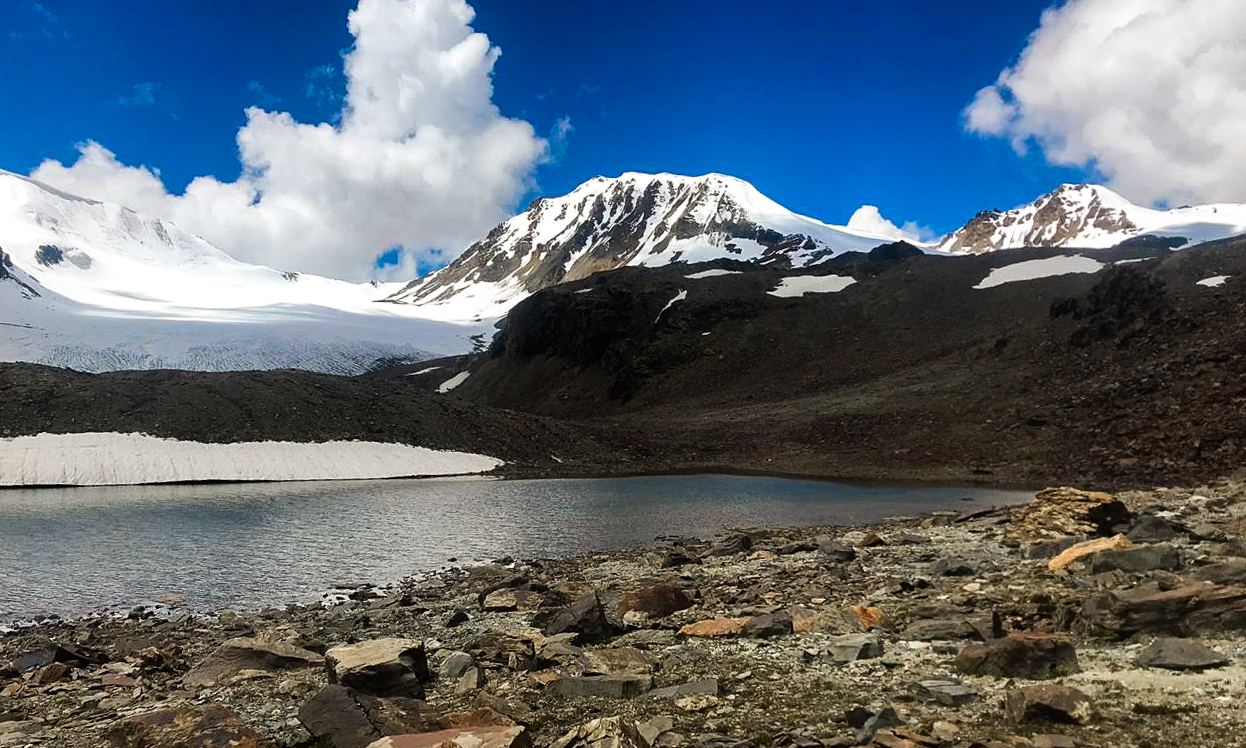 Here’s a brief comparison of the treks – 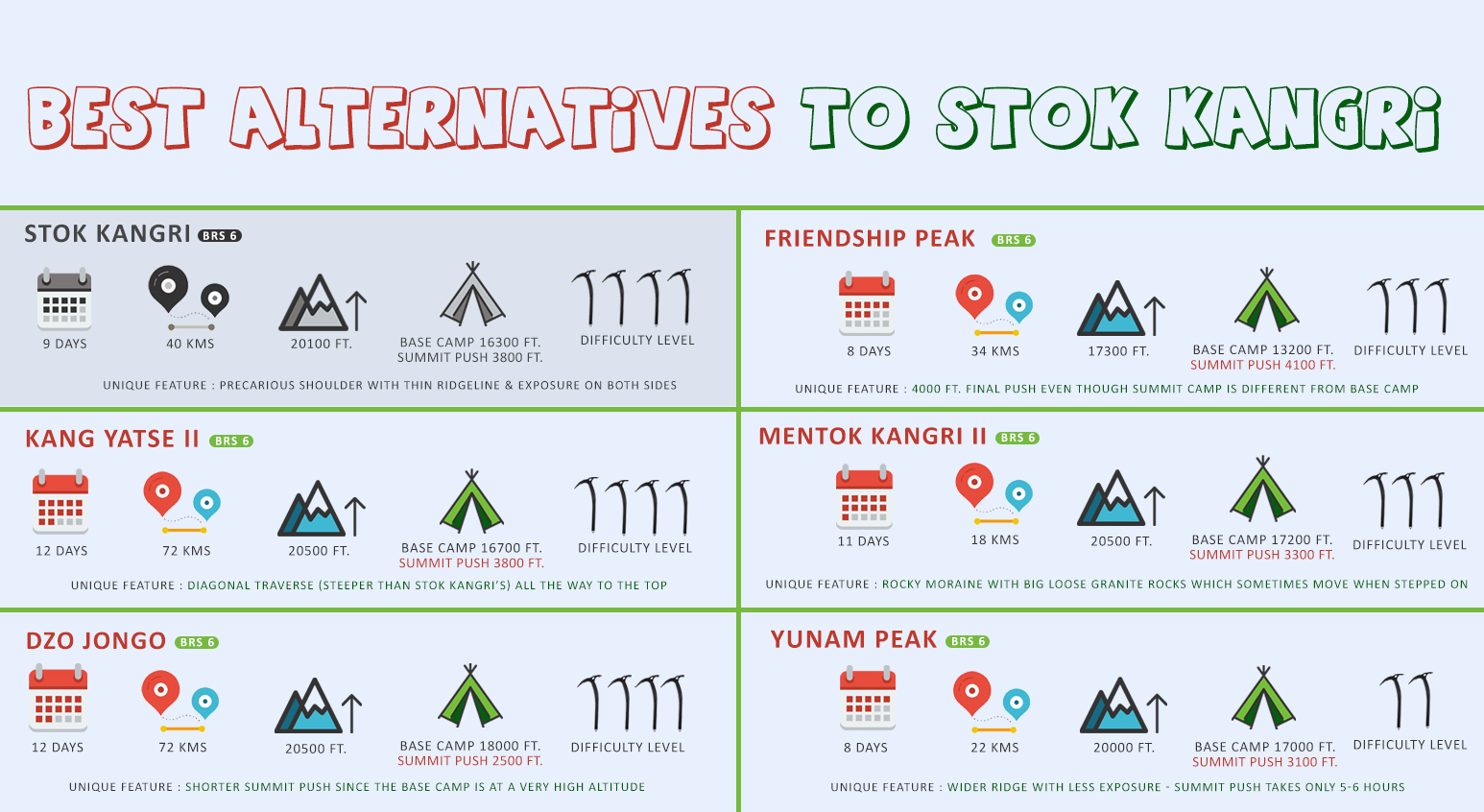 Stok Kangri trek should be back in 2023, but till then, you're all set with these alternatives!