In the past few days, after an extremely saddening incident of deaths of our armed force personnel which was caused due to an avalanche, A lot was discussed in the media and somehow the whole accident took many nonsensical colors but much less was discussed about the core reason, the Avalanche. It is important to understand this monster of snow that has killed many mountaineers, high altitude soldiers, and skiers. There are many people venturing into snow clad areas these days like trekkers, novice skiers, tourists in helicopter, and others. So, here is an attempt to throw some light on avalanche. 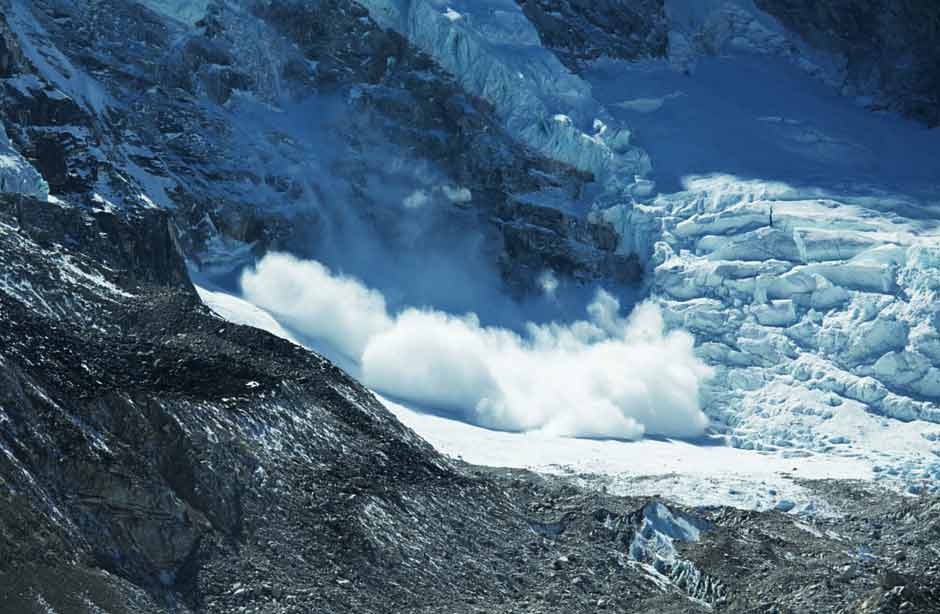 Avalanche, a French word literally meaning ‘snow slide’, is a mass of snow set in motion due to disturbances in the chemical equilibrium. Simply speaking, when heavy chunk of snow slides down the mountains, they cause avalanches.

Why does it occur?

While it is very difficult to point exact symptoms behind an avalanche but the reason is always disturbance of chemical equilibrium. I know you might term it jargon but actually it is not so difficult to understand. As mentioned above, the snow or ice deposits on the mountains in layers. The layers of snow are not so stable and are unable to hold the weight of the new layers falling upon them. The layers that are already struggling, when met with any disturbance in their fragile equilibrium, slide downwards. So let’s see the reasons that cause these disturbances:

Man-made – These are reasons created by us like touch or excessive pressure. Believe it or not most of the times, avalanches are caused due to Man-made reasons and not natural.

Most avalanches begin with weak layers of snow which are lying under the topmost layer. When we walk or ski over the unstable layers of snow, the excessive pressure on the fragile snow layers causes them to lose their grip. Eventually these weak layers can no longer hold up the weight of the overlying snow, and gives way, causing the snow above them to break free and slide downhill.

Unlike a popular myth, loud human noise in itself is not capable for causing an avalanche but loud speakers or woofers can cause enough disturbance (in the form of waves) to the chemical equilibrium.

Natural – There are many unavoidable reasons that cause this disturbance like small earthquakes, major temperature changes, or strong winds. One cannot do much about these but plan against being the victims.

Where is it most probable?

Avalanches usually occur on mountains slopes with extreme amounts of snow fall and very low temperatures. Wherever snow is lying on slopes with acute angle there is potential for a sleeping avalanche. The steadily increasing popularity of winter activities along with the growth of interest in skiing has resulted in a much greater hazard. Extremely low temperature, freezing the surface of the mountains in cold areas (like the very high reaches of Himalayas) is very stressful on the snow deposited above.

Three main factors affect whether or not avalanches are probable to occur at a place: 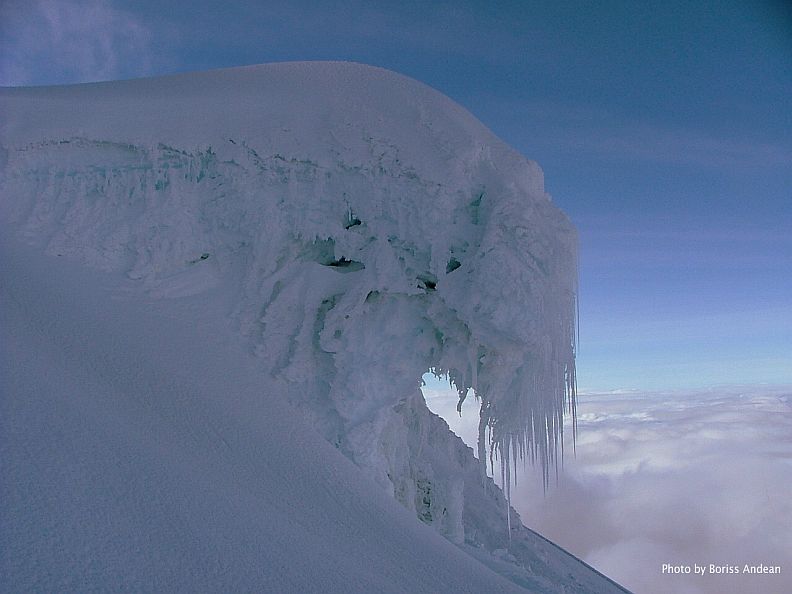 Watchout – Snowstorms have been observed as the pre-cursor of an avalanche in almost 90% cases. 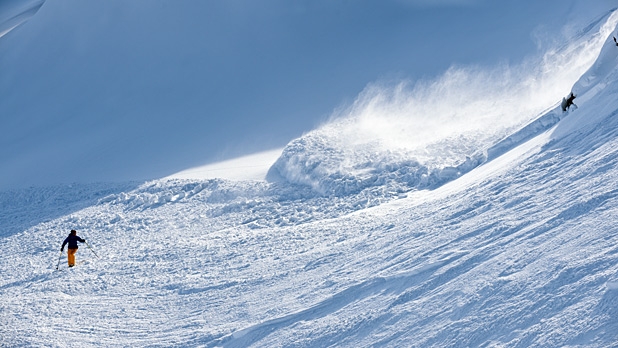 Anatomy of an Avalanche 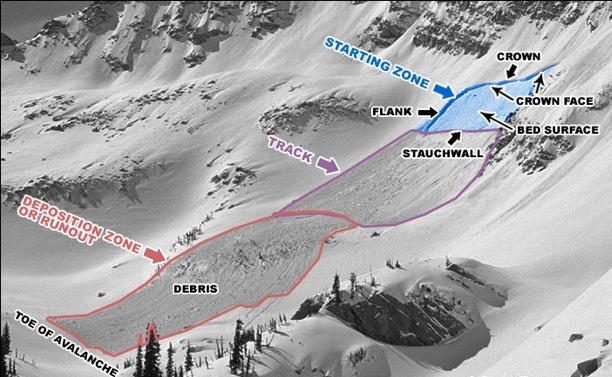 What are the types?

There are many ways to classify avalanches but broadly they are of two types:

Surface avalanches are less damaging but more frequent. If noticed closely, one can always observe that snow mostly sets in layers. Every snowfall that occurs during the winters creates a layer that solidifies over time and then more layers deposit with more snowfall. During the summers, these layers melt and make way for fresh snow and cycle continues. However, in the very high altitude areas, even the summers see temperatures lower than the freezing point of water. Hence, some of these layers don’t melt at all and give us the thick walls of highly dense water crystals – also called ice. While it is less likely but when chunks of ice slides, the avalanche is much more devastating – Ground Avalanche.

So what to do then? Not venture into the sow at all? Well that would be an exaggeration because all said and done, an avalanche is a rare occurrence and is not completely unavoidable. The List below highlights some of the Do’s and Don’t’s:

There is some equipment that can help in situations of an avalanche and should be carried when venturing into such areas:

a. Avalanche Cord – this is the most basic and affordable equipment that can be used. In case of an approaching avalanche,the victim just needs to hold one end and let the roll of the cord flow above the snow masses. The equipment works on a hopeful scenario in which the other end could be spotted by the rescue teams and they would trace the cord to reach the victim. 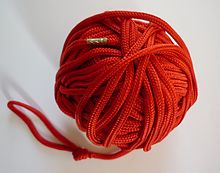 b. Avalanche Victim Detector (AVD) – this is advanced and more contemporary equipment. It is basically a transceiver that works on transmitting & receiving signals. The victim's buried beacon sends electronic signals that are picked up by searching beacons, leading them to the victim. 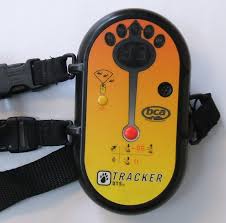 2. Snow shovel – This is another simple & affordable equipment that should be carried by all members of a team. It can be used for testing snow conditions and in rescue by digging up for the victim. It can also be used as a tool to make snow shelters. 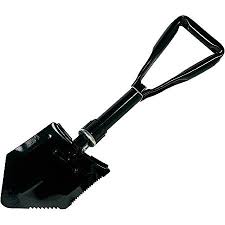 3. Probe - This collapsible aluminum pole, similar to a tent pole, can be used to probe for buried avalanche victims by itself. Also aids during the pinpoint search with an avalanche transceiver.

4. New Age – High End Survival Equipment – While there are many that have come up these days but I am listing two that are gaining popularity by the day.

a. Avalanche Airbags – Like a typical car air bag, blows up into a big balloon shape filled with CO2. It can protect against the injuries cause by strong collisions of snow.

b. Avalung Pack – Comes with a long tube with an empty bag (air filled) that can be used by the victim to take oxygen for much longer durations compared to situations without them.

When Stuck, what to do?

Always remember that the 1st 30 mins is the Golden Period for rescue with almost 90%+ chances of survival. Chances of survival significantly reduces to 60% from 30 to 60 mins, and to a 30% after that.

In case you see someone getting stuck:

In case you are stuck:

Step 1 (At the 1st sight of an avalanche) - Unbuckle or discard your ski & rucksack. If you are wearing AVD, wear them outside of rucksack so that you can offload without thinking twice.

There are many ways to test the snow slope conditions for how avalanche prone they are and can be covered only by a dedicated article but here is a simple test that when combined with common principles like weather, slopes, and other such factors, would enable you in general assessment of the stability of the area. This is not a comprehensive test but if you get signals within this test, stay away!

This is a time taking test that can be done once or max twice in a section but the probe can be consistently used to keep checking for very unstable layers. The unstable layers tend to slide and the stable ones let the probe stick inside them.

Now that we have understood the reasons and precautions, let me try to draw a more practical table wherein we classify the avalanches basis the kind of snow that descends (Sub-Types). The table below will give you the Sub-types with symptoms and possible precautions: 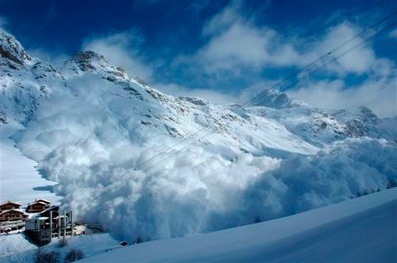 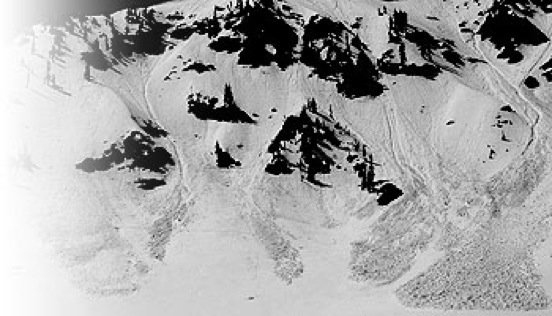