Unrevealed Mystery of the Beauty

Hello, Ms. Roopkund! You live at 16000 feet above sea level, smiling beautifully at whoever comes to see you, playing riddles with whoever tries to reveal your secrets and showing only what you want us to see. I wonder, why did HK Madhwal find you? To mesmerize everyone with your beauty or just to puzzle them with your mystery. I’m wordless to quote your beauty and short of knowledge to resolve your puzzle,

The Mystery of The Roopkund (Lake)

Let me say what I know, let the reader see your beauty and let them go mad with your mystery... 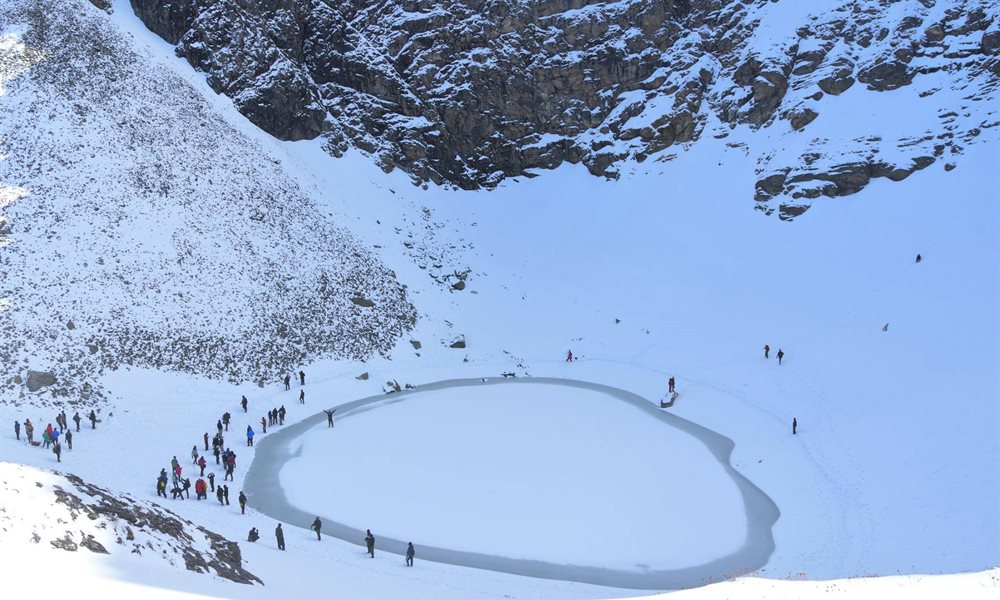 It all begins in 1942, British forest guard H K Madhwal found skeleton floating in the lake at 16000 feet above the sea-level. British officials feared, that the skeletons were of Japanese invasion force during World War II, but the skeletons were too old, couldn’t be Japanese Soldiers.

In 1956, Center for Cellular and Molecular Biology at Hyderabad made the first attempt to take samples and conduct DNA test to reveal the mystery to the world. They found two sets of skeletons, one, tall Iranian type, and other, short locals. Did Iranian group trying to cross the Roopkund with the help of locals? But it resulted in another puzzle, why and what is the motivation?

Later in 2004, a team of scientists conducted series of test, revealed that the skeletons belong to 9th Century and of two different groups of people. Short skeletons are of the locals and DNA from taller ones matched closely with that of Konkanastha Brahmins (Chitpavans) from Maharashtra.

Another interesting outcome of the study in 2004 was that, all the skeletons have similar wounds in the head and shoulder bones and the wound seems to have caused by round object of the size of a cricket ball (9 inches in the diameter). So, scientists concluded that they all died because of a sudden hail storm. But they couldn’t come to a solid conclusion. The puzzle remained: who are they? where did they come from? what were they doing at 16000 feet?

These unanswered questions give us infinite stories and theories. Let’s take a look at some of those stories which are still alive among the locals.

A long time ago, there lived a beautiful woman Nanda Devi in Nauti village of Chamoli district in Uttarakhand. She was married off to Lord Shiva and as per tradition, had to move her husband’s home, Homkund. While they were on the way to Homkund, Nanda Devi became thirsty, so Lord Shiva created a lake, for the goddess to drink water, named BendiKund. Later in the travel, for Nanda Devi to freshen up, Lord created another lake and that got the name Roopkund (Roop – Beauty, Kund- Lake).

So, the people of Chamoli, as a tradition they take Nanda Devi to Homkund once in every 12 years. This came to be known as Nanda Raj Yatra. This is 280kms yatra, covered in 3 weeks period. Recently it happened in 2014.

It is said, that the skeletons found in Roopkund are of such yatris, but women and children are not allowed beyond Bedni bugyal. Skeleton of women were also recovered in Roopkund. So, these skeletons, shouldn’t be of those yatris. Then who are they?

Raja Jasdhaval and his wife, Rani Balampa were expecting a child. The priest of Kanauj, suggested a pilgrimage to Homkund, to get the blessing from Nanda Devi. Raja started the pilgrimage with his Royal family, servants, dance troupe and most of his kingdom. Goddess Nanda Devi was not impressed with Raja having entertainment in the pilgrimage. Goddess appeared and pushed the dancer into the stones. On the way to Roopkund, there is a campsite, Patar Nachuni (stone dancer), that’s the place Goddess cursed the dancer.

Rest of the story is another puzzle…

Version 1: Raja and Rani begged Goddess for forgiveness. Calmed down by the apologies of the Royal Couple, Goddess ordered them to do the yatra once in every 12 years. The king however, after few years, disobeyed the rules of the pilgrimage, hence Goddess cursed them with hailstorm as they were passing the Roopkund.

Version 2: Raja took his wife beyond Bedni Bugyal. Women are not allowed beyond Bedni, So, the Goddess, stormed the area with hailstorm, for breaking the tradition.

Version 3: During the pilgrimage, Rani gave birth to the heir of the kingdom. But few servants proceeded in the yatra without celebrating it, hence Raja cursed them with a hailstorm.

Scientist found ornaments, leather wears, women skeleton etc., any of these stories can be a possible solution to the mystery of Roopkund, but there is no solid evidence.

Maybe some Army crossing, but we haven’t found any weapon in the lake.

Maybe traders lost their way, but we haven’t found any skeleton of animals.

And the unresolved mystery 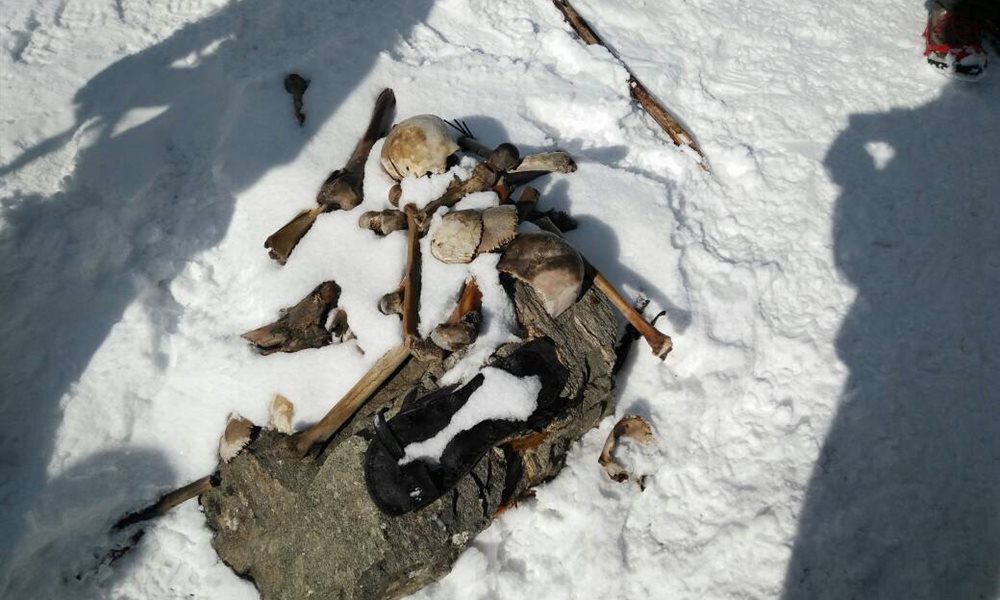 The mystery is a mystery until it is uncovered. Once it is uncovered, it is just another history. Let the Mystery of Roopkund be a mystery, let her beauty be wonder forever.

“Death is a mystery, and burial is a secret.” ― Stephen King, Pet Sematary

So, why can’t it be burial, massacre…?

Please Note: Currently, there is no clarity about whether the Roopkund trek would be possible this summer or not, due to a recent High Court Order. You can check some stunning alternatives to Rookund trek here. 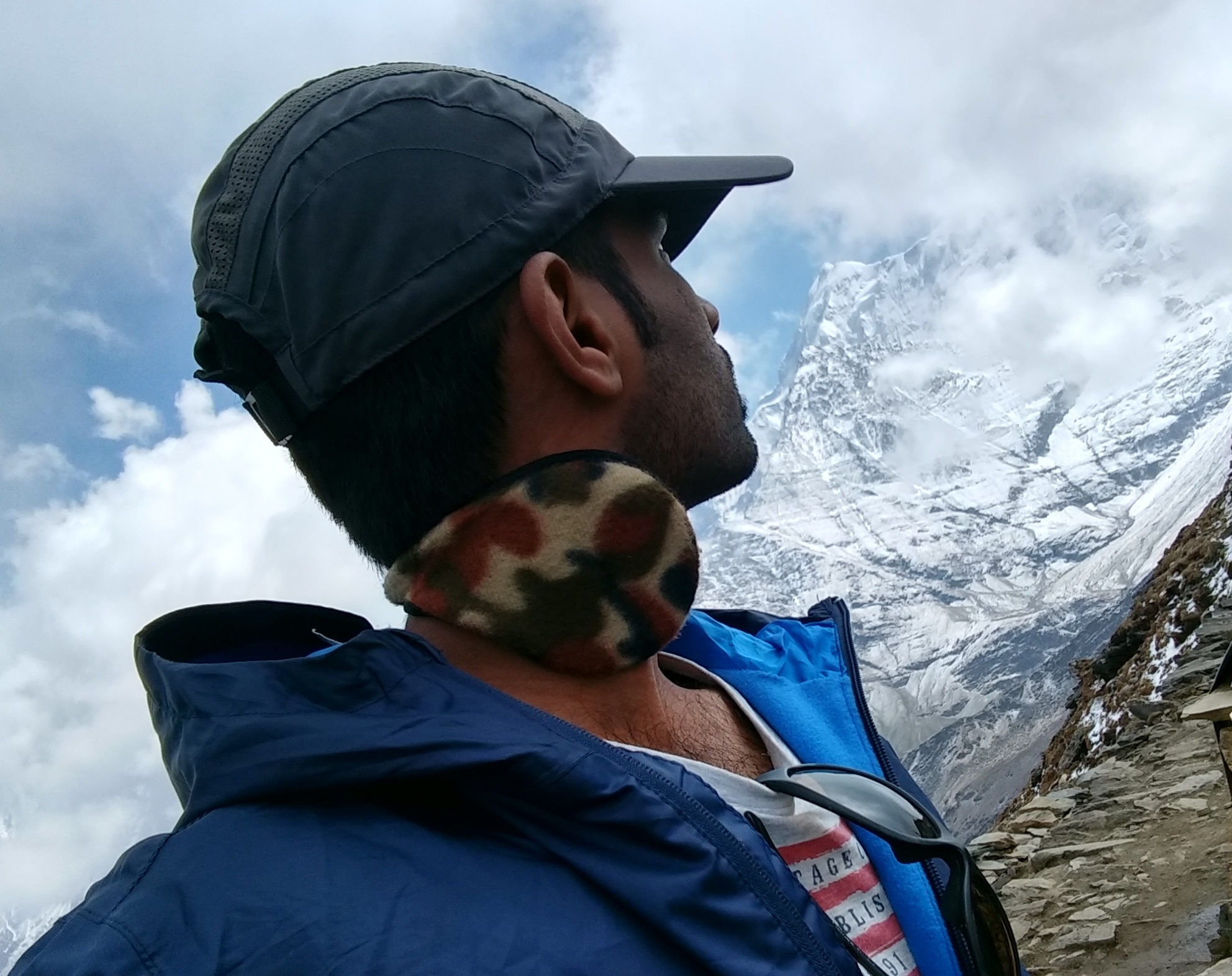