If you’ve been hiking for a few years, you’ve probably heard of Auden’s Col. The holy grail of trekking in the Western Himalayas - this impossibly high, glaciated pass between the monstrous Gangotri and Jogin massifs is the climax of a long, treacherous journey between the pilgrimage towns of Gangotri and Kedarnath. A coming-of-age, rite of passage that separates casual weekend hikers from the big boys. 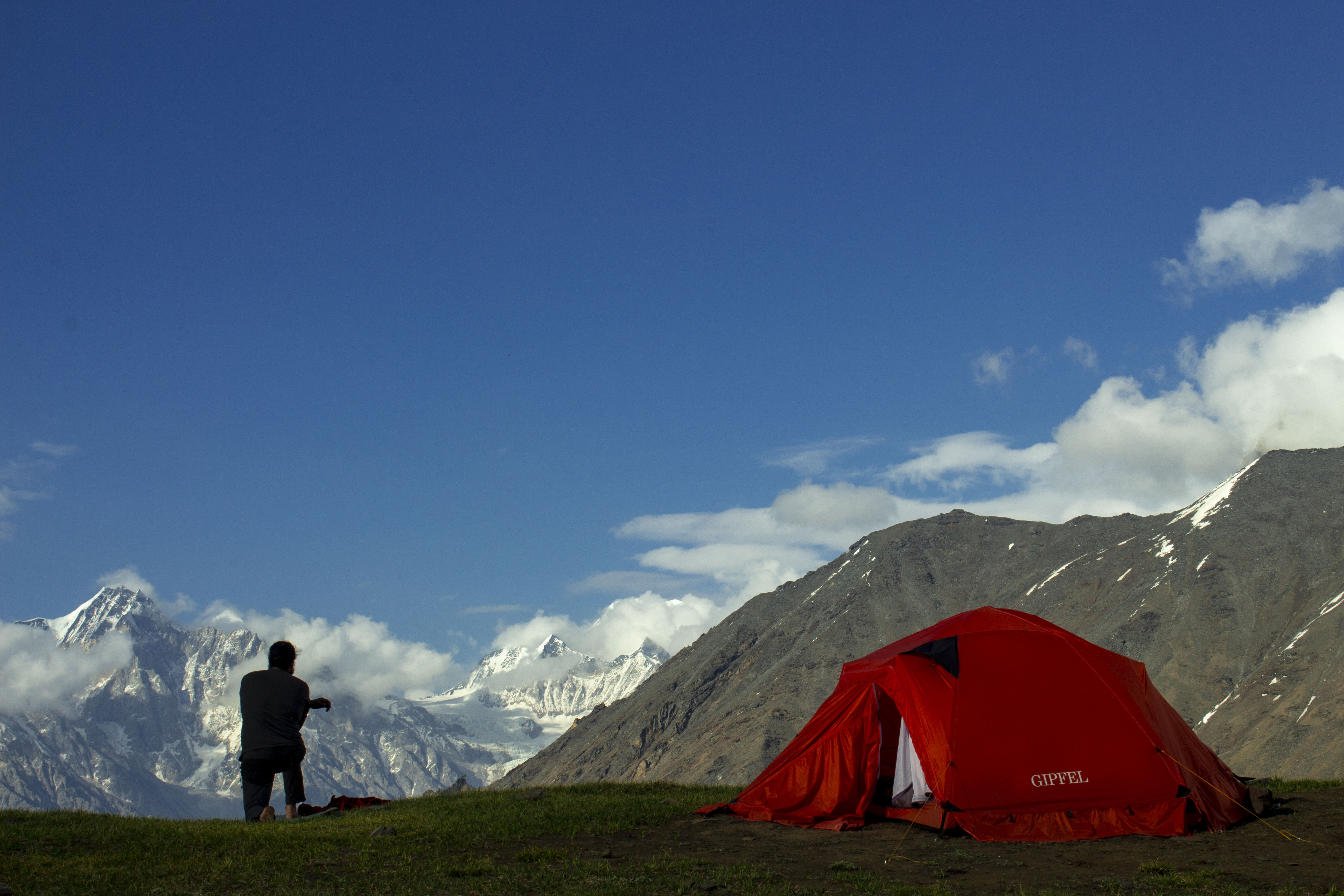 On the other hand, even if you’ve hiked Auden’s Col, you might not have heard of Kang La. The name literally translates to ‘Icy Pass’ (Kang - Ice, La - Pass). I had the fortune of crossing both these gigantic passes last year, and I’ve come to think of Kang La as a slight improvement on Auden’s Col - version 2. Take almost everything that’s challenging and awesome about Auden’s Col - the glaciated approach, the lush and beautiful lower valleys, the unending moraine, and the magnificent views - and just tweak those knobs far to the right. You’ll get Kang La. 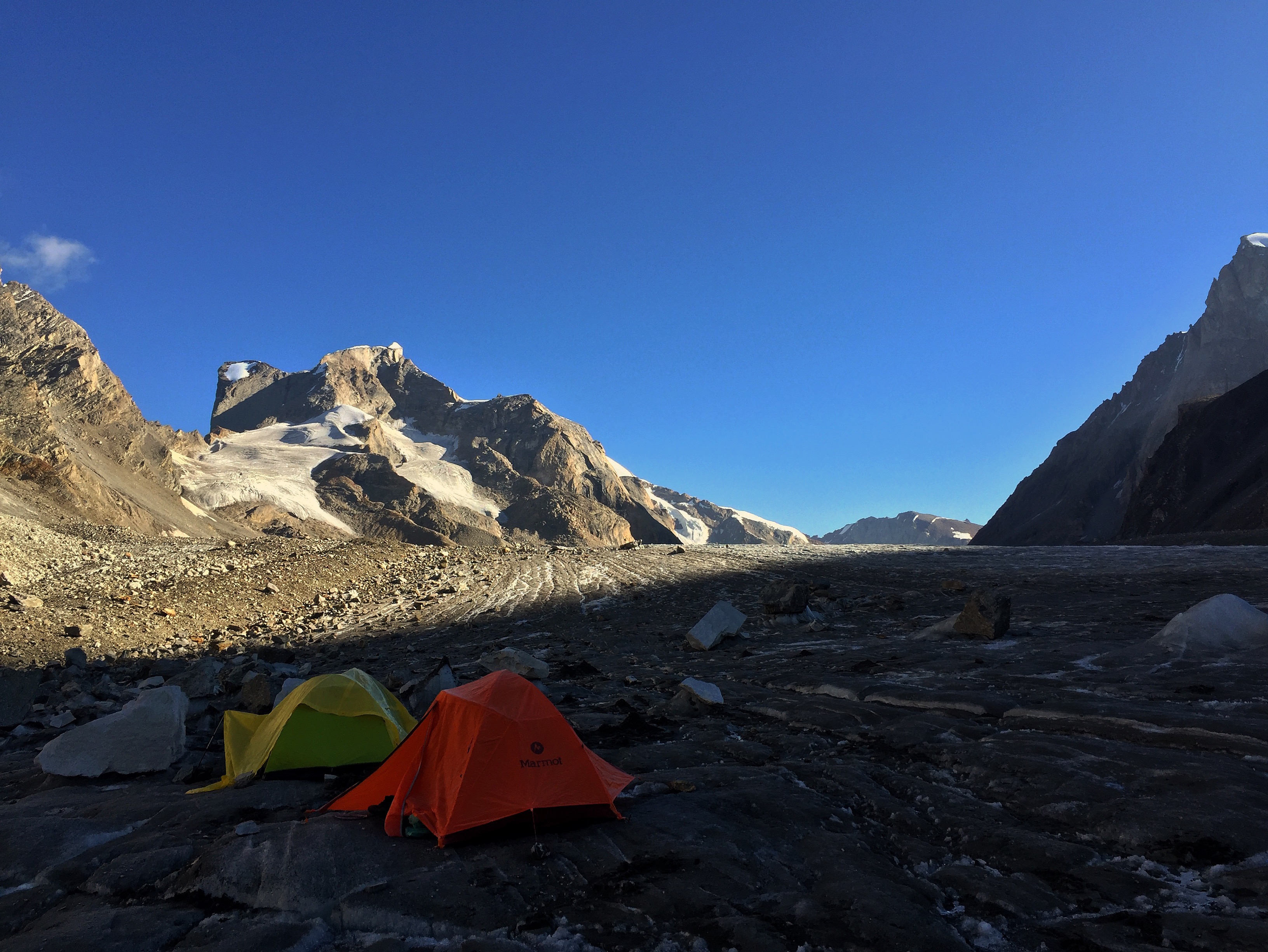 The location is Patangana - the land of the Pandavas, where the five brothers performed atonement for killing their kin in the great war of Mahabharata - high in the Garhwal Himalayas in the massive Gangotri glacial region. The mighty Bhagirathi flows loud and proud, from its glacial source at the foot of Chaukhamba, down through vast meadows and dense deodar forests. The year is 1939 - four years after first visiting the Rudra Valley, J.B. Auden, a British surveyor, made the first crossing of the 18,000 ft (5,490 m) Auden’s Col - linking the Khatling and Rudra valleys. The next recorded crossing of the Col was made 44 years later. Even now, the trail is attempted only by a handful of commercial trekking parties each year, a fraction of which are able to cross the pass. On the other side, towards Khatling, the descent involves descending a steep snow gully to the Khatling glacial snowfields, and almost 10 km of unmarked, terrifying moraine till the snout of the Khatling glacier. The ordeal is not yet over - from here, trekkers must climb again towards the 16,800 ft Mayali Pass before the final descent to Kedarnath.

Kang La, on the other hand, was historically the route take by Lahauli shepherds to reach the remote and desolate Zanskar valley in Ladakh. With the construction of a motorable road from Darcha over Shingo La into Padum, almost all the locals prefer that route, avoiding the potentially dangerous crossing of Kang La.

Access to the pass is provided by climbing up the length of the Miyar valley - while not as mythologically relevant to Hinduism, the valley is revered for different reasons. For locals, the Miyar river, as furious as the Bhagirathi, is an agricultural lifeline. The valley floor, carpeted by wildflowers in the summer months, is surrounded by steep rock walls and cliffs that stretch into the sky. This abundance of rock, not easily accessible elsewhere in the Indian Himalayas, has earned it the name, the Yosemite of the Himalayas. Though even less popular among trekking parties than Auden’s Col, the valley is home every year to a handful of American and European climbers who put up some of the most technically difficult big wall climbs in this part of the Himalayas. In an ideal world, you would be able to indulge in both these once-in-a-lifetime journeys. For mere mortals with regular jobs and hard-earned vacation days, the choice is a difficult one.

THE WALK - TREK DISTANCE AND DURATION

Let’s talk numbers. The Auden’s Col trek will take a little over two weeks with 11 trekking days, 2 acclimatisation days and 2 days on the road for a grand total of 15 days. With a reserve day, and traveling from Delhi or elsewhere in the country, it’ll probably be around 20 days before you’re back home. In the 11 trekking days, you will walk a total of approximately 80 kilometres, averaging at a little over 7 kms a day. 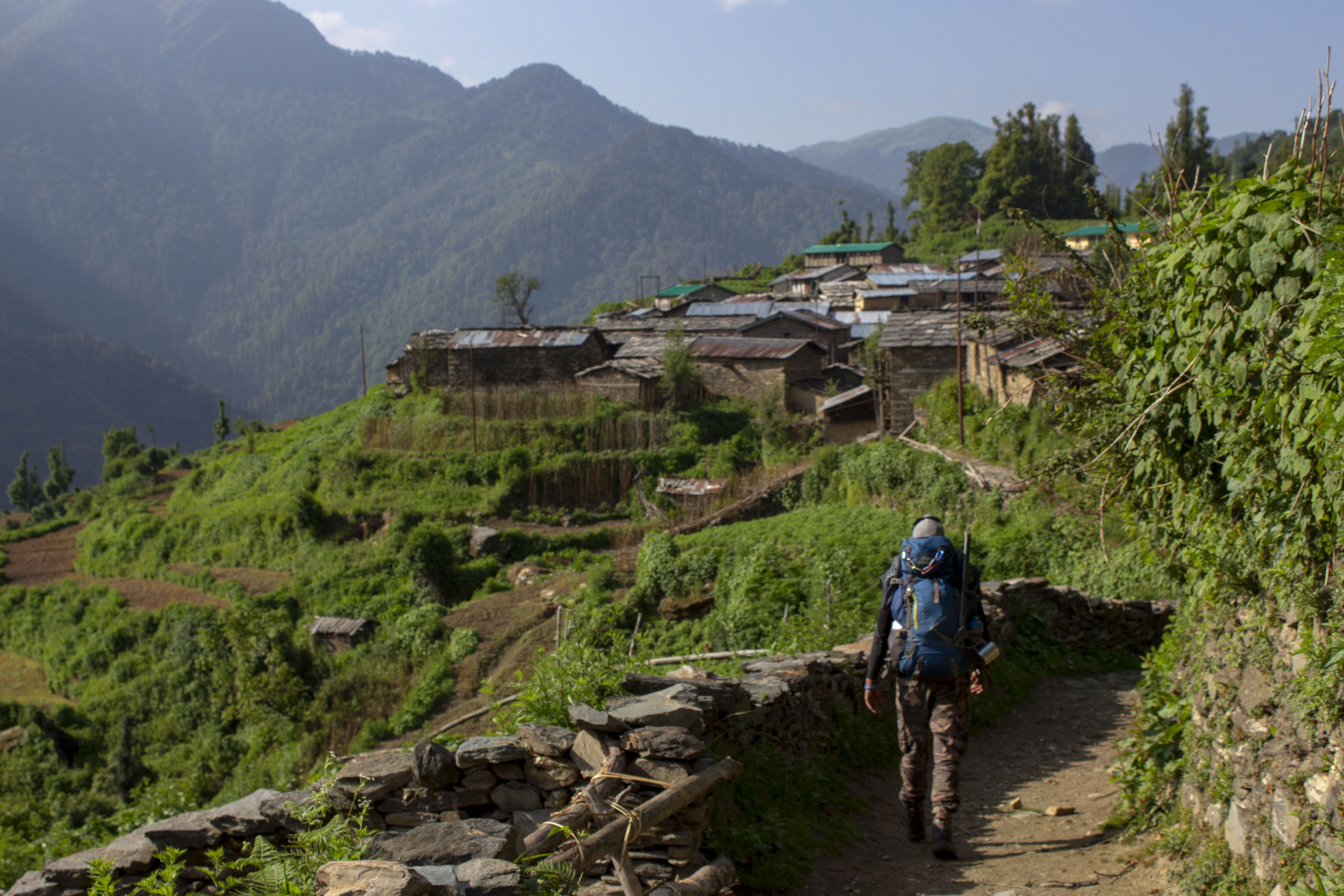 Kang La - 7 trekking days, 1 acclimatisation day and 3 days on the road for a total of 11 days from Manali to Srinagar. You’ll walk close to a 100 kilometres on this route, for an average of over 14 kms a day. With a reserve day, and some sightseeing in Srinagar, you can wrap up the trip in exactly two weeks.

Since Kang La hits the magical 100K mark, that’s plus one point for me, but don’t let my biases inform your decision completely. It’s okay to not want to walk 14 kms a day when you can walk 7. Don’t let these numbers fool you though, it doesn’t mean Auden’s Col is easy - there’s a reason you reach a higher altitude on Auden’s Col with less mileage. THE CLIMB - ALTITUDE AND ACCLIMATISATION

On Auden’s Col, you will climb over 700 metres each on the first two days, and then after a day of rest, continue the climb to 18,000 ft to cross the pass on your fourth hiking day. It requires patience, and it doesn’t forgive those who don’t acclimatise well. Once you descend the pass to the snout of the Khatling glacier, you climb steeply for another two days before the final descent to Kedarnath. There are no ‘easy’ days here. 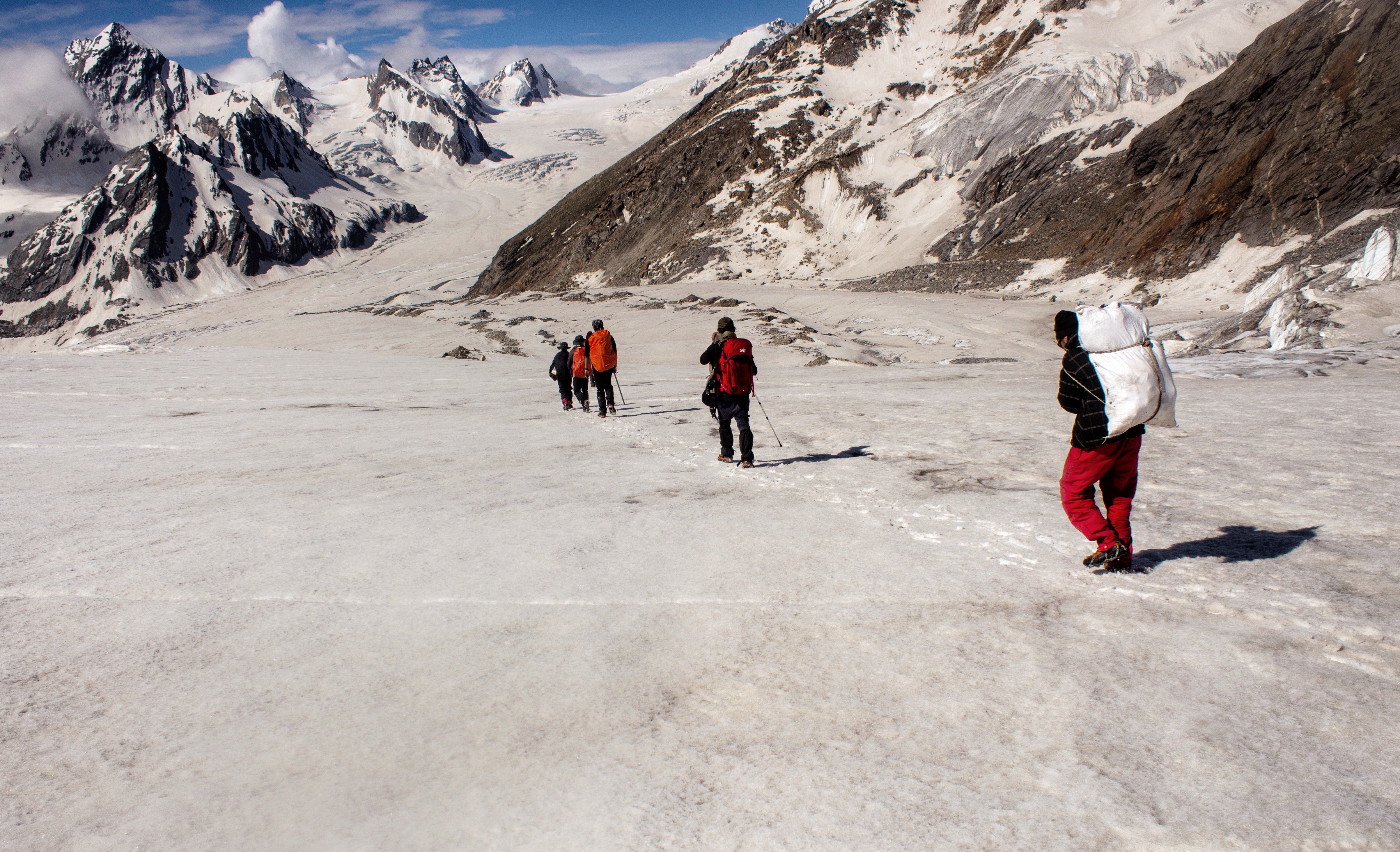 You climb less on the first three days total on Kang La than on the first day on Auden’s Col. The lower Miyar valley is more or less a flat walk, giving you plenty of opportunity to be slow, enjoy the sights, and stop every 5 minutes to take photos. The trek starts at 10,500 ft and lazily crawls up to 13,100 ft at the snout of the glacier. From here, the going gets tough. The next two days involve climbing up 500 m each day on the glacier, before the final 500 metre pass climb and the 1,000 metre descent to the next camp all on the same day. 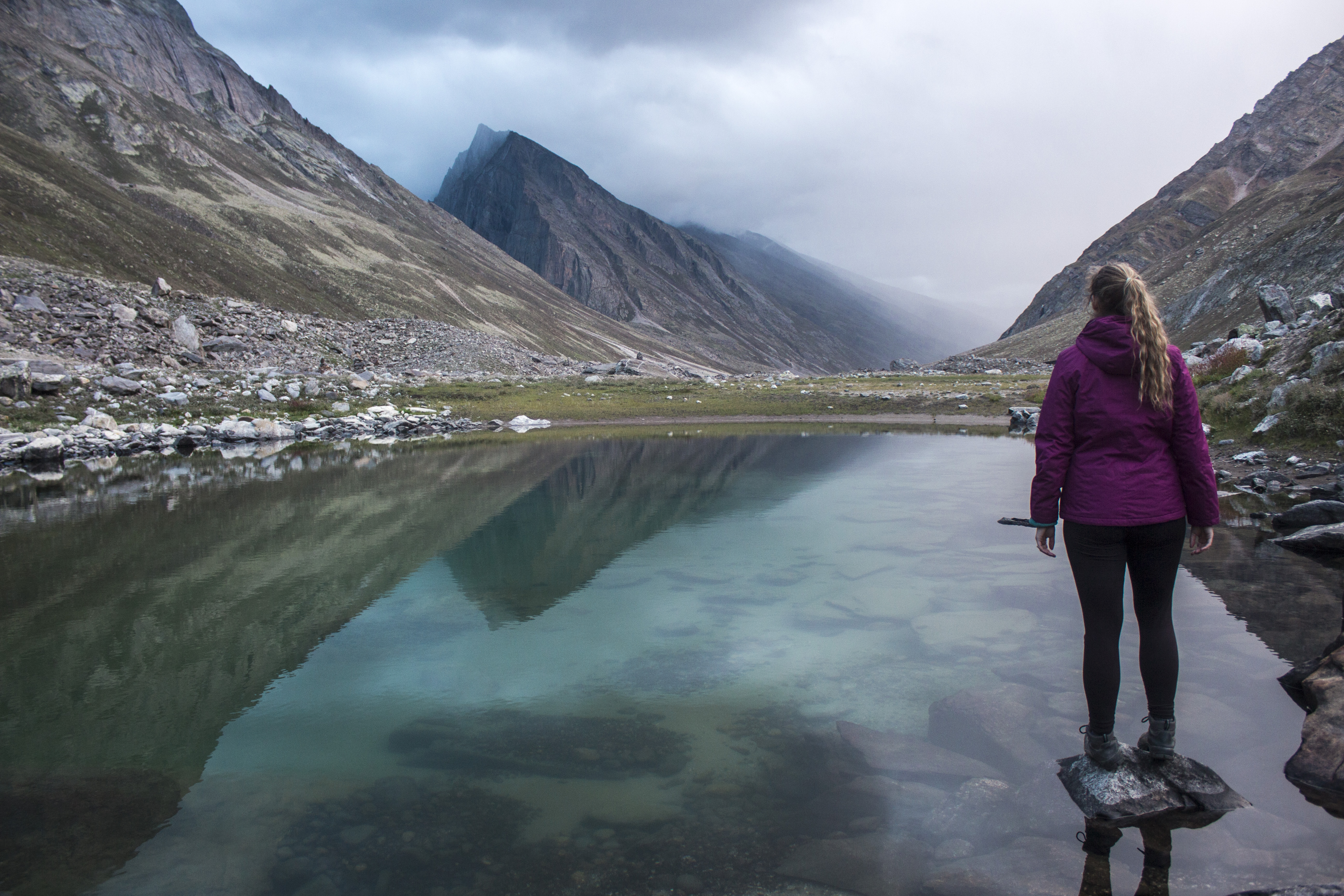 From the perspective of acclimatisation, Kang La is a safer bet any day. It’s a full five days to even hit the 14,000 ft mark. If you come down with AMS on this trail, you either haven’t had a drop of water since you left Manali, or you’re just the unluckiest person in the world.

Auden’s Col is by no means a monotonous landscape. You climb through dense birch and oak forests on the first day, onto vast, unending meadows with panoramic views of the Gangotri and Jogin peaks. You leave the meadows for harsh, alpine terrain - over moraine fields with hidden lakes, onto steep snow slopes for the final pass climb. Once you climb the pass, you walk through one of the most heavily glaciated regions in India - the crevassed Khatling glacier. Then back onto moraine and through dense forests once again before visiting the holy Vasuki Tal lake and the snow-covered Mayali Pass. The variation of terrain on Kang La is like I’ve never seen on any other trail. You start by driving on winding mountain roads through towering oak and pine forests. As you keep driving towards Rohtang Pass, the trees fall behind and you are greeted with a brilliant view of the Lahaul and Spiti ranges from the top of the pass. From the pass, you drive next to the raging Chandrabhaga (Chenab) river before turning north into the Miyar Valley. This is just the drive before you even begin the trek.

Once you start with the actual hike, you will forget every other trail you’ve been on. Okay, maybe that’s an exaggeration - but the landscape is unreal and unlike most places in the Indian Himalayas. The wildflowered meadows, the roaring Miyar river and the tall precipitous rock walls surrounding everything. The campsites? There hasn’t been enough written about them. You’ll walk by abandoned ghost villages and demons frozen into the rocks by the local deities. You’ll spot seven emerald green, holy lakes hidden all around your camp. Then you’ll climb onto the glacier - once you make it through the unending, painful moraine. The second longest glacier in Himachal Pradesh after Spiti’s Bara Shigri - the Miyar Glacier is like an expressway made out of ice. For two nights, you’ll sleep on the glacier (compared to the one night on Auden’s Col). It doesn’t stop at the pass either - there’s another glacier on the other side. You’ll walk a total of 30 kms on ice - with water channels flowing throughout the glacier, and disappearing into the abyss below. 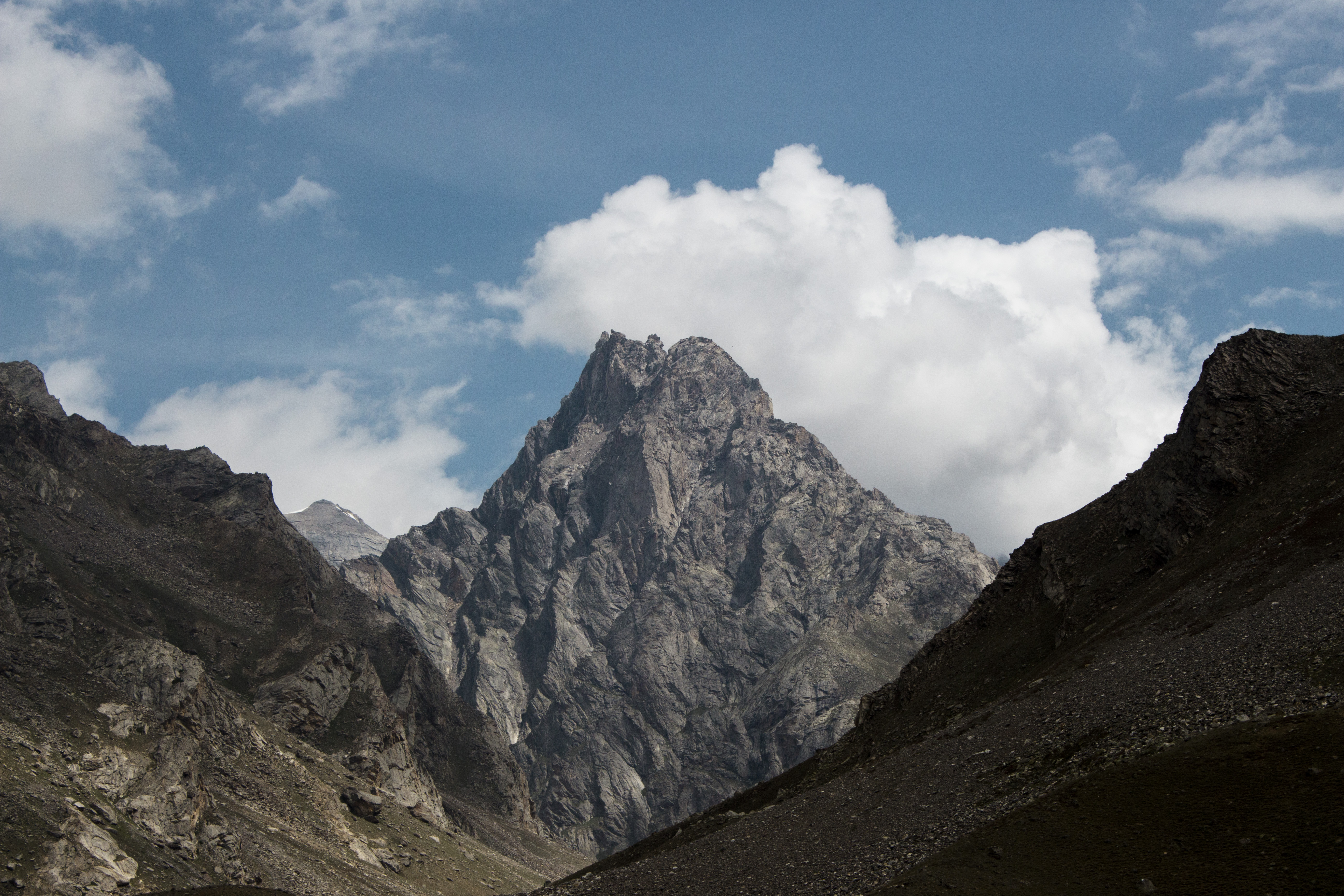 It’s not over after the pass either. You will now have crossed state boundaries and entered the Zanskar region in Ladakh, Jammu and Kashmir. Dry, arid, and massive. The mountains here are different shades of brown and grey and purple and red, and topped with snow and ice. You’ll descend into Padum (more about this later), and drive over the 4,400 m Penzi La pass, just next to the Drang Drung glacier - one of the largest glacial systems in Ladakh. At Penzi La, you’ll drive next to three brilliant blue lakes. It’s still not over. Just before you reach Kargil descending through the beautiful Suru Valley, you will sight the 7,000 m twin peaks of Nun and Kun, disappearing into the sky. Have fun craning your necks to soak it all in. You thought it was over? Still no. From Kargil, you will drive into the paradise of Kashmir, over the icy Zoji La pass and finally into Srinagar. By now, you’ve quite literally travelled across the breadth of the Indian Himalaya.

I don’t think there’s any discussion required about who wins this point.

Gangotri is possibly one of the best trailheads, and Auden’s Col allows you to visit some of the most remote valleys in the Garhwal Himalayas. Kang La takes you to Manali, Lahaul, Zanskar and Kashmir - a complete tour of Himachal Pradesh, and Jammu and Kashmir.

There are two places you’ll visit that require a special mention. The first of these is Padum. Padum is the administrative capital of the Zanskar valley. While many of you may have heard of the Zanskar river since it freezes into the famous Chadar Trek in the winter months, but the river extends hundreds of kilometres beyond what is hiked on the Chadar. The most remote kingdom of Ladakh, the villages around Padum are at least two days away from civilization or any major town (Leh or Srinagar). The local population is self-sustained and cut off from the rest of the world for the better part of the year. After the winter snows, the 4,400 m Penzi La is shut till it is reopened in the summer, cutting off all access to the valley. The sunsets are spectacular and gompas stand high on the steep, dusty hillsides. The silence at night is palpable, and the Milky Way is an everyday sight.

The second, of course, is Srinagar - the paradise on earth. The Mughal gardens, shikara rides on the Dal, Wazwan at Karim’s and chocolate almond tarts from Ahdoo's. The perfect way to end a trans-Himalayan journey.

While you should obviously make up your mind, and both treks are amazing experiences, if I could do only of these trails again, I would pick Kang La in a second. 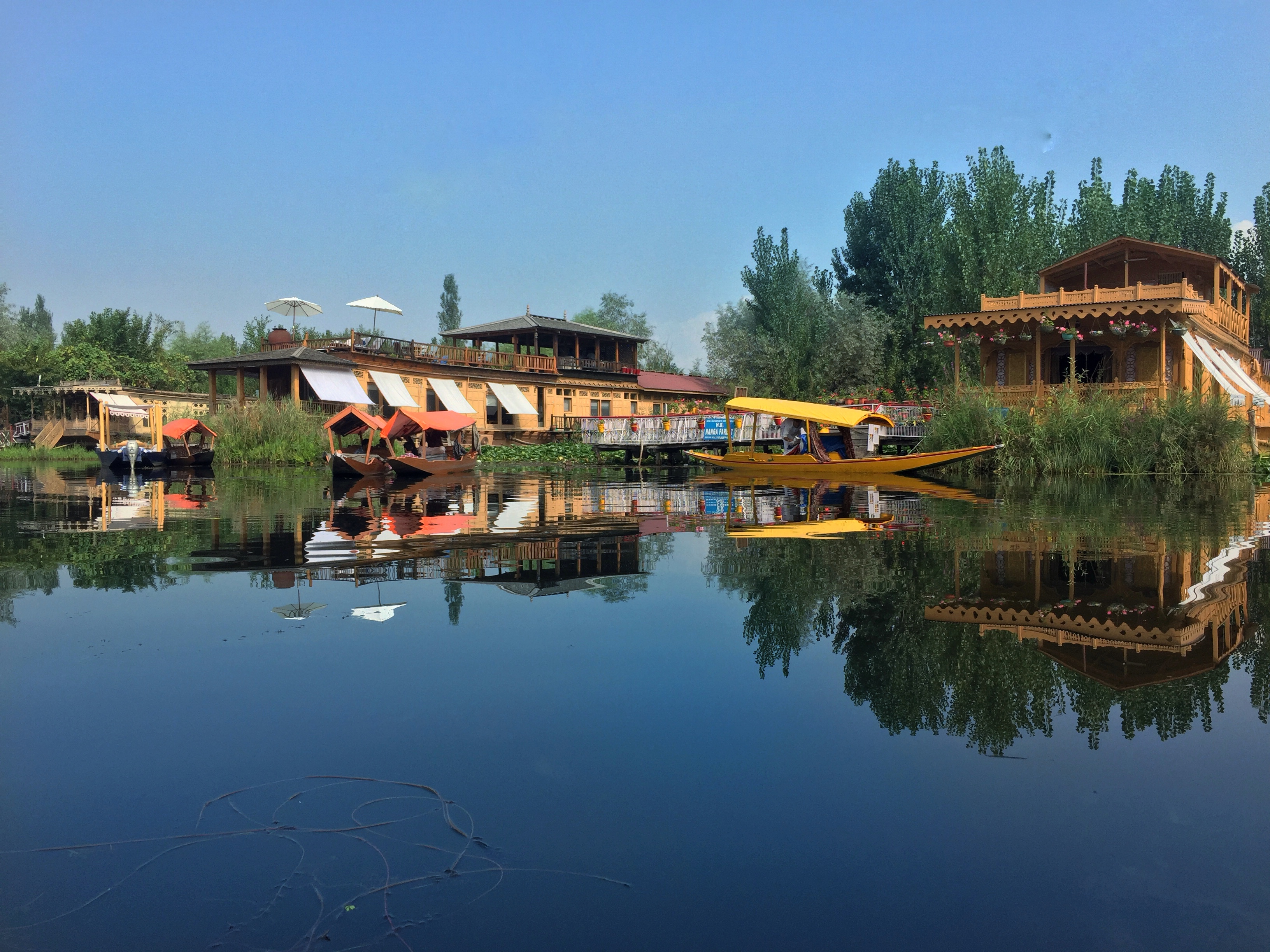