A walk in the land of myths: Bali Pass

Stories and the myths of Bali Pass Trek

We all grew up listening to fables, myths, and legends. And they fascinate us. They take us to a different world. There are faiths around the world based on stories and even against all odds, a part of us wants to believe that the world was not as we know it today, that these stories didn't come out of anywhere.

The Himalayas are a landmine of myths and you'll always come back with stories to tell. Bali Pass too has some insane stories and we spoke to some locals and our guides and did some research too, in order to find the right version of the story. Well, there is no right version actually, no one can really confirm what happened in the land of the Hindu Gods, but here are some fascinating tales about Bali Pass.

Bali Pass is named after Bali, the king of monkeys, ruler of Kishkindha mountain and the guy who defeated even Ravan. There is a festival in India called Dusshera, which is a celebration of good over evil and the death of Ravan. So, Bali plays an important role in Hindu mythology. But here’s the thing, Kishkindha mountain is in south India (Karnataka to be specific), so I am not really sure why a pass in Uttrakhand (located in north India) is named after Bali. When we asked around, the only answer we got was that Bali had traversed through these mountains, and killed a demon at Odari and so this pass is named after him.

Here's a picture of Odari campsite. 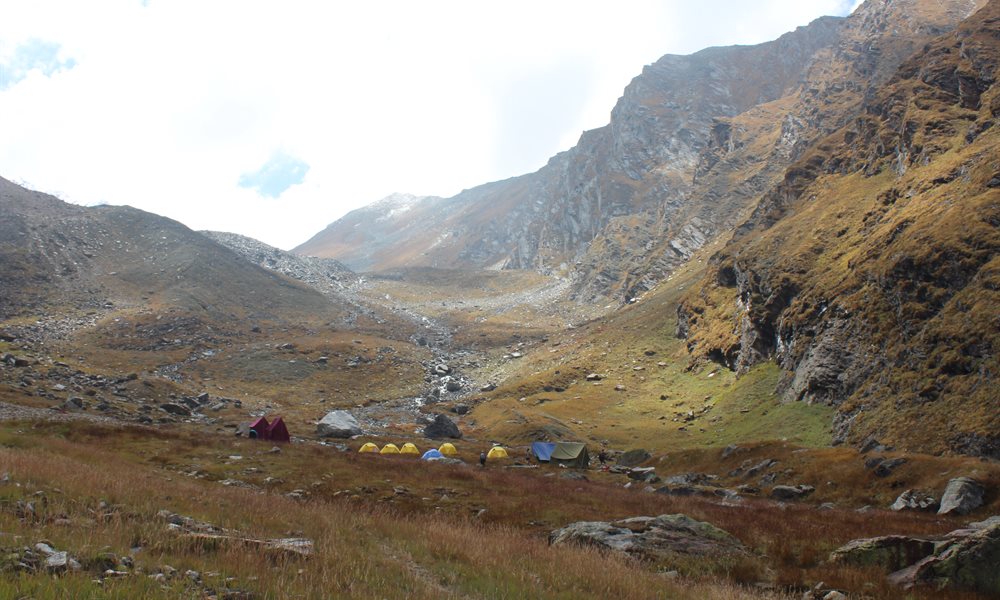 The story of the demon that was killed at Odari:

Now Bali was granted one magical superpower by Lord Indra, the power of strength. If Bali battled anyone, half the strength of his opponent would be transferred to him. And so, Bali was considered invincible and no one could kill him.

Once a demon, drunk by the disillusion of his own power, challenged Bali to a feud. Bali apparently gave him one massive blow and sent him running off with fear. Bali and his brother Sugreeva, followed him to finish the job, but the demon ran into a cave. Bali was about to follow him into the cave, but forewarned Sugreeva, that if Bali doesn’t return within a fortnight, assume that he had been killed by the demon. A month passed by and Bali hadn’t returned, and instead of Bali, Sugreeva saw blood flowing out of the cave, so assumed Bali was dead. On the other hand, Bali had killed the demon but got stuck in the cave as the exit had been destroyed in the feud. He finally made his way out of the cave and reached Kishkindha.

So, that was the simplified version of the story.

The land of the Kauravas and Pandavas:

Now I am not well versed with Ramayan or Mahabharat, but I know these are two completely different mythical tales independent of each other. A lot of blogs mention that Bali Pass is the land of Kauravas and Pandavas, who are characters of Mahabharat, and Bali is a character of Ramayan. So, there is some major confusion about the origin of this statement. Even after asking a lot of locals, we couldn’t get any solid answers of why this place is called the land of the Kauravas and Pandavas.

What I think is, these are borrowed tales of Har-ki-dun to add some charm to Bali Pass trek, because Bali Pass connects Har-Ki-Dun with Yamunotri. But then again, there is no way to find out what's right.

Har-ki-Dun is known as the valley of the gods, Dun means valley and Har refers to Shiva or God. You can read about the mythological stories behind Har-ki-Dun valley right here.

The story of Swargarohini:

Swargarohini has attracted many climbers due to the myths behind the peak. You'll get to camp at the footsteps of  Swargarohini on the trail. Now, according to Hindu mythology, Swargarohini peak leads up to heaven and is not an easy peak to summit. Some take that in a literal way, while some associate ‘heaven’ to the views you get from the top. 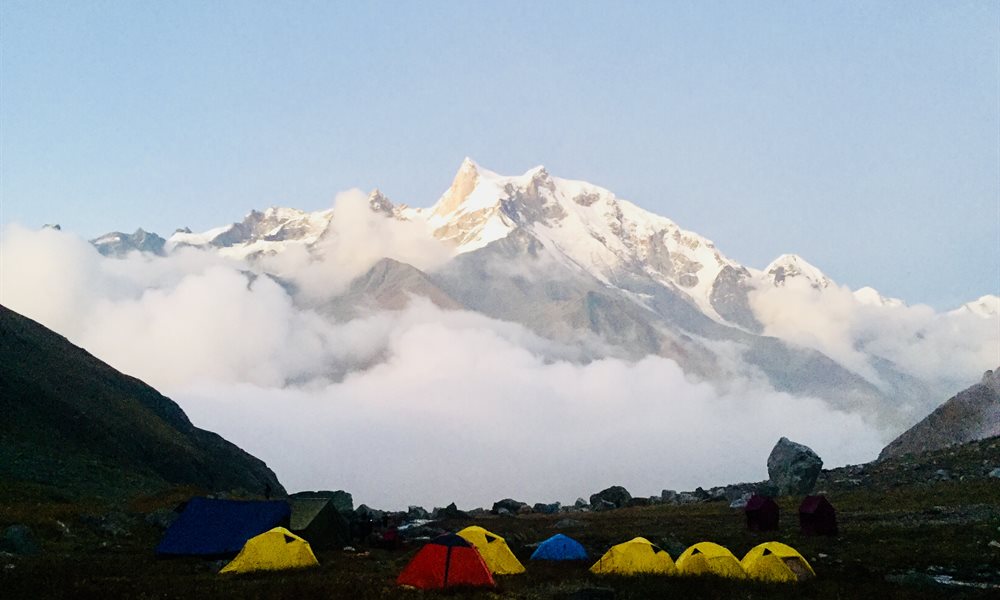 Here’s the story behind Swargarohini.

So, in the Mahabharat saga, the Pandavas (5 brothers) led by Lord Krishna fought the Kauravas and won the battle. As per the ancient traditions of Sanyas, the brothers, along with their common wife - Draupadi, left for the Himalayas after having spent a long time ruling over the Indian subcontinent. During their final abode to the Swargrohini Peak, none of the brothers made it till the end except Yudhishthira who is recalled as the Dharmraj. It is believed that he attained heaven without leaving his physical body from the peak. Thus the name "Swargrohini" meaning the direct way to heaven (Swarg = heaven + Rohini = way). However, he was not alone, apparently, a dog helped him along the way, and accompanied him all the way to heaven.

And what’s awesome is that even we had a dog who tagged along with us and trekked with us all the way till the end of Bali Pass. He didn’t really help us, he just ate all our biscuits and goofed around all day. But it was just a surprising coincidence. 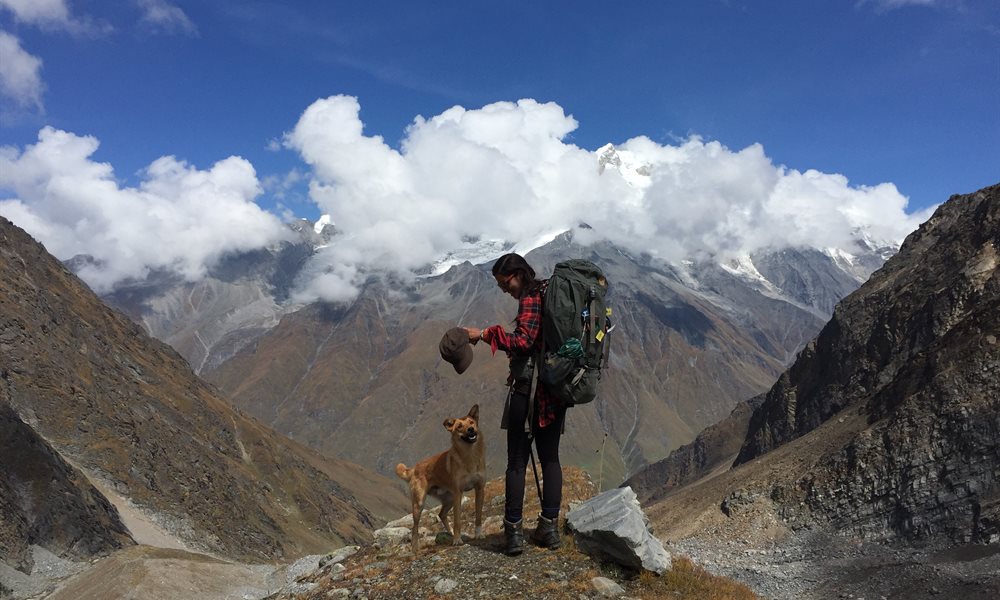 The flower of the Gods – Brahma Kamal:

Brahma kamal is the legendary flower that is hard to come across in the Himalayas. But you’ll find Brahma Kamal at Odari campsite as well and there are a few legends around this flower too.

You must have heard of the story of the birth of Ganesha. If not, here it goes. Parvati created Ganesha while Shiv was not around and asked him to guard a the house and not let anyone in until she bathes and comes back. Shiv tried to enter the house but Ganesha refused him entry and in anger, Shiv beheaded Ganesha. Boom! Dramatic I know, but this is what apparently happened. Now, Parvati was obviously unhappy about this, and on Parvati’s request Brahma created Brahma Kamal with healing powers and with this help of this flower, Shiva was able to place the head of an elephant on Ganesha’s body and revive him. That is why this lotus is given the status of a live-restoring flower of the Gods. 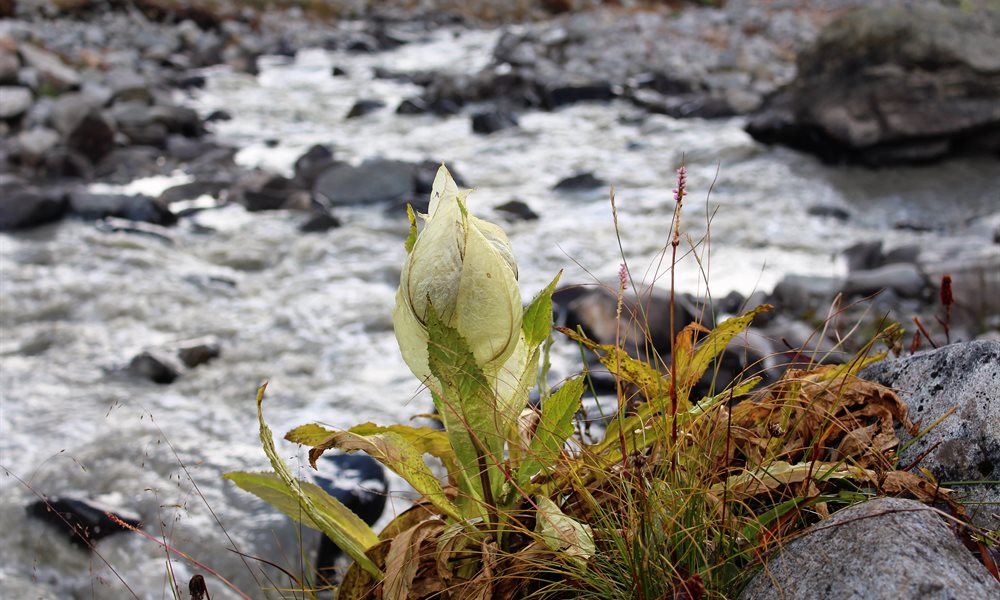 So that’s it folks, those were the myths we heard during our trek to Bali Pass.

To be honest, I feel life would be super dull without mystical stories, they tend to make the places and things attached to them a tiny bit special.