What all peaks you see on Kuari Pass-Pangarchula Trek

Kuari Pass is not just another winter trek.

Sure you get to enjoy snowfall and build a snowman. What you also get on this trek is views of so many star attraction peaks of  the Garhwal Ranges which are popular among mountaineers. And the best part these peaks start revealing themselves right from the Day 1.

Know about Mt. Rushmore in South Dakota, USA? That’s how the sight of Auli looks like. (well! not exzctly, but nearly) The feeling of being surrounded by all these peaks is a feeling you can’t put in words.

Or maybe there’s a word for it. Glorious!

FYI, you get a 360 degree view of all these peaks from Pangarchulla Peak. So, all in all, Kuari Pass- Pangarchulla Trek itinerary is high on ROI.

Here are all the peaks you will see on Kuari Pass Trek:

This peak is the show-opener. You will see Mt. Dunagiri hidden behind the peaks as you reach Joshimath. You will get its views till the end day of the trek which is why it is also a show-stopper.

Many medical expeditions have been launched for Dronagiri to find panacea ‘Sanjeevani Herb’. While expeditions to the mountain have been successful, we have still got no luck at finding the herb.

According to the legend, the whole chunk of mountain that Lord Hanuman took away for Sanjeevani Herb was a part of this gigantic mountain. There is even a village in Uttarakhand called Dronagiri located at an altitude of 11,800 ft where people still don’t worship Lord Hanuman, as told by my local guide, Debu Bhaiya. They got furious with Hanuman for defacing their holy mountain. 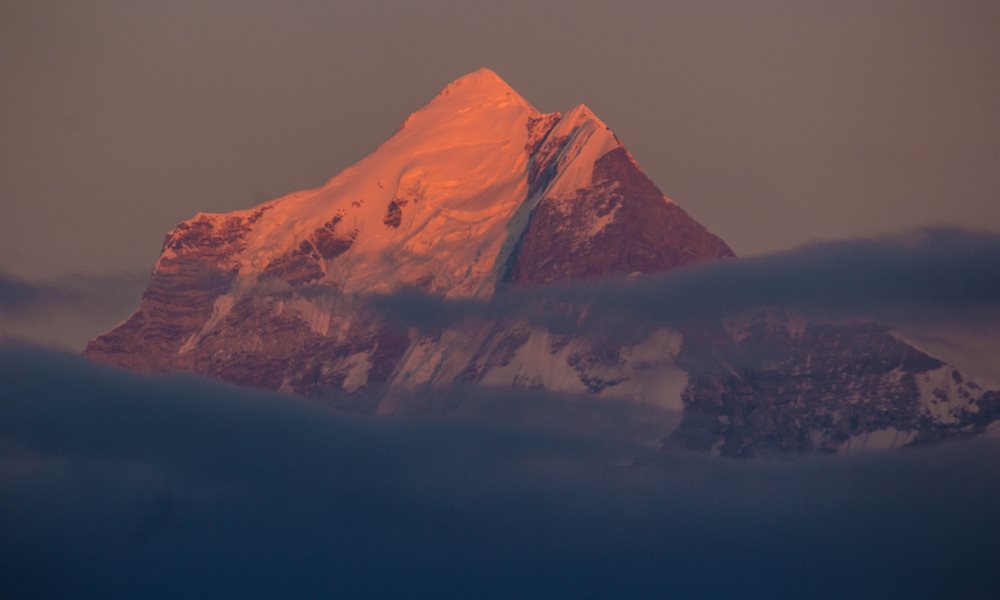 You are lucky for you will get a clear perspective of India’s 2nd highest peak on Day 1 of Kuari Pass when you start your trek from Auli.

The trail of Kuari Pass goes parallel to Nanda Devi Wildlife Sanctuary which is why you will see it most of the times on your trek. But circling around the close quarters is prohibited since it is closed for commoners.

The shape of the peak is what makes it stand-out of all other peaks. The beautiful sculpted shape with steep slopes makes it one of the toughest to climb. 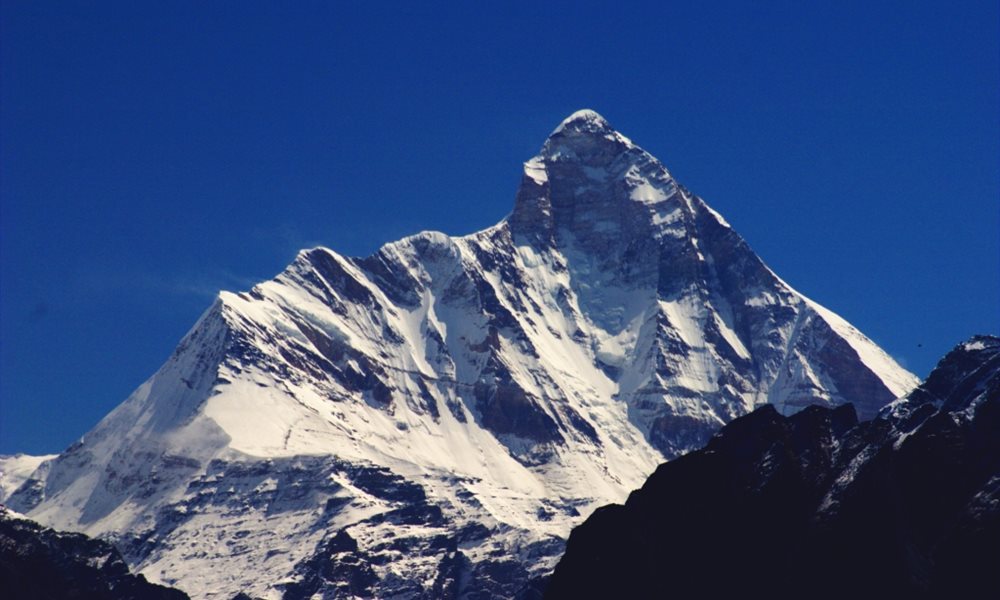 The two adjacent peaks are not hard to recognize because of their uncanny shapes. That quirky person we all have in our friend circle, that’s what these peaks are when you spot amongst others. Lol!

The most photogenic view of these peaks you will get is at Khullara campsite where the duo stands tall in aplomb. If you start your trek from Auli, it’s there you will first spot them. 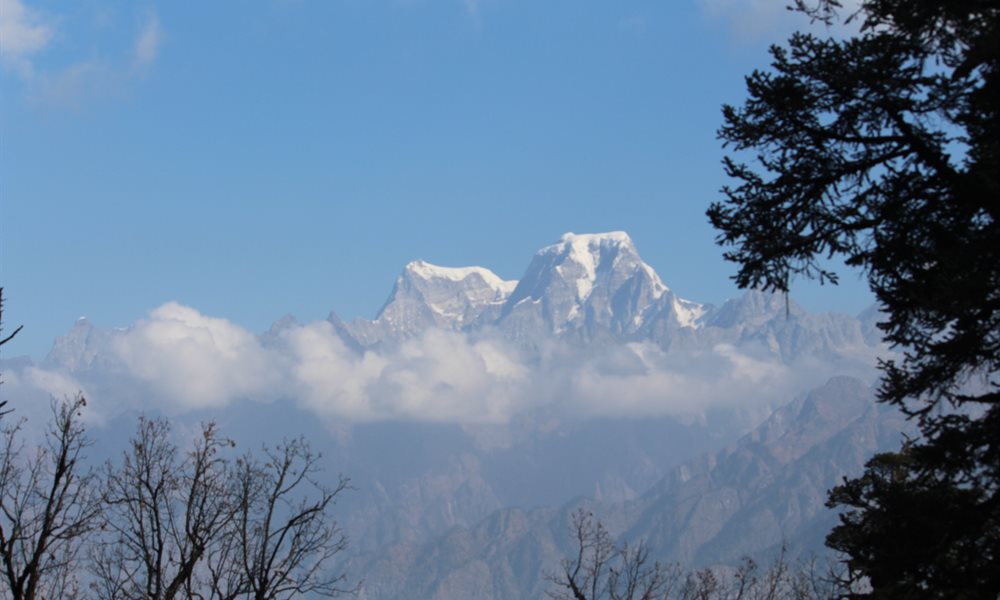 This massive massif is hard to miss at the campsite of Gelghad when the sky is clear. In the morning, the massif shines bright in the sunlight. The view will take your breath away.

Chaukhamba Mountain Massif is a cluster of four peaks, first one being the highest (7,138 meters). A part of Gangotri group of Garhwal Himalayas, it was first successfully climbed in the year 1952. 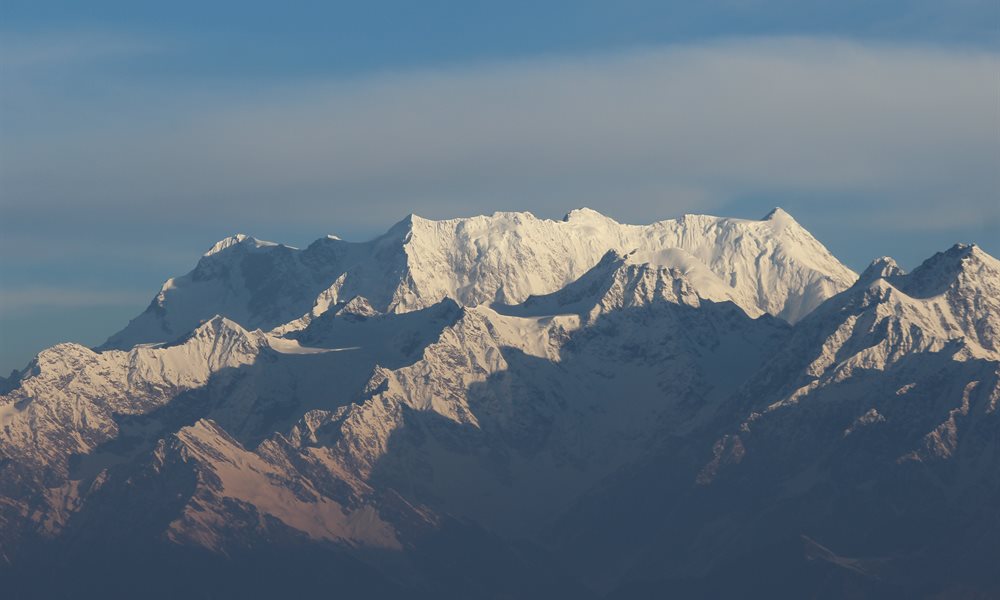 Next to Chaukhamba Massif lies one of the most revered peaks in the Hindu Deity, Neelkanth. Satopanth Glacier lies on the north-west side of the mountain. It was first successfully summited in 1974 after various failed attempts.

If you believe the Hindu legends, there was no mountain at the spot where it lies today. A route would connect Kedarnath and Badrinath. But because of the sins of a priest who worshipped both these temples in a day Lord Shiva got furious and erected a sky-rocketing mountain between Badrinath and Kedarnath. 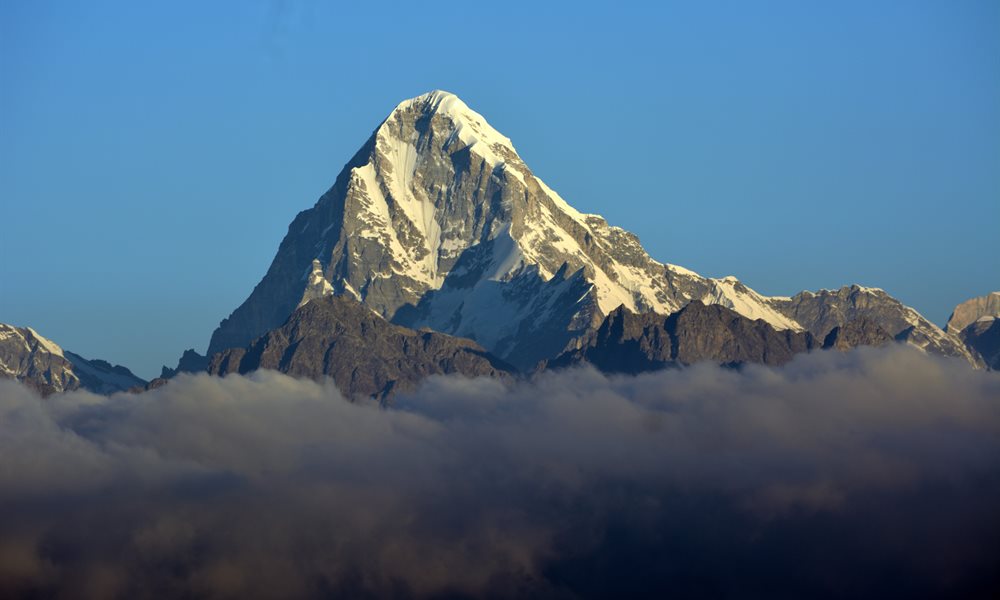 When you take a panoramic sweep enroute Pangarchulla, you also get the views of Kamet, Mana, Mandir, Barmatia, Lampak I and II. On the days of clear weather, you will feel blessed to be in the presence of such sensational sight. 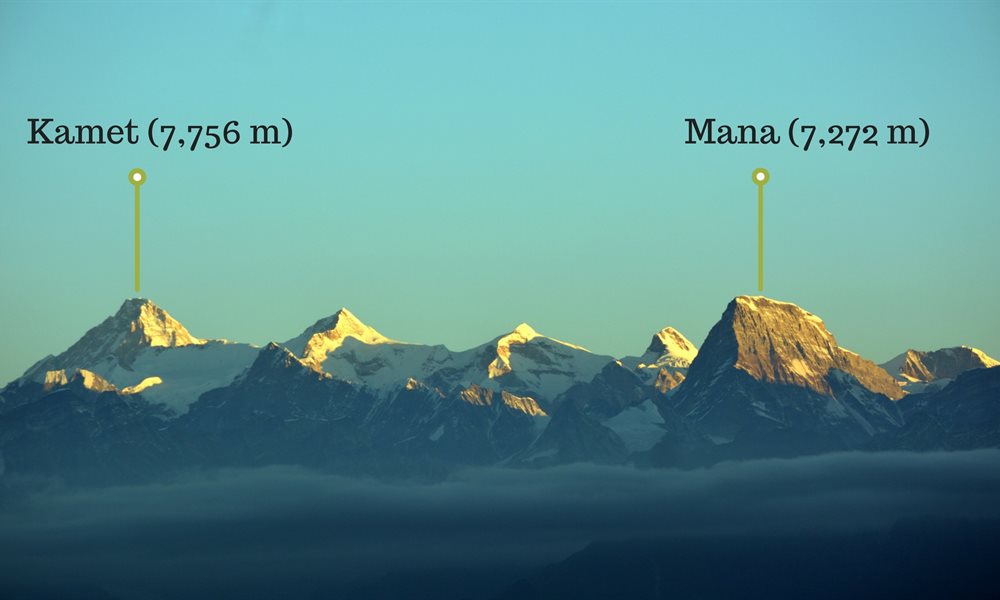 You also get a glimpse of Mt. Trishul (7,120 m) and Nandaghunti (6,309 m) enroute Pangarchulla Peak. Though the view may not be as great as one gets to see on Roopkund Trek. 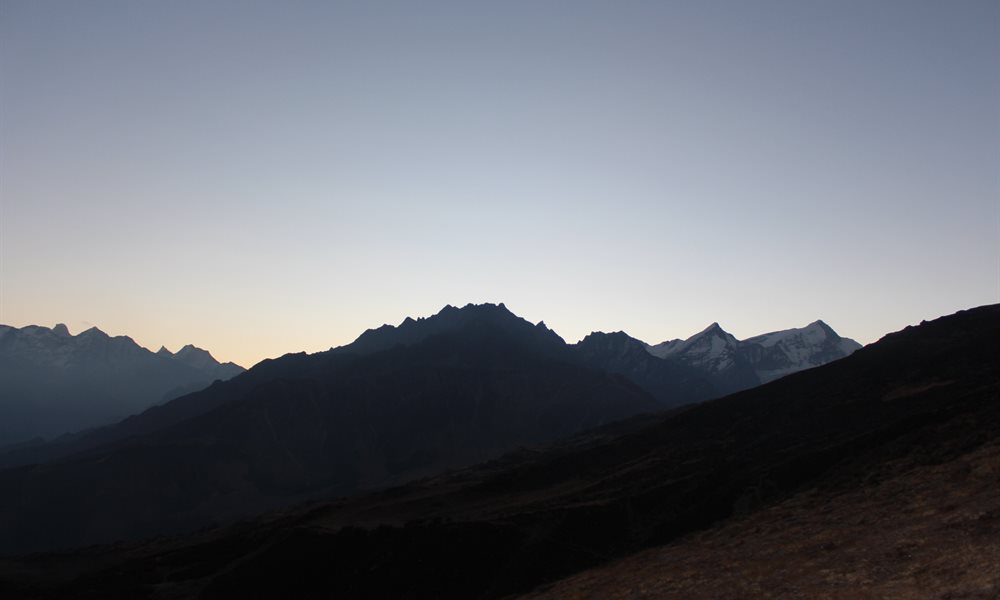 Isn't it such a delight to be in presence of all 6000-ers and 7000-ers? It sure makes you proud of Indian Himalayas who are home to so many beautiful peaks.