The world changes by your example and not your opinion. The memory of the 2 and half year long intensive and exhaustive treatment is still very fresh in my mind. I had started defying the odds by running a 10km in under 57 minutes, while I was on treatment - that had helped me reach out and inspire not only others by myself as well. By the end of my treatment, I had lost both lower halves of my lungs.

That was the day that I had promised myself, I would be doing another insane thing if I survive the treatment and get out alive from this. It wasn’t far after I popped the last set of pills in May 2016 and I had already signed up for one of the most challenging treks in India – Stok Kangri Summit – 20,000 ft. One of India’s highest non-technical trek, this boasts to have a difficult path to the top. This was my next step forward, to slap depression and embrace the impossible. 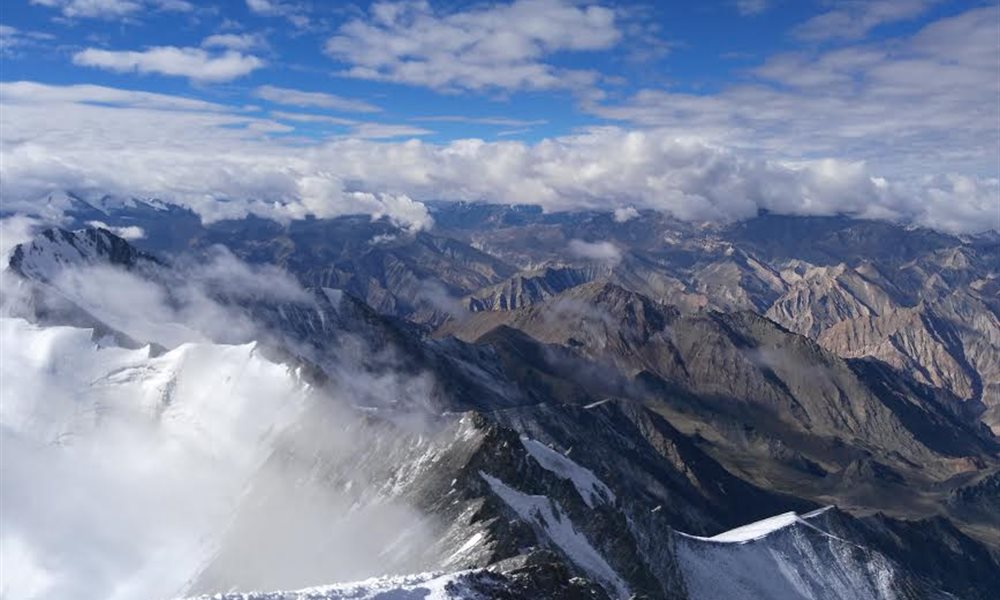 There was a lot of noise when I made to this discussion, a combination of both discouragement and concern. There are people who have been severely affected due to mountain sickness and others who have had to give up due to lack of fitness. It was a known fact to me, that very few handful people supported my insanity. This was a big decision and dreaming about the summit was not enough for me, I had to work for it.

This was no ordinary 10km run or a trek in the local mountains. This was at 20,000Ft., where the oxygen is 40% lesser, the air is thin, the temperature is negative and the weather isn’t always your friend. The days are hot and the nights and freezing. There are no washrooms, beds or water purifiers; there is limited food and a 10kg bag-pack on you. My prep phase was tough, but still not tough enough for the mountains. The day I reached Leh, I got hit with severe headache and dizziness. Fortunately, I had my brother Harshad who had been my strongest support there.  We trained by climbing steps to the Stupas and old palaces, slopes and little mountains. I could feel the beating that my compromised lungs took for every breath with every step. It’s a high altitude desert, with naked mountains and minimal oxygen. 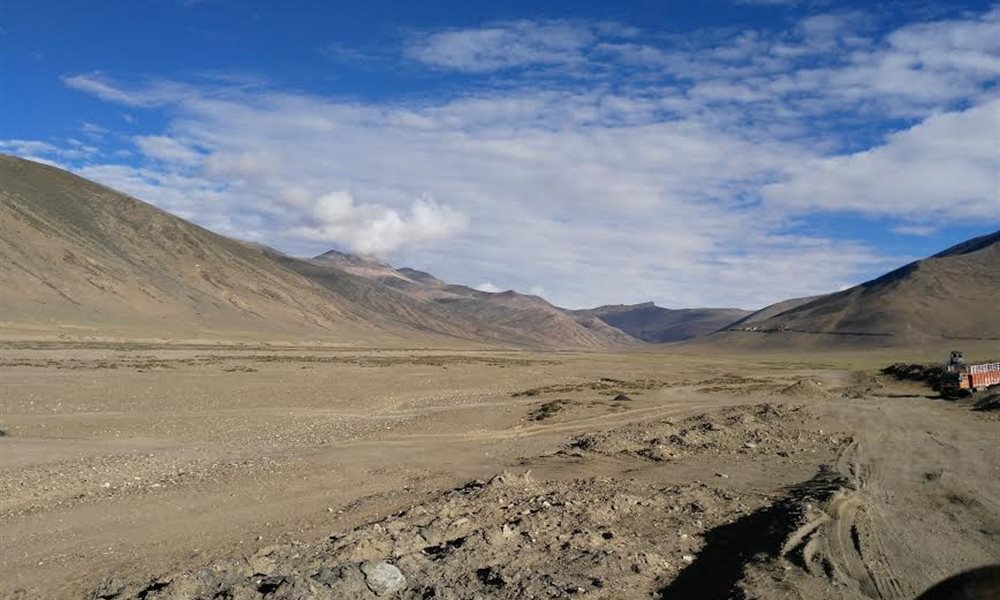 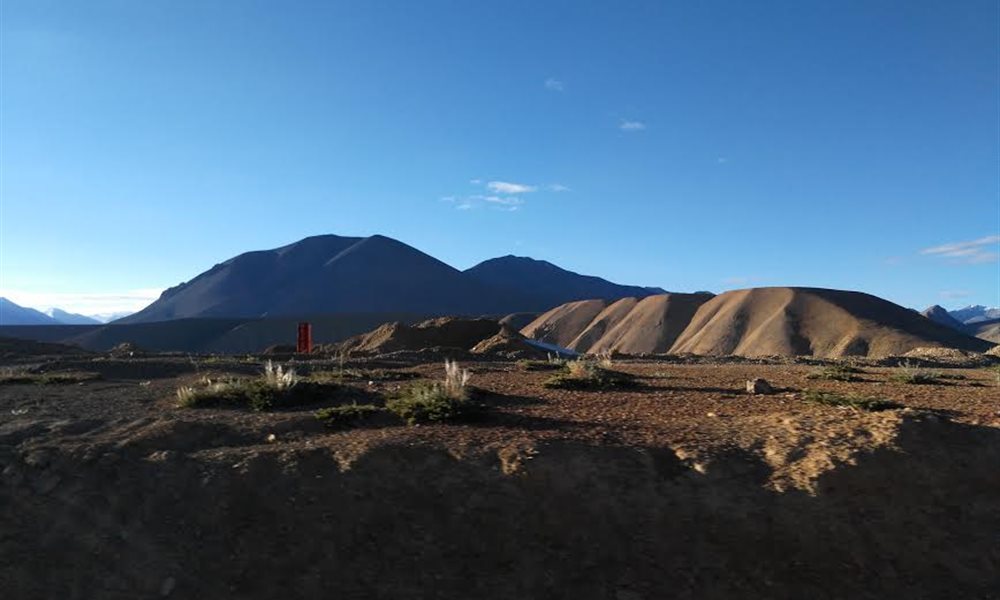 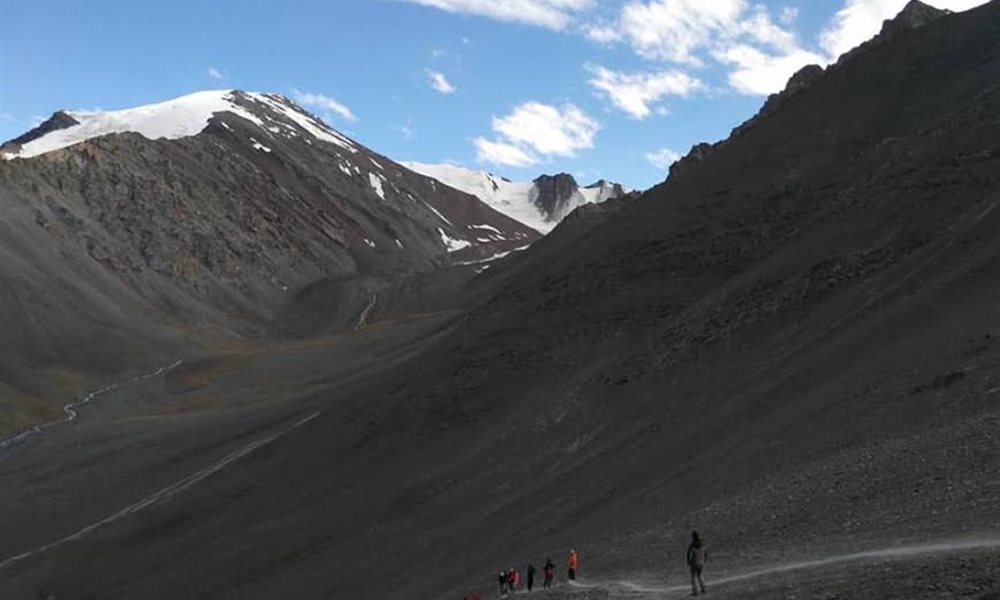 I was fortunate to have a good trekking group with me, though there were another 45 people who were attempting to get to the top. As the days passed by, the number went dropping, till we reached the base camp. Some had to be rushed to the hospital due to medical reasons, while others could not handle the altitude and endurance. Finally it was the summit day, perhaps one of the most challenging hours I have ever faced. We started at 9pm in the night, and got hit by a snowstorm at 3am midway on a 60-70 degree steep slope. Many returned with that, and the unfit ones used it as an excuse to move back. Some stern heads like us waited for the experts to make a decision of what needs to be done and within sometime we decided to move forward with the leftover people. We finally reached the summit at 9am. 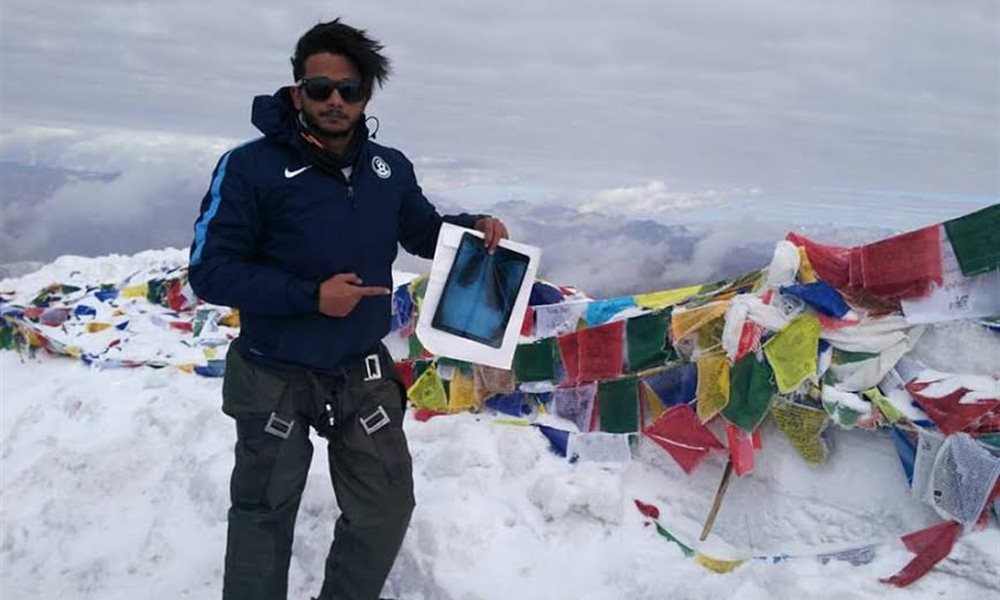 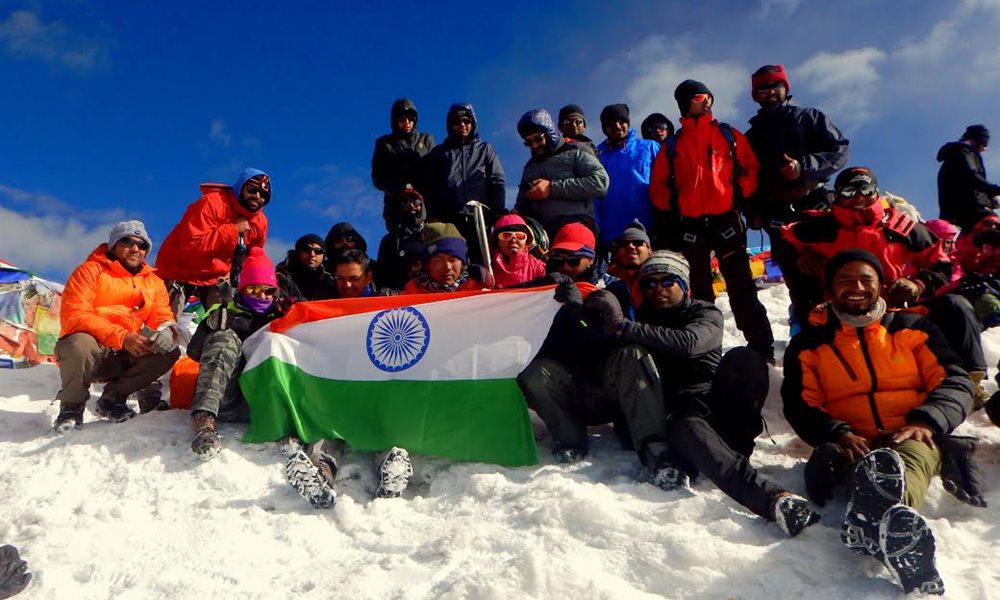 After all that had happened over the last 12 hours, I could not stop my tears. There is no feeling better than being able to breathe at that altitude and to know that you’ve checked off the impossible. I owe my life to my mother, family, doctors, friends and mentors. It all flashed back in a fraction of a second – those pills, injections, side effects, bedridden days and helplessness 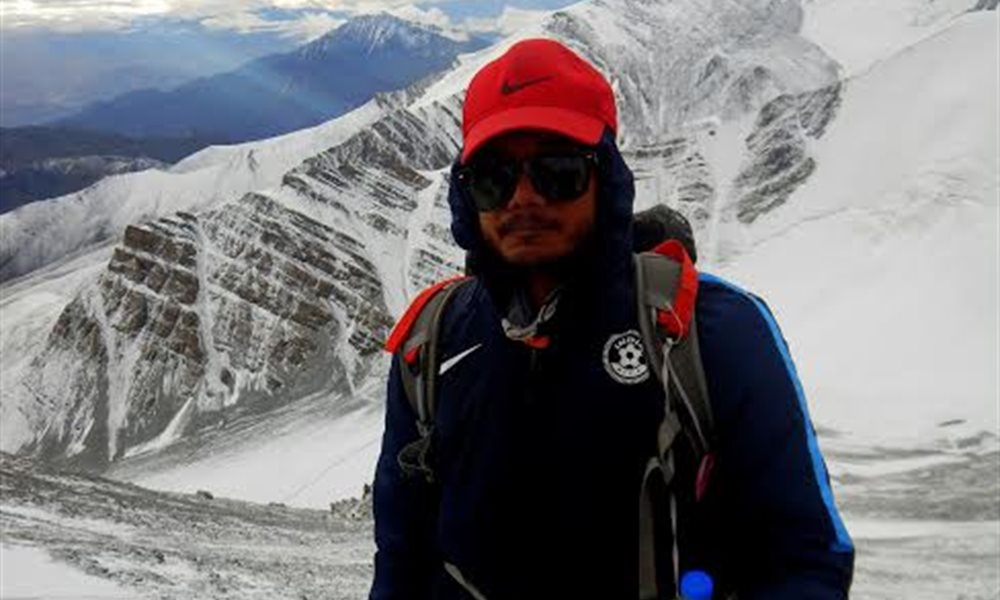 For once, I knew that I was absorbing and feeling the atmosphere and landscape more than anyone out there. I had truly tasted what inspiration was, and the power it held. As I started my journey back down, the only thing I could think for the 6 hours of disembarking was, I need to get it out there. If I could it, anyone could do it. There are so many others who need to believe they can overthrow their circumstances, and not just survived but live the way they want to live. 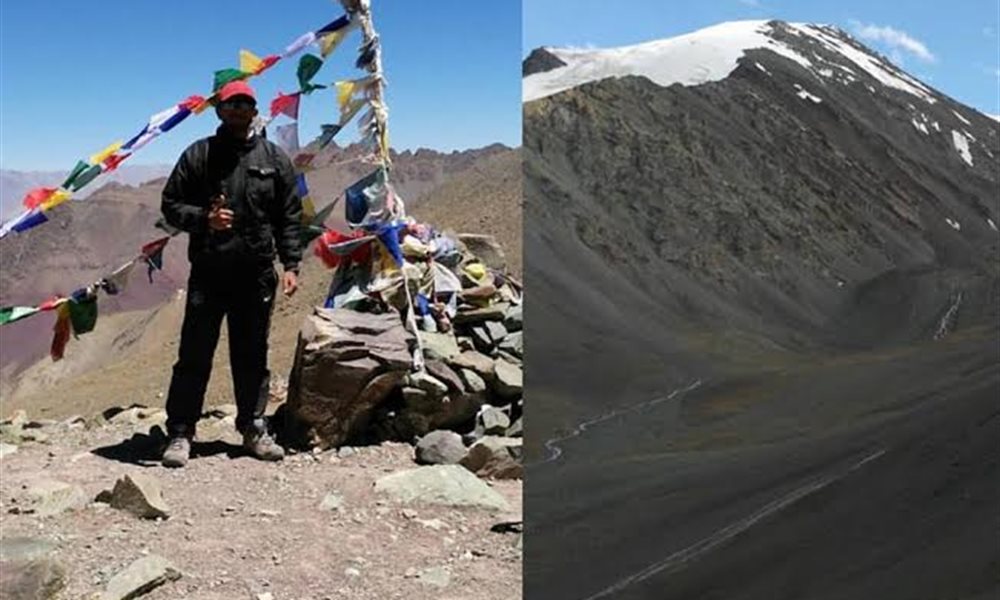 For the fellow adventurers who are planning for stok Kangri stok, I am sharing my traing schedule:

Saturday rest and Sunday cycling for around 50 kms-80kms

Tuberculosis or TB is one of India’s severest health crises. It kills 1400 Indians everyday and constant delays and inaction has made this curable disease into a night mare for the ordinary Indian. We as survivors of TB have put together suggestions on critical areas, which need immediate attention and action for fighting TB in India. Government action on these issues is not only likely to enhance TB control but also assist in reaching its commitment of Universal Access. These suggestions are based on our experiences of surviving TB and working with numerous TB affected individuals who have reached out to us for support. 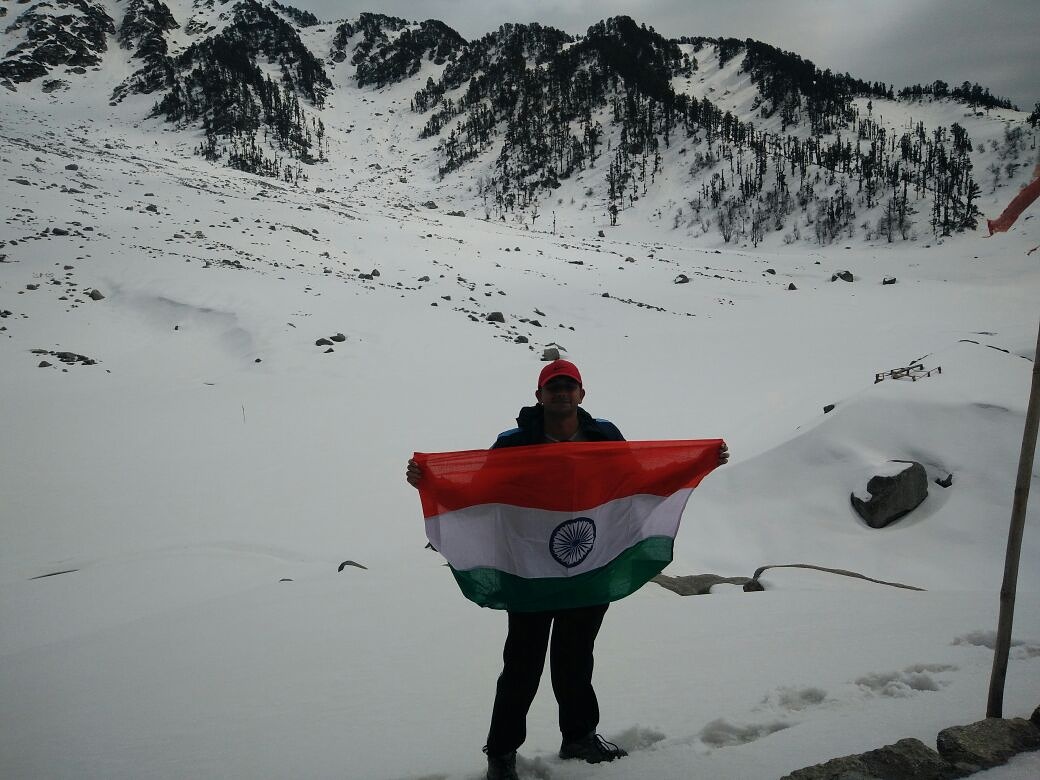