For all those who think that body is subordinate to mind, Time to think again ! ( An Experience of Har ki Dun Trek )

Day 0 - is always lived in the shadow and in the anticipation of day 1. But most of the times, it betrays our thinking. We always know about ‘what is to come’ but very rarely it crosses our mind, how it comes. So here we were sitting around the bonfire in the chill of the night, our bodies almost like thermocouples, high on spirits, both chemically and spiritually and discussing like adults with Har ki dun at the back of our minds. What about it i.e Har ki doon?

Well it’s a three-day tour with two overnight halts and we have to walk in mountainous terrain to reach Har ki doon which is a very beautiful place and we will enjoy its natural beauty. So simple and clear. What is to worry? We know what is to come and we have come prepared.

Perhaps ‘how it is to come’ makes its appearance like a Betaal hanging on our shoulders during the journey, the in-between phase only to disappear again at the end. That’s why it always maintains its haunting novelty. It is absent in the beginning and at the end and perhaps this quality entices us to return again and to start again.

We are always confident about our bodies. We think we know it, familiar with its gestures and its mechanics. But that same body changes into something else, something very different that we are shocked to recognize that it is not what we had or knew. The utter strangeness of something which appeared too banal a moment ago is after all not a soothing experience especially in the middle where it is not possible to retrace our steps and almost impossible to move forward. Maybe that’s why it is called ‘Saahasi Paryatan’. 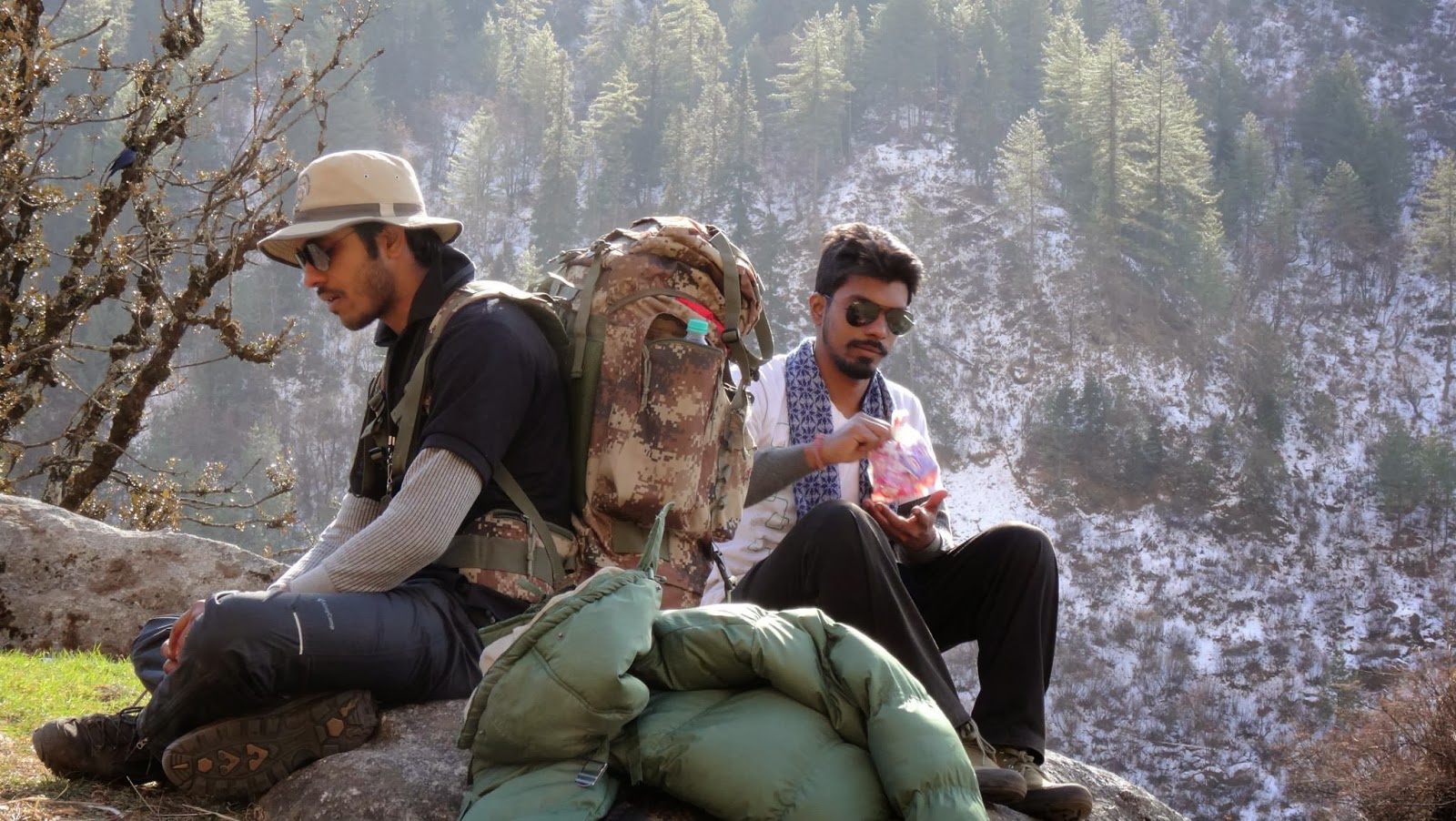 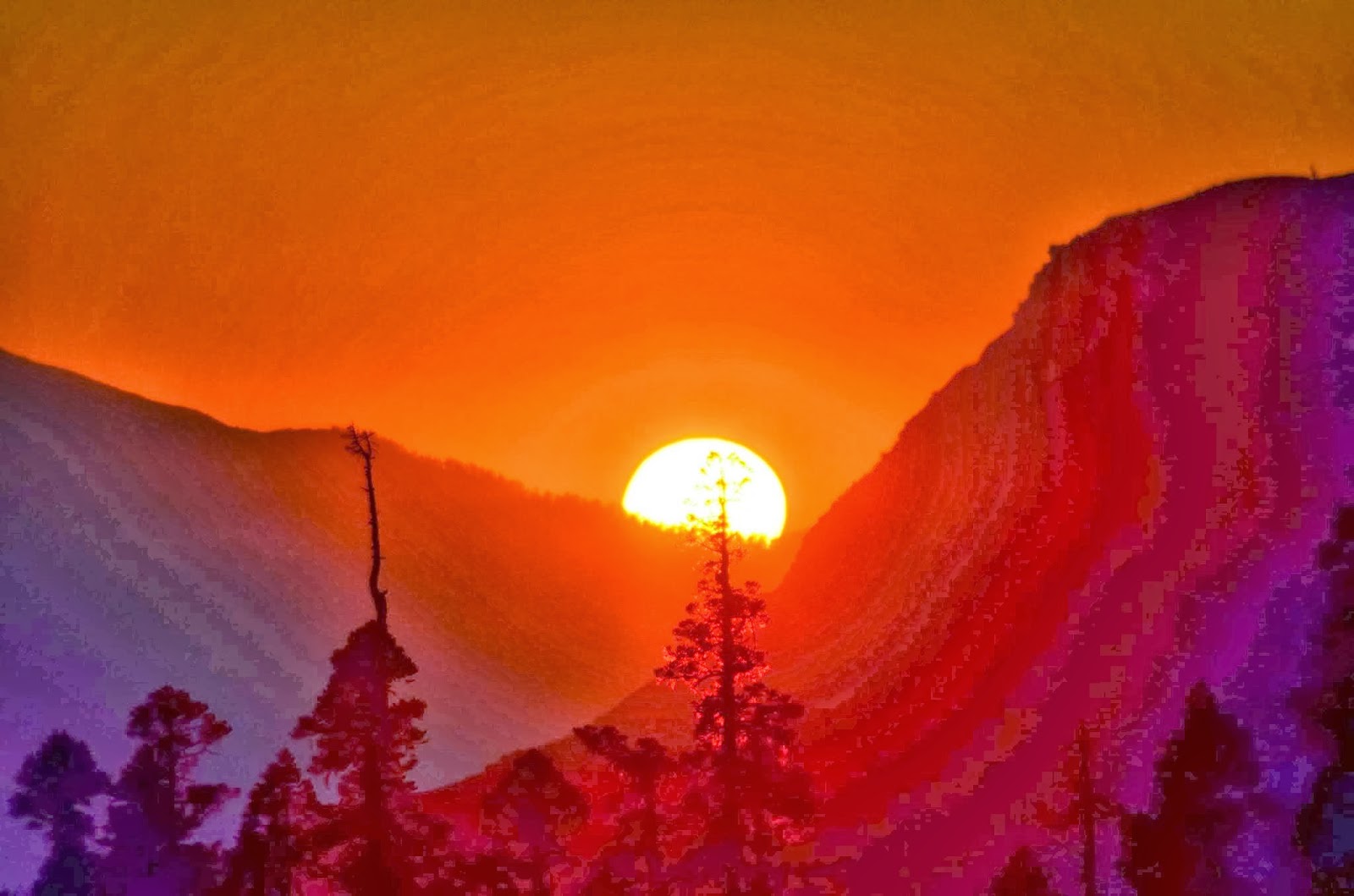 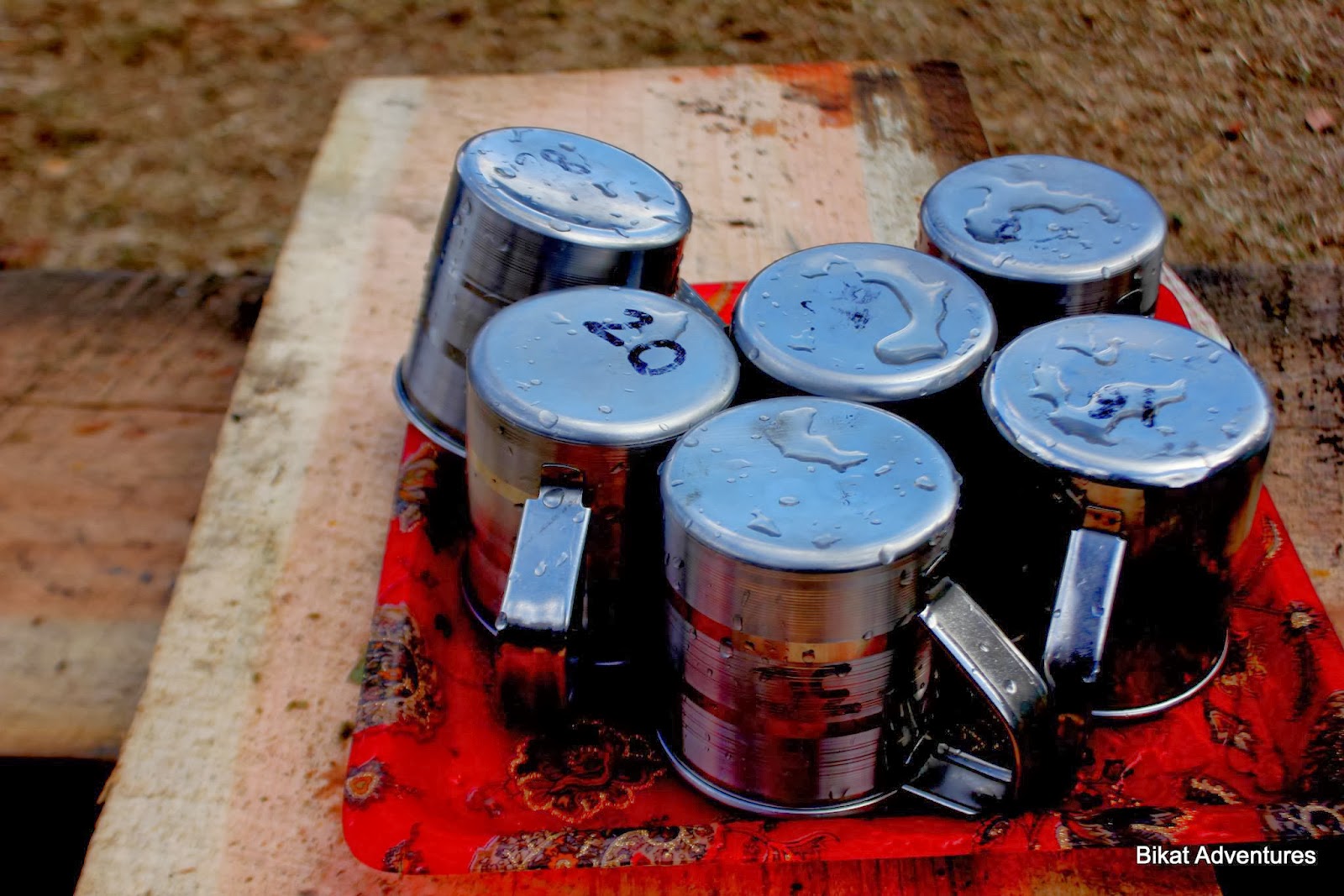 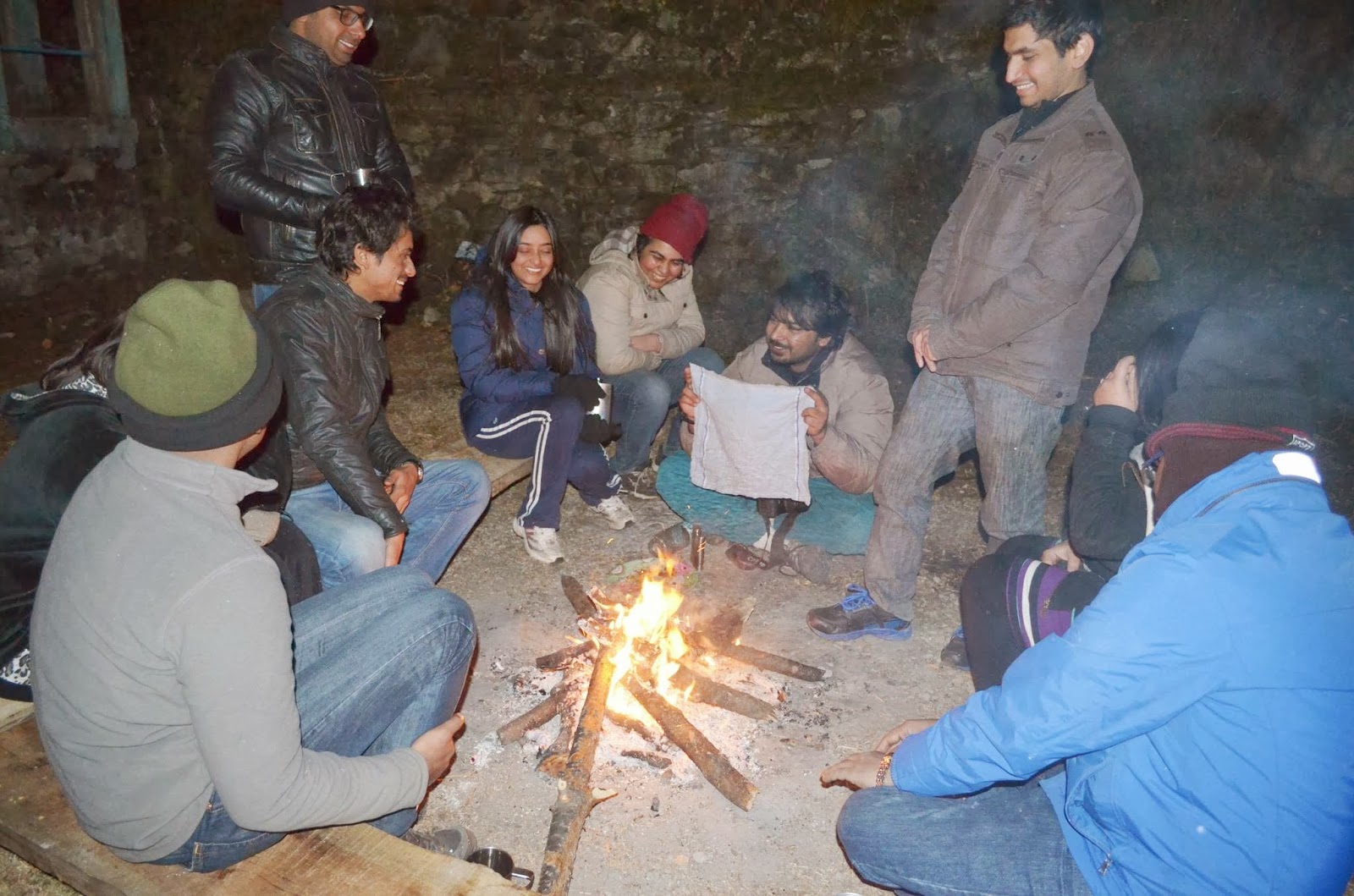 Day 1: We started our day one of the trek almost on time. The starting point was a small village called Taluka where we reached on a jeep with our backpacks carrying all the essential things which we were going to require.

The most interesting part was (for me at least) at the end of the journey, it came out that the only thing I used from that backpack was my toothbrush. And I thought in the bag I was carrying the most essential things. God must have been laughing at my innocence.

From Taluka, we started our march towards Seema which was going to be our halt for the night nearly 8 k.ms away from taluka. It can be named in retrospect as ‘The long march to Seema’. The weather was fine. The sun was shining brightly giving us no reason to worry and we were walking. But this is not a fairy tale of the tourism industry which we have heard or read many times in glossy English about beauty, nature will power, and mental peace. This is a Bikat tale. Here you will not find adjectives and synonyms about snow-clad peaks, and rivers and sunset and sunrises. It is about experiencing the experienced in a new way, in a different way, in a Bikat way. After all, this is what Bikat adventures is all about.

So, we were walking and walking. We walked so much that we lost track of the time, became oblivious to the space in which were walking and were possessed by a different body which was simply not obeying our orders. In fact, we forgot to give orders itself. We showed all the signs which are generally associated with meditation, a sign of senselessness. And we were rewarded too. The reward also came in two forms in two days.

The first was in the form of pilgrimage when the abode of deity was visible and we were drawn towards it. On day one the village of Osla, visible from far away but near our halting point served that purpose. We walked with our eyes on the village. In fact, we were pulled by it. Walking always imply a sense of discretion and we had no discretion at that time. We reached there very late in the evening and we reacted very calmly. But somewhere inside us, we all were brimming with emotions which are very difficult to express but can only be sensed. A sort of ecstasy. What did we do to achieve that state? We did the simple act of walking some trivial distance. 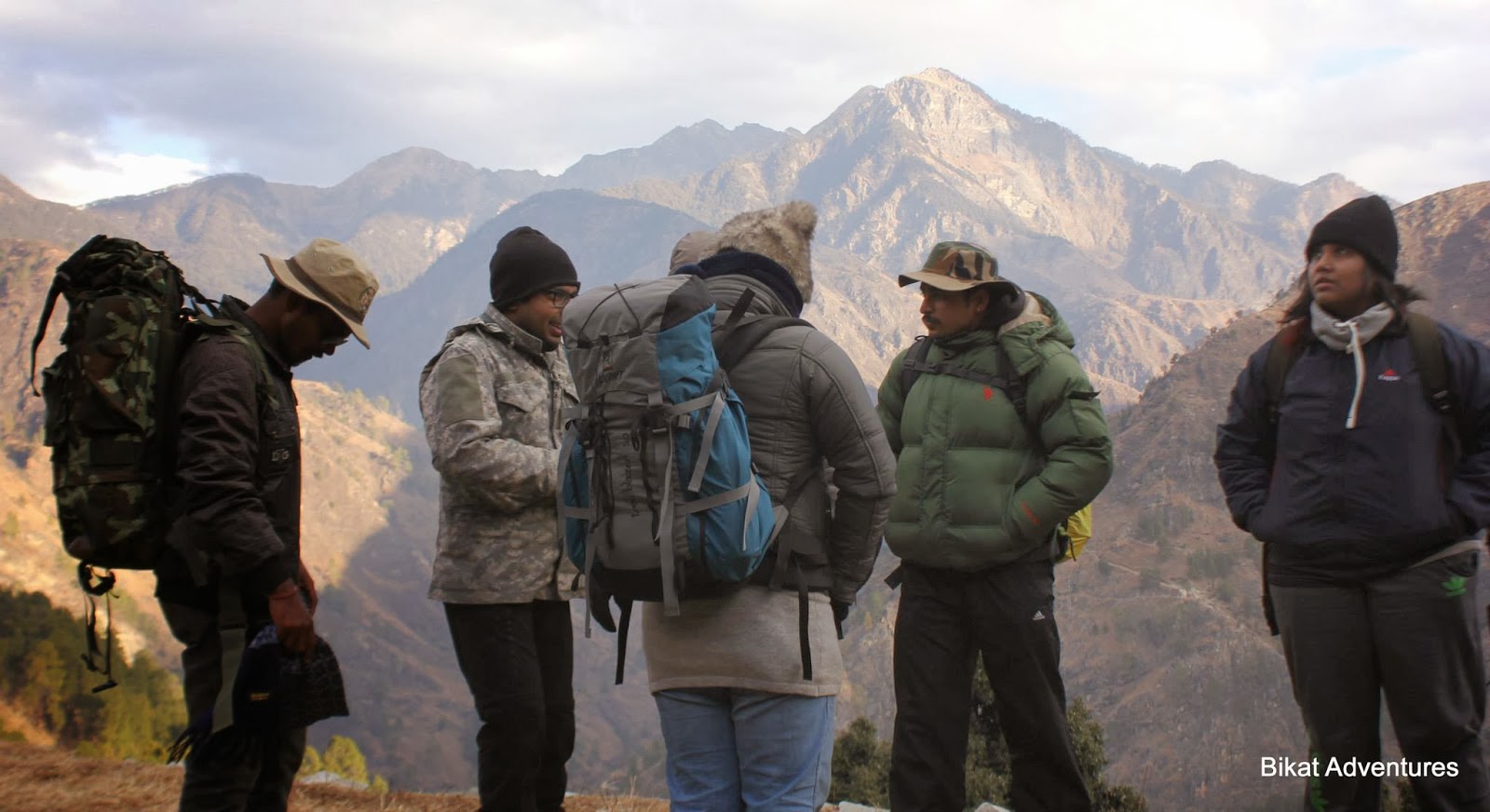 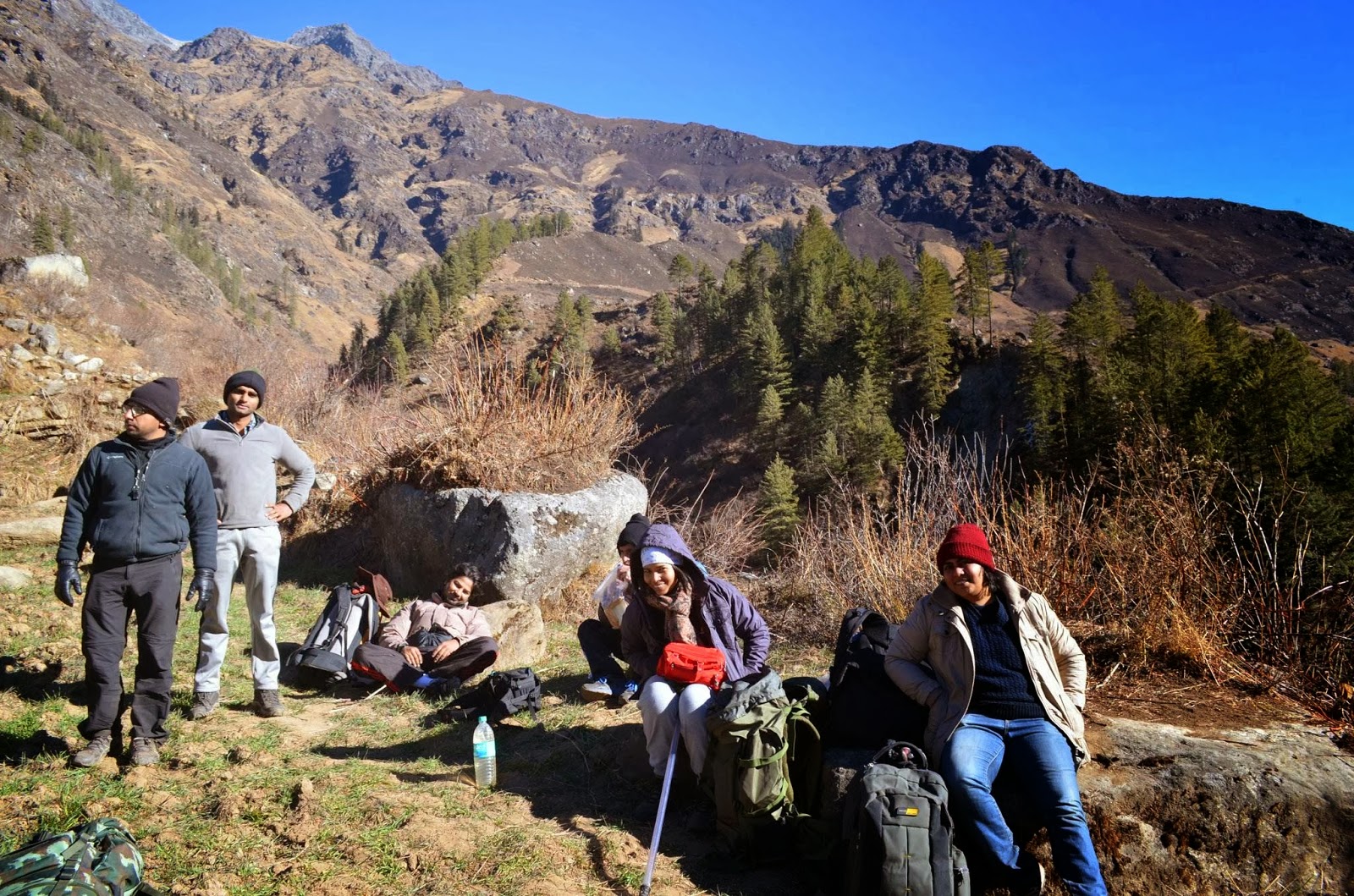 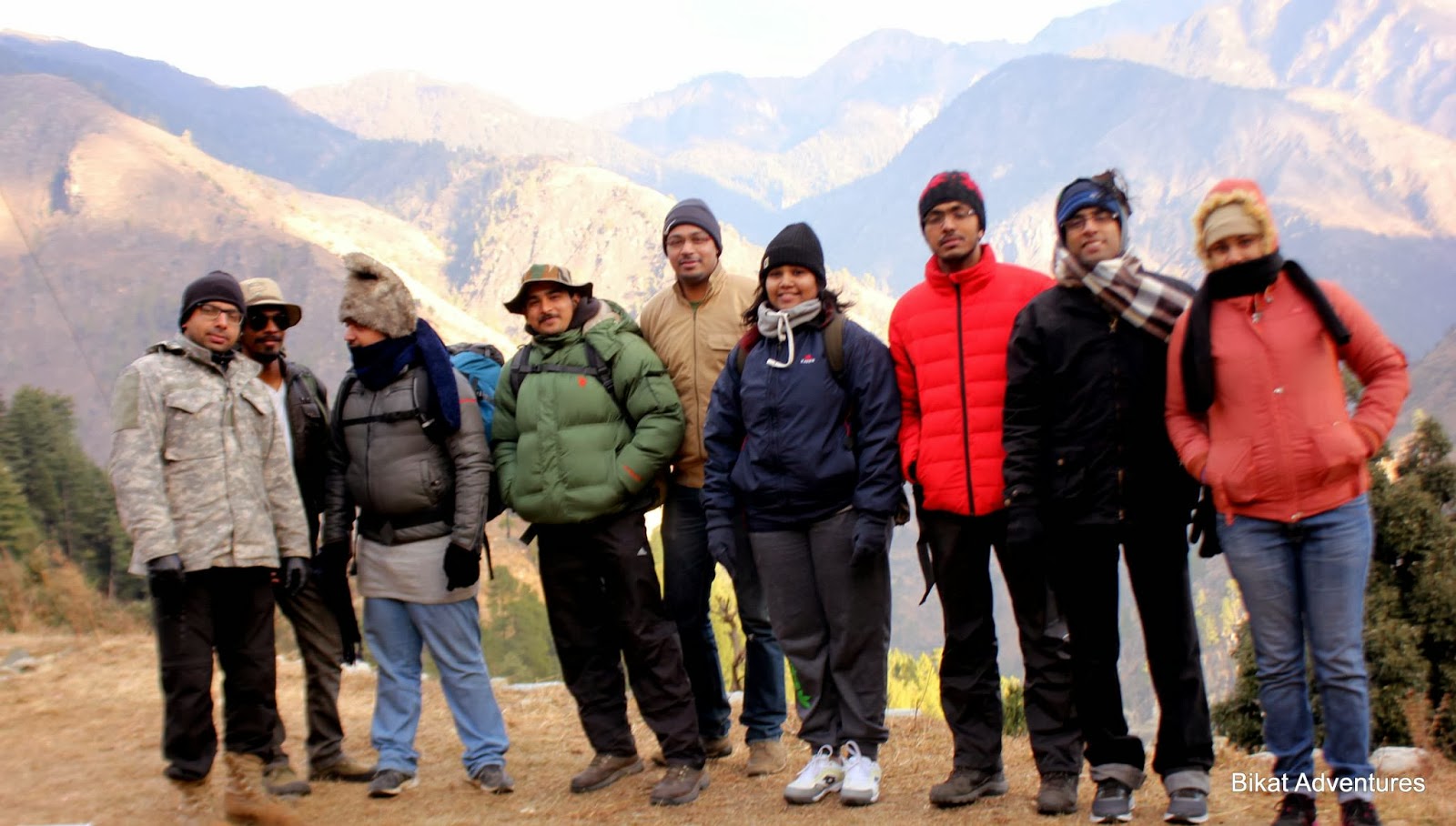 Day 2: Technology extends limits but also amputates the being. It's easier to blast mountains but difficult to walk on them. We realized it on day one. Day two of the trek was the final stretch. Here again, we started on time. Previous day’s walking had tired us but also habituated us with the terrain. The first half of this trek was all inclined and most of us climbed it more or less on time. When we had climbed the first part, the weather changed drastically for the good and it started to snowfall. We were walking in the snowfall and the terrain was almost plain. I was witnessing snowfall for the first time. We walked almost 2 hours in snowfall following into each other’s footsteps since the trail was covered in the snow. Unlike the previous day, the site was not in sight, and we walked for 2 hours thinking that we were 15 minutes away. It was playing on our patience and we were just walking without any consolation in sight. The same state of senselessness.

As it always happens, it appeared from nowhere catching us unawares. We couldn’t imagine such a shift in terrain separated by few trees and mountain blocks. It was like a revelation, a sudden appearance when one is rewarded for meditation. I will not try to describe Har ki doon since I cannot. What is more important is the receptivity of our senses to make it over lasting and enchanting. Senses which bind us to the charms of beauty. Trekking is a ritual performed on the body just like any other traditional ritual. Rituals are always performed on the body and by the body to make the engravings on the mind. Body is not subordinate to mind. It is the soul of mind without which mind ceases to function. 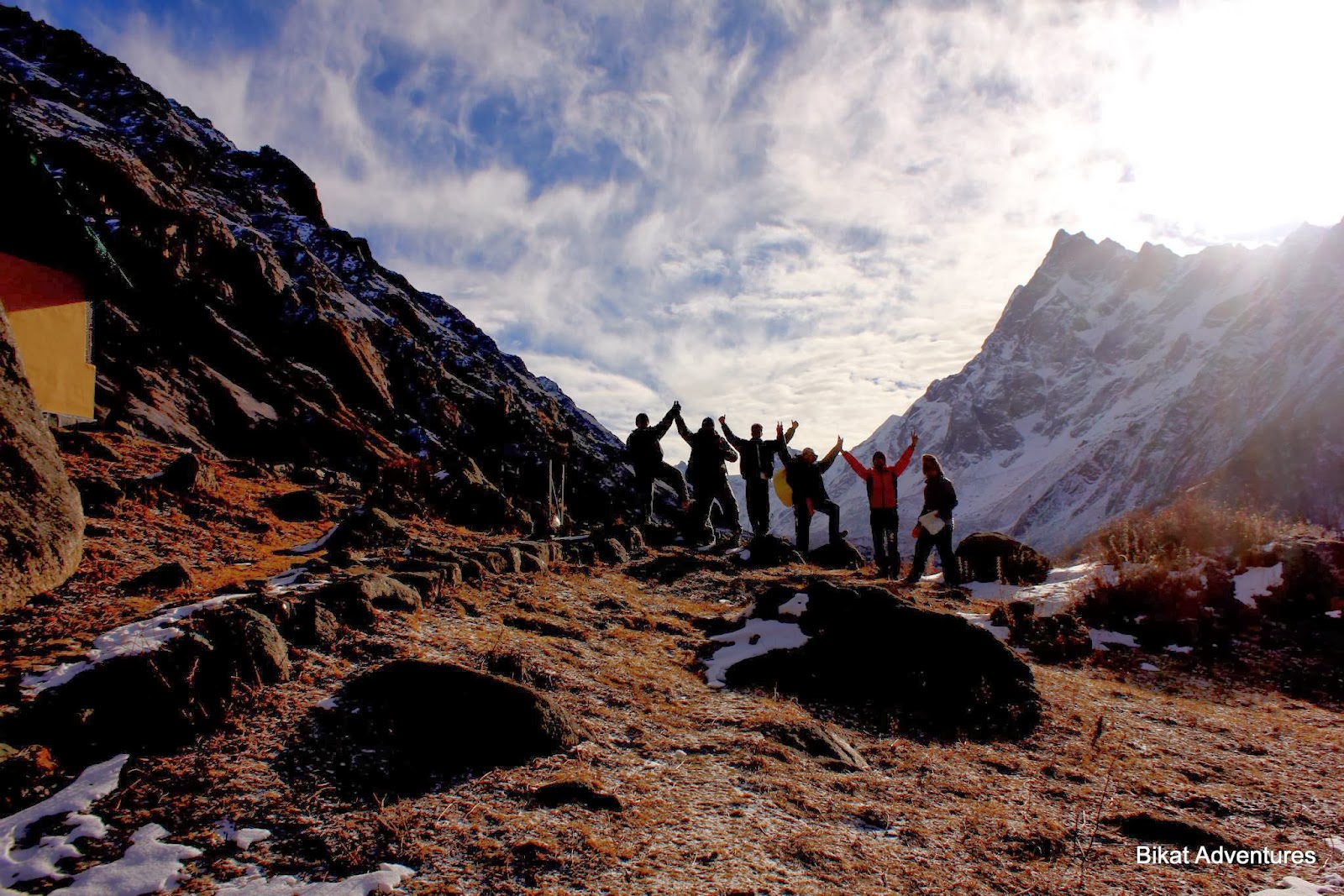 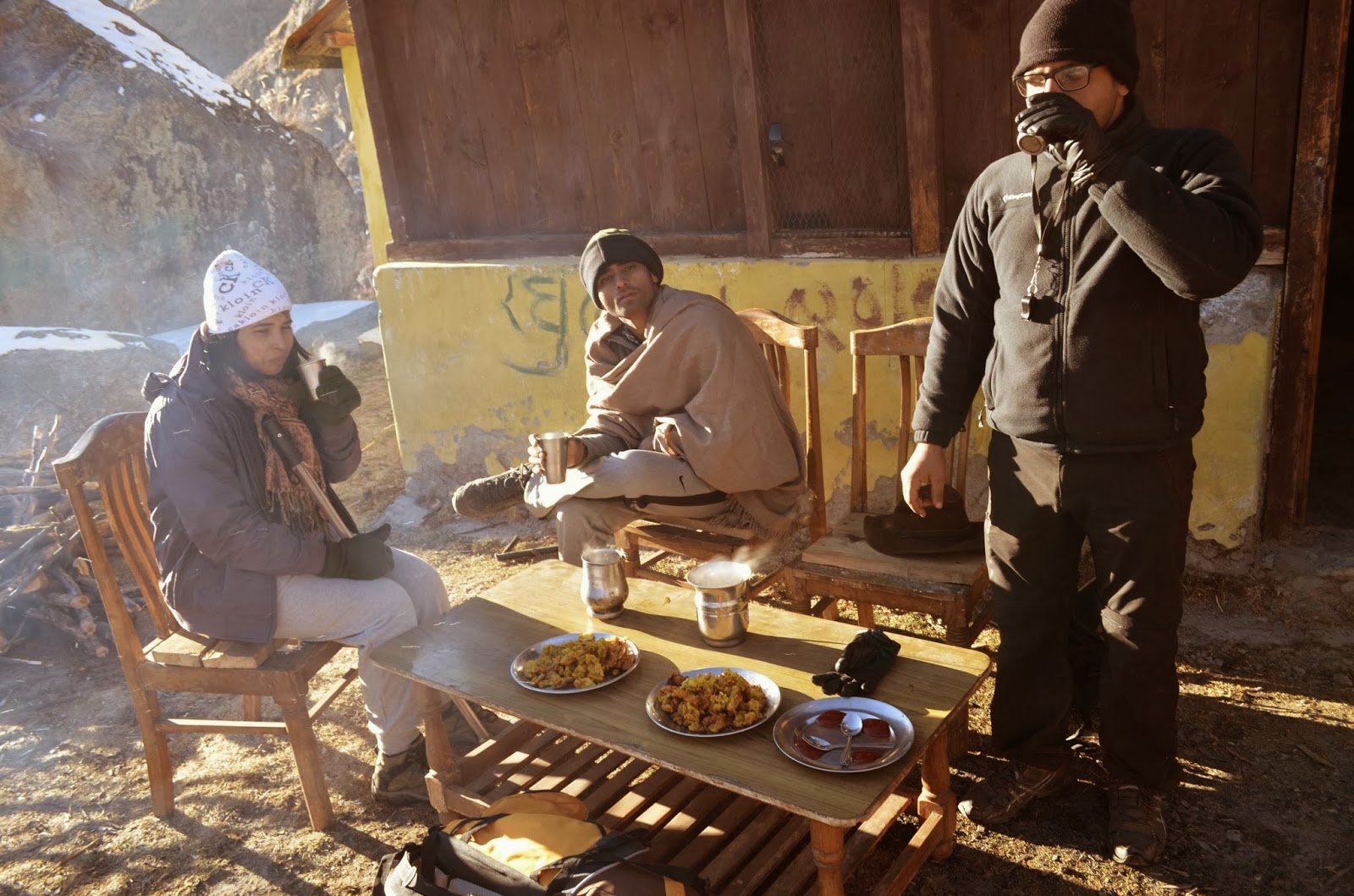 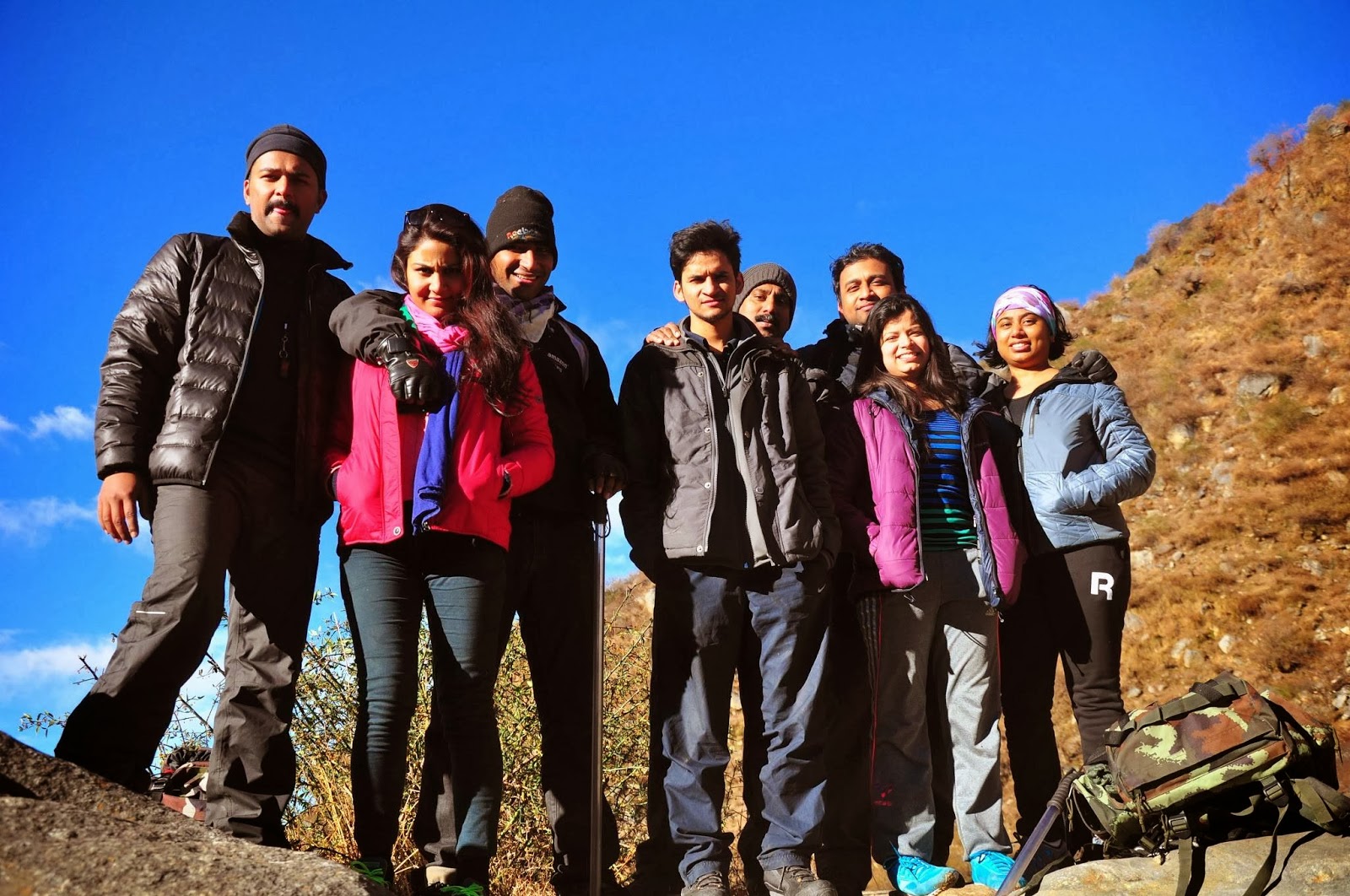 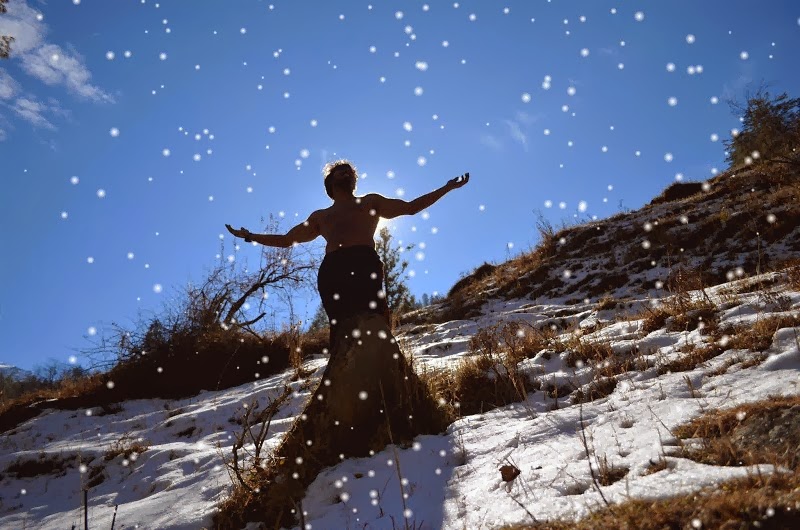 Day 3: The two days of hard trekking had transformed us all into what we really are i.e social animals. The only thing we cared for was food, water, fire and conservation and all of them in full measure. But we're enjoying it without any complaints.

Sitting around the fire, we exploited each other’s company narrating stories about the past, present, and future. I am reminded of the movie "Into the wild’ where the actor leaves everything to go to Alaska. After reaching Alaska, he was dumbfounded by its beauty and grandeur. But in the next moment, the beauty made him sad because he was alone there. There was nobody with whom he could share his feelings or his silences. In the end, he wrote that ‘happiness is meant to be shared’ in his diary.

We started our return journey to the base camp when the sun had appeared in full vigor. The return journey was expected to be easy since most of it was downhill. And it was. Just like when you show patience and restraint in reaching the abode, the providence makes the return journey smooth and all the previous obstacles are removed. In the midway, we met the next batch of trekkers in full strength. It defied our expectations since we were expecting it to be full of renegades. There were none. Continuing our journey downwards, we reached the periphery of the village Osla in the afternoon where we waited for the rest of us to come. Some of us decided to visit the village which was at some height. We were lead by our guide who was also the resident of the village. It pulled us on day 1 and it pulled us on day 3 also. At first, it appeared like a Russian village in India. At another point in time, we would have mistaken them for Russians especially the women and the children. Though I have met Russians only virtually. Everything about that village was beautiful, even the dirt and garbage. There were two catchwords which we encountered there. The younger ones only said ‘ sir toffee’ and the adult ones often asked ‘ sir koi dawaai hain’. Three young ladies gathered around the phone booth where we were making calls. One of us asked one lady about taking her photograph and she rejected outrightly. We never figured out who was impolite, the photographer or the lady. Our guide invited us to his house for a cup of tea and we jumped on the offer. It was populated by cattle, pets, children, old women in the courtyard, and the ladies of inner chambers. It was really a home. We thanked for the hospitality and took leave. We reached the base camp in the evening. There we were joined by the third group which was going upwards. Apart from two or three trekkers, most of them had made it. In the night, there was a session of locally made liquor, which was our companion for the last three days. The talks got animated with the passing of night that we lost track of what was being talked about. 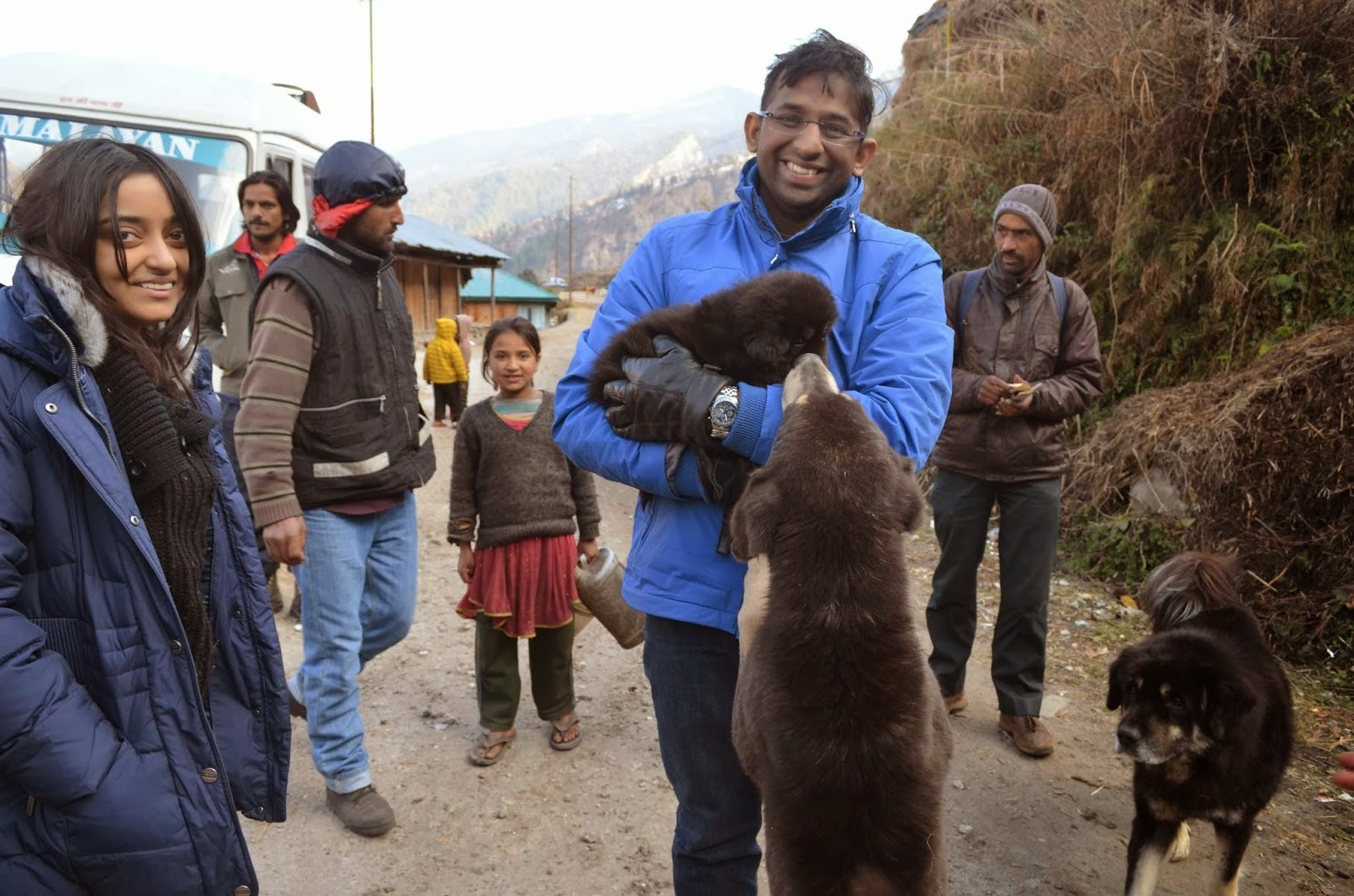 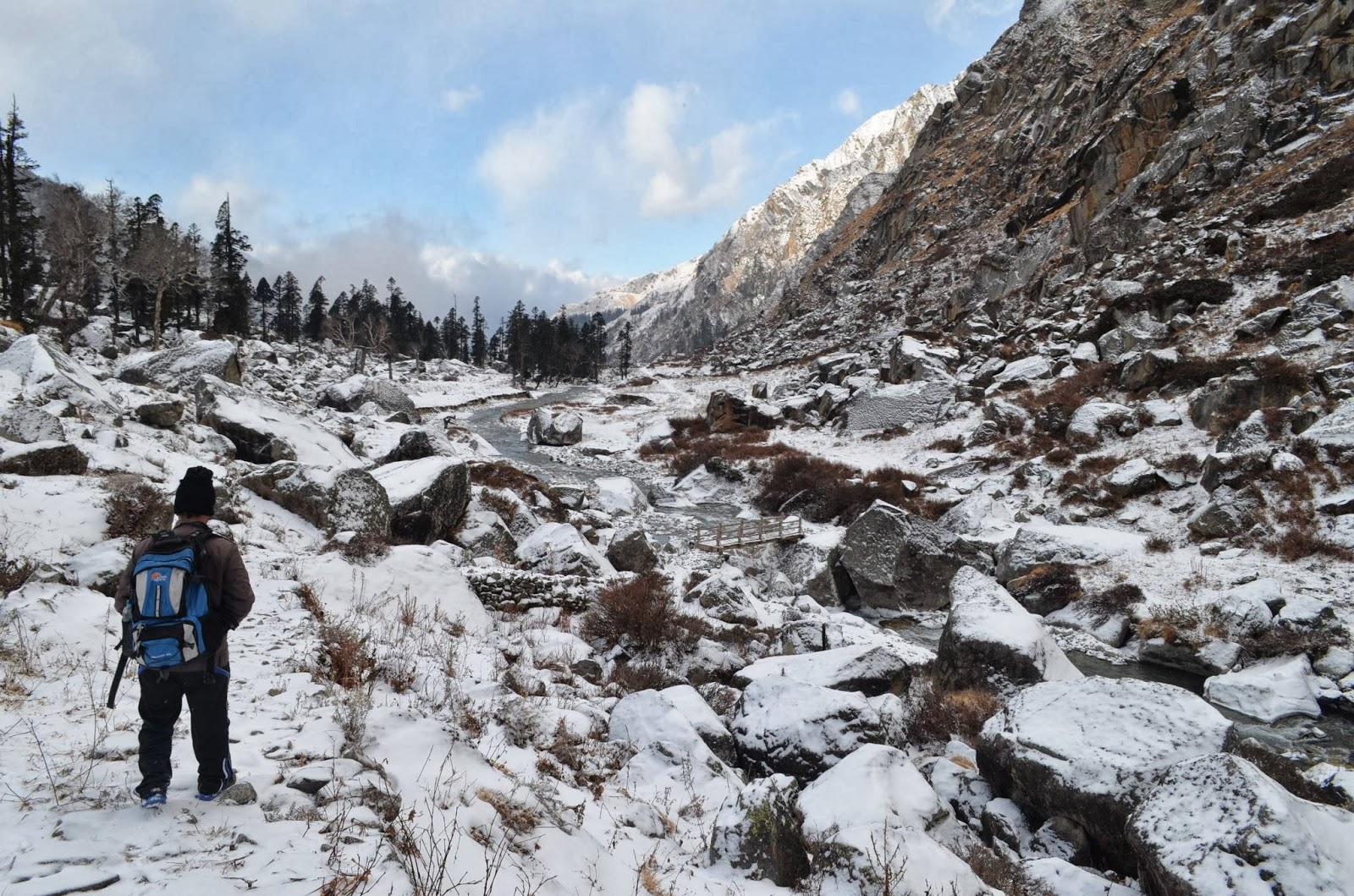 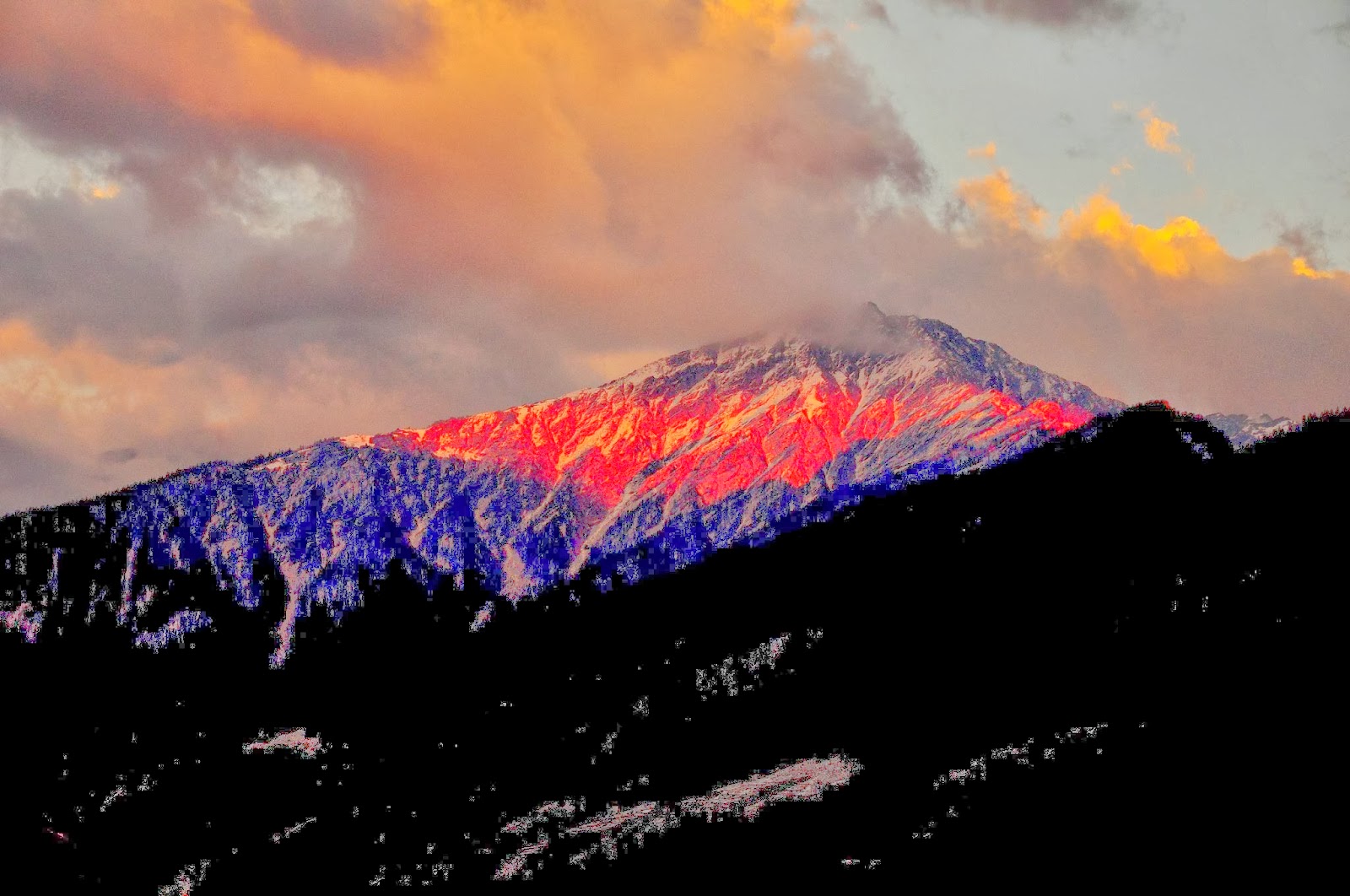 Day 4: It can also be written as day 4 Race against time. We had to travel the distance in almost half the time we took on day 1. It was a seeming impossibility since we had to board our jeep at around 2 in the afternoon. So realizing the situation we started very early at around 7 in the morning. We walked the entire route in just one or two brakes. Walking would be a mild term to use here, we were cantering. And to our satisfaction, we almost made it on time. We were relieved that we were not late but somewhat sad about leaving the place. But we leave only to come again. We know that the enchantment of the betaal would be too strong to resisted by us. We may not know it, we may not remember it, but it is there somewhere in the corner of our minds convincing us to return. Vikram is not complete without Betaal. Maybe this story is not completely mythic. Perhaps we enact it every time we return. 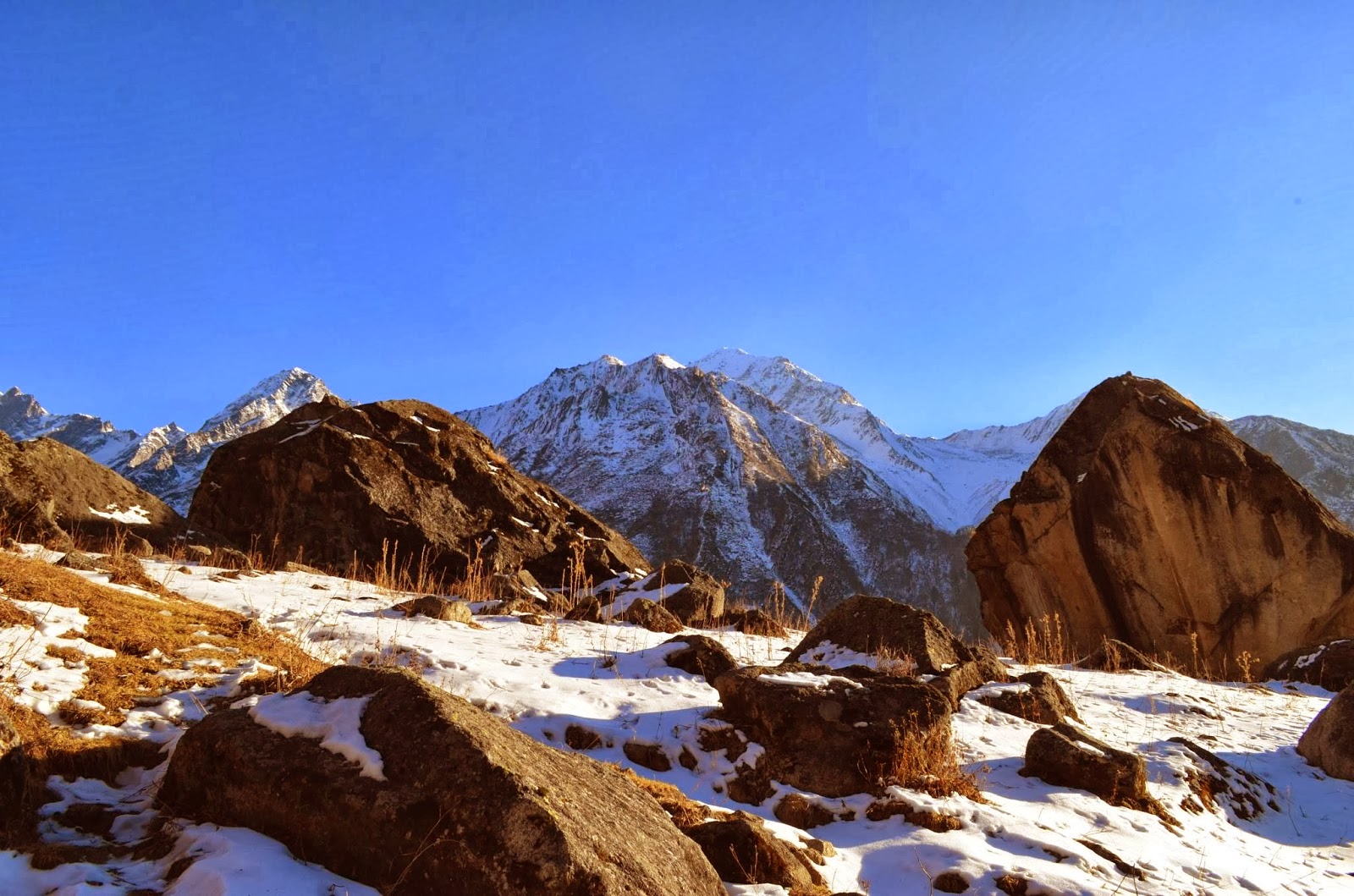 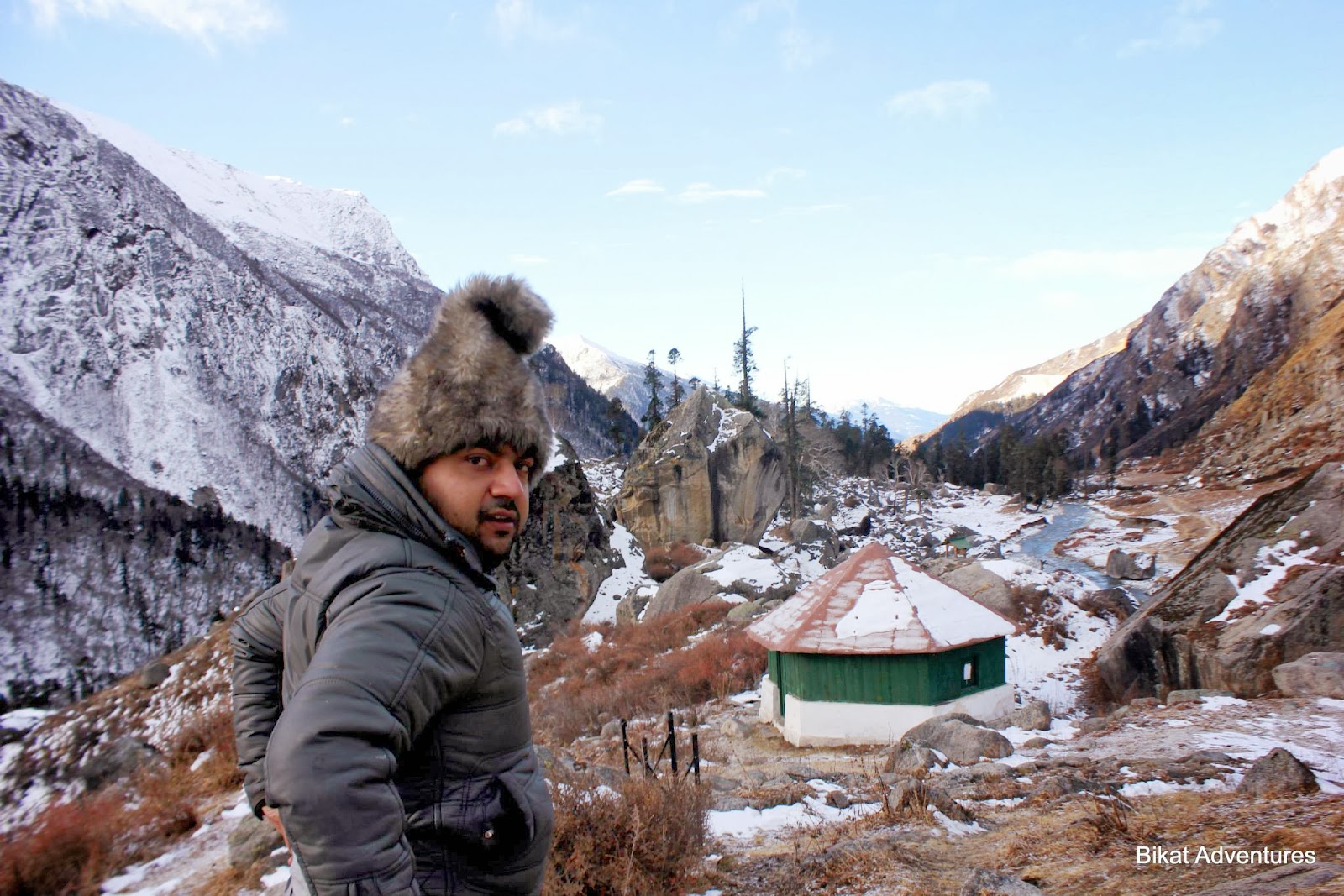 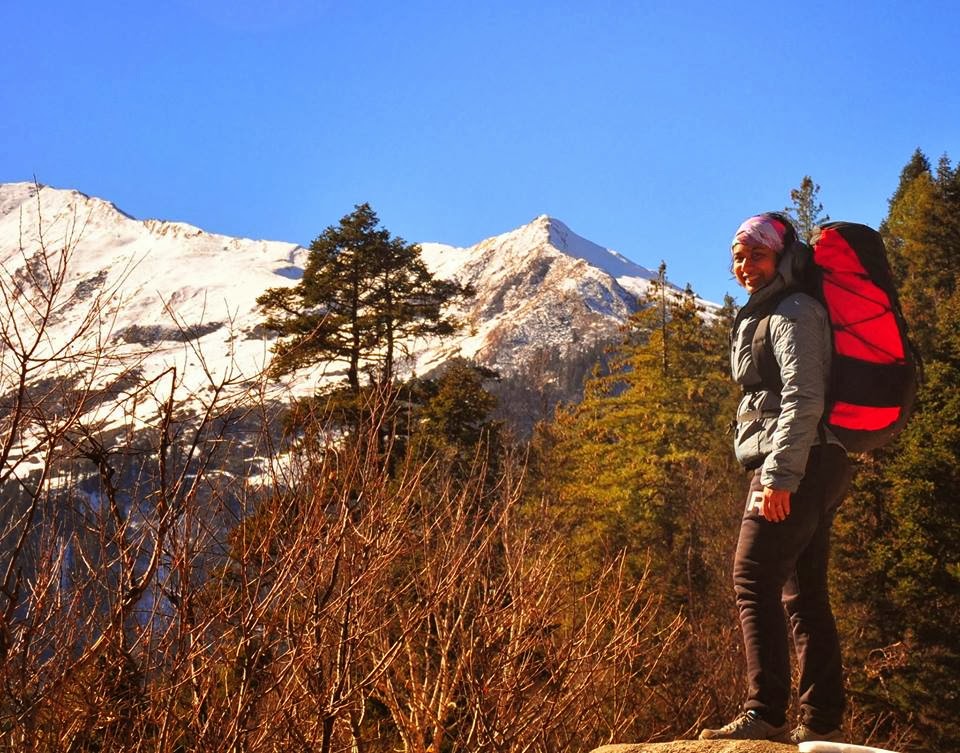 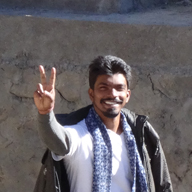 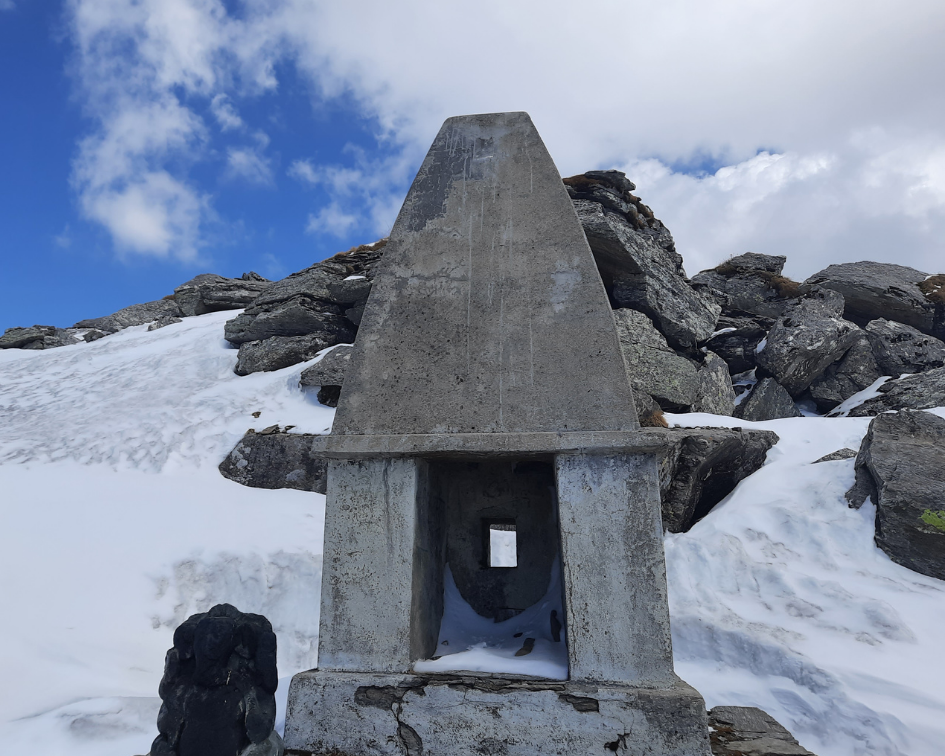 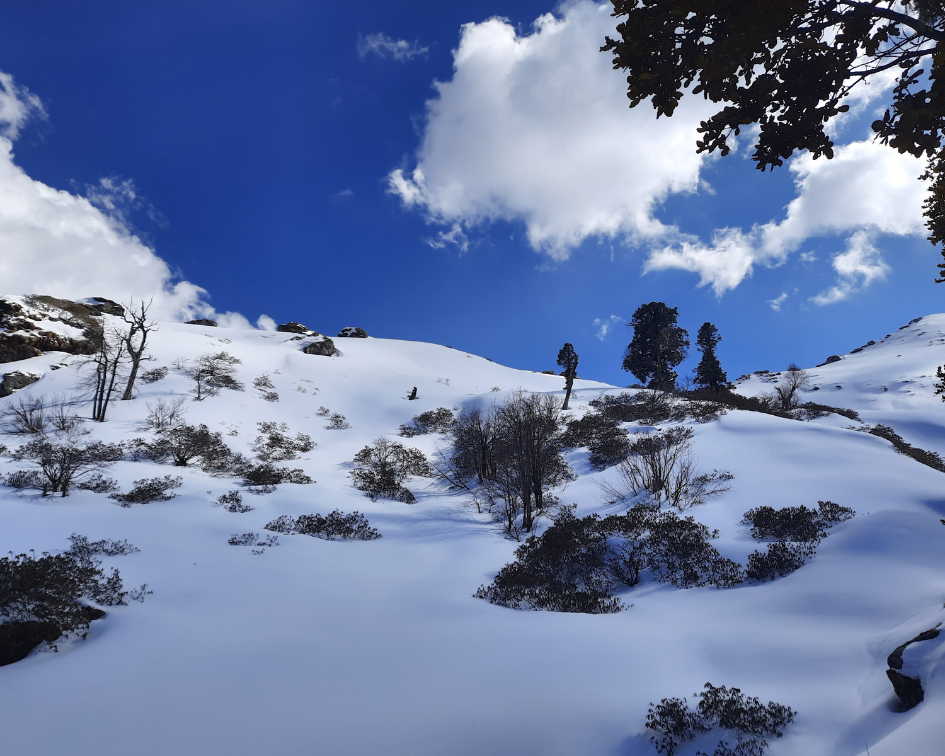 Climbing the mountain within me