Siachen Glacier – Through the eyes of a Civilian.

Siachen Glacier - Through the eyes of a Civilian

Scaling Siachen Glacier has been on my bucket list and I have been applying and trying my luck with the Indian Army for almost 3 years now. Last year, I took yet another chance and decided to apply for the trek once again. I couriered my application along with an indemnity form and a medical certificate. Keeping my fingers crossed, I also included a separate note of why I wanted to visit Siachen.

Siachen Glacier is the highest battlefield in the world where India and Pakistan have fought intermittently since 1984. It sits at a very strategic location with Pakistan on the left and China on the right. It is the World's largest non-polar glacier and thus is sometimes referred to as the third pole. The temperature dips to minus 60 degrees in the winter and 97% casualties in Siachen are due to extreme weather and high altitude, rather than due to actual fighting. In spite of the harsh weather conditions, the word `Siachen` ironically means `the place of wild roses’.

At 21,000 feet above the sea level, India has also built the world`s highest helipad on this glacier at a place called Sonam, to serve the area and ensure that the food supplies and troops are supplied via helicopter support. Army pilots push their helicopters well beyond their optimal performance, to drop supplies at forwarding posts.

The Indian Army decided to allow civilians to trek the glacier since 2007. Every year the Army takes a mixed group of civilians, military cadets, defense personnel, and media to give them a first-hand experience of the inhospitable terrain and weather conditions in which our brave soldiers serve the nation. This is the only chance for a civilian to visit the world’s highest and coldest battlefield.

With a little bit of luck and backed by some of my past achievements, I was amongst the 17 civilians who were selected out of 2300 applications received nationally. I was overjoyed to receive the call that confirmed my selection. After a long gap due to my injury and with just one month before the trek, I started training hard towards the required fitness.

While I was somewhat aware of the training that the Army imparts to get one physically fit and properly acclimatized to climb the glacier, when I started training with the Army there was a huge difference between expectations and reality. Last year during the trek, a lot of trekkers had to quit halfway through the trek due to physical fitness issues and many of them had to be evacuated using a chopper as there is no other way of bringing one down. So this year the training was planned in such a way that if anyone wanted to quit, they should quit during the training itself and not while climbing up, as evacuations by chopper in that zone is always dangerous due to bad weather and remote terrain.
The commando style training that was planned was divided into three stages and tested each one of us physically, mentally and emotionally.

Training included acclimatization and learning skills such as snow craft, rock craft, running with loaded rucksacks, walking while tied to a rope with each other ( so one can be pulled up in case of a fall into a crevasse) and other survival techniques . There were regular medical exams. While the blood test, urine test and ECG happened only once during stage one in Leh, our BP, level of oxygen in blood and pulse were being checked every day in the morning and evening. It was very important for us to clear all the medical exams as it formed one of the major selection criteria for moving up to the next stage in the journey. 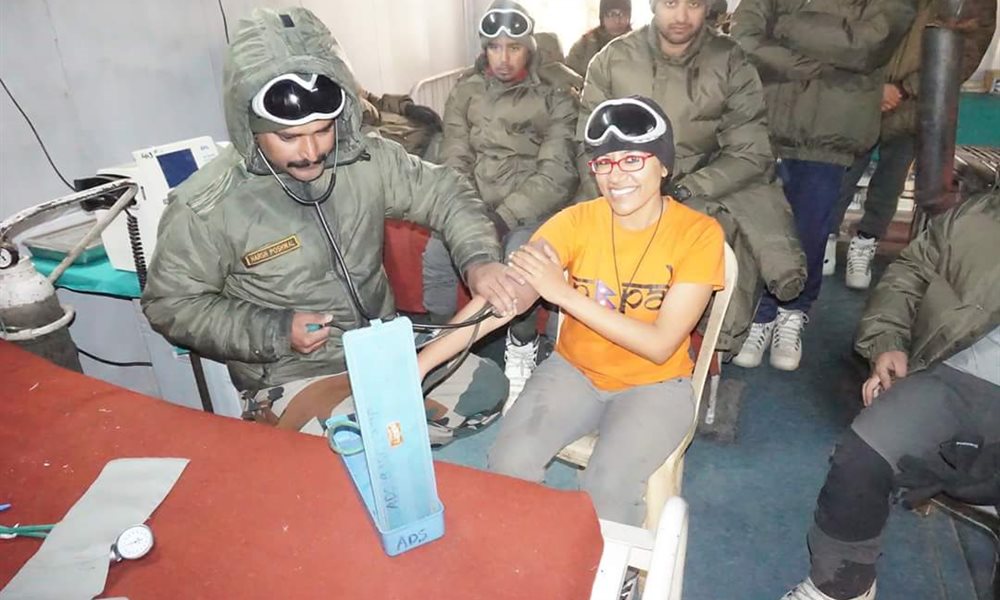 Training also included multiple class room lectures on the history of the glacier, medical issues at high attitude and prevention, taking care of other members in a rope etc.

Our day would start at 5 am and finish at 8 pm with No mercy. There were times I would sit and question myself " What am I doing here ". The training was so rigorous that it made me believe that I'm a soldier and pain is nothing but a myth.
Our phones and cameras were taken away due to security reasons, with an assurance that pictures will be taken by one of the army officers.

It was a month long expedition in a no network zone. I had my moments when I was in pain due to my old hamstring injury and I had to let pain submit to my will when I found myself all alone missing my family and wanting to go home just because I was exhausted both physically and mentally even before the trek was started. 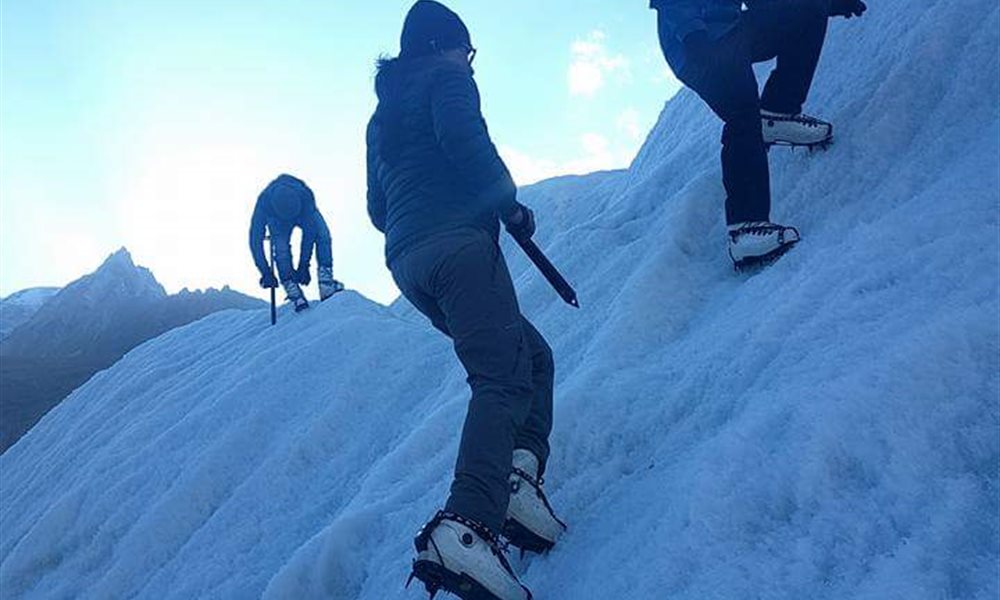 Going by the principle that I follow in life "Always finish what you have started", I would get up each day and give it all that I had and some more. There was one civilian who quit because he was expecting at least a little bit of fun element during the trek and then there were many others who were dropped due to physical fitness and medical issues.

As the journey to the glacier began, we were roped up with each other trekking across the harsh terrain, through moraines, snow and deep crevasses. We had to trek at the speed of the leading rope member and in our rope, it was a military cadet. I did find myself mostly struggling to match up to his speed at that altitude with limited oxygen. Unlike all the other treks that I have done before this, this one didn't give me a chance to look around as we had to constantly look down while trekking due to broken moraines and watching out for any crevasse that can be life threatening. After overnight snowfall, all the crevasses gets closed from the top and you don't know when you are going to step on one of them. I eventually got into a state of trance while looking down and trekking for hours without stopping or talking. Every day, there would be only one break for 7-10 mins (at half link- as they call it ) during the entire trek. There were times when I had frost on my specs that I was wearing under my snow goggles when the strap of my bag would fall off the shoulder or the strap of my shoe ( double layer shoe called scarps weighing over 3 kgs) would start dancing, almost about to open at any time. In all such cases, I had to wait to get to the half link as stopping would mean stopping not just your own rope but all the ropes as we were made to walk in a line. 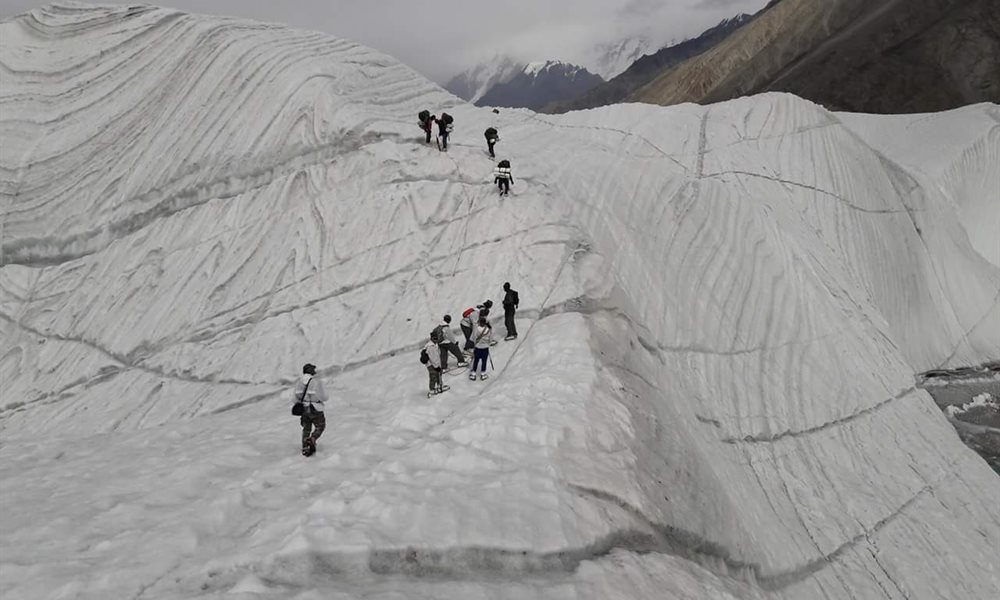 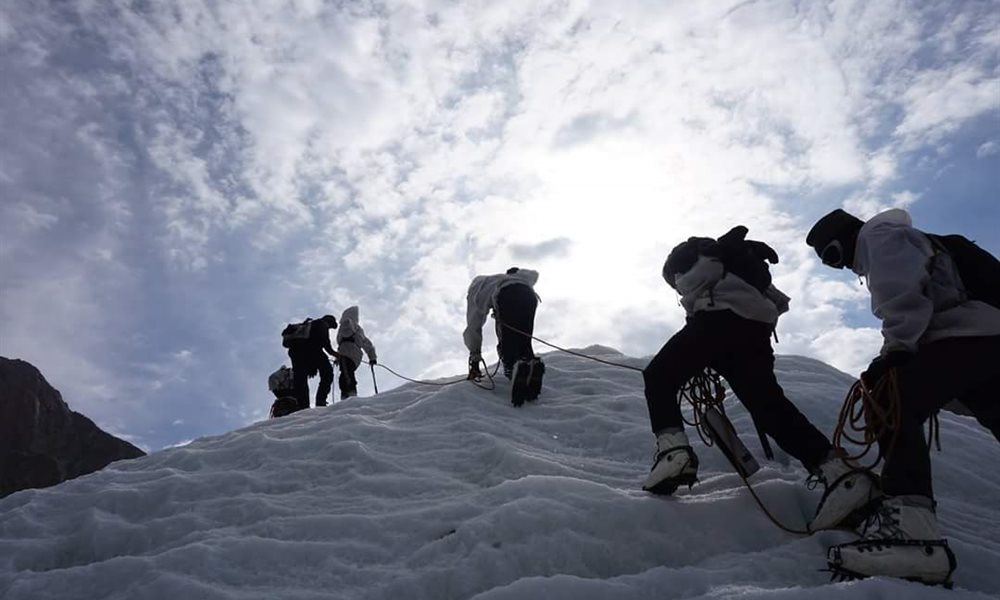 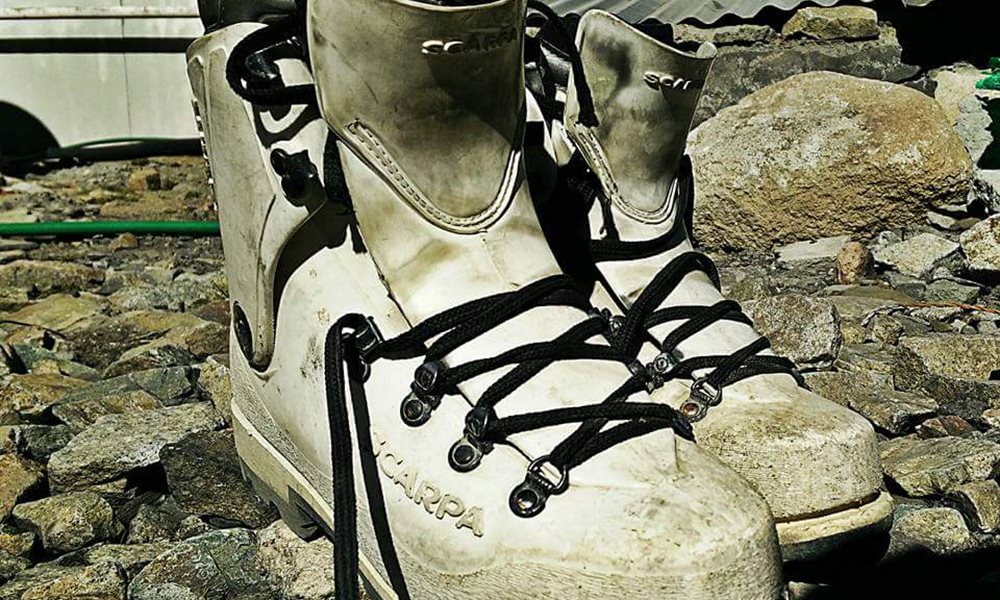 The tents at each campsite were set up on a large block of ice covered with parachutes to avoid melting. After reaching the campsites each day, we would mostly remain inside our tents as it was too cold to be outside and walking around the camp was uncomfortable due to the uneven surface of the ice. My time was mostly spent reading a book “into thin air’ A Personal Account of the Mt.Everest Disaster in 1996 when eight climbers were killed and several others were stranded by a "rogue storm". Definitely, not a light read, however at some point in life, I do wish to scale the highest peak of the world Mt. Everest. The Book gives an insight of what all can go wrong and how one wrong decision taken at that altitude can be life threatening. 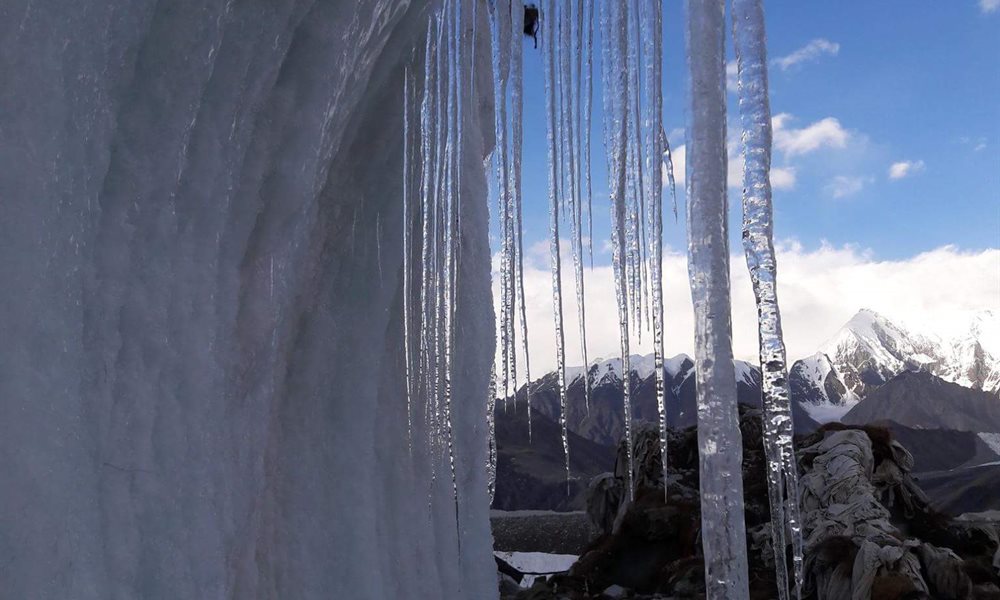 Journey to the Glacier was overwhelming, extraordinary and certainly a once in a lifetime experience as one cannot go there even if they want to. There was a sense of fulfillment when I held the tri color flag after reaching the Kumar Post. 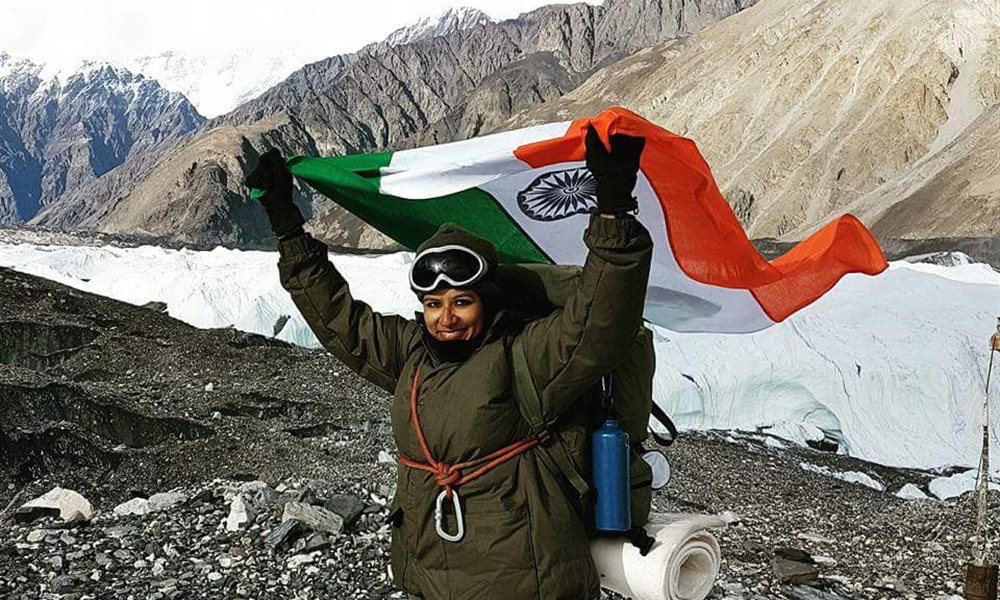 This journey has taught me how to stand tall and still be humble, it has taught me how to look down and walk up in life. Staying on the glacier for a few days made me realize how lucky we all are to be living at the sea level. For us it was an expedition, we went up there and came back, however, our soldiers stay there for months regardless of how tough it gets by each passing day. A Big big salute to the Indian army and the brave jawans who have sacrificed everything for the sake of the motherland. 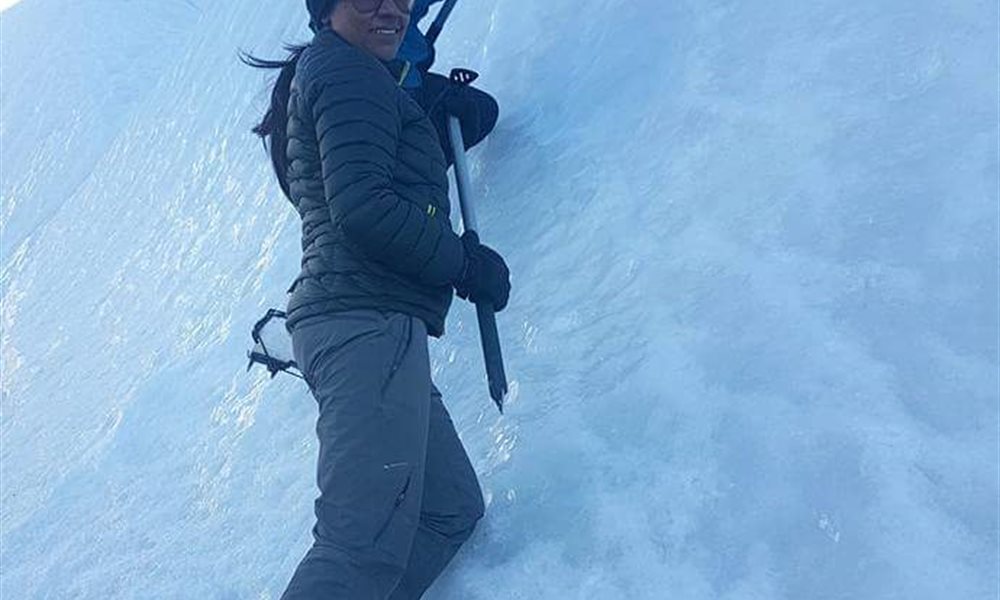 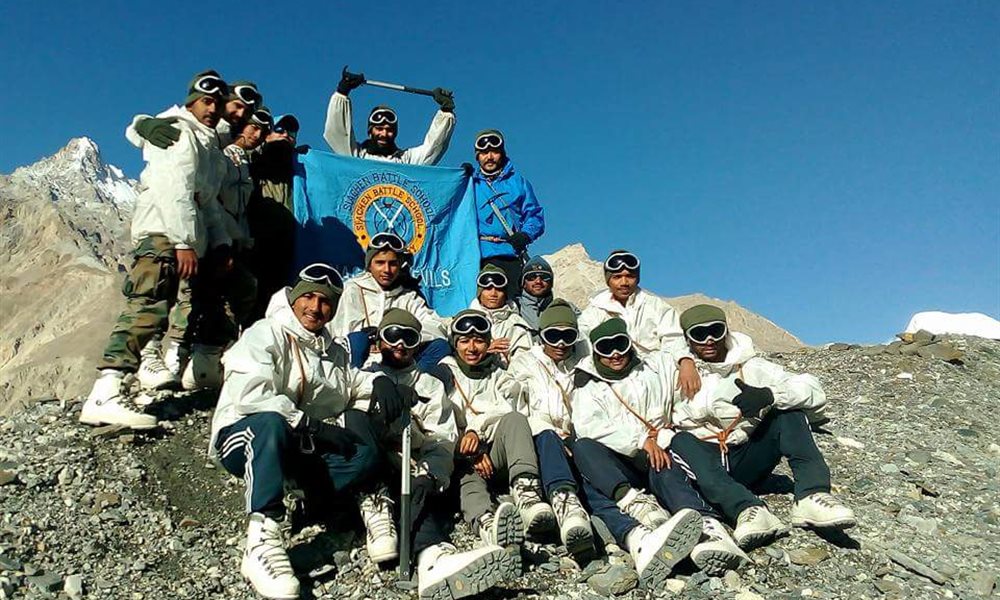 LAND SO BARREN AND MOUNTAINS SO HIGH THAT ONLY THE BEST OF FRIENDS OR WORST OF ENEMIES COME AND VISIT US.

PS - I had written this blog last year after returning from Siachen Glacier. 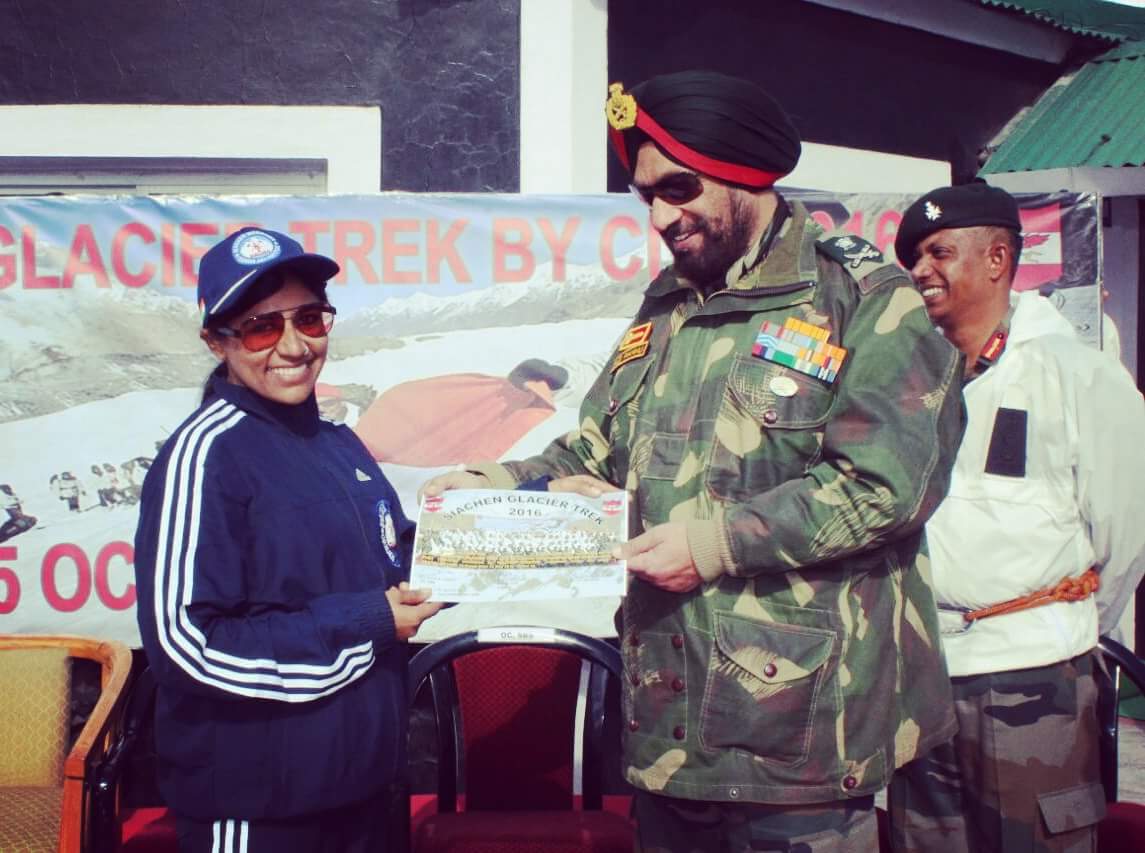 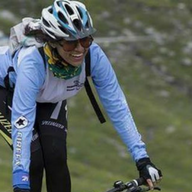