The mountains become our temporary home as we fall in love with them.

But doesn’t someone else already live there?

The answer is, yes. Actually, a lot of “someone elses” live there- in the grass and trees, under the rocks and growing in the fertile soil. We, as trekkers, are guests in someone else’s home, and just like any good guest, we should get to know our host.

The trails of Rupin Pass are teeming with life, so let’s get to know some of it. We dare you to meet them all when you trek to Rupin Pass :)

Full marks and a medal if you can find (& mark) all five on your Rupin Pass trek! 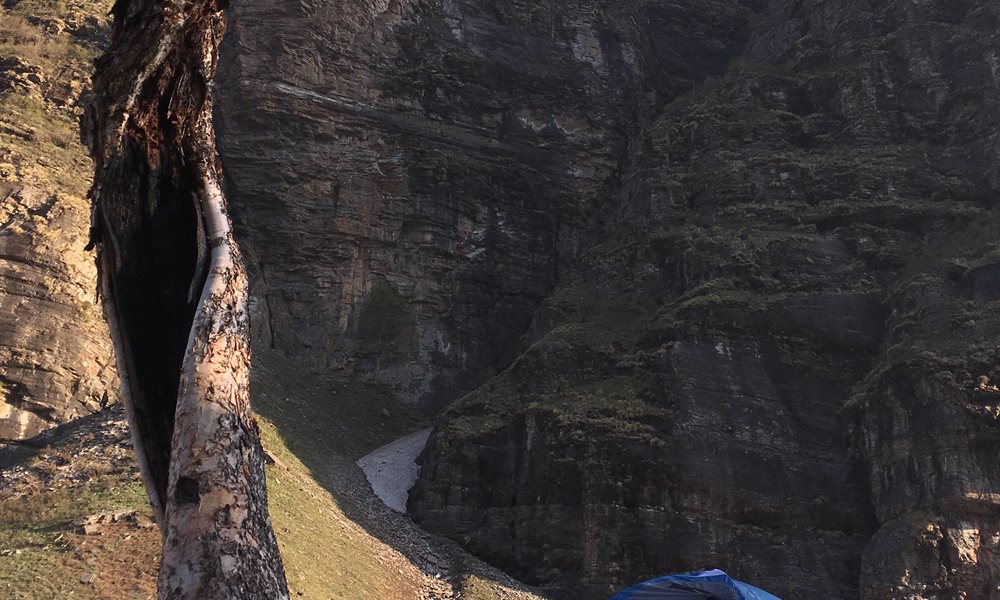 This pearly white gem has historical roots (haha, get it?) that date all the way back to 4th century BC (that’s 2,407 years ago!). Far before the invention of paper, the bark was used to record sacred mantras and ancient Sanskrit scriptures and texts, particularly up in Himachal Pradesh and Kashmir. Still today, the texts are etched into the bark and carefully enclosed in an amulet to be worn around the neck. It is believed that this brings blessing and protection to its wearer. 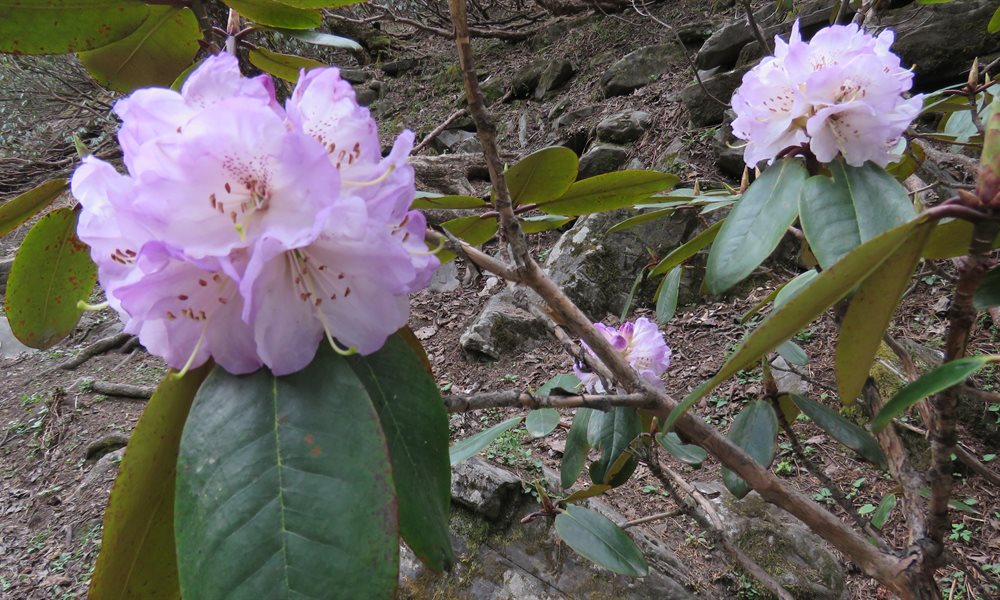 It’s the Himachal state flower for a reason. The mountain valley of Saruwas Thatch (day 5 of the trek)  blooms full of these purple beauties in the late spring/early summer. But their beauty aside, their real treasure lies in the 101 uses the flower supposedly has.

Thirsty? The villagers are infamous for their sweet and refreshing rhododendron tea. Add a little dash of mint and licorice to the deep pink-red liquid, serve it chilled, and it’s literally as if you’re tasting the mountain itself.

Sad? Sherpas and Tibetans for years have been saying that the sweet smell given off by the blooms has a power that will heal your sorrows. Because of this, its leaves are oftentimes used to be burned for incense.

Sick? The petals are said to have medicinal qualities that cure itching, indigestion, reduce fever and a host of other ailments. But be careful, doctors counter these claims, saying the petals are actually poisonous to ingest.

Resembling the kind eyes of Buddhas, the leaves of the rhododendrons are rumored to be tears from the Buddhas themselves, spilled out of compassion for mankind. 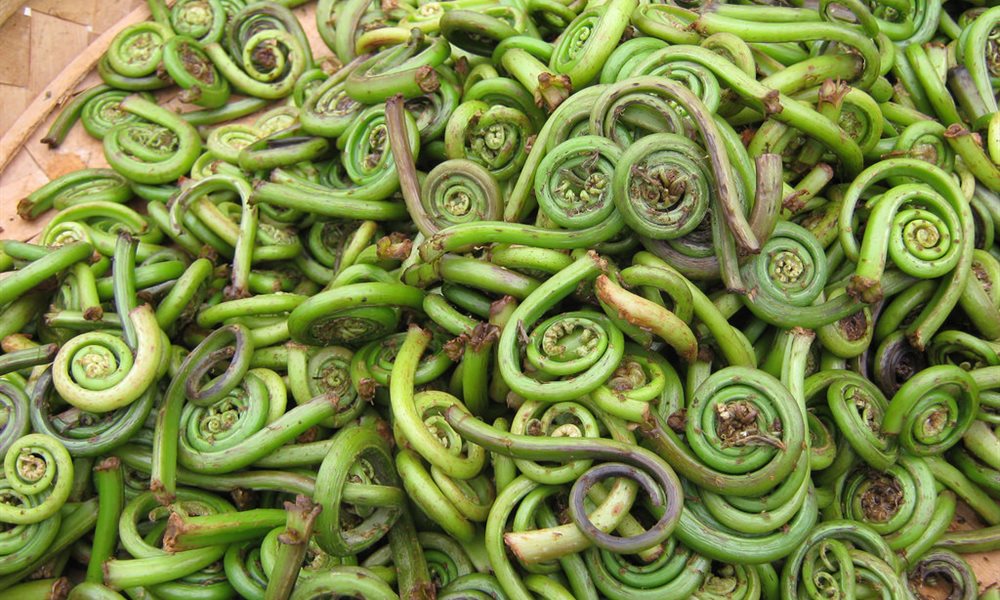 Looking for a new multivitamin? Search no further, the Fiddlehead Fern has got your back.

And yes, you can eat ferns (surprise!)- although be careful, some have been found to be carcinogenic. On our overnight stay in Sewa, the villagers excitedly shared their local pickings of these ferns from the surrounding forests with us- roasting the juicy ferns into a masala-infused sabzi for dinner. Delicious.

What do they have in them that makes them so healthy? A better question would be, what don’t they have?

They’re loaded with antioxidants, omega-3 and -5 fatty acids, fiber, Vitamin C, Vitamin A, potassium, calcium, iron, magnesium and the list goes on and on.

Talk about fueling up for a hike! 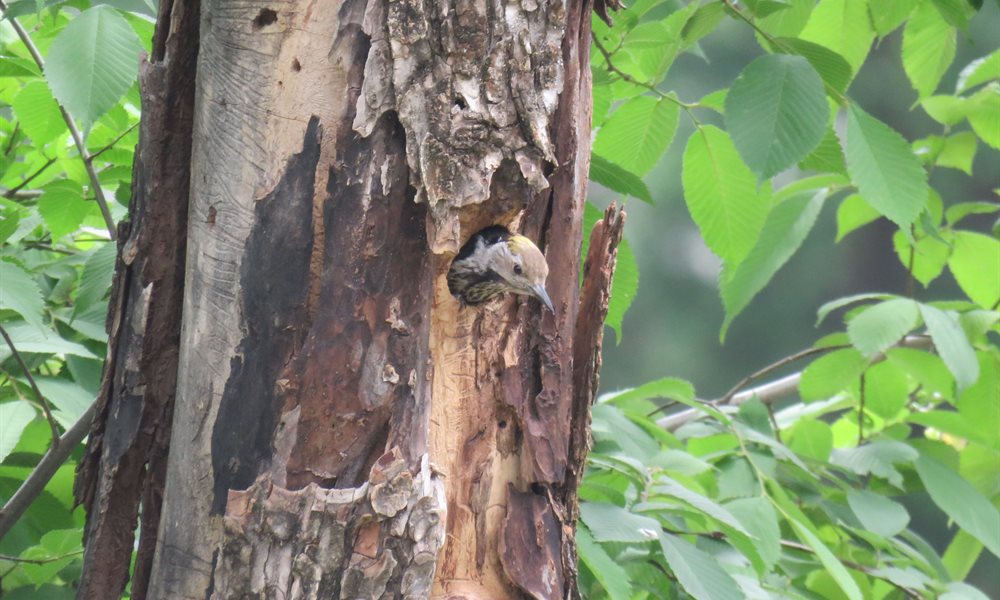 This little guy is your good-luck-charm. Plus he’s just really cute. Legend has it that the woodpecker brings healing, wealth, good luck and happiness to those patient and fortunate enough to see it. We spotted this one flying to and fro from its nest inside the tree it calls home, carrying grasses in for additional padding. Perhaps it was preparing for a new addition to the family? 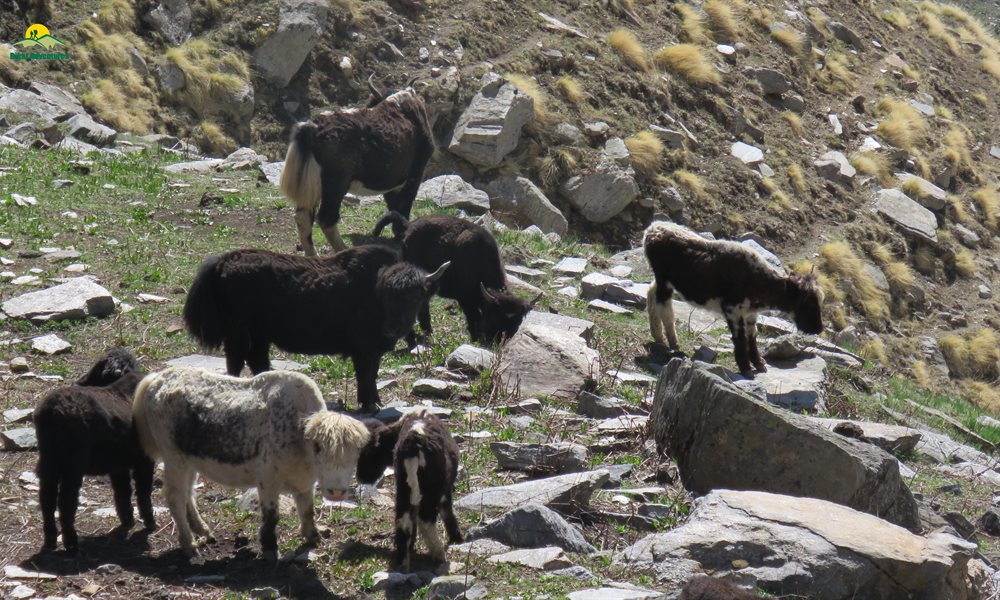 Find this guy on Google, we dare you (hint, you can’t).

Well actually you can, but not under the word “chupa,” which is a term only locals use. More commonly referred to by the rest of us as the “dzo” and “dzomo” these weirdos are actually an ingenious cross between a yak and cow.

While the male dzo are sterile, they are stronger that either of their parents alone and can be more efficiently used for farm labor. The female dzomo, meanwhile, are said to produce more milk.

You will find these guys in the green, rock-strewn pastures that lie between your final camp of Ronti Gad and the end of the trail down in Sangla below. We stopped for a picnic in their little corner of paradise on our way home to Sangla, and a local herdsman graciously brought us some homemade lassi from the curd of his dzomo’s milk.