Being an avid traveler and staying in Gurgaon for 3 years, I explored nearby states of Himachal and Uttaranchal very well. Well to the point that I have been to every Himachal district at least once. I have proudly done quite a few Himalayan treks. But while I was in Gurgaon, I used to feel this strong urge to explore the Deccan plateau. Though nothing can describe my love for the Himalayas, I still wanted to experience other parts of my country. So the moment I got a job opportunity in Bangalore, I said yes almost immediately.

And after 2 months of that phone call here I was in Bangalore. The city offers so many beautiful places to explore within a 250 - 500 km radius. Since I came here I heard a lot about the popular trek, Kudremukh. But to my disappointment, the best time to do this trek is Monsoon or winter. I waited patiently and finally booked my trek in June. 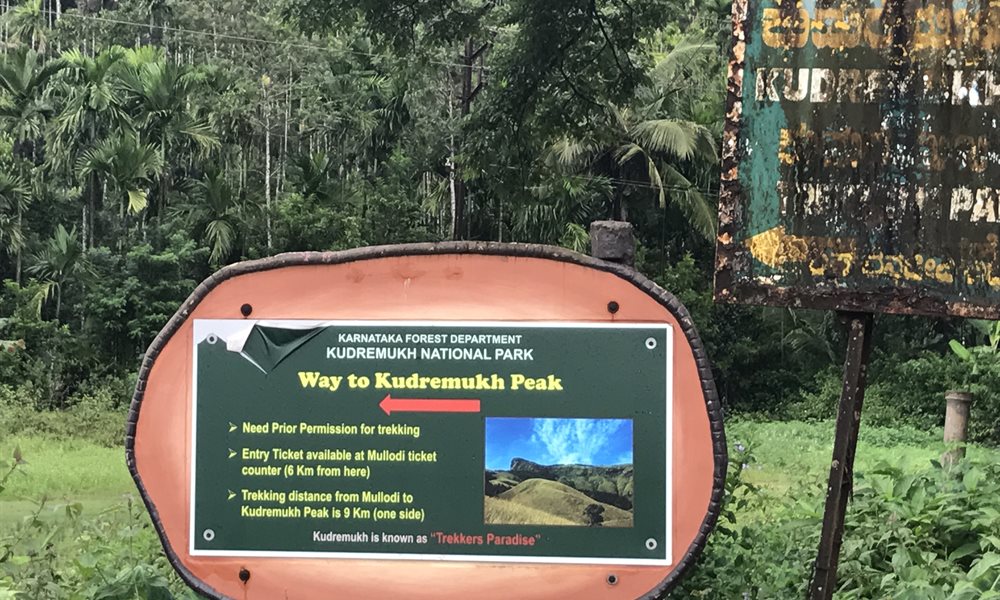 Kudremukh is a national park and a habitat for various wild animals like lion-tailed Macaque, Hanuman Langur, and Malabar Slander Loris. Unfortunately, the Karnataka forest department does not allow trekkers to camp inside the national park.

Kudremukh national park is in the beautiful Chikkamagaluru district of Karnataka. The Kudremukh mountain peak is 1894m high. Kudremukh is considered most scenic trek in South India and is third highest peak in the state of Karnataka. Kudremukh in Kannada means horse mouth as the peak resembles a horse's mouth.

After an overnight bus journey, we reached the town from where we had to start the trek. From the town, there is a 6-7 km drive to reach the point from where one can get a permit for the trek. The 6 km drive is very bumpy as there is no asphalt road. The road was muddy and slippery due to the previous night’s heavy rains. But to our amazement, the jeep driver was very confident of his driving skills. The 6km Jeep drive gives a glimpse of the beautiful national park ahead.

After reaching the starting point we freshen up and have breakfast at a local homestay. The homestay offers a beautiful view of the valley. Sitting there by the window I started wondering how much fun it would be to have this place as a summer home.

We started our trek at 11 a.m. and were instructed to be back before 6 p.m. by forest authorities. Initially, the trek seemed easy. For the first four kilometers, it was an easy hike with many small waterfalls and water streams to cross. 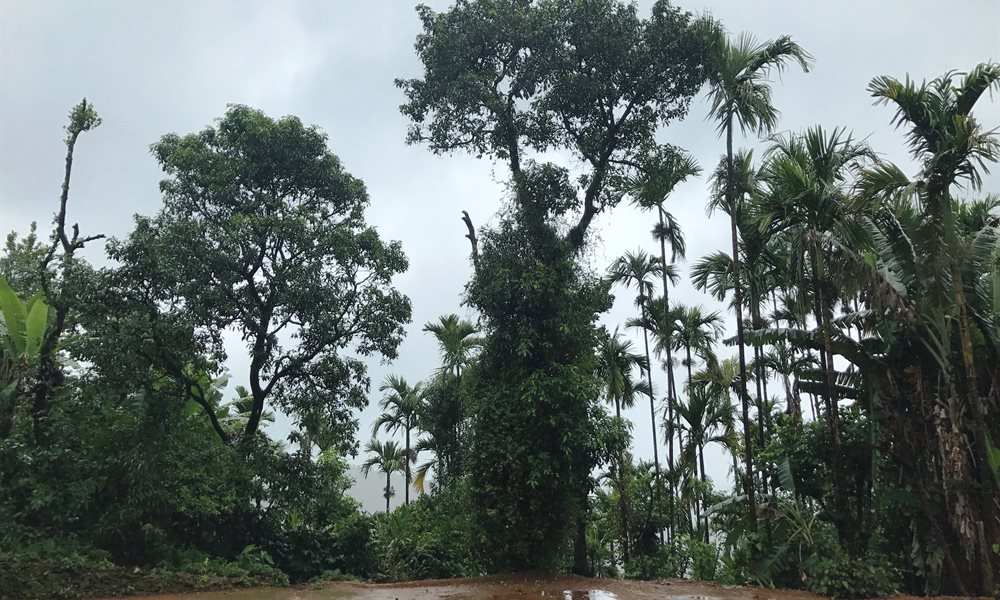 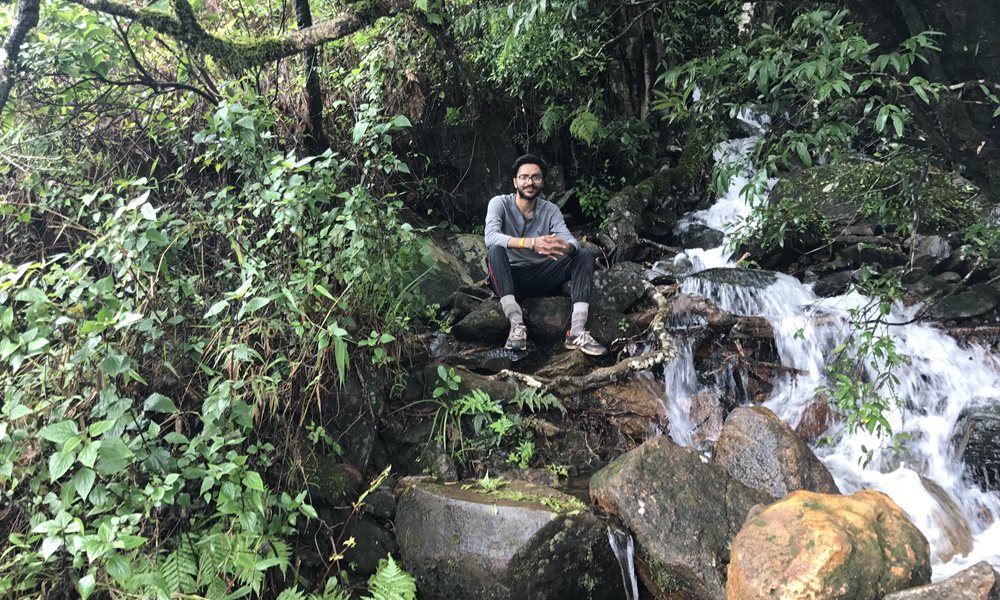 I do not know whether it was the oil or the weather, but no leech bit me But others did get some leech bites. After the first 4 km, we got our first glimpse of the Kudremukh peak. The ascend then became steep. We decided to take some rest and catch our breath. Since then I lost the sense of time. I did not want to reach at the top first instead I wanted to stop every now and then to experience the beauty before me. 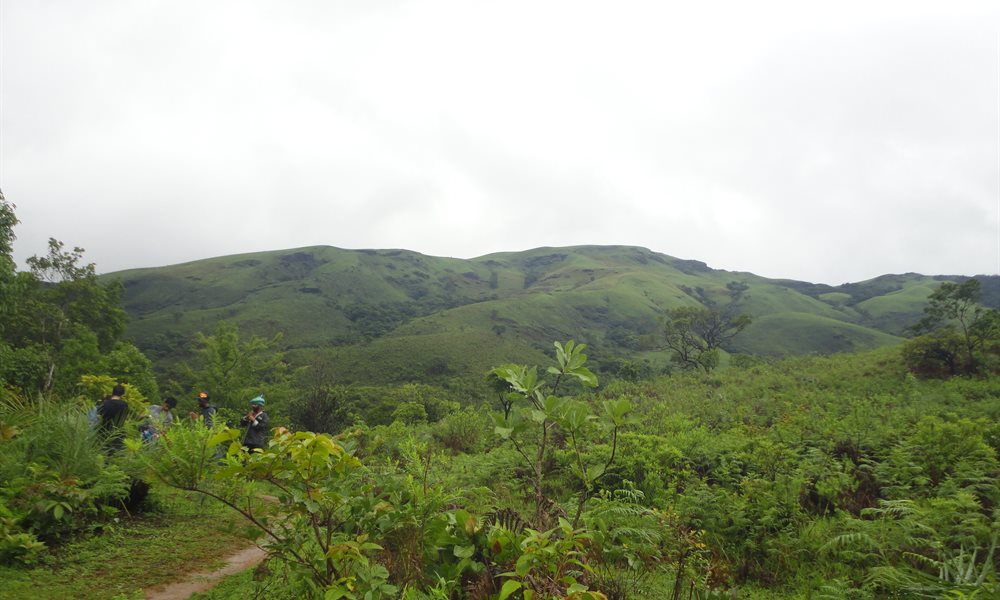 So I took a few small breaks before reaching the top. The peak looked so close but it was getting steep and it was a very exhausting climb to the top. Finally, we made to the top at around 3:00 p.m. The feeling of reaching the top is bliss. That is what keeps one motivated to walk further and not give up. But unfortunately, there were a few fellow trekkers who could not reach the top. Maybe because it was their first experience of trekking and even after trekking 6-7 km the peak still looked distant to them and they all decided to not go any further. Those of us who reached the top decided to have our packed lunches as we all were really hungry after four hours of trekking. 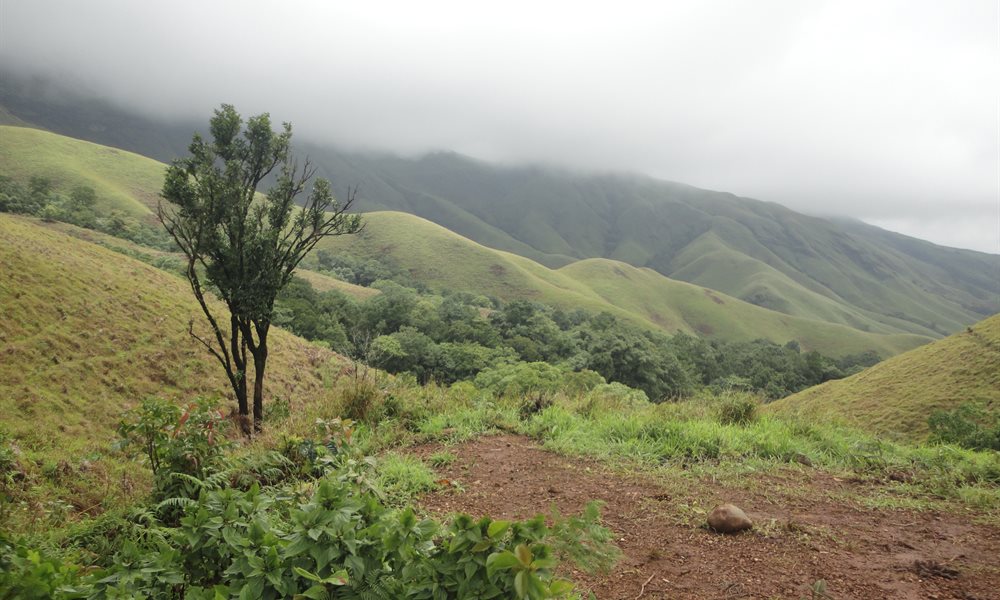 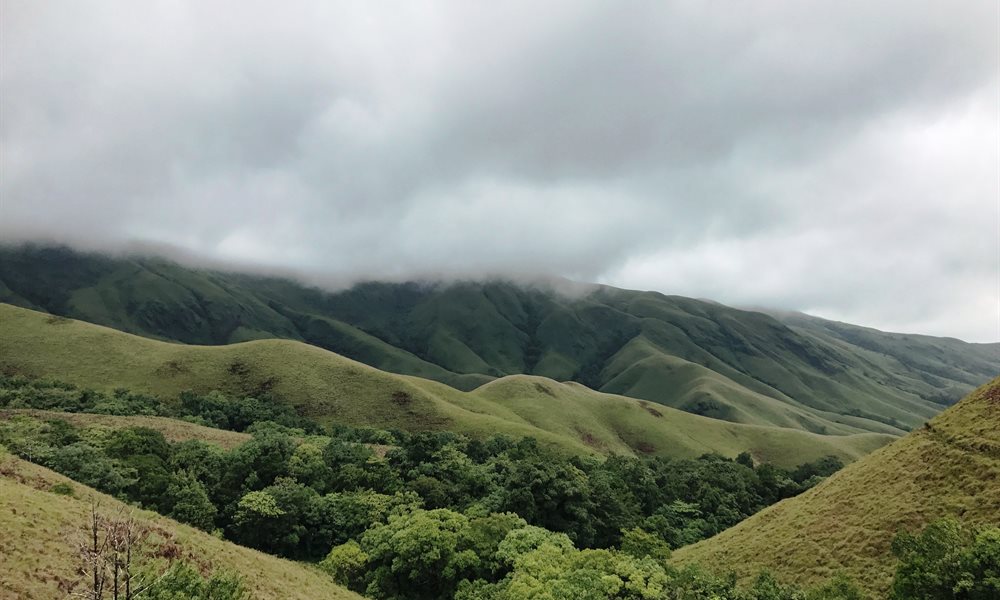 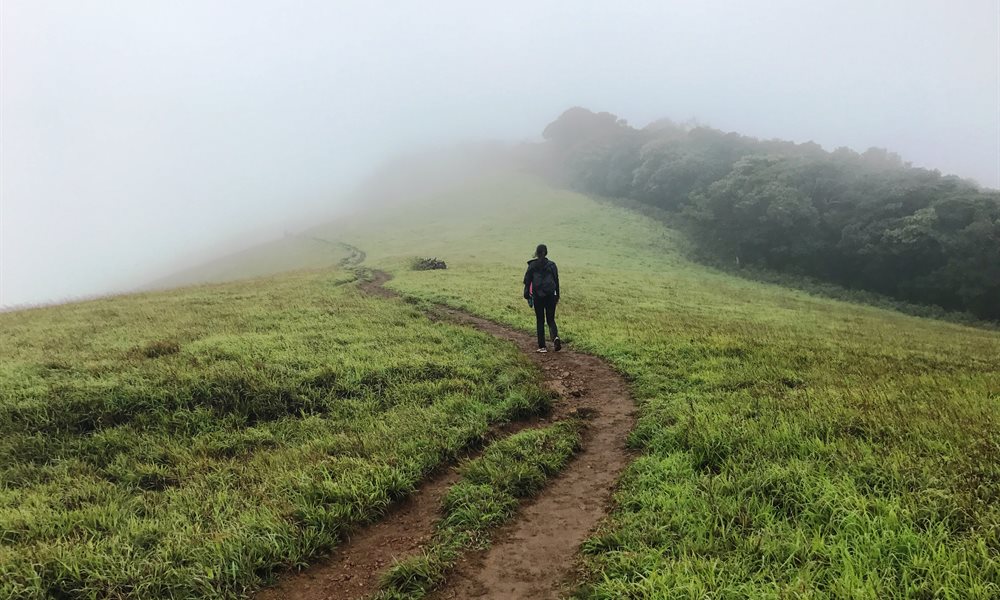 After a mouthwatering meal, we all decided to roam around and click pictures. We wanted to stay a little longer at the top before starting our descend. However one cannot predict the weather in the mountains. Suddenly it started raining cats and dogs. We were not expecting this. Though we all were carrying our raincoats still we were not prepared for this heavy rainfall. We started to trek down slowly. It was steep and slippery. The path was not at all rocky, it was all muddy. One has to be extra careful in order to not fall. Few people fell down several times during the descend. I am always very confident when trekking downhill. I thought the difficult part was over now and we have only 11 km to trek down. But it was taking longer than usual to trek down because it was all muddy and slippery. While going up we had seen a sign board stating Kudremukh -- 5km. On our way back we all were waiting for the board to appear but it did not. We kept moving and asking each other about the board as the way is quite plain thereon. It took us a good 3 hours to reach that point. Few people in our group decided to play Frisbee as it was a big green plain. 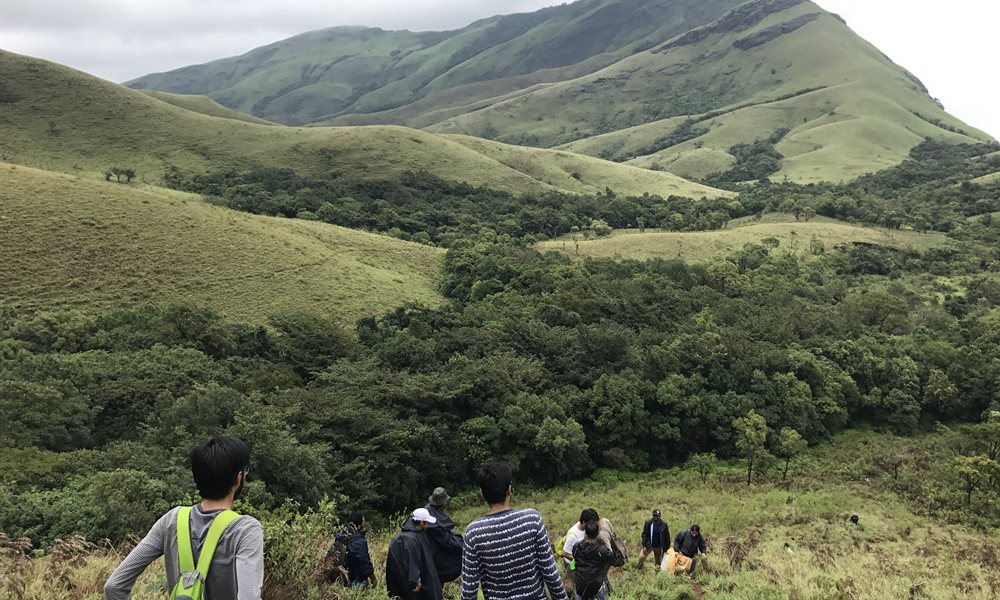 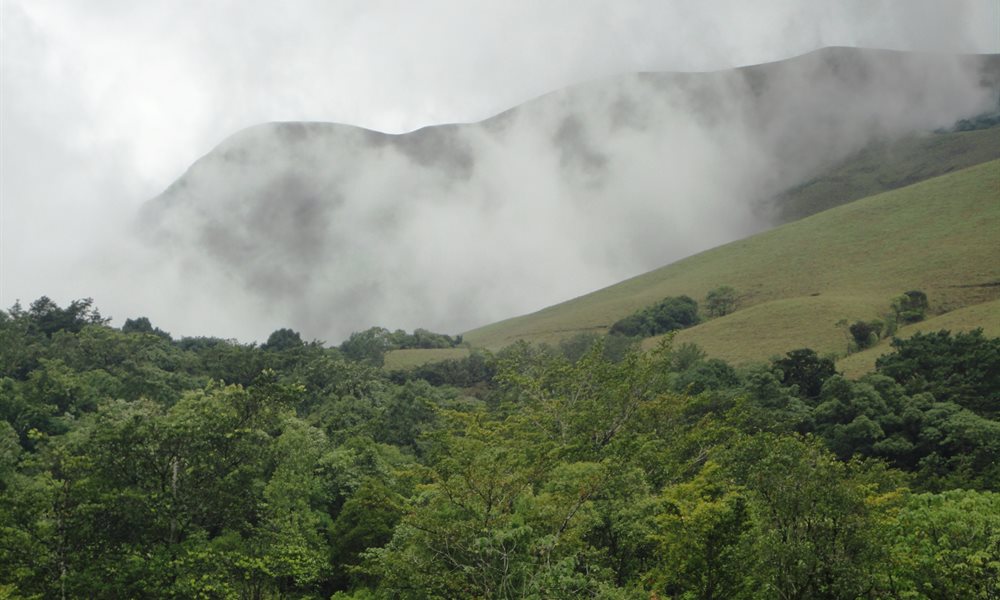 I did not stop there as I knew it would be dark before we reach our homestay. Soon it started getting dark and it was still raining. I was trekking all alone. I do not enjoy trekking when soaked in rain. After almost twenty minutes I heard familiar voices. That was a sigh of relief. I was relieved to know that even if it was dark at least I had some company. Finally, around 7 we all managed to reach the forest department office. The starting point of our trek. It was pitch dark outside and we all were completely drenched and our shoes were filled with mud. But in the end that 22kms long trek in the heavy rainfall was worth it. I witnessed the beauty of the Deccan in Monsoon and met some amazing people.

As someone rightly said.

“At the end of the day your feet should be dirty, your hair should be messy and your eyes sparkling.” 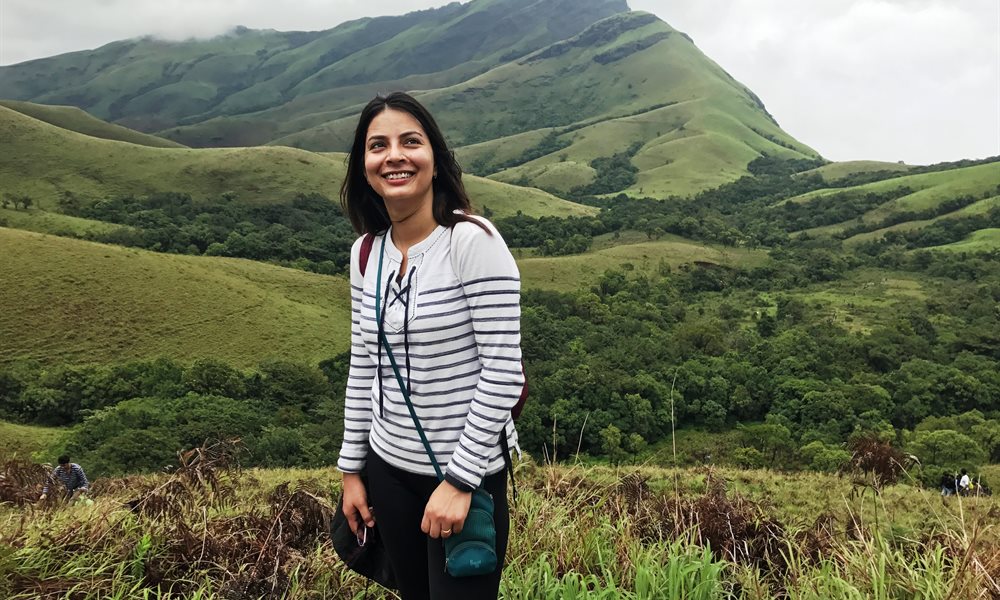 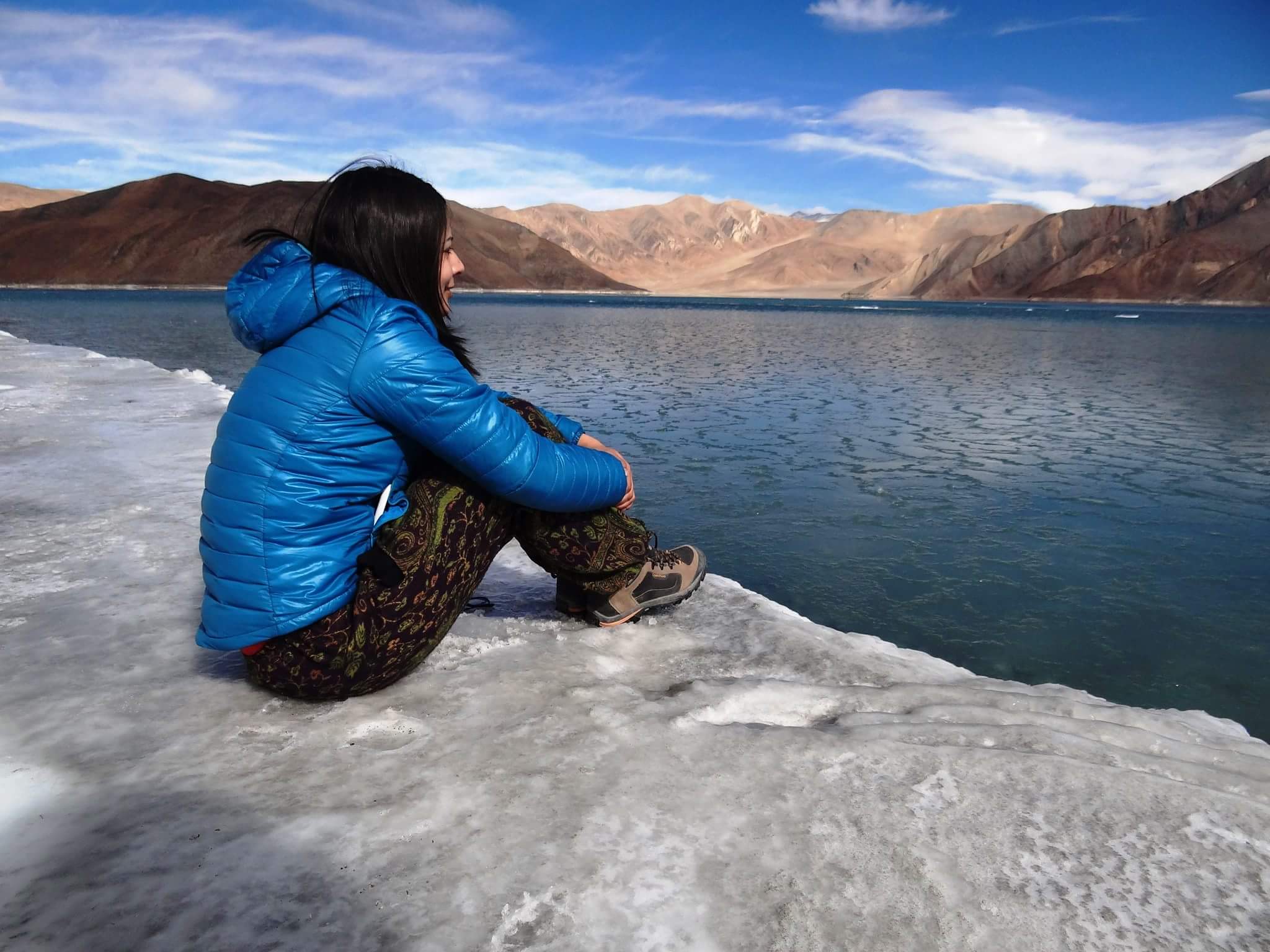 I have not been everywhere but its on my list. Read more