The Trek with Shooting Stars and Snow!

A place where Maal has two different meanings.

What is the first thing that comes to your mind when someone talks about Kasol?

If your answer is Maal, then you’ll be a little disappointed, but you can still read the blog for the other things mentioned. ;)

This place was on my bucket list for two reasons: The Kheerganga Trek and the Israeli Food. 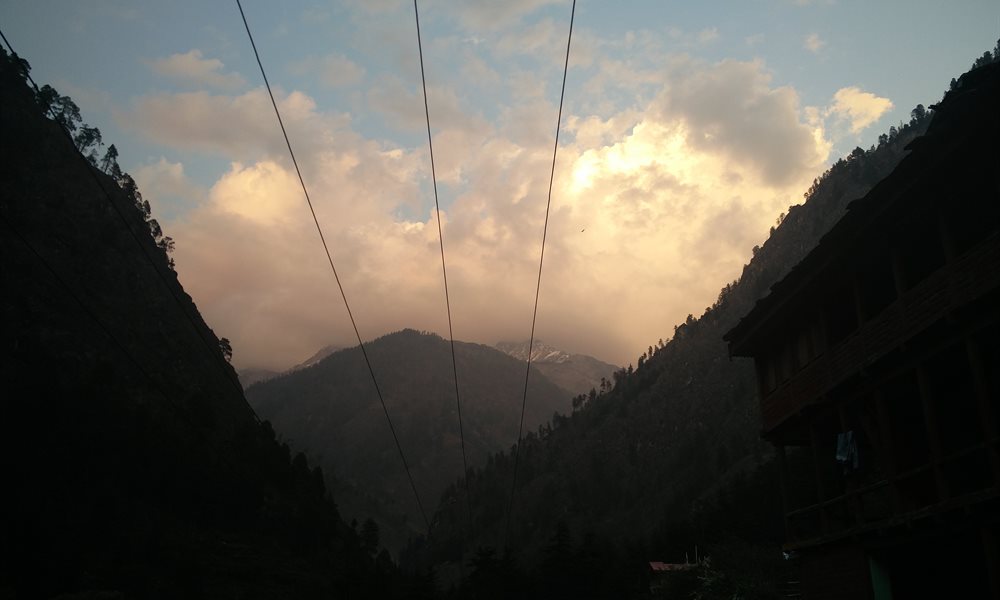 We booked a Volvo bus and left Delhi by 8 pm from RK ashram marg.  And that’s when the overnight journey to Kasol started. We reached Bhuntar by 1pm (SO NOT following the Itinerary), changed from the volvo bus to the normal bus for kasol.

Now, the ride from Bhuntar to Kasol was FUN.

Because of the Nepali and Himachali songs played in the bus. And FINALLY we reached Kasol by 2.30 pm. Checked into HHH Hotel, got freshened up and left for some lunch (Because we were STARVING) 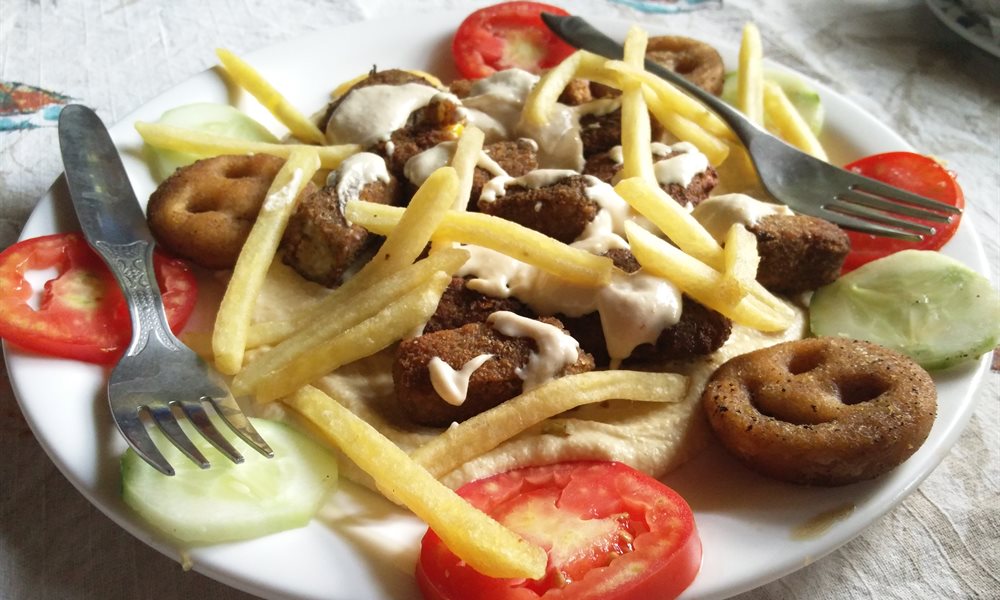 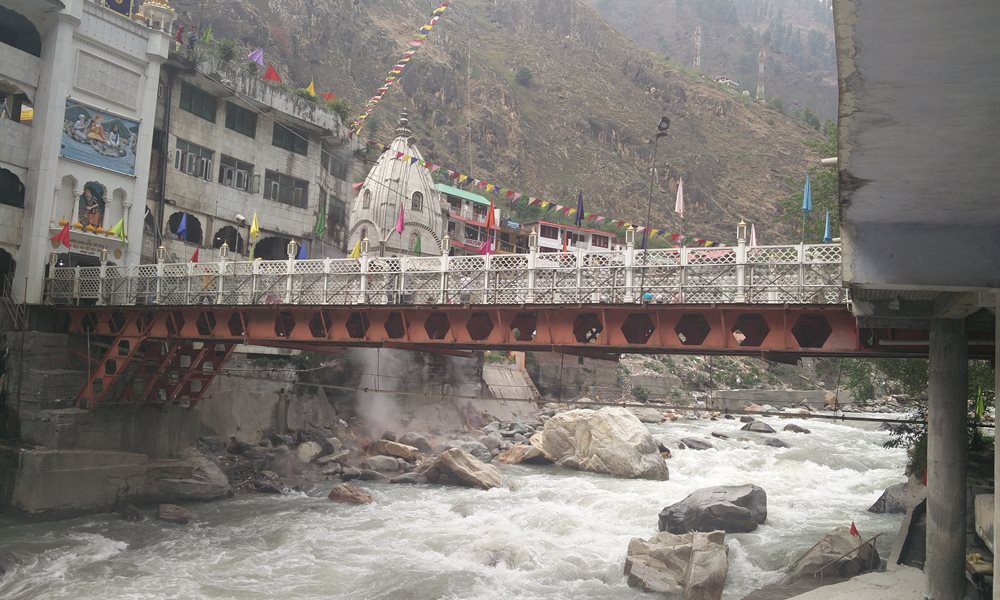 I’ll not give a detailed description of the food because it’s not worth recommending to anyone.

Our food got served after an hour (Who takes that much time?).

We were so hungry that we just managed with the food. Moving on, after the lunch we planned to visit Manikaran Gurudwara. The distance to Manikaran is 4 km. You can take a bus to go there but we wanted to warm ourselves before the Big trek next day, so we went there on foot.

One good thing about walking to any place is that you can walk there and stop at any time to look at the snow covered mountains, feel the chilly air, look at the sunset and hear the sound of the water flowing down the river on the other side.

And the best part? You have to BE THERE to know how it feels! 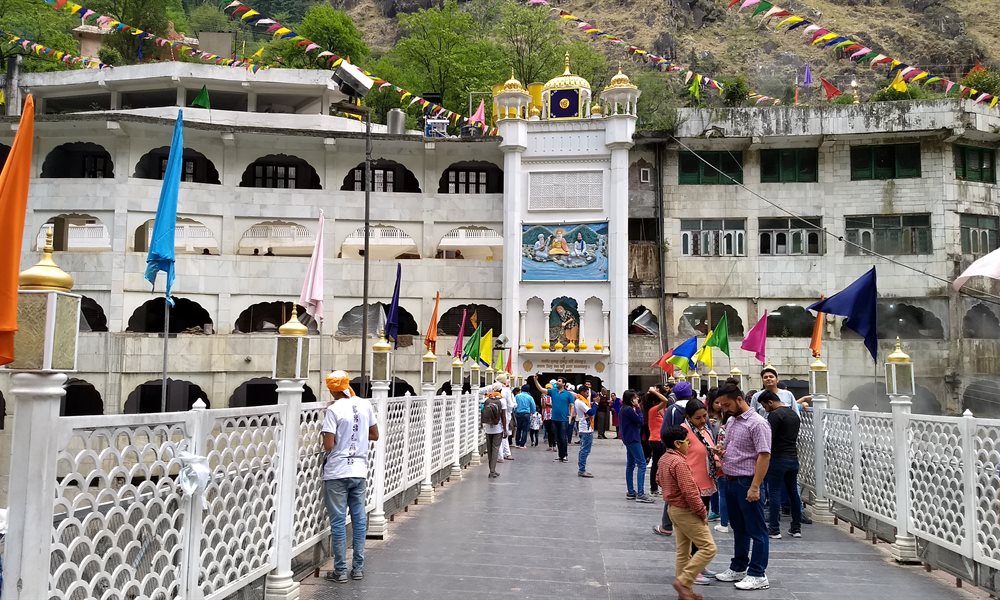 And after walking for about an hour, we reached the Famous Manikaran Gurudwara.

We have a hot spring here as well and here the rice, which is served in the Langar, is prepared from the Hot spring water. They also have a Hot Cave in the Gurudwara where you can just relax and take a quick Sauna if you want to (Just Kidding). No matter how much food you have had before, Langar actually fills your stomach. After the delicious Langar we walked our way back to the Hotel.

By this time it started to get a little dark and chilly. We reached our hotel by 7pm. 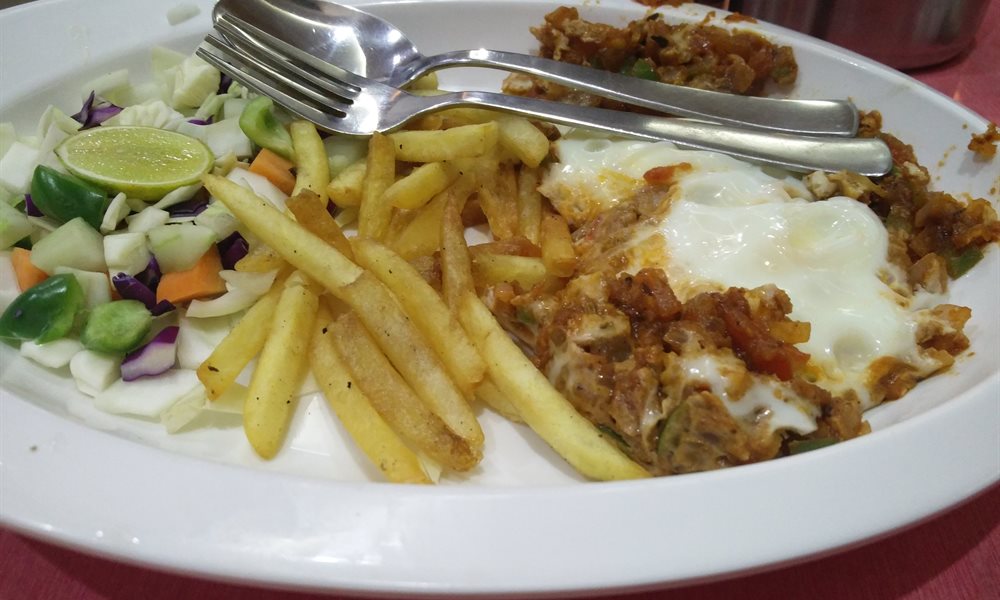 After resting for some time, we walked in the Kasol Market and went to Little Italy for dinner. We had Arrabiatta pasta, farm house pizza, pineapple juice, Coffee, Himalayan tea and some Israeli dish which i don't remember. This place is worth recommending to other people. Less waiting time, Good Food. And that’s how Day-1 ended with a Delicious Dinner.

Time for the much awaited Trek.

We woke up by 6 am, freshened up and took the cab to the place from where the trek starts. 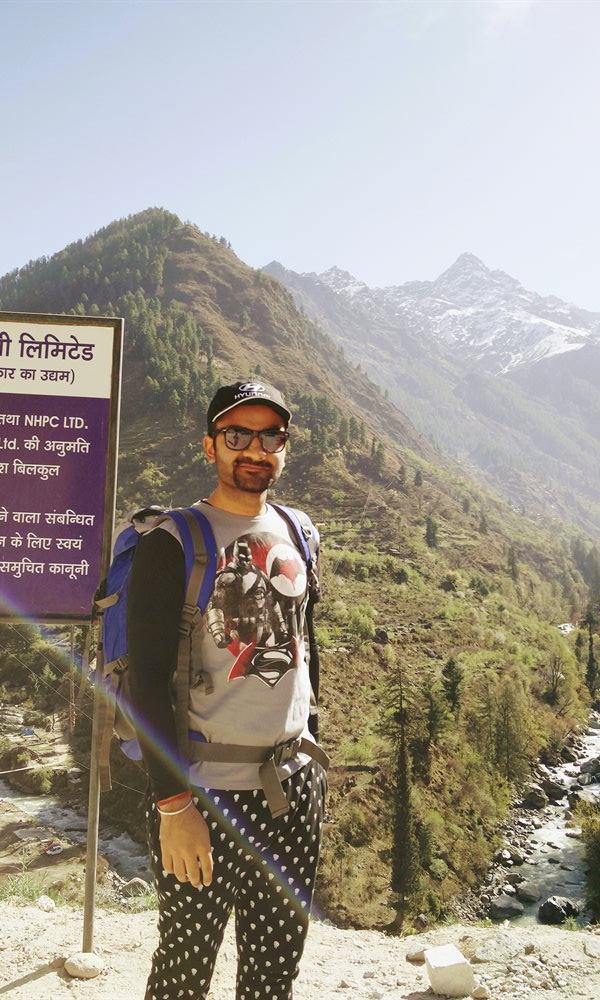 We were all geared up to start the Kheerganga Trek. Distance: 11km (One Side).

We started at 9 am. Normally when you start any trek, first there’s a normal road then some steepness. But this Beauty was different. It started with trekking down to the bottom, then some steepness and then a normal road for some time. We had a lot of time in our hand, so we utilized it by clicking numerous pictures. We didn’t want to leave anything for the next time. After trekking for about 2 hours, we reached Rudranag. Rudranag is roughly 6 km form the Starting point. Here, we have a bridge, a Waterfall, a Temple and some Food Joints. What more do you want to relax? The water here was chilling and to get into the water to get some good pictures was a task in itself. But the pictures were worth the effort. 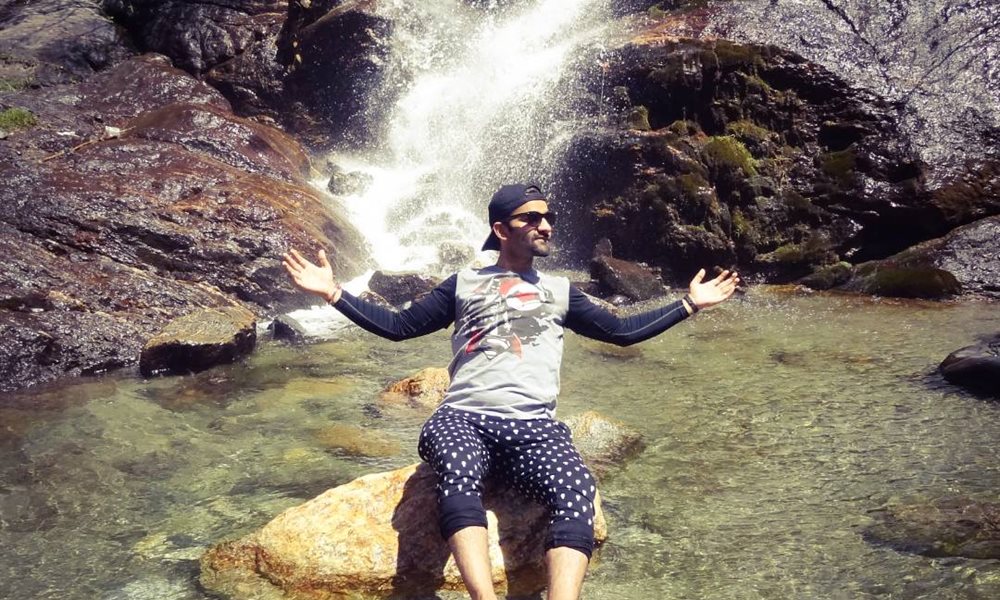 Posing in the Chilled Water!

The real difficult part of the trek was yet about to start. From here we had roughly around 4 km of steepness. We crossed the Rudranag Bridge and the Steepness began! Now the breaks increased and we were resting after walking for 30 min. And that’s when the portable Speaker came to our rescue. We played some good songs and completed the difficult part of our trek making our way to the top by 2 pm.

The sense of relief you get when you reach the top of the Trek is just indescribable. 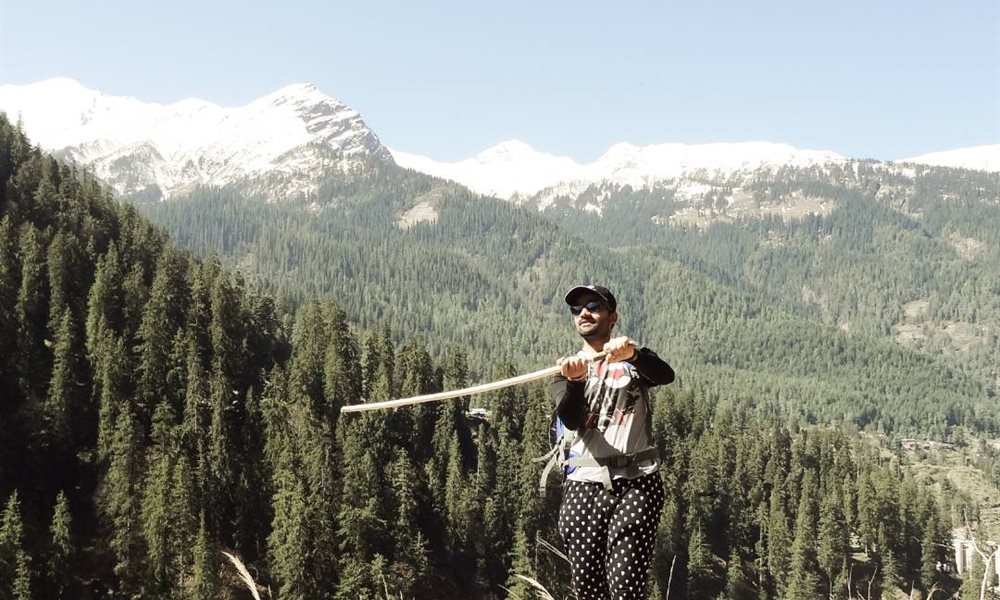 Pose with a Background View! 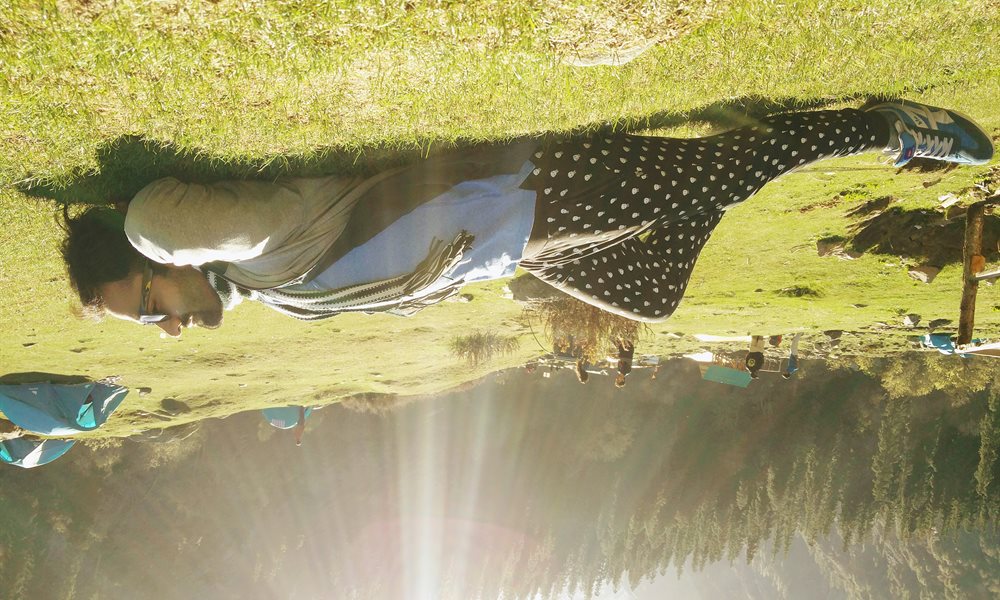 Lying under the Sun!

We pitched our tents, had some lunch and then rested for a while.

After that we started exploring the place and we came across a patch of snow and we had this crazy idea of getting to the top of the snow and slide down. So we climbed to the top (Just like Wolverine uses hands to climb up) and just when you think that’s all, there was one humongous rock right in the pathway for sliding down. So we had to hit the brakes with our hands at just the right time to avoid injuries.

Thankfully we came down safe. 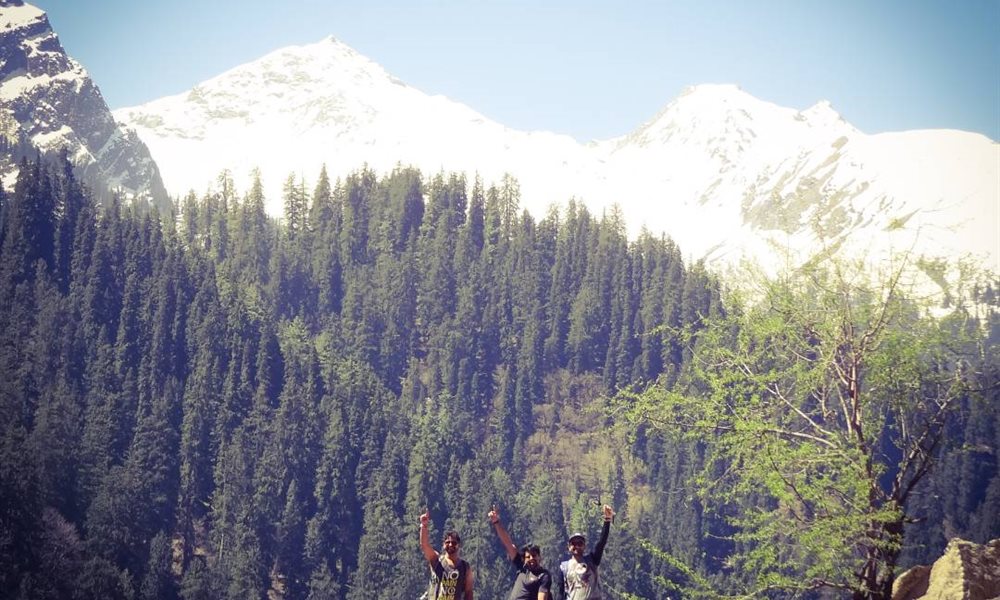 Next on our list was the Hot spring on the hills. We marched there and landed into the hot spring. The water was hot as expected, but you couldn’t feel any difference after 2 minutes. You could just relax there and feel much better after coming out. It started to get dark and we walked back to our tents. Then it was time for some Bonfire. Now the funny thing is that it was too crowded because of the long weekend.

So there were only three types of people there:

Now after the Dinner was over, it was time for some Star Gazing. And I must say the view was magical. We even got to witness a shooting star. But the atmosphere, the chilly weather, sky full of stars! You could just lie there and look at the stars all night and not get enough of the view. It was THAT good. Not to forget, the sleeping bags were not enough to hold the chilly weather.

And that was the end of an eventful Day-2.

It was time to say goodbye to the beautiful mountains.

We woke up by 7 am, freshened up and had breakfast. Before starting our trek, we went to the Temple that was right on top of the Hot spring. Then started the trek by 10. 30 am. Now we were loaded with a photo album for the entire trip so just marched down without much breaks. Coming down is rather easy and we finished the trek by 1.30 pm. We took just 3 hours to complete the trek and that was quite an achievement for us. 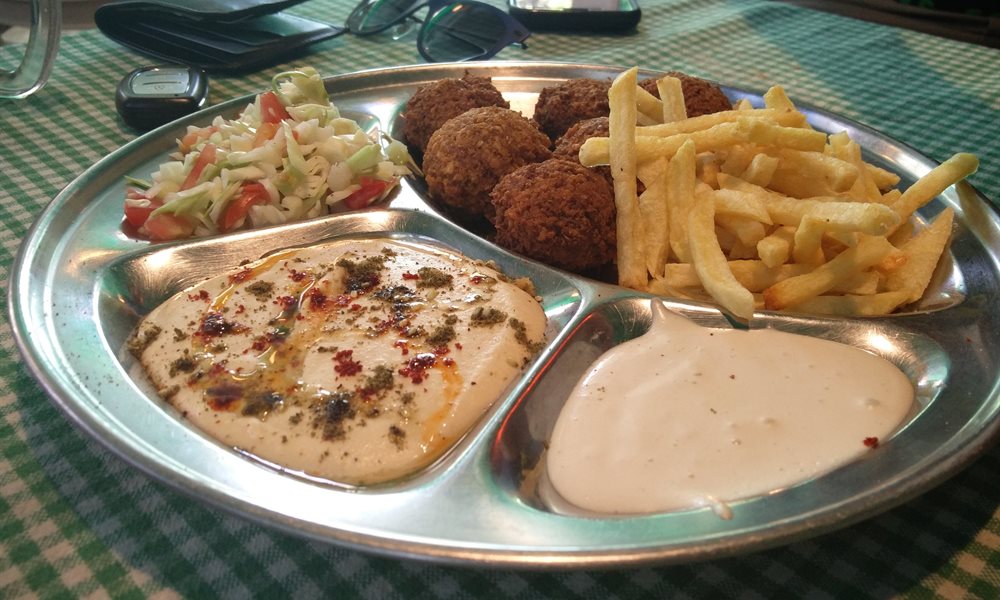 The Most Delicious food in the Trip!

We had lunch at King Falafel Café. We ate falafel platter (which had falafel, pita bread, hummus, fries, mayonnaise), egg salad sandwich, ice coffee and lime soda. Although the service was a bit slow, but the Food was really worth the wait. It was the best Café on my trip and should be on everyone’s list when they visit Kasol.

After finishing our lunch we left Kasol by 4 pm. I was too tired after the trek that I just wanted to lie down and wake up right in my bed. After the overnight journey back to Delhi, we reached Delhi by 5 am.

And that’s how the much awaited trek came to an end. And there I was, with Memories to cherish and experiences to share. 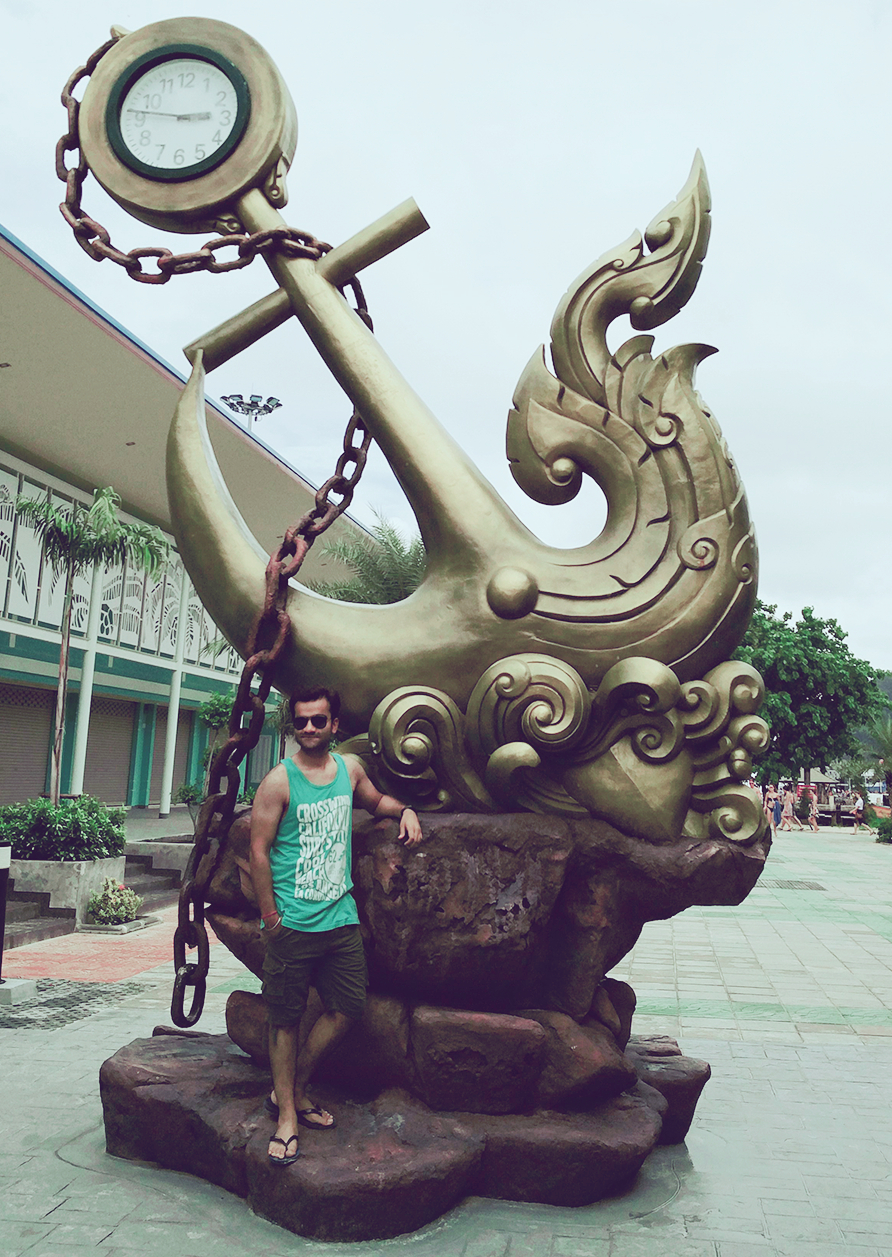