It’s Journey, not the destination (Hemkund sahib and the valley of flowers)

HEMKUND SAHIB AND THE VALLEY OF FLOWERS EXPERIENCE

I had a strong desire to visit the “valley of flowers” since 2013, having seen some stunning snaps on my friend’s cell phone. But I had no idea as for how to plan the trip and whom to go with?

One day, surprisingly, my friend Samarth Nautiyal buzzed me, saying, they have a plan for trekking to The valley of flowers. But being, engrossed with daily hustle & Bustle of life and professional commitments, the reply for the invitation went to a disappointing “NO.” But being an inquisitive nature lover, I got tempted with this opportunity.

Thanks to Samarth and the group for the splendid experience that I had on this complete trek. I planned to explore the valley of flowers and came to learn that Hemkund Sahib will be covered along with this trip as well. I did some researches on the spot to visit while attending the office. It was my first distance outing along with the team and neither was I well acquainted with anyone, who was a part of this outing.

So the journey begins on 10th August 2016. We had booked a midnight train for Rishikesh. We managed to reach early in the morning to the Rishikesh bus stand. I was introduced to the Team. We waited an hour or so for the other slot to reach. Our organizers had booked 2 tempo travelers for the strength of 26 people. After a few formalities, we sat on our respective traveler to start the journey.

We embarked upon our next destination which was - Joshimath. It was approximately 09 hours’ of a drive. As I looked out of the window, the serene beauty of the way towards Joshimath, left me mesmerized. The flora & fauna of the complete natural diaspora was making me remind of William Wordsworth’s Poetry. It was an unbelievable journey comprising the beautiful Panch Prayags, Mighty Mountains but the dreadful roads all the way towards Joshimath. Seeing the Himalayas for the first time was a joyous experience. We halted twice or thrice for the breakfast lunch and snacks.

We reached Joshimath at 8:00 pm and took our respective rooms at the hotel. We all were tired, yet excited. We had a good dinner and slept early.

I woke up around 6 am as we were to start the trekking early. Everybody had their bag packed for the next sight towards” Ghangharia.”  After breakfast, we gathered together for the instructions from our group leader, Mr. Hitender Rawat, which was really productive for our trip.

Group leader led ahead while Samarth Nautiyal joined us at the end of the group. We were expected to gain an altitude of 3000 feet over the course of 14km. I saw few Tata Sumo going up on the road however found out that they generally cover only 3 km to one particular village. We all started walking slowly as we were getting acclimatized to the hike and we covered 3 km motorable stretch. Then the trail narrowed and we were gradually climbing big stretches of up inclining followed by small but insignificant descents. 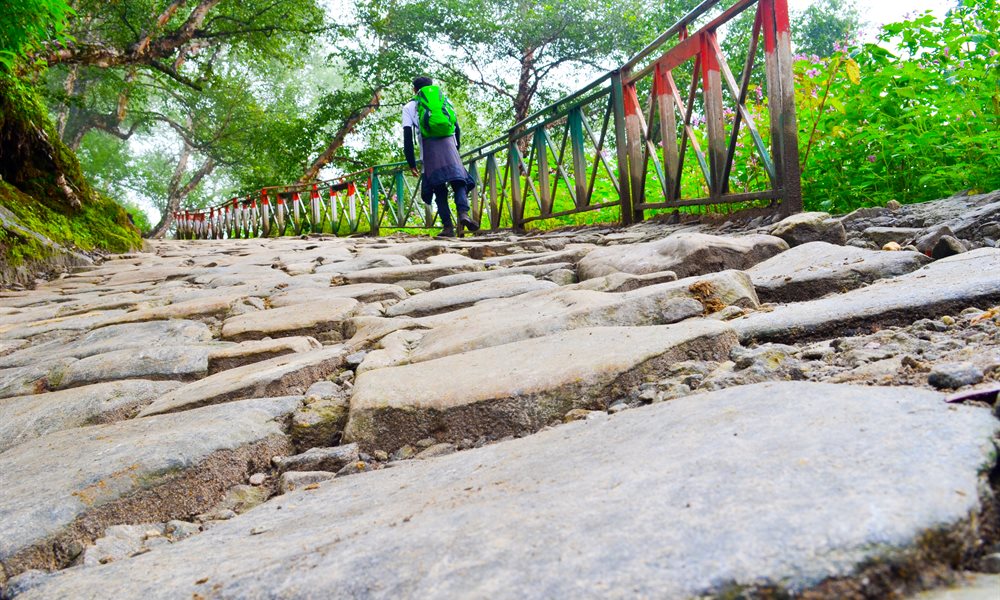 The road was flat and some downhill. After walking for a few hours we reached the bank of Laxman Ganga where we clicked pictures and had a good time there. 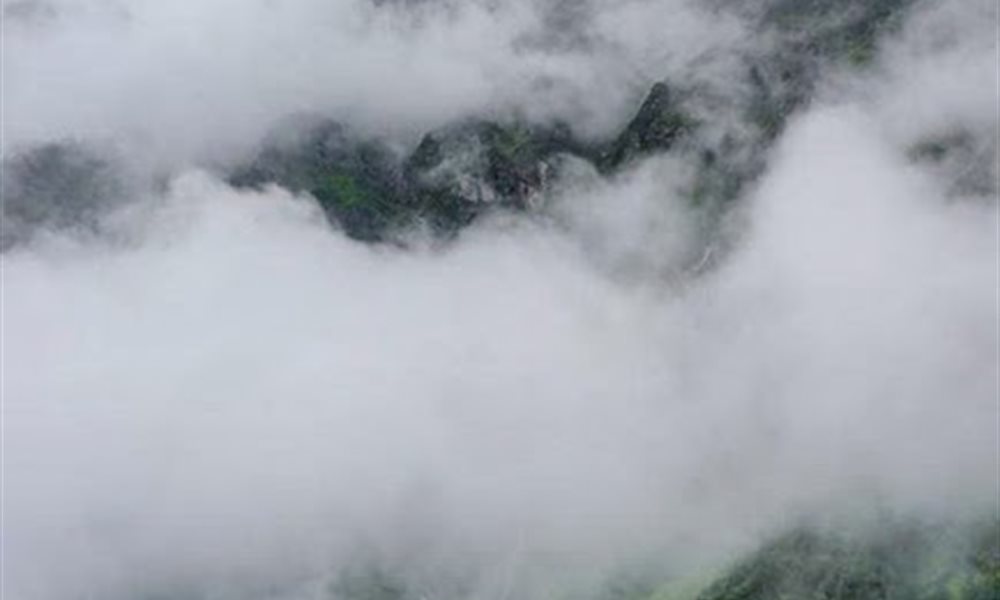 Again we started walking towards Ghangria which was getting steep. My legs were paining and felt like I cannot lift them anymore, however, the passion kept me going. We were gaining height very fast and after almost 10 km, I felt the sudden drop in temperature and it started drizzling thank God we were advised to carry raincoat which came handy. After too much huffing and struggle, we finally reached the helipad of Ghangria at 6:30 pm.

It was quite dark by now because of unpredictable weather and it took us half hour to walk to Ghangria from the helipad. It took me almost 9hours to complete the unbelievable journey from Joshimath to Ghangaria along with a few stops for tea, food and not to forget to capture serene. 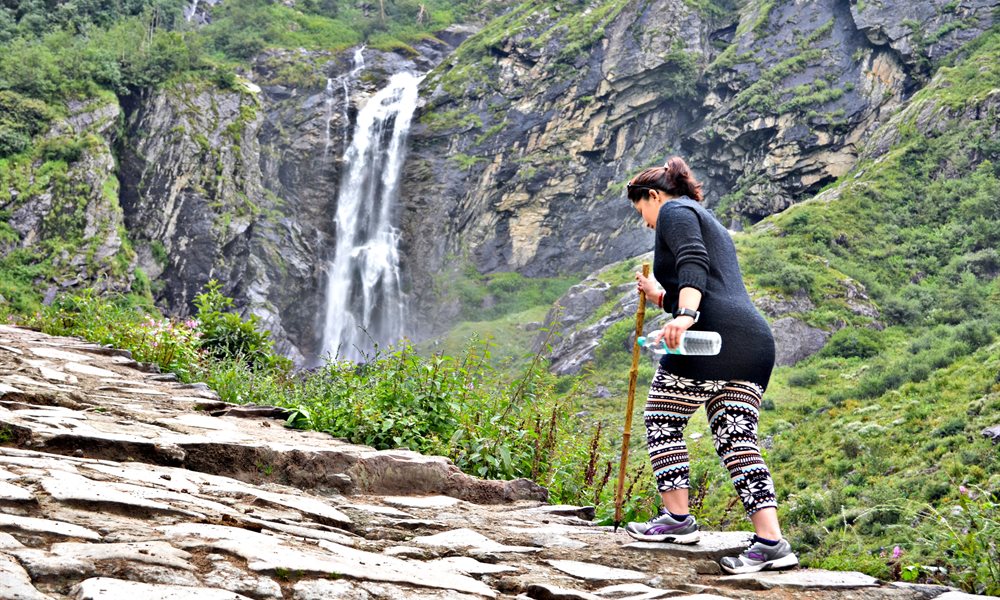 Ghangaria is approximately at the height of 3049 meters and I was doing ok. Next day we were heading to the Hemkund Sahib. The story continues …

Hemkund Sahib is considered to be the pilgrimage for the Sikhs and a Gurudwara is present at a height of 14500 feet. It is accessed by a very tough 6 km trail. We woke up at 05:30 hours, quickly got freshen up, had breakfast and carried some lunch given to us by Unbelievable Living. We started around 7:30 am, the trail is indeed very steep with no flat surface anywhere as expected. I decided to go a little fast as the weather was clear and I could see the beauty of the trail. I was targeting to reach Hemkund Sahib around as soon as possible. I saw wonderful pictures hence I didn’t want to miss out all the views from the top and wanted to spend some time at the lake. Finally, Gurudwara was in front of us and it was a relief as we reached the top.

A star shaped Gurudwara is surrounded by snowcapped mountains.I was hungry and little tired by now so I decided to have a cup of tea and dal Khichdi at langar which felt like heaven. After gazing the beauty of vicinity I dipped in the lake and it was bone freezing cold. Four to five people from our group also decided to dip themselves in the lake. They came out as quickly as they went inside the lake. We visited the Gurudwara offer our prayer, the feeling was out of the world. Now it was time for return because there is a chance of getting hit by altitude mountain illness, hence I decided to descend down at 01:00 pm. 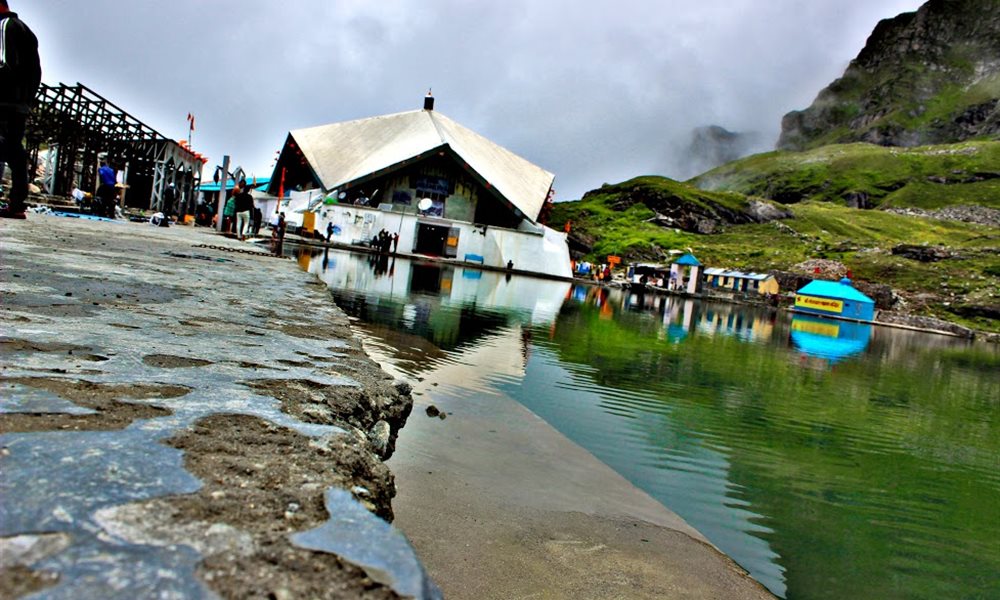 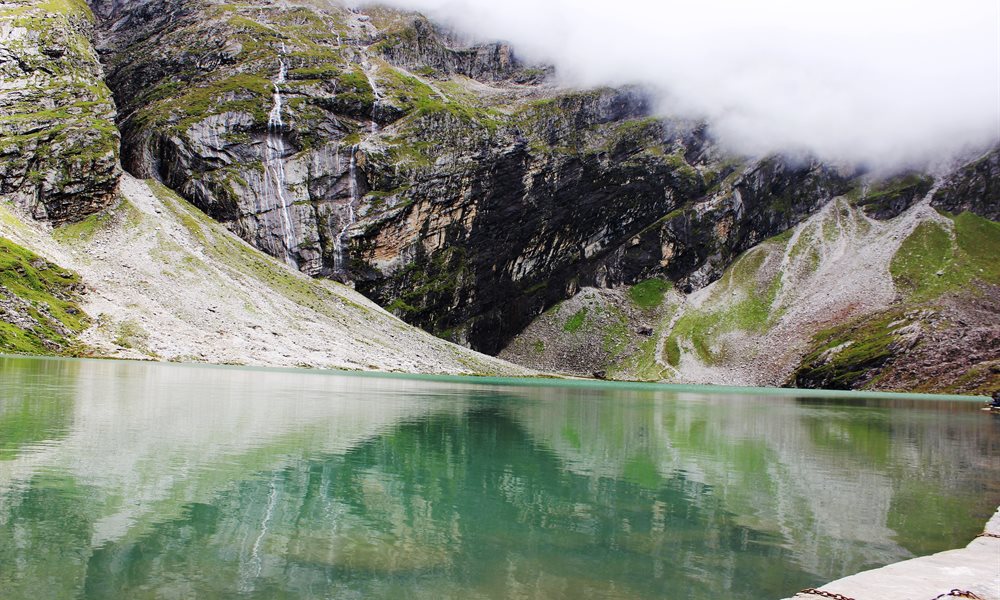 Descend was again painful and pressure on toes. It took me 5 hours to descend at a leisurely pace. I can’t describe the feeling of an entire journey to Gurudwara. Again we had a good dinner, lit a bonfire, shared some crazy stories and got to know each other and then went to bed as tomorrow was last day of our trek to The Valley of flowers.

Next day trek to The Valley of Flowers which is 3 km from Ghangaria after crossing the bridge over River Pushpawati, which takes about 2-3 hrs., the valley is 5 km spread.

Once Mr. Frank S.Smithe, lost his way after the successful expedition of Kamet, by chance reached here, he was so impressed he authored a book “The Valley of Flowers “and wrote about its serene beauty, that’s how the present name was given.

Everywhere there is some grass, berries, shrubs, flowers but you can’t find the tree. Rain is quite unpredictable and one is not allowed to stay in the valley at night and just one day is not sufficient. One must carry raincoat eatables and water bottle. Don't want to describe more; here are some pics of this breathtaking place. 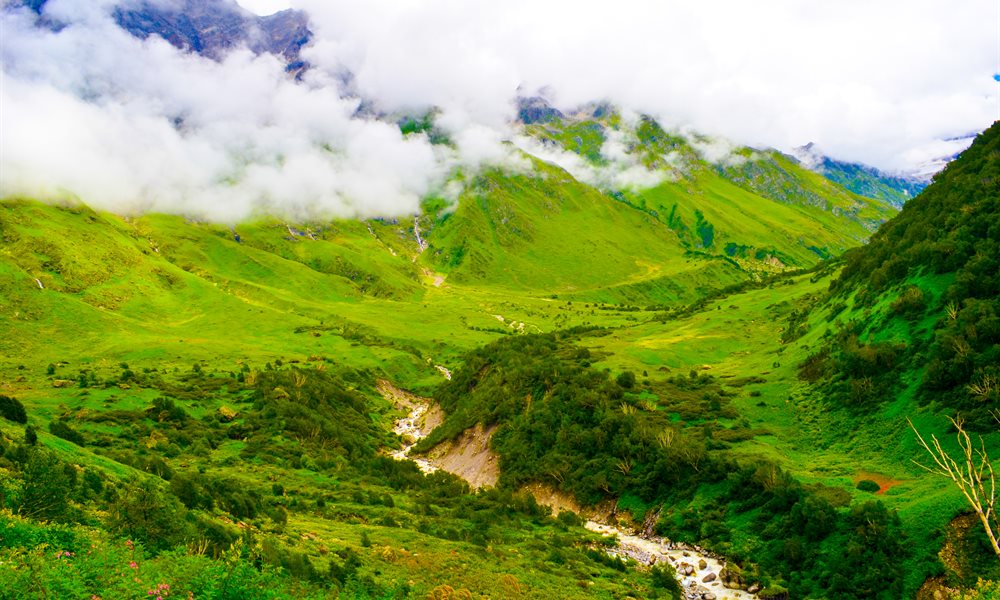 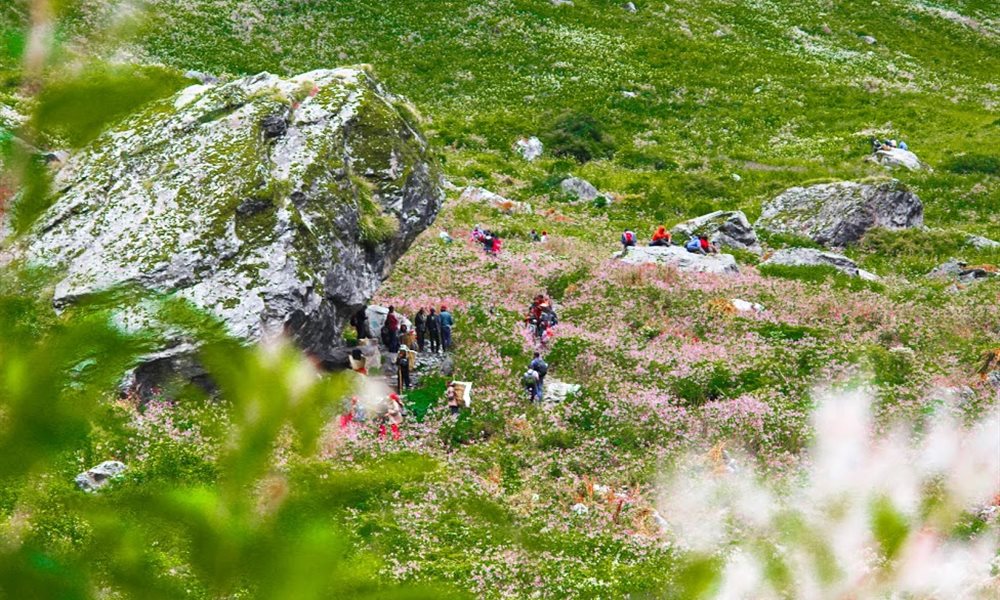 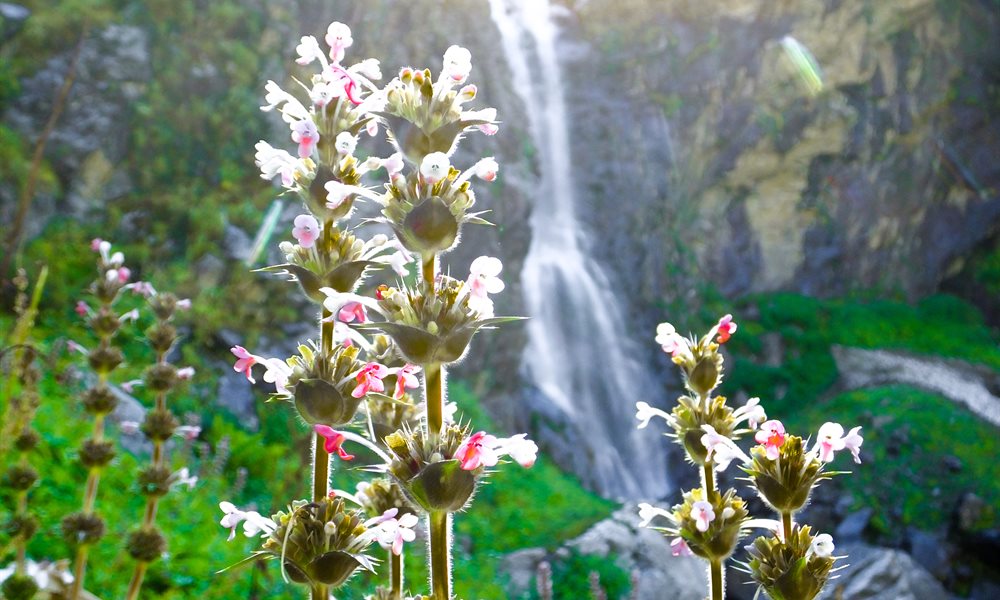 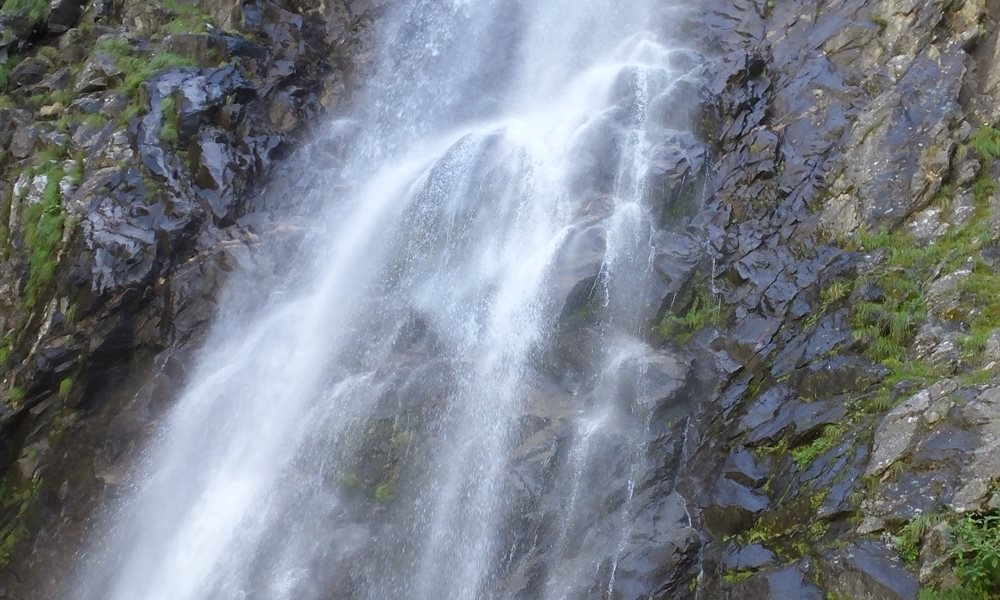 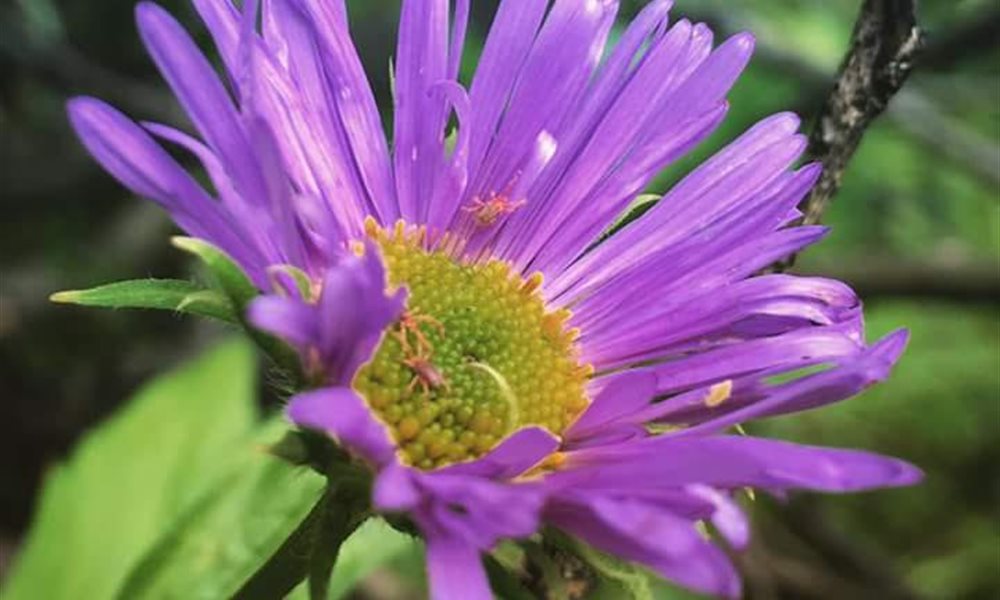 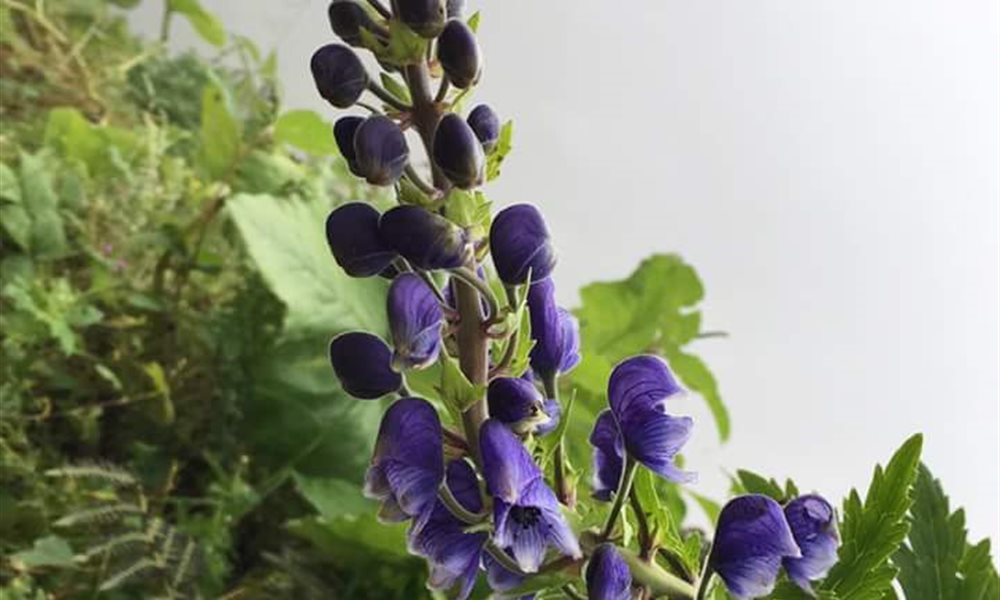 We had to leave Ghangharia as planned hence we came back little early from the Valley. We left the place at around 4 pm and reached Joshimath around 10 pm. Then we traveled by Tempo traveler which we had booked. We stayed at a hotel in Gobindghat overnight.

Next day we planned for Chopta, which is a beautiful village in Uttarakhand. Chopta is blessed with nature’s beauty. We had lunch there in Dhaba and stayed there for an hour.  Rishikesh was still 8 hours’ drive from there. Everybody wanted to reach on time. There was a break fail in one of the travelers in the middle of the road so we had to stay there for half an hour until it got repaired by a local mechanic. Indeed, it was a wonderful time spent with new friends and we enjoyed the photo session. 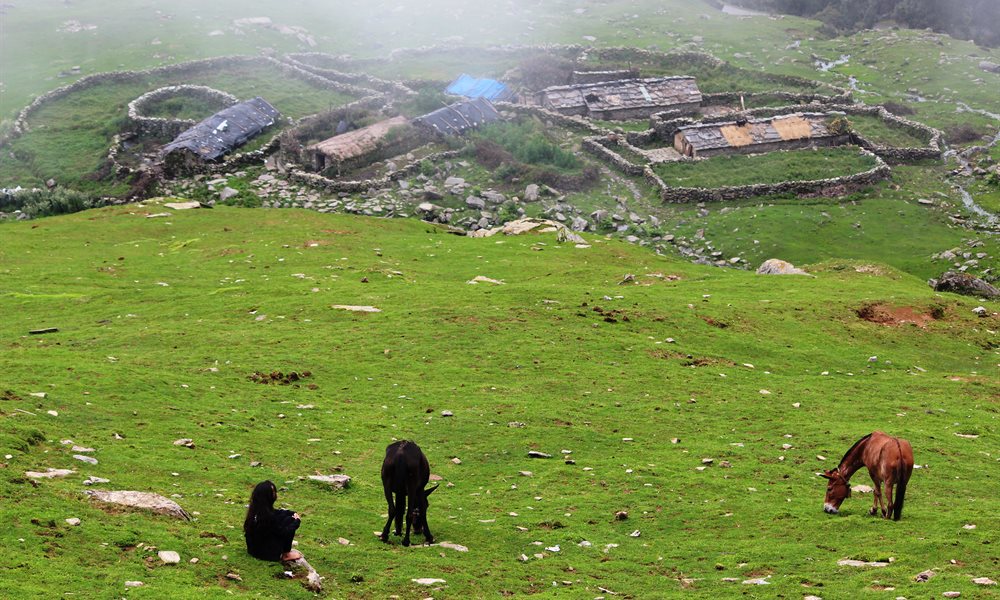 Around 7 pm, we left from there and had dinner at one of the resorts. After that, it was around 5 hours’ drive to Rishikesh. We arrived early morning and waited for an hour, for the bus for Delhi. Others had to leave either by their own conveyance or the bus.  We reached Delhi by 11 am with loads of beautiful and unforgettable memories.

I would like to thank the organizers and the team of “Unbelievable Living” for this wonderful initiative which made this quote in Sanskrit “Vasudhaiva Kutumbakam” materializes and wishes to join you again. I had spent a good time throughout the trek and met some outstanding people and friends. It was my first and great experience with the mighty Himalayas which I will cherish throughout my life.

There are many ways that I would describe myself,  fiercely independent, driven, sarcastic, protective, wild, adventurous, passionate, and absolutely in the wonder of the world around me. Not to forget photographer and travel writer. 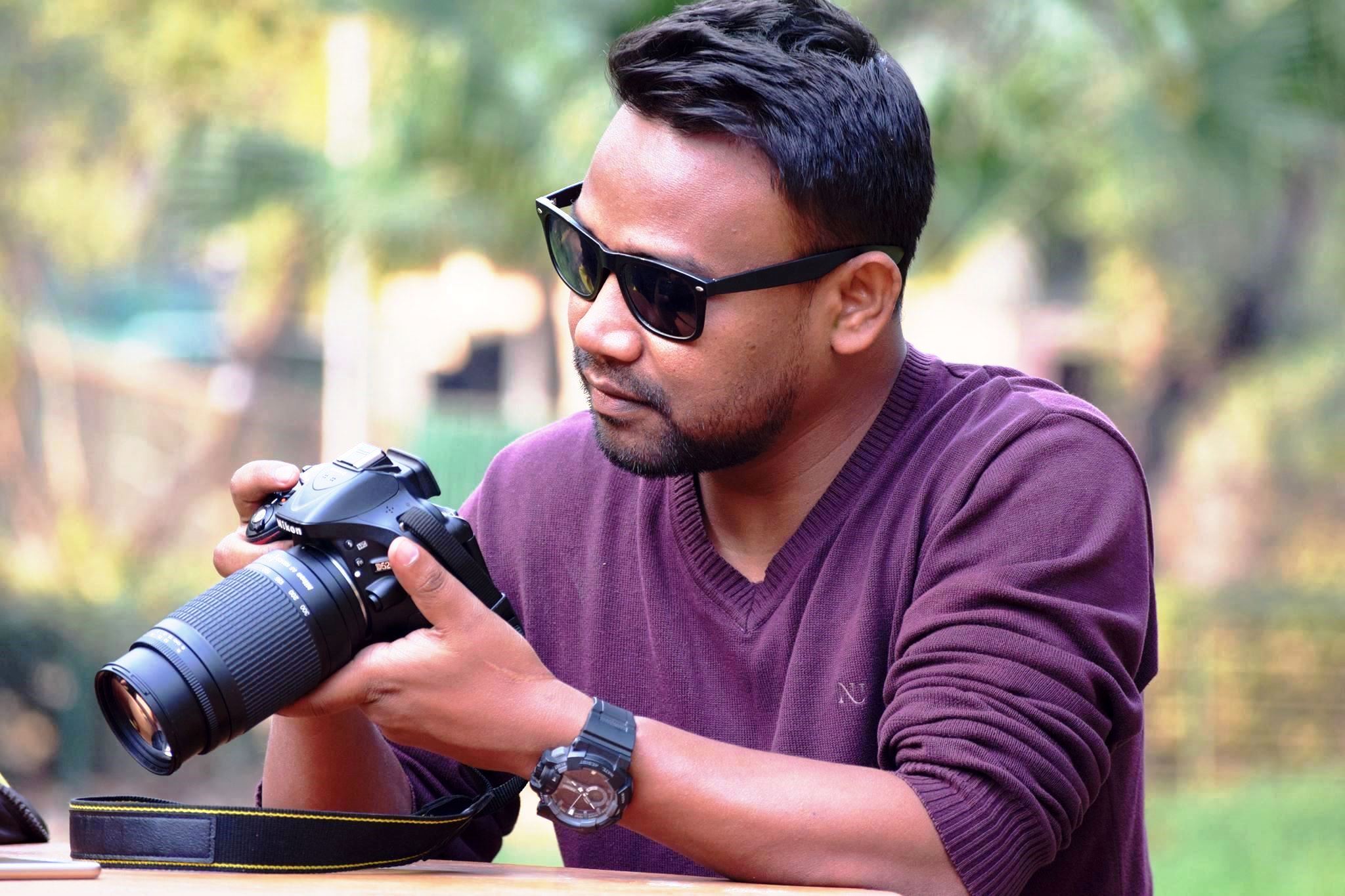