Travelling to North East India was on my bucket list for a long time. I had never been to this part of my country before. I searched about visiting northeast on the internet, and a lot of articles popped up saying that the best way to explore northeast is by trekking there. 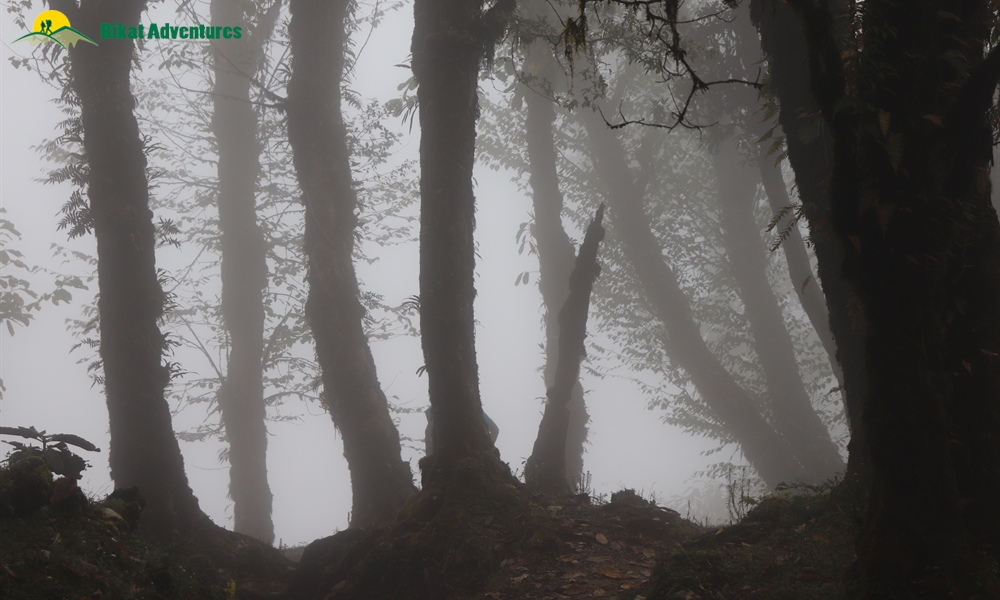 So when I got the chance to cover Goechala as my next assignment, I jumped to grab this opportunity. A lot of blogs claimed that Goechala is one of the most beautiful treks, and now that I have been to Goechala, my experience approves the same.

Goechala has got the prettiest trails among all the treks, the trail mostly much lies through the dense forest adorned with flowers and wild mushrooms. Enjoy this photo story on Goechala:

Entering into the Wilderness of the Kanchenjunga National Park:

Embrace the feeling when you enter the green coloured gate that reads ‘Welcome to Kanchenjunga National Park’ and you know that you are going to camp inside the dense forest for coming eight days. With every turn you take, the trail becomes denser, the noise of the waterfall grows louder and you can hear the chirping of birds. You know at once, this one is going to be one hell of a trek. 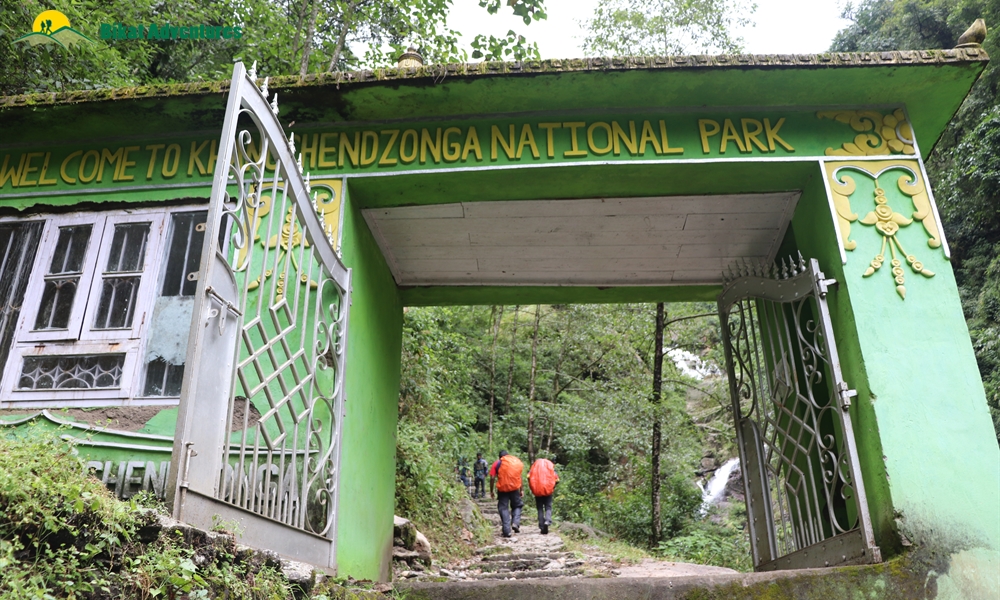 Camping by the lake at Tshoka:

Tshoka in Nepali means ‘source of water’. The site from Tshoka opens up to a 360-degree view of gigantic mountain ranges. Tshoka will treat you with its countable cafes, huts and a monastery by the lakeside. A small camping ground by the lakeside along the prayer flags is a perfect camping spot at Tshoka. 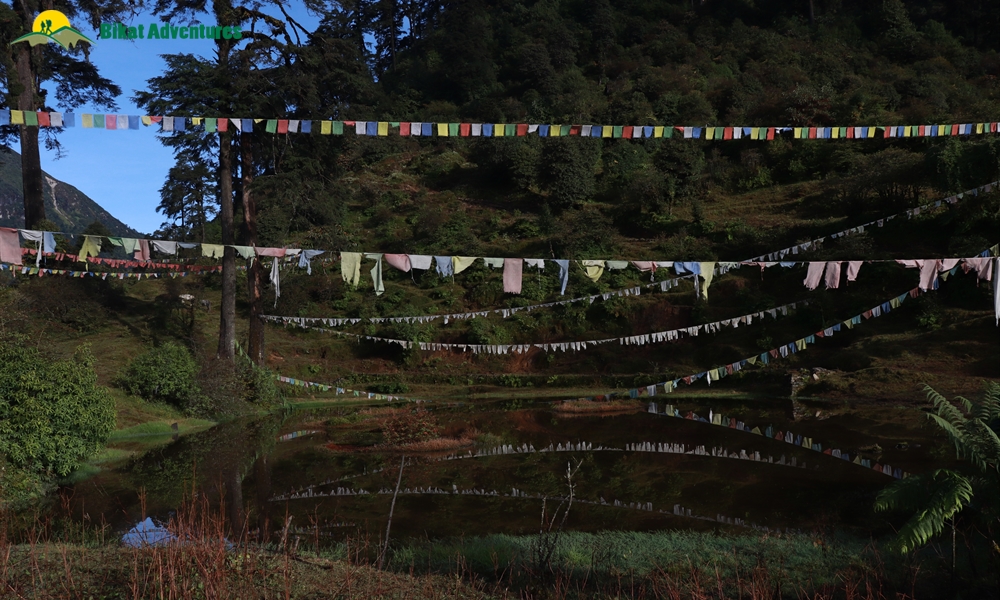 The challenging climb to Dzongri

Dzongri means ‘home of Mountain God’ in the local language. The climb til Dzongri is an arduous one, and you gain 4000 feet in a mere six hours, traversing along a thick, dense forest trail. Dzongri also has a viewpoint from where one can witness sunrise over snow-clad mountains. 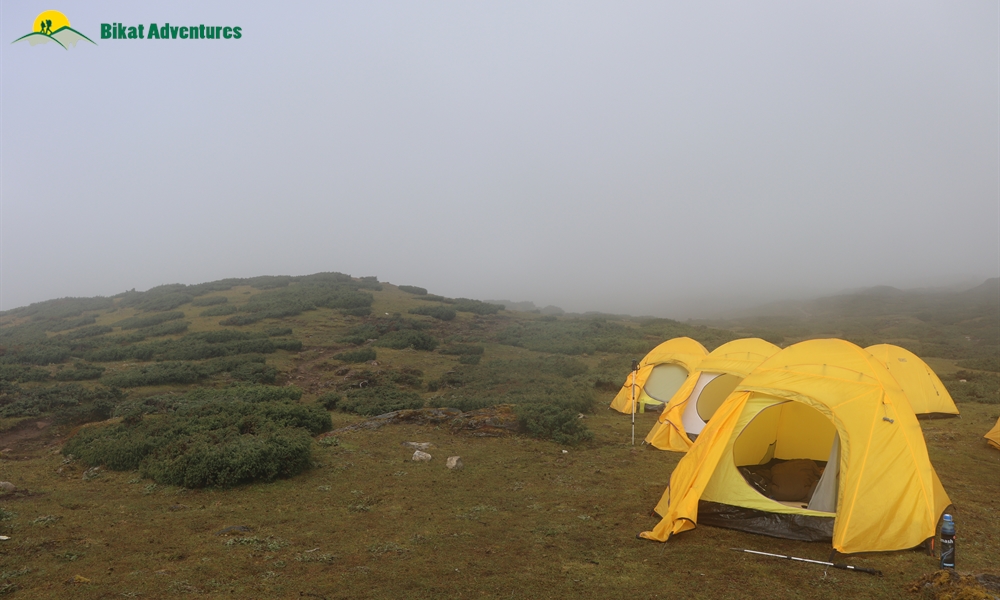 The Mount Pandim at Thansing

Goechala is as much about mount Pandim as it is about Kanchenjunga. In fact, it is more about the former. Mount Pandim will leave you spellbound by its grandeur structure covered with a thick slab of snow. Watch the mesmerizing sunrise at mount Pandim, playing peek-a-boo from behind the fog, and the different hues of sunset. 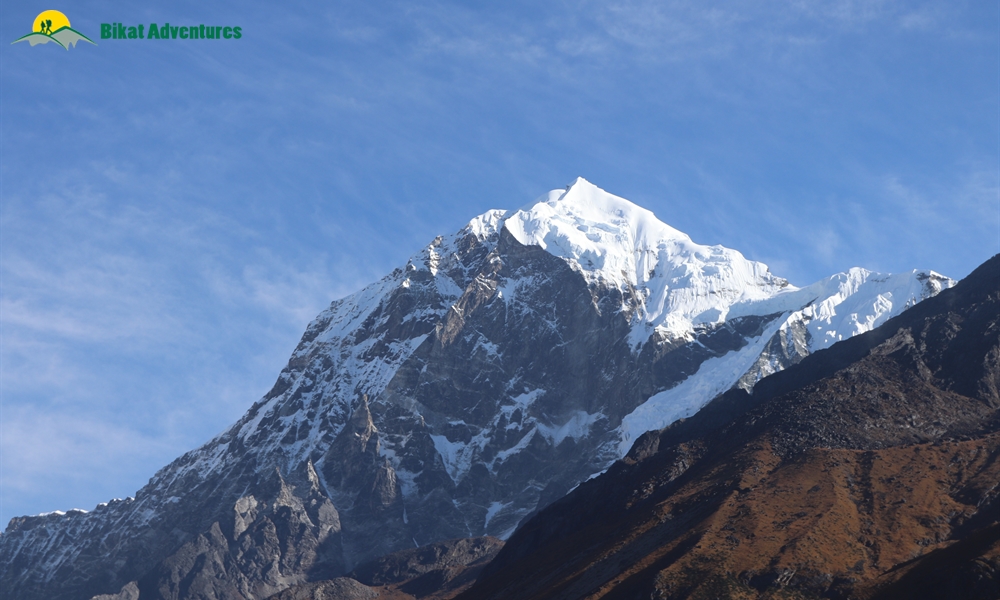 The Bone Chill Freeze at Lamunay

Lamunay is the base camp site of Goechala. Weather changes here within a blink. At one moment it will be bright sunny, and within five minutes the whole campsite will be covered with thick fog. Be prepared to face the freezing evenings as the Lamunay campsite is right at the foothills of Mount Pandim. Camping across the stream multiplies the chill factor, but it is worth the view you get from Lamunay campsite. 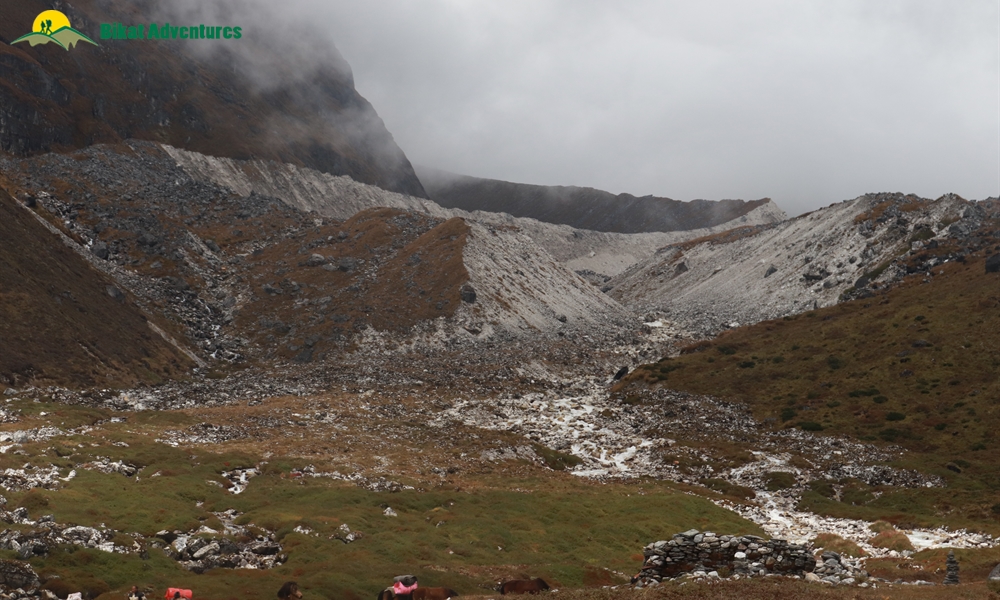 Don’t you wonder what it is like to watch the first ray of the day illuminating one of the world’s highest peaks? The golden streak-breaking into thousands of glistening particles as it hits the snow-covered slopes of Kanchenjunga peak. Watch the best sunrise of your life from 15,000 feet. The view will leave you awestruck as you watch the whole mountain range getting the golden shade of morning sun. 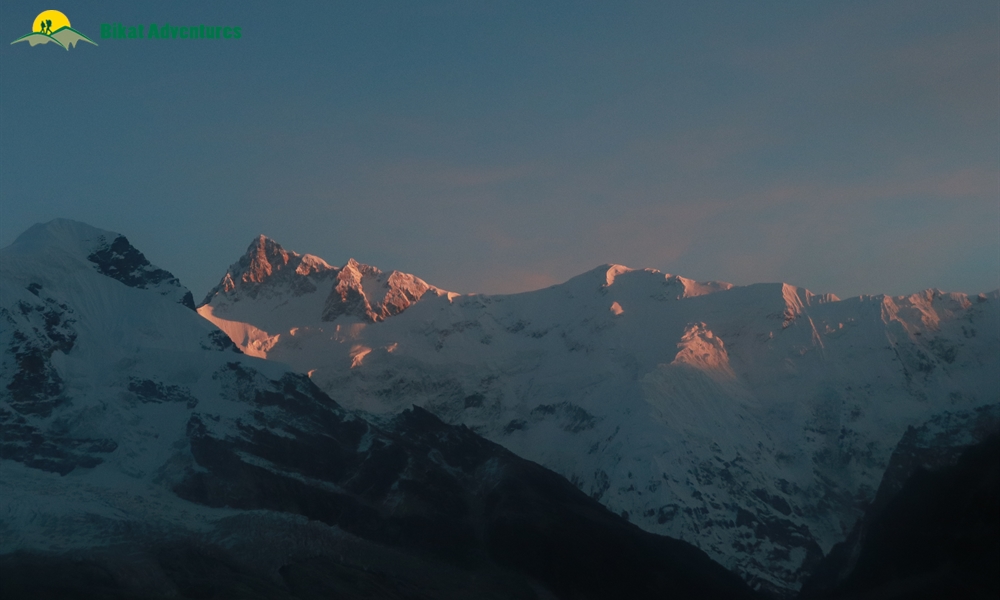 The Enchanting Forest of Korchorung

The trail from Korchorung to Phetang is a 10 km long walk through the dense forest of Kanchenjunga National Park. Though the entire trail in this trek lies through the forest, this part of the trek is worth mentioning. The trail is also known for bear marks and wild roses. You will get to see exotic varieties of mushrooms colored in black, yellow, brown and many more. 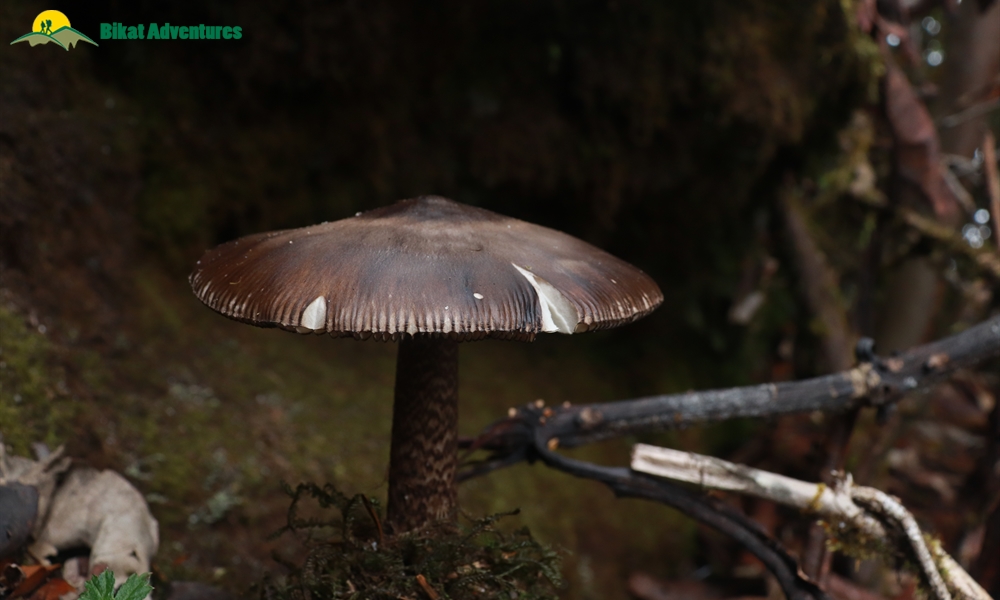 There is a famous saying that ‘the journey is more beautiful than the destination.’ This saying holds true, quite literally for Goechala trek. There won’t be a single boring day throughout the trek, and it actually becomes difficult to glue your glance at the trail rather than the beautiful surroundings. So now that you have virtually traveled to Goechala, would you be considering it as your next trek?