How do you find out if a Trekking Organization is Sustainable?

It is no secret that interest in trekking has been flourishing in India in recent times. With each passing year, we see

The good news is state governments are taking interest and introducing initiatives to manage crowds on the trails. The bad news is these regulations are unable to catch up with the pace at which trekking has been growing in these regions.

At a juncture such as this, it falls upon both trekking operators and trekkers to trek sustainably.

This raises the question, what does sustainable trekking mean exactly? 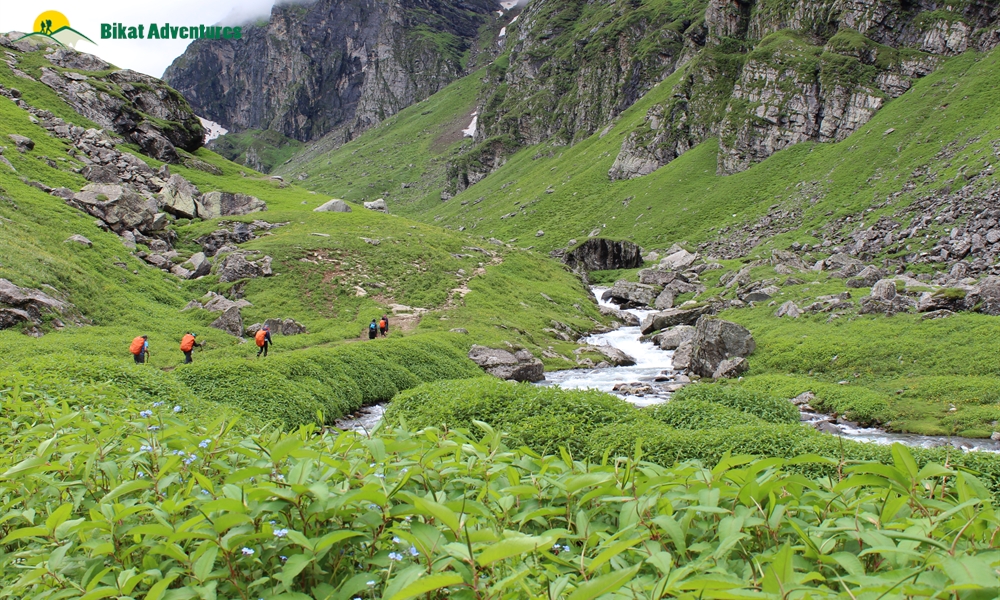 Since we don’t have an over-arching body to enforce regulations in the industry, there is no single answer to this question. Instead, a quick Google search pops up a miscellany of results on how one can hike sustainably.

These articles are mostly written keeping in mind a single trekker or a group of two to three trekkers. Some of these articles lose their relevance when they are applied to mass trekking - where numerous trekking organisations lead multiple batches into a trail each season.

In the current climate, we need more discussions on how a trekking organisation can conduct treks sustainably.

So, in this article, we have decided to do just that; put together a check list that a trekker can look for in a trekking organisation when gauging how environmentally sustainable it is.

While Bikat Adventures does adhere to most of the principles listed below, there are one or two pointers that are still in the works. We are yet to implement them and hope to do so in the coming years. The goal, of course, is not to be perfect, but to be better each day. 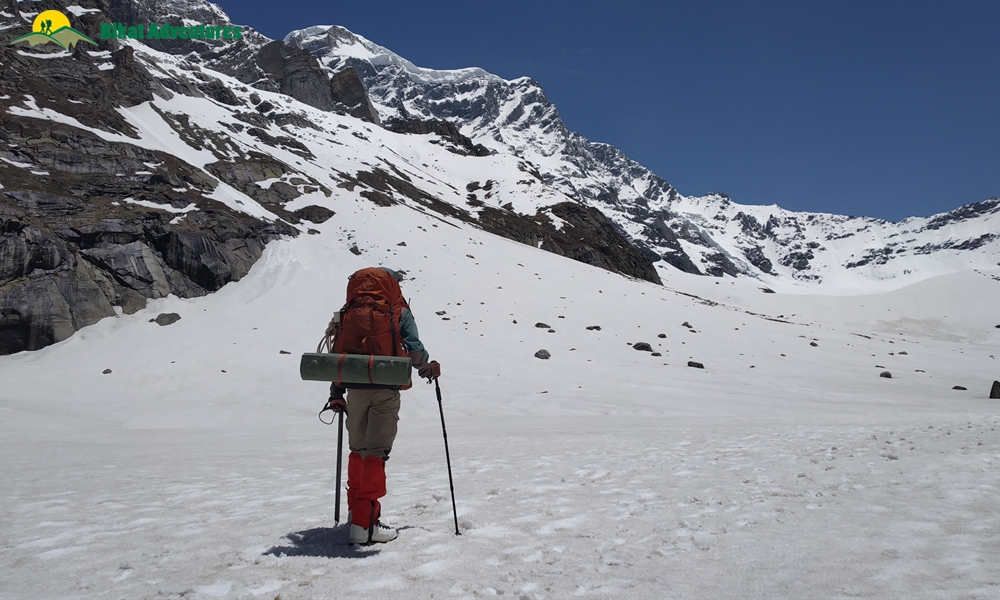 So, how do you find out if a trekking organisation is ecologically sensitive?

One of the easiest ways to gauge if a trekking organisation is environmentally friendly is by observing how they conduct a trek real time.

The first and most obvious cue is to check if your Trek Operator follows the Leave No Trace Principles. These are a set of seven core principles that have one common goal: to leave the trails as you found them with minimal impact of your footfall.

As a start, you can begin by observing the trails as you trek.

Does your group have a tendency to litter while trekking?

What is done with chocolate wrappers, packed lunches, tissue papers along the way?

Are they disposed while trekking or are they carried to the campsite where there are designated bins for the same?

Were the tents pitched on durable surfaces keeping the meadows and geography in mind?

Is the vegetation in the area intact after packing up?

Is there any waste left behind (bio-degradable and non-biodegradable)?

Remember, the aim is to leave campsites as they are. This means we should not be adding anything to the campsite, and that includes bio-degradable waste.

For example, leaving behind a fruit seed that is not native to the mountains might look harmless on the surface but it could affect the nature of vegetation, ecological balance and constitution of wildlife in the region. 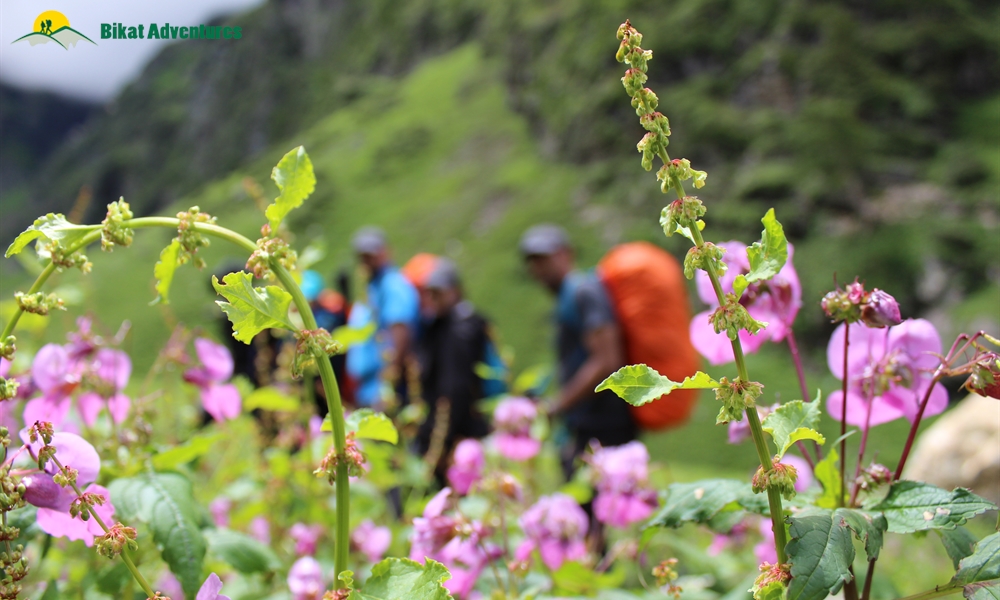 Note: Going by this argument, toilet pits at campsites (even when they are dug away from water sources) are ecologically harmful, especially on over-crowded Himalayan trails.  We will be discussing more about this later on in the article.

Find out what is done with the waste collected at each campsite. This may require you to do a little bit of digging.

Ideally, the waste should be carried from one campsite to the next and disposed after reaching the base village or civilization. Sometimes, Operators bury this waste at the campsites to avoid carrying extra load on the trek.

Next, look at the model of Camping a Trekking Organisation follows. There are broadly two types: rolling camps and fixed camps.

A rolling camp is a model where you carry your tent from campsite to campsite. You dismantle your tents and pack them up before leaving the campsite. This model is in line with the Leave No Trace Principles we talked about above; you basically leave the campsite as you found it.

Fixed Camping, as the name implies, is when you fix tents at each campsite for the entire trekking season. This has become a common practice since the advent of mass trekking in the Himalayas.

In this style of camping, trekkers check into their tents at a campsite and then check out the next morning to proceed to the next campsite. A fixed camping model saves the additional time, energy and cost that goes into pitching tents, removing them and carrying them (along with food ration + resources) from one camp to the next.

This practice is not only lazy but also goes against the spirit of trekking and is harmful to the environment.

Read: Fixed Camps? That’s not the way to roll

In the Himalayas, you will often come across fixed camps set up by trekking organisations on popular trails like the Hampta Pass, Har Ki Dun, Rupin Pass and Bhrigu Lake. Fixed camps were largely set up on Roopkund as well before the trek was banned entirely.

All these treks, if you notice, are predominantly meadow treks.

What this means is that once a tent is set up, the meadows/vegetation under the tent get no breathing space or access to sunlight for a good portion of the year.

We will leave it to you to piece the rest of the picture/devastation that follows when fixed camping is practiced on such trails. 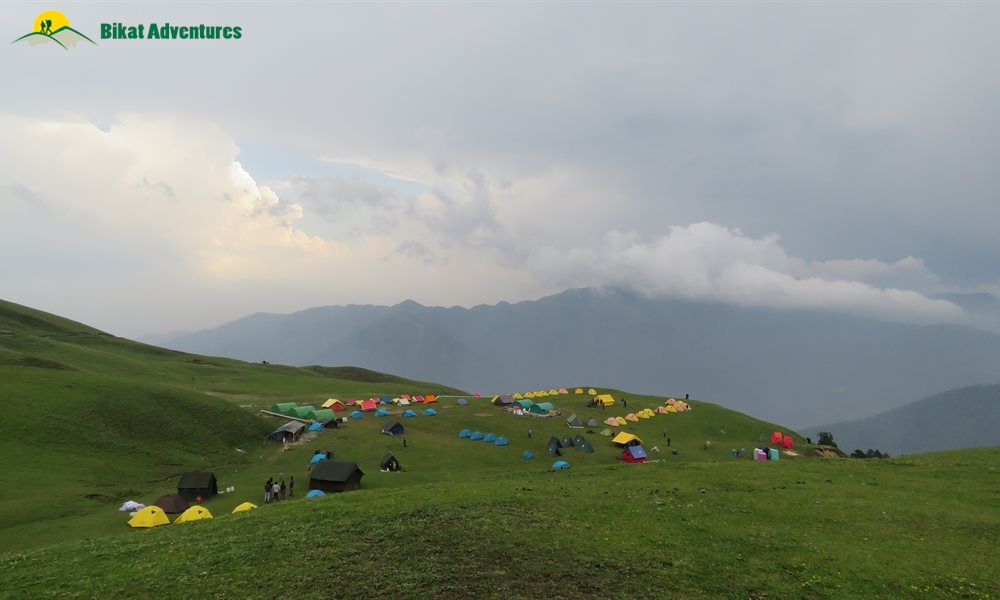 Group Sizes, Number of Batches and Number of Trails Operated

Since there is no Regulatory Agency to oversee trekking in India, there is no cap on the size of the groups and number of batches that can head into a trail in a particular season.

This is one of the main reasons why some of the trails are more crowded than the rest. There is no mechanism to limit or branch the crowd into different trails.

While the optimum size for a group/batch is subjective, we urge you to be mindful of the number of trekkers a trekking agency takes into a trail during a particular season.

Ensure that there is a cap imposed on not just the number of trekkers in a group but also on the number of batches that are taken into a trail in a particular season.

While looking at the group and batch sizes, also pay close attention to the number of trails that are open for booking/operated in a particular month by a trekking operator.

This is another harmful practice that has been mushrooming alongside fixed camping in the trekking industry.

When you restrict the number of trails operated in a month, it means you get to focus more of your business/customers onto fewer trails. Subsequently, the cost of the resources needed to carry out the treks goes down and your profits shoot up.

This model of business is one of the main root causes for over-crowding of select trails in the Himalayas. If we want to preserve the ecological integrity of the Himalayas and save more treks from getting banned in the future, the need of the hour is to branch out trekkers and limit the number of batches that head into a trail in a particular season.

One option to achieve this is by introducing Dynamic Pricing on Trek Bookings.

Read: Over-Crowded Himalayan Trek- Some Insights from Past Data

Next, look for eco-friendly initiatives started by trekking organisations outside of the trekking activities they hold: like collecting litter from the trails, setting up education and health campaigns in remote mountain villages etc.

These are commendable practices and worth investing your time and resources in. However, do keep in mind that such social initiatives bring about additional good only when the rest of the trekking principles discussed above are practiced.

In its absence, the good being done on one end is offset by the damage being created on the trails.

And finally, there is the Issue with Toilet Pits. We deliberately reserved this topic for the end because it requires a separate article in itself.

Long before the advent of mass trekking, cat holes were the norm. You dig a hole about 6 to 8 inches deep and cover/disguise it after using so that animals don’t dig it up afterwards. This is a sustainable option in remote areas that receive minimal footfall.

With the advent of mass trekking, one common toilet pit (deeper and larger than catholes) for a group became an acceptable option since cat holes are infeasible in regions that receive heavier footfall. For example, on trails like Kedarkantha or Brahmatal, the entire campsite would be covered in catholes if this were to be practiced. 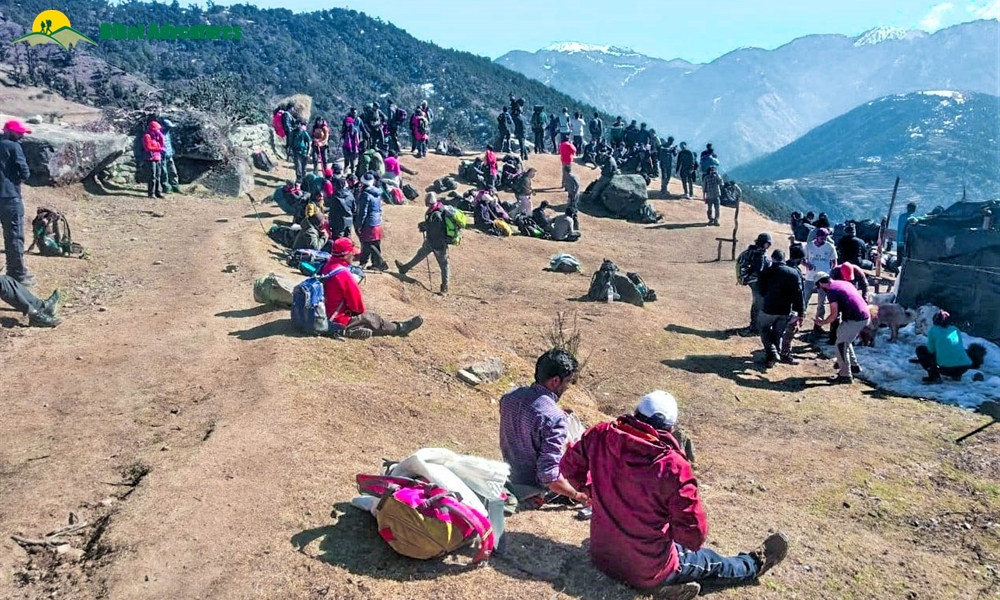 Brahmatal during Christmas in 2019

And finally on the other end of the spectrum, we now have Operators who have begun digging one common, gigantic, toilet pit for an entire season. This means the waste generated by batches of trekkers (read hundreds of trekkers) for an entire season is collected in one pit which is then covered/disguised with soil at the end of the trekking season.

One method might seem less harmful than the other but they are all damaging to the health of the Himalayan ecosystem at the end of the day. The root cause, of course, lies in over-crowding and incompetent waste management.

So, how do we manage poop on treks, especially on Himalayan trails that receive heavy footfall? What is a sustainable option moving forward?

We will be continuing this discussion in another article next week.