In our endeavor to explore new trails for you and uncovering hidden gems scattered all over the Himalayas, we got an opportunity to set out for Manali and check out an enthralling high altitude pass - Kalihani Pass. The trek has a 8-days long, moderate-level itinerary that will definitely leave you spell-bound. Frankly speaking, solely harping on about its immense beauty will only amount to a modest introduction to its many wonders! Read on to find out seven highlights that makes this hidden gem a unique experience. 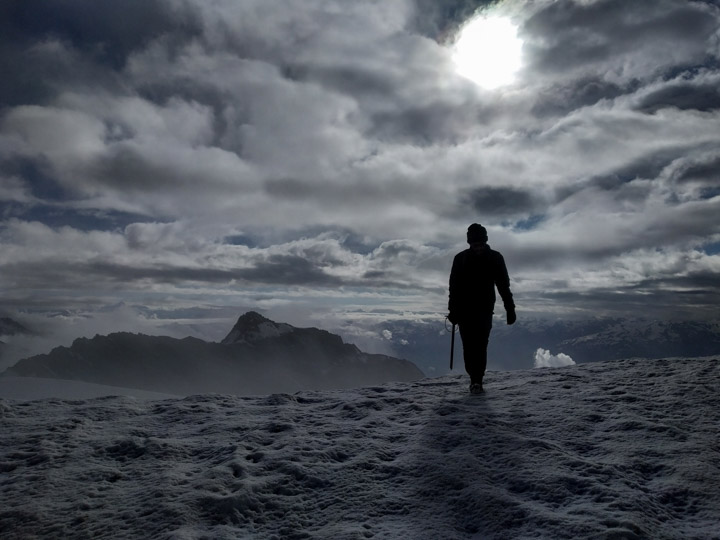 The flora on the trail creates stunning landscaped vistas that don’t appear to be the work of arbitrary nature at play - rather it seems to be an intricate placement of things arranged deliberately so, in an attempt to maximize the aesthetic appeal of the trek.

In the beginning, the vegetation is so thick that you will find yourself brushing past dense bushes, giving you a solid feeling that you’re trekking through a raw form of wilderness. Soon enough, you’ll be wading through vast expanses of meadows, impressive grasslands with every slope bestowing a different set of flowers, mingling an ever-changing spectrum of colours to an otherwise constant shade of green.As you move on towards the base camp, the abundantly varied flowers on the ridge eliminate whatever short gaps were endured earlier between two sightings of different flowers, allowing you to make your own bouquet (avoid plucking though!) without moving more than 5 metres.

There was enough evidence urging us to make a serious case for this trek to be a better alternative to Valley of Flowers. The assortment of flowers visible to us included – Marsh Marigold, Primula, Anemone, Gearanium, Phlomis, Common Yarrow, Cinqefoils et cetera. 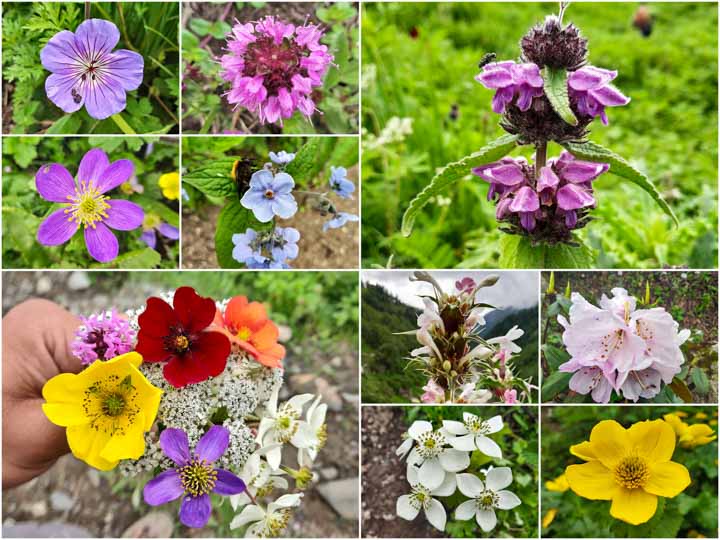 2. Gateway To A Mysterious Remote Village

The trek takes us from Sangchar (near Manali) to Kalihani Pass before we return back to Manali, only constituting to one-third of a challenging and historically famous trail – The Bara Bangal Trek. Nestled amidst a valley where Ravi river originates, surrounded by high ranging mountains and sealed by two high altitude passes on either side, lies the hidden village of Bara Bangal. We are talking about an inhabitation so remote, that just mules are used to bring in the rations required for the sustenance of its 750 inhabitants. Life here feels like from a bygone era, a single government-installed satellite phone being the sole mode of communication available with the rest of the world.

Numerous theories, all intriguing in their own right, exist about the people hailing from this region – the valley being a part of a kingdom once ruled by Rajputs, with Bir as its capital. Since the region was an important trade route, some also believe that a fraction of Alexander The Great’s army decided to settle here and that’s the reason why the locals from this region have distinctive facial features. Now, the village has become an important centre for Gaddi Shephards as it connects Kangra Valley (via Thamsar Pass 4550M) to Kullu Valley (via Kalihani Pass 4800M). 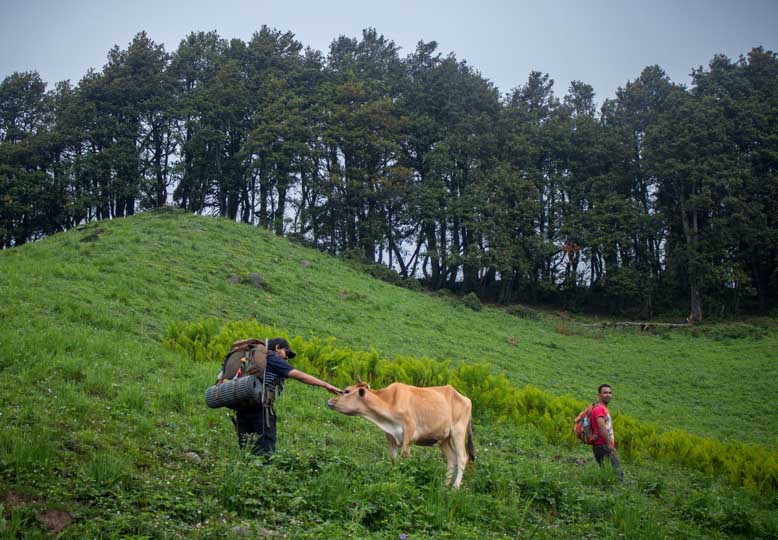 Alright, that’s a bit of a hyperbole, but not to a great extent. During the exploration trek, we could count on one hand the number of human beings we encountered on the entire trail, all shephards and zero trekkers! As per the locals, only a few trekkers can be expected, basically limited to the month of September, as they attempt to cross the physically taxing Bara Bangal Trek off their bucket list. Regardless of when you go for this trek, chances are you’ll find yourself to be the only ones there and that’s the surest way of connecting with nature – no point running away from your urban life to ultimately finding yourself at congested camping grounds. Moreover, as Kalihani Pass gains momentum, it may help provide the much-needed respite for other popular treks near Manali that have become increasingly crowded. 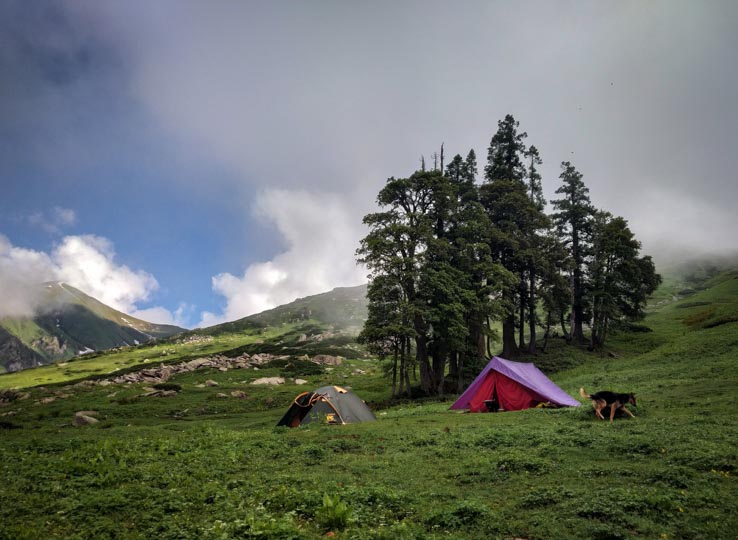 Now, how many times have you been promised splendid meadow views? And how many times has it happened that lush green mountainscapes, a beautiful sight from afar, have turned into not-so-impressive grassy patches full of dung as you got closer? Believe me, it’s not such a rare occurrence at the campsites of highly popular treks. In juxtaposition, the Kalihani Pass trek has one jaw-dropping meadow after another, stunningly beautiful from a distance and equally wondrous as you get closer. Not only are the upper slopes loaded with blossoming flowers, the lower meadows, once you’re close enough, makes one feel that they’re meandering through a well-maintained garden. It may sound too good to be true, indeed our campsite at Riyali Thatch convinced us as if we’re camping right in the middle of Munnar’s tea-estates! 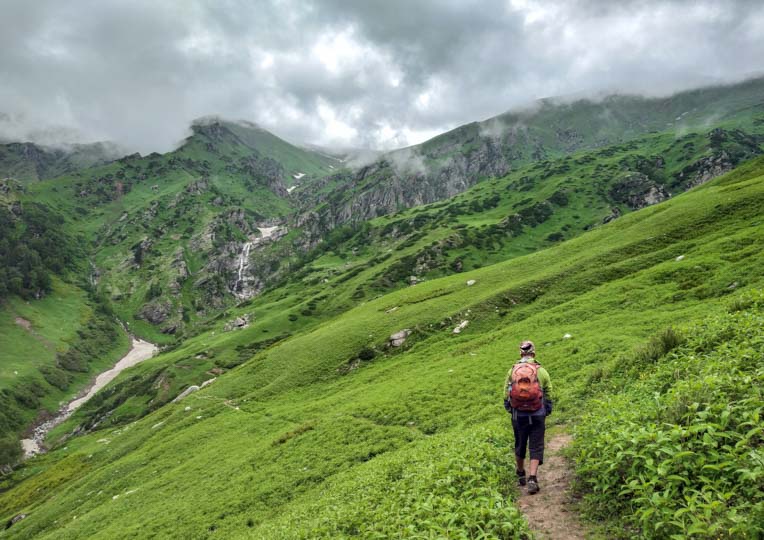 Accompanying you, through large sections of the trek, will be the mesmerizing views of the Pir Panjal range. Standing atop the Kalihani Pass, one gets marvellous views of the Dhauladhar range as well. However, it’s the Indrasan and Deo Tibba Peak that fetch you the top return for your buck. During the summit attempt, as the dark of the night fades away welcoming a new dawn, the first rays of the morning sun illuminate the towering peaks, bringing the entire valley to life. It is an absolute sight to behold, energizing you to be able to climb higher and higher! 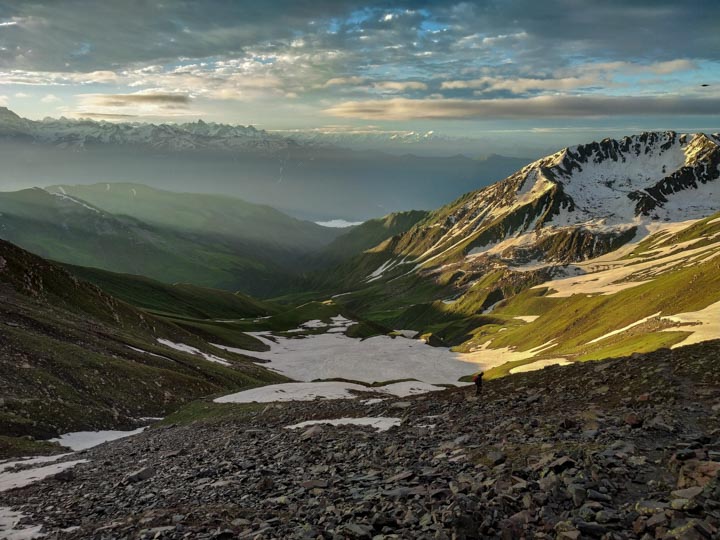 When it comes to soaking in some additional mountain beauty, it’s acceptable to be a little bit greedy. And to satiate that endless desire, we are fortunate enough to have two bonus features on this trail. On one hand, we have the option of adding Khanpari Tibba, an easily scalable peak (4025m) to the excursion. Summiting any peak is undoubtedly a feather in your cap, and on top of that, it is undeniably the best spot to enjoy the views of the Beas River Valley. On the other hand, our trek makes us visit a small tarn named Rani Sui Lake(3990m). The magnificently pristine lake is surrounded by meadows and provides 360 degrees panoramic views of the Pir Panjal and Dhauladhar ranges. This trail is full of wonders, isn’t it? 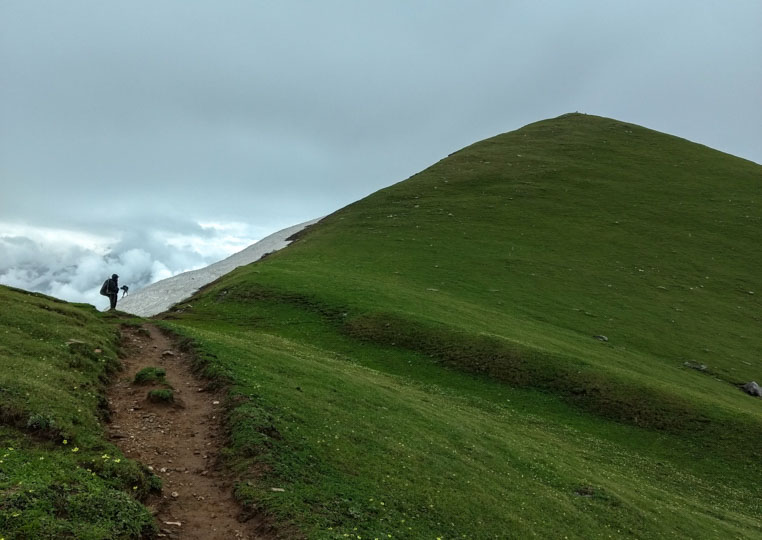 Well, the endgame of the entire excursion has to be worth the effort, wouldn’t you agree? Assuredly, this trek checks all the tick boxes! After a gradual ascent as we start from the base camp, the climb becomes too steep too soon and doesn’t concede all the way to the pass. A quick ascent of 800m in just a few hours is mostly the reason why this trek isn’t considered easy. Moreover, negotiating endless scree and risky moraines requires the climber to have solid trekking know-how. 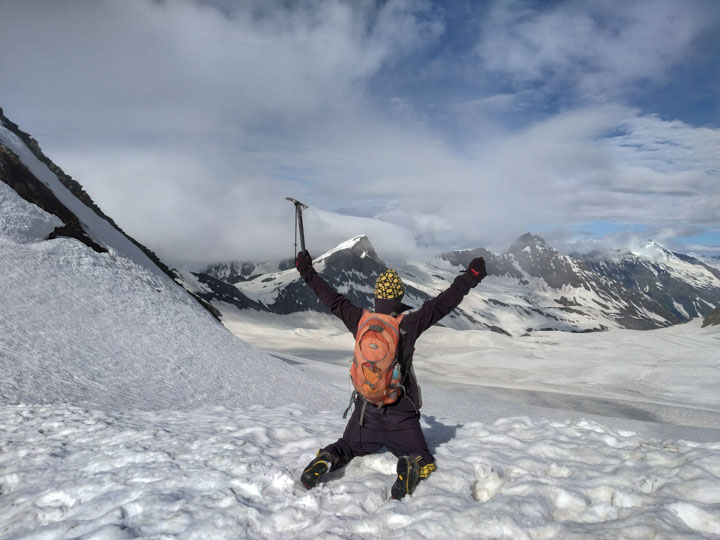 Let us know in the comments sections below if you’ve been impacted enough to venture to this hidden gem and add Kalihani Pass to your trekking resume. In the end, the boundless thrill the path entails, along with the feeling of accomplishment one achieves once they make it to the pass is what makes the entire trek an absolute must for our trekking community! 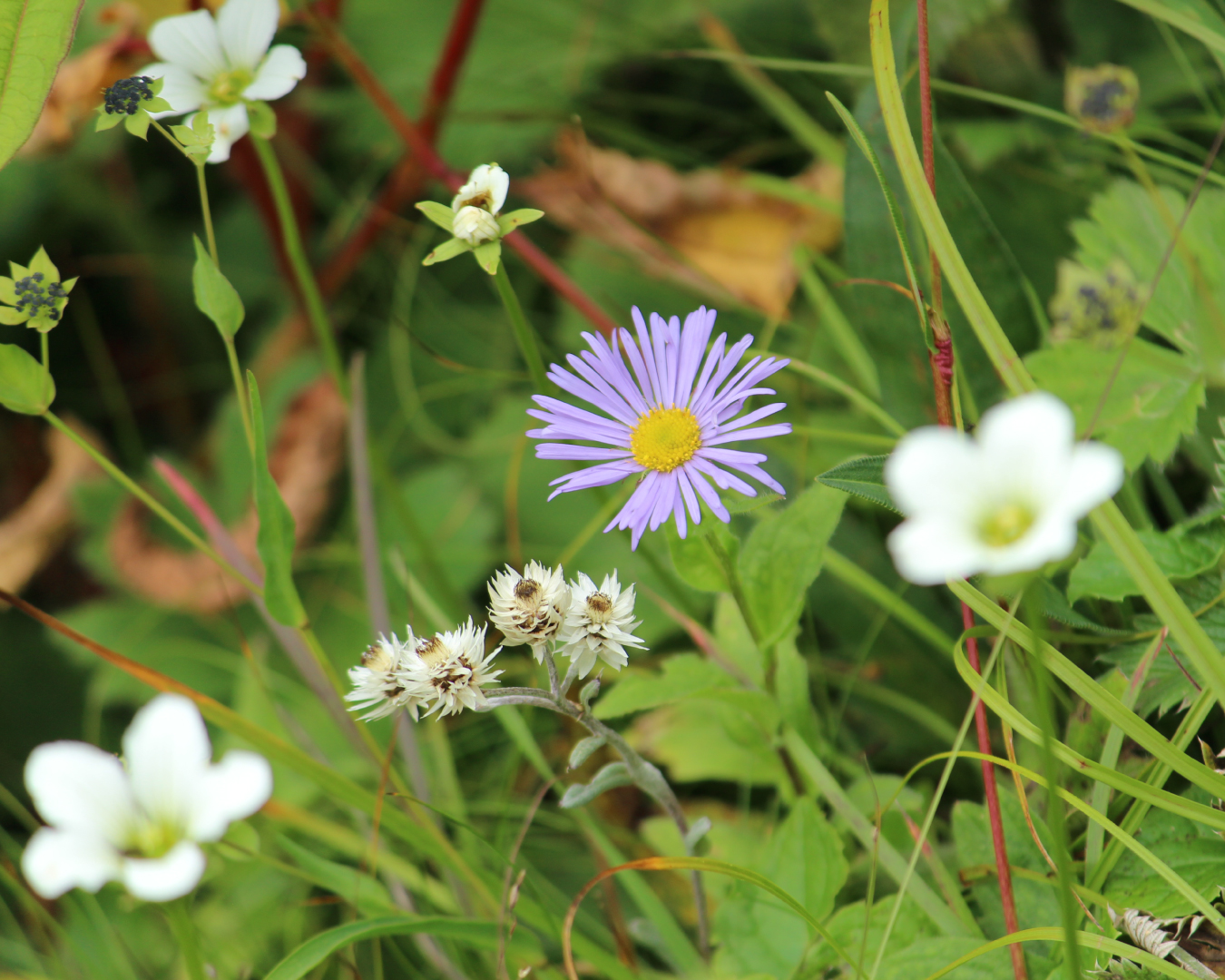 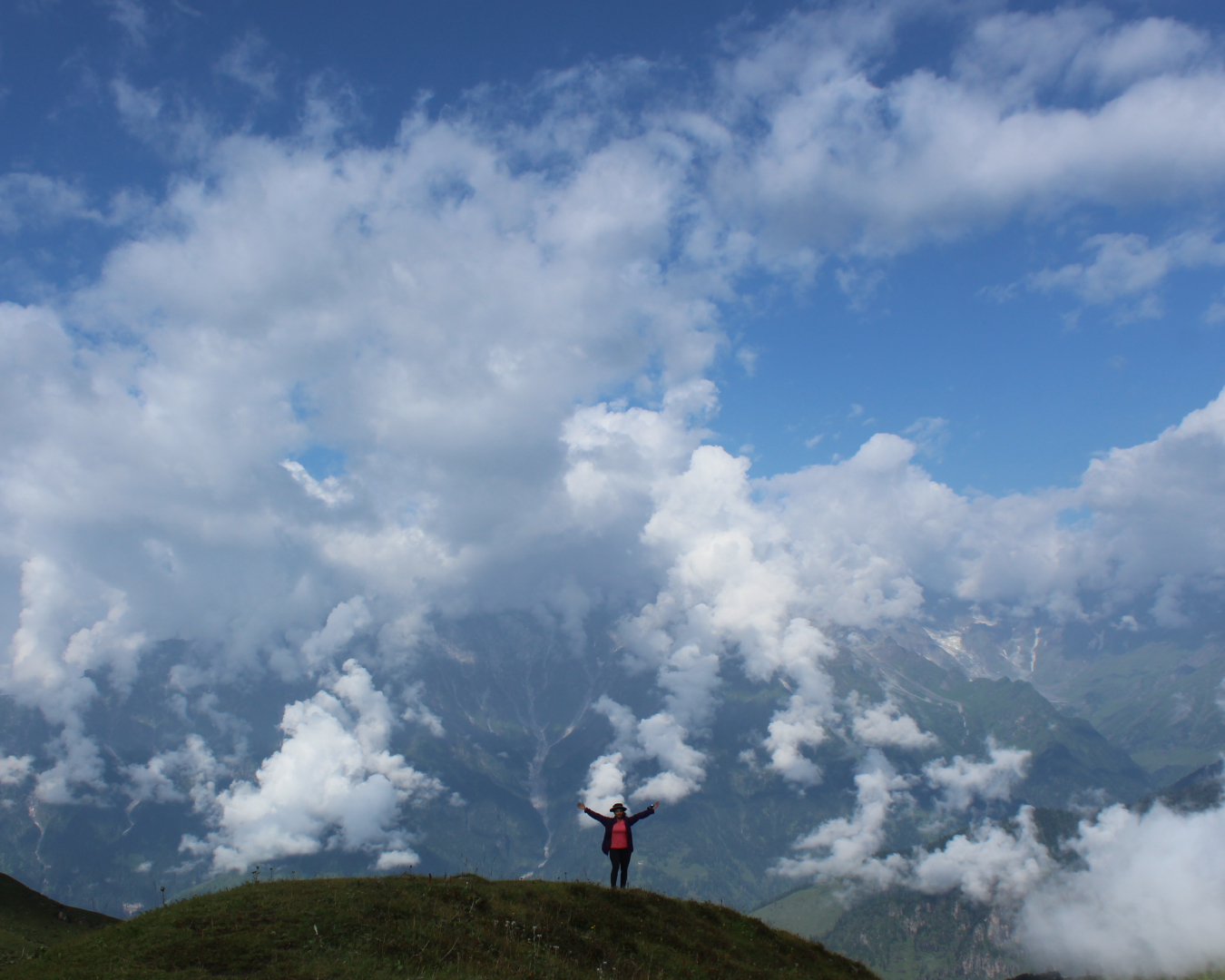 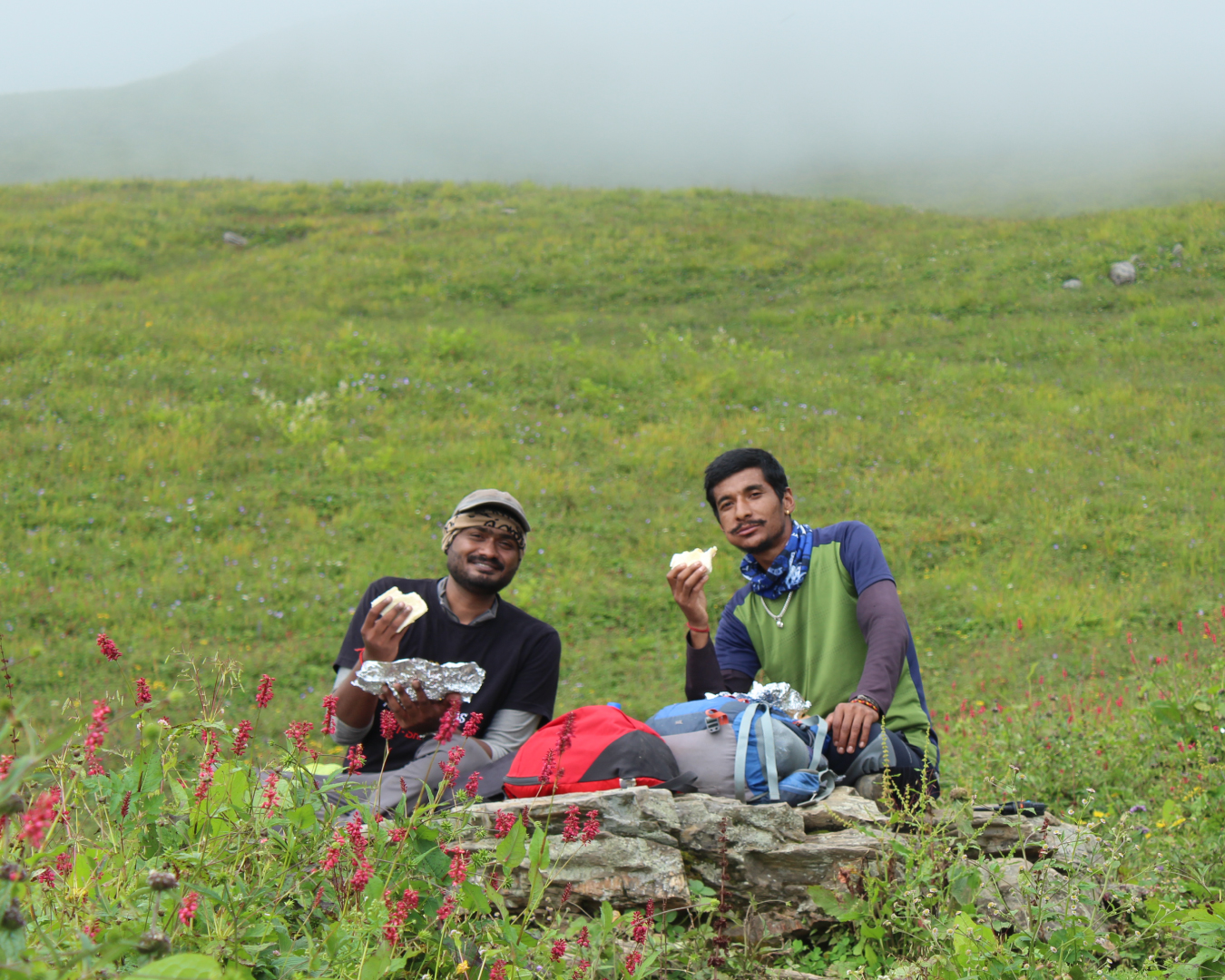 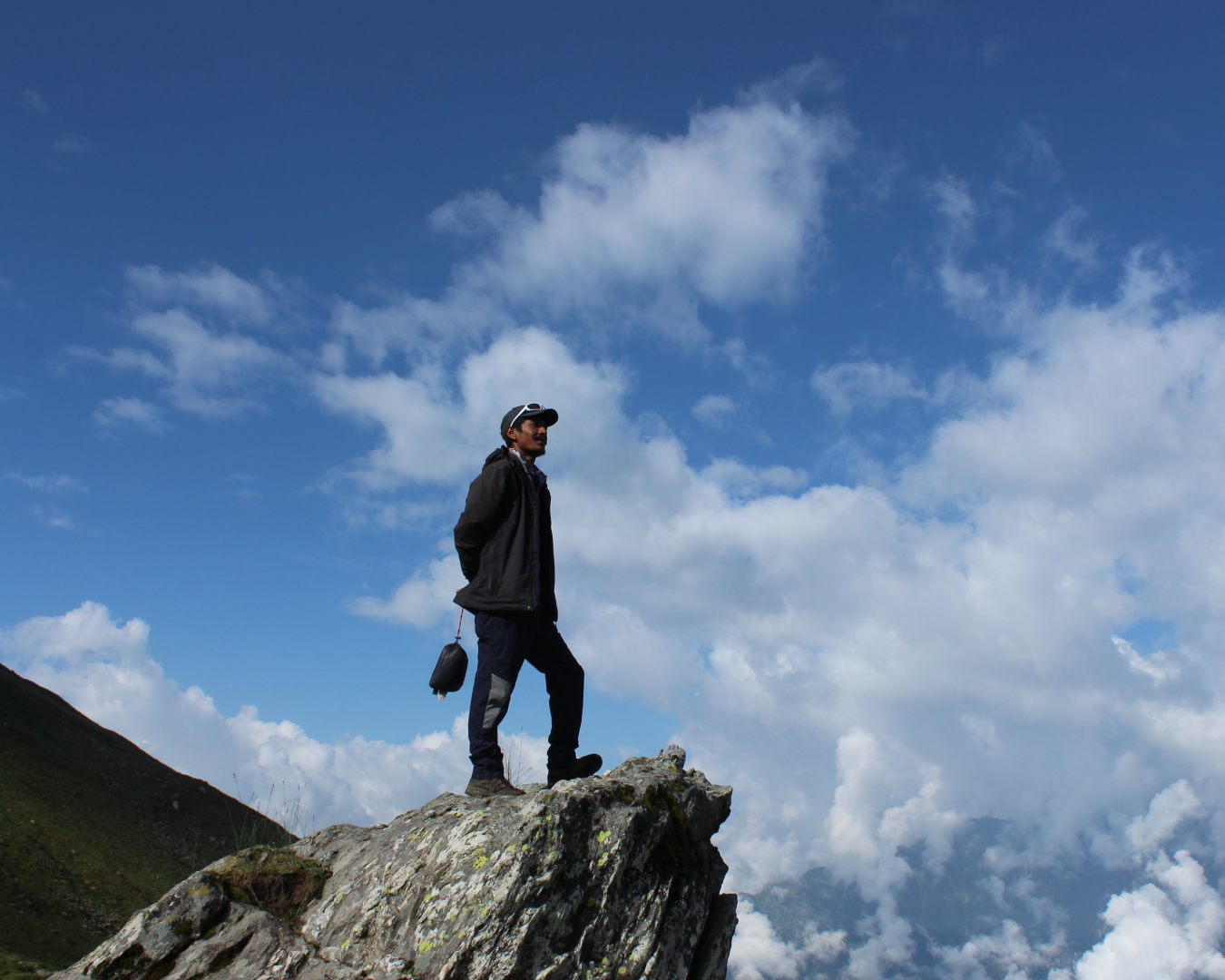