Best Time To Do The Everest Base Camp (EBC) Trek

If there is one thing we all agree upon as trekkers, it is that trekking in the Himalayas is more of an experience than a journey. From the day we start the trek until the last day of it, each and every moment is special and adds up to the overall experience of the arduous and dangerous yet beautiful journey we undertake far away from our loved ones amidst the remote lands where the sky above our head and the grass below our feet is the only shelter and where our very smart smartphones also render useless without any network. 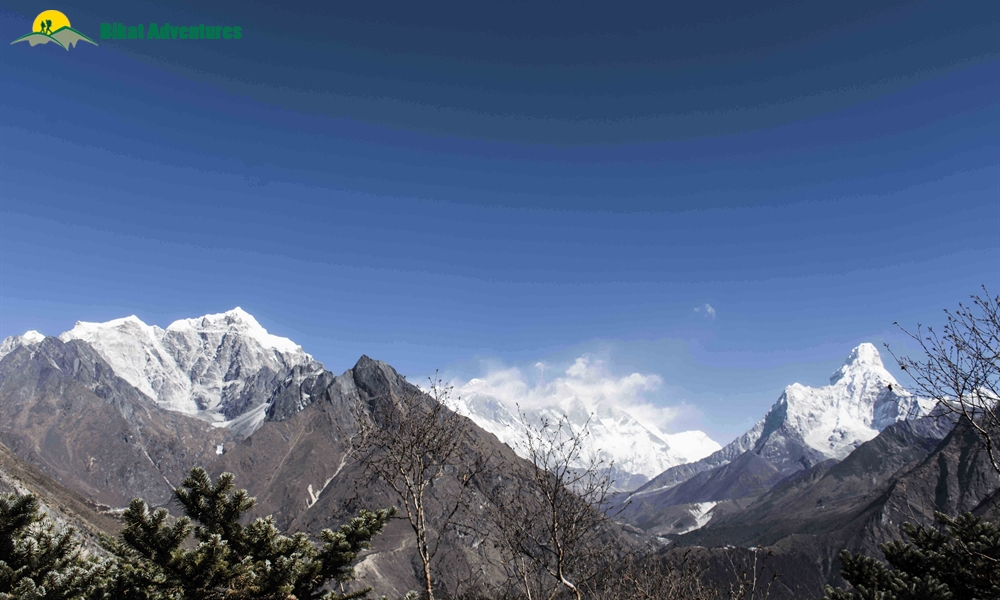 Talking about trekking, Nepal is one country with some of the most famous treks in the world. Being the land where the tallest mountain in the world Mt.Everest stands is not a small deal after all, is it?

Out of the many treks in its bounty, one of the most famous treks of the country is the Everest Base Camp Trek. An international celebrity, this trek finds a place in the bucket list of many trekkers from all around the globe.

The Everest Base Camp Trek aka EBC trek is the south base of the Everest. The trail of this trek offers breathtaking views of the Lhotse, Makalu, Nuptse, Pumori and Ama Dablam mountains. You trek through a dense forest and get a chance to see many unique Nepali villages and get a glimpse of their culture. 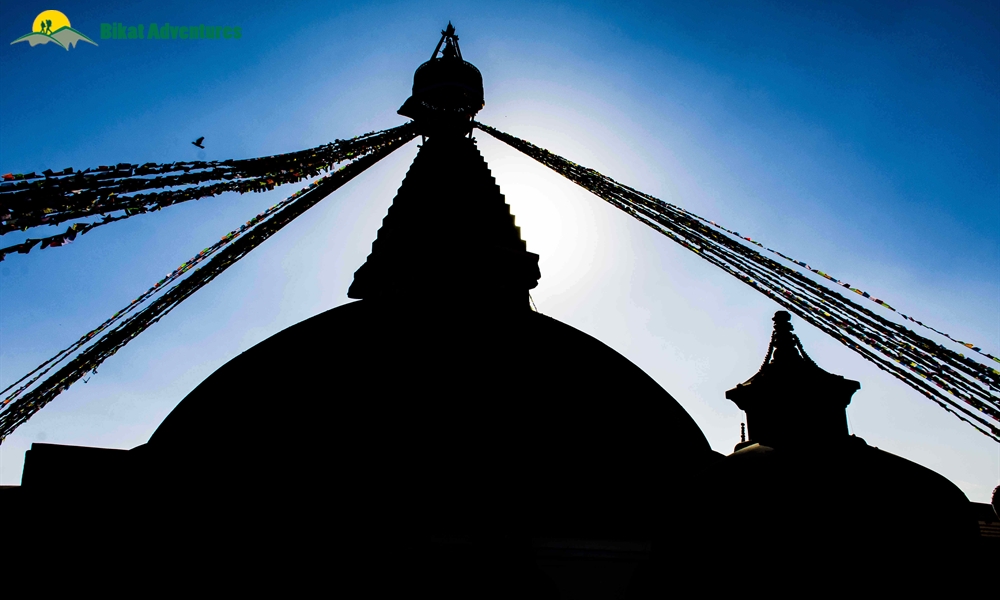 Like any other famous thing in the world, this trek attracts a lot of conflict and confusion along with its name. One of the most debated topics has always been the ‘best time to do EBC’ or ‘When to do Everest base camp trek’. There have always been constant questions about it and here is the answer. It’s a long answer, and here it goes.

Let me state the question once again to you.

What is the best time of the year to trek Everest Base camp?

And the answer is NONE. Don’t worry, you read it right. I heard the same answer when I asked this question and was as shocked as you are after reading this. But trust me, it is the answer and there is a lot of explanation that goes behind this four lettered weird answer that you just read.

The point I am trying to make here is that the best time or the season to do the trek really depends upon the kind of experience you are looking to have. Therefore, the answer.

The trek is done by different kinds of trekkers all around the year. Broadly speaking, there are two seasons in which we can classify the trekking months i.e. pre-monsoon season and post-monsoon season. 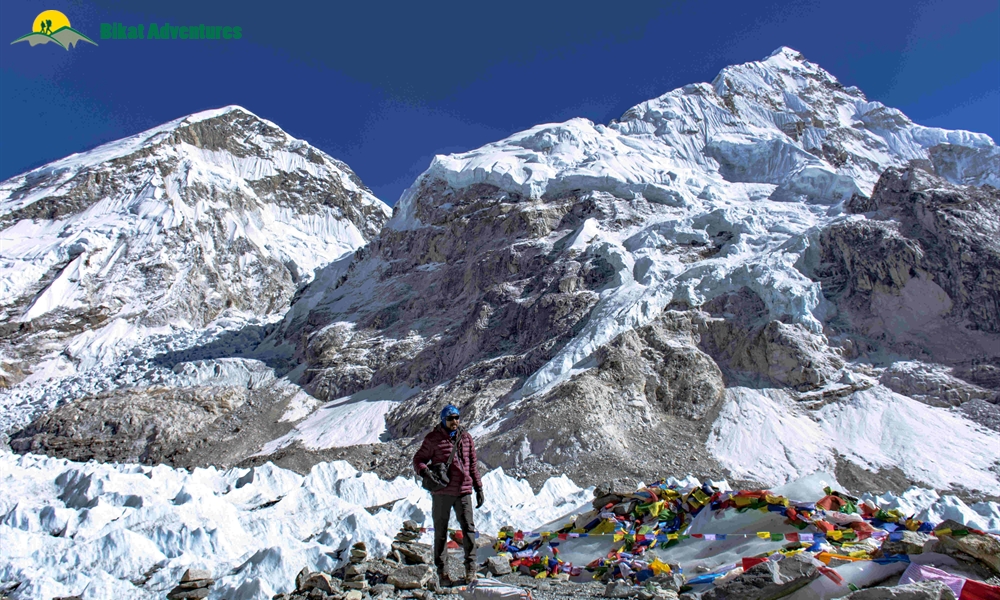 The next question that must be lingering in your mind by now must be about the difference between the trekking experience in these two seasons.  So let’s shine some light this too.

Before the Pre-monsoon season begins, in the month of January the trek to the Everest Base Camp is not possible. In February, doing the trek is not recommended but it is possible to do it. There will be a fair share of difficulties while attempting the trek though.

This season is the time of the year when the EBC trail is bustling with climbers and trekkers from every nook and cranny of the world. It can rightly be called the EBC Trekking Season. 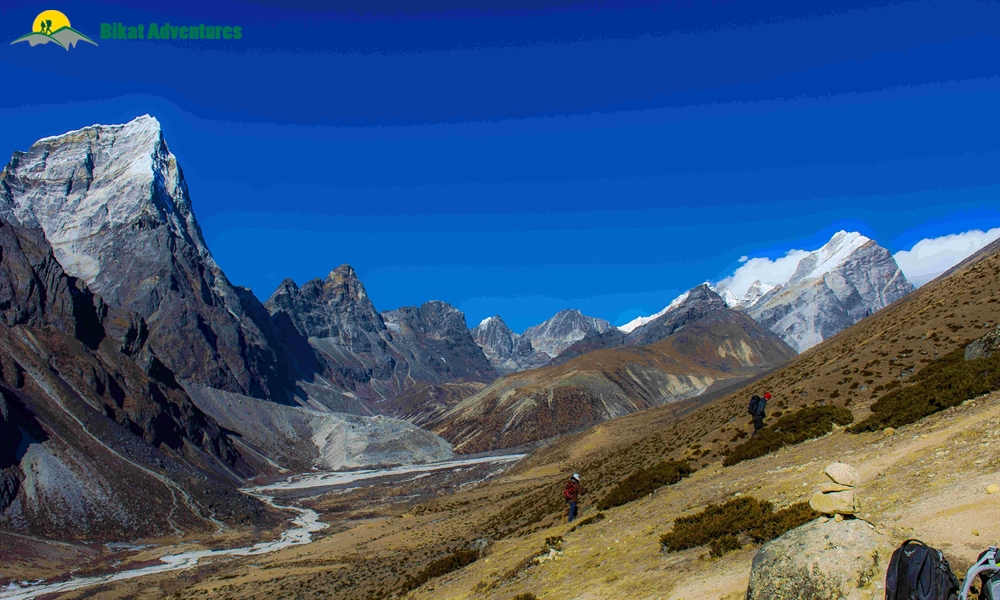 March marks the beginning of the spring season. Nature awakes after long hibernation and blooms. The trail gets surrounded by varied flora leading to the mighty Everest surrounded by many sibling peaks which are clearly not as tall as it is. The peaks are covered in snow and trekkers get a spectacular view throughout the trail. The occasional snowfall and the blossoming Rhododendron trees add to the beauty of the trail.

The month of April follows and many trekking elites call it the perfect time to do the Everest Base Camp Trek. By the time of April, the scenic beauty of the trail increases manifold as the spring season kicks in at full swing. The rare flora and fauna found in the Himalayan can be seen at this time. Trekkers come across many unique Himalayan flowers and birds and animals. The classic Rhododendron flowers act like the perfect ornaments and multiply the beauty of the Himalayas, almost making it look festive. Khumbu Glacier(world’s highest glacier) is also visible from the trail during the month of April.

The summer month of May is the best time to ascend the Everest and you can find many trekkers making their way back to Namche Bazaar which is a primary acclimatization stop for all trekkers trying to scale the Mt. Everest. Most of the Sherpas in this business are from this small town.

As the summer season begins the skies get clearer and the weather gets warmer. A pleasant experience lies ahead for those trekking to the Everest Base Camp in this month. The second half of the month of May is not as pleasant as the first one. The pre-monsoon showers begin. It drizzles and rains occasionally and the clouds start to move in and the visibility becomes comparatively low.

In the monsoon months of June, July, August and early September the trek is not possible due to the heavy risk of rainfall, snowfall, avalanches, and landslides.

During this season the EBC trail is less crowded as the temperatures begin to drop drastically and the trekkers become lesser in number. 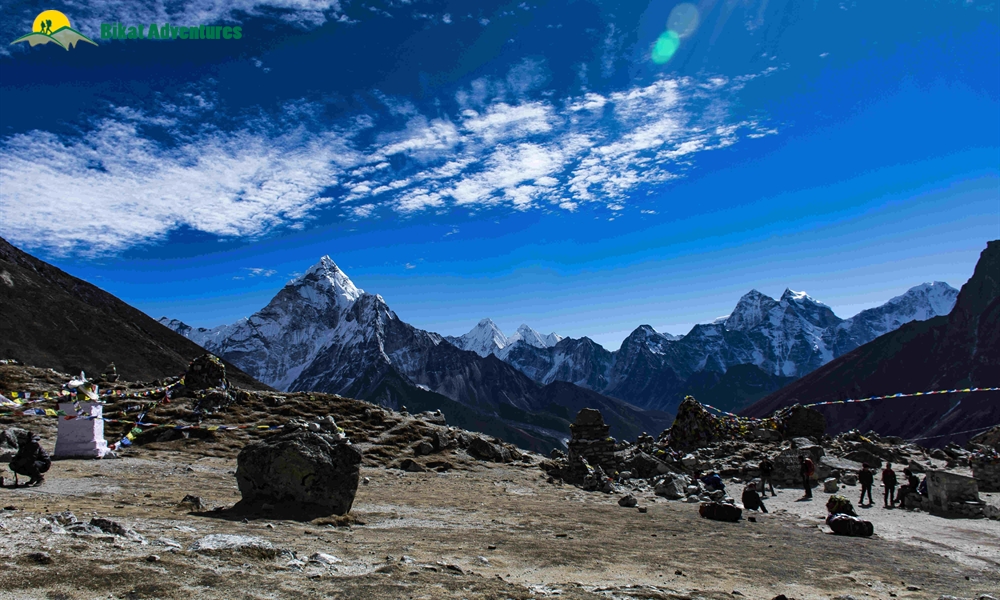 Right after monsoon begins the month of September. This is the month of all major festivals like Dashin and Tahir wherein you can experience the culture and the tradition of Nepal closely. By this time the rains fade away. Trekking to EBC is quite easy in this month as the temperatures are comfortable and the crowd is lesser.

By October it is  Autumn time in Nepal. Nepal being a tourist hotspot attracts a huge number of tourists during this month. It is the best time to visit the Khumbu region. Most of the peaks are trekkable during this month. The route gets busier and the views get better. The mountain ranges almost put on a world class show and the trekkers are the spectators who are left awestruck by the grandeur of the Himalayas.

November is the busiest month for Nepal. Tourists from all over the world flock to see this country’s treasures. The Autumn season ends by November and the temperatures start to drop. The days get colder and so do the nights. Trekking to EBC is still feasible but it gets tougher. The sow covered landscapes offer a splendid view for the trekkers.

The Everest Base Camp Trek is Hall of Famer in the world of trekking and many trekkers dream of traversing the trail. The trek is a gateway to the culture, tradition and the lifestyle of the generous nation which has always been able to stay strong in the face of disasters.

In the month of December, the winter starts to show its effects. The temperatures drop below zero and there is heavy snowfall. Traversing the trail becomes tougher and most trekkers do not recommend this month to try the EBC trek. 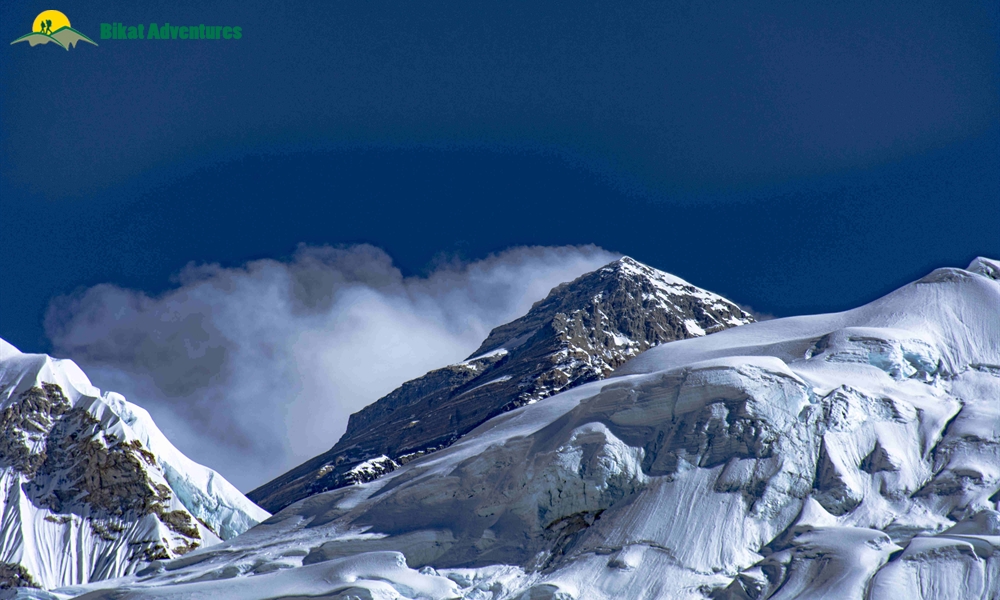 Being a renowned trek all over the world this trek is highly recommended and given its feasibility during most the year makes it top the list of ‘dream treks’ of many trekkers and trekking enthusiasts. Here are all the tips you need to start your trekking journey in Nepal.

So, what’s the wait for mark the Everest Base Camp trek off your to-do list.

If you need to know what to pack for the Everest Base camp trek, here's a complete list to help you.