Vote For Your Favorite Photo

So, the second version of the Photo contest that we conducted ought to be larger and wider. Accordingly, we made some changes in the rules and invited participants active on all forums (not just insta) to share the images with captivating captions with us. The impact of this change was evident from Day 1. We got more than 210 entries in just 20 days this time (compared to 30 days last time around). Not just the size  but the variety was also greater this time. Images from all across the world were shared, ranging from Iceland to Sikkim to Karnataka to J&K to Kerala…The spread was simply awesome!

We have again had multiple heartbreaks in shortlisting the finalists after such an overwhelming response.

Here are the nominations and remember that you don’t just need to smile over them but also vote for your favourite one :)
Voting option available till 6th May 2330 Hrs. The entry that receives maximum votes would win the Viewer’s Choice Prize.

All winners would be announced on 10th May 2017

To vote scroll down to the bottom of this page!

Trek : A hike to tigers' nest Bhutan
Photo Caption : Tiger's Nest Paro, Bhutan
Description: To reach Tiger's Nest Bhutan, you have to trek for almost around 2 hours from the base of the hill on which it is located.But the whole trek is just awesome and you love every bit of it.The reason why I have chosen this pic as Tiger's Nest is one of the most beautiful structure I have ever seen on a trek. 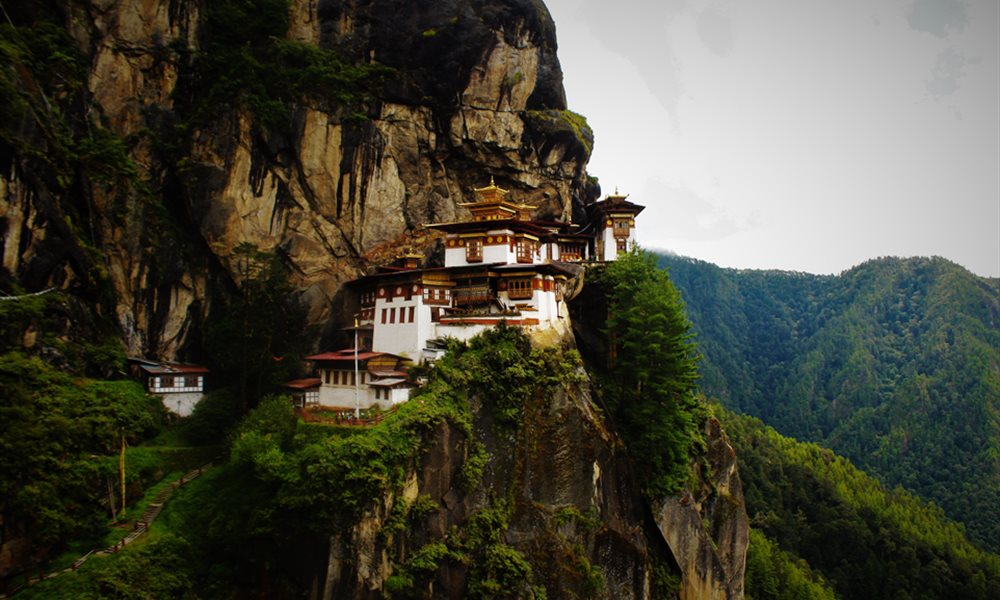 2. Alok Moghe
Trek: Stok Kangri Summit Trek (Base camp)
Caption:  A Starry Night
Description:   We gazed at the Milky Way and once in a while caught some other galaxies as well. Treks like these give me the opportunity to wonder and get into complete awe of the nature around us. I chose this photograph as it might inspire people to develop trekking as a hobby to enjoy breathtaking views like this. 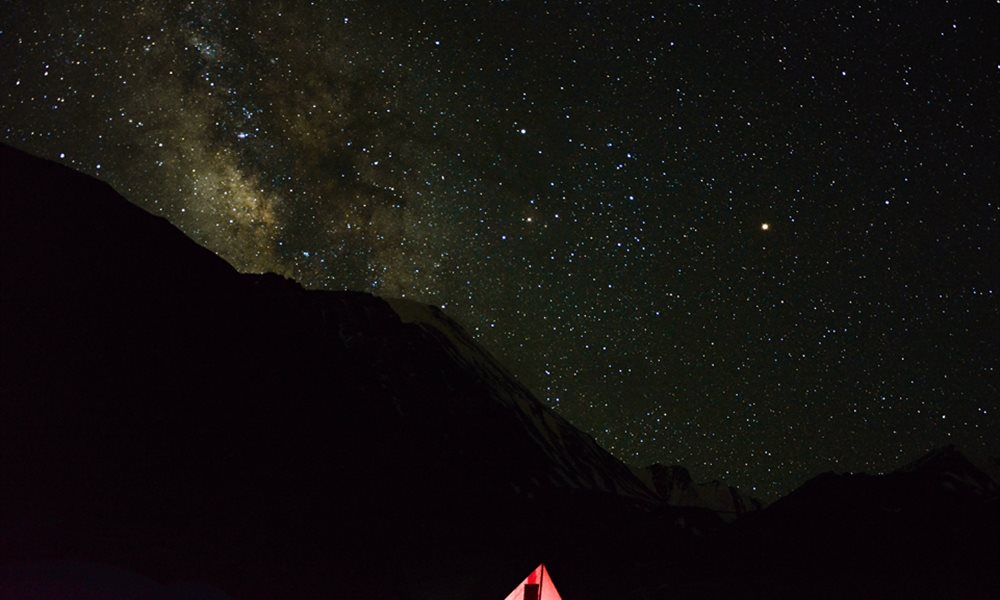 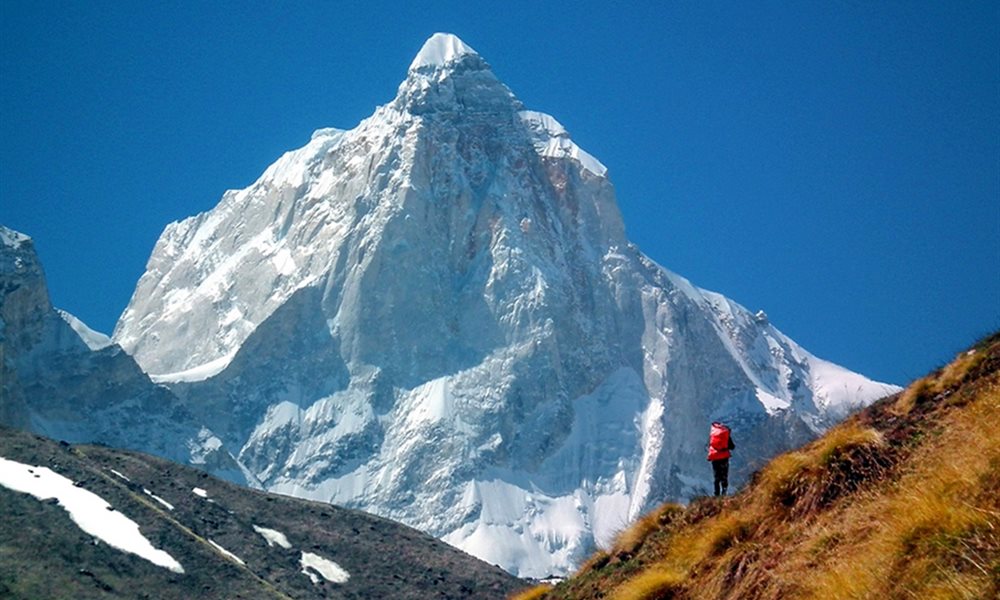 Trek : Harihar Fort
Photo Caption : Deadly Descend
Description: The picture gives the goosebumps which we actually felt while descending almost 60-70 degrees steep stairs of the famous Harihar fort.And the splendid view of the Sahayadri Range of hills were so lovely 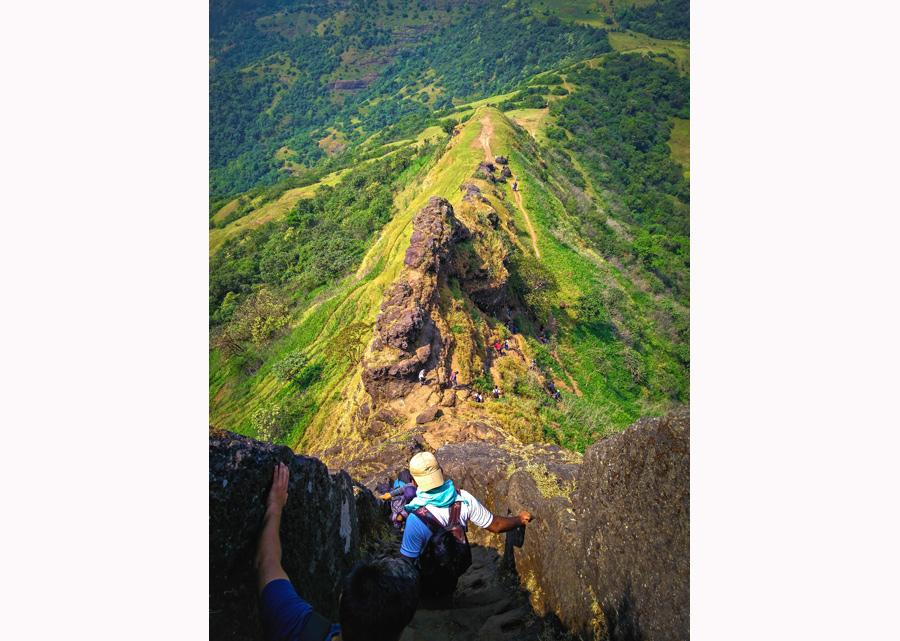 Trek : Pangarchulla Trek
Photo Caption : Tali – A Dreamland
Description: Our first and third day campsite Tali. When we wakeup in the morning we found the campsite was covered by a light blanket of snow. I just came out from the tent & beheld in silence one of the most beautiful morning of my life. 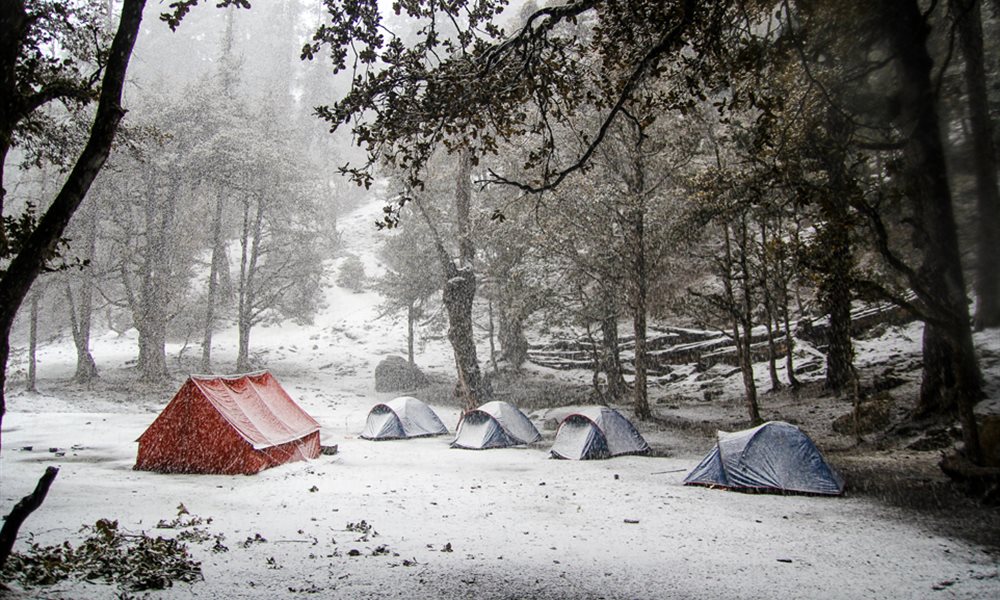 Photo Caption : A Sketch in snow
Description: This pic beautifully captures the Tosh village in January winters. The multi-coloured houses depicts the beauty of Indian tourism, equally comparable with the santorini, Greece. Its like a dream come true, a child's dream sketched into the real world 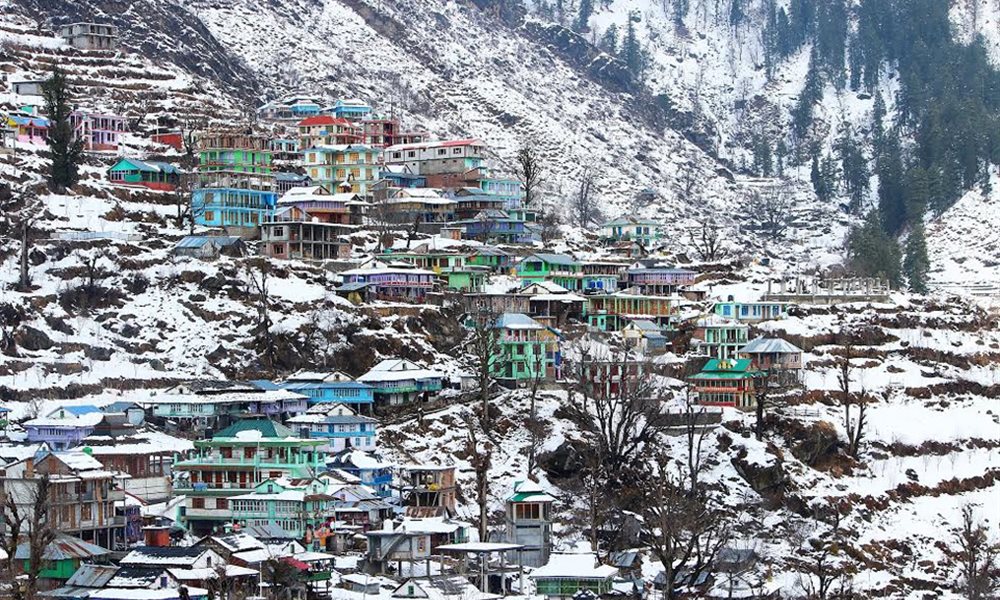 Photo Caption : The captivating innocence
Description: This photo captures two kids near the Manikaran gurudwara near Kasol, which intrigues you more the more you look into those innocent eyes, pure unsullied soul, inquisitively posing for the camera 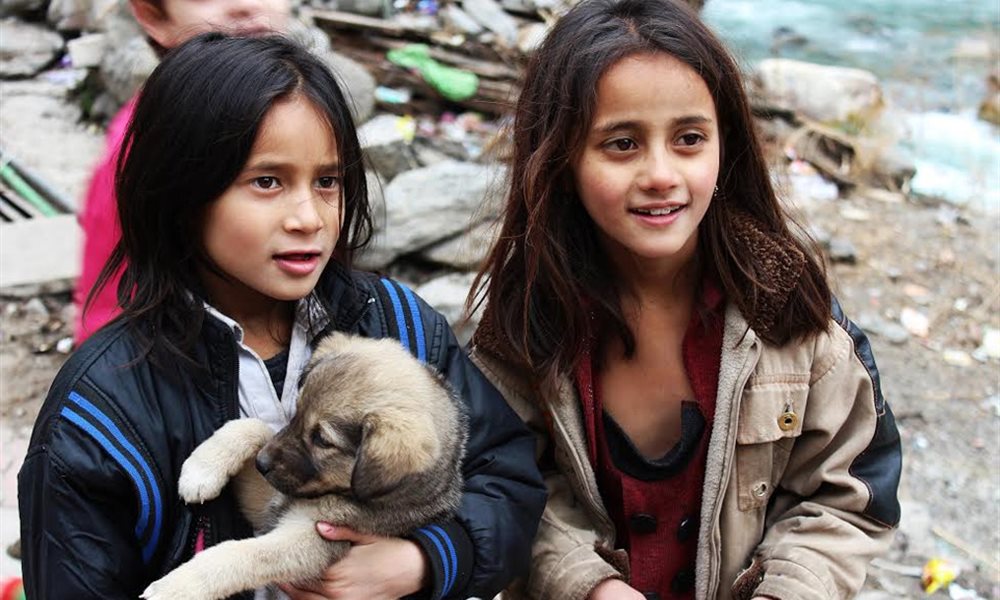 Photo Caption : Almost there!!
Description: This is only a few paces off the summit. This is the time when we realized, yes we can make it there, the joy was immense. 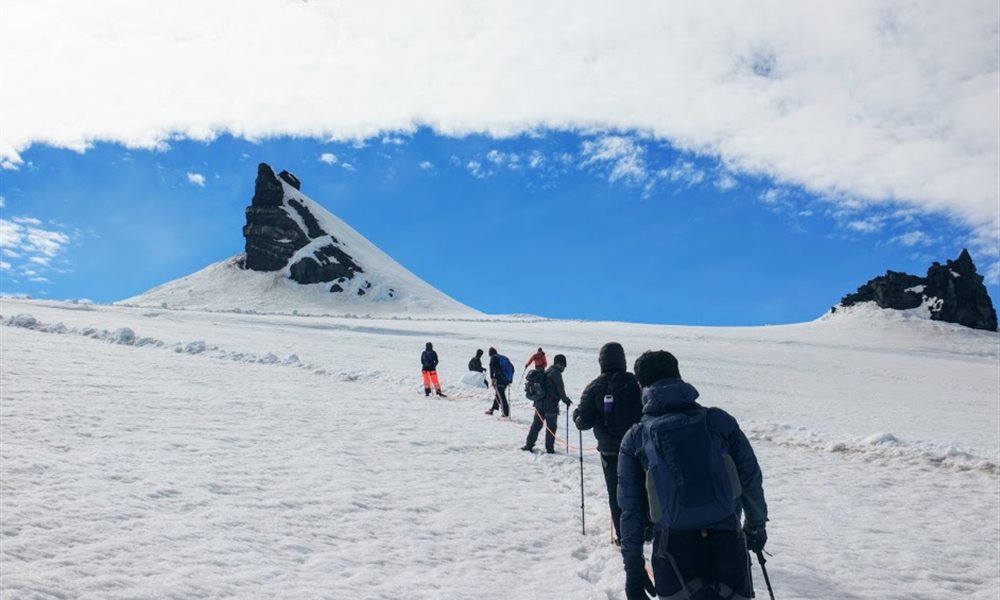 Photo Caption : "Love flowers best in openness and freedom"- Edward Abbey
Description: The pic is captured on the way to Chandrashila peak. The whole valley was covered with snow.Yet life continued with all its glory. 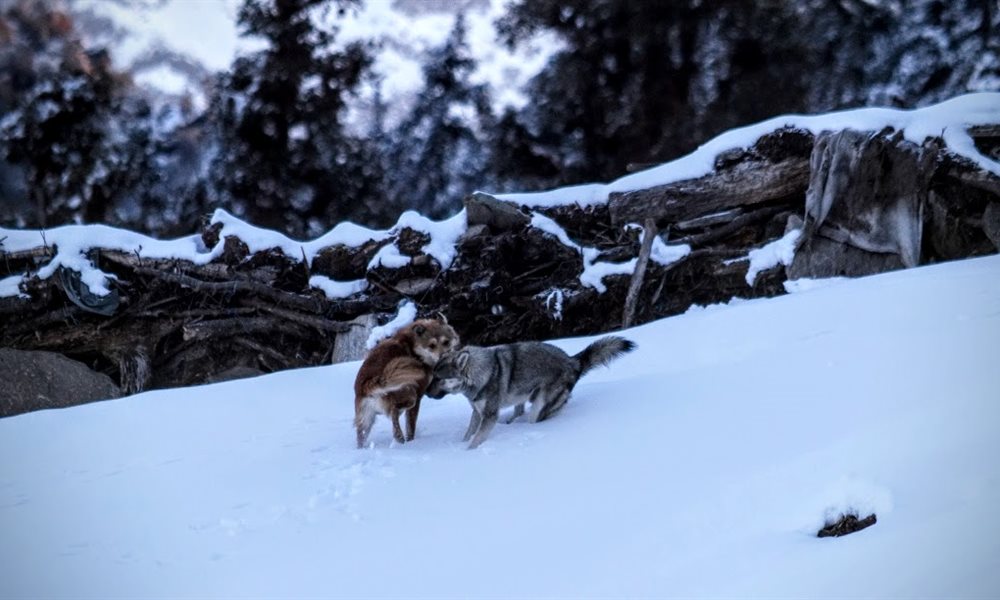 Photo Caption : Nature is the perfect canvas with all the perfect colors as paints on it
Description: Have been to many treks, but this calmness after a heavy snowfall was imprinted onto my mind and heart. 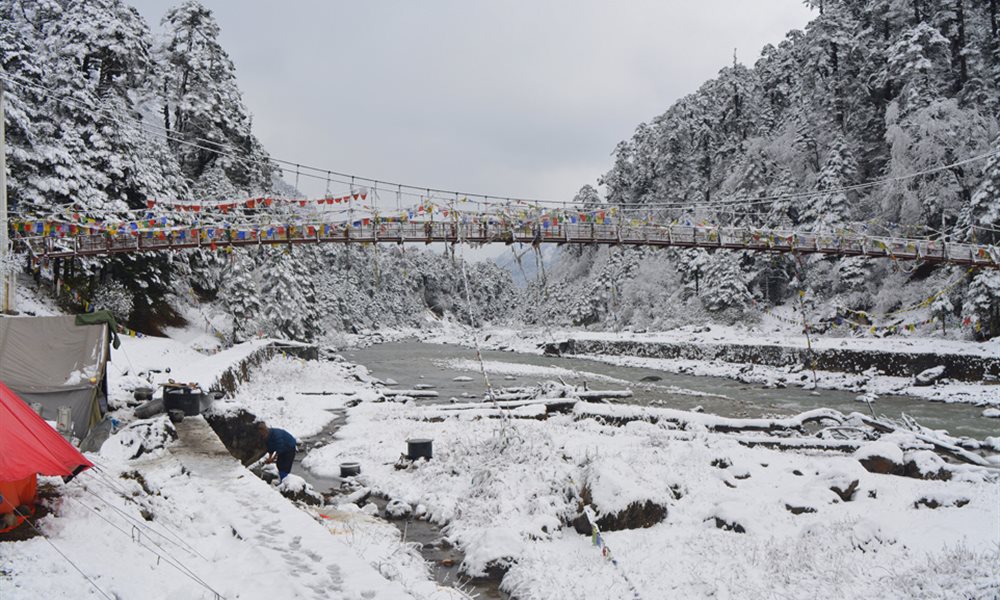 Vote For Your Favorite Picture 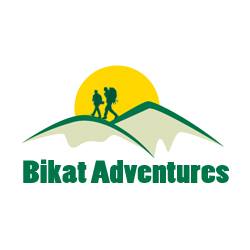