It is Day 3 of Pangarchula-Kuari Pass Trek.

We reach the campsite of Gelaghad after 5 hours of arduous trekking walking through thick pine forests and climbing steep rocks.

The treeline has disappeared a few meters before you reach Gelghad. At first glance, the campsite seems intimidating. But when you finally settle down, you realize it is strangely beautiful. And, cold.

All around me, I can see mountains undulating with golden shrubs. There are mountains one after another. Song ‘Yellow’ by Coldplay instantly plays on my mind. 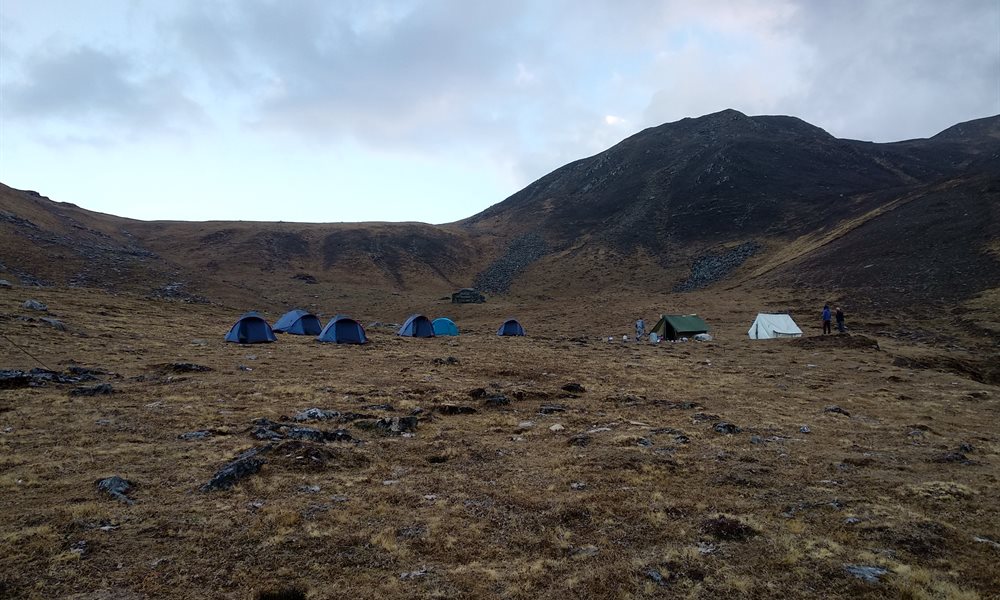 After half an hour of tea break, we resume towards Southwest direction where Kuari Pass lies.

I see that the whole path till Pass is paved with well laid stones. I ask my local guide if those have been laid by the orders of Lord Curzon since the trail is named after him.

He chuckles. He says “While the trail has been named after him, these stones have been laid by Forest Department as markers for the avid trekkers.”

Why the name Lord Curzon Trail, then?

Because Lord Curzon, Viceroy of India, was the first one to explore this trail in 1905. 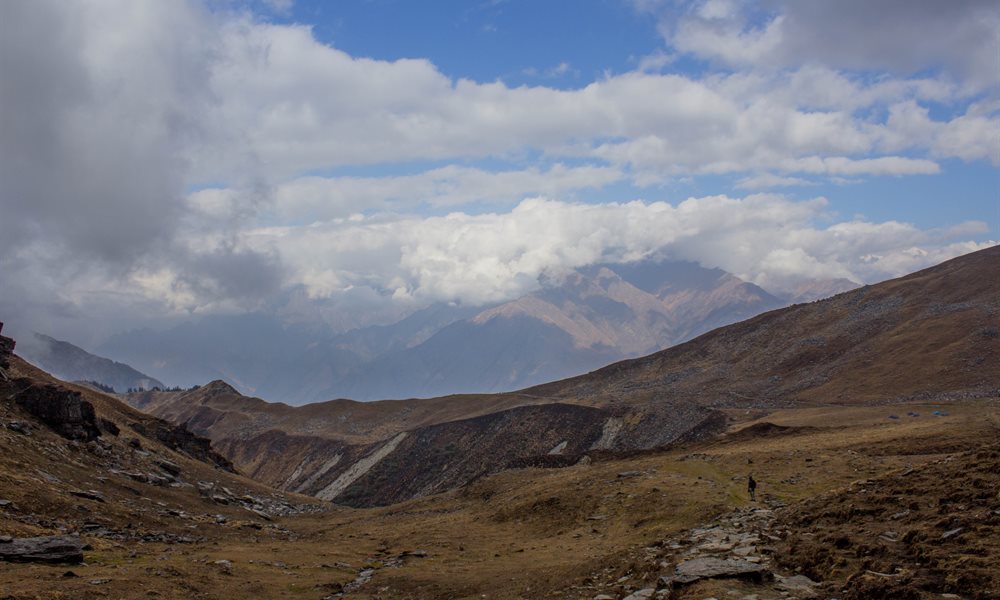 Apart from being a government diplomat, Curzon was also a bold and compulsive traveler who was fascinated by oriental life and geography. He was always interested in exploring unexplored places which was how he stumbled upon Kuari Pass Trail.

I researched more about him after getting more interested in him. I realized that he suffered from devastating back pain that made him don a leather harness till death. Yet, his spirit for exploring wilderness was never dead.

The Curzon Trail goes all the way to Gorson Bugyal where you still won't see an end to the golden shrubs. In my mind, I had already entitled this trek as the ‘Golden Trail’.

When Lord Curzon first blazed the trail in 1905, he started from Ramni which lies on the other side of the Pass, he covered the Gorson Bugyal and went all the way to Auli. 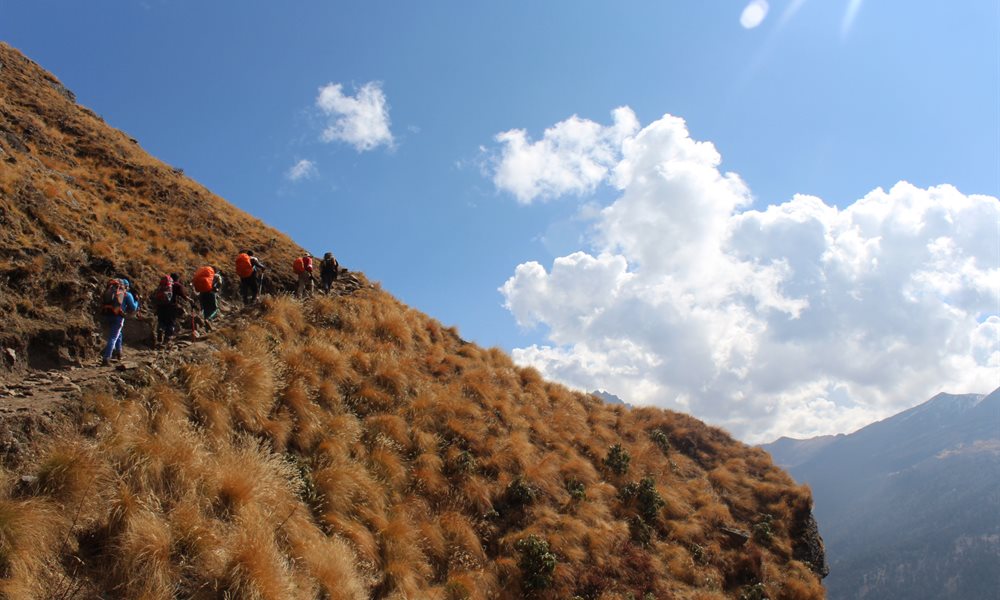 The part of the trail goes parallel to Nanda Devi National Park which is now closed for commoners. It is where all the revered peaks like Nanda Devi, Kamet, Hathi Godha are situated.

The meadows of Gorson are wide and beautiful adorned with Golden Oak trees. I see beautiful patches of land which my trek leader calls Summer Blaze, a place where shepherds bring their sheep and goats for grazing.

The place is conditioned with a clean, chilly breeze in summers. It seemed like an ideal escapade in summer to me. Bring your picnic basket and your favorite book along. 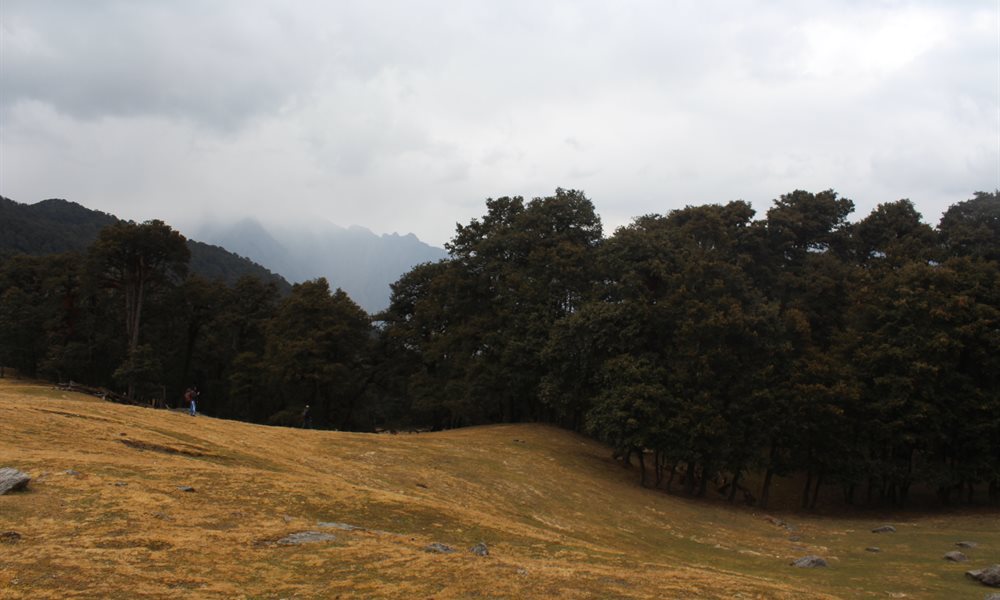 We reach a high point which is distinguished by stone and Tibetan flag. We regale thinking that we have reached the pass but it didn't look anything like it. That is when our guide debunk us that while this is the highest point (3700 m) it is not the pass. The real pass is further 2 km away.

The weather is changing. The foggy clouds hover around us. We walk into a nebulous path. 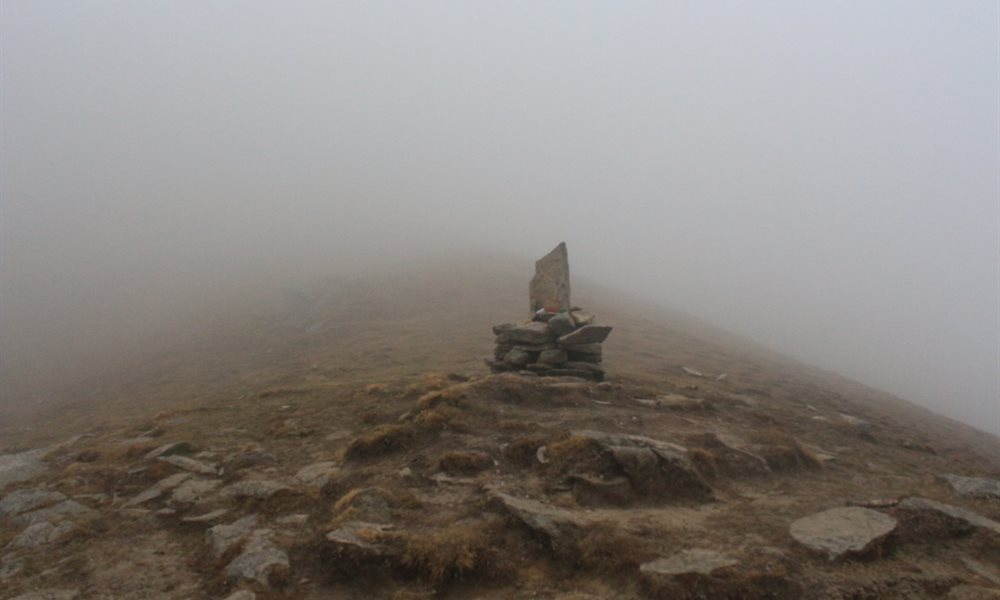 I again bombard Debu Bhaiya with another question “But then, why is it called Kuari Pass?”

He replies patiently and interestingly.

According to folklore, this place is where Goddess Parvati meditated before she got married to Shiva. Neelkanth, the place where Lord Shiva is believed to reside, is situated right in front of the Pass. Lord Shiva got impressed by her determination and austerity and took her away to marry her. Since Goddess Parvati was a bachelor at that time, hence, it is called Kuari (meaning bachelor in the English language). 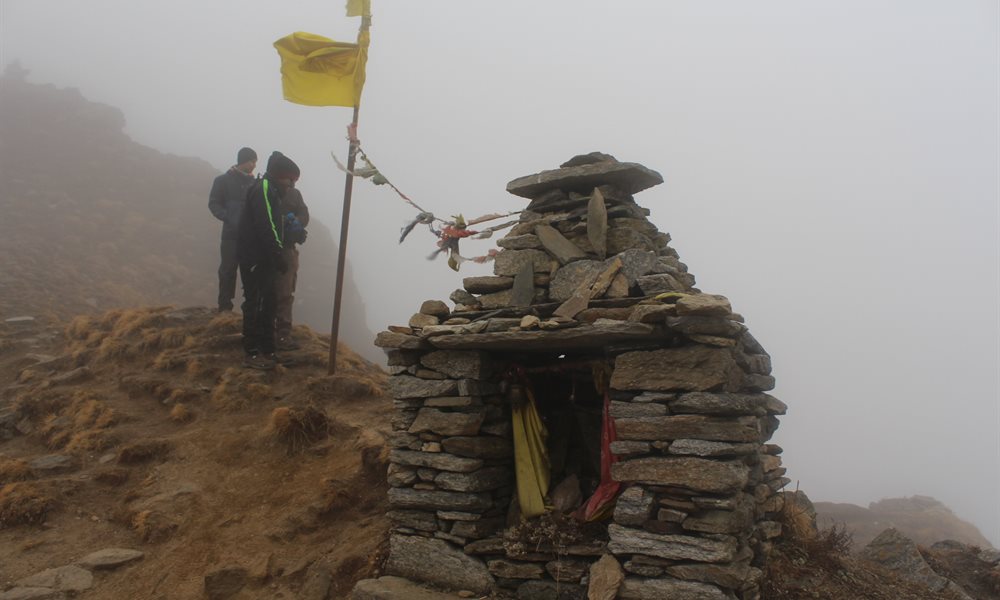 Another explanation is that the mountain people considered (still do) mountains the abode of Gods and Goddesses which is why they left these regions untouched or virgin a.k.a Kuari until Lord Curzon discovered the trail.

Finally, we reach the real Kuari Pass. There is a temple there. If I continue to walk, the way will take me to Roopkund. Though it will be a total of 14 days itinerary.

The whole trail till Kuari Pass is arched and bends at sharp curves. It is all yellow yet enchanting. I soak in the view around before we leave back to camp.