All geared up and excited about a trekking trip, we started our journey from Faridabad, with a halt in Chandigarh. That morning with Chahal, Malana, Kheer Ganga, Tosh on our minds and tongue we couldn’t resist discussing about forthcoming days on that 9 hour stretch. After taking a halt at Bilaspur for lunch, as we headed towards Kasol, the mesmerizing beauty of Himalayas and Parvati River hinted at us of wonderful eight days ahead. As we reached Kasol, a town on the sides of Parvati River, we could breathe the freshness in the air. Our first night stay was at Chalal by the river side “Himalayan camp” of Mr. Om Negi. 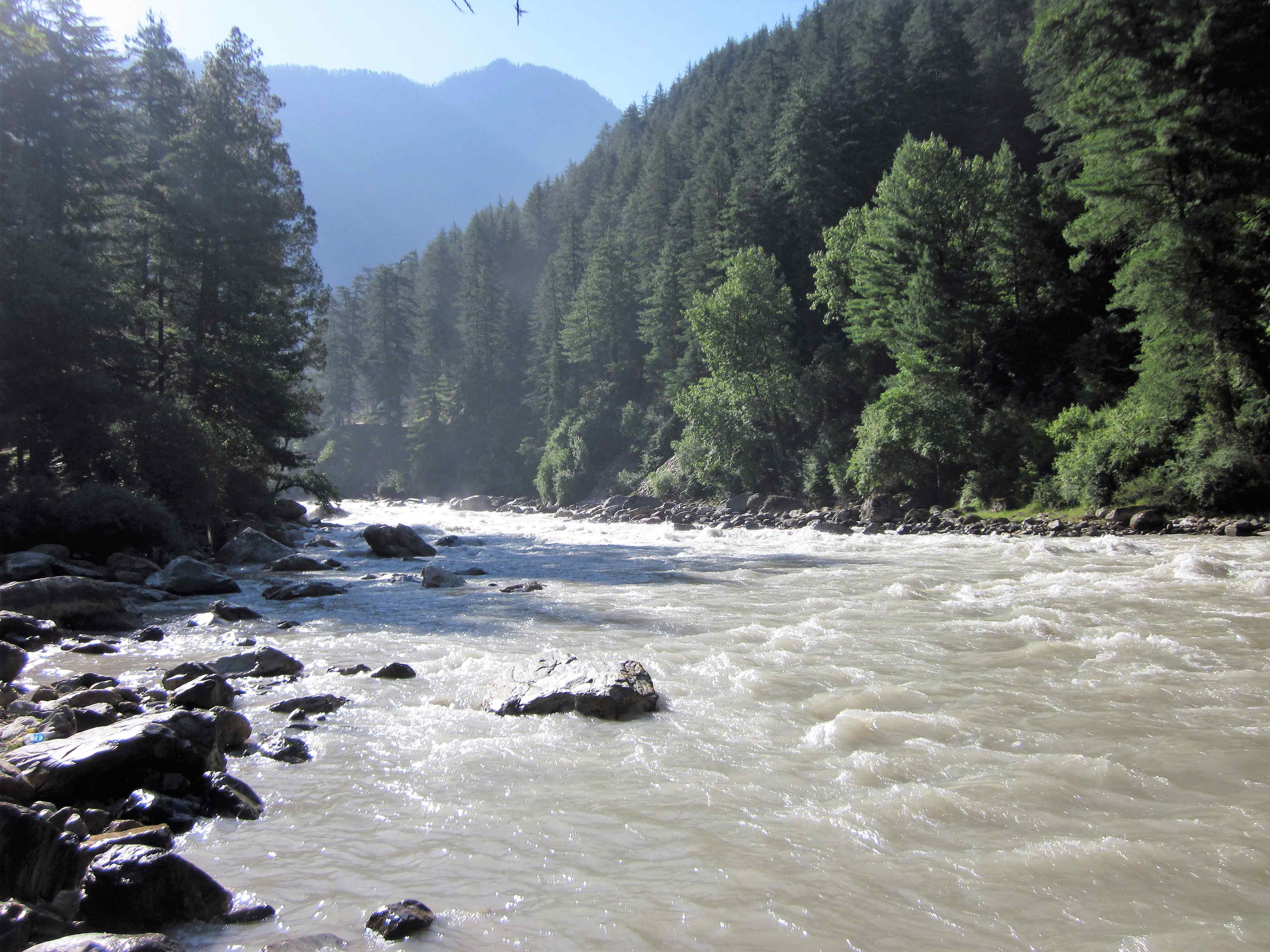 Kasol is full of interesting cafes -- with colorful lights, pictures of Shiva smoking weed, serving continental food, variety of pancakes. We had some light fo       od before we headed towards our camp. We crossed a small beautiful bridge, and then walked by Parvati River into the jungle. Listening to the musical sound of Parvati, we reached the Himalayan camp -- A lively place with only a tent setup besides Parvati. That was the time we fully realized we had reached Kasol, with everybody around in their own high world and calmness of nature around it was heaven to be in. That night was well spent with walk around Parvati and mingling with other people in our camp and singing lot of songs.

28th June : Starting the day with a walk around Parvati -- What a lovely breezy cool morning it was, we headed from our camp towards Kasol for breakfast, at 10: 30 in morning, all places stoned with night effect, we managed to find us a café that served us a decent breakfast to start the day, the first sight of café was Lord Shiva pot smoking icons alias we were in the Parvati valley. From here we headed towards “Malana”, having read a lot about this place we were all jittery about our stay there. While driving around curls of road and wind through the mountains, watching pines and deodars standing tall, we realized that the landscape never lets the bumpy roads tire you. We parked our car at Jari village and started walking towards Malana. So our First trek of trip waived off. Climbing the mountains with me breaking down and my husband pushing me by telling me to see site around in first place pissed me but as we moved up the beauty of the place pushed me to walk further.

MALANA : The cream town of India ! As we entered Malana the first thing we heard was “ Cream Chahiye” from young tads of 8-10 years and we knew we were in Malana !

Malana is famous for its distinct culture and the temple of Jamlu Devta often referred to as 'Little Greece'. . The people here live in self-imposed isolation and believe themselves to be belonging to superior caste. A visitor cannot touch their walls with their temple walls having signs “Is jagah ko haath lagane pe 25000 ka jurmana hoga”. They have their own government and do not consider themselves within the jurisdiction of the Indian government. Mesmerized by splendid beauty of Malana village we found an accommodation to spend a night in this village.

Locals told us about a water fall which was secluded and we had to trek to it fot about an hour, having made our way through the little streams that are fresh out of the woods and are learning to chart their own courses sparkle in his rays we reached this waterfall and splendid was all that we could say -- A beautiful trail of water coming down from up hills and making noises and sparkling water at us even from a good distance. Unique beauty of this waterfall was in the 360 degree green view this location offered around the giant water stream. After spending about an hour at the fall, it was time to trek down. It was a day well spent and a comfortable stay at “—“and morning again began with fresh voices on our rooms door asking us if we wanted crème ! 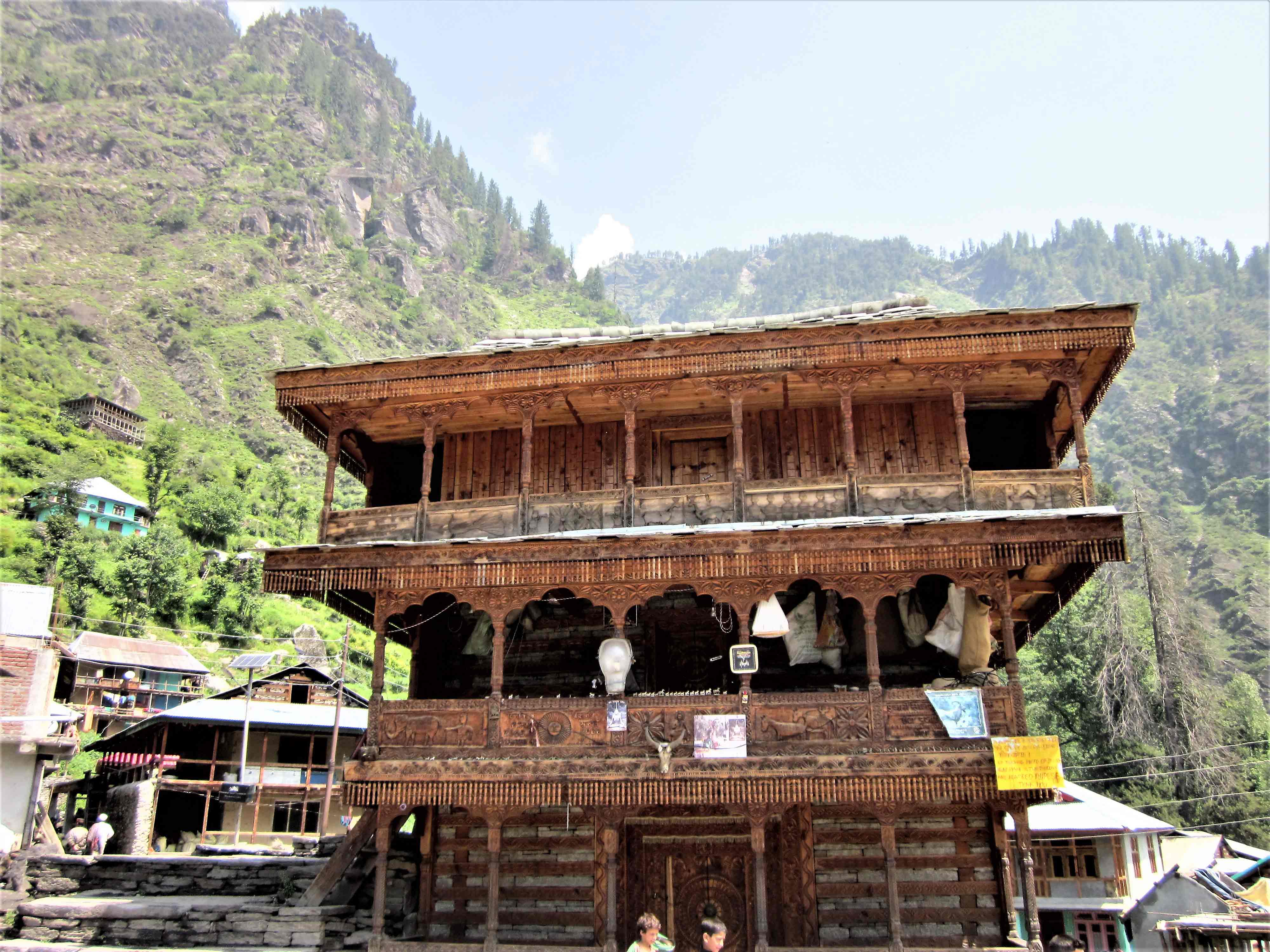 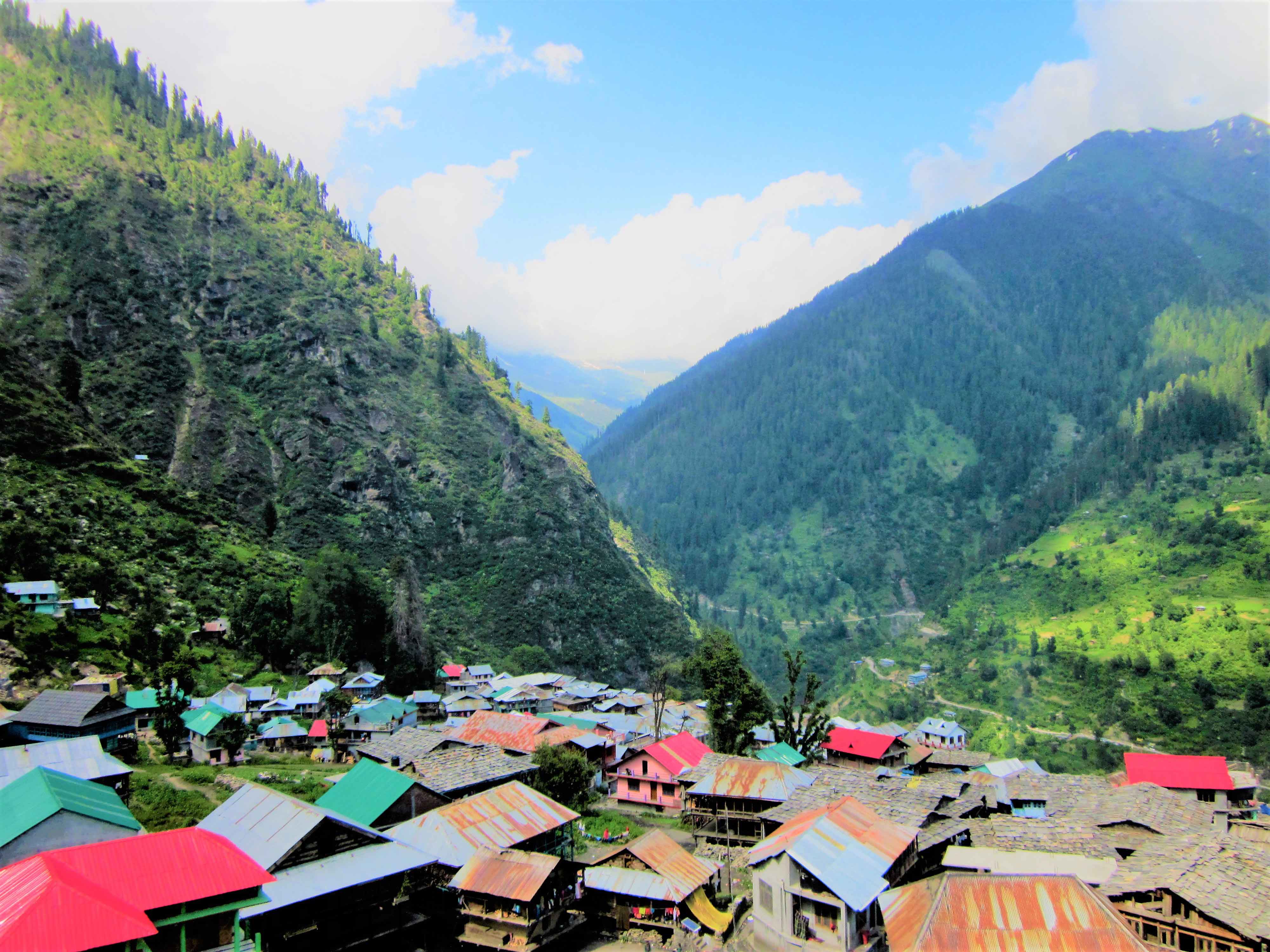 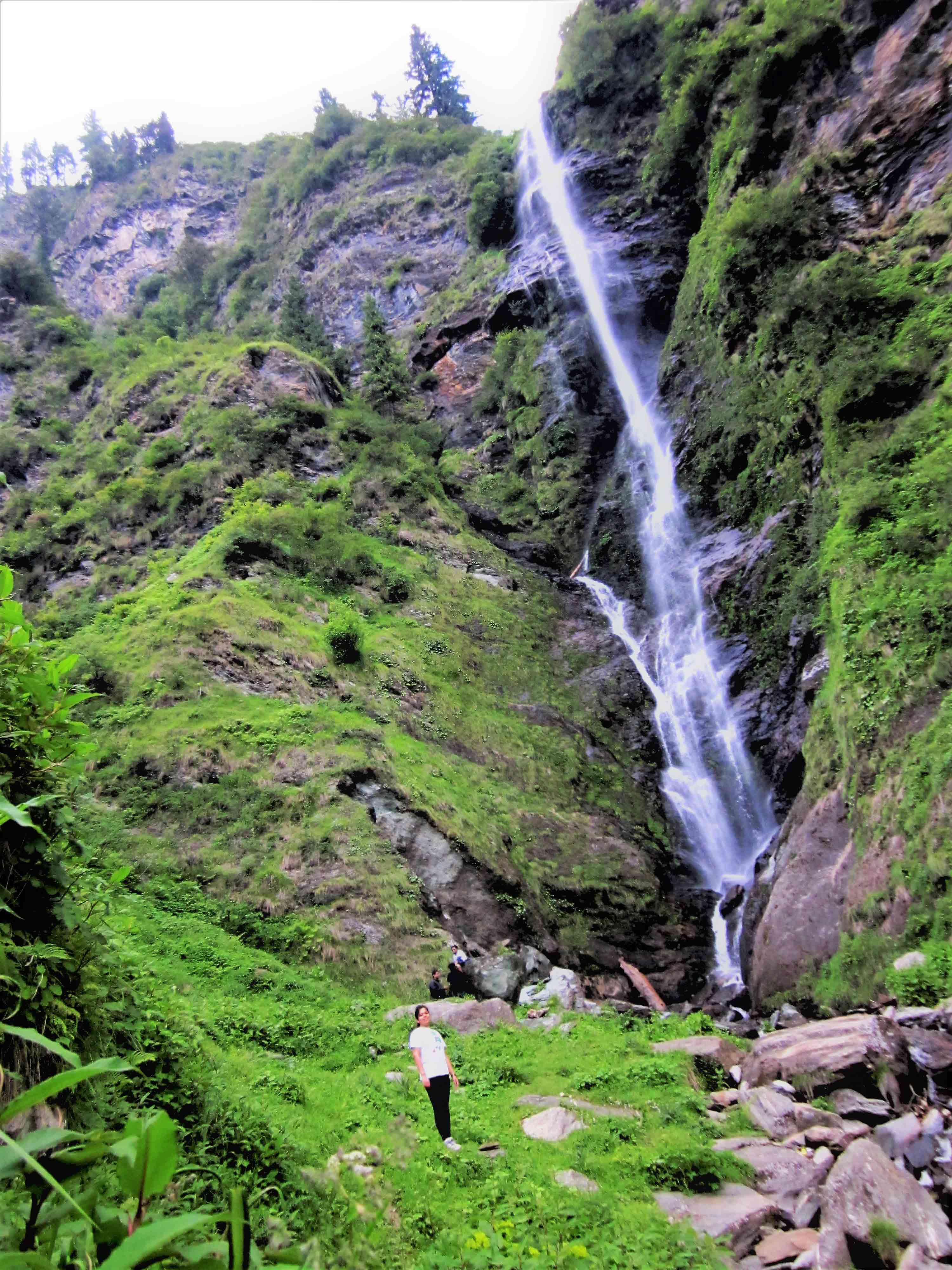 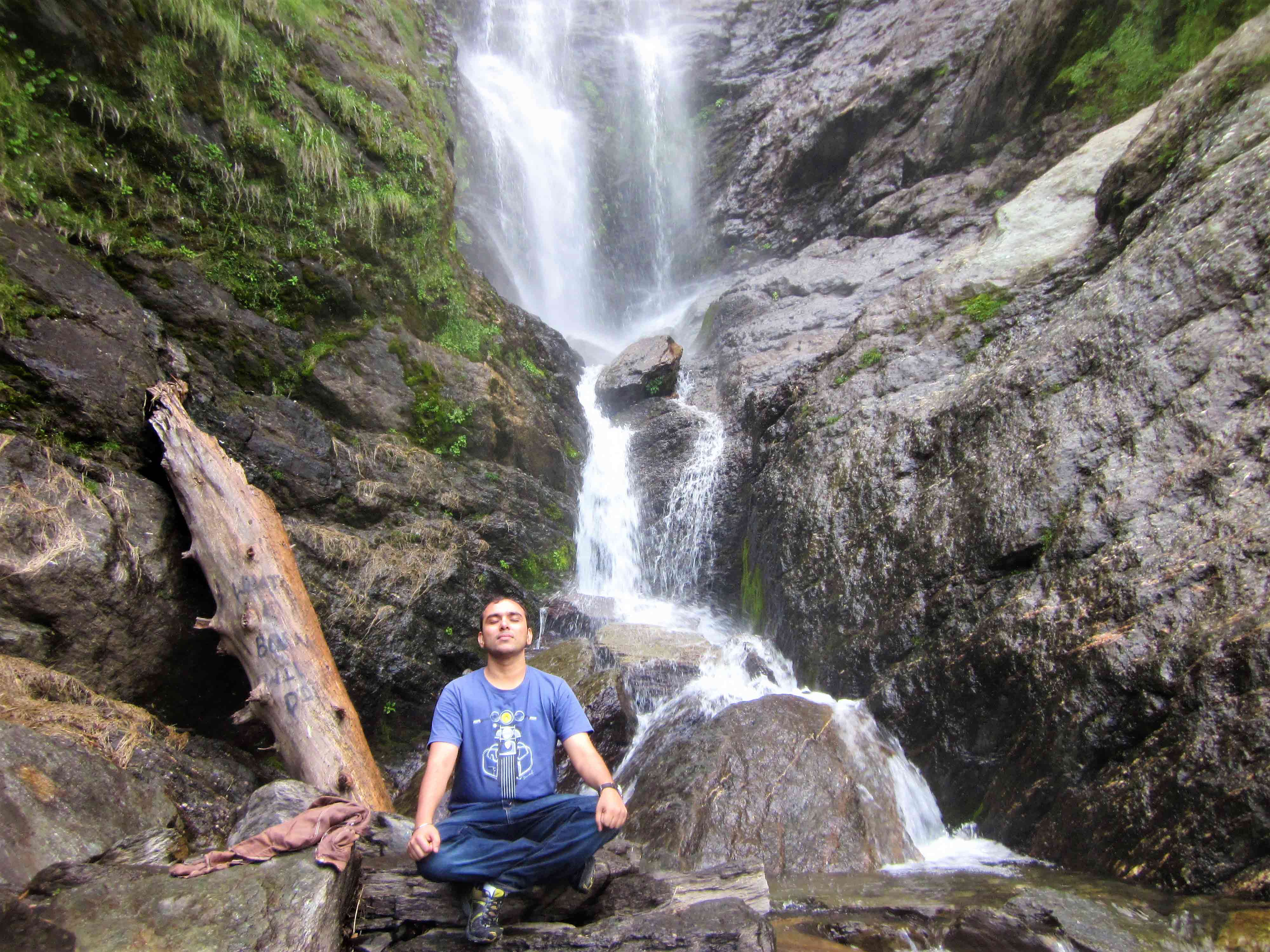 29th June - We started our back journey coming out of lanes of Malana where by mistake we touched the wall of scared temple and we had people annoyed on us, shouting on us for making their place dirty! The back trek was pleasant again and as we reached the top we sighed in relieved for seeing our car parked where we left it. The journey to Burshani began with two Malanese accompanying us -- it’s always fun to chit chat with locals and get the flavors of their surroundings.

Reaching Burshani we parked our car at local barricade and started our trek towards TOSH. As we asked the locals about way to take they guided us to take simple road route and avoid stairs, they wanted to make it easy for us but we thought they can’t underestimate us and took the staircase way, after about climbing 100 stairs we reached a point where we there was wall on one side and chasm on other so after applying some brains and failing to understand way forward we had no choice but to go down those 100 odd stairs. Coming down we asked a local about the wall mystery to which he said we had to hop that wall and said “aap log seedha raasta hi lelo wapis seedhi mat chado” and BINGO we looked at each other and started climbing back the stairs those 100 stairs ! Once again at top we managed to jump over the wall and find our way towards Tosh village. Reaching TOSH and as read about few good places we decided to stay at PINKY DiDi’s RESORT , Reaching the last resort or pinky didi’s resort we were disappointed as they had no room availability but the guy at café offered us to give us a room in their house which was just next to their hotel rooms , feeling comfortable with deal we tucked our stuff in the room and moved out to explore Tosh , waking for few kilometers we were told by a local about a waterfall which was 3-4 Kms ahead and as we already were on a walking spree we headed towards the fall , and reaching their we named tosh as “God’s little wonderland”. Peaceful, calm, serene that place was truly was a wonderland. Our way back was in a little hurry as it was dark and we could only see each other around, the valley is at rest very early so by time we reached our resort we not see any hustle bustle on streets. Reaching back we had a surprise waiting for us a room with insects and spider! so we thought to leave from their at 8 in night in the dark valley. We picked our stuff and moved back to valley to find a better place and walking for about a km we landed at hotel shiva power, a decent place after a log day, happiness was finding a decent place at that hour and a tiresome day ended happily. 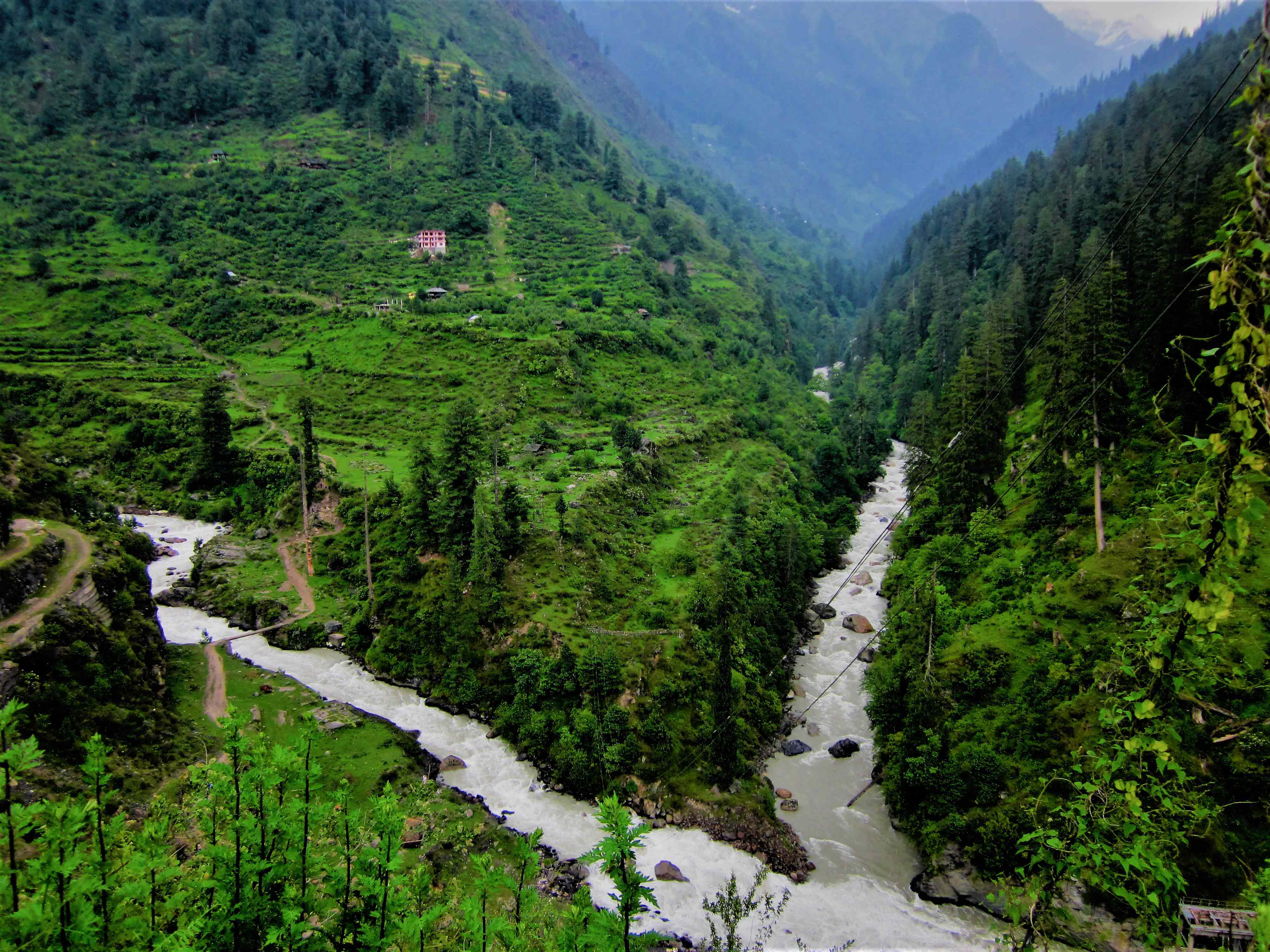 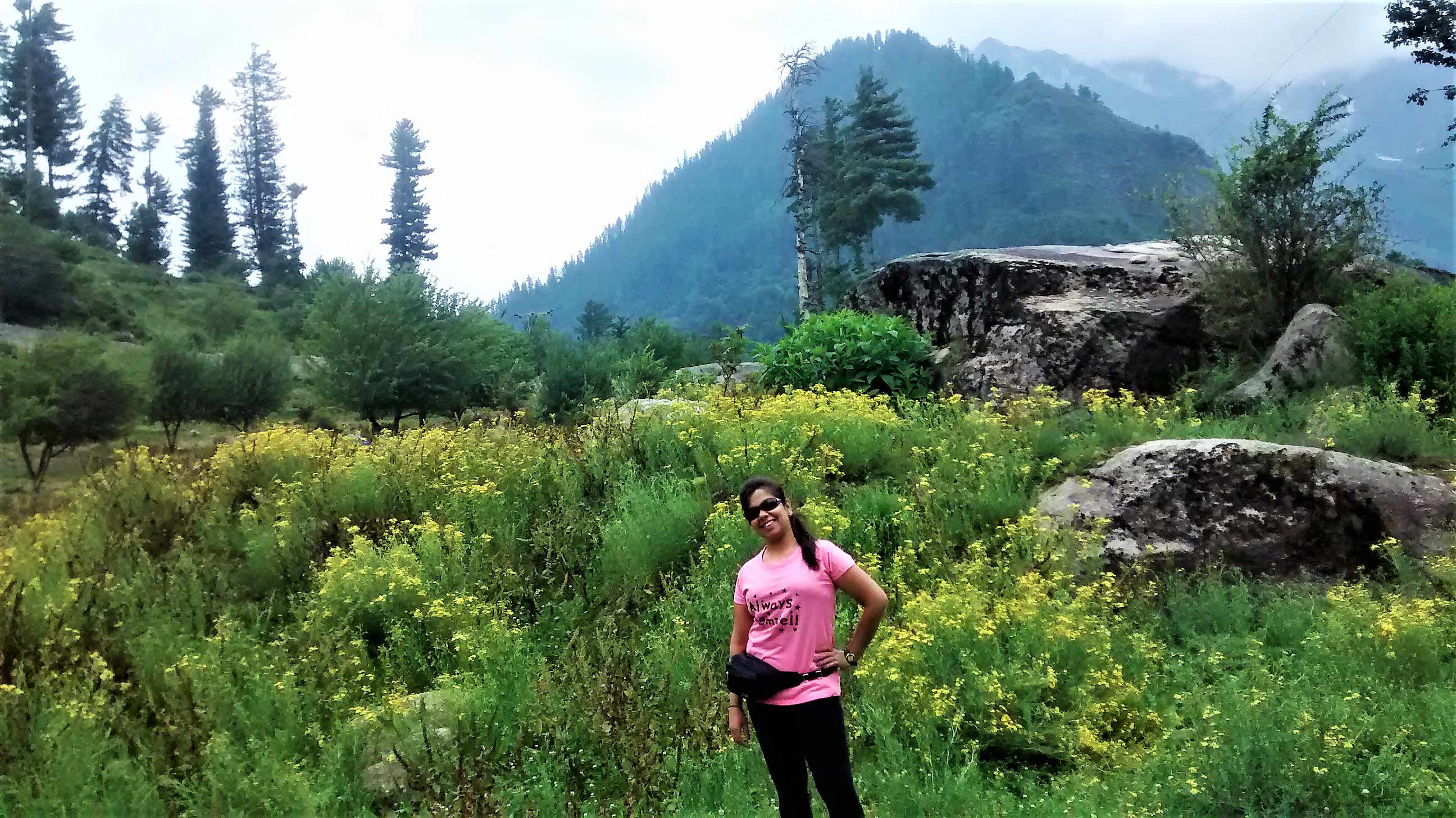 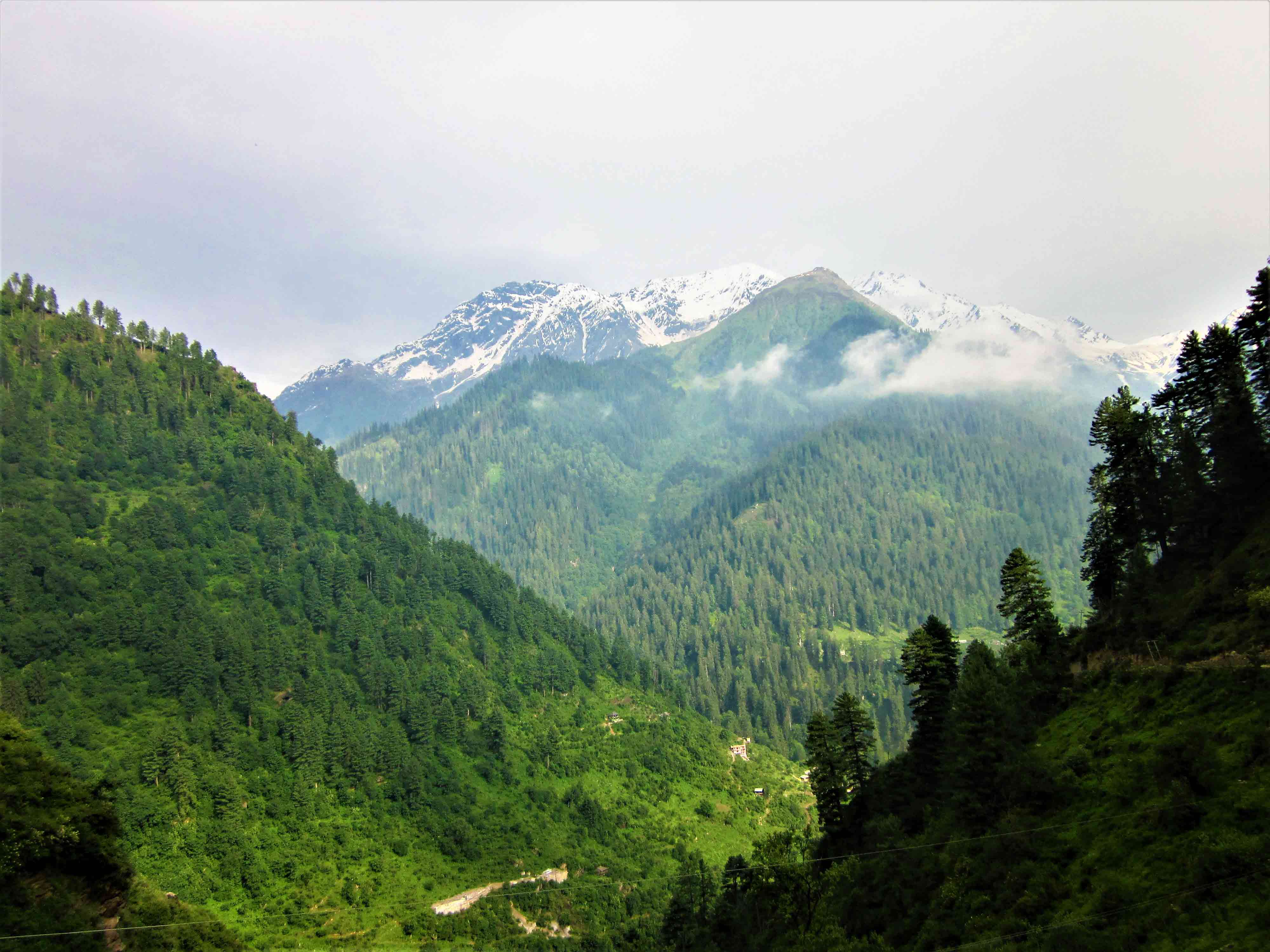 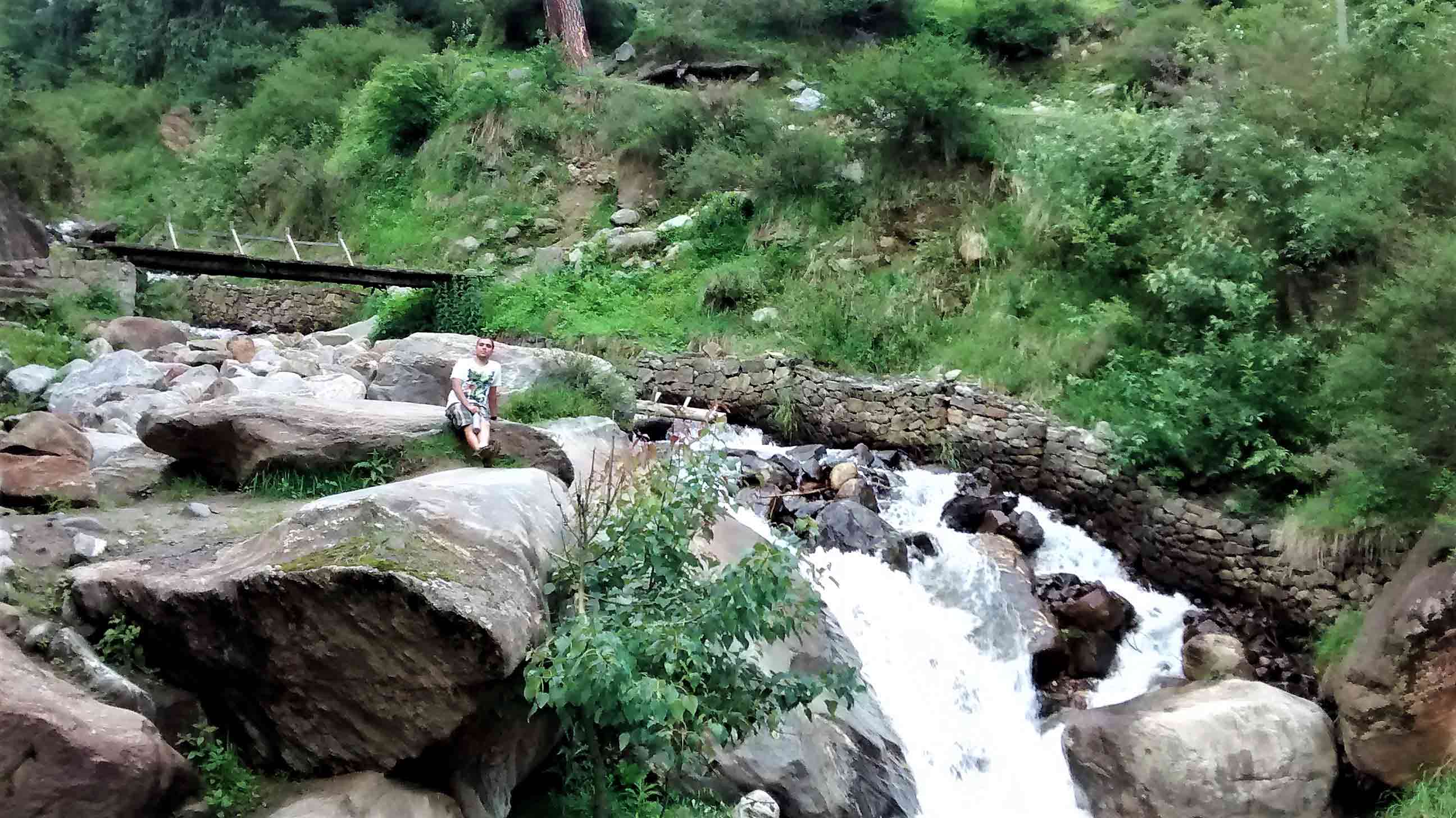 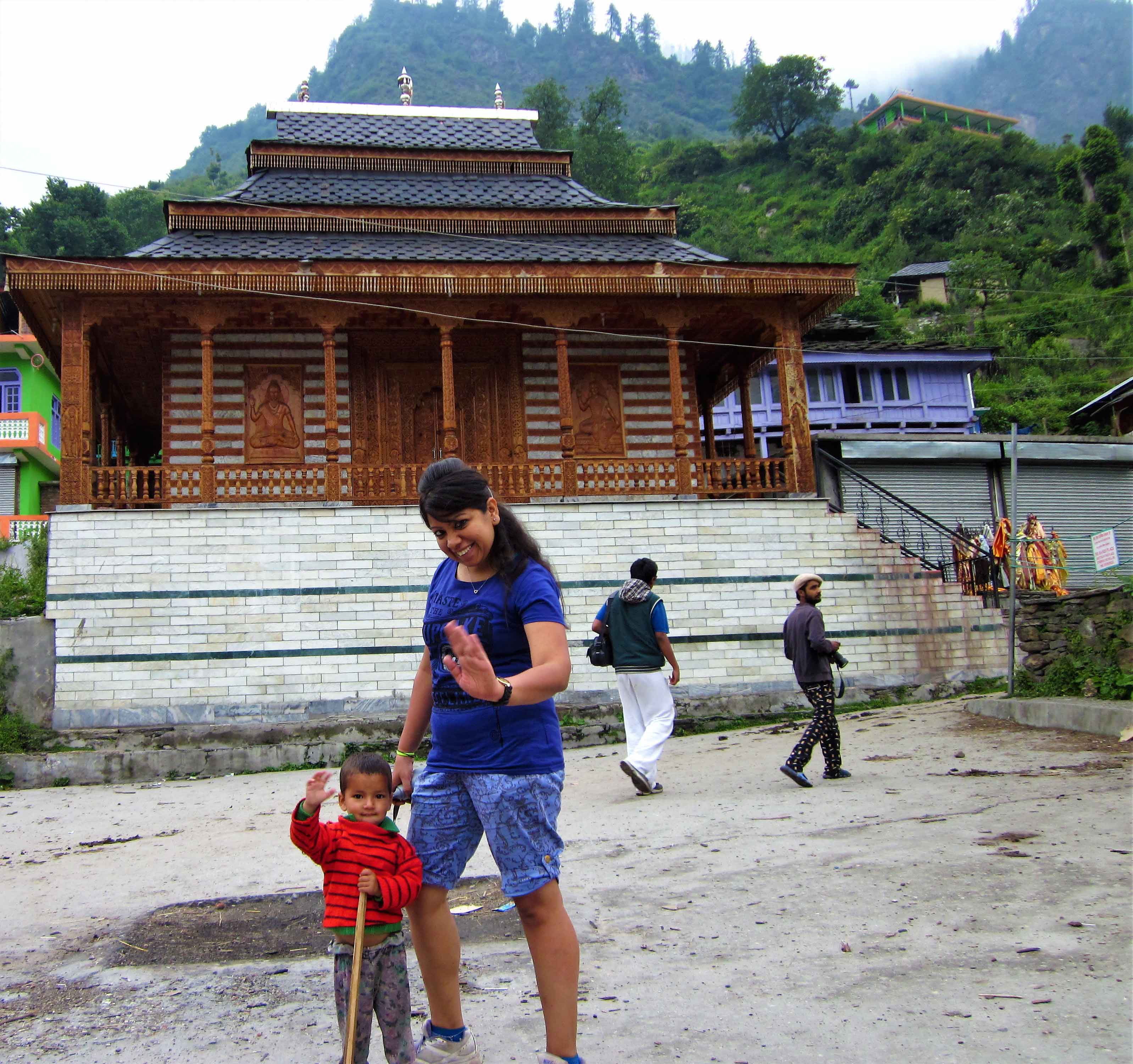 30th June: We started back from tosh heading towards Barcahani for our next destination Kheeganga. The journey started with taking our path going down the stairs entering into huge dense forest and mountains all around. The beauty of kheeganga lies midst the path that leads to paranomic meadows. The open sky, The natural wooden bridges made out of tree trunks , waterfalls, green mountains all are a delight to eyes, the 12 km stretch is a sheer delight and takes you to a different world all together. Kheerganga is also a Campsite for another long trek known as Pin Parwati Pass Trek which crosses into Spiti Valley. Climbing up those hills passing through thunderous rivers makes you feel how strong Mother Nature is. It gave us a feeling that we live in altogether a different world surrounded by our office cubicles, traffic, tall buildings where we are so away from this beauty that nature beholds in herself.

The trek is a bit tedious but once you get to the top; there is nothing that feels better, trust me -- nothing! Reaching there, beauty of the place mesmerizes you so much that you forget the pain that you had during the trek. As we reached there, the whole view and environment changes drastically and opens up into a flatland that is all green with mountains all around: Heaven on earth it was. We hired a tent for stay. Kheeganga had tent, the few guest houses and cafes and the temple premises which also comprises of the hot water spring.

The HOT WATER SPRING is the place to be. As soon as we entered the pool were out of words for nature’s miracle. Our all tiredness and fatigue from long trekking was just gone. We stayed in pool for an hour. If you go up there then believe me you don't want to miss it for anything in whole world.

The day ended with dinner at the tent café. As we moved for sleeping clouds were already in a mood burst, that night was sleeping under the stars in a small cozy tent and rain pouring over us, bliss is the word for that. Kheeganga welcomed the morning with views of the forest and the snow peaks were simply spectacular. Heavy mist and clouds enclosing the valley but the peaks were shining while sun was rising out of clouds at a distant horizon. The morning started with dip in hot water spring and then began the back trek towards Kasol. The trek was again a lovely one with rains during the path but weather was pleasant and with this we departed to Kasol. We explored Kasol town that night. It was almost the end of a beautiful journey. 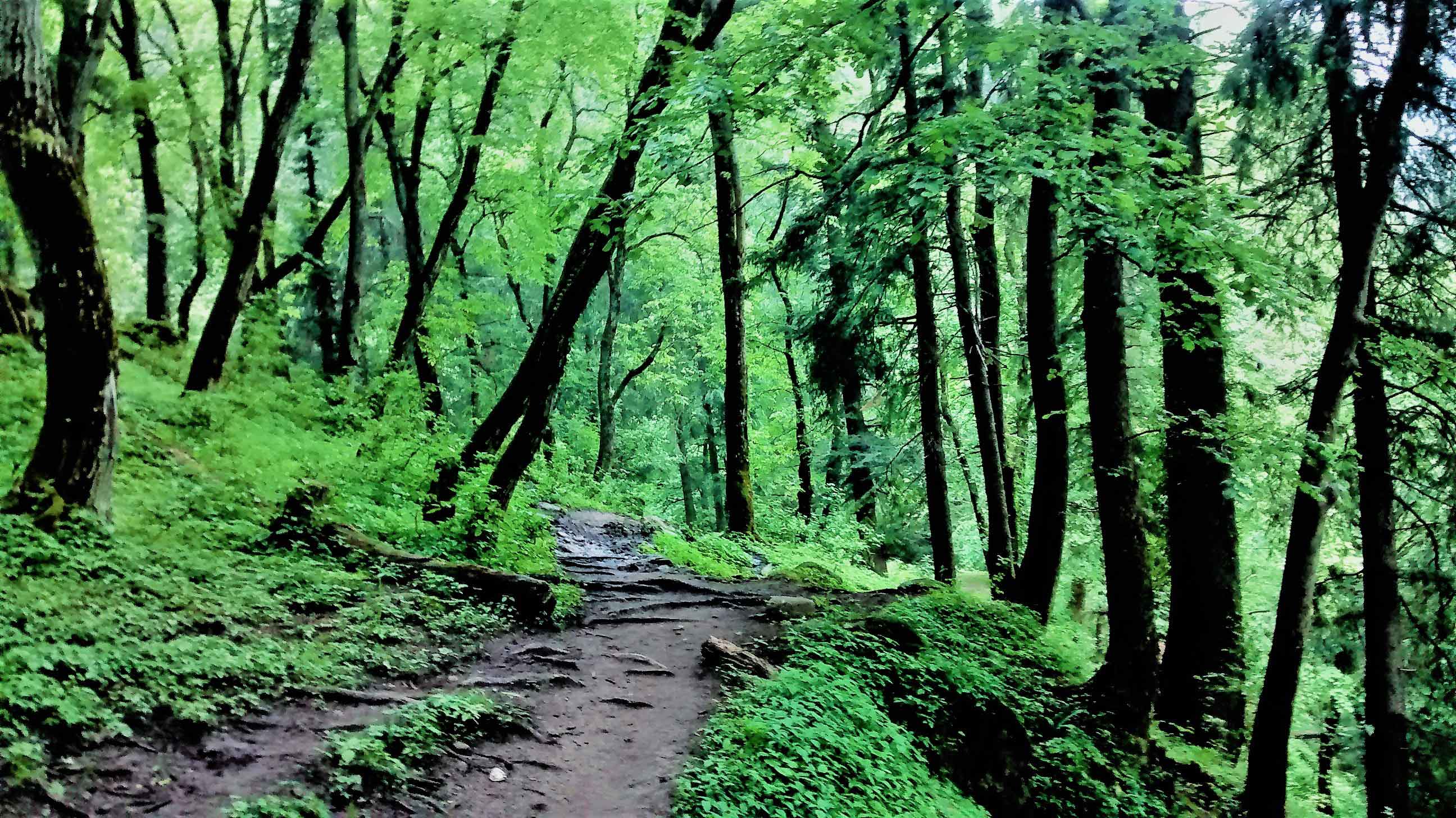 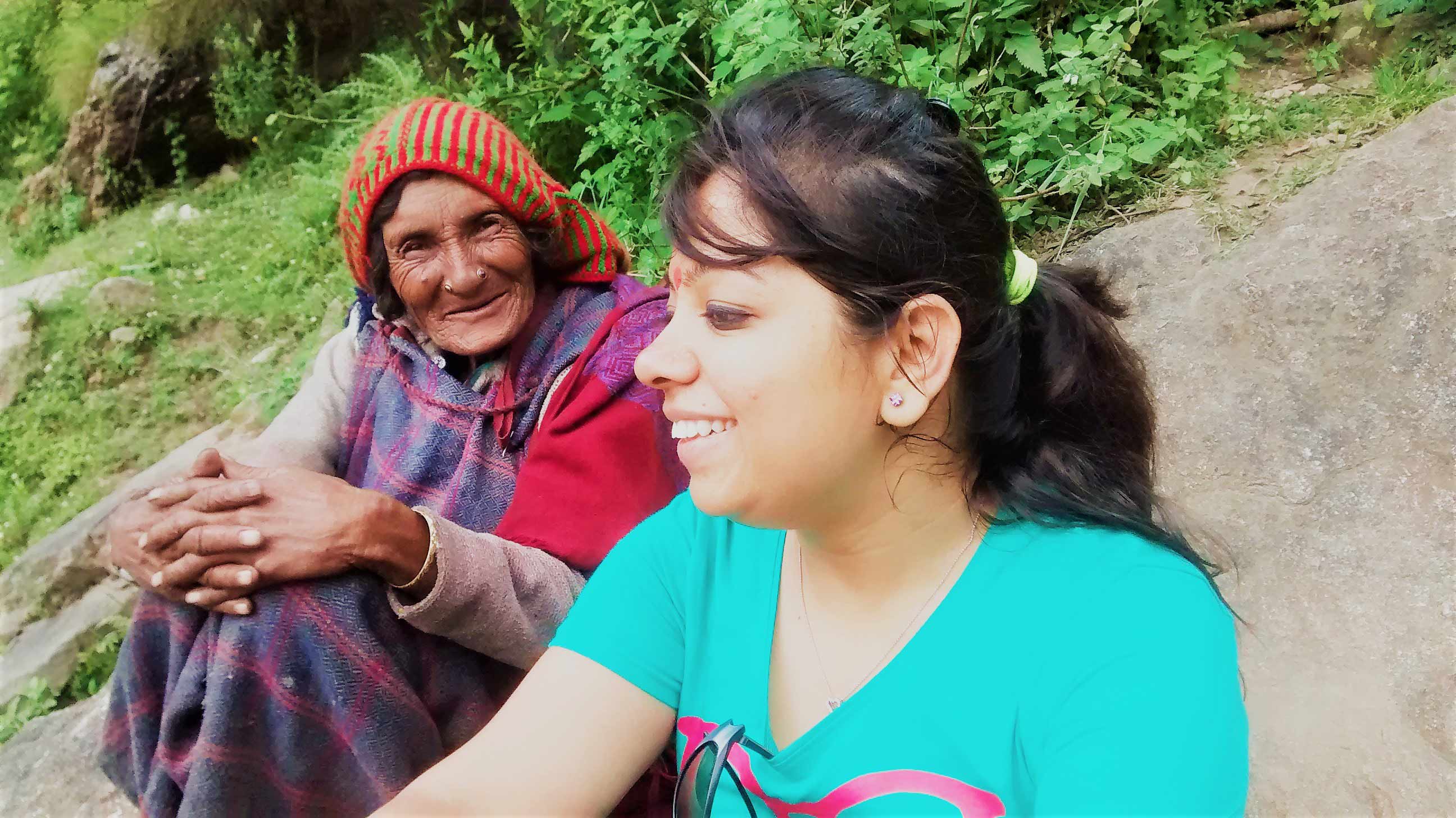 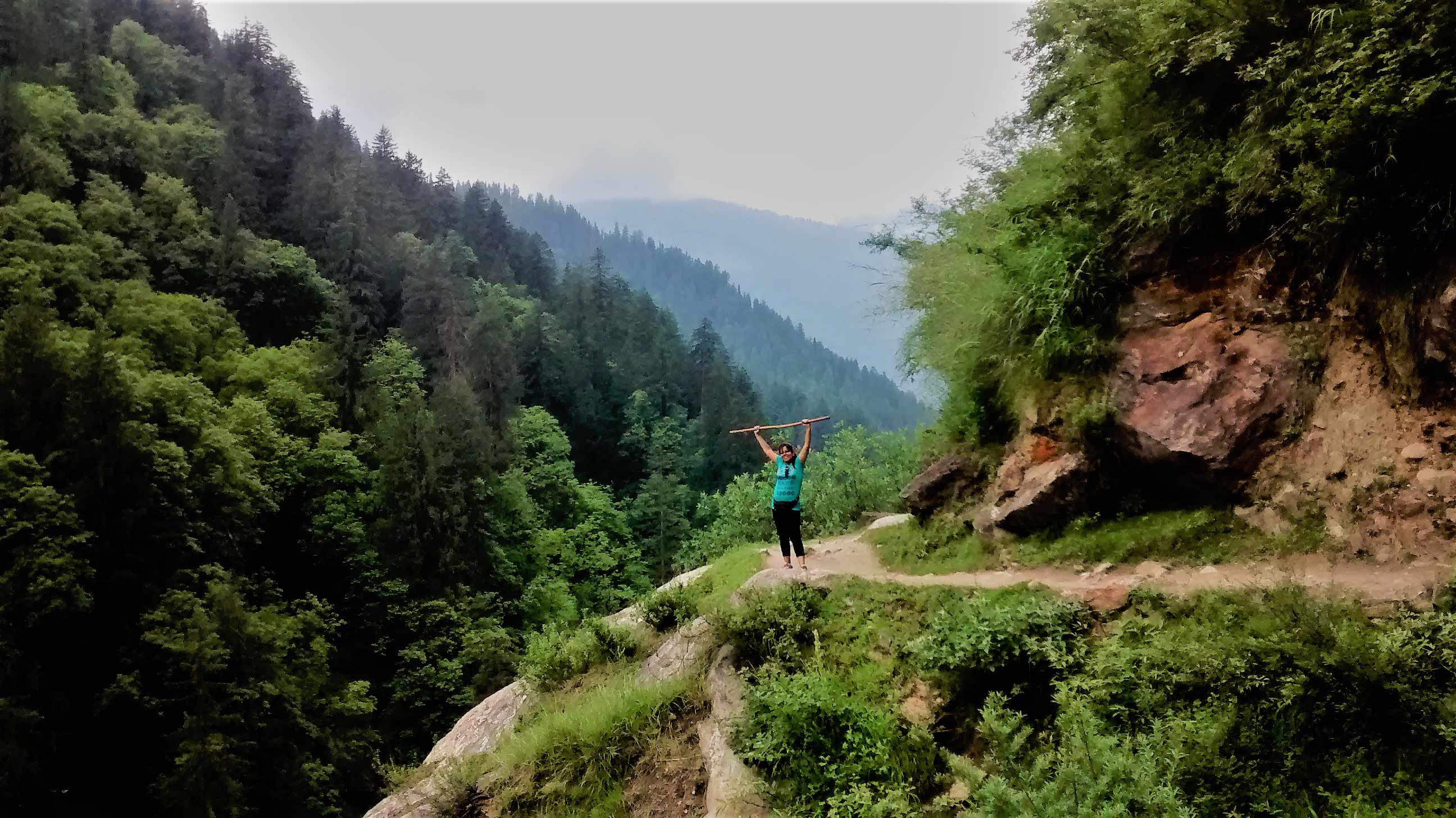 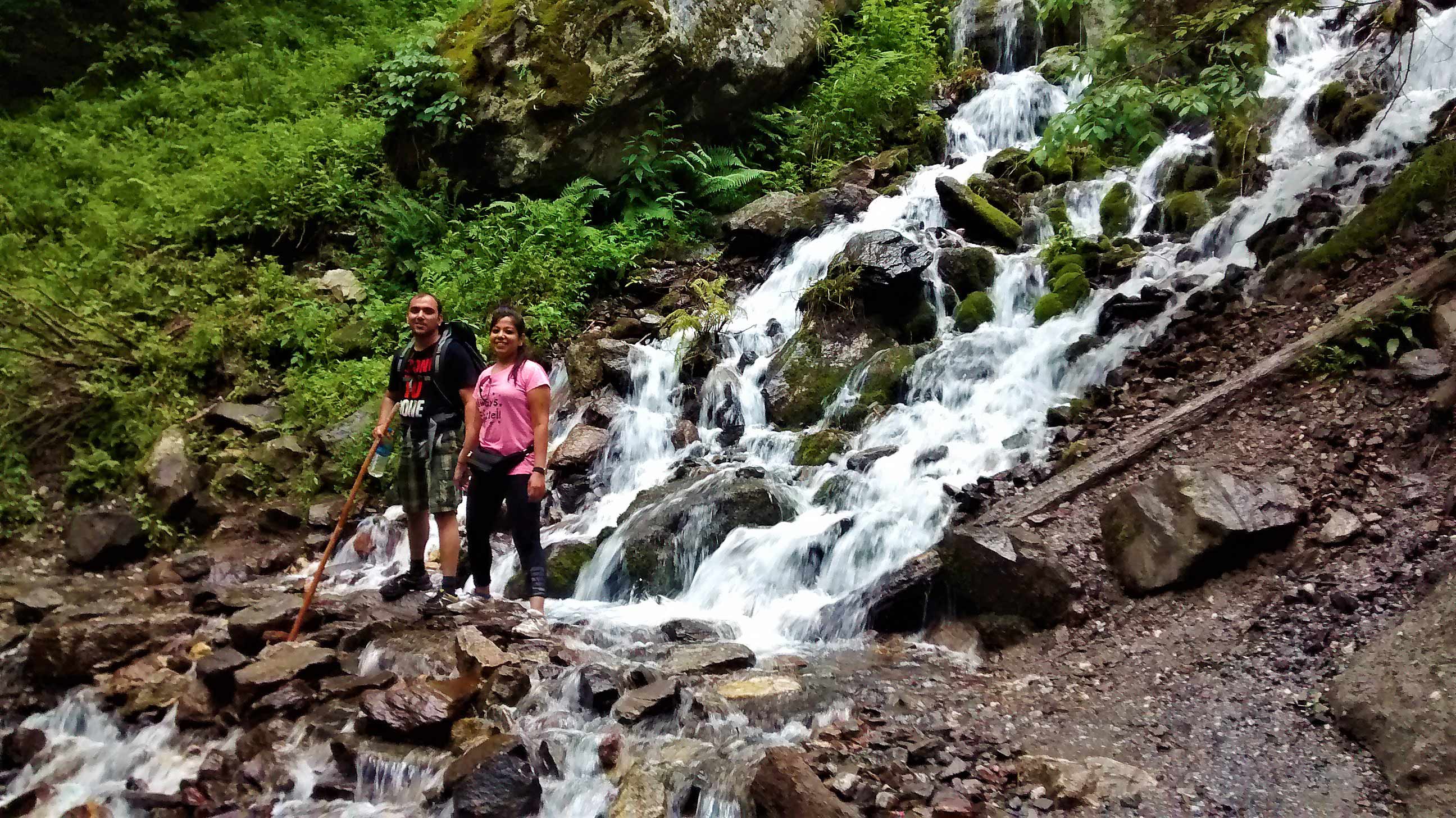 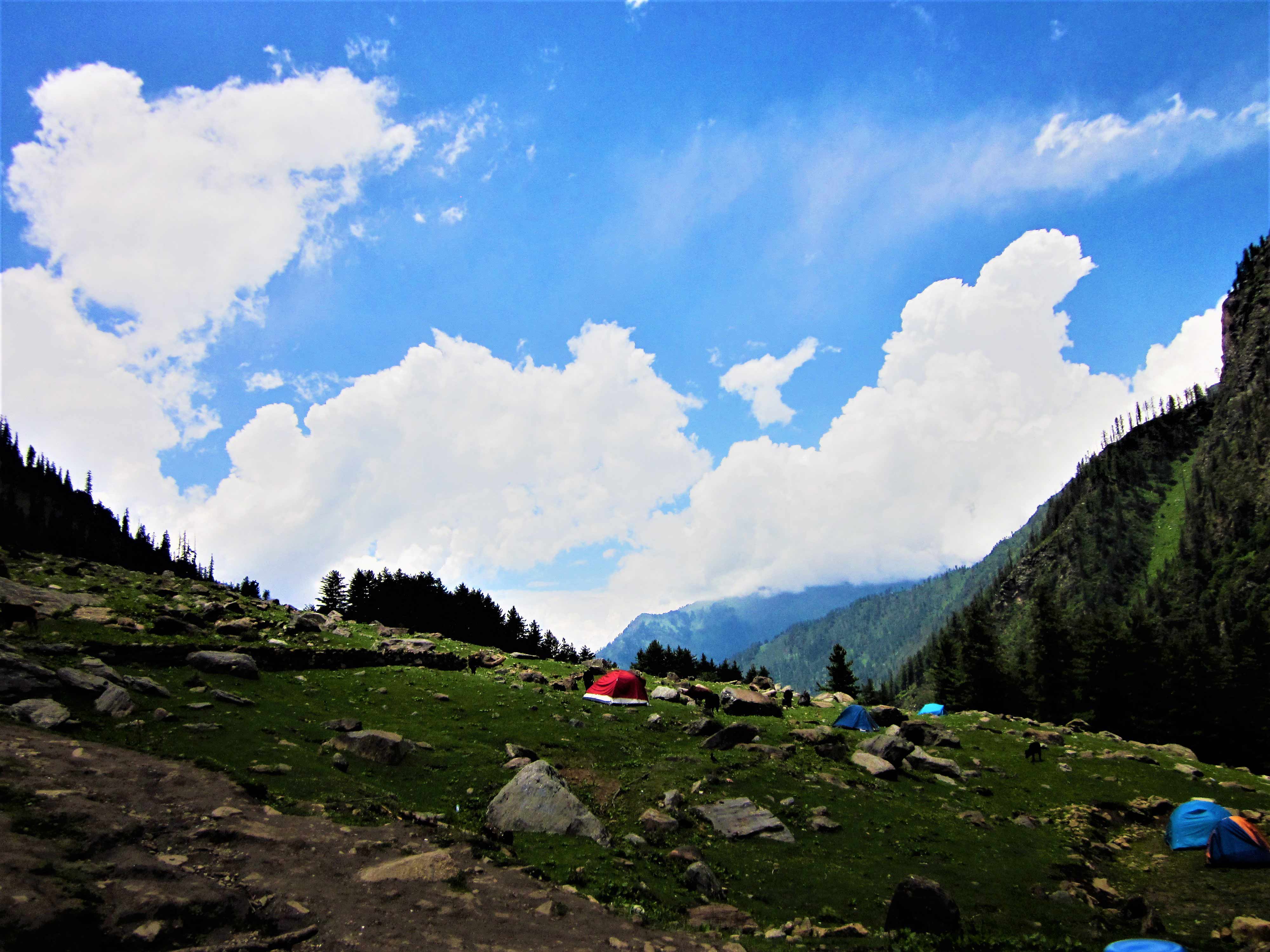 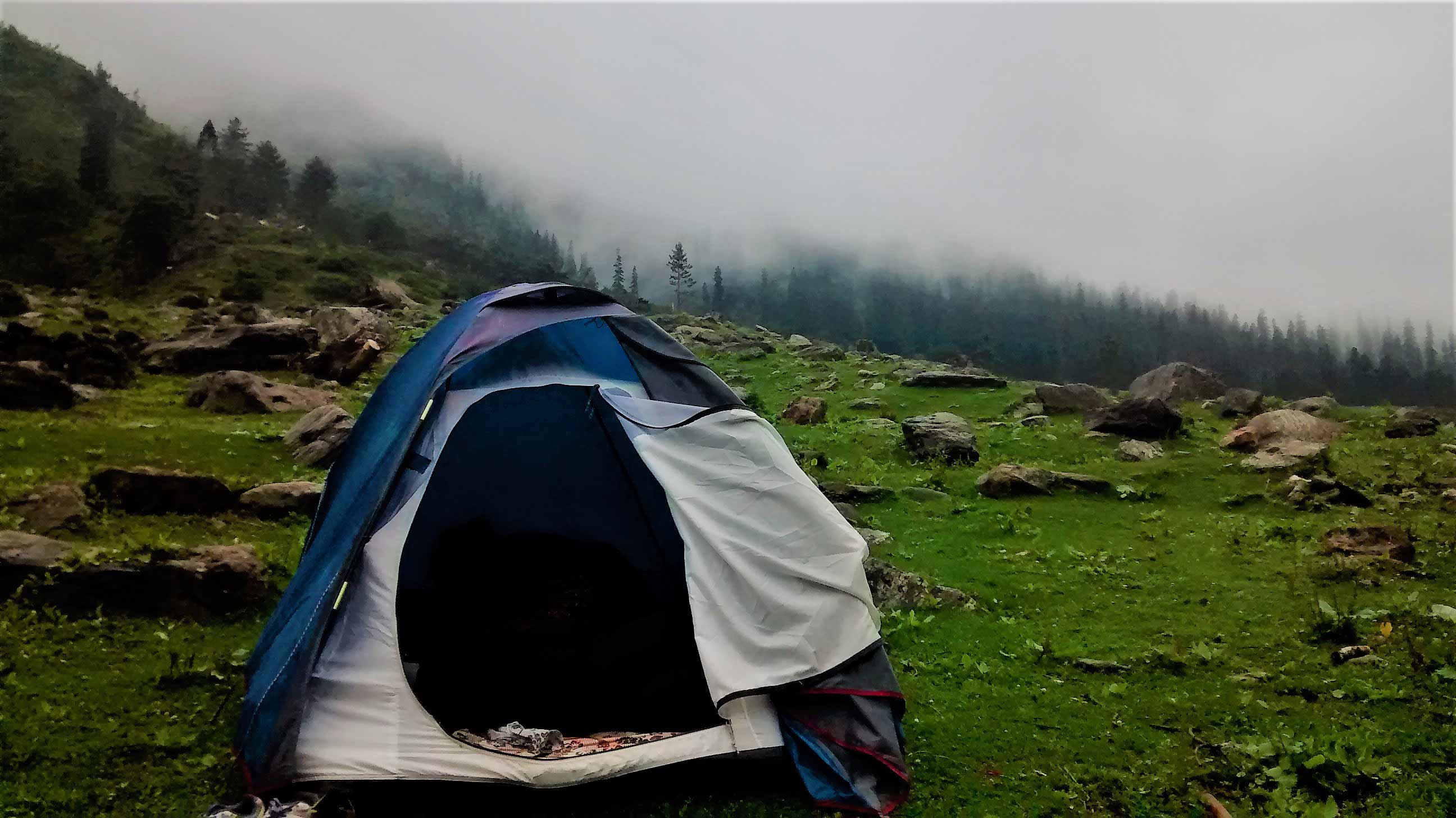 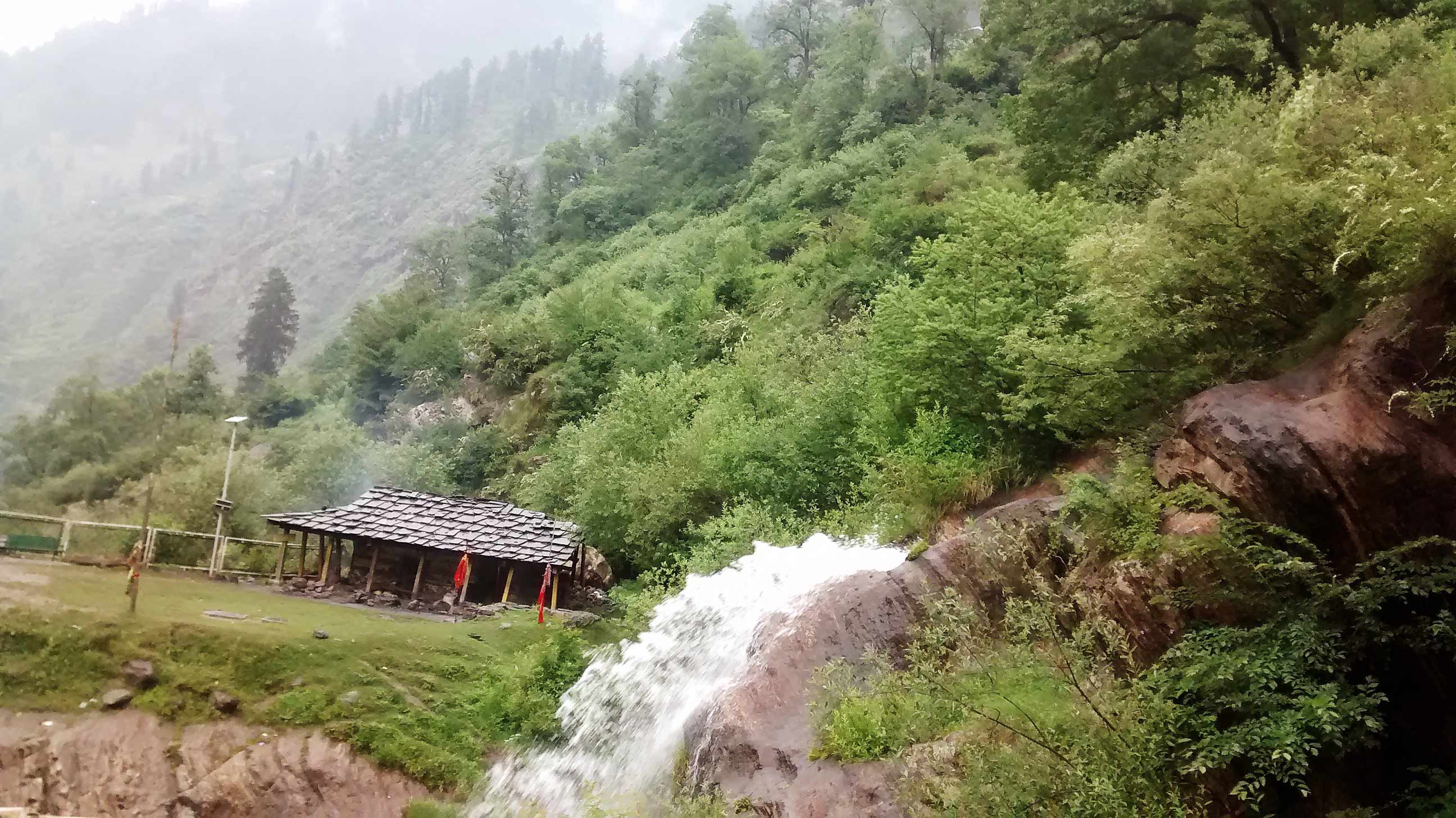 1st July : Today was the last day of our trek with destination Bijli Mahadev, After having last Bfast at Kasol we headed towards kullu valley for Bijli Mahadev, Reaching kullu we headed for a car ride in mountains for 15 kms , these mountains were different from what we were seeing is past 5 days , these were apple , --- orchids . The route to starting point of trek was all filled with Big orchids with huge tress of apples. From this place 3-4 Kms trekking to be done to reach Bijli Mahadev. After trekking for 2 hours, passing through thick forests, we reached to the ancient temple of Bijli Mahadev from where we got fabulous view of the entire Kullu valley. Spending some time at the temple then we descended on the back journey. 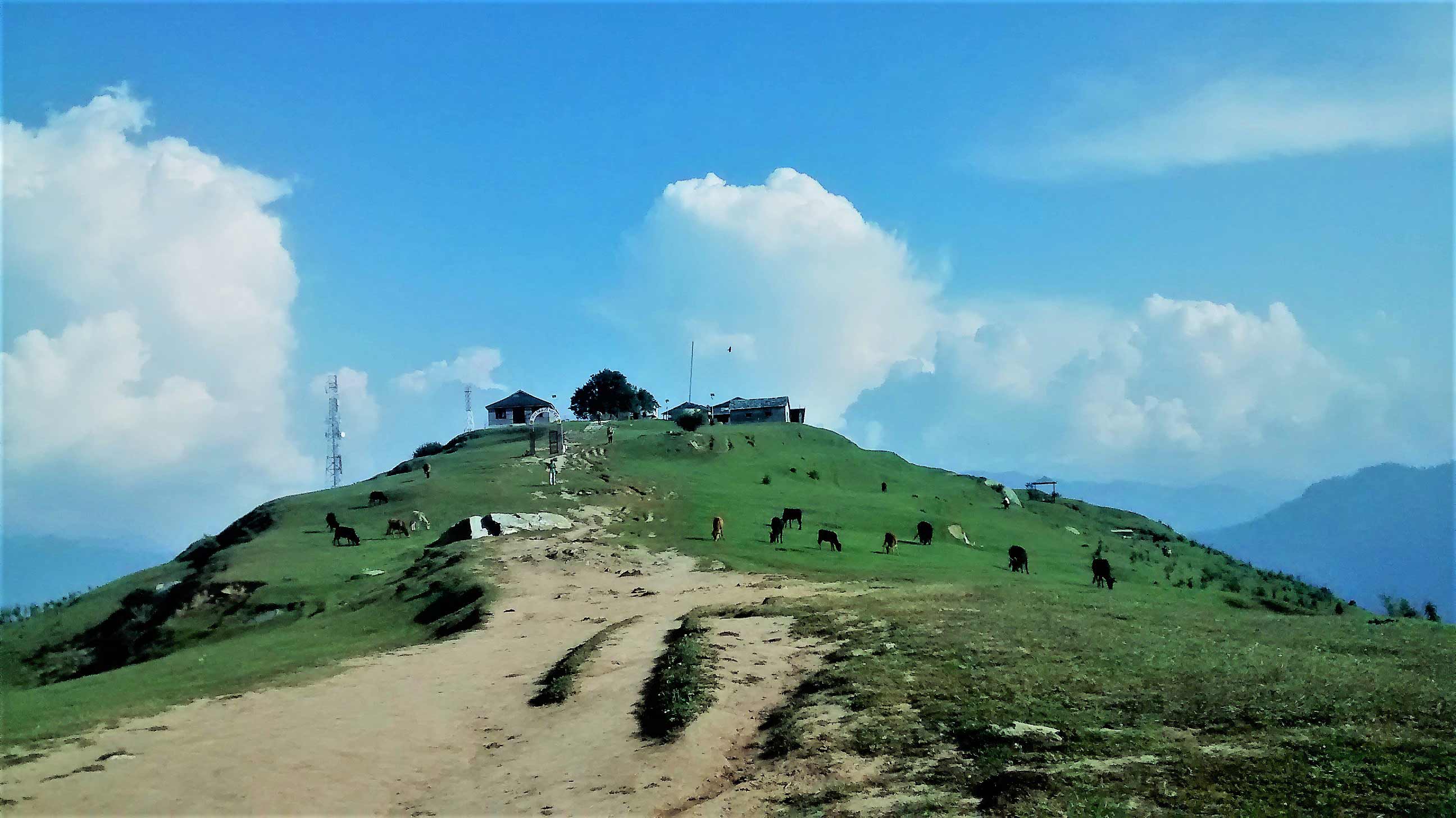 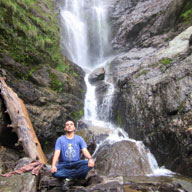 IT Consultant, who likes travelling and trekking and loves Himalayas. Read more