Whenever you read about the Har-ki-Doon valley, you read about the mythical (or ancient..I am not sure) stories of Mahabharata. It literally means valley (Doon) of Gods or Shiva (Har). The Swargrohini peak, The Yudhishthir saga of reaching heaven from there, the Duryodhana temple, a full clan of people wanting to declare themselves as the heirs of Duryodhan but what I never get to hear is the reason why Pandavas chose this peak only for their climb up to heaven. Why would the fact that history or mythology declared Duryodhana a villain, not affect one clan in the Har-ki-Doon valley, why don’t they start hating him?

History is strange and mythology is stranger, always projects the victor’s view as reality and truth. 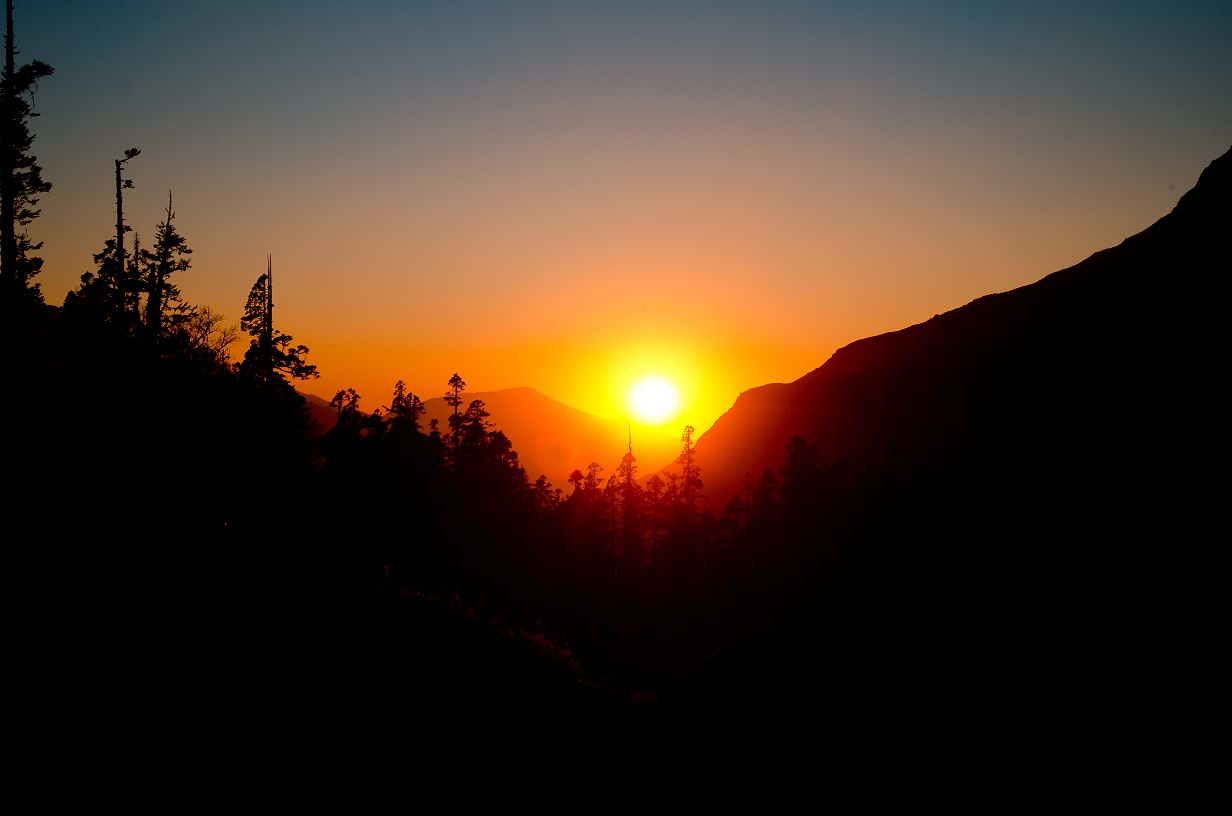 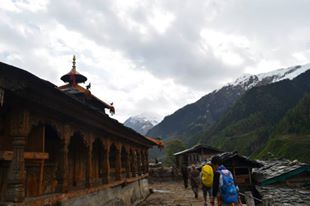 Let’s see what exactly the mythology behind this valley is. The story goes that there was a clan that was faithful towards the Kaurava’s (Duryodhan) that lived close to the currently existing village of Osla. They were so loyal to Duryodhana that they built a temple! Well may not have done that when he was alive like some of us have started these days but sure they did. We can safely presume that they (or the warriors among them) would have fought for Duryodhan in the war that mattered, Mahabharata. Now that’s just one part of the story; the second part is how Pandavas chose this valley in the complete Himalayan range for their final journey, to their final adobe. Mind you they had traveled many or should I say most regions in the Himalayan range and they could have chosen anywhere but they chose a valley where they knew a temple of Duryodhan exists and the clan is still faithful towards him? Did they have any guilt? Or was it their last war to conquer….the war with their guilt, the war they needed to survive, in order to attain their ‘self’. The legend goes that while all Pandavas started together but only Yudhishthir survived till the end. Well, it’s no secret that Bhim or Arjun was definitely more fit than him but they could not make it. Why? Did this valley throw some questions that they could not avoid and their guilt increases? Yudhishthir also had something he could not conquer and sacrificed one finger on this journey. A dog accompanied him till the end; this is no surprise as you see dogs tagging along even now a day on many treks. Something they like about this that we don’t get!

Well, I don’t have answers to the questions above. However, let’s now take a look at some of the features of this valley of Gods that make it majestic, to say the least. The valley starts from a small village Sankri and moves towards the Swargrohini peak@6252 mts with many small villages like Taluka, Ganghar, Osla, Seema, all having their homogeneous structures tied together with some sort of cultural glue. The valley is shaped like a cradle right on the border of Himachal Pradesh and Uttarakhand if you bother about the current political boundaries and an ancient trade route to Kinnaur valley if you are a history buff. The valley is connected through Borasu Pass@5450 mts to the Baspa valley. It boasts of certain attractions like Jamdhar glacier@3700 mts and Swargrohini peak towards the south-east, Ruinsara and Morinda lakes, Bonga peak, Black peak, Supin River, Fateh Parbat, views of Bandar punch towards the west, a great diversity of vegetation, and multiple thriving species of birds. Let’s take them one by one:

1. Vegetation – Well I am no expert of the botany but I do notice flowers and herbs that look different. I do ask about them, not always do I get answers from the locals but sometimes I do. This valley is rich in medicinal herbs (plenty of them) like Guchi, Nagchatri, etc but unfortunately Ayurveda has missed the ship of medicine in modern India, it seems. Most of these herbs are procured by the locals and sold off to mediating agencies that take these to China. People make big bucks in this business but the valley is getting devoid of the herbs with the money kicking in! These days you hardly find these herbs while in the past they were even used by locals as occasional veggies at home. The valley is also rich in Birches, pine trees, Bhojpatra – the same tree whose leaves were used in the ancient times to write on, Brahmkamal – a flower found only in high altitude lakes, similar to the lotus that we see on plains. 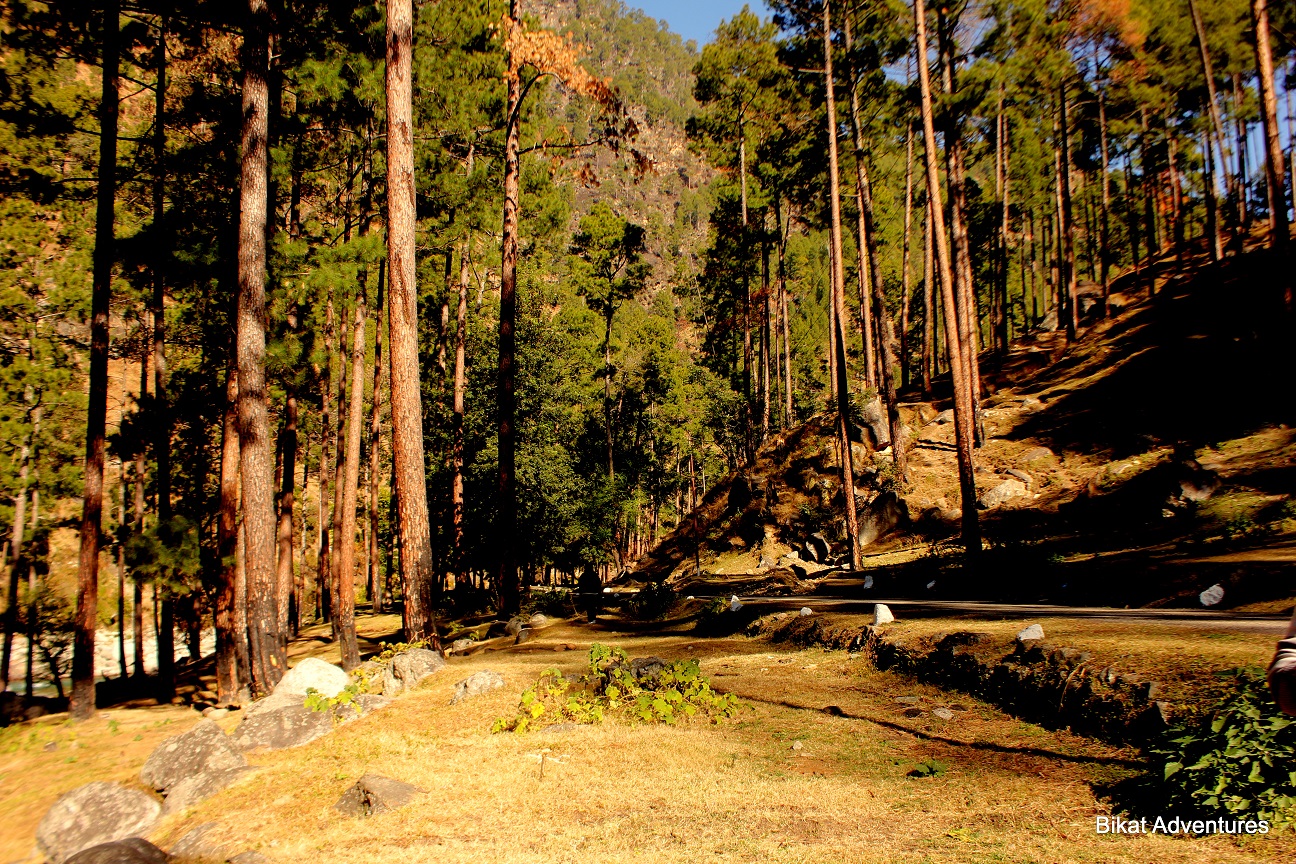 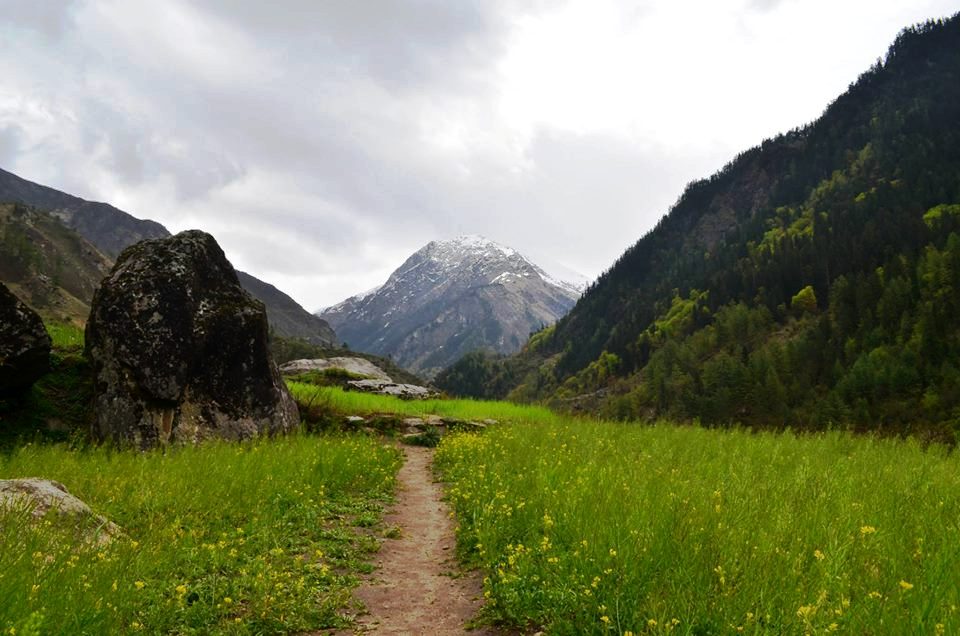 2. Peaks and passes – Fateh Parbat whose base is defined as the Har-Ki-Doon valley is placed at an altitude of approx 3700 mts. Jamdhar or Jaundhar glacier is another attraction that many come here to click with, placed at an altitude of 4300 mts, it’s a 10 km trek from GMVN guest house at HKD. Swargrohini stands tall as the most charming peak of this region (6252 mts). Borasu pass that connects to Baspa valley stands at a height of 5450 mts. A little diversion can take one to the Bali pass @ 4940 mts that crosses into other regions of Uttarakhand. 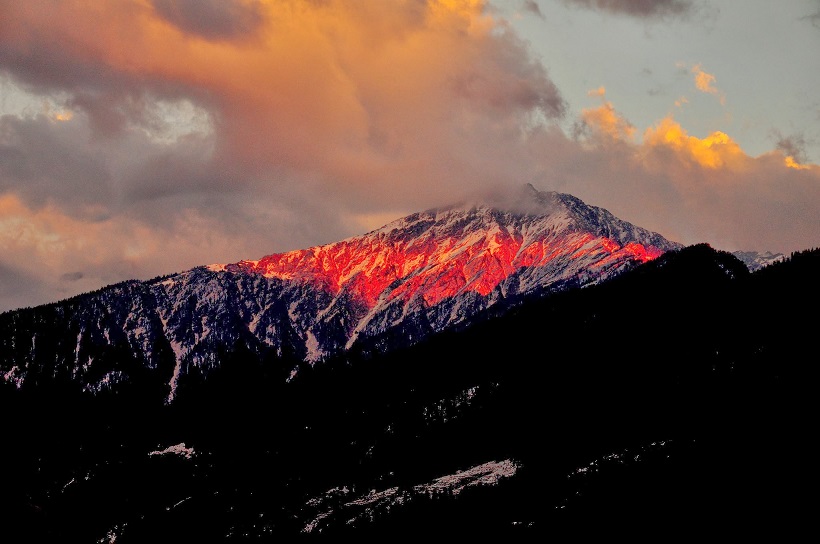 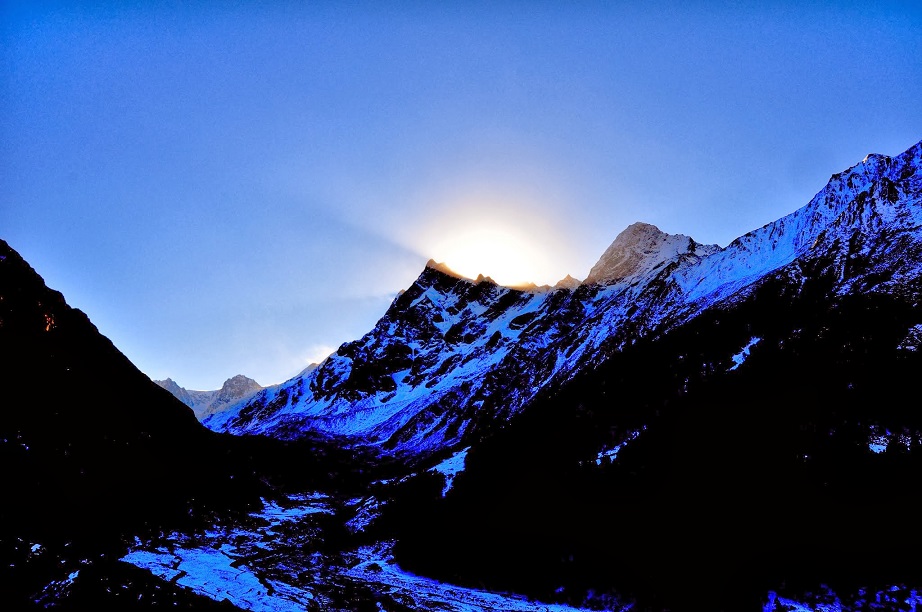 3. Lakes and rivers – Supin River starts to accompany you through the valley from the very beginning in Taluka. Ruinsara lake is another famous high altitude lake in this area situated at 3613 mts giving birth to a river called by its own name – Ruinsara flowing towards the Bali pass side. Morinda taal is another lake surrounded by beautiful Brahmkamal that is just 3 kms away from the main HKD camp site. 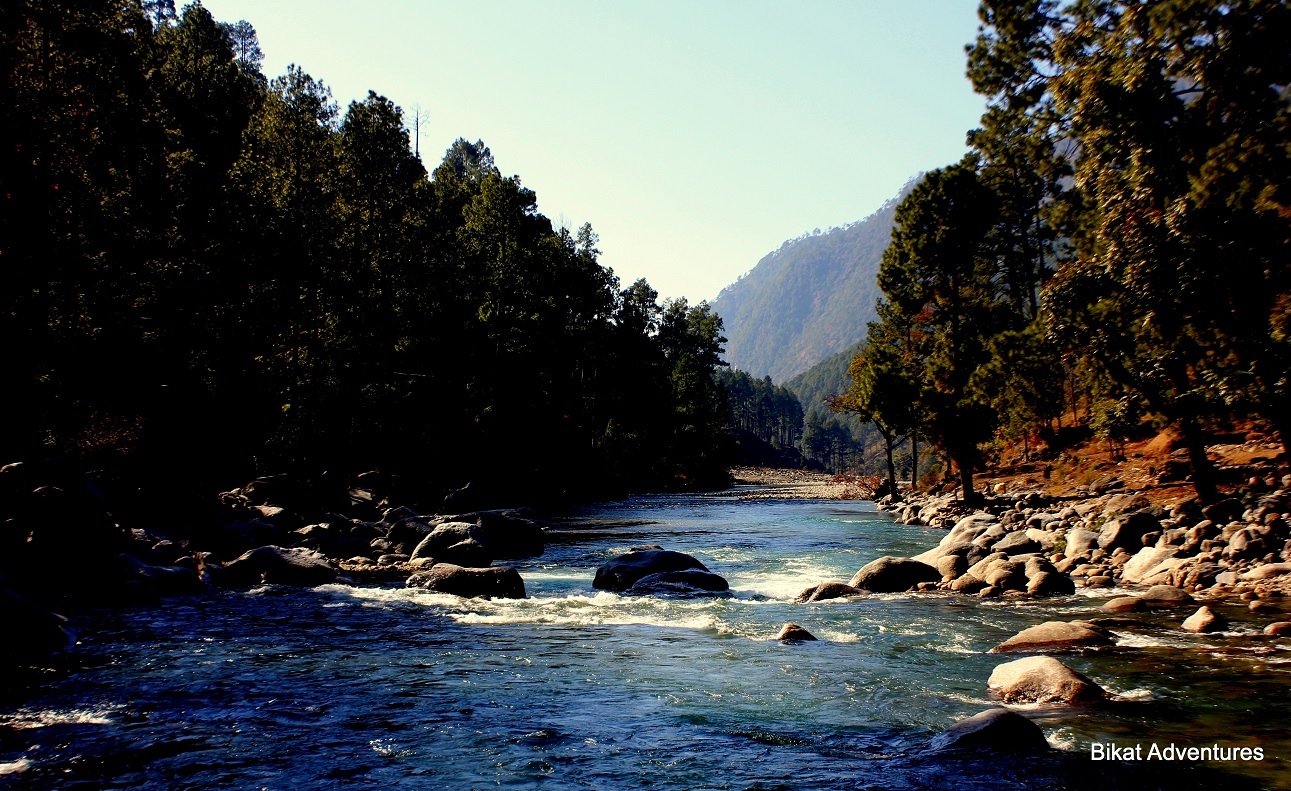 4. Birds and animals – Well if I start counting the list it would be endless. So I take a few names here like the Monal, Rose finch, Redstart, Bearded vulture (all birds) and Brown beer, Musk deer, Koklas pheasant to give you a hint that the region is extremely rich in bio-diversity. Rest I leave on the passionate people to search for more species. People around here love their birds and animals which is reflected in some of the heritage that they carry. 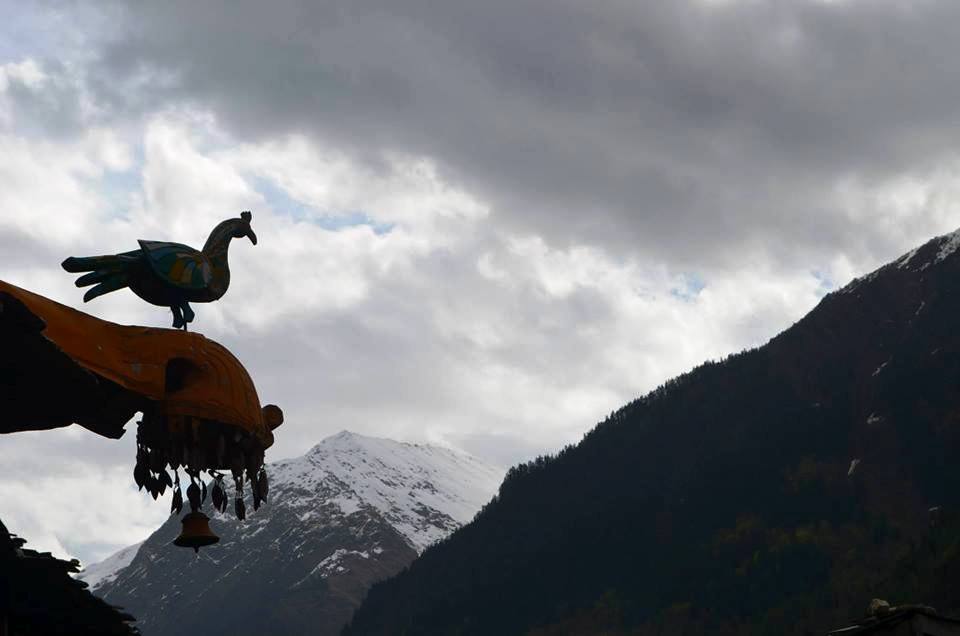 Now lets get back to where we started, the questions. I detailed the beauty and richness of this valley to demonstrate my logic behind two points that I strongly feel about

1. Confident Tribe: The richness in nature here (that too from all angles like geography, biodiversity, beauty, resources like water, wood, medicines, food, and connectivity to other regions for trade) would have made the tribes of this region very secure in their minds. They are confident men and women and you can feel it if you talk to them. They still don’t want houses in the so-called more “developed” regions of the earth. 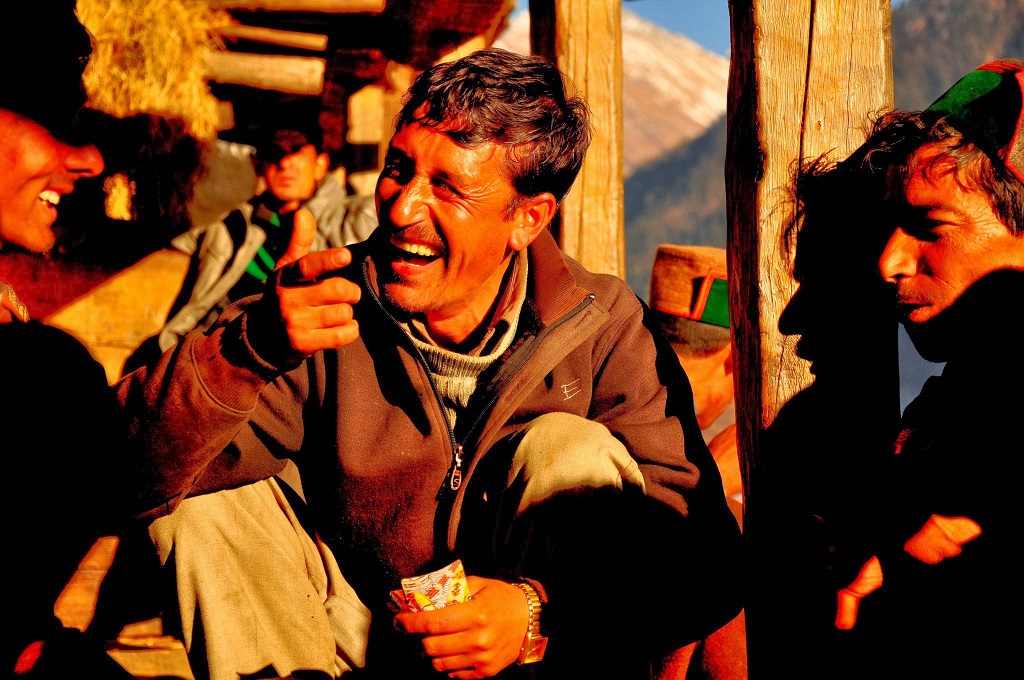 2. The attractiveness of the Beauty of this valley is extreme: What looks like heaven, can only lead to heaven. I have been here twice and we, me and my friends, often talking about settling here. Not that I have not been to another valley as beautiful but there is something about this valley that makes it extremely attractive: the wine of these villages hit you more, the women here have more charm, the men look stronger…I am not sure about what exactly draws me here but it’s just the right combination of all aspects of beauty that makes HKD a perfect valley. 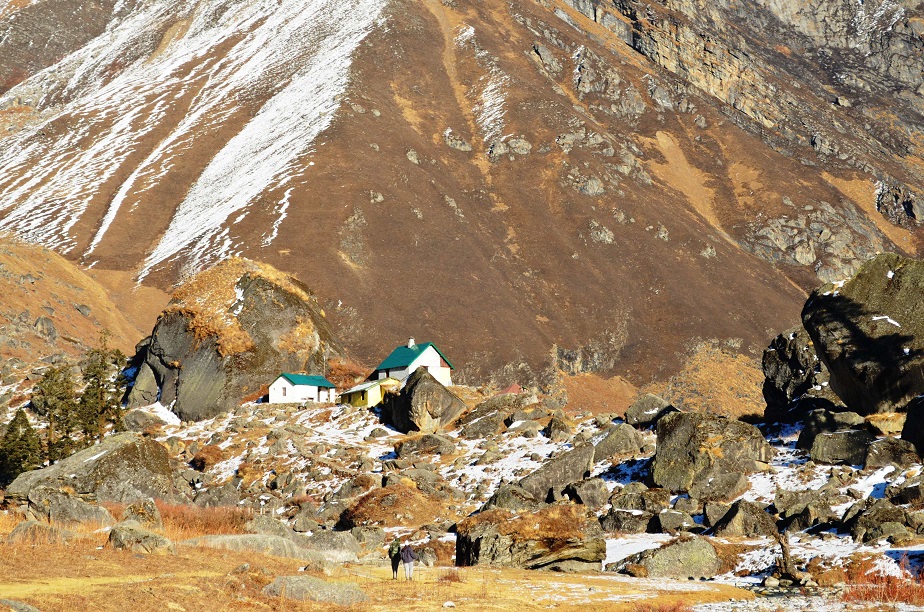 Now, why do I drive these 2 points? Here I propose a hypothesis that Pandavas might have also chosen this valley for precisely the reasons above. The beauty would have naturally struck them but more importantly they would have felt that the guilt can only be conquered by facing the confident and fearless tribe of this valley, the tribe that can ask them difficult questions despite them being the declared kings of the land, the people who can challenge them with a real victory… a victory over their doubts, a victory over their guilt! As I clarified, this is just my hypothesis! In any case, I might just contribute to the folklore or the myth only.

Well whether this blog gives you more to think about when you go there next or not, it should at least give you facts about the extensions and newer regions that you can explore from Har-Ki-Doon.