Dayara Bugyal : How I Met The Mountains!

To my surprise, I never imagined even in my rarest thoughts that I can enjoy something like trekking and the whole credit goes to the Dayara Bugyal Trek!

It was that perfect cup of tea for someone who is taking the first sip of tea.

The journey of a thousand miles begins with a single step - Lao Tzu, and Dyara Bugyal was my stepping stone! While walking on the trail, I couldn’t even think that I will be able to complete it and it felt like I have bitten off more than I can chew!

The most shocking fact was that I really didn't want the trail to end! Mountains really touch your soul in the most spiritual manner!

And you know when you have encountered something so likeable in life, you’re not gonna stop for anything! It took a lot of hard work and valor before going on the trek than on the trail itself and the reason for that simply is the mesmerising beauty of the path that I was walking on. 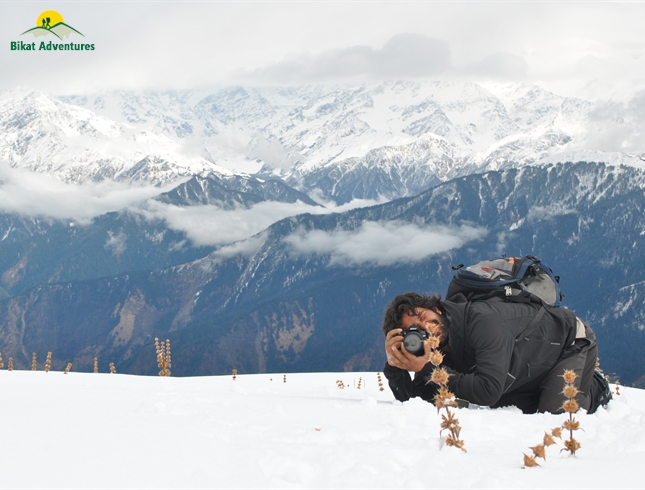 People say it’s never too late for anything but the view made me disagree as the wait suddenly felt too long.

Starting from the 4 km wide range meadows to the dense Pine and Oak forests coupled with the miraculous view of the mighty Black peak and Bandarpoonch peak, every minute on the trail felt worthy! 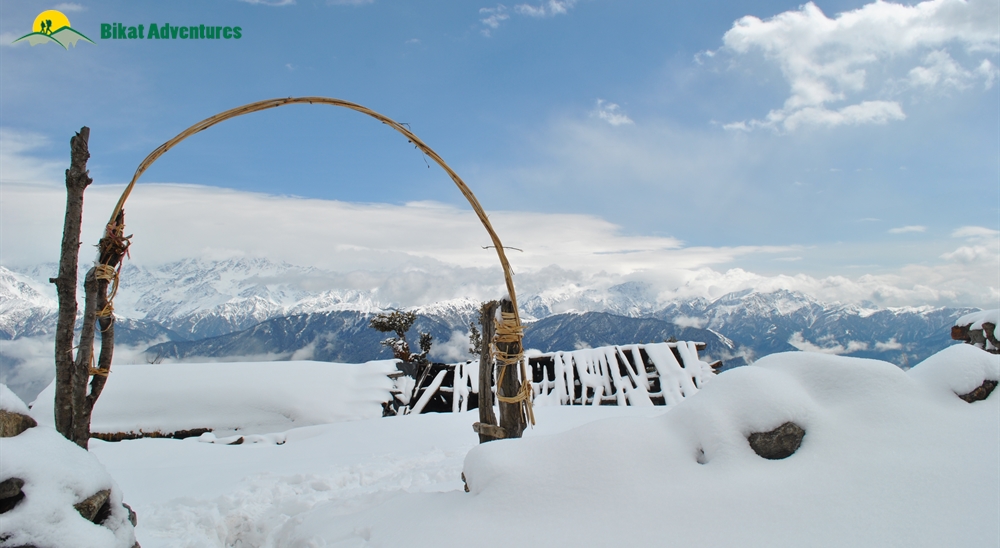 However, it is too difficult to describe that amazing feeling in words but I would still go and tell you why Dayara Bugyal trek can be your next life-changing experience!

1. The unlocking of the trekking world

As for someone like me who has never been on a trek, this was way more than I expected, however, when such admirable incidents happen with you, you really can’t verbalize the feeling. That’s the kind of rush you feel while heading on to this trek!

Every step that you take, will make you realize why the Himalayas are referred to as the Paradise! The boon of waking up to a mountain is the blessing that Dyara Bugyal gave me! All an all, this trek is different from others as it is good for a new-born trekker and also doesn't disappoint an experienced trekker. So if you think you are missing out on something in life, then surely you are!

2. The tail of an unconventional  trail

As a person, one might be very social and loves to hop on every trendy place, but when it comes to walking on a trail, everyone prefers it to be spotless with the crowd. Moreover, how exciting it is to only spot your own campsite and just the mountains?

This trek gives you the freedom to complete the love story of you and your travel junkie (at peace).

Did you know Bugyal means Meadows? And a trek that has meadows in its name will surely not disappoint you on that factor.  You just walk and walk and suddenly, the meadows make you stop and stare at them. There were meadows all around me just like I was wrapped in them!

And before you know it, It will become the favourite view your eyes want to see!

101 tip:  Keep your camera and phone battery charged because you won’t be able to resist capturing them.

4. The mix of assorted forests

Oaks, Maples, Rhododendrons, Pines and the list continues! To spot such a diverse amount of trees on a single pathway is like a bonus. Uttarakhand has always been the prime location for these hybrid forests but folks what Dyara Bugyal can give you, other treks can’t.

Seeing such variety around you on any beginner trek is rare! The Perk here is when you trek in winter, these forests look no less than a white parachute with a splash of green on it! 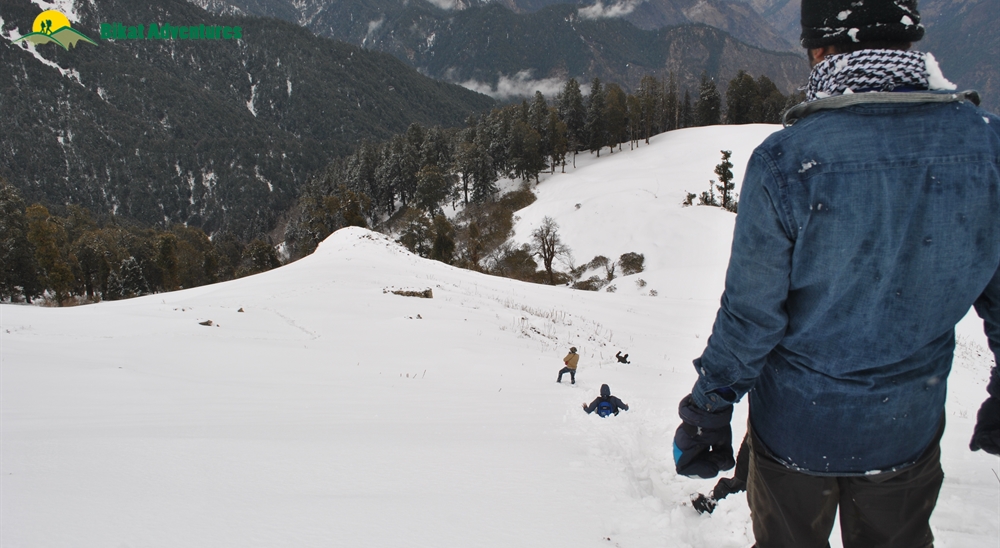 5. The Packet of Peaks

While you are walking in the majestic forests, and far away a Breathless view is waiting for you. The moment you reach there, you’ll plainly get confused, was that more beautiful from where I came or where it dropped me? That is the artistry of this trek where every print of nature leaves a long-lasting effect on you!

Ohh, Did I mention the no. of peaks you will witness? Starting from Bandarpoonch, Draupadi ka Danda, Shrikhand Mahadev to a lot of  Gangotri peaks, Dayara Bugyal is the answer to all these peaks.

6. The crystal carpet of snow

Although Dayara Bugyal is an all-seasoned trail, winter is like icing on the cake, where you get to see the hidden glow of this trek! As I cross the path, I witnessed how the lush emerald green meadows changed into a twinkling bed of snow and trust me, this is one such change which is constant during winters!

Dayara Bugyal is a trek which should not be missed by any trekker! It is just like an esoteric pearl worth buying! 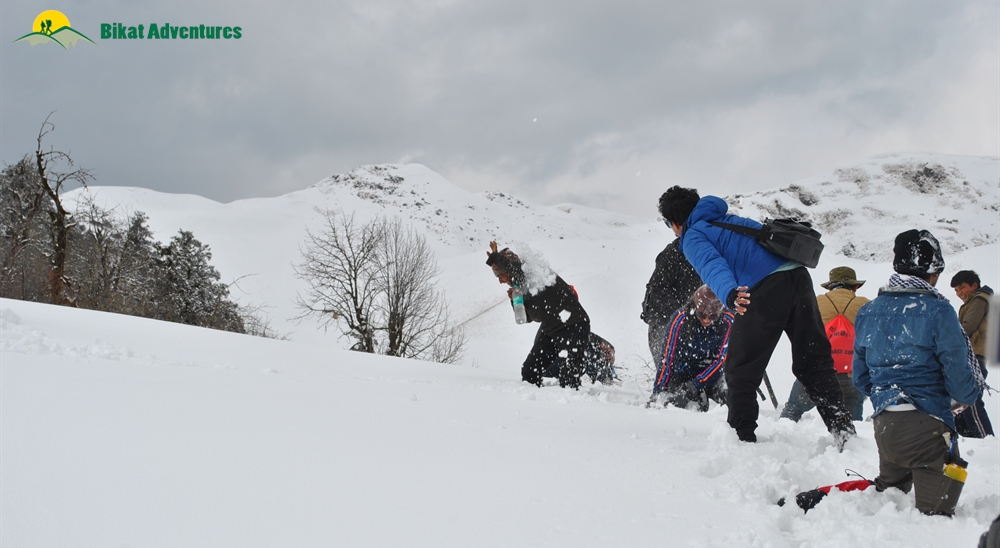 Hopefully, I was able to do justice to the view Dayara Bugyal offered me. Frankly speaking, compared to other delightful treks that Uttarakhand has to offer, Dayara Bugyal has no match for them, It's that deadly combination which never fails (somewhat like Maggie and Hunger?)

After coming back, I can fully understand why Dayara Bugyal can be called a hidden gem of our very own Devbhoomi.

I could never figure out why people are so crazy about Mountains? I mean there are blue beaches, glittery metropolitan cities but why mountains get so much attention? 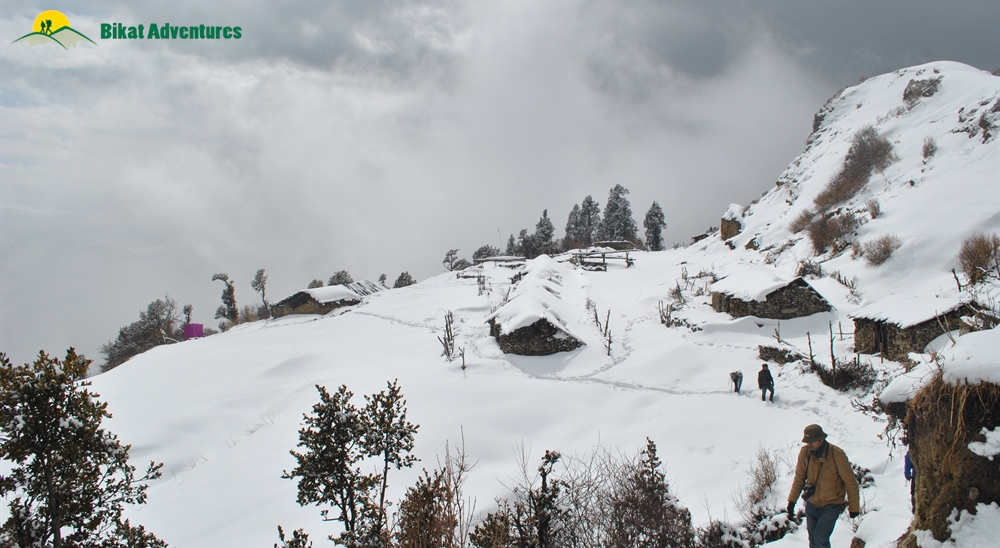 And Dayara Bugyal gave me the answer, and now I can say these Mountains have a lot of liveliness in them and they just pass it to their visitors!

If Dayara Bugyal can make a non-trekker fall in love with trekking, then it holds a lot of potentials to sustain that love too.

Next Read: Winter Hiking tips and tricks: Points to remember 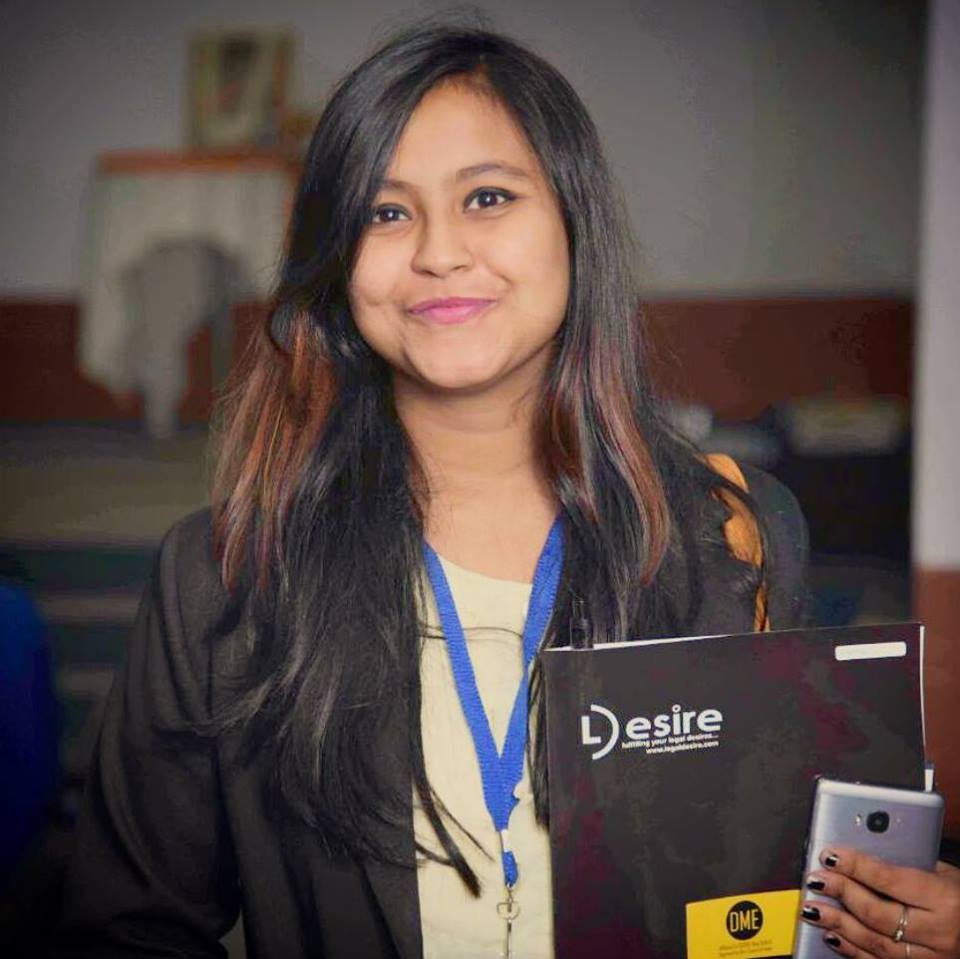 A Nature Lover and a writer by heart! and will love to bring about a change in the world through the Read more