The end of the beautiful Chadar Trek 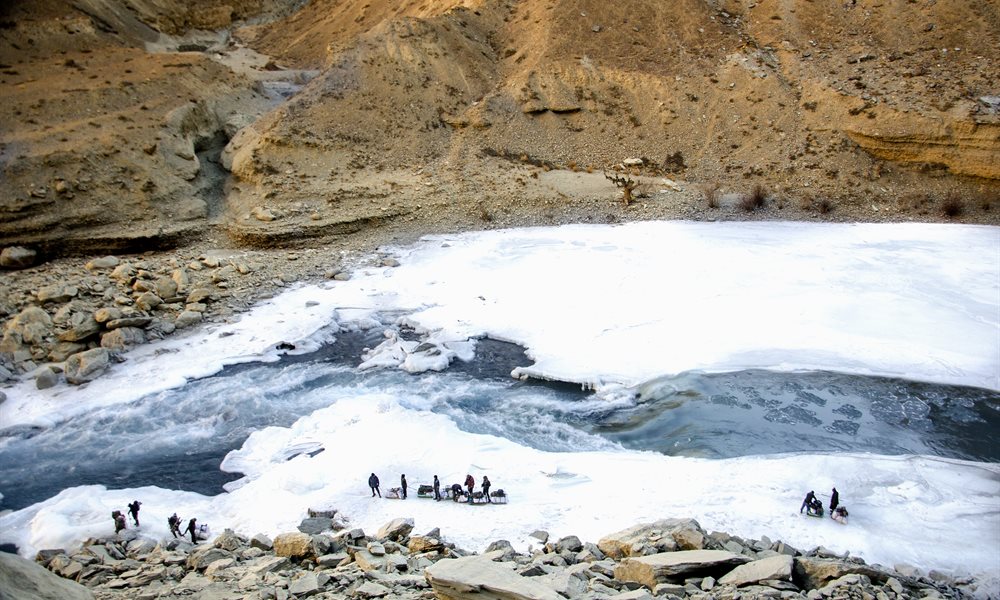 The end of the beautiful Chadar Trek

Sometimes when things are falling apart, they are actually falling into place. Why I say this is because Chadar trek may be coming to an end for the outside world, but it’s the beginning of a new era for Zanskar region, whose people have been forced into exile for generations.

In a place frozen in time, where death lurks at every corner, and temperatures drop below humanity level, Zankari villagers have been surviving for decades.

A little bit of history: Sipping a hot cup of gur-gur chai, our guide Tujkzey Tashi from Zangla village goes back the memory lane and describes what it was like a few decades ago. How his generation and the generation of his forefathers, commuted back and forth to Leh, walking for days on the frozen Zanskar river and slept in caves to survive the nights. They didn’t have sledges or sleeping bags back then, nor did they have the money to buy expensive warm clothes or shoes. Everything they owned had to be handmade using sheep wool and goatskin. And everything had to be carried on their backs.

It was and still is, a matter of survival.

The frozen river was our lifeline to reach Leh, says Tashi. During winters, we would get cut off from the world for months, with no source of income. The government provided us with free ration (rice, cooking oil, flour etc.) to support us (and it still does), but we still needed money for other necessities. So, we'd commute to Leh to sell goatskin, Yak butter, copper utensils and bring stocks for survival on our way back. It’s a 145 km walk, which was part of our routine. And not everyone survives the ordeal. We sometimes returned home with the bodies of our brothers or our neighbors, who lost their lives to the river or the cold. 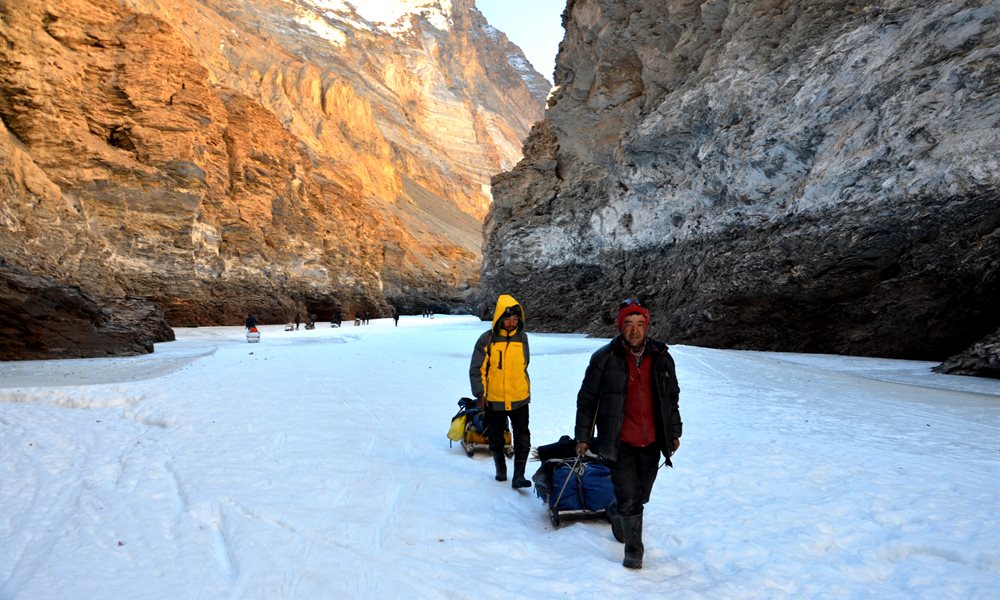 But life goes on:

Like wildflowers, Ladakhis have flourished and grown in places no one ever thought life could exist. Nothing seems to dampen their spirits - nor the harsh weather or the disconnect from the rest of the world.

They still uphold their traditions and celebrate life through various festivals, even in the most cut off locations. 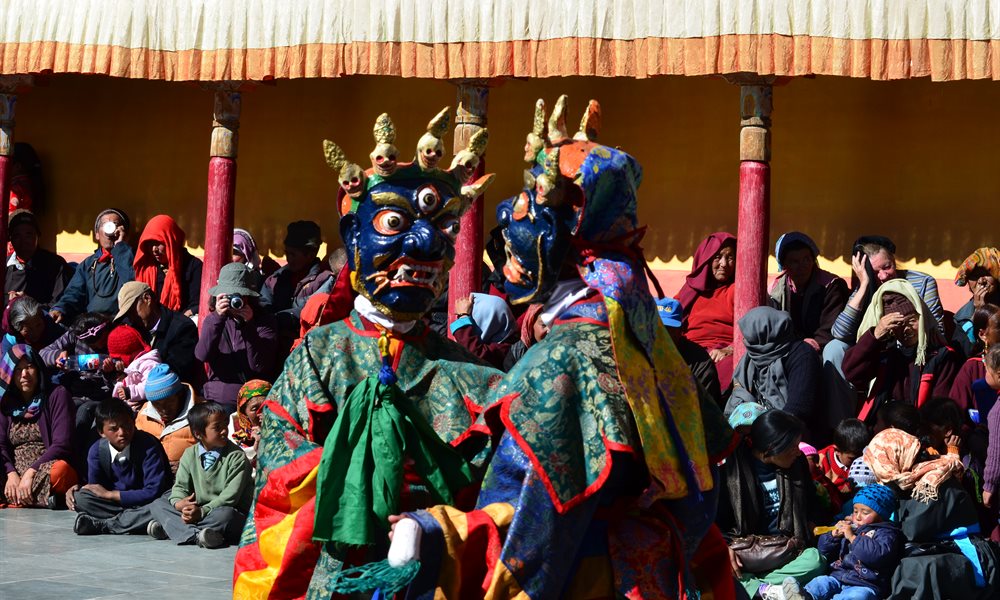 The implications of the new road on Ladakhi families:

The ongoing construction of the Zanskar Highway brings a ray of light to the Zanskar region. Construction workers are working relentlessly in harsh weather conditions to complete the project. Although it would take a few years for it to reach villages like Padum and Zangla, it brings the hope of a better life and access to resources to Ladakhi families living in those villages.

For tourists, this means different things. It means the Chadar trek may come to an end since the road would allow anyone and everyone to step on Chadar for a day’s hike or an overnight camping trip. The peace and quite that prevails in the valley will fail to exist. There will also be tourists camping on the banks of the frozen river with booze and loud music, making it worse. Until we hear more from the government about the rules and regulations that will be put into place, it is hard to foresee the fate of Chadar.

But it makes me extremely happy to know the magnitude of change it would bring to the families who have been living a harsh life for years. The trek is not as important as the families stuck in remote villages on Zanskar.

And on that note, I end this post and request everyone who is planning on doing this trek in the next few seasons to be respectful of the river and not pollute the source of life of hundreds of families living in Zanskar.

Watch snippets of our conversations with the locals in the video below:

The most dangerous walk to school:

The journey, which is now a luxurious trek for tourists, was our way of life. We’d make the journey not just to sell goods, but also to send our kids to boarding schools in Leh, says Stanzin Chongme, another local guide. We understand the importance of education and wish for better lives for our kids. There are other fields than farming waiting for them. We’d piggyback them or make them sit on our sledges and lure them with dreams of candies and warmth in Leh. By the end of the journey, their cheeks would crack and the innocent faces seem scared due to the harsh weather. But it’s necessary, and it’s for their future we do what we do.