The treks that have history associated with them generate a special interest in me. It is like discovering an old lost story and living it again. When I got to know my next trek is Parang La and I did a little search on the internet, my excitement for this trek multiplied.

The trek generates excitement for living the history right from the start. It starts in Spiti, which has a history of being under the sea, millions of years ago. 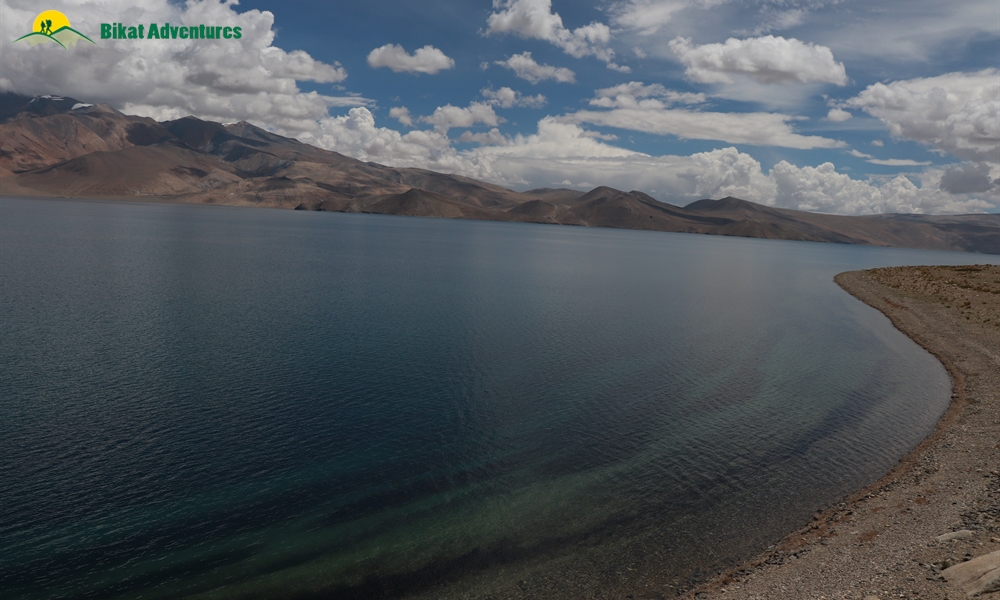 About 50 million years ago, Eurasian tectonic plates collided with Indian Plates resulted in the formation of Himalayas. The collision between these plates resulted in the closure of Tethy’s sea that was located between the two. It is said that the fossils of marine animals of Tethy’s sea are found at Spiti Valley. Langza Village at Spiti is in fact famously known as ‘Fossil Village’. You can spot children selling fossils for Rs. 50 per piece. Now that is in the village itself, but you may also discover fossils on the Parang La trail as well. We took a small acclimatization walk at Thaltak and found many such fossils of marine animals. 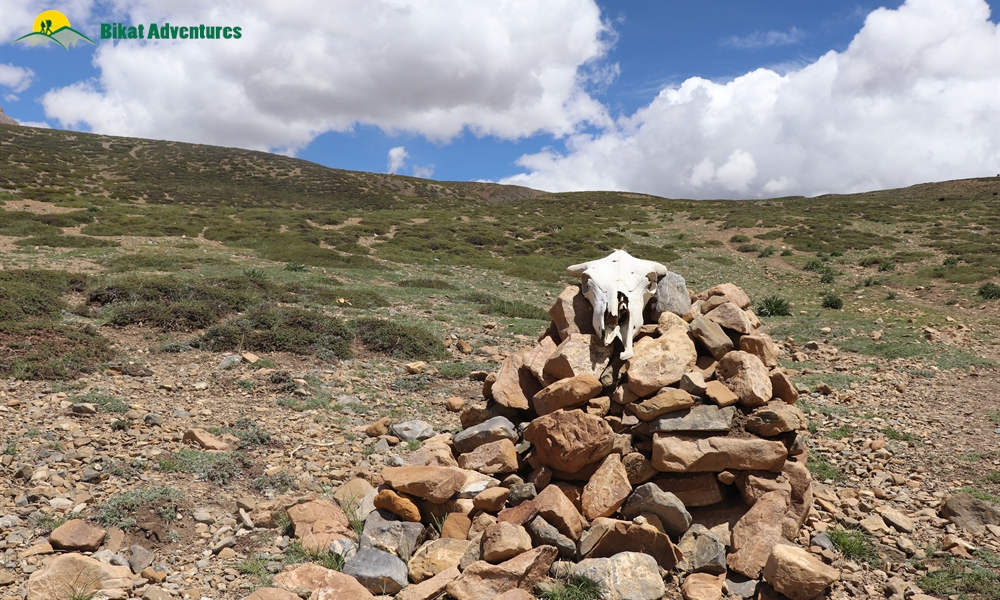 The history was already revolving in front of my eyes. What’s been taught in schools about the formation of Himalayas, the fact that it was all under sea million of years ago, I was watching the proof of it with my own naked eyes. Awestruck by the wonders of nature, I excitedly entered into the trail that made its mark in the history of one of the extensively used trading routes.

Ladarcha fair is quite popular in the upper Himalayan region even now. Earlier the fair was conducted at Ladarcha ground that lies to the right side of the Parang La trail near Dumla. Later the fair was shifted to Kibber ground, and nowadays it is held at Kaza.

The roots of Ladarcha lie way before 1962, post-Indo China war when trade used to happen between Himachal and Tibet. The festival suffered a great deal post Indo-China war and was revived again in year 1980, and since then it has been flourishing every year. What started as a means of livelihood, nowadays has become a major festivity for the people of Spiti and Ladakh. 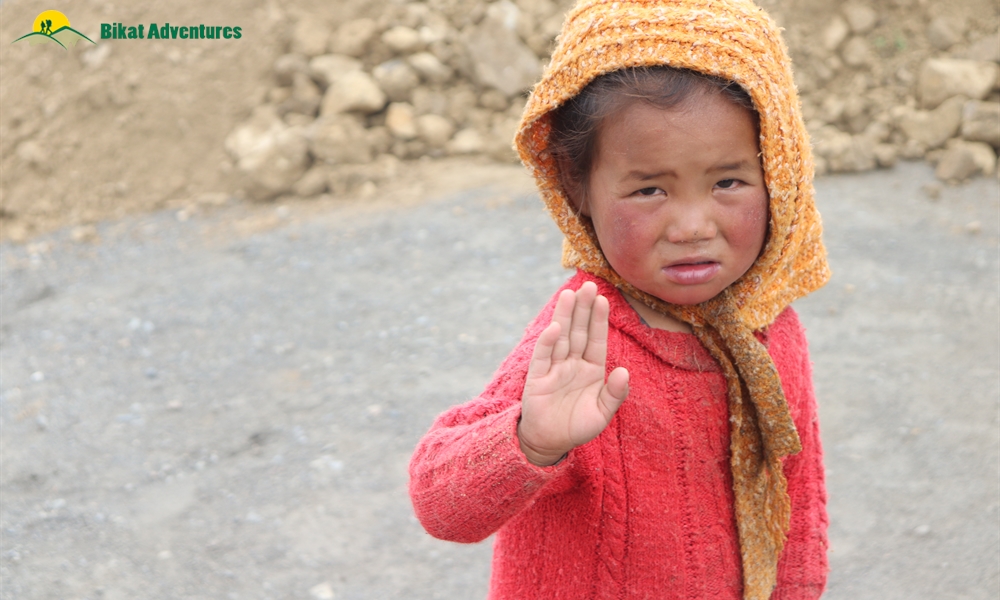 In medivial times, people from Ladakh and Spiti use to traverse along the Parang La valley to meet at the Ladarcha ground to barter their goods. Ladakh was short on food supplies due to uncultivated land, and Spiti people had less means of income. People from Chumtang Tribe of Ladakh use to barter their yaks for food. That way, Ladakh used to meet its food supply needs, and Spiti people used to sell yaks to earn some money. What started as barter system to meet basic needs has now become a popular festival which is eagerly awaited every year. The trade has become a popular ground for the displaying and selling of handicrafts, local spices, dry fruits besides the common wool craft and livestock. The selling and purchasing is also accompanied by a lot of fun activities like horse racing, dance performances and live music. The Ladarcha trade has undergone tremendous modification over the years, but the roots of the barter system are still there. 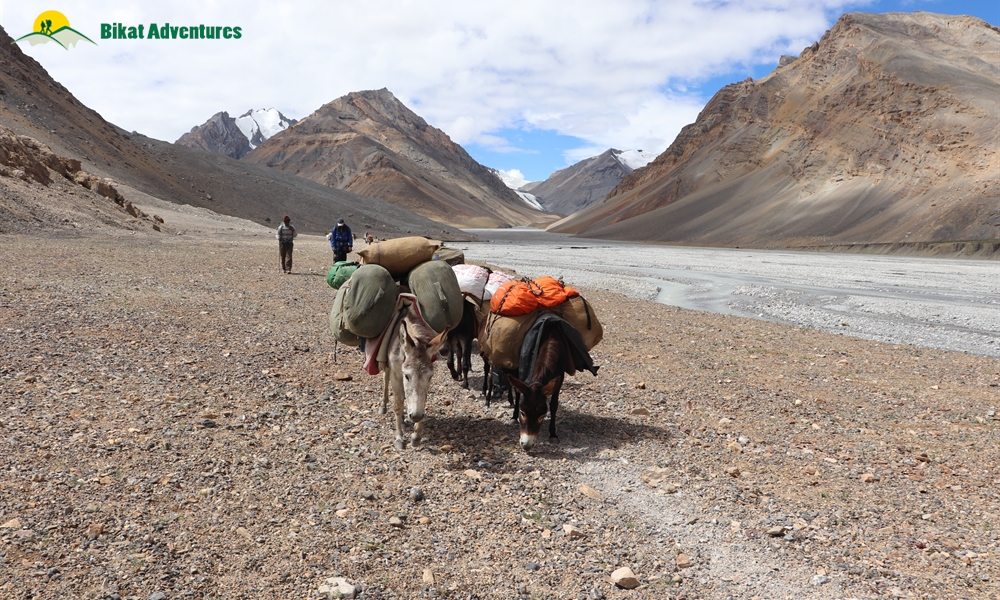 What we take as an adventure activity in today’s world, trekking at Parang La, for nomadic people it was means of their bread and butter. Nowadays we have gear to negotiate such challenging passes, we used crampons to cross the glacier, have ice axes, ropes and all other safety measures. We had waterproof tents, but all these were not available back then when trekking on this route was rather a necessity unlike today’s craze. Anyhow, I consider myself to be very lucky that I got a chance to relive the past in its own way. After all, not many people undertake Parang La trek to satiate their desire for adventure.