Situated at an altitude of 4750M (15600FT), Kedartal, also known as Shiva’s lake is a glacial lake situated in the Garhwal Himalayas. The Kedartal Trek, starts from the holy town of Gangotri and the trail takes you through some of the most challenging terrains, spider wall, landslide-prone areas but eventually to an emerald blue lake surrounded by the likes of Mt Thalay Sagar (6,904m), Meru (6,672m), Mt Bhrigupanth (6,772m) peaks all of which make this trek worth undertaking. This trail takes you through the valley of gods, so surreal and serene yet testing your trekking skills. This write shares some interesting facts about Kedartal. 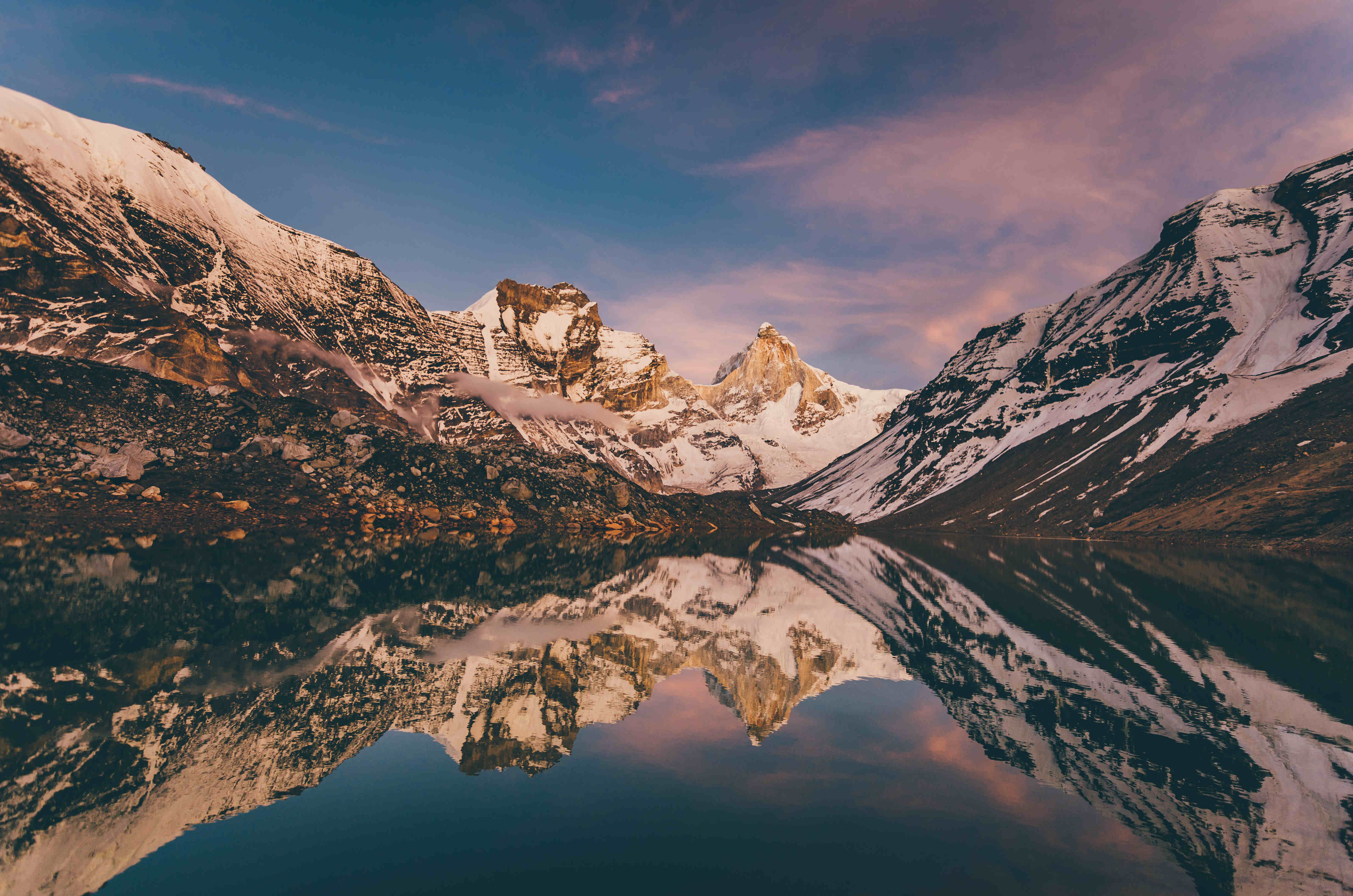 1. The challenges of Kedartal Trek

Though considered as a moderate trek, Kedartal trek will test your limits and put you through an absolute journey to reach the crystal glittering lake. It is a perfect adventure for adrenaline seekers and for trekkers up for a challenging trek.

1. Traversing the infamous Spider wall of Kedartal trek, a 60 degree tilted stone that will keep you on your toes.

2. Steep ascent during the trek taking you higher and higher.

3. A non-existent stretch of the trail due to a landslide needs you to be creative in order to figure out a way to go past it…Read on 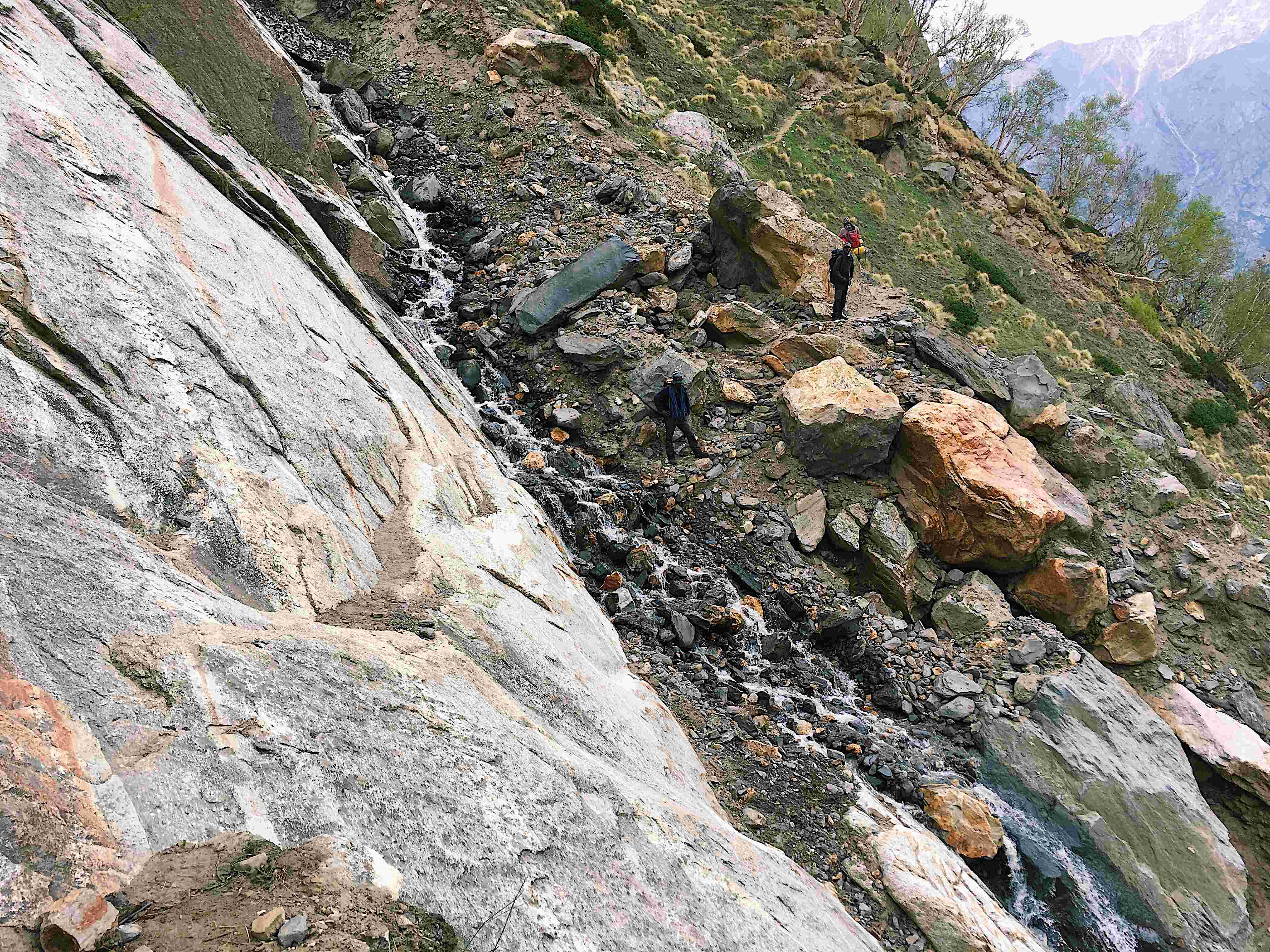 2. The ultimate reward of Kedartal Trek

Day 3 of your trek takes you to your reward, which is the emerald blue, crystal clear lake of Kedartal which is fed by the snowfall over the surrounding mountains. Considered as a true gem of Uttarakhand, the challenges faced to reach this lake is immense and spectacular. This trek will be a story of your life waiting to be shared. Here is the ultimate reward of Kedartal.

1. Jaw dropping sight of the Kedartal lake from the ridge viewpoint.

2. The strikingly jagged, snow-laden facade of the great Thalaysagar glitters with astounding power and height.

4. The unyielding peaks rise all around the lake…Read on 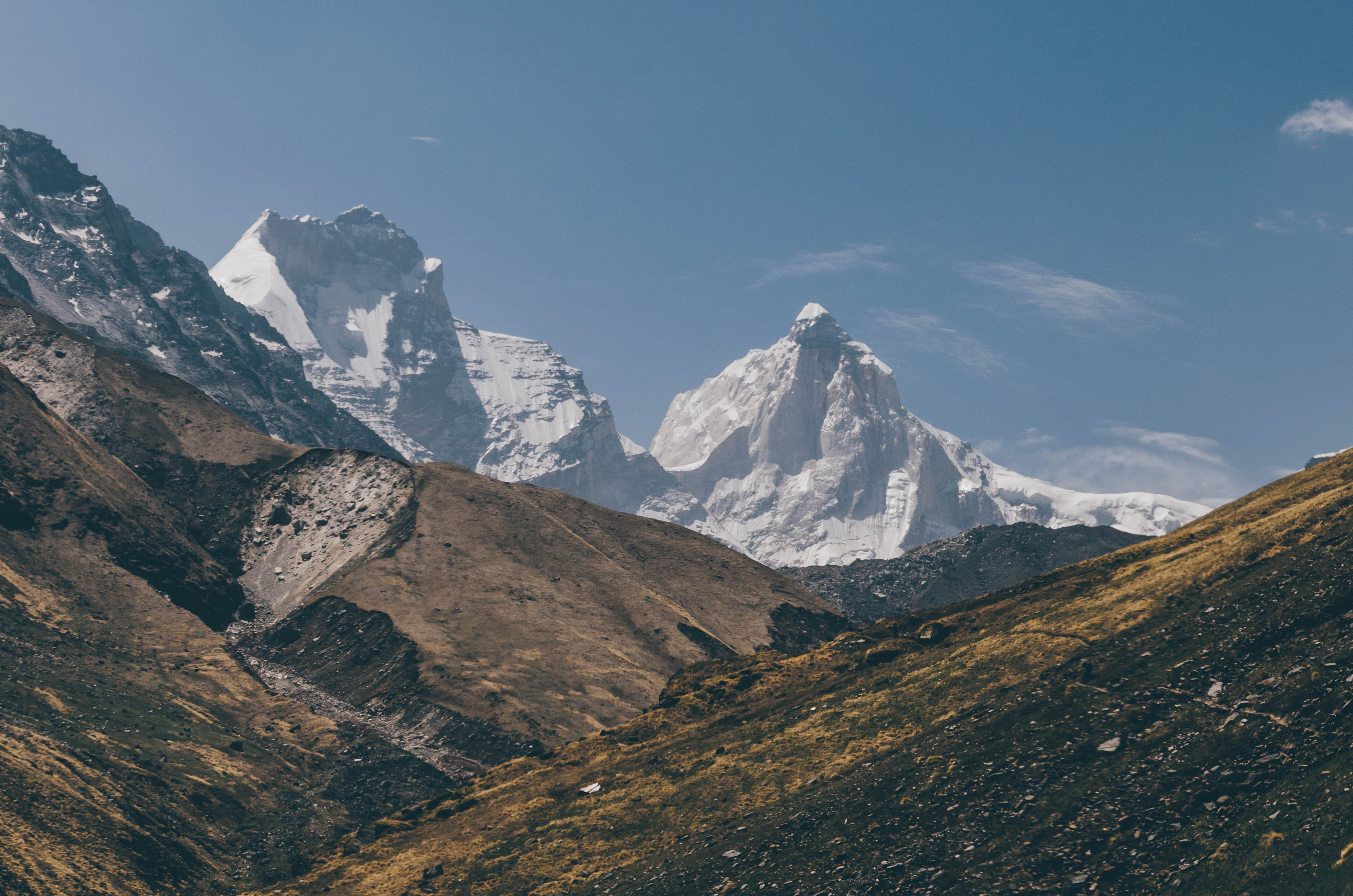 3. Why Kedartal trek is high on ROI?

Apart from sacrificing the comforts of your bed, spending time and energy, and gasping for your breath, the Kedartal trek gives you back in heaps. Four such favorites are mentioned here.

2. The sights during the trek

4. Remoteness and pristine condition of the trail…Read on 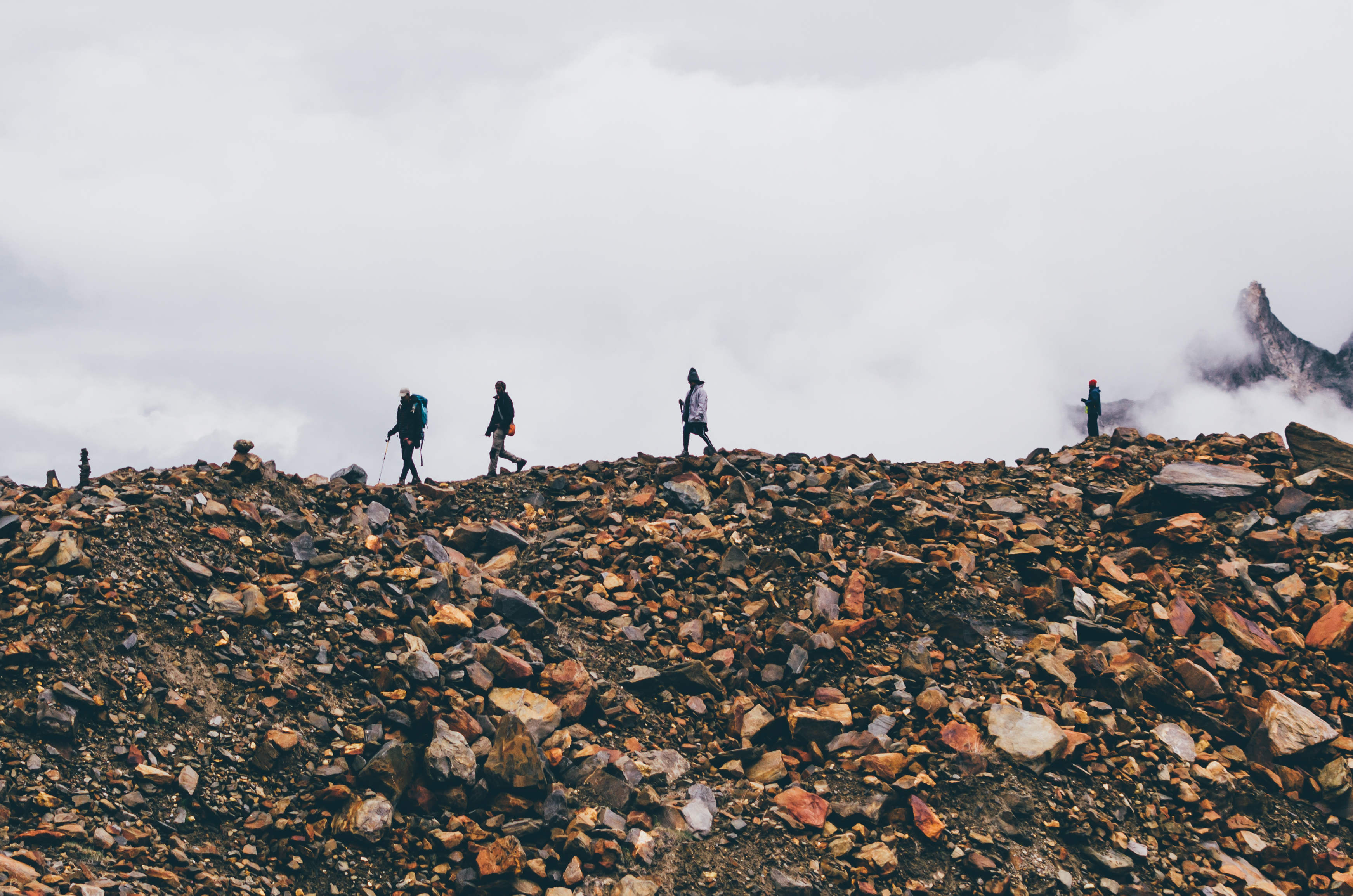 4. Why is Gangotri the world’s greatest trailhead?

The holy town of Gangotri, serves as the base camp and the trailhead for many famous treks & expeditions like Vasuki Tal and Meru Glacier, Gangotri III, Auden's Col, Khalindi Khal and more.

A town frequented by Hindu pilgrims, the town receives thousands of visitors each year. Legend says that after centuries of bearing out atonement in hopes of absolving sins of his ancestors King Bhagirath was finally granted this request from goddess Ganga in the form of herself as the river on earth. This force was too much for Earth to bear, and so Lord Shiva brought the river into his locks of hair, one of which is now the Bhagirathi river.

Along with some of the best treks in Uttarakhand starting from Gangotri, there is also a significant historical and cultural aspect associated with the holy town of Gangotri…Click here to read the story 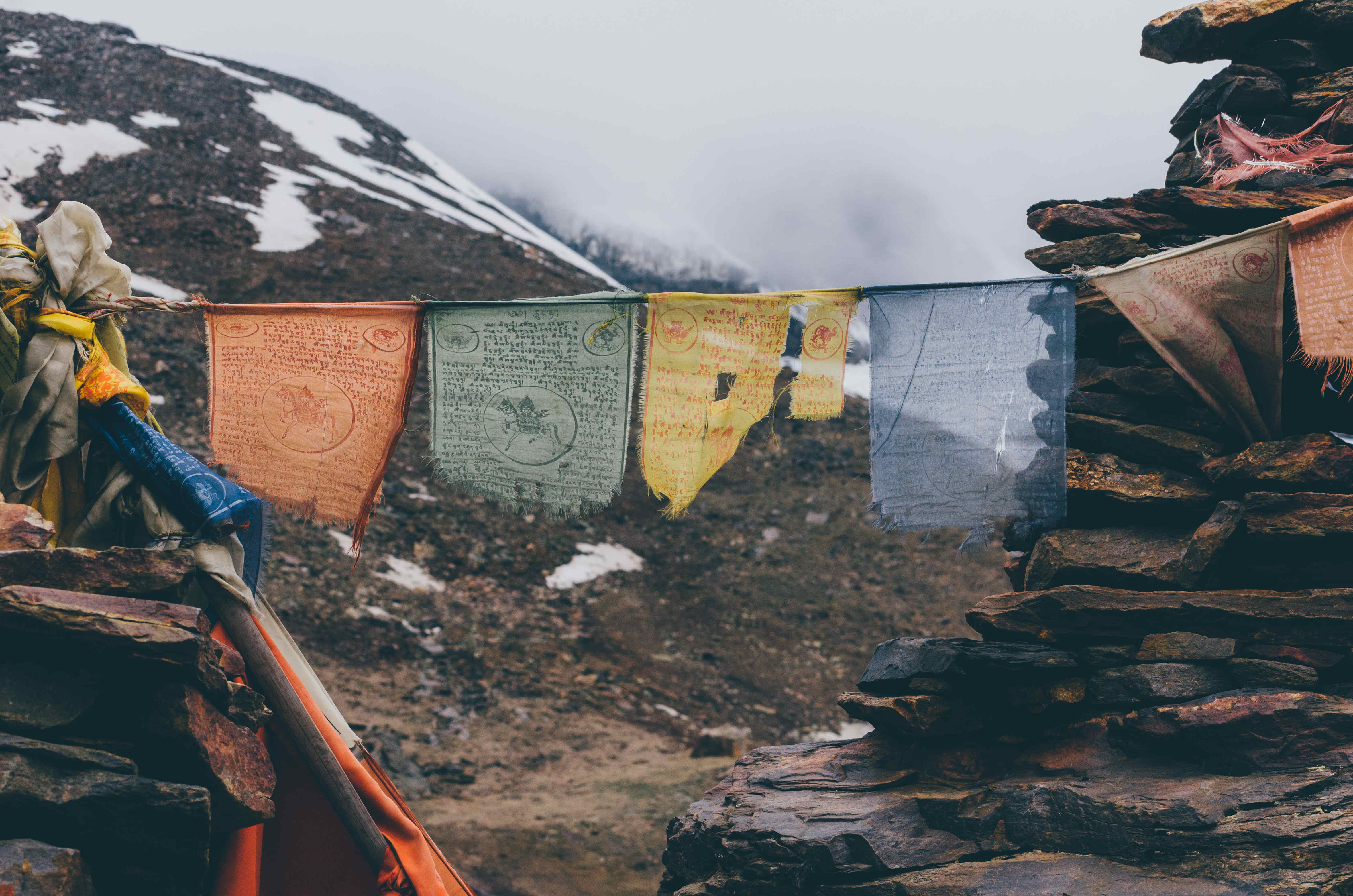 5. What makes Kedartal a good alternative to Roopkund?

With the unfortunate ban of Roopkund trek, there is an opportunity to explore newer and more diverse trails such as that of the Kedartal trek which begins from Gangotri, one of the most picturesque trails in Uttarakhand taking you to an altitude of 15748 ft which is higher than that of Roopkund.

The breathtaking views of the giant peaks of Thalay Sagar (6,904m), Meru (6,672m), Mt Bhrigupanth (6,772m) towering over the lake is a guaranteed show stopper…Read more

6. Kedartal: Where the streams gurgle and the mountains whisper

A compelling desire to be part of the majestic Himalayas and the Ganga’s journey led a group right to Kedartal with Bikat Adventures. The steep ascent started after leaving the raging waters of Bhageerathi behind and were now walking beside the Kedar Ganga. After carefully crossing two spider-walls and being accompanied by the enchanting pine and bhoj treks all through the trail came the exciting campsite of Bhoj Karak.

After crossing the rockfall area, the most challenging part of the trek, on a windy day comes the epic campsite of Kedar karak at an altitude of 14468 FT in a massive expanse of mountains and small streams.

After crossing several moraines, came the unparalleled majestic view of Kedartal with its towering peaks of Thalaysagar, Bhrigupanth and Jogin 1,2,3. The magnificence of the mountains was slowly revealed as the clouds cleared up exposing emerald blue lake of Kedartal, a sight to behold…Read more about this personal experience 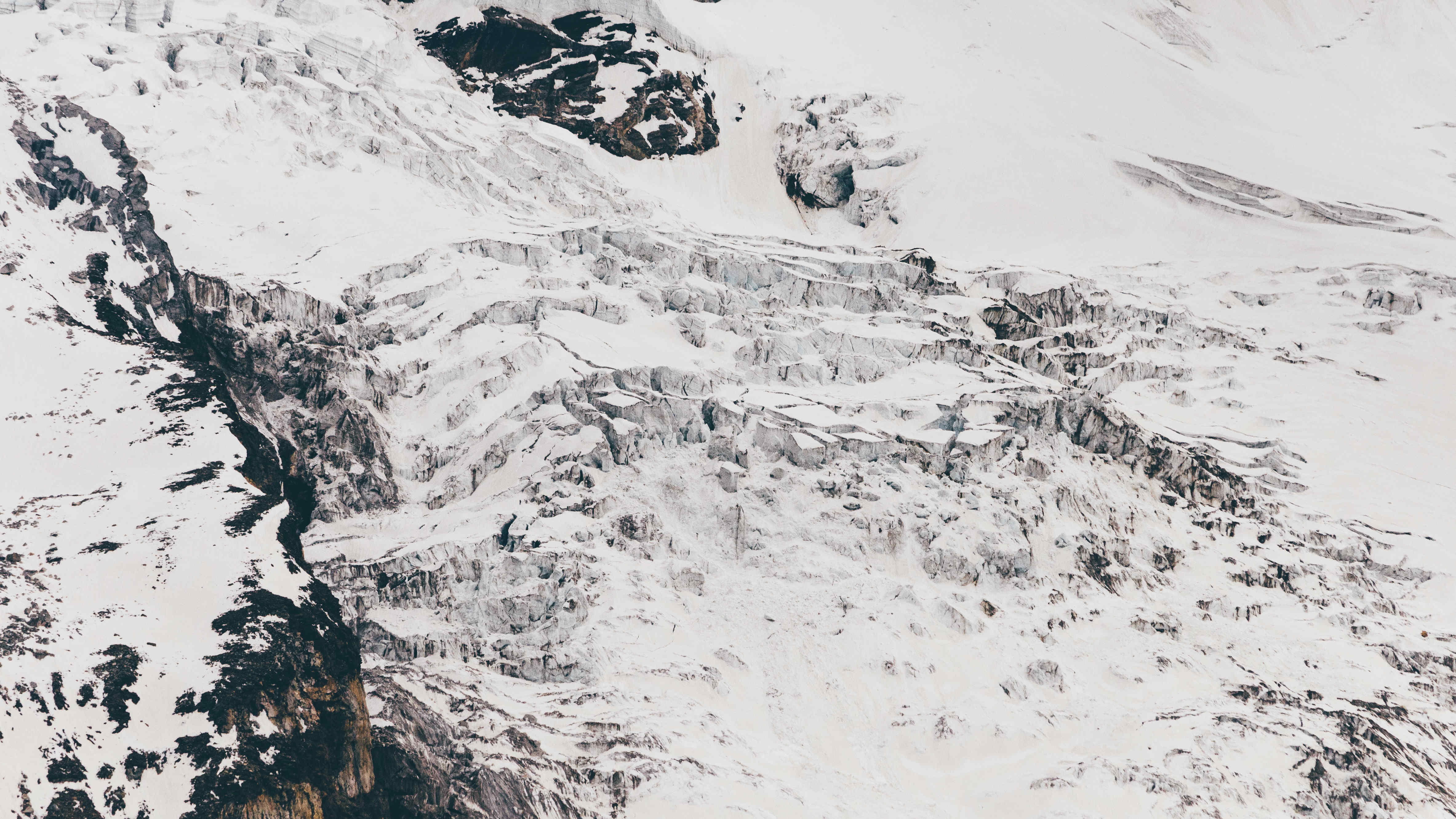 With a moderately challenging trail, the Kedartal trek lies in the kingdom of gods, with its emerald blue lake glistening in presence of the towering peaks giving it a jaw-dropping scenery. The proximity with magnificent peaks and the view this trek offers will make you believe in magic. Kedartal is indeed a true gem of Uttarakhand.