Have you ever heard someone tell a story like this?

“Dude, and that day was really moderate and we did some things that were mildly challenging, but not too much, and then we just had a normal night where we did average things and it was cool, I guess.”

No. You have not.

Because nobody would care.

Think about it, those great stories we pass down like family heirlooms and excitedly call our friends to gush about in the middle of the night- the stories worth telling- never came easy. 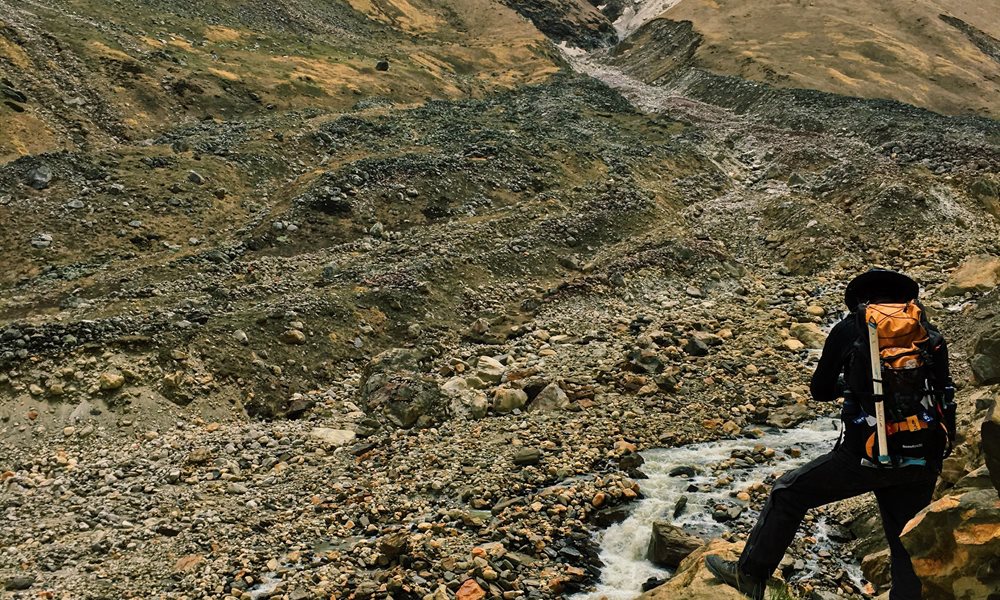 They are hallmarked by challenges we faced, and the awesome way we overcame them. The spectacular, not the ordinary.

Day 3 of the Kedar Tal trek is your flower, and it’s worth all the grass it takes to get there.

I’m not gonna sugarcoat it, Day 1 & 2 are not walks in the park. They’ll test you. They’ll make you sweat. And they’ll make you wonder why the heck you decided to do this instead of invest in a spa weekend with lots of wine.

Easy goals aren’t the ones we’re proud of, are they? 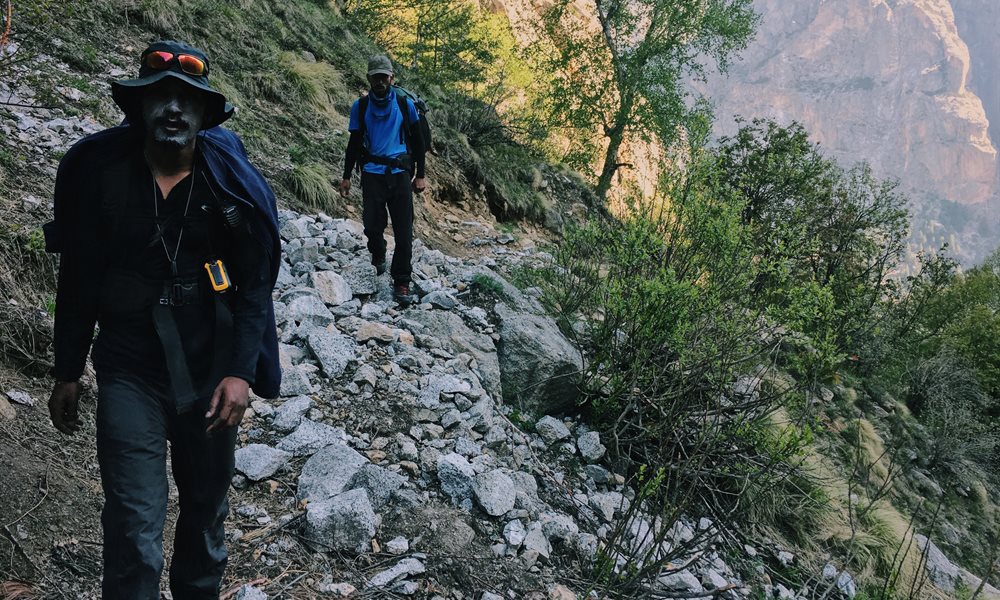 So I move upward and onward for two days, past the raging river gorge, lush birch forest and rhododendron patches in pursuit of something spectacular- and then, on the morning of Day 3, I find my flower.

We head out at dawn from Kedar Kharak, a campsite centered in a bowl of mountains, and make the ascent toward Kedar Tal, this infamous lake that we’ve come to see.

Our bodies ache from the ascent and pack weight, but breathing hard, we endure. Push ourselves up one ridge, two ridges, a third ridge and- 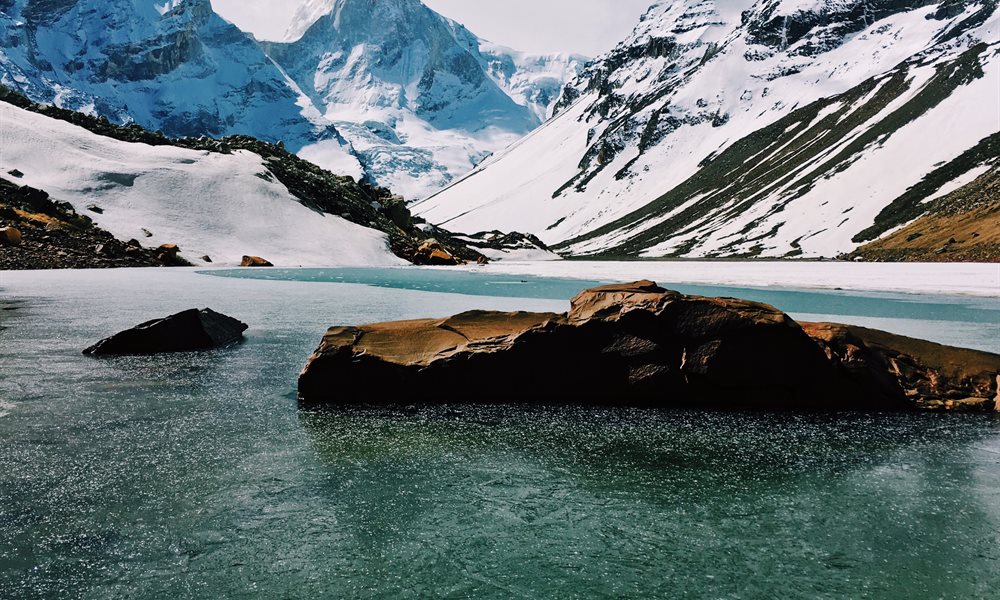 Everything you dreamed it would look like, but your mind can’t come close to inventing the surprise Nature has waiting for you.

Our jaws drop at the sight before us from our ridge viewpoint in the clouds. 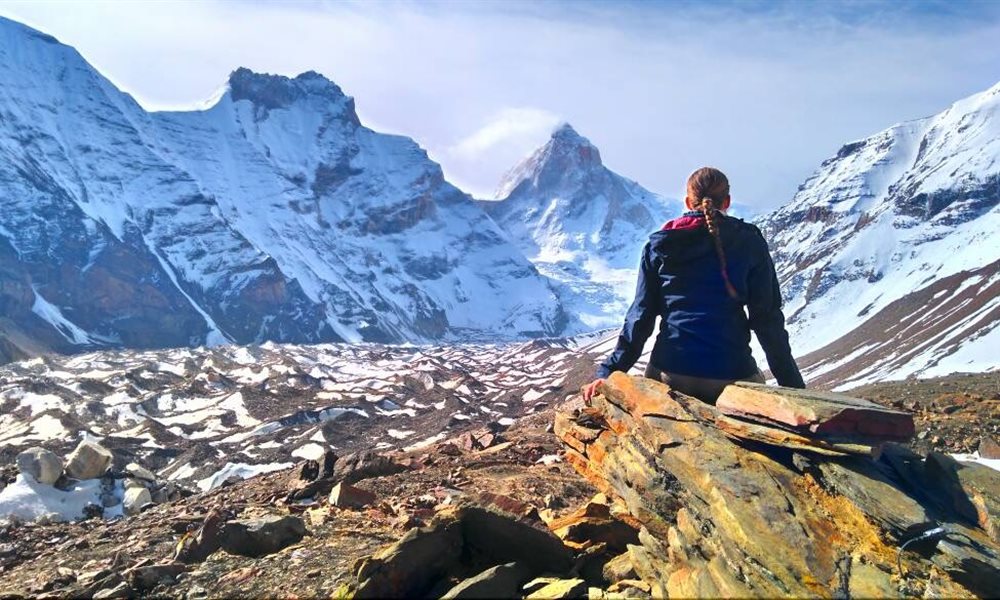 A frozen lake, the Kedar Tal, is a frosted emerald below us. The strikingly jagged, snow-laden facade of the great Thalaysagar glitters with astounding power and height before you. The Kedar Glacier, frozen in time, flows motionlessly by you on your left, and the unyielding mountains - the true masters of this realm - rise all around you, daring you to introduce yourself.

And we get to live here for the night. 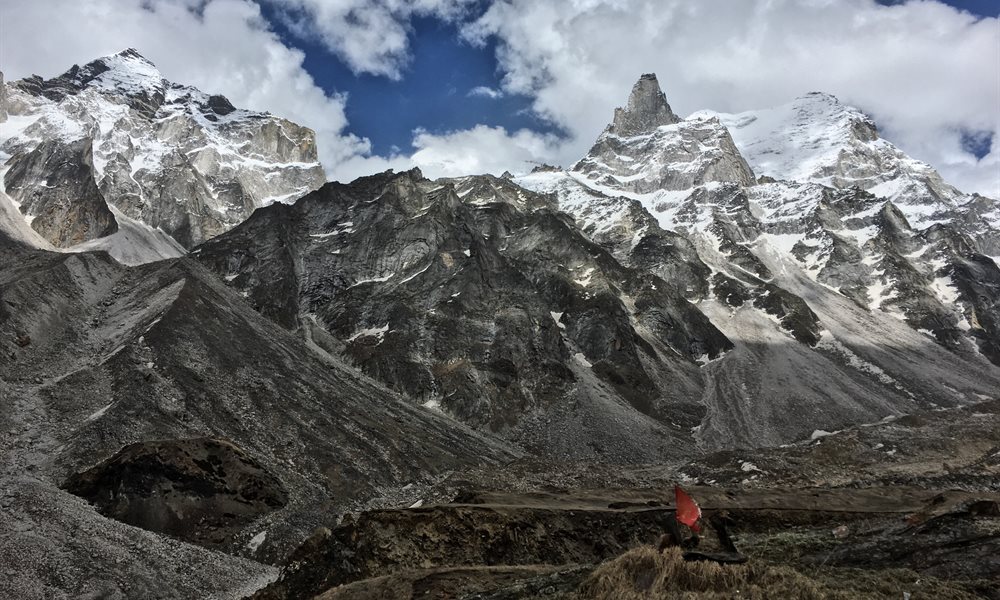 I can’t imagine a better way to spend my time, or a more rewarding pinnacle to have reached after my days of hard-earned progress. I dip my feet gleefully, pain forgotten, into the ice water, and relish the fact that I have found the flower of this trek.

Now you come find yours. 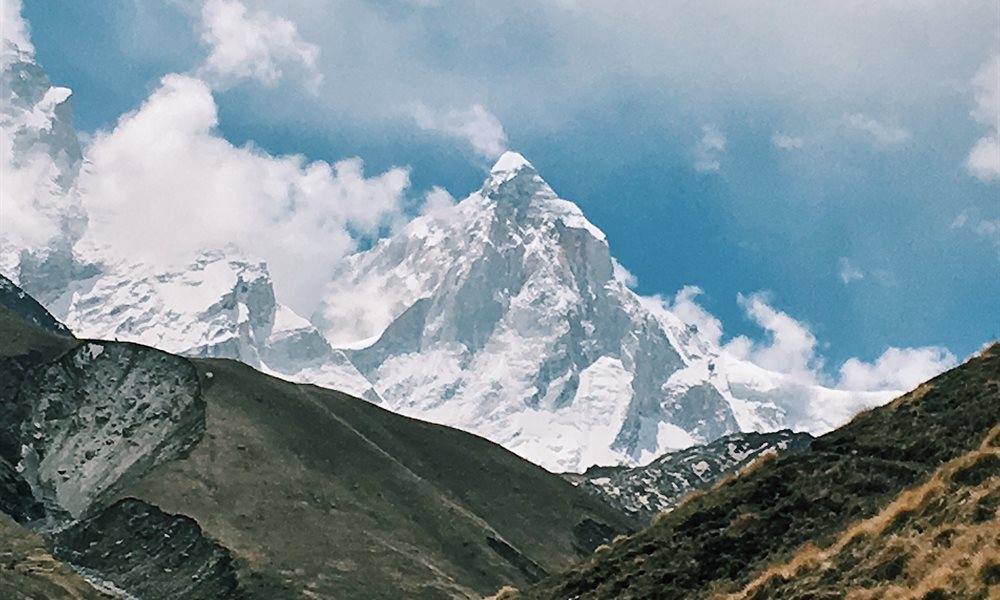