In a perfect state of Utopia – HAMPTA PASS

Traveling happened to me when I was trying to escape all that life had thrown my way. I was not lost ¸I felt lost, which was worse. I was lost in illusions until this one time I decided to pack my bag and just leave, only to return back home with optimism and joy.

Meanwhile, perched in the cradle of the lush green meadows overlooking the wildflowers while hearing the gushing sounds of the cascading bourn and whispers of the surrounding ponies is how I was welcomed in the mountains.

Straight out of postcard 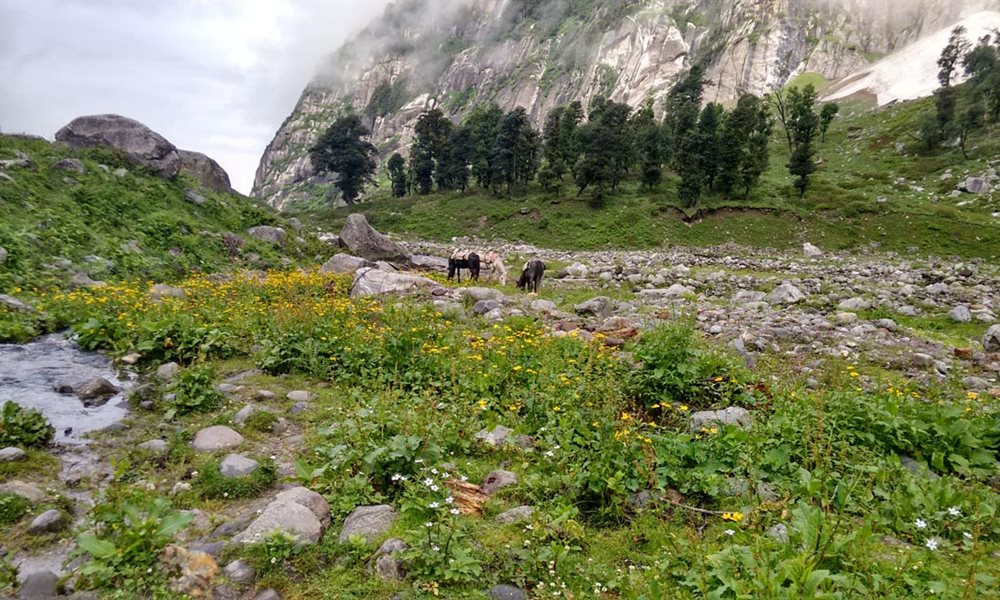 Happiness is phenomenal prologue to a journey 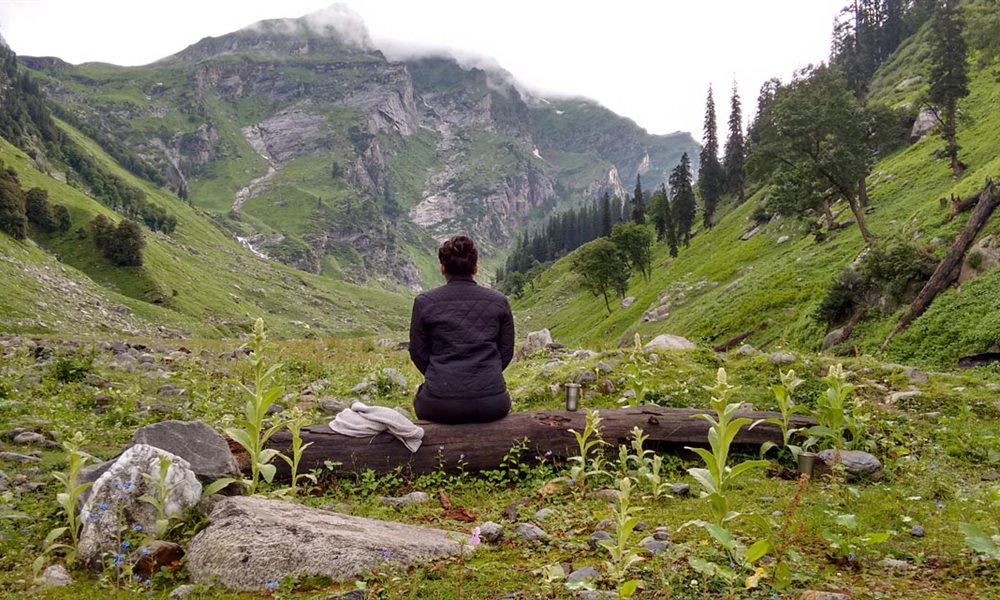 Soaking in the cold water and misty surroundings 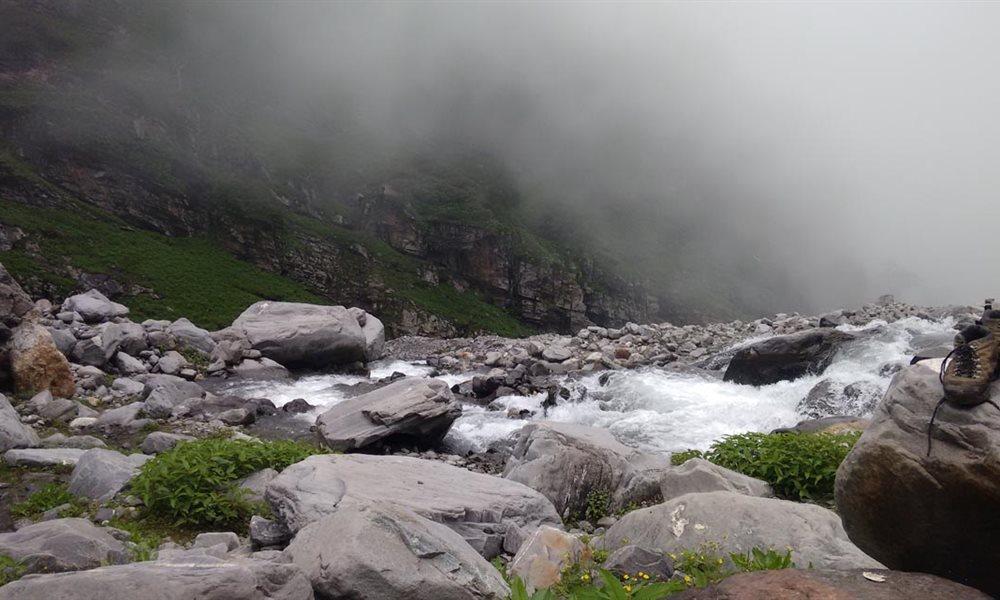 In the quest of finding my inner self, this seemed to be the perfect gateway. Feeling the cool breeze while slurping in hot herbal tea I captured all the panoramic beauty around. Holding the backpack and a stick in another I started my journey to the HAMPTA PASS with moments, memories and magnificent views etched in my memory forever.

Walking endlessly along the ever winding stream amid the low-lying clouds that kissed the peaks and pine groves for hours, I took a halt at a small shop owned by a local lady. Soon, the rain gods showered their blessings but somehow I managed to summon up rest of the hike. 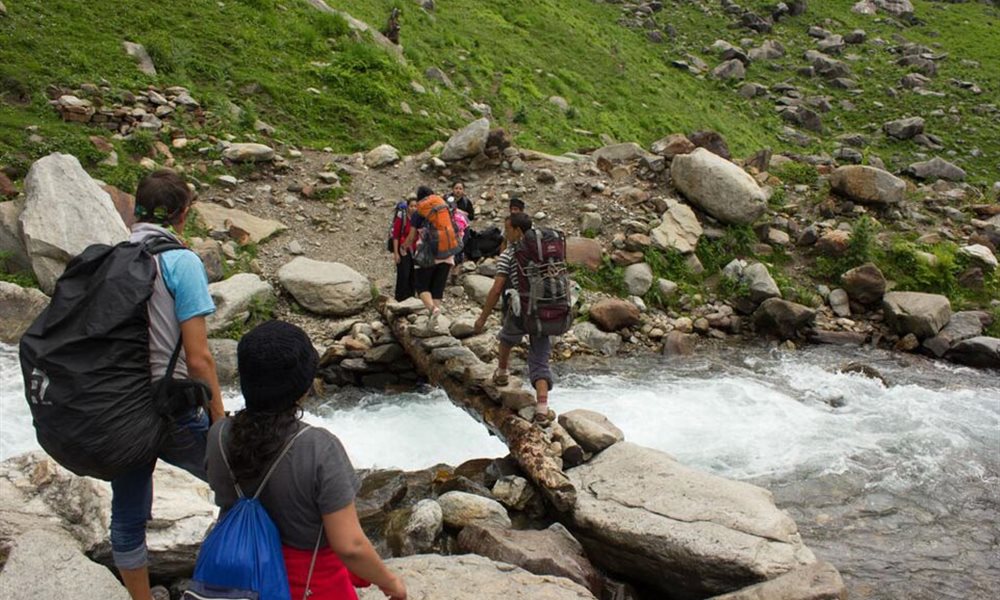 It was dark, when I reached my next campsite soaked and extremely exhausted after carrying the heavy backpack. Post the scrumptious dinner with fellow hikers, we gathered together listening to the Mountain Tales from our trek leader. Following day, we cross through a gushing river passage holding hands, slowing taking a step forward making sure we all reach the end of the stretch safely. Our lunch was served sitting on the rocks, soaked and completely lost in the meadows while the dark grey clouds surrounded us. As we continued past the grasslands, the trail changed its color from the viridescent meadows to the ivory colored ice slopes .The air became heavier and so was our effort to intertwine though the Hampta Pass.

Passing through the transforming landscapes 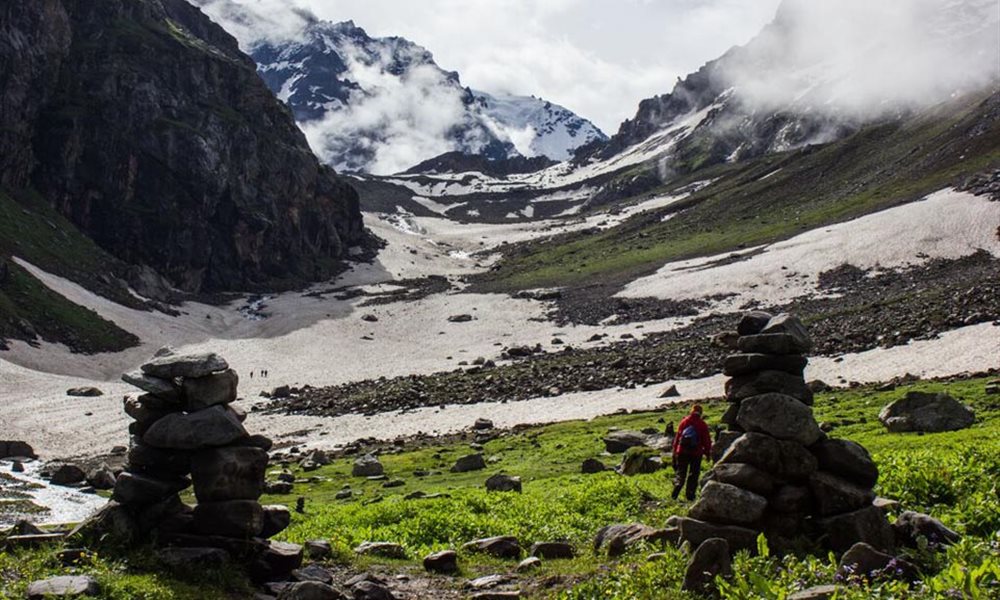 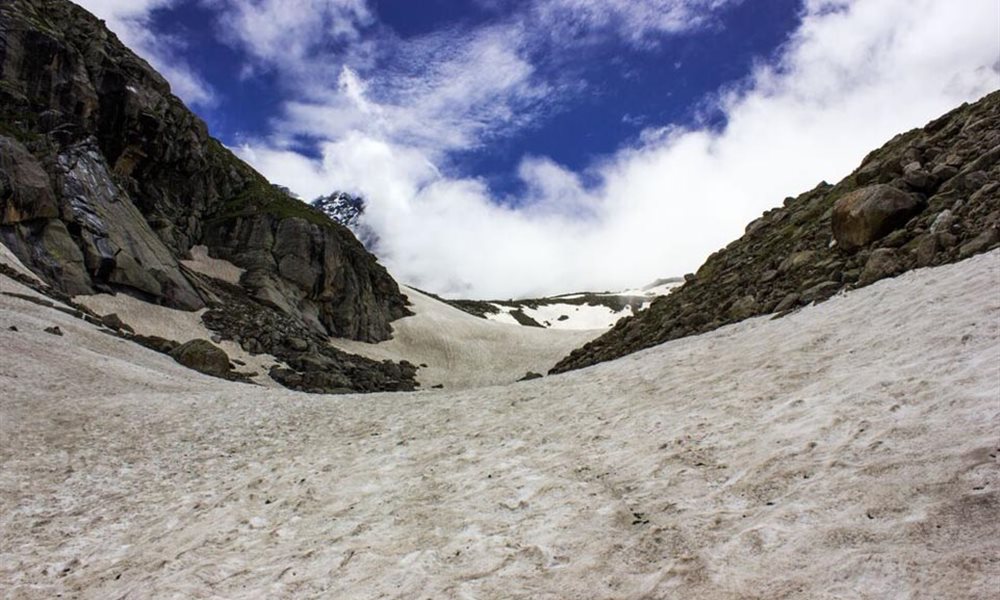 Jaded, I look at the crest which seemed more like an illusion and then below at the ice slopes I left far behind which convinced me further that a little more effort would culminate into a magnificent spectacle.

The Team at the summit 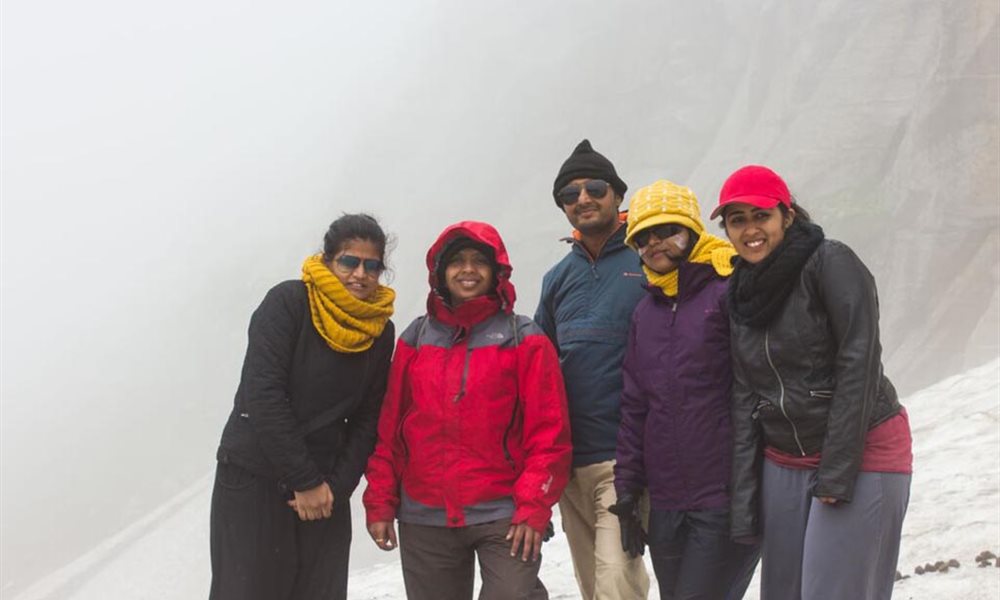 Overlooking the Milky Way galaxy in the silence of the night 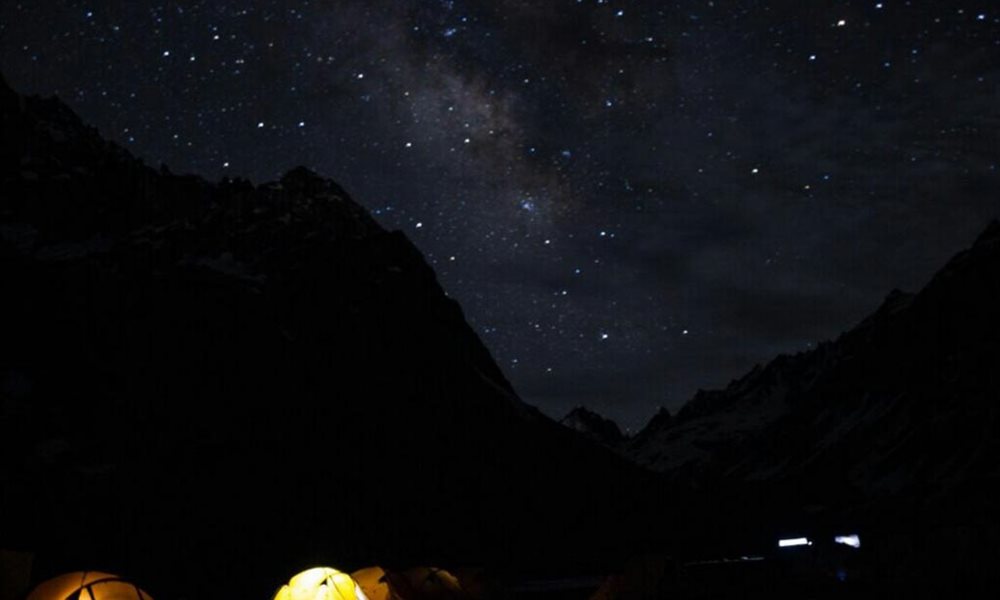 Walking through the elevated icy ridges amid the dark ominous clouds we reached at the summit only to unfold the most spectacular view in front of us. We rested for a short span of time at the peak and quenched our thirst with the spring water we gathered during the hike. It was now time for descend which was far more precarious than the journey to the pass.

Introspecting the steep slopes ahead, we concluded to slide down on our way back. My heart started pounding at the first thought but with no other option to consider I agreed to it. Thankfully, I made my way back successfully however a fellow trekker was seriously injured as the hard ice lacerated her back. Staring at her condition, realization slowly brings in a thought of how microscopic and feeble we are by this boundless nature. However, it’s truly said that in order to conquer fear, one should always move forward no matter what.

The girl gang, why should boys have all the fun 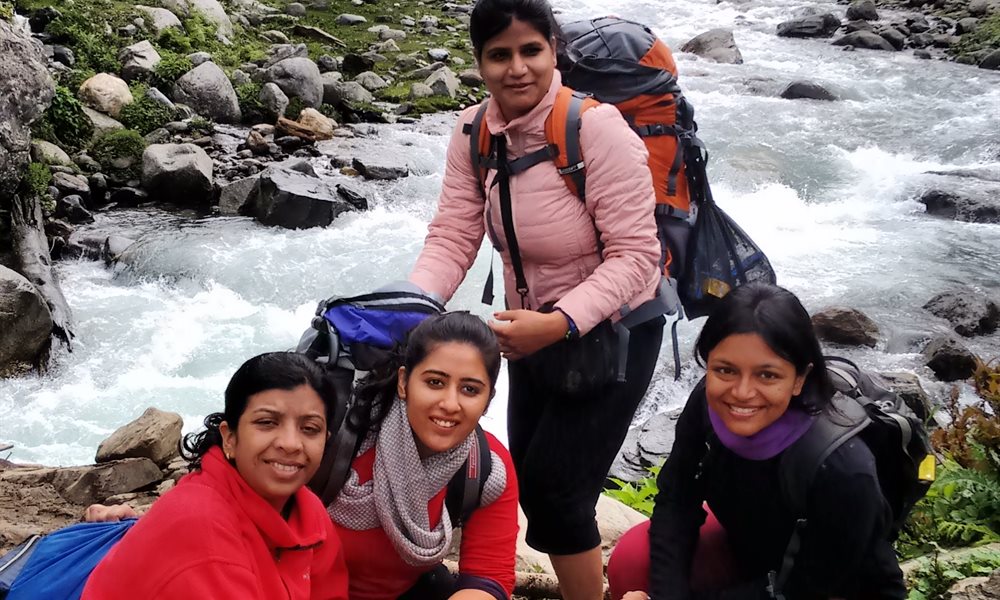 Embraced by the stark barren mountain slopes of the Lahaul Valley in contrast against an astonishing amount of greenery of the Kullu Valley was a sight to behold. The cold barren slopes and treacherous boulders were our company for the rest of the journey until we camped at Chatru. Known for its changing picturesque, this trail will amaze you with different landscapes at every corner.

Unloading our backpacks at the camp, it was now time for the final destination Chandratal Lake. Literally meaning the Moon Lake, it got its name because of its crescent shape. We hop into the car and drive through rough, broken strips to our final stop.  Nestled in those barren mountains lies the serene and quaint lake with crystal clear waters. Fluttering of the prayer flags and the silence of the surroundings will surely awaken your inner soul.

It’s not about the destination but the journey itself… 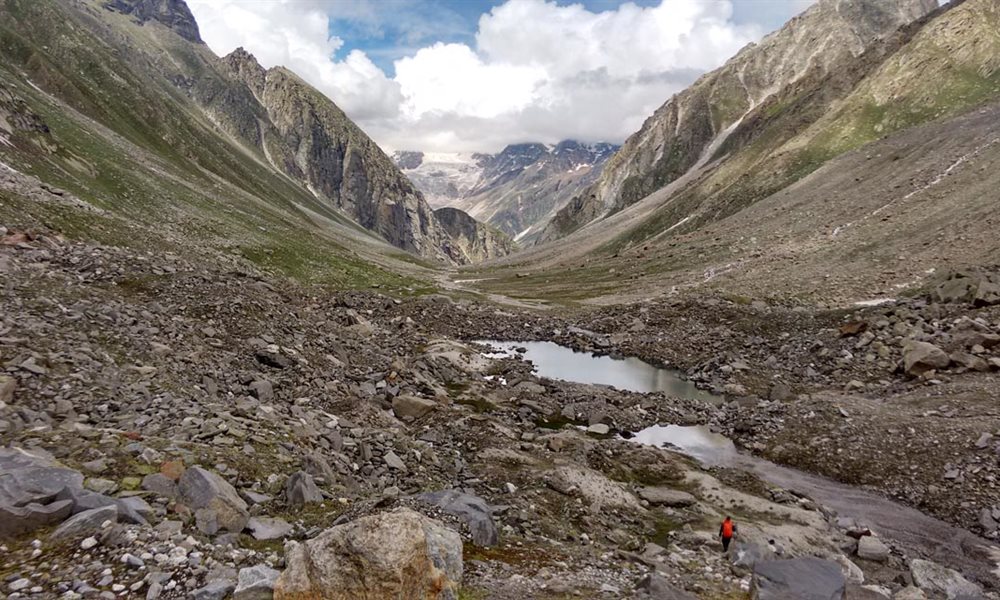 On way to Lahaul Valley 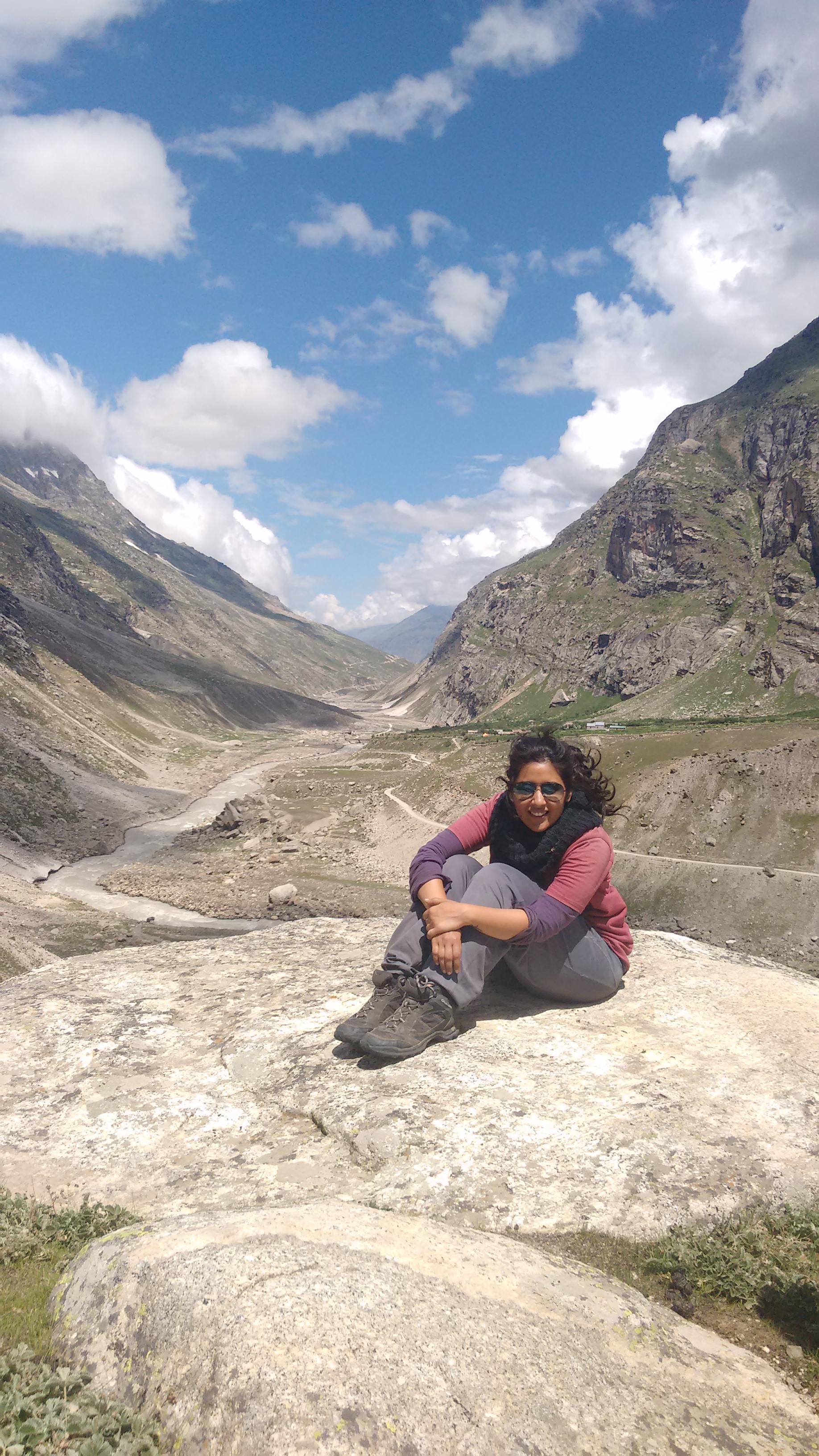 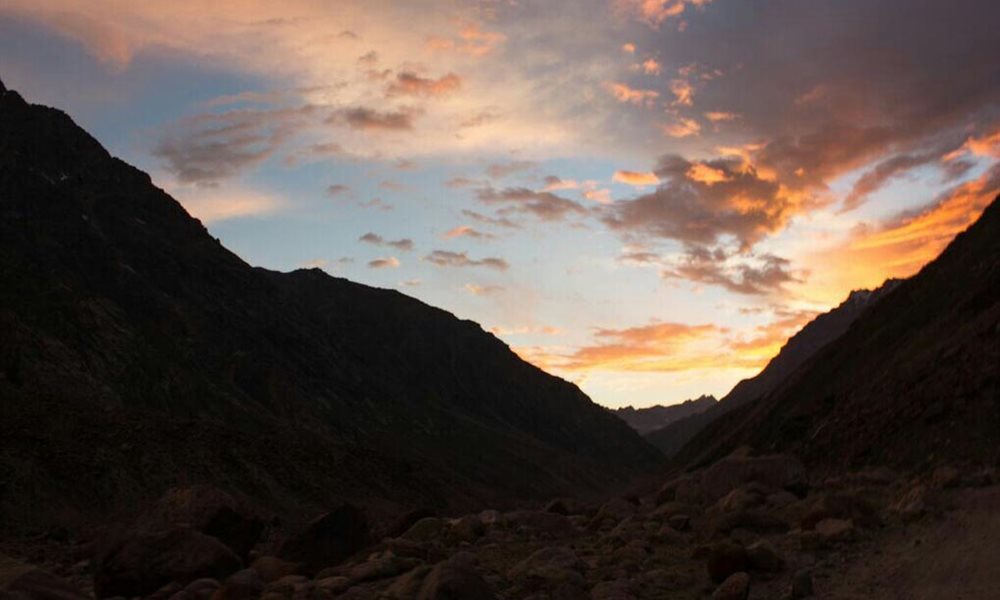 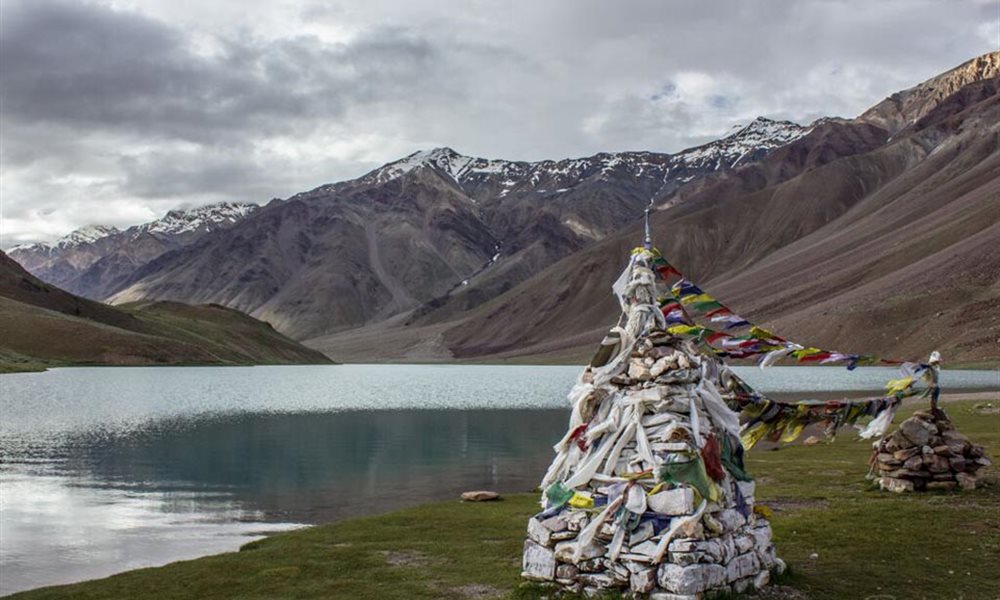 Legends has it that, it was here Indra Dev’s chariot came to pick Yudhishtra (eldest of the Pandavas) while on his way to heaven. Sitting beside the pristine lake in solitude, I found my own little paradise. And ever since then this gypsy heart of mine has wandered perpetually, like a lonely kite up above in the bondless sky. The sky I am in love with. 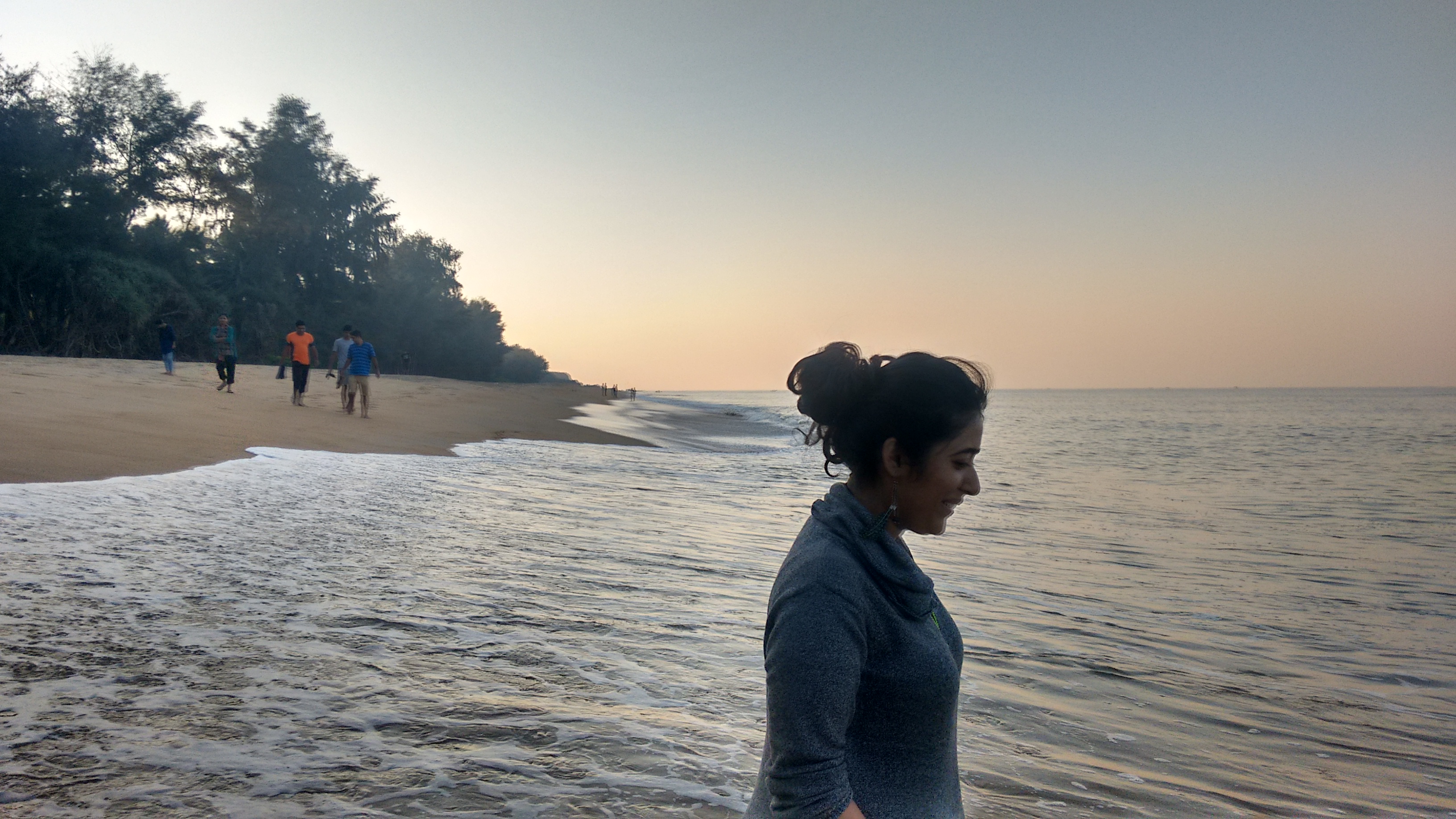 I am an IT Consultant by profession and a travel freak by choice. Having an urge to travel to the mo Read more