Buran Ghati can rightly be termed as a picture perfect trek. Name almost anything, and you'll get to see it on Buran Ghati trek, be it the vast meadows of Dayara Bugyal, the waterfall and streams of Lithum, the striking mountain view from Dhunda and of course, the snow wall at Buran Pass. 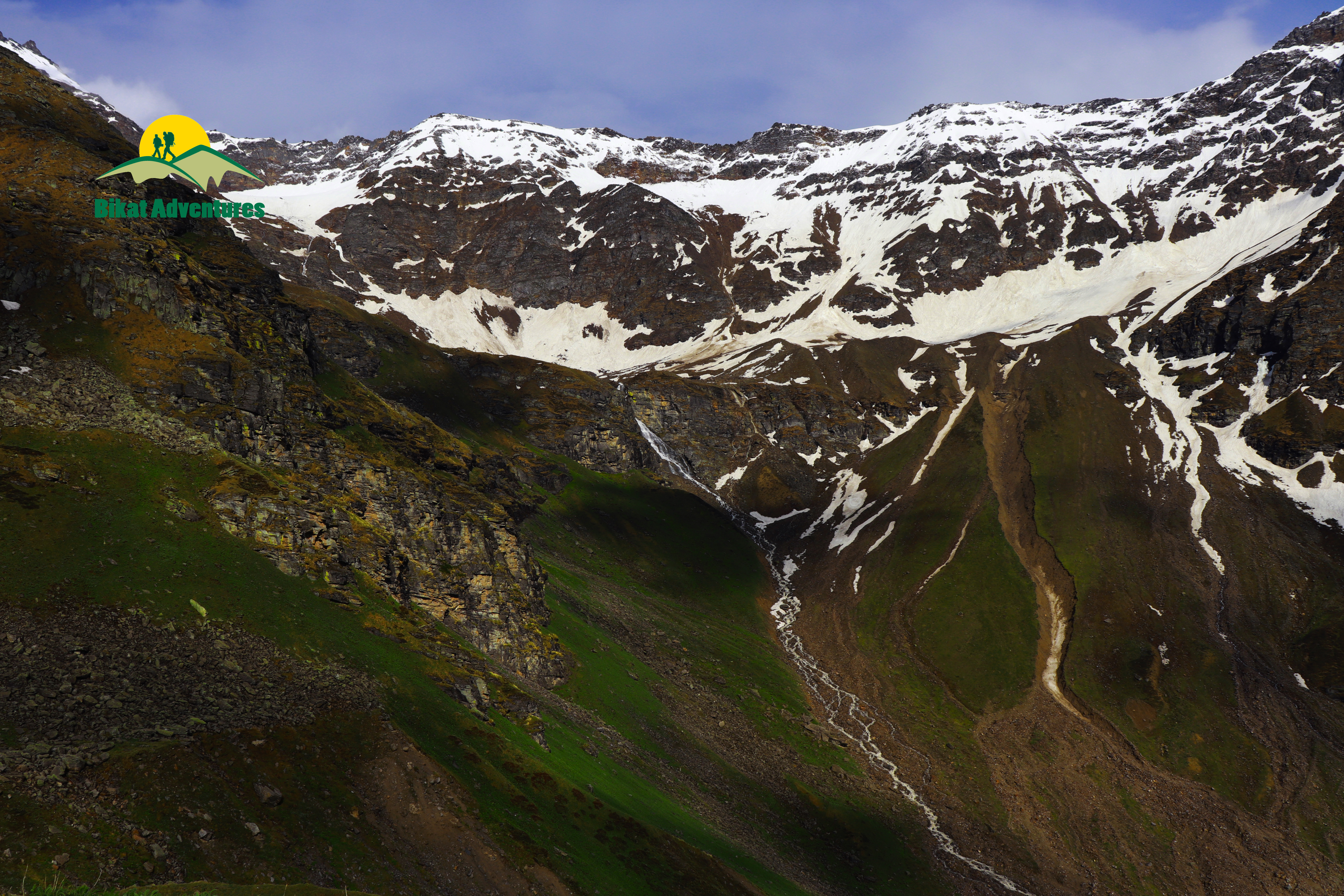 Entering into Dayara Bugyal is like walking into a fairyland; the only difference is that this is real.

Walking through dense forest throughout the day, one would not expect what is coming up next. After a sharp ascent for 100 meters through forest, the view suddenly opens up to vast green meadows adorned with huge mountains playing hide and seek behind the dense layer of fog. 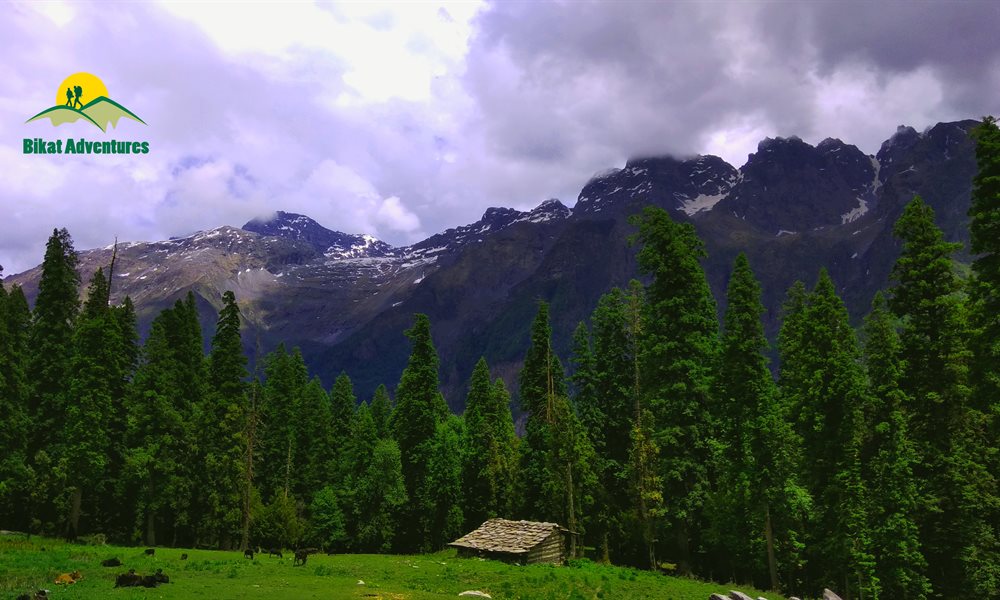 The curiosity to see the origin of Pabbar river that you have been traversing along since day 1 of the trek is satiated once you reach Lithum camp site. A snout of waterfall sits atop the cliff feeding river Pabbar, behind which lies the famous Chandranahan Lake. 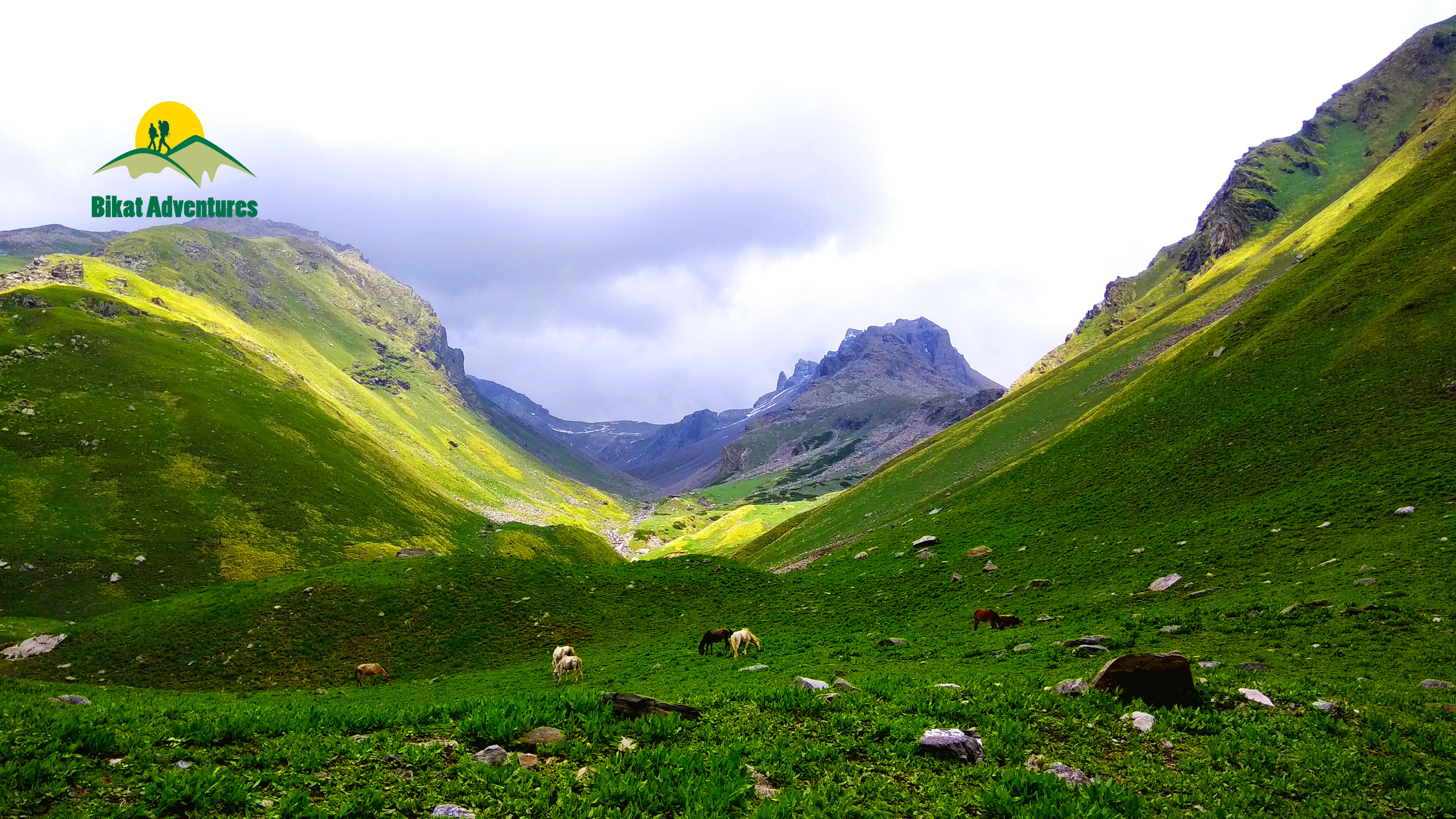 On the way to Litham 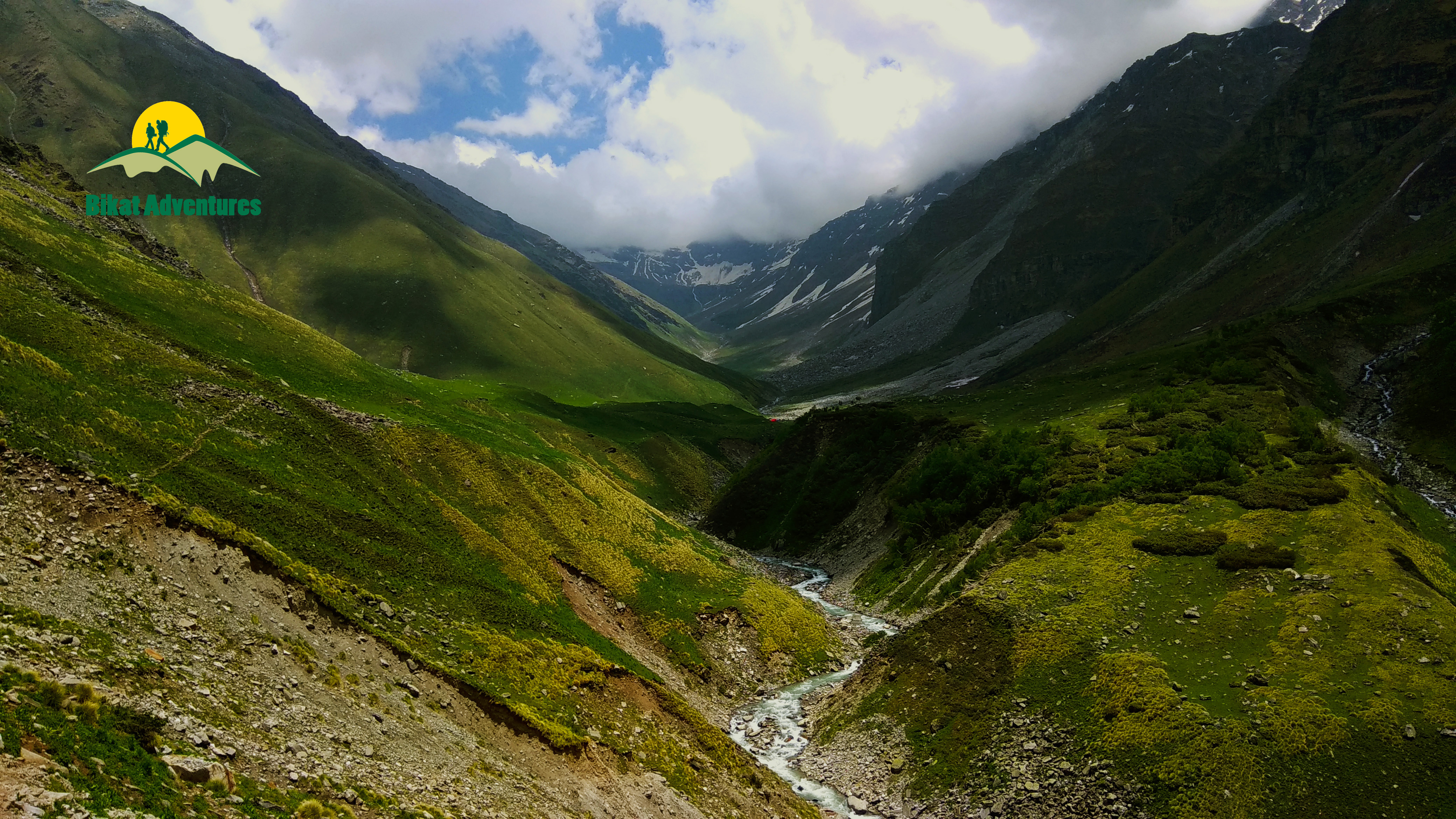 Curiosity of what lies behind the mountain fuels everyone to take the steep climb of one and a half kilomters up to Chandranahan Lake. The lake is not only the source of river Pabbar but is also shrouded in mysterious stories that tell the tale of its importance in the region. Local people believe that the crescent shaped moon of Lord Shiva took a dip in this lake, hence giving it the mane Chandranahan. They also believe in the existence of supernatural powers in this holy land. 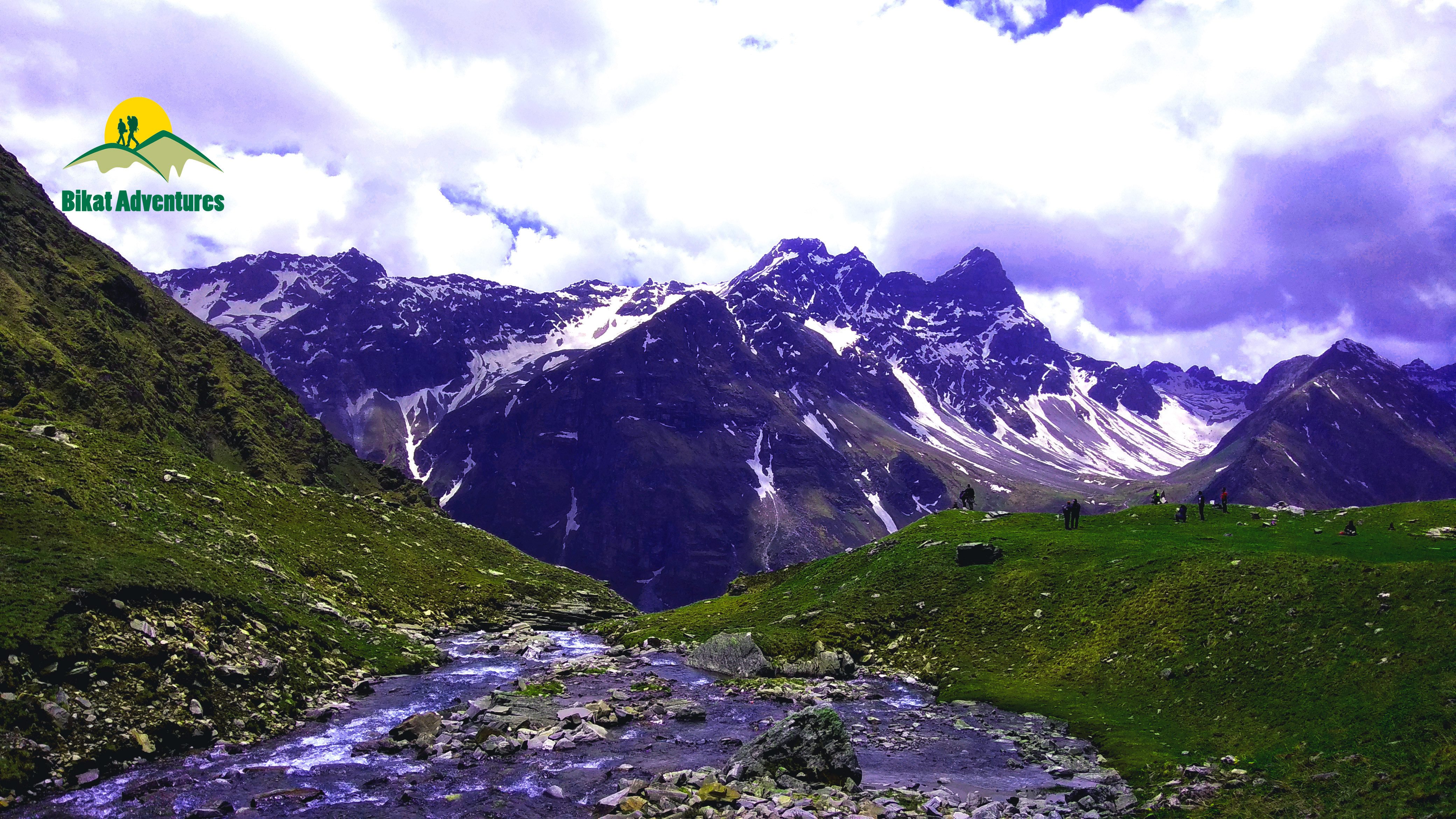 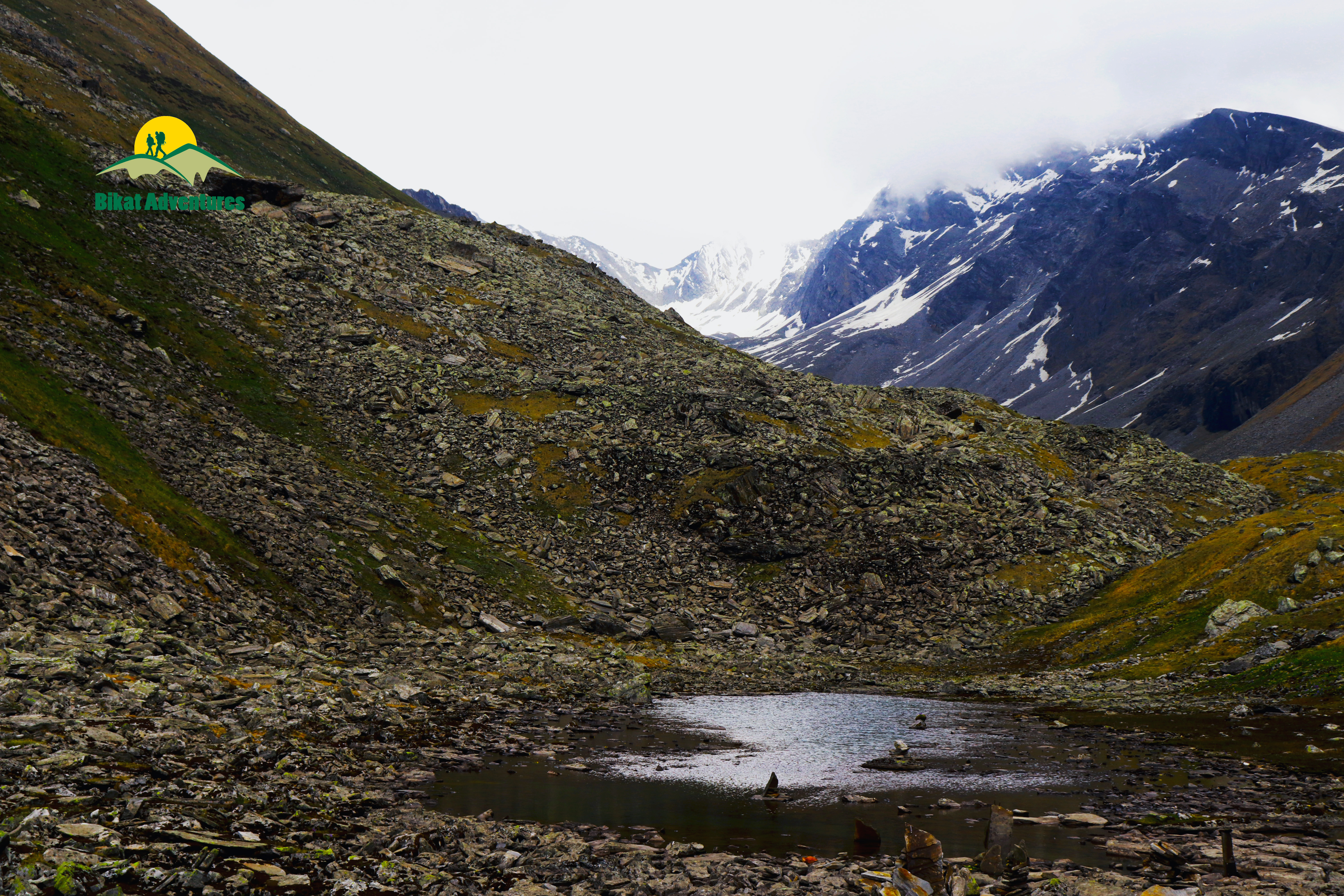 Dhunda camp site surprises with you with a 360 degree view of mountains and finally the first glimpse of Buran Ghati Pass. Dhunda is the most magnificent camp site where you can see Gunas Pass range on one side and Buran Ghati pass on the other. It is green table top land decorated with a lot of wild flowers blooming amidst the mountains of Shimla and Kinnaur District. 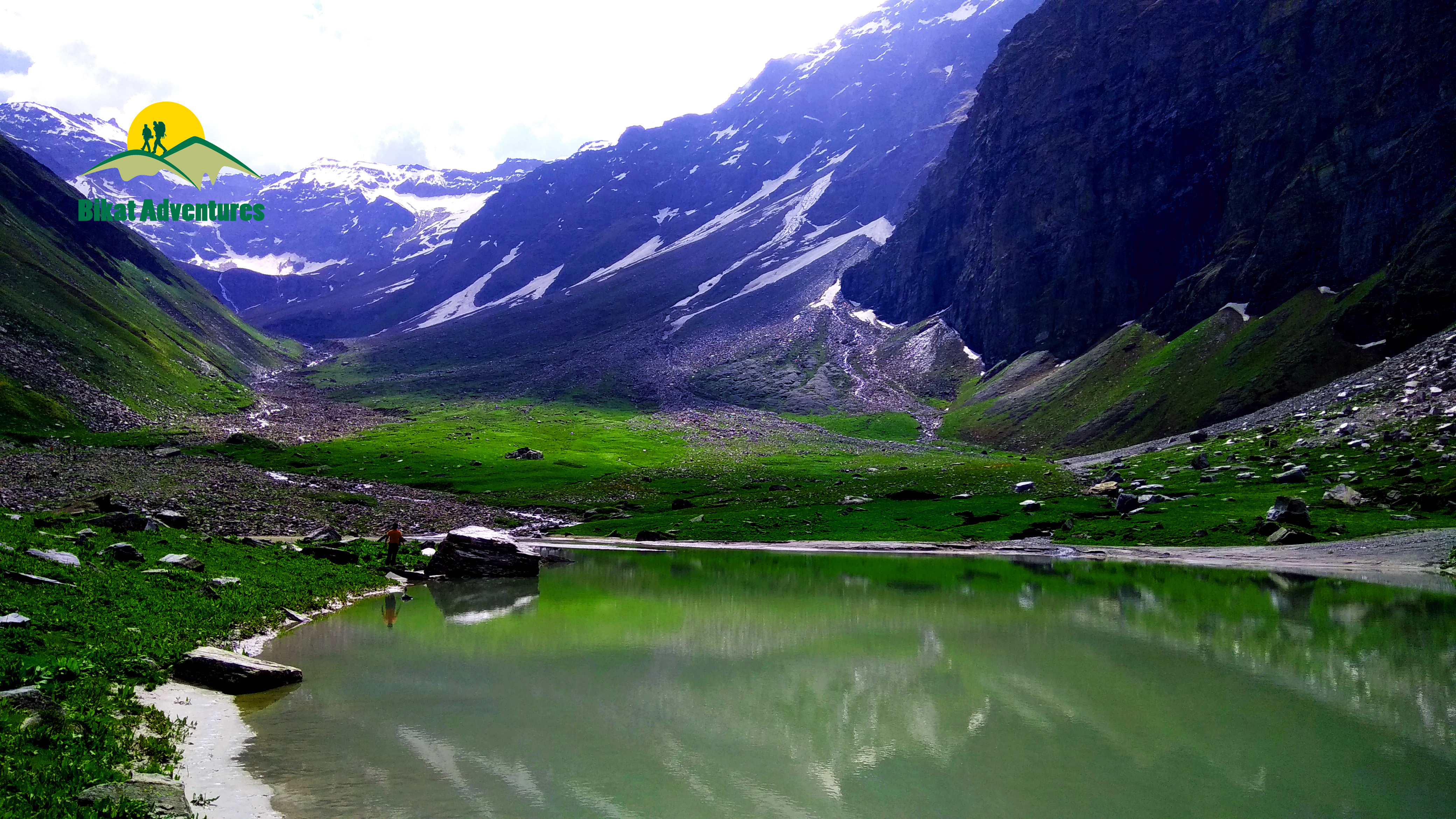 On the way to Nala Thatch Does a trek really give satisfaction if there is no adrenaline rush or a bit of challenge? After all, mountains are supposed to be challenging, you did not come expecting a leisurely walk through the park. Save all your judgments about the trek until you cross the pass, because there is a 400m steep snow wall waiting for you to be rappelled down followed by 200m of snow slide. Just like we like it. 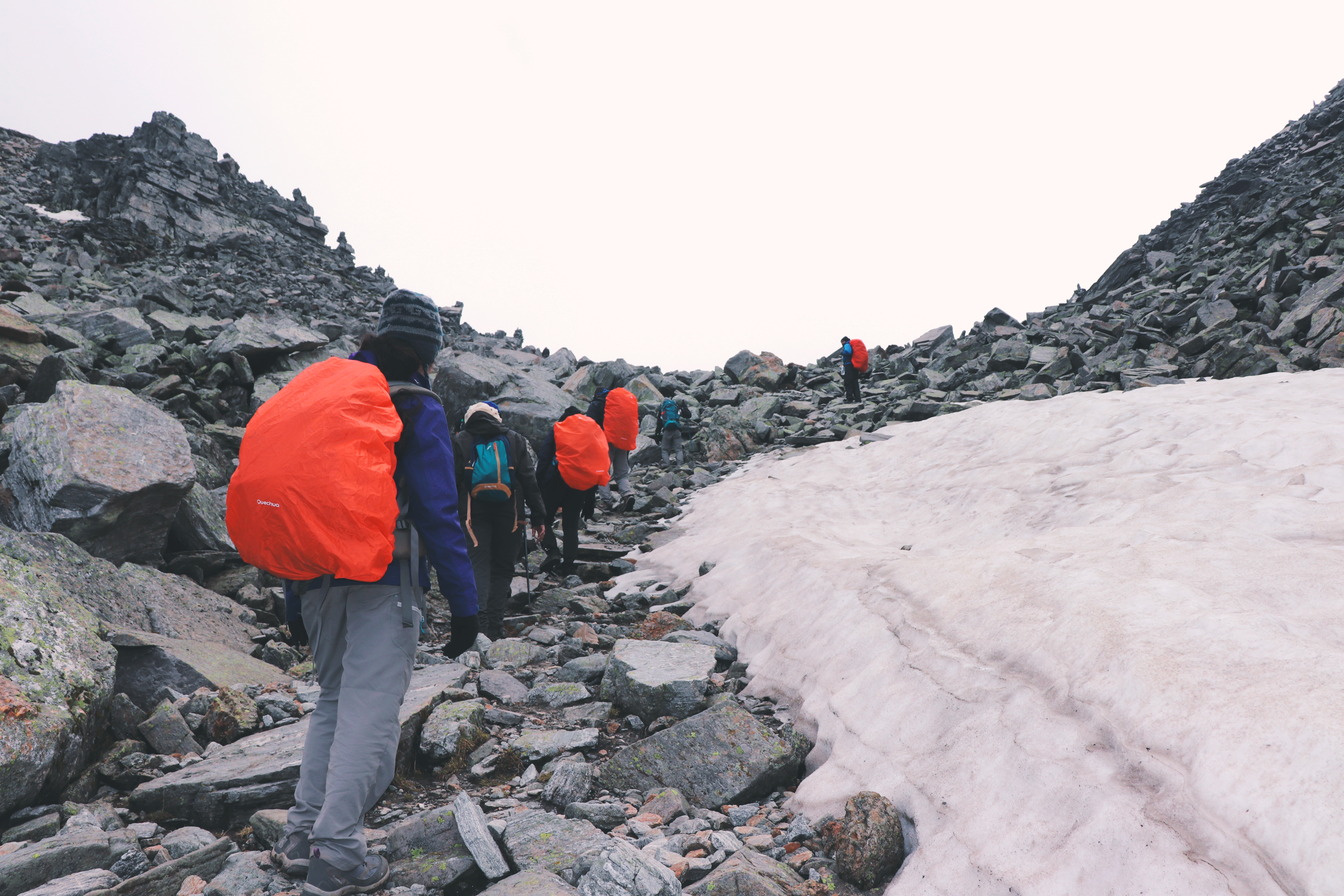 Day 6: Back to the Civilization at Barua Village

You realize that you have entered the Kinnaur District of Himachal Pradesh when you see the fluttering Buddhist prayer flags outside the wooden houses of Barua Village. The landscape slowly changes from the Silver Birch trees to the cultivated lands, from huge boulders to the wooden houses, and even though you are back into civilization, you know you have left your heart somewhere at the Pass playing in the snow, or perhaps at the green meadows beneath the starry night. 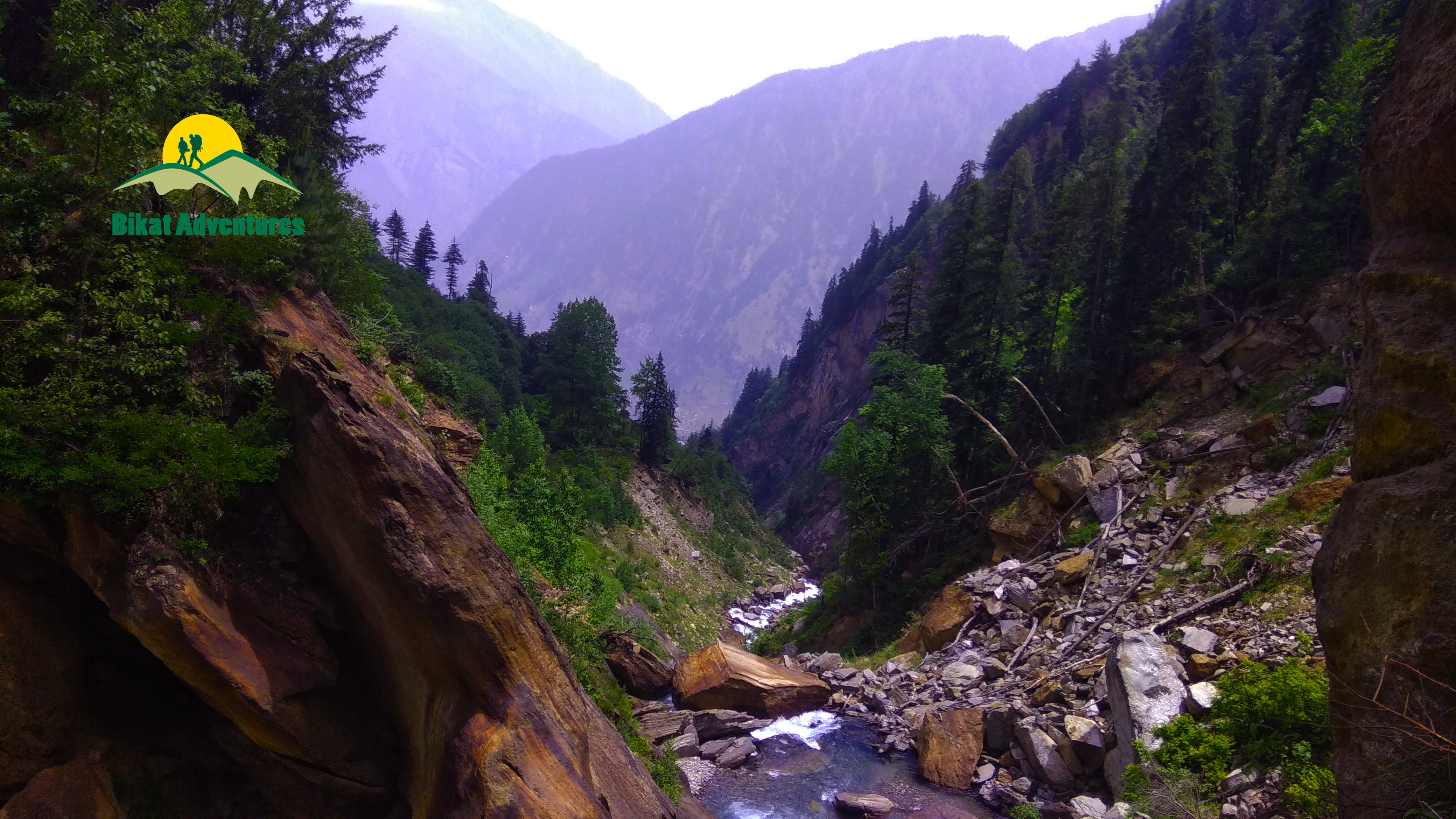 Waterfall on the way to Barua Village