Under scorching heat, when the sun smiles with shining flares, my friends and I used to play cricket without sandals. 40 degrees Celsius has always felt like room temperature to me. Coming from South India, I represent summer to my North Indian colleagues. And they represent winter to me.

How did I end up here? It's because of the contrast of life. One thing led to another, and I became an On-Field Writer at Bikat Adventures. My first trek with Bikat Adventures began from Dehradun. The cold was initially tough to get accustomed to.

But with time and many trials and errors, I had mastered the art of layering, or so I thought until I received some bone-chilling news. 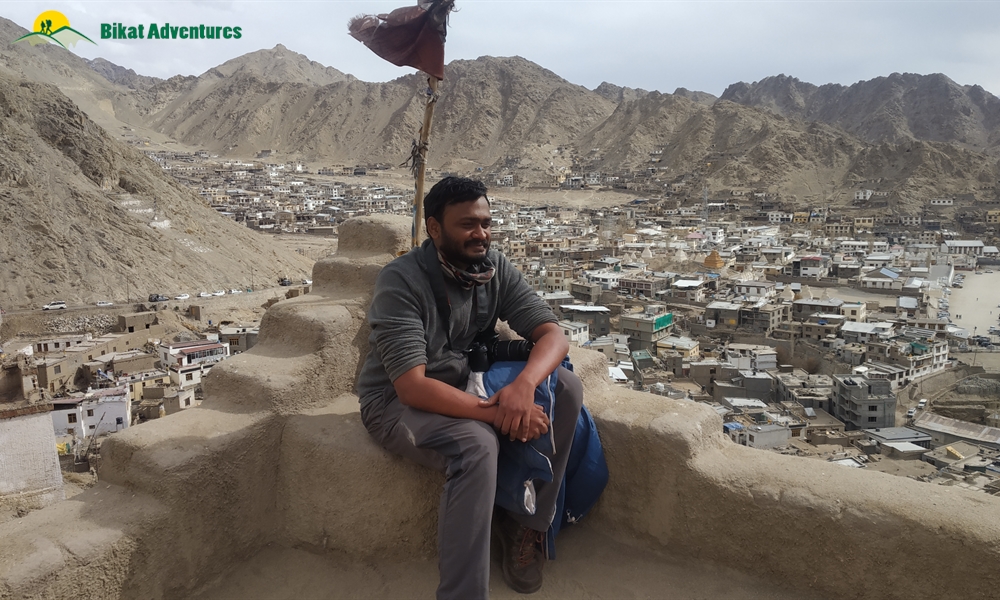 In the journey of life, a straight road always ends up with a twist or a turn.

My second trek began in Ladakh. It was the Markha Valley Winter Trek.

I have heard many stories about Ladakh in the winters. Temperatures during the day drop to -15 degrees, and at night, it goes down to a frigid -20. The thought of negative temperatures reduced my positivity.

When I shared this news with my fellow trek leader, he simply chuckled about it.

Finally, the preparations began. My trek leader and I started to Leh by flight. 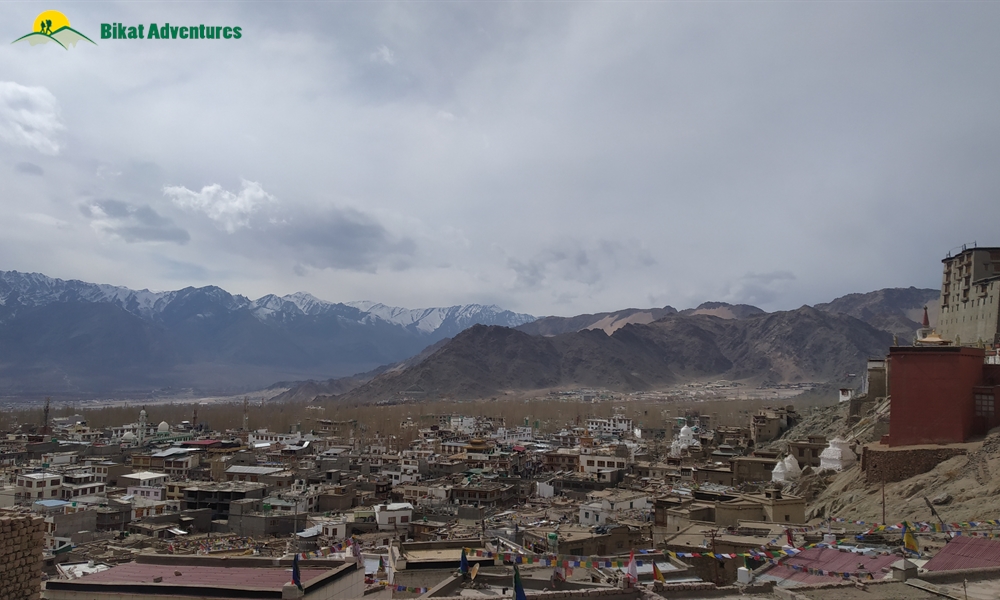 After flying through the beautiful Himalayan Ranges, we landed at Leh airport and reached the hotel. My hands were shivering, and my teeth were constantly clattering. I felt like an old typewriter moving from left to right.

The cold was unbearable, and I was almost ready to quit. My trek leader brought me out of my paranoia with a simple trick. He used the placebo effect on me.

He gave me a hot drink. I drank it and dozed off. Surprisingly the next day, things changed. I came out of my room and started enjoying everything around me.

I went back to my trek leader and asked him what was in the drink?

It was just hot water, he replied.

My mind had been so fixated on the cold that it hadn't even recognized the taste. I realized how simple everything was. The fear had just been in my mind. 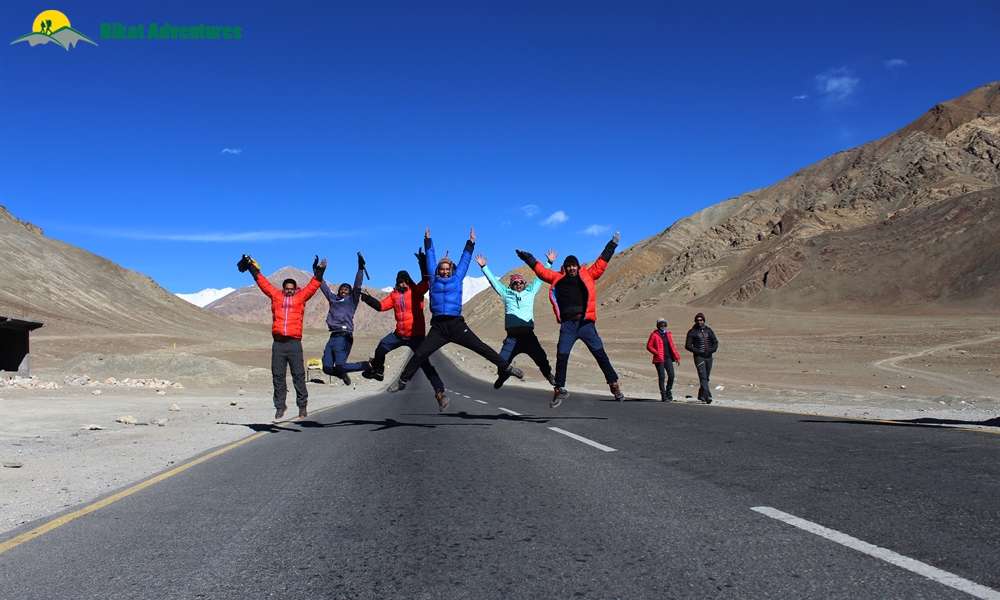 Though we are a part of a big universe
Every being, place, and thing has a universe inside it

Passing through quaint villages, I observed many interesting things. Both the people and the place reflected simplicity. When they welcome you by saying Juley, your cheek muscles spontaneously widen into a smile. When I walked on the frozen river of the Markha, I was listening to the symphony of ice. The crackling sound from the footsteps on ice, the flowing sound of the river beneath the frozen sheet and the clumsy sounds of teammates falling on it set the stage for a comical concert.

The contrasts in the landscape were vivid. On one side stretched the frozen river, and on the other, the terrain was covered with dried-up trees and small peaks. The experience felt like a movie marathon, starting with a wild-west action movie progressing to comedy and culminating in art. Overall, it was a box office hit! 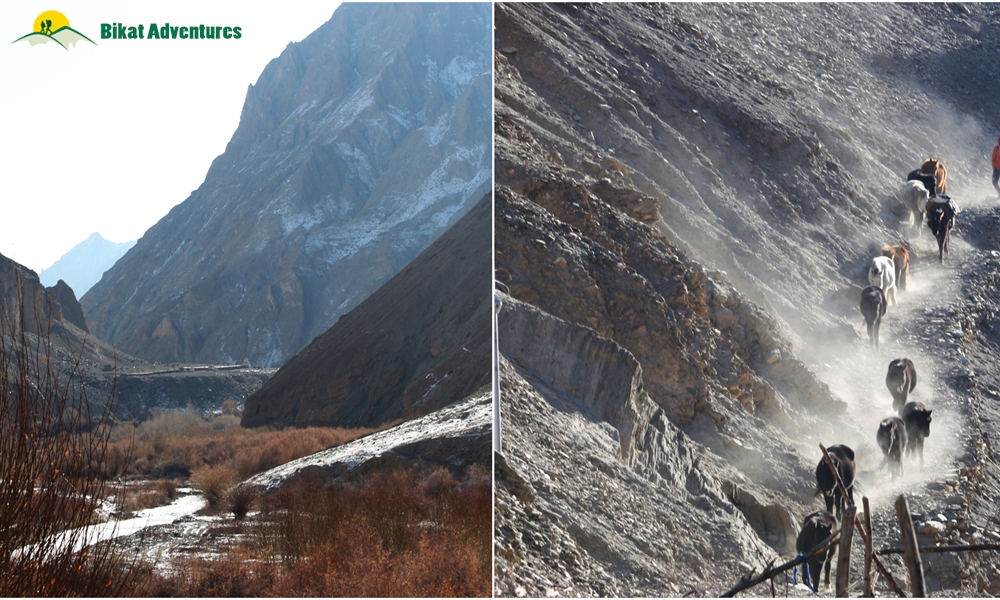 The secrets of life are always realized as an after taste.

Every day was a surprise for me at Markha Valley. On the trails, I witnessed many sacred monasteries which had rocks engraved with Buddhist mantras. The legends say we have to stay on the right-hand side while crossing them.

After thinking about it for some time, I understood the science behind it. When villagers cross our path with their cattle, we tend to naturally take the riverside or the valley. In our trails, the mane walls and monasteries were strategically placed in a way to guide us on the right path. This level of intricacy combined with spirituality was enlightening for me. 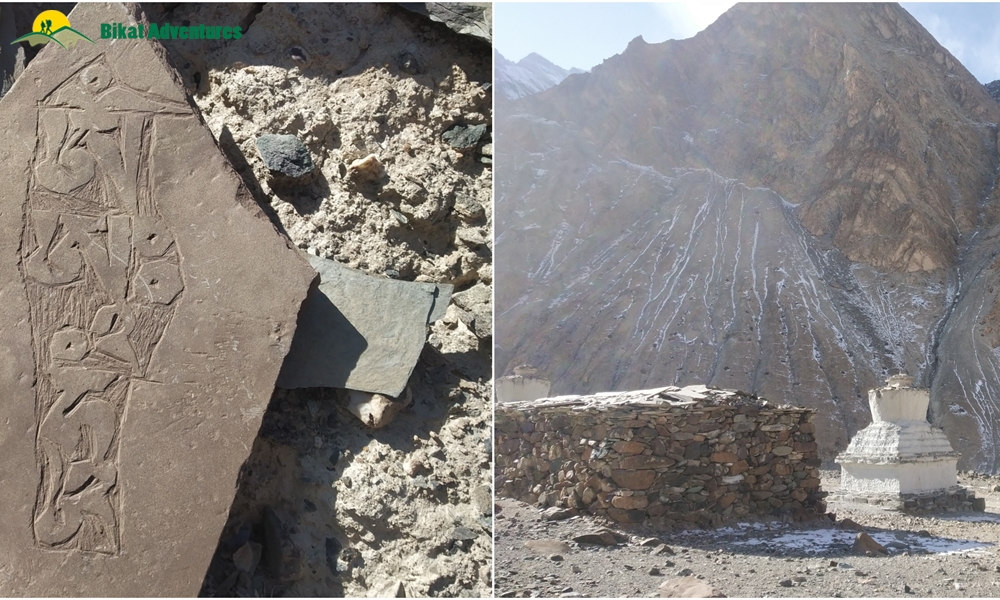 In the darkness, we find the light.
In the chaos, we find peace.
In the cold, we find warmth.

The day came when the temperature at one of our campsites dropped to – 30 degrees Celsius. Our confidence and willpower froze along with everything else. We couldn't even move to fix our tents and settle down.

The downhill winds were brutal. At that moment, our leader came up with an idea. Outside of our campsite, there was a small room reserved for dining. All trekkers, fourteen in total, took our sleeping bags and squeezed inside the dining tent. Within a few minutes, our morale rose, and we were all laughing at the scene around us. Together, we found warmth and comfort in each other's company. At that exact moment, another realization struck me. We are never alone. Happiness and sadness can always be handled better when it's shared with others. 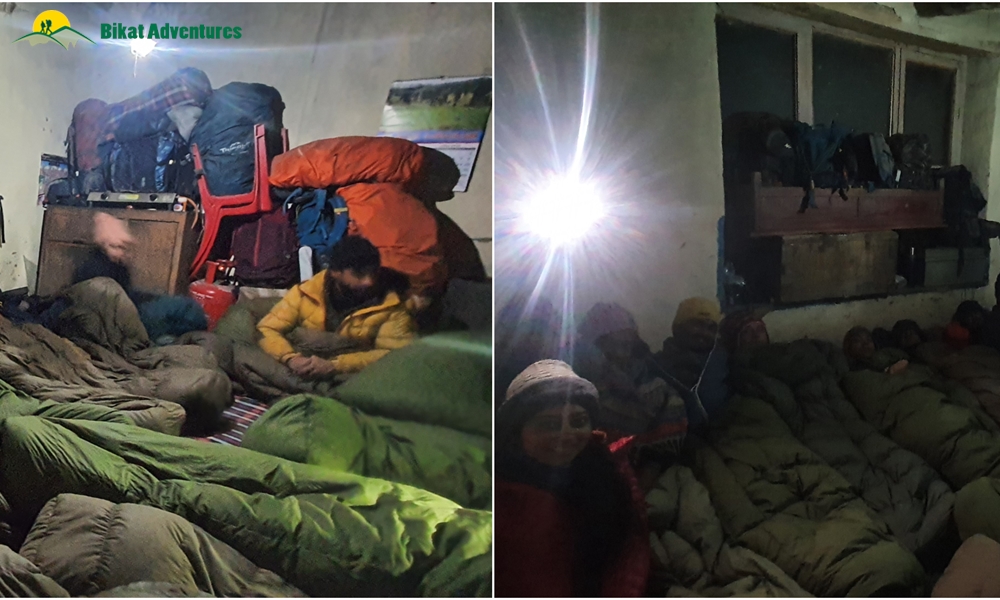 Finally, the day arrived when I made it to the main vantage point. From the top, everything was sheathed in white. It was truly a winter wonderland. In the sight of the mighty Kang Yatse peaks, I felt like a puny soul.

At that moment, I had my final realization. Markha is one of the best things to happen to me this year. After enduring temperatures that go down to -30 degrees, I now feel charged up to embark on more daunting expeditions in the upcoming months. 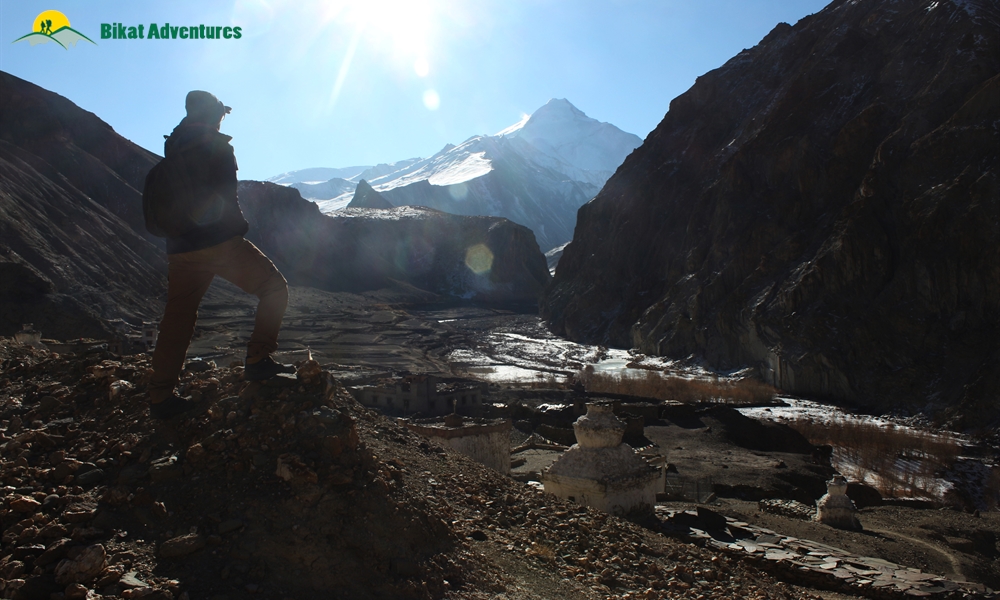