Peaks and glaciers around Vasuki Tal

The Garhwal Himalayas draw top-notch climbers and spiritual seekers from all over the world. Everywhere you turn, you’ll see a giant peak in front of you. Some are sacred; central to Hinduism, while others are just sheer beasts that only a few have dared to summit.

Here are some legendary peaks and glaciers we came across on the Vasuki Tal trek: 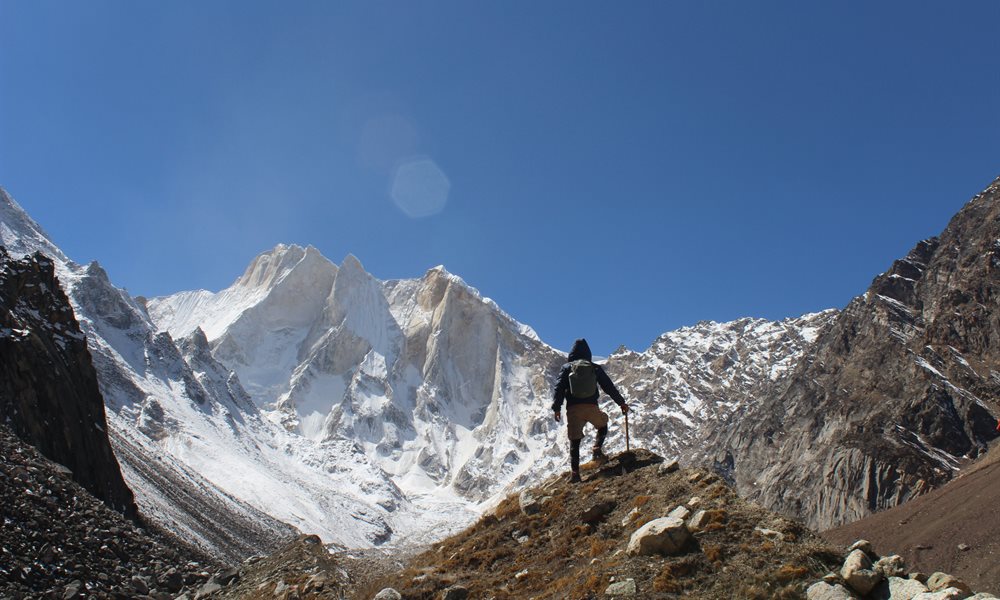 Why is Meru Peak special? Because of it’s history of failed summit attempts, specifically on the Shark's Fin route, the central peak of Meru. More people have gone to the moon, than summited via the Shark's Fin.

No one had summited via the Shark's Fin until 2011, and ambitious climbers had been making attempts to summit this peak from the past 30 something years.

Just a handful of serious climbers know about Meru Peak. The height does not matter, nope it is not as high as Mt. Everest, but what matters is that it’s tougher. Only 3 people in the entire world have been able to go up the ‘Shark Fin’ which is basically a 500 meters vertical granite rock wall at the very top and summited this peak. It requires an immense amount of climbing experience and ice/rock walls found on this mountain are considered to be some of the hardest climbs in the entire world.

There is also an epic documentary called 'Meru' that will leave you inspired, featuring the 3 daredevil climbers who went up the mountain and Jon Krakauer, the author of renowned books ‘Into the Wild’ and ‘Into Thin Air’. 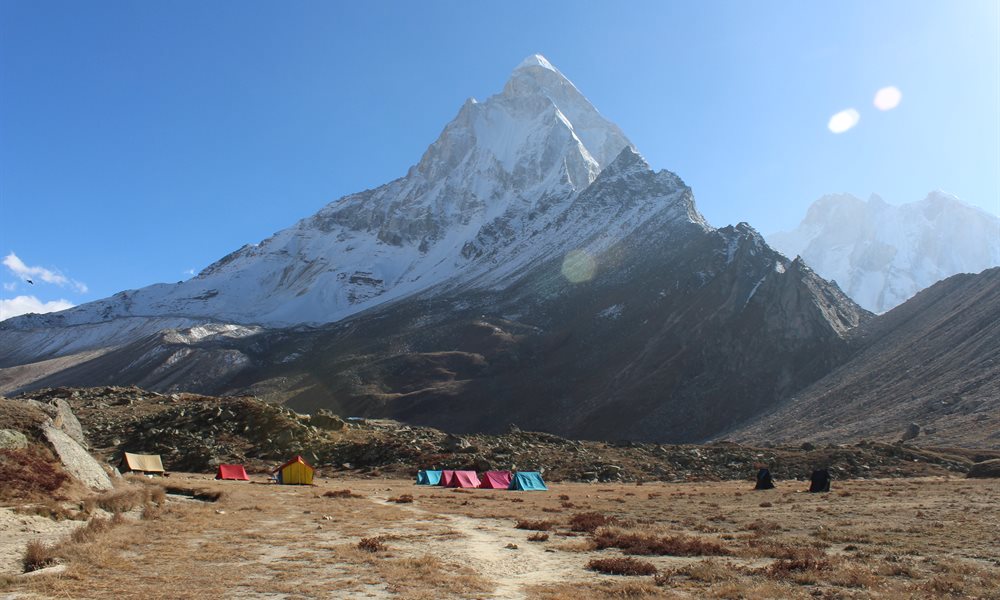 Shivling peak is adored, praised and worshipped by many, just because of it's iconic shape. If you look closely, you might be able to spot the Shiva Linga shape close to the very top of this mountain. I tried hard to find it, but I couldn’t but my trek leader was able to spot it right away and was over the moon about it. A lot of believers trek till Tapovan just to rest their eyes on this peak and meditate here.

Now that was the religious aspect of this peak, it is also famous in the mountaineering world as a challenging technical peak. Tapovan serves as the base camp for Shivling peak expedition. And during one of our acclimatization walks on Tapovan, we got a chance to chit chat with the Shivling expedition team there and they informed us about the level of difficulty of this peak. 2 of their best climbers had successfully summited the peak, while 2 other climbers returned with frostbites on this fingers and nose. There is no place to pitch a tent given the shape of the peak, so you sleep in a portaledge, in extreme freezing temperatures. We were already dying of cold at Tapovan, and it was hard for me to imagine anyone hanging from a mountain, fully exposed to the wind, getting any kind of rest. Climbing mountains is madness.

Picture of Shivling Expedition team’s base camp at Tapovan. 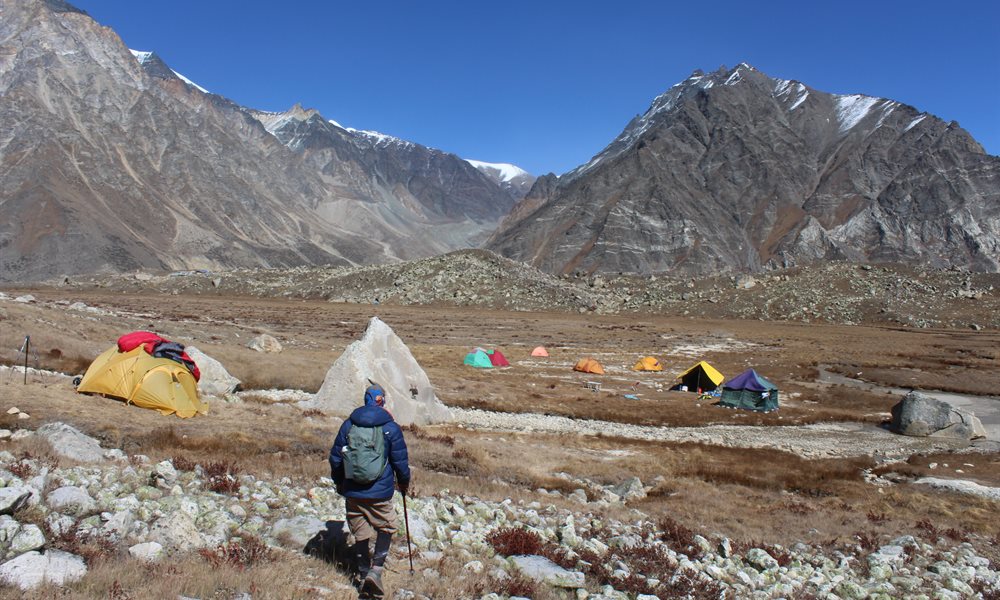 Okay, apologies in advance, but Gaumukh was the unsexiest (if that is even a word) glacier I’ve ever seen. It by no means is pretty, but despite its looks, it is one of the most precious religious sites in Hinduism and it was a privilege to see the glacier up close.

Gaumukh glacier is the source of river Ganga and we saw pilgrims trekking barefoot or in plain socks till Gaumukh with a container in their hand, so they can collect ‘Gangajal’ (pure water of river Ganga) right from the source, and take it home. Gangajal is said to cleanse you of all your sins and is considered important to complete all religious activities. You will find Gangajal carefully stored in a small container in a lot of Hindu homes and is used during important prayers. Whether it’s childbirth, wedding or a death in the family, Gangajal is said to purify everything. 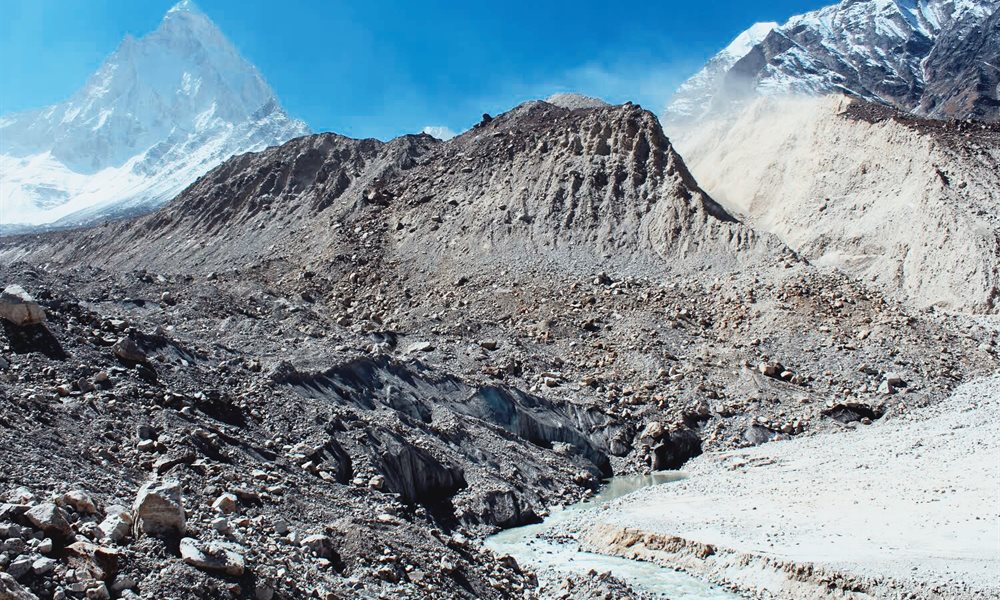 You will also see the Bhagirathi peaks at Tapovan campsite, right opposite Shivling peak. Bhagirathi has three major peaks, and they are named after King Bhagirath. Now, I could not get much information about legends or myths behind these peaks but for me, these 3 sisters, are one of the most beautiful Himalayan peaks I have ever seen. They are a grand sight to behold, and I am sure, a priced accomplishment to climb. Also, did you know, one of the the two tributaries of river Ganga is also called Bhagirathi? 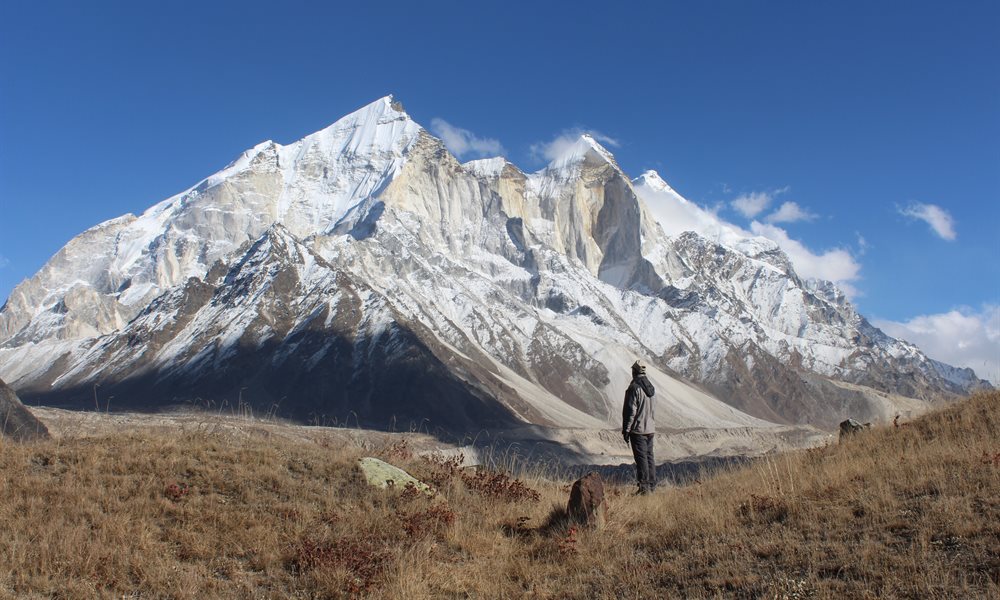 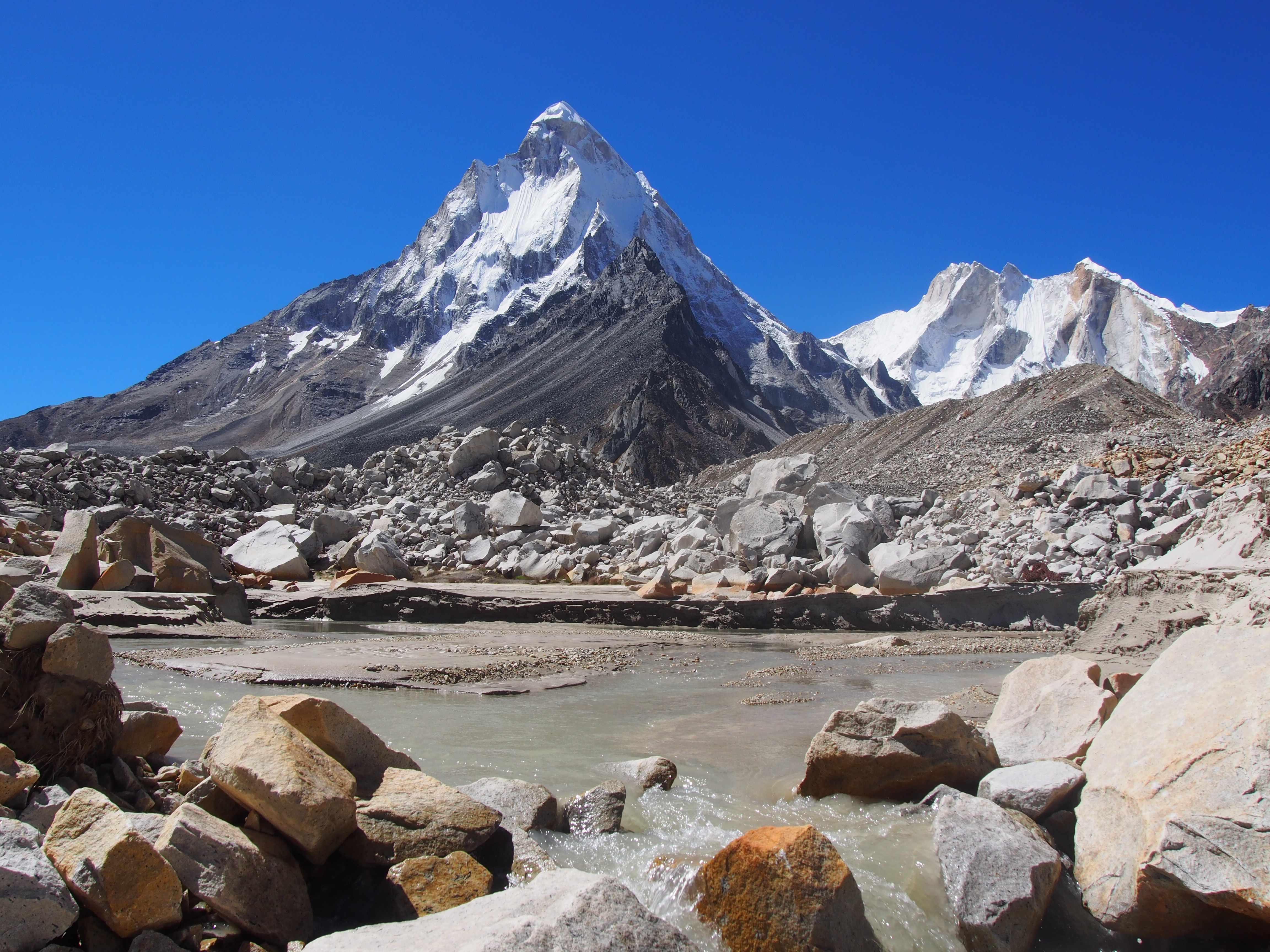 In Christianity, a snake is a symbol of evil or the devil but in Hinduism, snakes are worshipped, and they symbolize fertility, rebirth, and mortality. It’s all a matter of perspective, isn’t it?

Now, why are we talking about snakes? Because according to Hindu mythology, Vasuki was the ‘King of Snakes’ and was the snake worn by Lord Shiva around his neck. This peak given its serpentine ridge and close proximity to Shivling peak is thereby named after the King of Snakes. Again, this peak is not an easy one to climb. It’s technical and challenging, even for the most experienced climbers.

Every mountain has a story to tell. Some have been written and some are yet to be written. If you look beyond the famous seven summits, you’ll discover that height is not the only factor that defines a mountain. Just like human beings, mountains have a personality too. Garhwal Himalayas are a haven for mountaineers and pilgrims alike. No matter what your reasons are for venturing into that region, you will no come back disappointed.