9 Reasons To Do The Everest Base Camp Trek

The Everest Base Camp trek is one of the most popular treks in Nepal. It attracts trekkers from all over the world. Being a moderately difficult international trek, quite a lot of planning needs to be done before you decide to do the trek.

Some of the most important questions which you must ask yourself before you decide are:

Most of the trekkers have the Everest Base Camp Trek on their bucket list. They chose the season according to the kind of experience they want to have on the trail as there really is no best time to do the trek. But when it comes to finding reasons to do the Everest Base Camp trek, the answer is quite simple. You just need all the information in one place.

Find Out How Everest Base Camp Trek Is, As You Read Ahead. 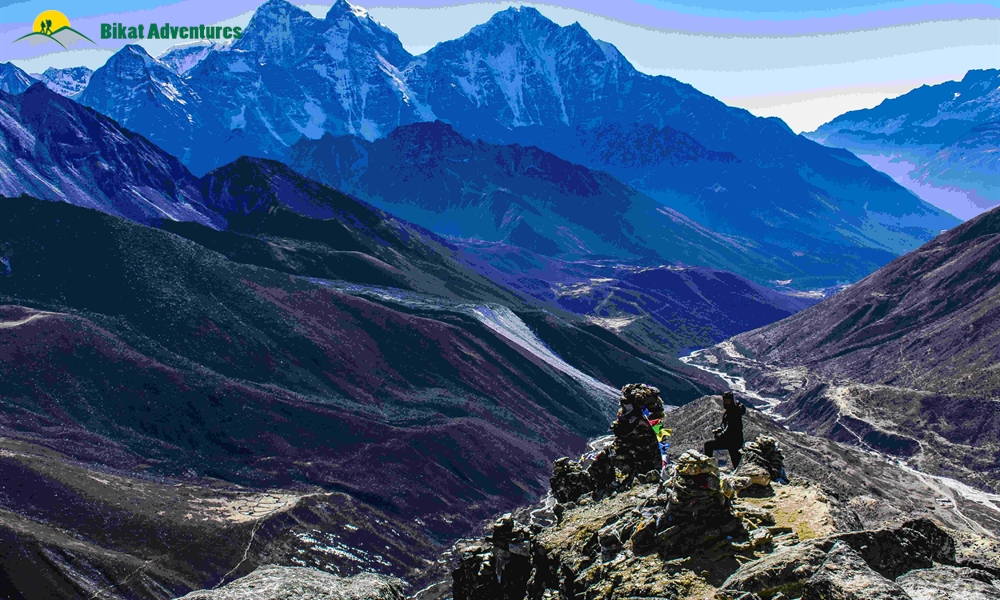 The Beautiful Everest Base Camp Trek In Nepal

Being a tourist hotspot, Nepal had garnered a lot of love. It has also been bestowed with many peaks and a large part of the Himalayan range. Having these mountain peaks in its kitty, there are many famous trails that Nepal offers. Apart from the large tourist base, Nepal is also a trekking paradise. The Everest Base Camp Trek is one of the most famous treks in the country. Trekkers from all over the world look forward to doing this trek. The EBC trek has become an international celebrity. 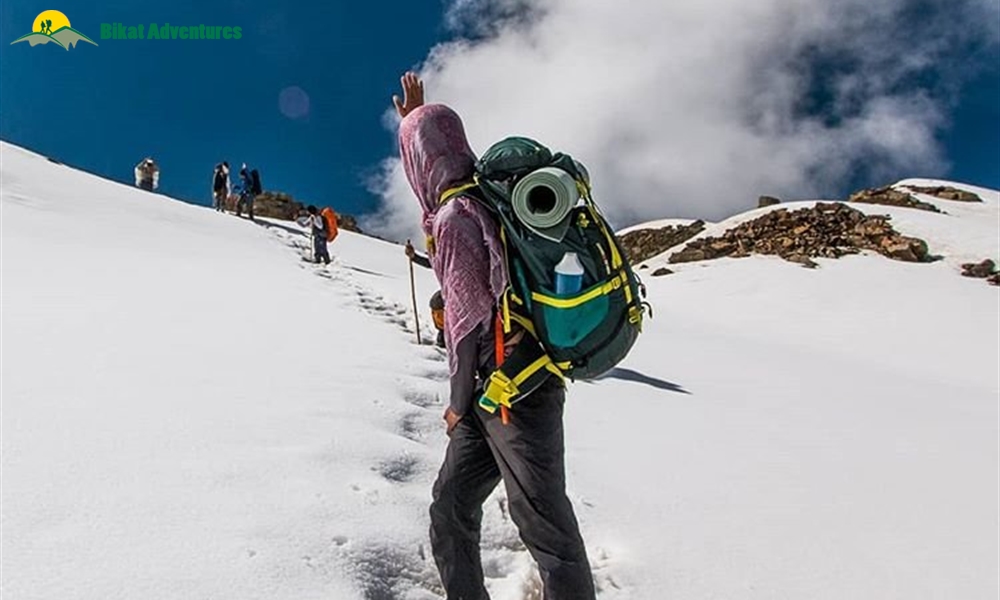 Trekking To The Everest Base Camp

The shortest and the easiest way to reach Lukla is by air. And trust me the flight is an adventure in itself. The Lukla airport is situated at the top of a cliff. The flight over the mountains offers unbelievable views. The short runway drops straight down at one end. Being one of the shortest runways in the world, the whole experience of landing on it is quite thrilling and scary at the same time. The Lukla airport gives you a perfect taste of what lies ahead of you in the Everest Base Camp trek. 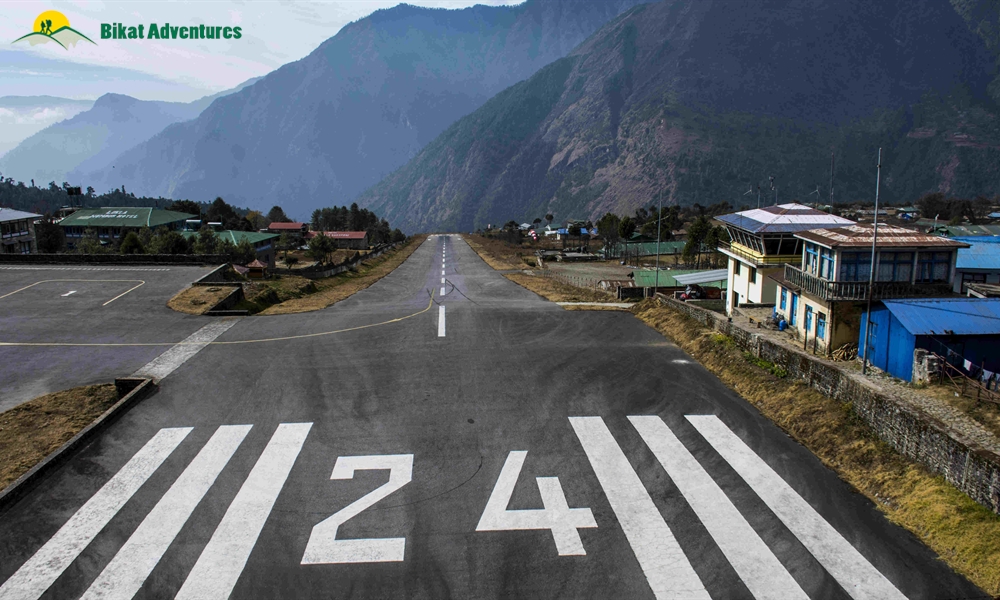 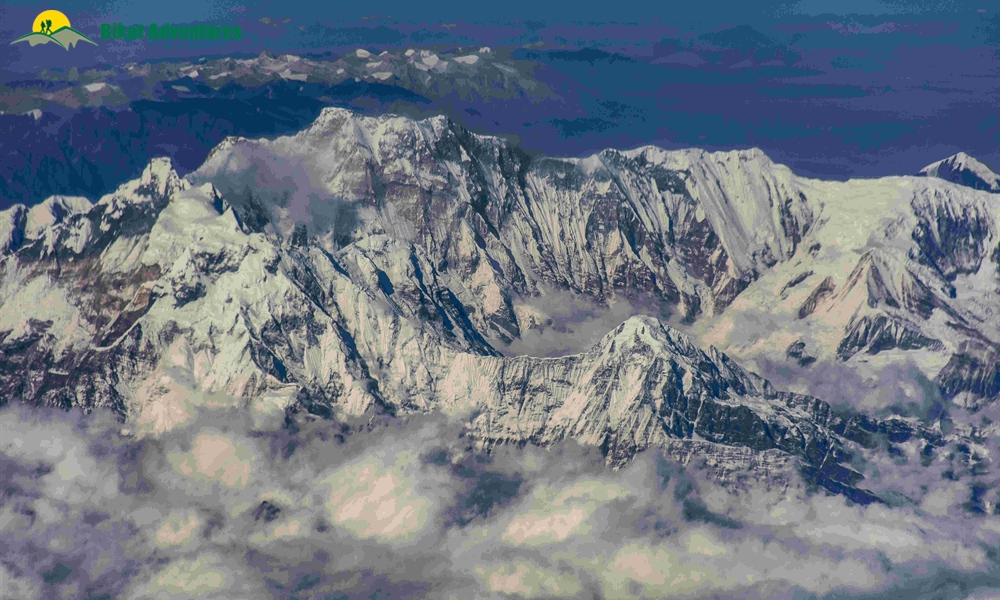 Breathtaking Views From the Flight

The trail of the Everest Base Camp trek goes through dense forests of the Sagarmatha National Park. The alpine rocky trail offers some of the most astounding views of the mountains surrounding it. Unmatched beauty of the flora and the fauna is a treat for the sore eyes. If you are lucky enough, you might spot a snow leopard. The Birch and bamboo forests of the national park make it highly scenic. Owing to its magnificent beauty the national park is a UNESCO world heritage site. 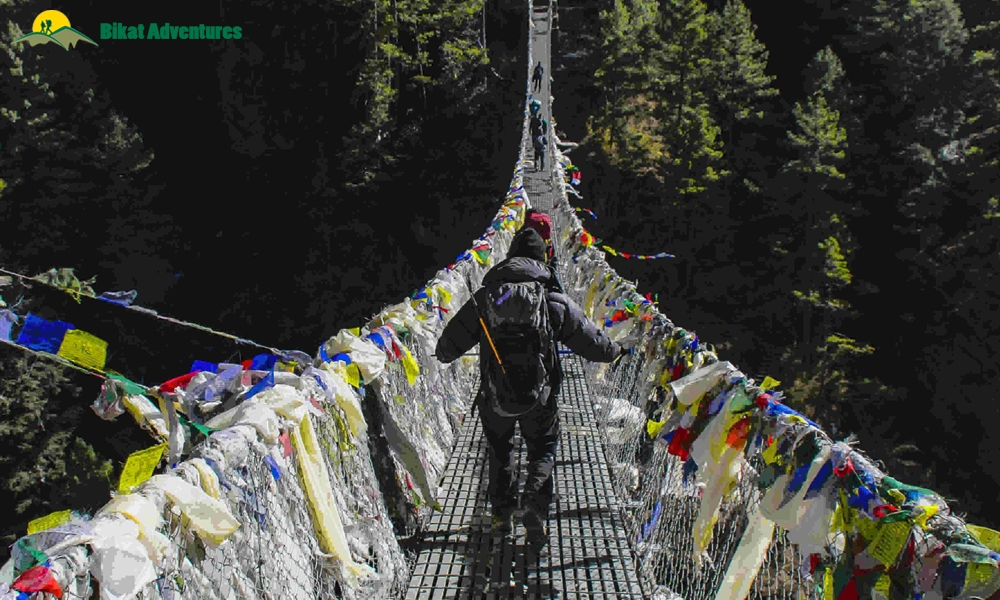 A small town in the Khumbu region is the stop for all the trekkers attempting the Everest Base Camp Trek or even for those trying to scale the mighty Everest. This popular mountain town has an amphitheater-like topography and offers splendid views of the peaks like Kongdi Ri, Thamserku and of course the Everest. Most of the Sherpas are from this region. This town is a great shopping stop for the tourists and the trekkers. Namche Bazaar is often referred to as ‘the gateway to Everest’. This town gives you a chance to become a part of the local culture and traditions. 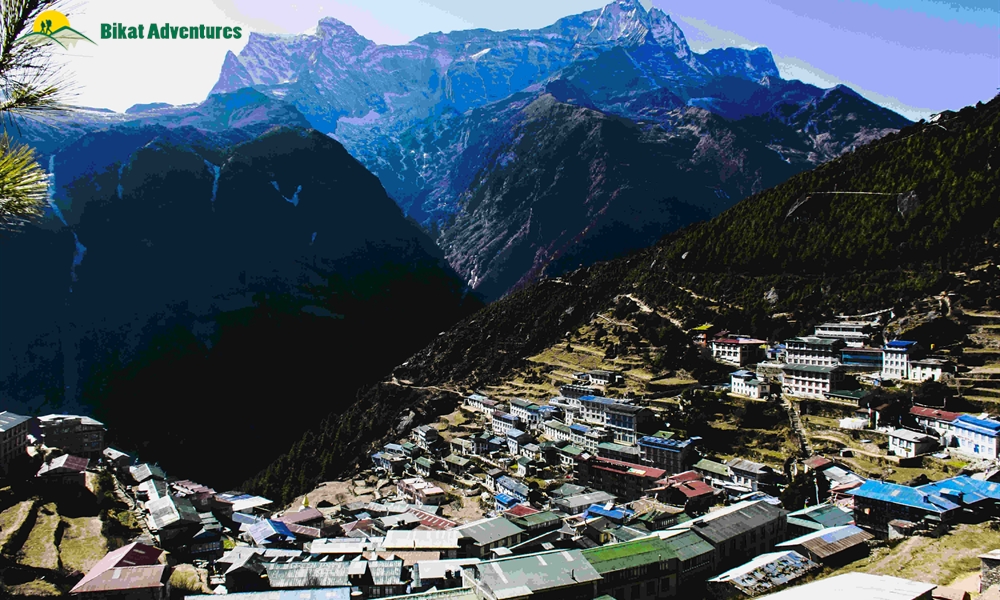 The Namche Bazaar On The EBC Trail

The Sherpas or as I like to call them, the superhumans play a major role in the trekking industry of Nepal. They are the backbone of the industry and it is only due to their selfless services that many trekkers or mountaineers are able to scale the Everest. In their entire lifetime, some Sherpas climb the Everest more than 10 times. Can you imagine that? Their strong cultural heritage, love for the mountains and nature along with their strong physical abilities make them unique and essential to the trekking industry. Getting a chance to hear their stories and share time with them is one golden chance that every trekker looks forward to. Everest Base Camp trek gives a chance to have this rendezvous with the Sherpas. 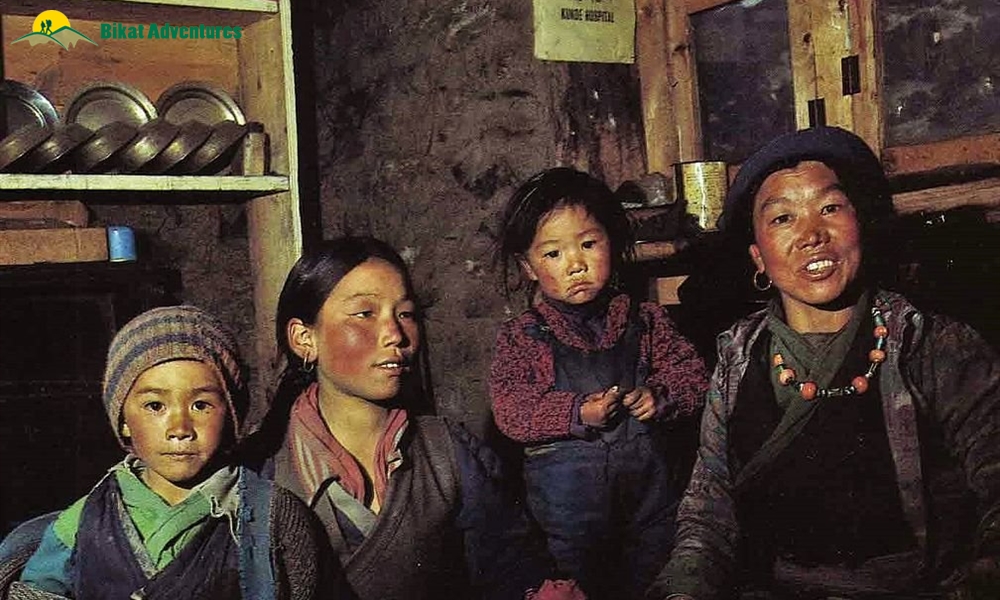 The trek to the Everest Base Camp is not just a physical journey it is a spiritual journey. Nepal is home to many beautiful monasteries. You encounter many small Gumbas and Chortens on the trail. But the Tengboche Monastery is the most popular one that you will come across. The exemplary beauty of the monastery will leave you awestruck. A sense of calm and peace surrounded the entire monastery and one feels refreshed. The Rhododendron trees and the mountain tops covered in snow add to the beauty of this man-made wonder. 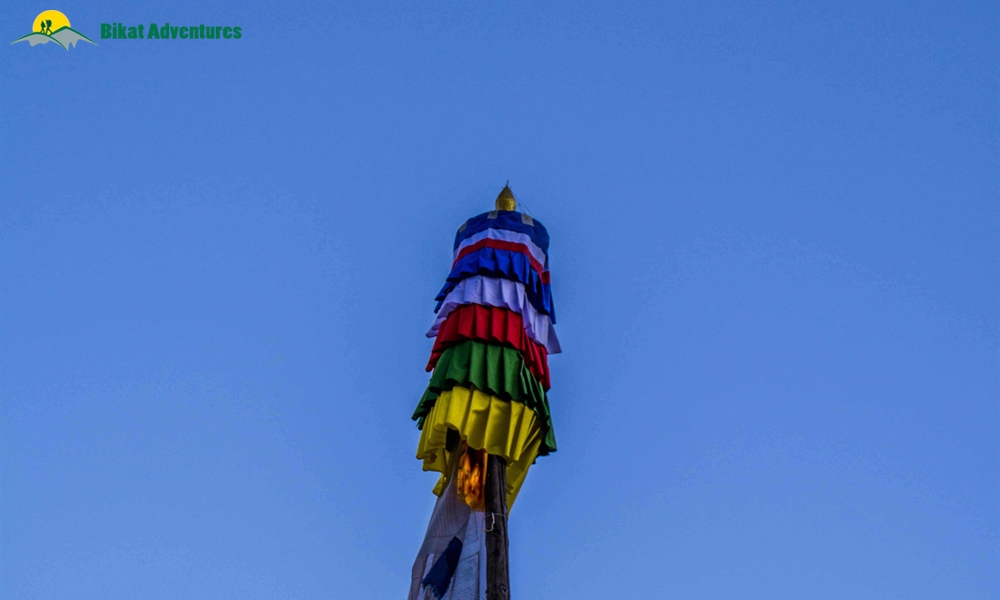 On The Trail Near The Tengboche Monastery

7.) The Final Destination (Everest Base Camp) itself

Upon reaching the Everest Base Camp, you will feel overwhelmed. A feeling of fulfillment and victory will wash over you. You will be surrounded by a panoramic view of the Himalayas. The intensifies beauty around you will make you feel the worth of the trek. The Everest Base Camp is the perfect reward for the 12 days spent of the trail. 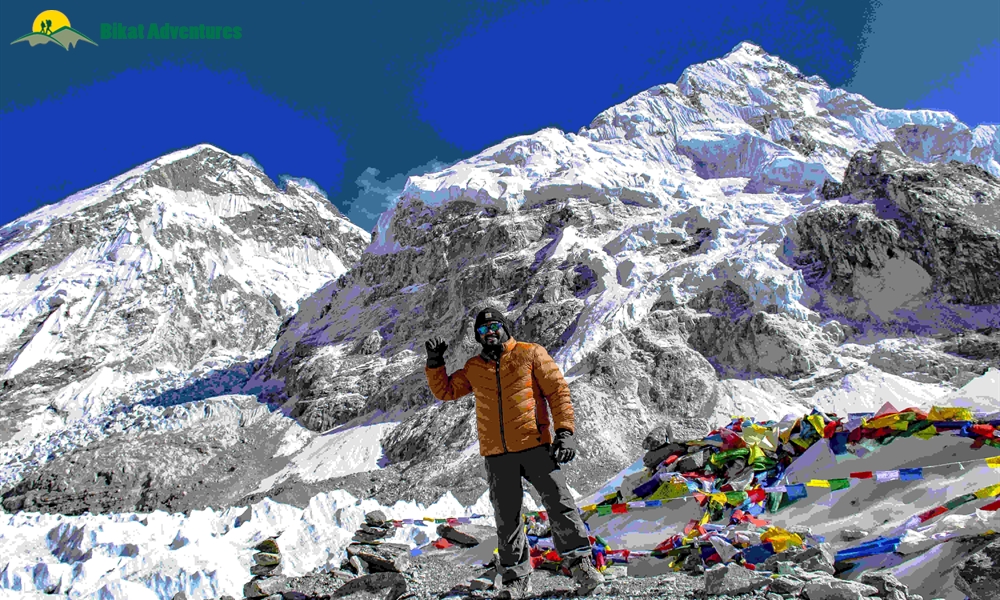 At The Everest Base camp

Most of the small Nepalese villages have the teahouse culture. They are small establishments where you can half for a cup of tea or stay overnight. These teahouses are run by the locals of the village. You get a chance to mingle with them and get a glimpse of the culture and the traditions. Most of the villagers are extremely hospitable and warm people and you will feel instantly welcomed by them. These teahouses also give the trekkers a chance to have a good nights sleep and a comfortable stay making the trek a lot easier. 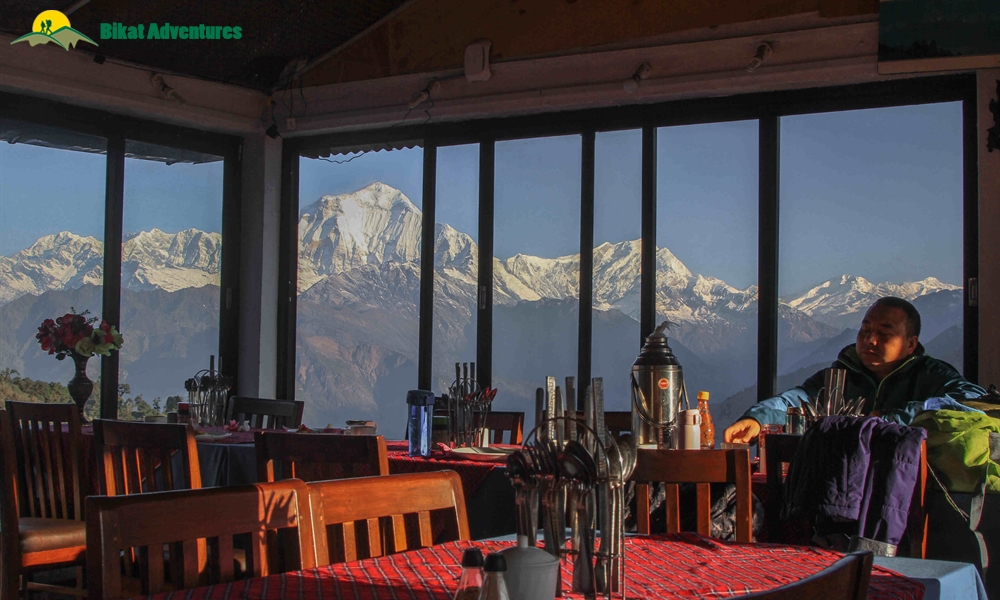 The Teahouses On The trail

Even though the Everest Base Camp offers splendid views of the Everest many trekkers take a short hike to the Kala Patthar to get a better a and a closer view of the giant. This short hike takes you to a point from where the Everest feels very near, almost touchable. 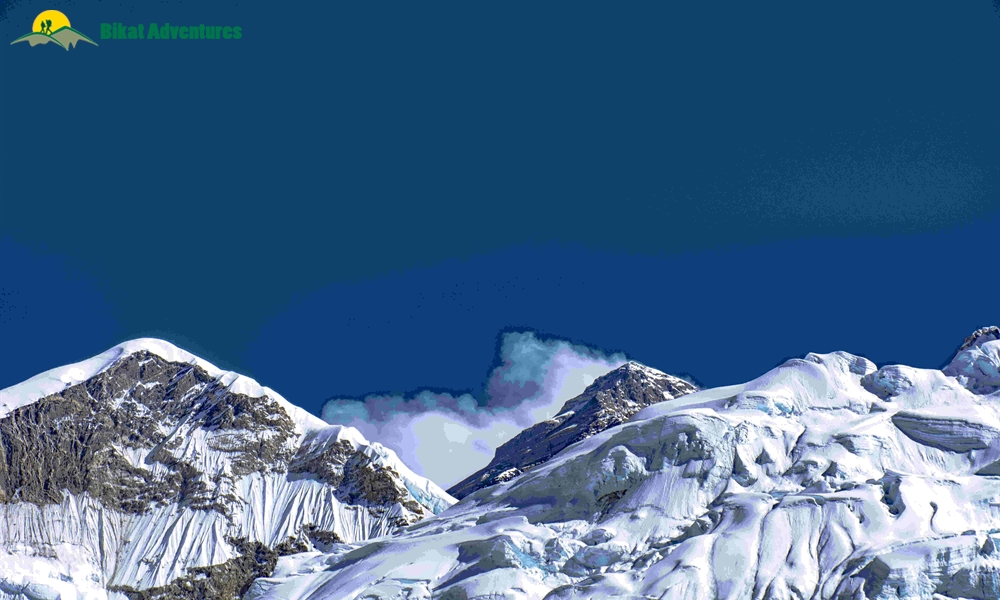 One does not really need to a list of reasons to do the Everest Base Camp trek. The beauty and the charm of the trail are enough to make trekkers hit the trail. But in case you were confused at all, the above-mentioned reasons will make you want to do the EBC trek.

So, why do you think you want to do the Everest Base Camp trek, let us know in the comments.

Looking for a complete packing list for the Everest Base camp trek, find all the information here.

We have also opened the offbeat yet vibrant Khopra Ridge Trek in Nepal which shows how underrated this trek is in Nepal for trekking enthusiasts.

Here's an Everest Base Camp Trek review by Mr. Srijan Banerjee who has successfully completed the trek stating his joys as well as difficulties during the days spent on the trail.

He says, "I had EBC in mind from childhood, every time I saw a documentary or a movie about Everest, the wish grew stronger. Finally, I got to go from 22/12/2017 to 06/01/2017. 31 December being the fateful day when I reached and stood on EBC. It is a glamorous and strenuous trek in equal proportions. For 14 days, It offered breathtaking views of Mt Ama Damlam, Mt. Makalu, Mt Nuptse, Mt. Lothse and oh, Mt. Everest, on one hand, and crazy, also breathtaking, climb to Namche Bazaar, Tengboche and Pangboche on the other. Namche Bazaar in itself is an enigma, a not so little, village tucked neatly into a pocket in the middle of Sagarmatha national park. Everest base camp, the spot, overwhelms easily- it gives you the obvious sense of glory and achievement but accompanies that feeling with one of slight craving - so close, yet so far. when you stare at the curling Khumbu icefall, the high way to the roof! Overall, It was a trekkers paradise, the food, the drinks (do not miss hitting the bars at Namche on your way back), the Everest immemorial, the people all leave a very lasting impression."