5 mistakes that most trekkers make!

The trekking community is getting mature by the day and thankfully not all of us need to learn the way our previous generations did...by making mistakes! Sharing with you the top five on my list (incidentally, I realized that it was topping the charts for many of my fellow trekkers as well!). Some of the frequent trekkers may say “how true” and many others may not agree (they would have their own list to share). But none the less, those who haven’t made their quota of mistakes yet, can choose to find something new to learn ☺ !

1.   “Drinking water too frequently will make me slow down”

When I started trekking, there were all sorts of advice that I got regarding drinking water. Some said have as much as you can and some said drinking too much would cool your body down, so avoid as far as possible. What I did was to follow the latter. A lot of times just to maintain my pace on a trek, I would avoid drinking, because getting ‘stuck’ at the back of the group was too much of an ego issue. Well that in itself is a problem that I had but let’s talk about that sometime later! Anyway getting back to dehydration, while trying to be ‘cool’, I dehydrated myself many a times, leading to cramps, which made me contemplate on the advice given to me. I saw some friends doing well without drinking much water, but then again, I realized these people did not perspire much during the climb. Naturally, I figured that there was some connection and tried to change my trekking style. I started carrying a lot of water with me and of course drinking as much as I felt like. In fact, it worked so well that I never had cramps again!

Even after all these years of trekking, if you ask me what’s the ideal amount of water one should drink on a trek, like a true management student, I’d say “Well it depends”!

But depending on your body capacity, you should have enough water during the trek. The only precautionary advice is that you should not gulp too much of water at one time, since it may cause cramps in the stomach.

Don’t follow random advice against the signals from your own body. Drink as much as you feel like but don't gulp down in a hurry. You can also try some additives like Glucose, Electral, ORS solution, or even simple salt in case you feel exhaustion.

2.   “I am such a pro that I don’t need acclimatization” Being the Gamma in the land of Lama!

“Those who know swimming are most expected to drown” I don’t know who said this but it holds true most times. Those who are new to trekking may also suffer from symptoms of mountain sickness due to lack of knowledge or because of undue exertion. However, it comes as a mistake for those who are familiar to trekking. The saying of the Gammas is often heard in high altitude areas from professional guides. Even I thought that since I have trekked so much in the past, I should not face any issues in acclimatization....I could not have been more wrong!

The cause of any high altitude sickness is typically due to improper acclimatization which leads to an imbalance in the body. The condition is often times aggravated due to undue exertion or an unreasonable ascend (more than 12 hours in a day) or even due to alcohol. Symptoms are headache, nausea or even vomiting, loss of sleep, loss of appetite, fever, weakness, dizziness, and memory loss. Actually the problem with mountain sickness is that we don’t often realize that it’s there! So, the golden rule mostly offered is “Whenever in doubt at high altitude, assume its mountain sickness”. It’s completely normal for anyone to feel (even the pros!) these symptoms and your body is very well equipped to handle them.
Read more on Mountain Sickness

1. The first step if you feel such issues is to consume as much fluid as possible and stop further ascent, if feasible.

2. Whenever you stop at a high altitude camp, always camp at a lower altitude than what you gained during the day.

3. Always go for an altitude gain walk before camping, if camping at the highest point of the day like base of a pass or cliff.

4. Be active and don’t sleep as soon as you reach high altitude area.

3.   Didn’t carry enough warm clothes or even worse kept some of them inside the bag!

Wet socks and not having any spare, bare hands on snow, these are not uncommon scenarios on a trek, despite all the advice shared. In the quest to have the lightest bag pack, or not taking enough time to plan and pack for the trek – these are common reasons for such a problem. And I am no exception to these mistakes.

Chilblain, Frostbite, Metal bites – Cold injuries are (as is evident!) are caused due to exposure to sub-zero temperatures. Our body and especially the skin are not used to handling such low temperatures at a regular basis. The parts of the body that are impacted the most by cold injuries are fingers, toes, ear lobes, nose, cheeks, and buttocks, because they have the maximum probability of exposure to cold.

It’s easy to miss on small things to pack ... so get a Packing List. Not to say that you should carry too heavy a rucksack, but make sure you pack as per prescribed list. Generally these lists cover all the spares you might need. If you are trekking all by yourself, then get one from Bikats for free!

4.  Forgot my sun glasses on a snow trek and did not know any jugaad!

When this happened to me, I thought I was having some sleep disorder! I had not brought my sunglasses and didn’t know the problem that it can cause. Snow blindness is caused due to one’s eyes getting exposed to excessive radiation. Snow absorbs only about 25% of the light falling on its surface compared to almost 95% absorbed by a dense forest and hence this excessive radiation, by looking into snow can damage the capillaries in the eyes. The situation can be quite painful and is accompanied with continuous water running down one’s eyes.

Please carry your sunglasses. They aren’t for style, they are actually required !
Now, there can be one more scenario here: what happens if you lose or they accidently break while on the trek. Well, I haven’t come across any brilliant natural solution yet, but there are some jugaads that can be managed.

1. Try to cut down your exposure to snow. Even if it means staying back at a previous camp site or moving back, then do it! Because it would anyway not be fun to cross the snow stretch without a pair dark glasses.

2. In case that is not an option, try using a piece of cotton, draped around your eyes with very narrow holes, and place them just in front of your eyes. This should cut down the exposure.

3. Also, don’t forget to rest your eyes by keeping them closed as and when possible. Reach the next camp site as soon as possible and lock yourself in the darkest corner for some time to recover.

While tanning on a beach might be ‘cool’ but in snow, it ain’t that cool! I learnt this on my Manali – Leh cycling expedition when the sun burns kept hurting me for a month even after coming back.

This is the damage caused to skin due to excessive UV radiation exposure. As explained above, snow reflects almost 75% radiation falling on its surface and thereby increasing the UV exposure in similar proportions.

Best precaution, contrary to popular belief, is not Sunscreen lotion, but to keep your body as covered as possible. Wear full-sleeve t-shirts covering your arms, a well rounded hat, and a scarf covering your face & neck. If not possible, then sunscreen can be used. For continuous snow exposure, any sunscreen with SPF rating of 50+ is recommended. The biggest limitation of sunscreen is that we perspire while trekking and one has to keep re-applying it, now and then.


These are just some of the mistakes that I have made through my experience in trekking. I can only encourage you to be a bit more cautious on these fronts for and avoid such nagging issues that have the potential to spoil your experience. And for all those exploratory souls, please add to the list with newer ones....After all what’s the fun in reinventing the wheel!

Interested to know the topics discussed above in detail ? Click here to read more on Mountain Illness. Or write to us (info@bikatadventures.com) to share your own mistakes and if we find the experience suitable, we would share the same on all our public forums with full credit to you! Not just that, if it’s really good, then, we also have some surprise vouchers for you in store.

Wish you happy and safe trekking! 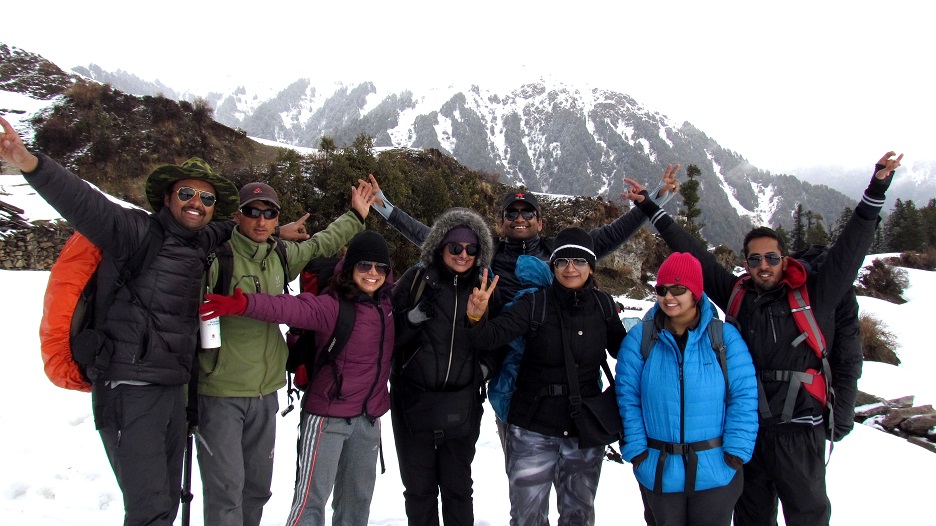