Walking in knee deep snow in the middle of a snowstorm and experiencing subzero temperatures are few things that this winter trek makes sure you confront. Though it is an easy to moderate trek according to websites it all comes down to survival with limited water supply and shivering temperatures. But as they say – beautiful things don’t happen to you, you have to earn it.

It all started 3 months back when I finally made up my mind for a snow trek and have zeroed on Kedarkantha trek after being amazed by the exquisite pictures all over the internet. Obviously, there were people who discouraged saying it would get difficult to survive with 5 layers of clothing and scarcity of water but in the end heart overpowered logic and I booked my tickets with Indiahikes. But I will definitely suggest people train physically for at least 2 months before and not to compromise on their trekking shoes and down-jacket (trekking poles as well).

Finally, the day arrived and I traveled to Dehradun by an overnight bus from Delhi. The trek starts from a small village which is around 10hours car journey from Dehradun. We stayed overnight in a house (more of a dormitory) where I started feeling the chill and got updated about the upcoming harsh weather conditions. We are a group of 25 people including trek leaders, assistant trek leader and a guide who has a pretty good knowledge about the trails. We were instructed of all the do’s and don’ts during the trek and the leader insisted on carrying 2 liters of water which later I felt was very helpful.

Next morning around 8am we started our much-awaited trek.

Going through picturesque hills on one side and small villages adorning the landscape on the other, the walk felt magical. One can always spot huts like droplets of vibrant colors on that serene landscape. Ascending through slopes and traversing through plain meadows, we reached a small dhaba on the way (the only dhaba where you can get some snacks and tea).

Soon after this, the surroundings changed into forests of alpine and maple trees. One can find small alpine cones (some brought them home as a souvenir) and also carcasses of hunted down domestic animals. The last part of the walk was a bit taxing but as it was less rocky it can be done with not much fuss. Soon we spotted the tents (Jalouta at 8950 feet) and finally, we reached there by late afternoon.

After some snacks and dinner, we moved to our respective tents and put enough layers of clothing to keep us warm. After midnight, we were happy to hear the sound of rain on our tents.

Next morning nature astonished us once more by painting the whole area white with fresh snow. As I stepped out of the tent, I thanked myself to believe my heart with fresh snow drizzling and my boots getting clogged by snow. After some quick breakfast, we started our next day wearing0 ponchos and raincoats.

Sunrise in the Hills 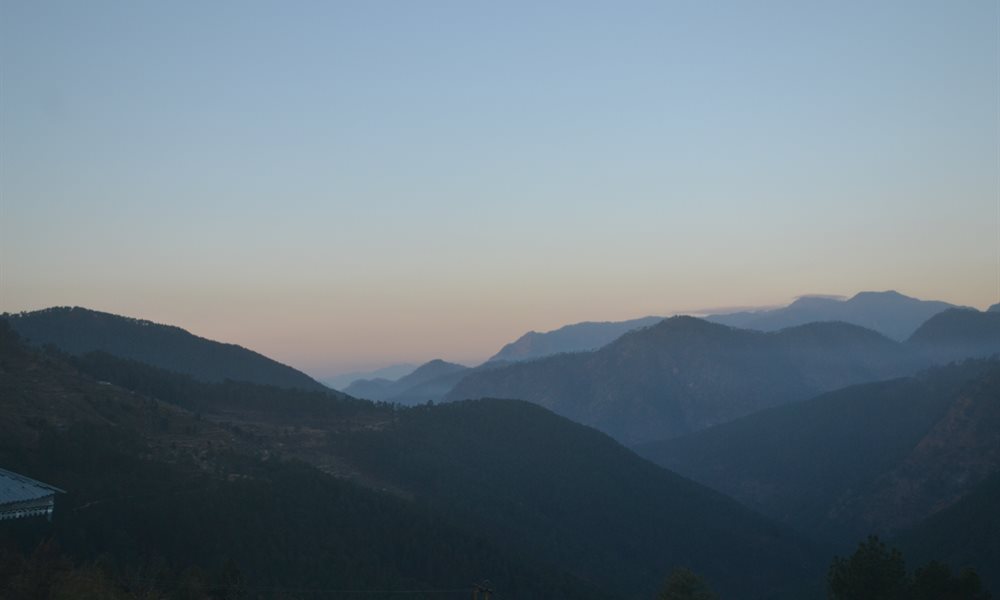 The majestic view of ranges 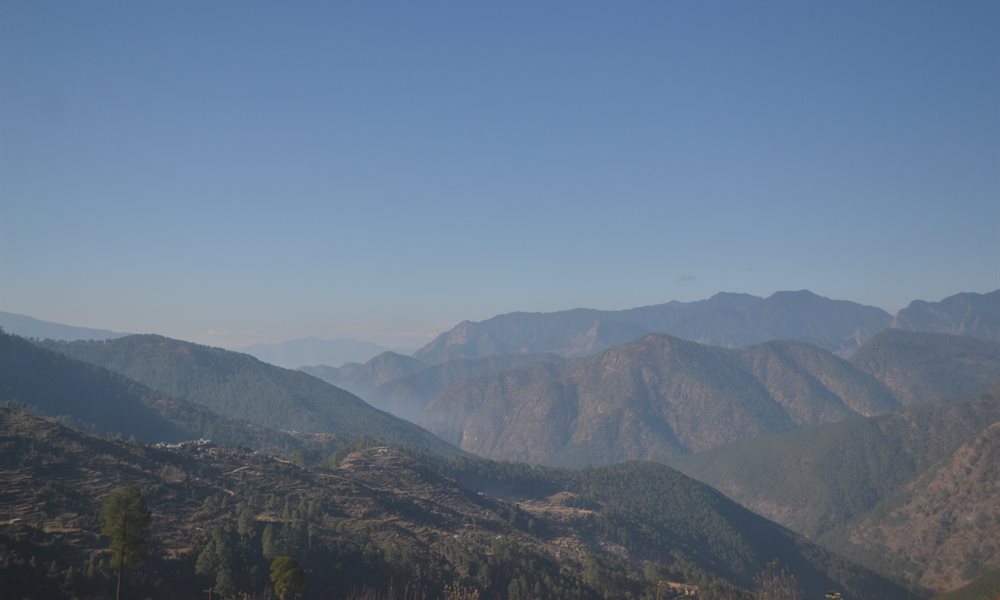 On the way to the summit 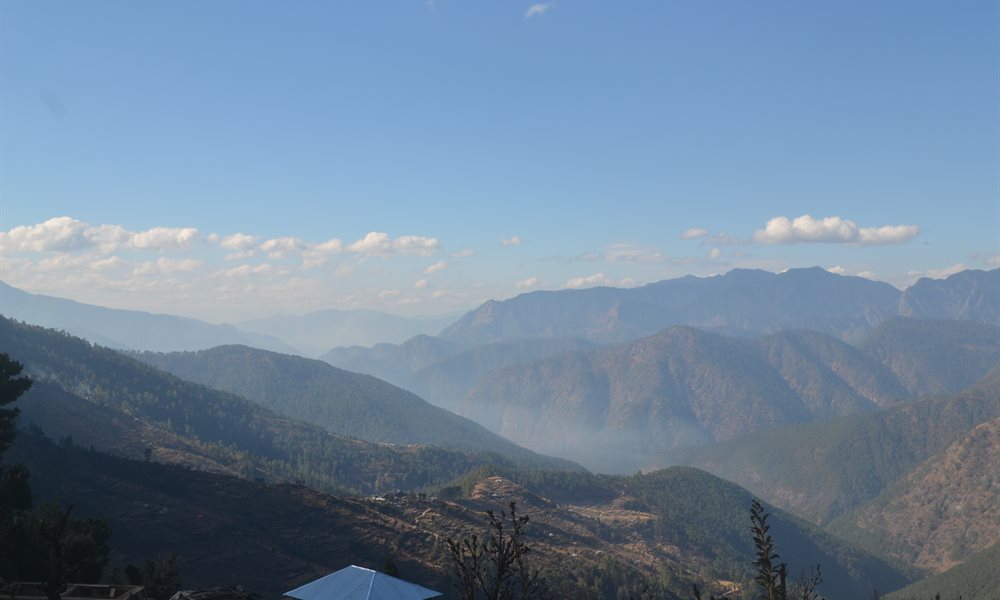 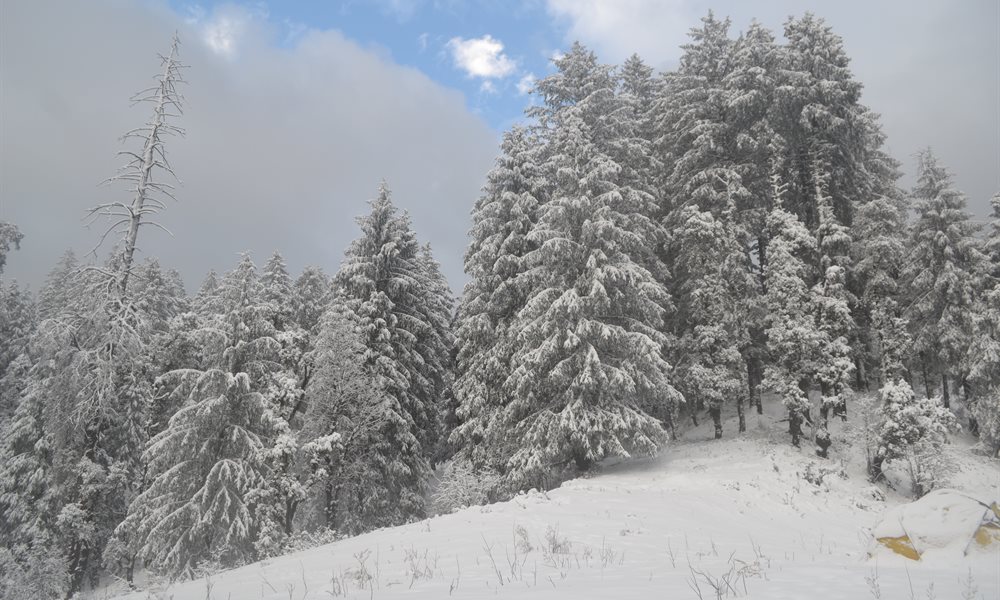 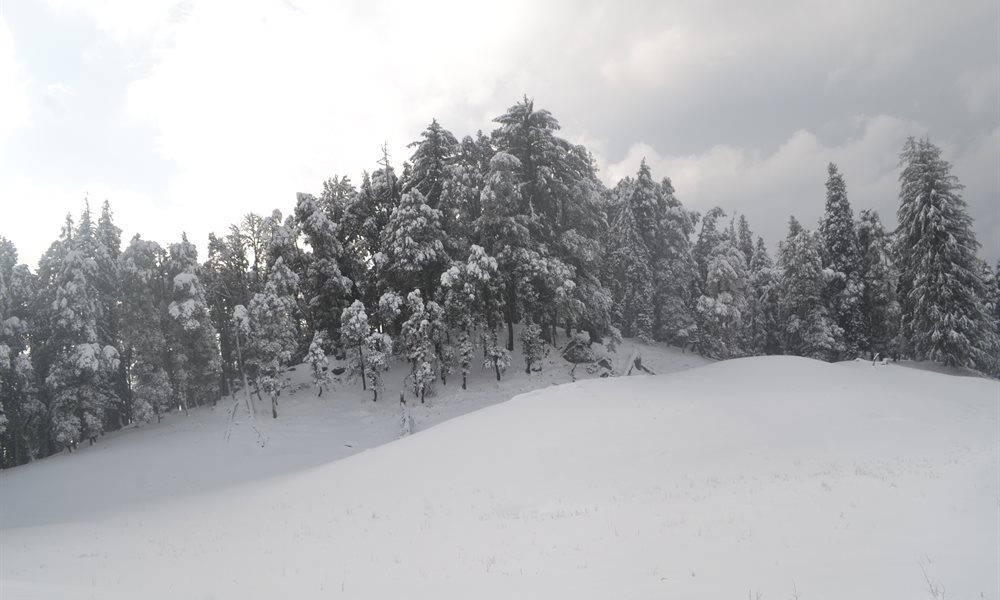 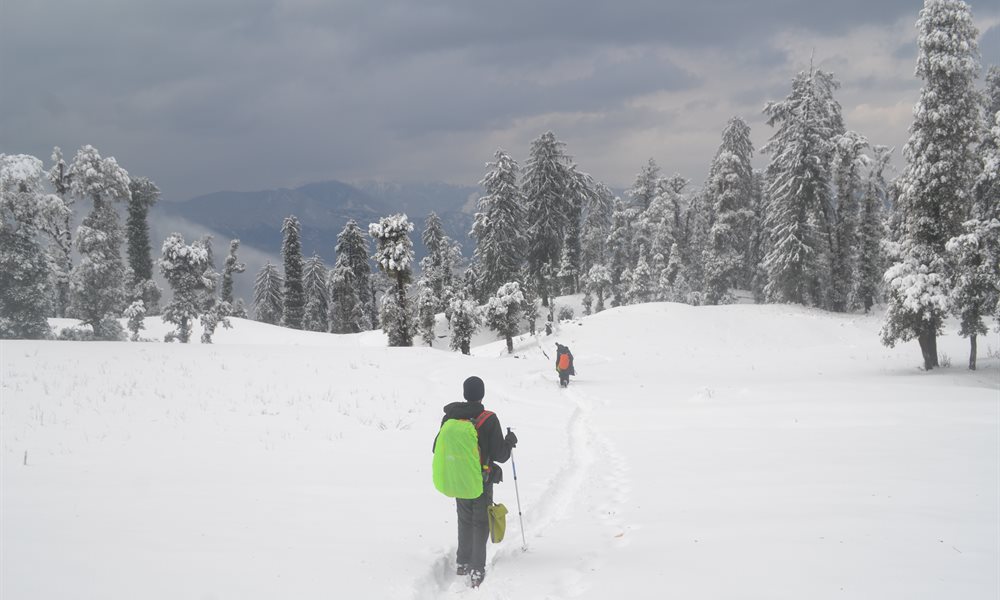 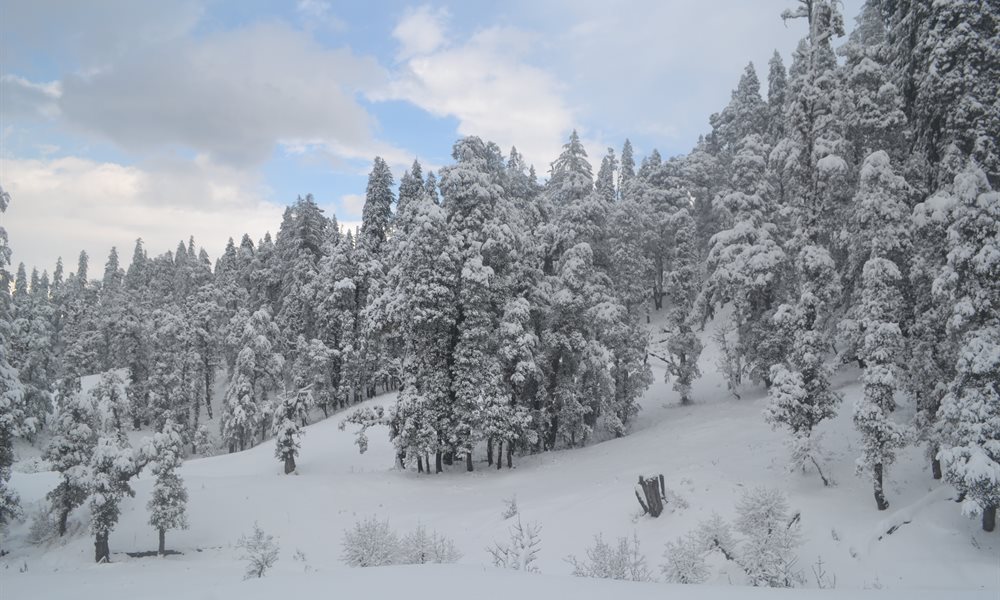 The trek was getting arduous because of extreme temperatures and snow blizzards. Pine trees were uprooted in front of us because of the burden of heavy snow on them. The whole forest got wrapped in sheets of white snow. One can easily familiarize with the scenes of Game of Thrones.

Being lost on the trail, heavy wind and snow inside our boots, the trek got suddenly changed into a matter of survival. After reaching the last base camp and finding it fully covered with chest-deep snow, our trek leader took the decision to turn around and get a separate way back. With heavy snowfall, minus 17 degrees walking felt impossible. The mules were also finding it difficult to move on.

Returning from such a close distance from the summit made us disappointed but when I look back now it seems the wisest decision ever taken. As saying goes, it doesn’t matter how far you have reached if you can’t return with your story of survival.

This trek not only taught us survival but also taught me you need to be wise and sensible in weirdest of situations. For me, it will be remembered not as a disappointment but as a lesson of sensibility, choices, survival and wise decision. We trekked from a different route and thus have to walk for a longer distance to the next base camp. We walked almost 10 hours straight to reach Sankri. Next day we traveled to Dehradun which is again a 10 hours journey from there.

Snow capped mountains in the backdrop of maple and alpine treeline 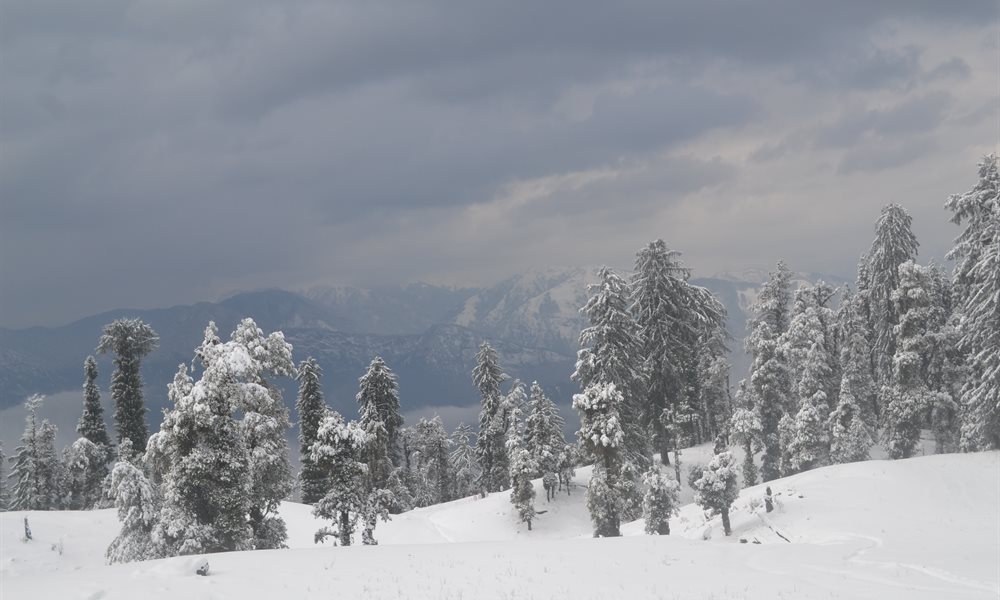 Evening view of mountains with mountains floating around 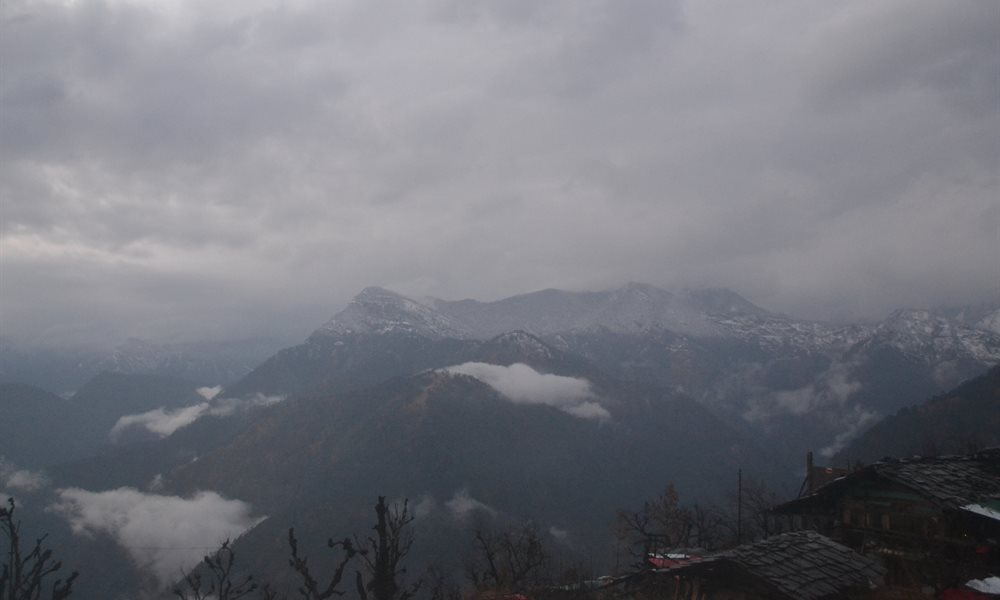 Sheeps finding their way in snow 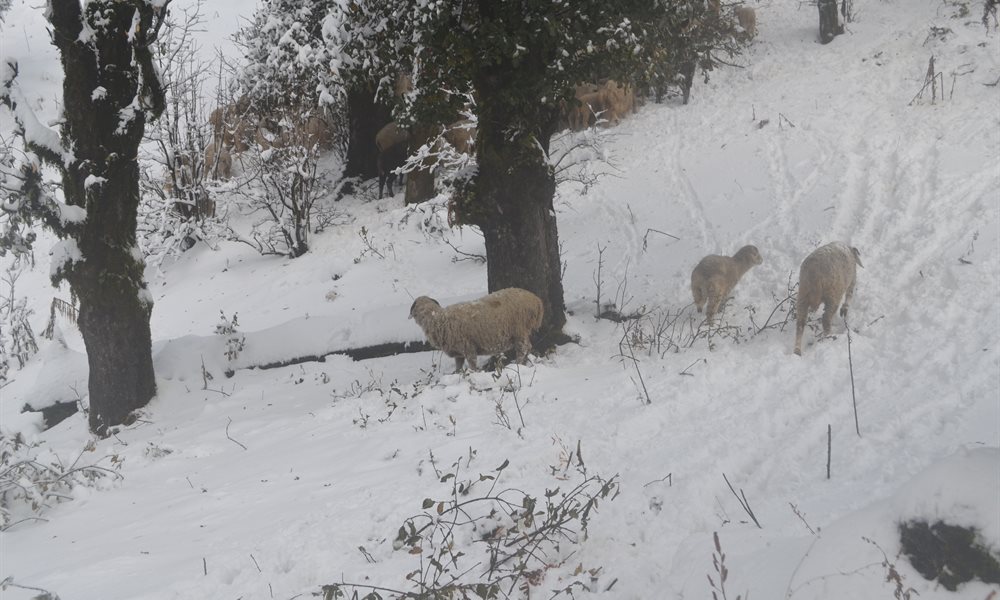 This trek taught me to be prepared for any adverse situation in the mountains. I would suggest my fellow travelers to get well equipped with ponchos, torches, trekking poles, dry fruits because whatever you do, never underestimate the power of mountains – believe me it can crush you down no matter how powerful you are. Importantly we returned without any serious accidents and that matters. A trek can happen but your life happened only once. Maybe this is not the story of conquering the summit but it is surely a story of sensible decisions, survival and moreover the happiness of trekking. Though its quite tough to define me in such few lines, I will try to use some hashtags which will Read more