Top Five Reasons to do the Kang La Trek

FIVE REASONS TO DO THE KANG LA TREK

I started writing this article calling it 5 hundred reasons to do Kang La, because honestly, if I tried hard enough I believe I could list as many. In the interest of keeping this short enough to both write and read though, I’m only going to list the top five ones.

Kang La is a 5,450 m glaciated pass in the main Central Himalayan range. The pass itself lies almost exactly on the border of the two Indian Himalayan states of Himachal Pradesh and Jammu & Kashmir. North of the pass, Zanskar’s arid expanse is a sudden, stark contrast from Himachal’s lush pine forests, never-ending meadows and long, terrifying glaciers. 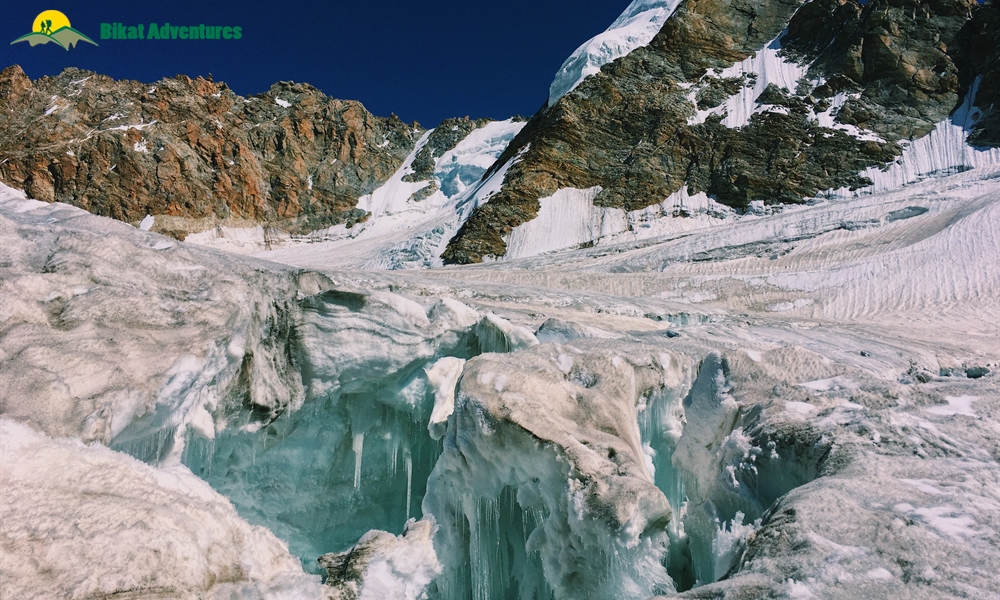 The trek starts north of Rohtang Pass in Lahaul’s Miyar Valley - a region still so remote, most of its villages still don’t have network connectivity road access despite the valley being an offshoot from the national highway along the Chandrabhaga (or Chenab) river.

The remoteness is one of the reasons the valley is still home to pristine wilderness and has defied the majority of the throng of tourists that plague the Manali, Spiti and Ladakh regions in the summer months.

The lower valley is home to undulating meadows that collectively span over 30 kilometres lengthwise. You hop across dozens of snowmelt streams coming down from the high cliffs that tower over the valley floor on both sides, from one picture perfect meadow to another. 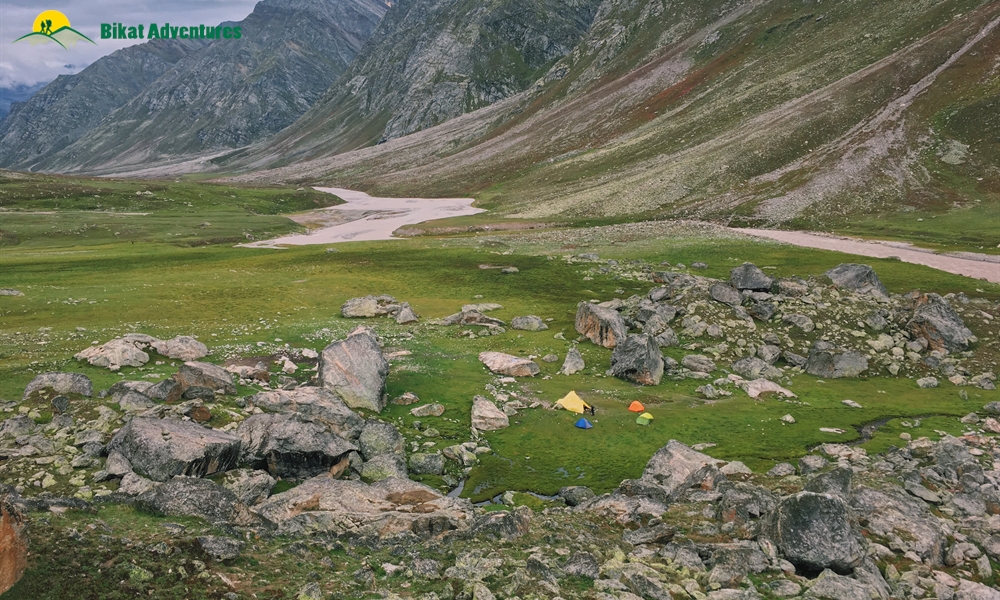 For the first three nights, you will be treated to camps in the best of these wildflowered meadows - Yolithang, Zardung and Kesar Yon Chhaap. There’s something special about each of these campsites - Zardung lies along a spine of boulders descending from the sky-high cliffs, but the best part undoubtedly is the seven holy, hidden, emerald green lakes that surround the campsite at Kesar Yon Chhaap. 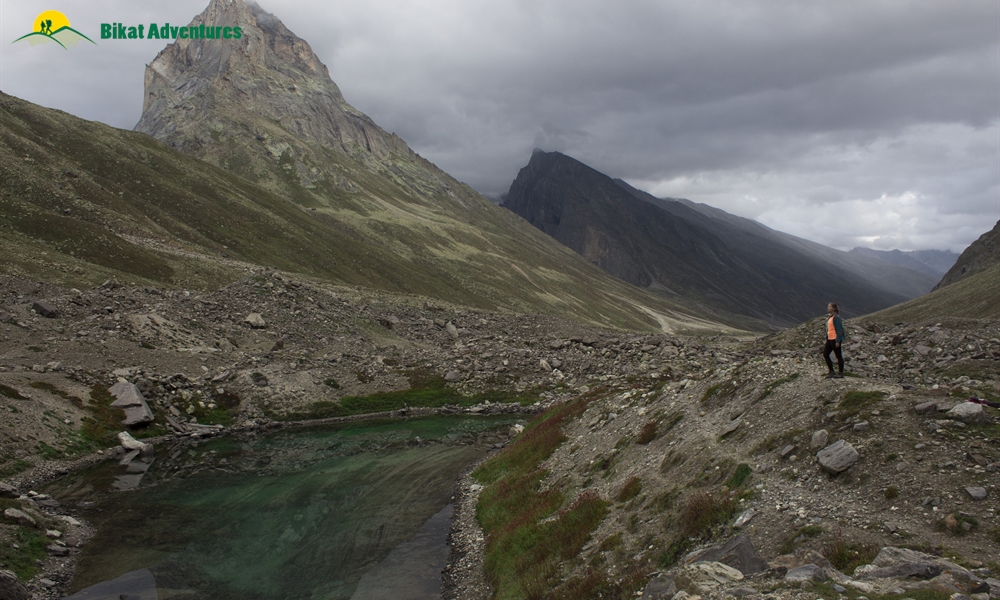 Kesar Yon Chhaap is close to the snout of the Miyar glacier - a 25 km behemoth descending from Kang La and the surrounding glaciated peaks. The glacier is one of the largest glacial systems in the Indian Himalayas by volume and the second longest glacier in Himachal Pradesh after Bara Shigri in Spiti.

For three days and two nights, this gigantic block of ice will be your home and your trail. It’s hard to get a good night’s sleep when you’re sleeping on a slowly moving, frozen river, but the anticipation of the morning sun and the arctic landscape you move through during the day is totally worth it.

Once you cross the Miyar glacier over Kang La, you’ll see another shorter glacier descending down to the Zanskar valley. You’ll walk a total of almost 30 km on both these glaciers combined. 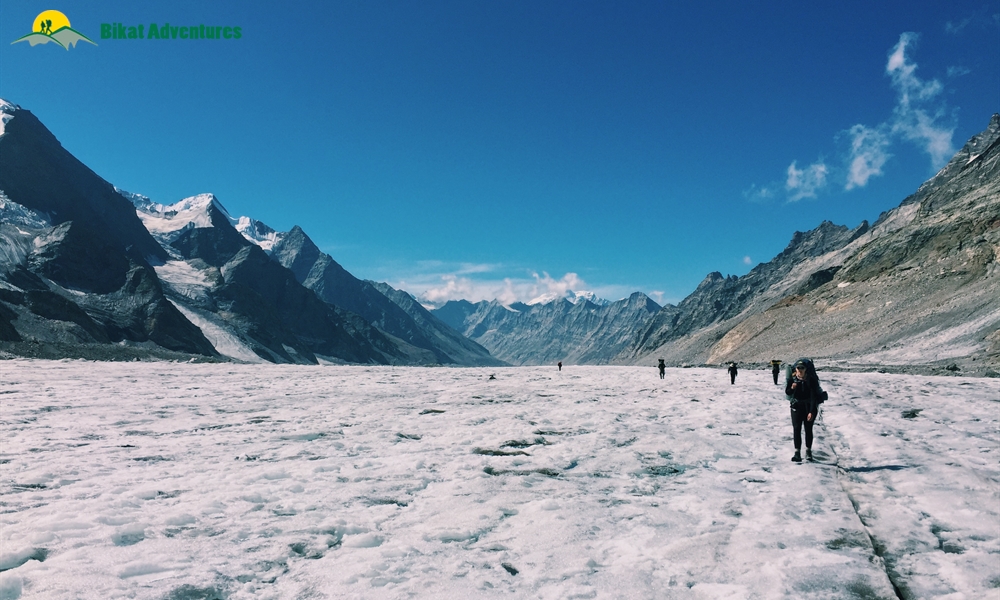 TWO STATES - HIMACHAL TO J&K ACROSS THE HIMALAYAS

The trek across Kang La itself is a once in a lifetime experience, but so is the driving journey before and after the trek. The trip starts from Manali, crosses almost the entire breadth of the Indian Himalayas northwest towards Kashmir, finally ending in Srinagar. You start from Manali, drive over the Rohtang Pass, descend to the Lahaul valley down to Udaipur, to start your hike from the Miyar Valley. The trek across Kang La into Padum in Zanskar is the perfect journey to illustrate the contrast between the forested and glaciated mountains of Himachal Pradesh and the dry, rocky peaks of Ladakh in the rain shadow of the Central Himalayas.

Once you end your trek near Padum, you’ll drive through Zanskar to Kargil and further to Srinagar over the notorious, icy Zoji La pass in the next two days. One of the best highlights of the Kang La Trek is after you finish the actual hiking section, and descend into the Zanskar valley. The Zanskar Valley is the most isolated and remote region in Ladakh. Though it’s claim to fame is the famous Chadar Trek that takes place in the depth of winter on the frozen Zanskar river, the valley itself is much longer than the Chadar Trek.

You’ll drive to Padum after your trek, the administrative headquarters of the Zanskar region. Padum is the largest town in Zanskar, and cut off from the rest of the world for the better part of the year, when it is blanketed by deep snow accumulation. Primarily a Buddhist dominated region, centuries old gompas constructed on impossibly steep red, rocky cliffs dot the idyllic rural landscape. The next day, as you drive to Kargil, you’ll drive up towards the Penzi La Pass. Just before the pass, you’ll see the majestic Drang Drung glacier on your left. Surrounded by 6000 m peaks, this is one of the largest glaciers in Ladakh.

At the Penzi La pass itself, you’ll spot three brilliant blue lakes just next to each other - the perfect spot for a lunch break. To end an amazing drive, just before you reach Kargil, you’ll see the twin 7000 m Nun and Kun peaks towering over the Suru valley. Apart from the trek and the driving journey, the Kang La Trek also offers plenty of sightseeing options in some of the most popular mountain towns of the Indian Himalayas - Manali, Srinagar and Kargil.

Manali is the gateway to Solang Valley where you can participate in adventure activities like paragliding, and zorbing in the summer months when the snow melts. This famous tourist hill station has so many places to visit in Manali. Visit the ancient Hadimba Devi Temple which has an interesting mythological tale associated with it. Walk through the charming lanes of Old manali. Visit the bazaar to buy some souvenirs. Jogini Fall and Vashisht Temple are other famous attractions in Manali. You can also visit Rohtang pass while you are in Manali.

Kargil lies on the confluence of three rivers - the Shingo, the Drass and the Suru. While it is a smaller town than Srinagar or Manali, some of the best places to visit are the Drass War Memorial, the Mulbekh Monastery and Hunderman - an abandoned, ghost village and the last village in the Indian administered part of Kashmir before the LOC.

Once you’re in Sringagar, you can choose to extend your stay and hike some of the most beautiful trails in the Himalayas - the Kashmir Great Lakes trek, Tarsar Marsar and many more. In the main town, you can visit some of the famous lakes - Dal, Nigeen and Wular, visit the Mughal gardens, or end your trip by treating yourself to the best, local-approved Kashmiri Wazwan at Karima’s or Ahdoo’s.

To sum it in a sentence, Kang La is the perfect way to witness the best of the Indian Himalayas! 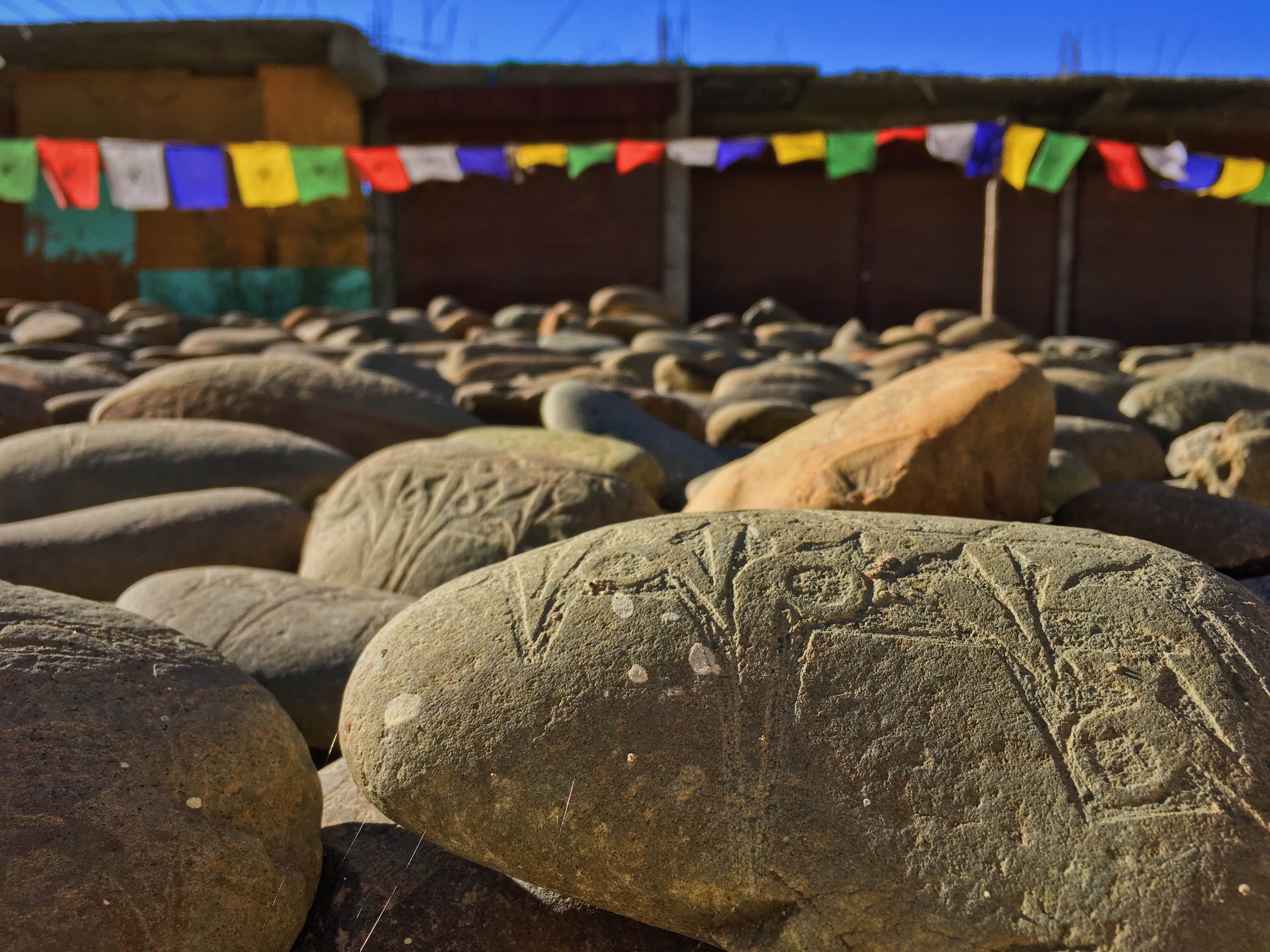