Pin Bhabha Pass or Buran Ghati Trek – Where will you head this summer?

But which one would you undertake this summer? Continue reading to know the differences between the two treks to help you choose the one that is more suitable for you.

Located in Shimla district of Himachal Pradesh, Buran Ghati Trek is a pristine destination that caters as a pastoral way between Pabbar Valley and Sangla Valley. The trek takes you through dense green deodar and pine forests, gushing waterfalls, delightful meadows, and the mystical Chandraharan Lake. The highlight of the trek is a steep 70-degree ice wall after the Buran Ghati Pass which can be traversed only by rappelling down the ice wall, a thrilling experience to say the least. All these natural elements add beauty to this trek. Hence, it is one of the most exotic treks to do this summer. 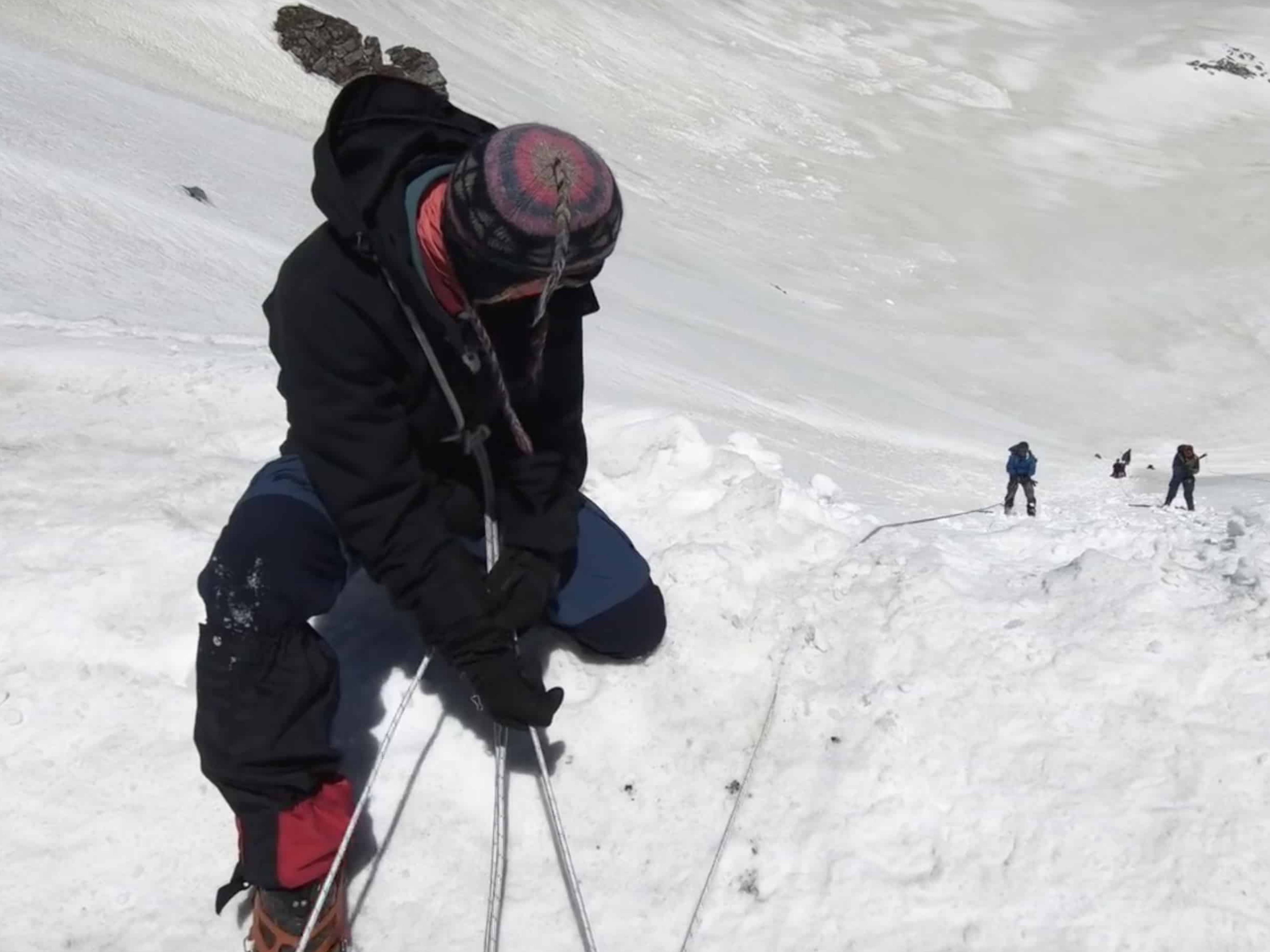 Pin Bhaba Pass Trek, on the other hand, is a mesmerizing crossover trek taking you from the green pastures of Bhaba Valley to the barren yet stunning alien-like landscape of Spiti Valley across the mighty Pin Bhaba Pass. During the trek, you can enjoy erotic views of lush greenery, vibrant landscapes, dense pine, and oak forests, river crossings, colorful flora and breathtaking scenery that is beyond your imagination. The highlights of the trek are the chance to camp at the river delta of Pushtirang, one of the only treks to provide such a unique experience, and the snow slide while descending down the Pin Bhaba Pass. 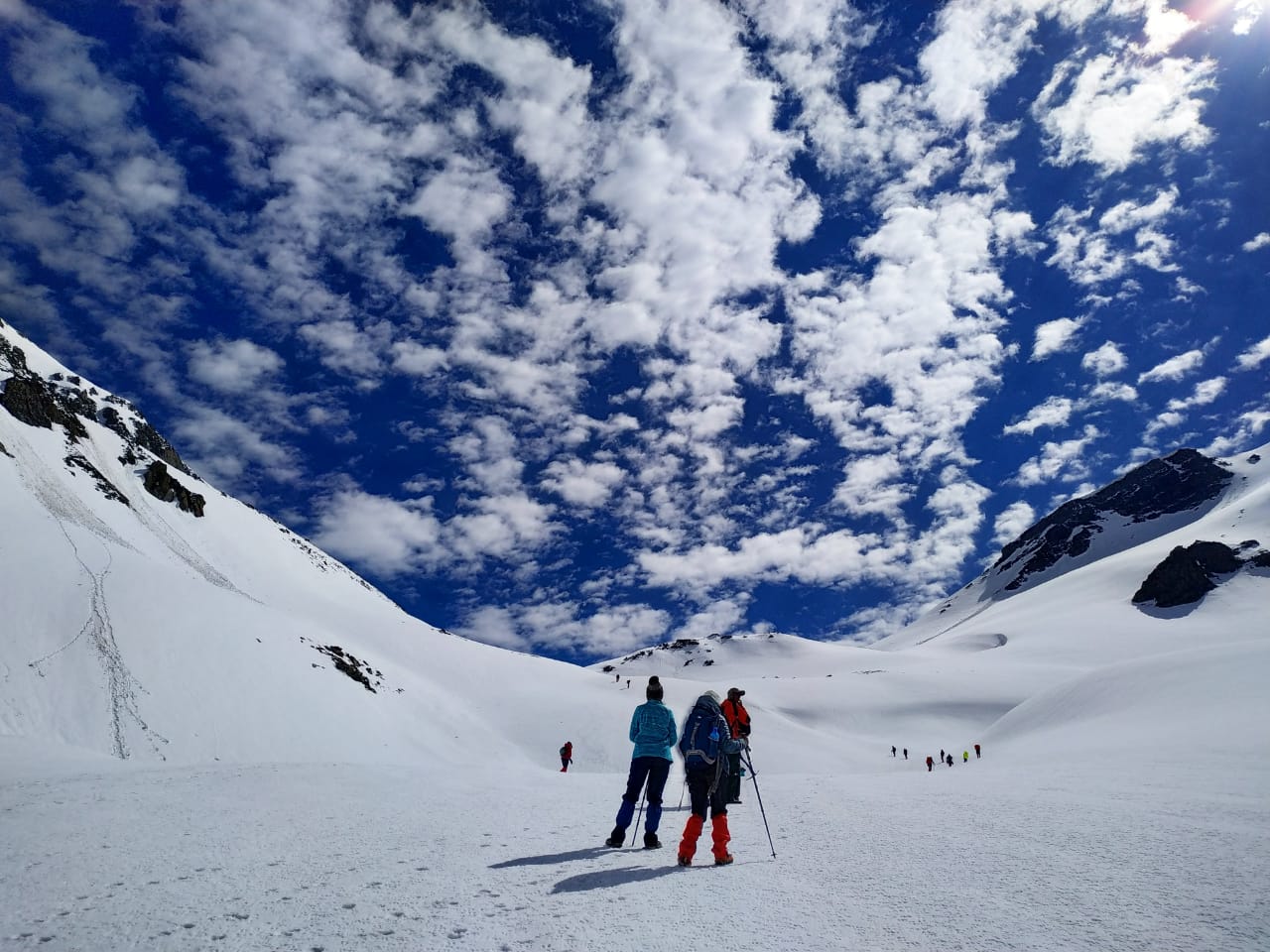 Buran Ghati Trek is graded as moderate to difficult and can be completed in seven days on an average. The trail of Buran Ghati is abundant with extensive meadows, as well as thicker and denser forests allowing a variation in landscapes. The trek demands a good fitness level since it involves snow bridge crossings, followed by a technical climb down the vertical ice wall after the pass. It is recommended for trekkers with some prior trekking experience. 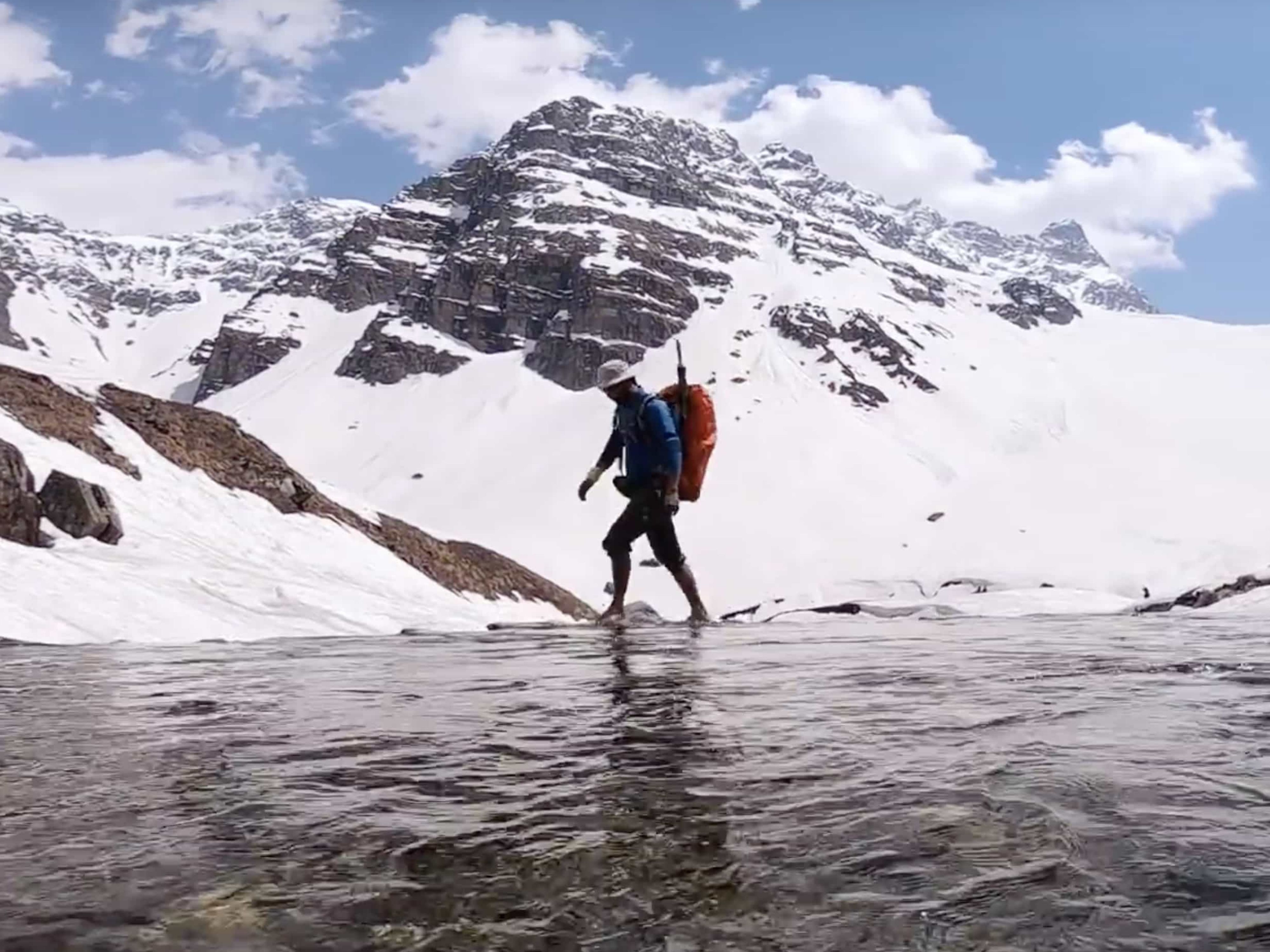 In comparison, the Pin Bhaba Trek is a rough stony trail that may be hard on knees. Also graded as moderate to difficult trek, it does present higher challenges along the way, as trekkers have to conquer a steep glacier, boulders and snow bridges. Snow slides are eminent in the region. Due to a high altitude crossover with difficult terrain, Pin Bhaba Pass Trek is recommended for adventurists and trekkers with prior trekking experience. This trek lasts for seven days. 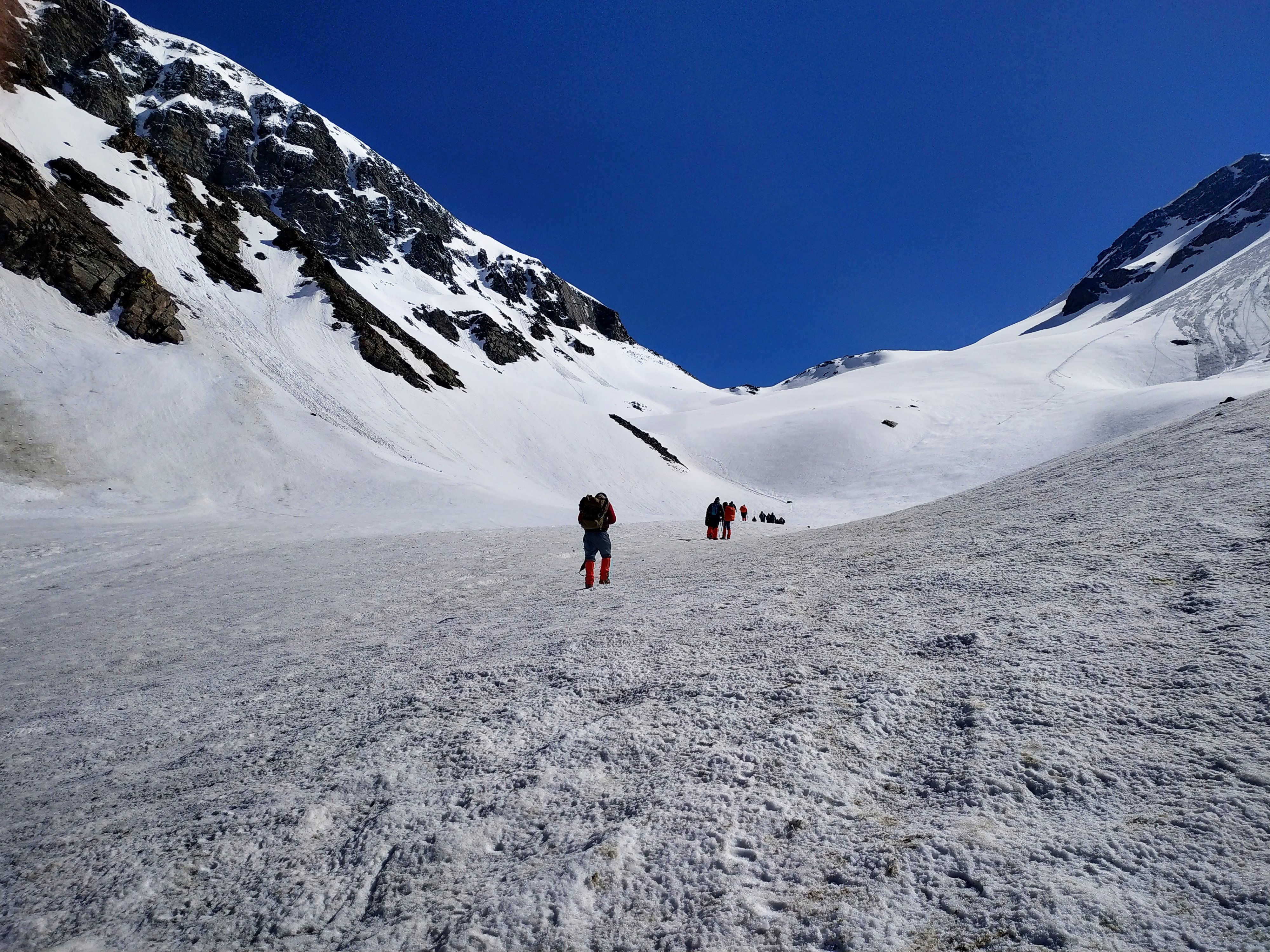 Well, both are gorgeous treks and in terms of beauty, we cannot really pick which one is better than the other.

Buran Ghati trek starts from Shimla district and ends at Karcham where the two spectacular valleys of Kinnaur and Sangla meet. This means you will come across many picturesque vistas and snow-capped mountains in the backdrop. From the most beautiful campsites surrounded by unparalleled views of mountains, the high altitude glacial lake of Chandraharan, massive meadows, to an adventurous pass crossing, the Burna Ghati Trek can be rightly called as the Have-It-All trek. You will be amazed to witness such beauty and contrasting campsites that are the eye-treat for trekkers. 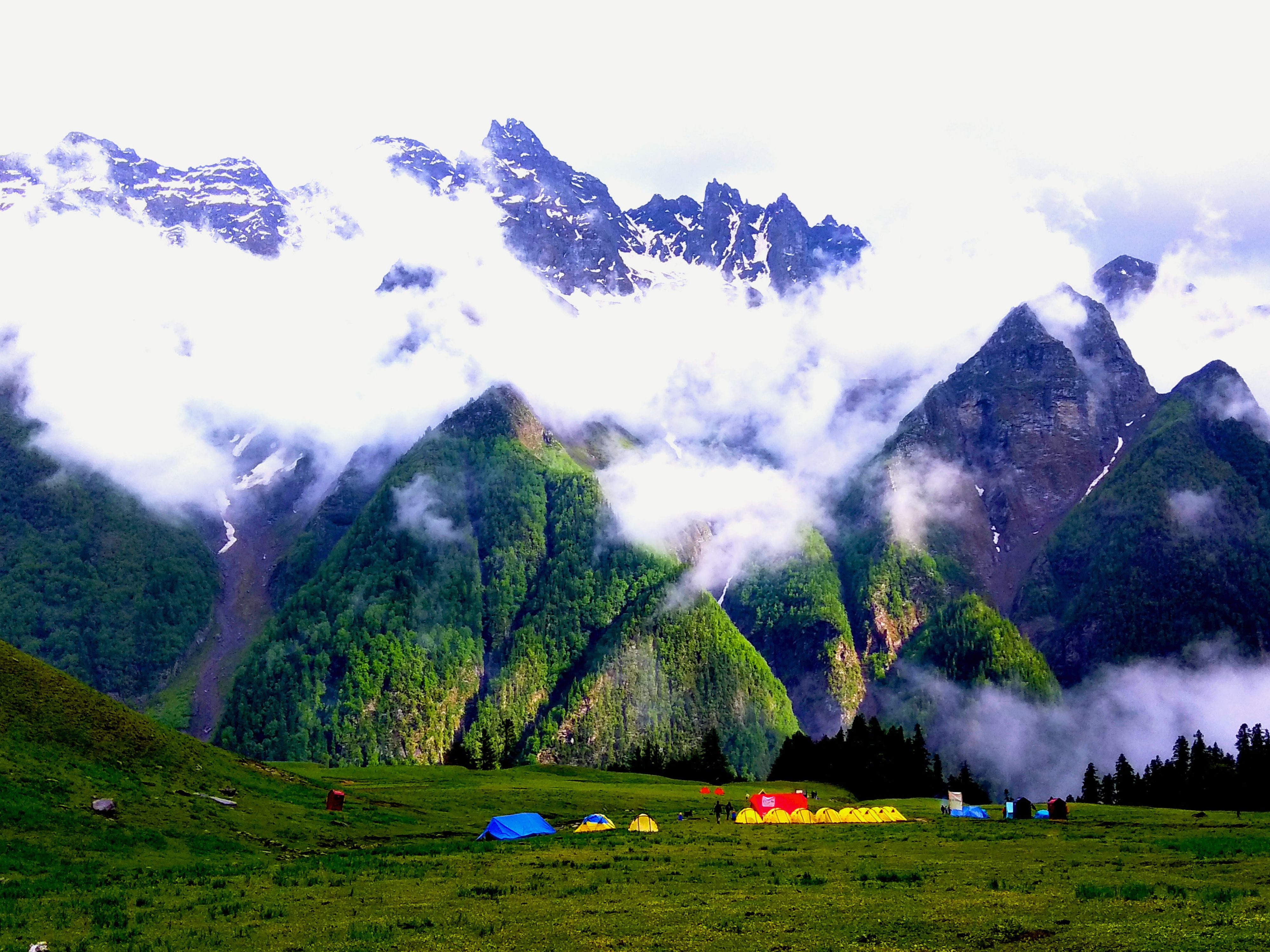 Whereas, the Pin Bhabha Pass trek is an adventurous crossover trek that begins from Bhaba Valley and ends in Pin Valley. This rare Himalayan trek can be undertaken in monsoon season as well which showcases a completely different setting. It is an attractive trek that breaks into streams thus presenting trekkers with several bone-chilling stream crossings. The trail in the Bhaba Valley displays a wide array of wildflowers and pink floral carpets, but the moment you crossover to the Pin Valley, you get to see a total contrast in the landscape with a barren rocky and dirt hill terrain. 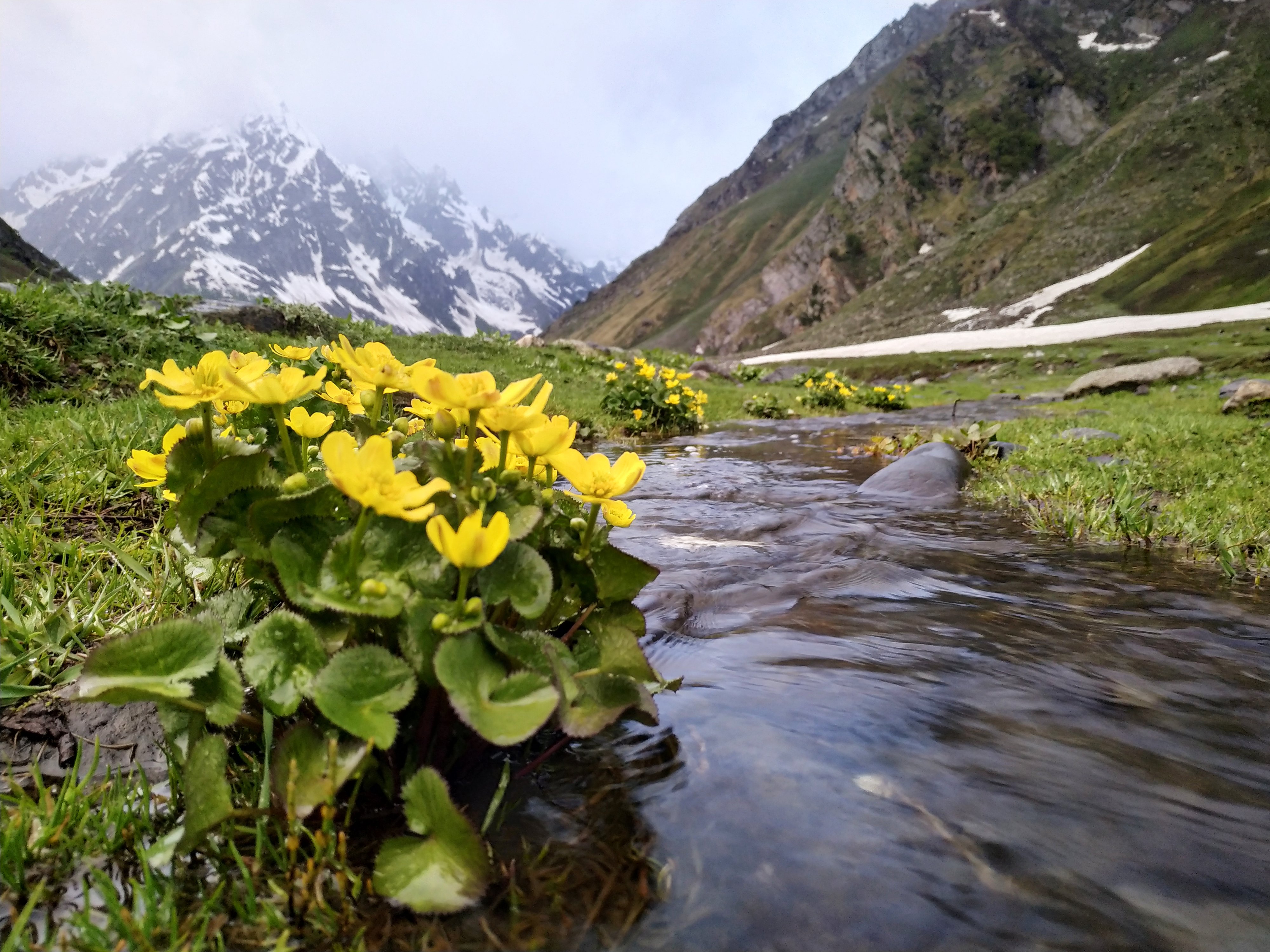 The ideal time to undertake both these treks is from May to October. May to June has the highest amount of snow at the pass, thus making these treks much more challenging but definitely exhilarating. After October, the first bout of snow makes the climbing tricky and the temperature drops significantly. Therefore, avoid trekking after October.

6. Preparation for the trek

While both treks are graded as moderately difficult, you need to take care of your fitness to make the most of your expedition. Therefore, you need to indulge yourself in a strict exercising regime before going for either of these treks.

Regular exercises like running and jogging will increase your cardiovascular endurance. This is because in both the treks you may have to cover 10 km distance each day. Squats and a lot of leg training to strengthen your leg muscles will let you undertake this trek with ease and efficiency. Due to a varying and uneven terrain of these treks, you need to work on your flexibility by doing some stretching exercises like hip flexors, hamstrings, lower back muscles, quadriceps, etc.

Both Buran Ghati and Pin Bhabha Pass are bucket list treks. Both lying in the state of Himachal Pradesh gives you a glimpse of the varying topography and taking you from one alluring valley to the other. Both these treks offer you moderate to challenging trails.

Therefore, you need good preparation to attempt either of these treks. Both these treks have their fair share of challenges, visually scintillating campsites, euphoric pass crossings and a different style of descent from the pass. But in spite of having so many similarities, the Buran Ghati Trek and the Pin Bhaba Pass Trek are two different worlds altogether.

Knowing all the information, which trek would you choose?