Okay, here’s the deal. Trekking in India blows trekking in the United States out of the water.

Before you get any kind of ideas like ‘wow, this chick really doesn’t like her country,’ let me just clarify that I love hiking in the States. Don’t get me wrong, the Grand Canyon is ‘Grand’ for a reason, Mount Rainier in Washington and the 14’ers of Colorado will take your breath away and hiking the Poconos in Pennsylvania is equatable to most of the hikes coming out of Karnataka in South India.

But apart from the stunning altitude, what I really find the biggest difference to be between trekking these two, very different corners of the world is something you may not expect- the stories. 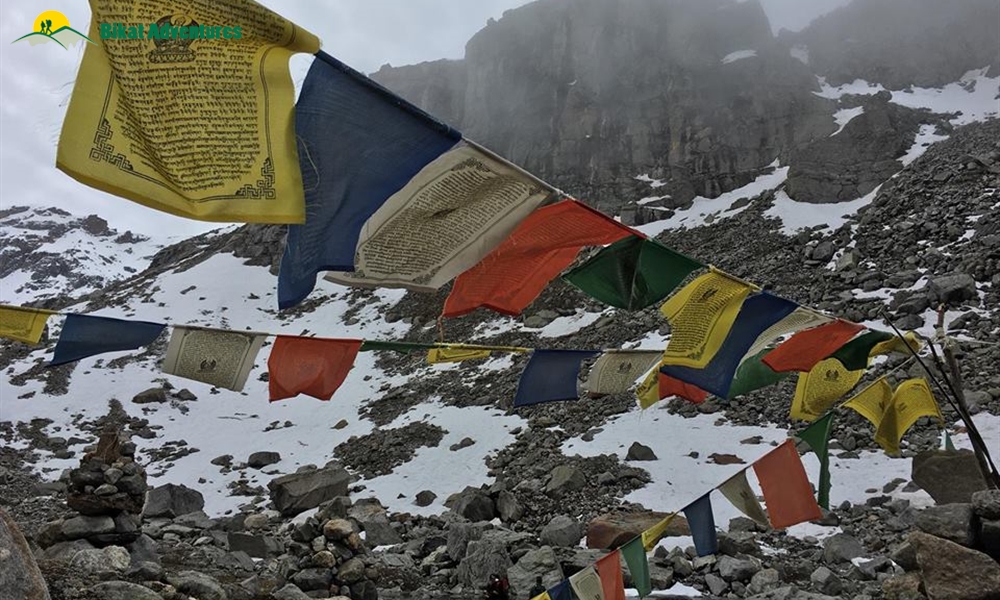 Yep. Think about it. The U.S. has been around for less than 300 years, and we are notoriously bad at carrying over cultural stories of those who rightly called this land home before we did. So we essentially have roughly 250 years of blandly mediocre info to reference when checking the history of just about anywhere we go.

Pikes Peak, famous for its altitude exceeding 14,000 ft in the state of Colorado, has a remarkably underwhelming story to tell.

Zebulon Pike, the first guy to try and climb the thing, with an exceptional lack of creativity, named the mountain "Highest Peak" in 1806, saying it could never be climbed. Realizing that his choice of title totally sucked, someone renamed it "Pike's Highest Peak," which is in no way better. Finally someone named James figured out how to get on top of the thing, and it was briefly renamed James Peak in his honor, before it was changed back to Pikes Peak because it sounds cooler.

Knowing this is how to not make friends at a party, FYI.

I’m truly, consistently amazed by how many stories, legends and superstitions can be found at literally ever turn of a trail in this country. It gives everything an ethereal, supernatural feel, gives extra meaning and significance to almost everything you find and adds, as you say, masala to your travels.

With deities around every corner, pilgrimage sites atop the most remote corners of the earth and sages just outside your tent, I’ve made it a point now to ask the local guides what stories they can tell me about the trek we find ourselves on- because it’s bound to be good.

Right off the bat, our first camp of Chikka had a gem waiting for us. Just a stone’s throw away from our tents, Chetram led us to an old mossy boulder with a level excitement that is unusual for a human to exhibit toward a rock.

Then we look closer. 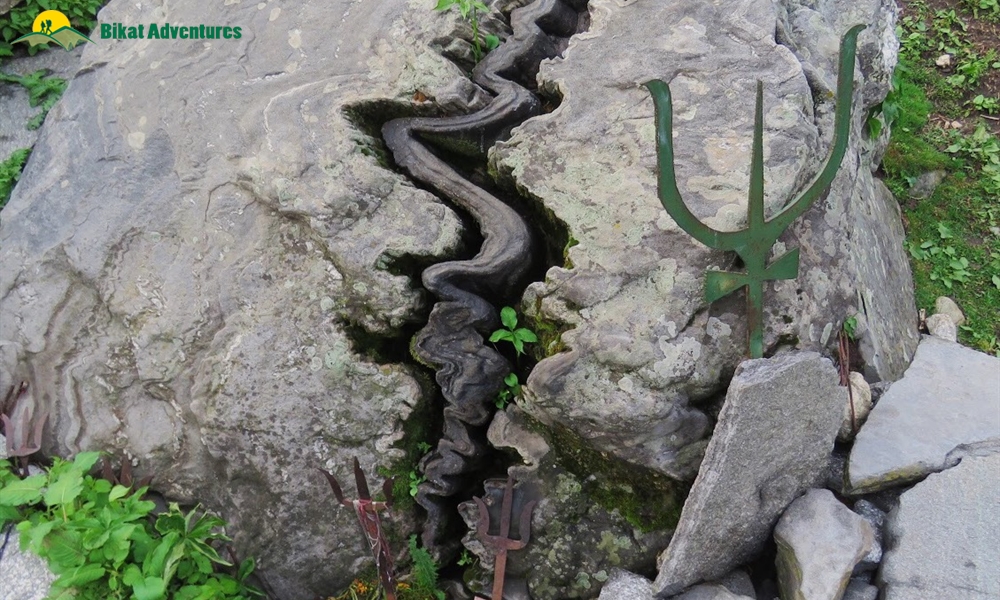 Right down the middle, deep into the rock’s core, an intricate line, curving like a snake’s slither, is etched so profoundly, it looks as if it could be the animal itself. Turns out, Chetram says, that more than 5,000 years ago, a king cobra named Takshak Nag slithered out of this rock. He worshipped Lord Shiva, leaving this mark on the rock behind, and now the place is adorned by trishuls laid down by those who believe that this place is a holy embodiment of the god himself.

Staring at this rock that is more than 4,700 years older than my country, I laugh now at my home’s comical attempt to tell some semblance of a story for Pikes Peak. Somehow, this rock has managed to be more interesting than a 14,115-foot mountain.

One day and one camp further, after stopping in a vegetative meadow for lunch and some impromptu handstands, we reach Seri. As told in the epic Mahabharat, the five brothers (Pandavas) traveled through our lunchtime/handstand spot, planting rice shoots as they went. Seri, as it happens, means “planting area.” 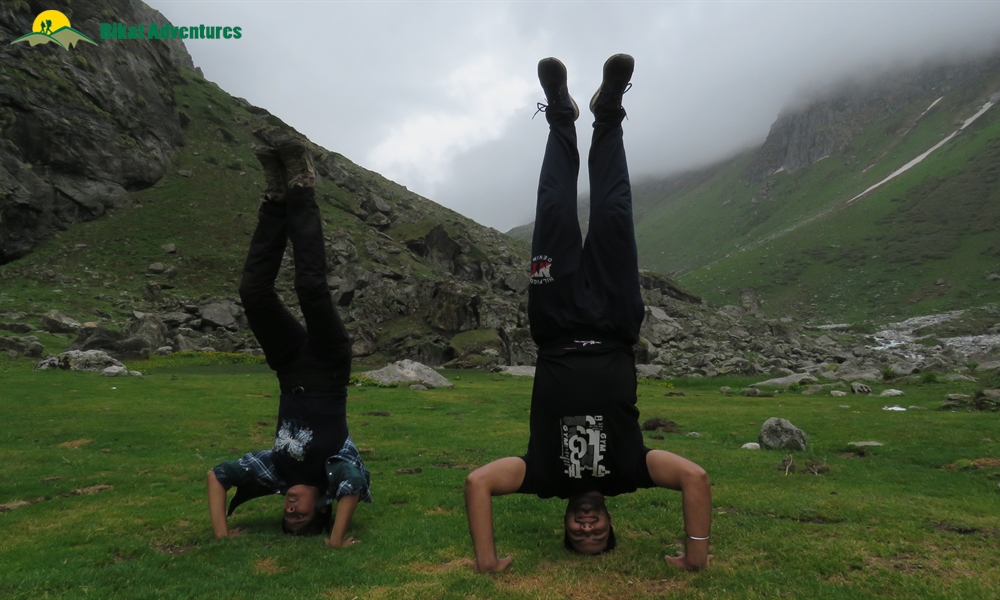 Chetram tells me that these peaks that surround our tents are filled with sages (or saints) who choose to live here and carry on their work after leaving their physical bodies. They also, he says, come to the Himalayas specifically to meet, and honestly, I don’t blame them. I can’t personally think of a more scenic place to spend the rest of your post-physical existence. Deo (also known as Dev) Tibba translates to “God’s Peak.” 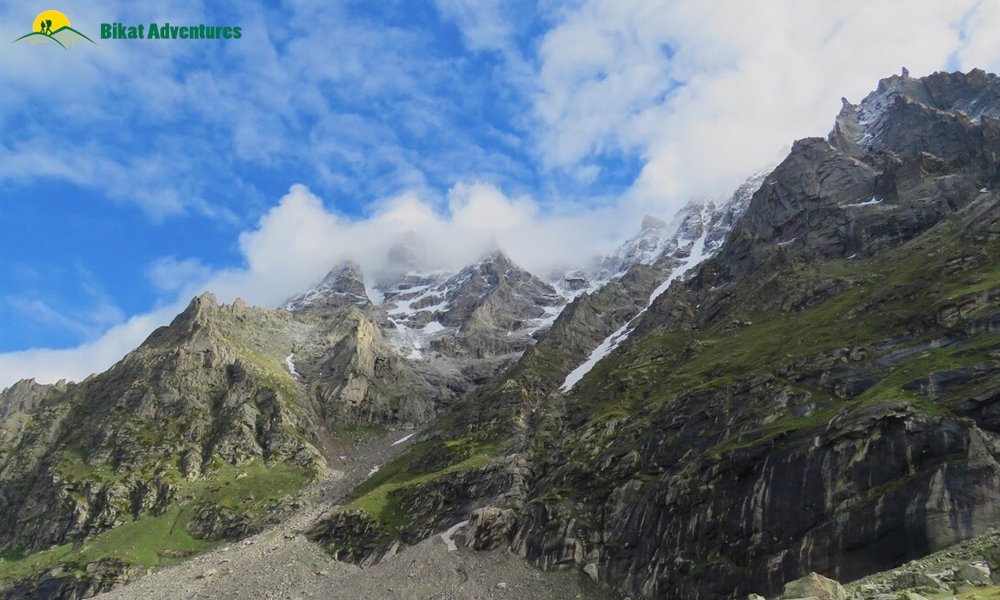