So, Hampta Pass trek is a 4 or 5-day trek which will make you fall in love with the amazing grasslands, maple forests and the snow line. This trek is very beautiful in the short span. What makes this trek more alluring is you’ll have to trek in the grasslands, forests, meadows, streams, and waterfalls flowing beside you. You will also get a chance to hike on the chilled snow.

You’ll have to drive up to Jobri Nala from Manali which gives mesmerizing views. Very few people know that there is a road behind Manali which climbs up to an altitude of 9800 ft with 41 hairpin bends. Jobri is the last place you’ll get some network. So, if you have to inform any family member or a friend, just inform them. Then after that, there is a 2–3 hour trek to Chika base camp. Just when you start your trek from Jobri you get into the lovely maple treelines and thick forests of Walnut and Oak. 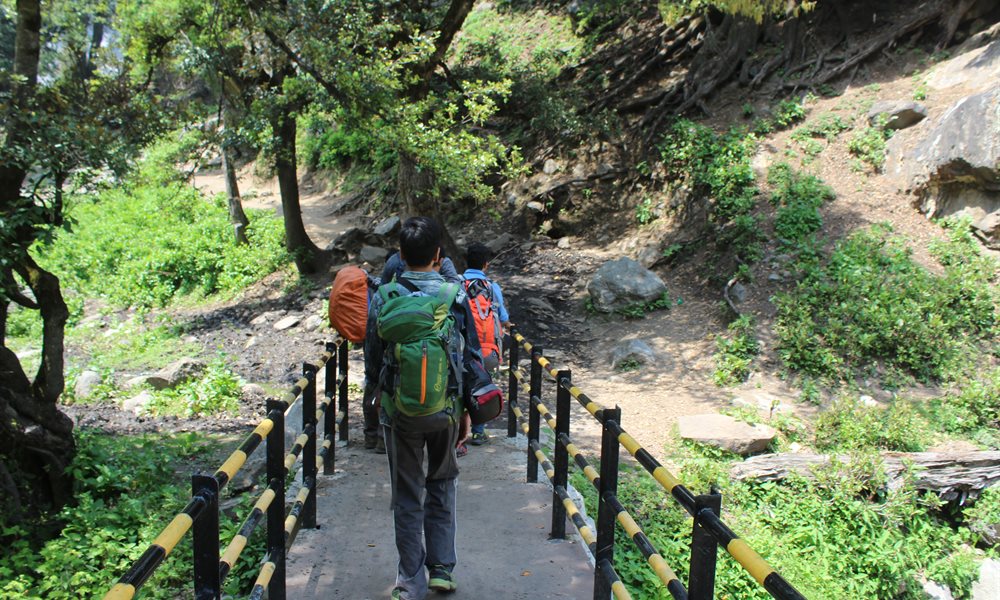 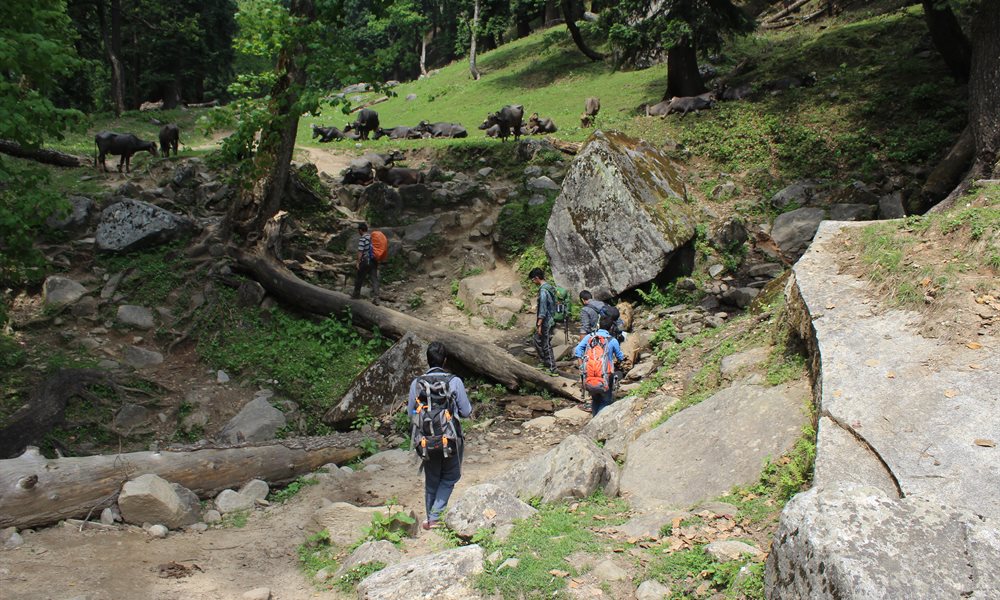 As we started trekking to Chika heavy rain started and suddenly the climate changed from warm to cold. We took our raincoats and completed our lunch on the way. After that, you will trek some time alongside the river. After crossing some rivers over the wooden ridges and the rocks, you will reach the base camp Chika.

After reaching Chika, sit here for a while.

*Listen to the sound of water. Feel the cool breeze flowing across you. Admire the beauty. Don't talk. Explore. Dream. Discover.* 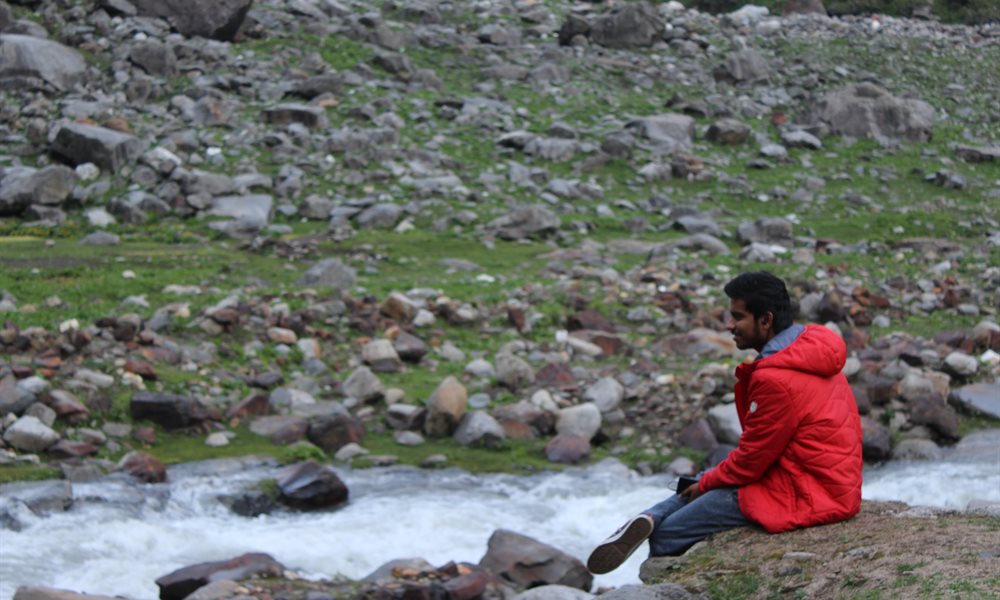 I met this beautiful creature. I think dogs are the most amazing creatures, they give eternal love.

Then we had our dinner and slept in our camps. Sleeping under the stars is a magical feeling. 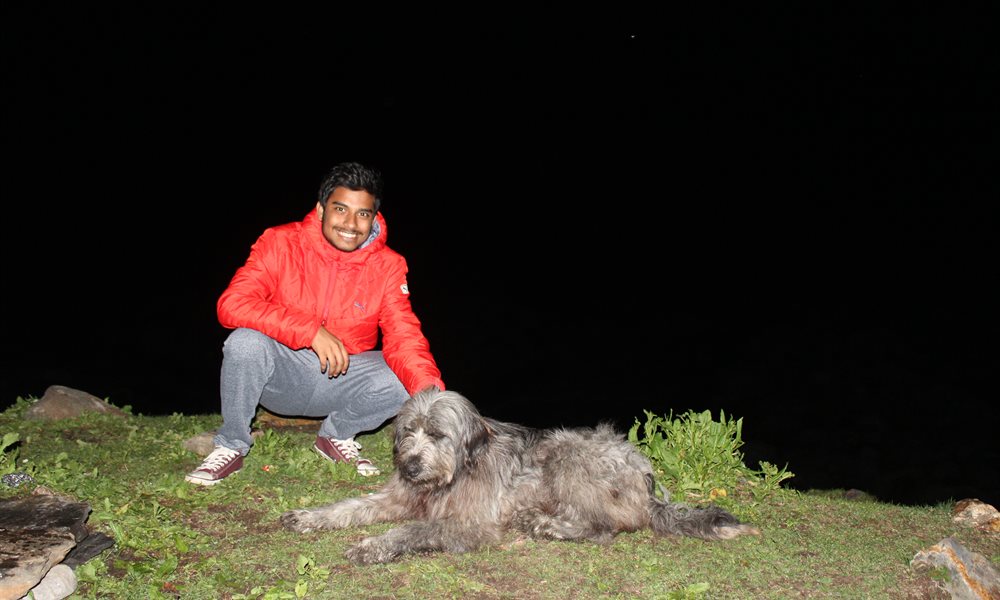 Then came the sun. I remember that freezing cold morning in the Himalayas.

We were too scared of even washing our faces with the freezing water flowing across us in the r​iver. I woke up early that morning to witness the sun rise in these captivating mountains. And I was entranced to see the magical sunrise here.

*Sunrises are life’s way of reminding us that no matter how dark the going gets, there will be light again.*

Then after breakfast, we started towards our next camp site Balu ka Gera. It was beautiful walking through those rivers, meadows and valleys. We trekked and reached Jwara meadows where there are two valleys coming and intersecting at one place so we were in the middle of this grassy landscape valley. 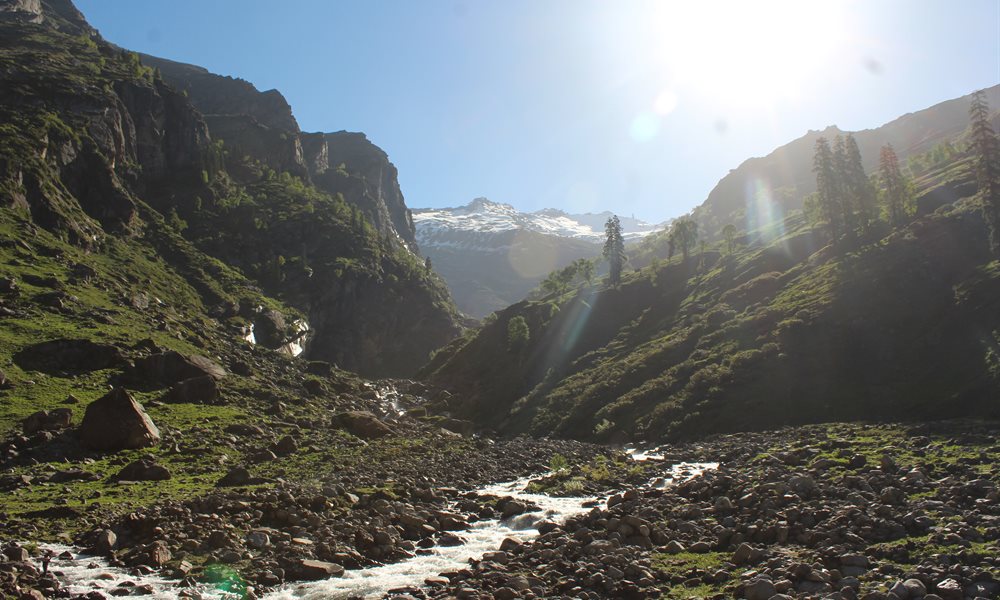 And then we reached here.

*I was so stunned by the view that I stopped for a moment to realize if it was reality, admired the view and then took the picture.*

*This place was so amazing, and the best part about it was the silence. The sound of water flowing beside you, the sound of wind touching you, it was all breathtaking.*

After reaching Balu ka gera camp, we were served with yummy Maggi and soup. And, it started raining. The weather changed suddenly.

It rained all night. One of the funniest things happened at the camp. So, we were three guys in a tent and as it was raining and the wind was blowing, 3 out of 4 hooks of the tent were out and the outer part of the tent was free. We were freezing and some water also came in the tent. Our sleeping bags and phones were wet. It was good that one of us woke up and fixed the pins otherwise we’d all be in worse trouble. I will remember this story forever. 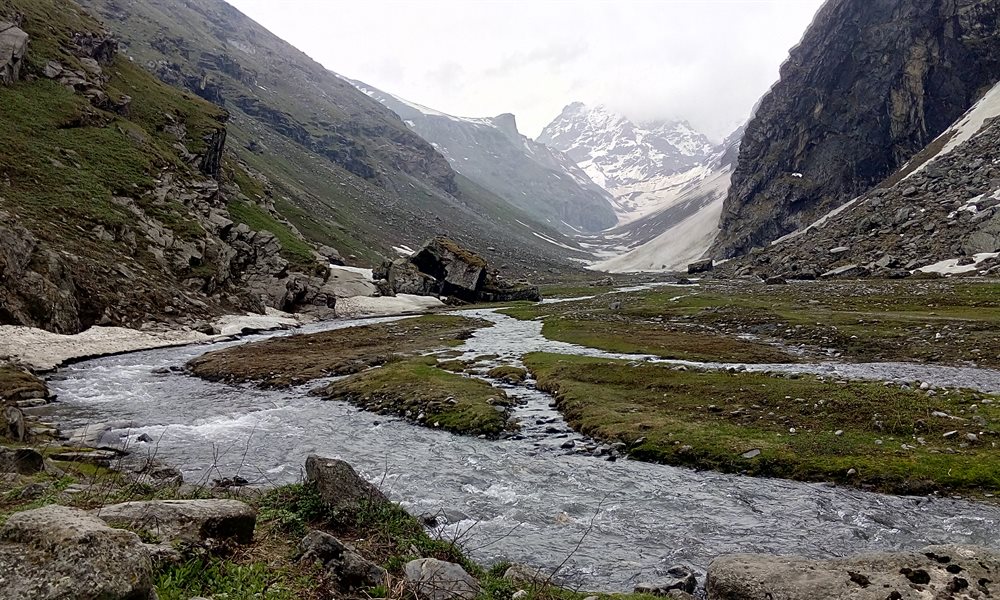 And then we started towards Hampta Pass.

Trek to Hampta pass was a little bit difficult in comparison to other days. We had to trek through snow. And then we reached the highest point of the trek around 14000 ft. Roads to Chandrataal lake were not opened in the first week of June. So, we returned to Balu ka Gera and then after taking our backpacks we left for Chika camp site. 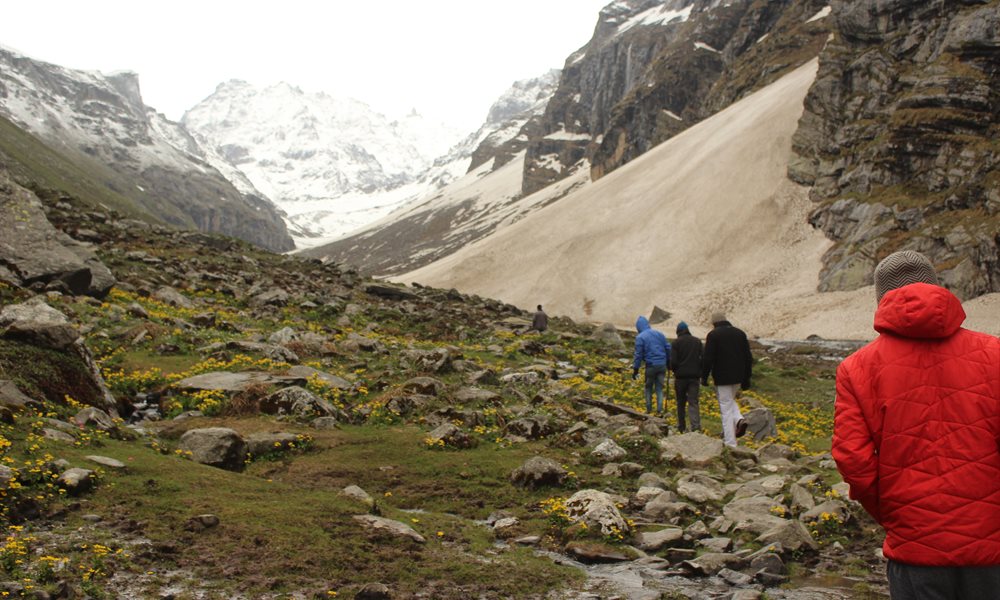 While going to Balu ka gera, we had to cross a naala but while returning our Guide Uncle saw a layer of snow was up there above the naala. So, he decided to cross the naala above the snow. As it was a very thin layer of snow, chances were also that it could break anytime. The layer was very slippery and to be frank, I was really scared while crossing it.

After crossing it, we returned to Chika camp site, camped there all night.

We trekked down to Jobri Naala from where we reached Manali. 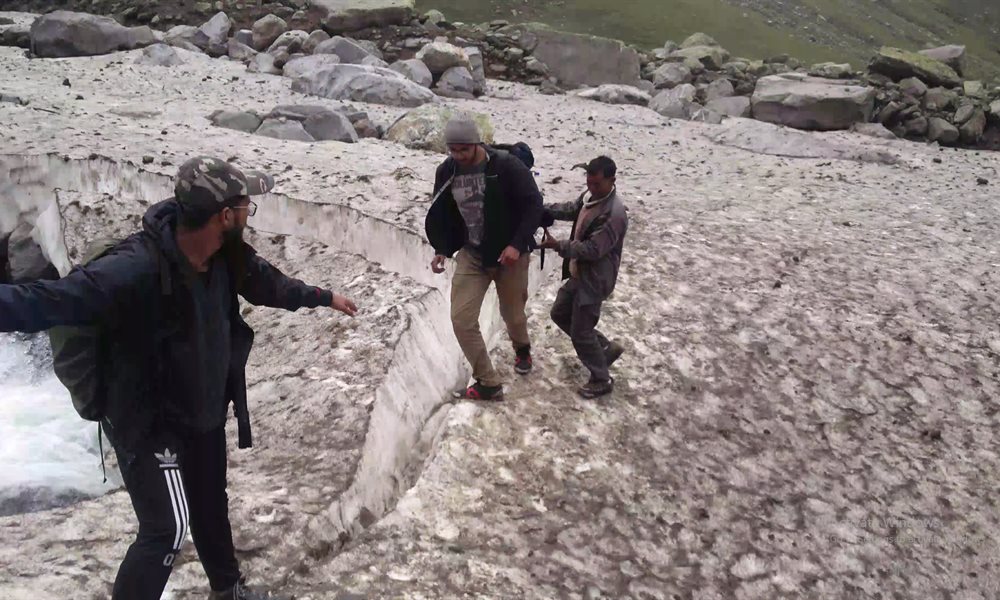 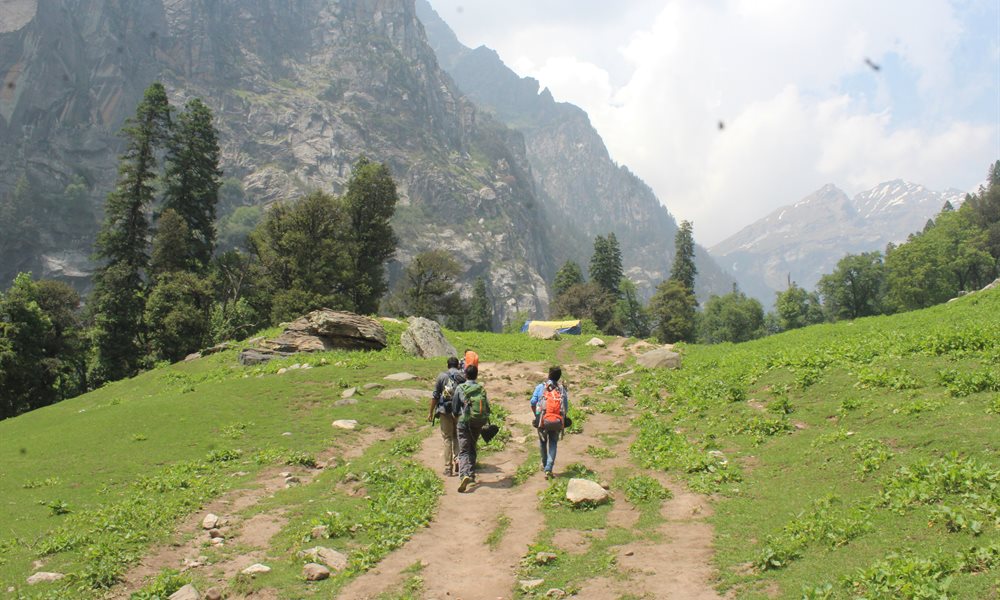 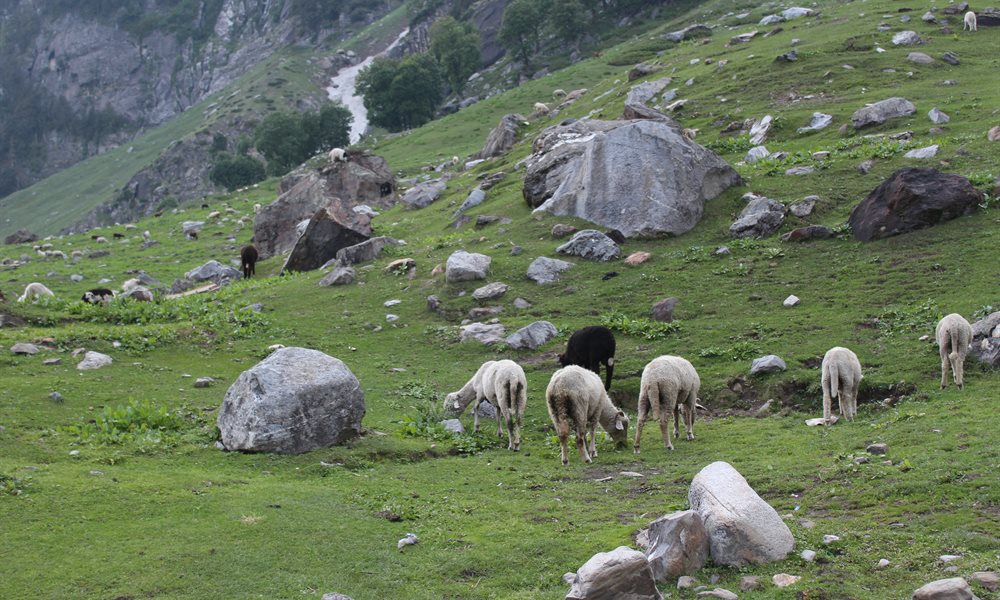 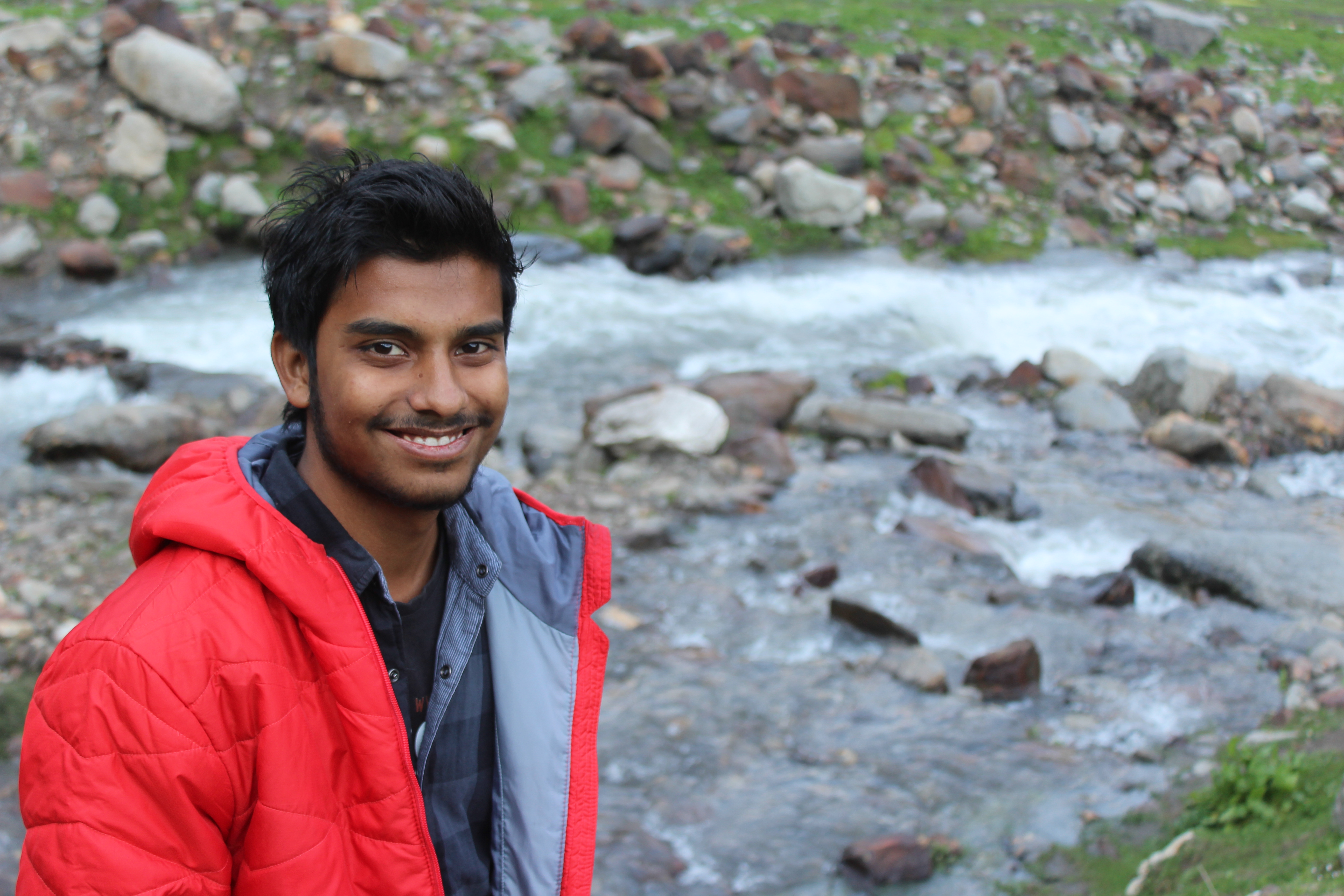 I am an engineering student trying to explore this world as much as possible. Read more