Learning from The Kumara Parvatha Shoe

How I, who prided myself as a veteran trekker with 'n' number of treks under my belt, was humbled by this shoe. 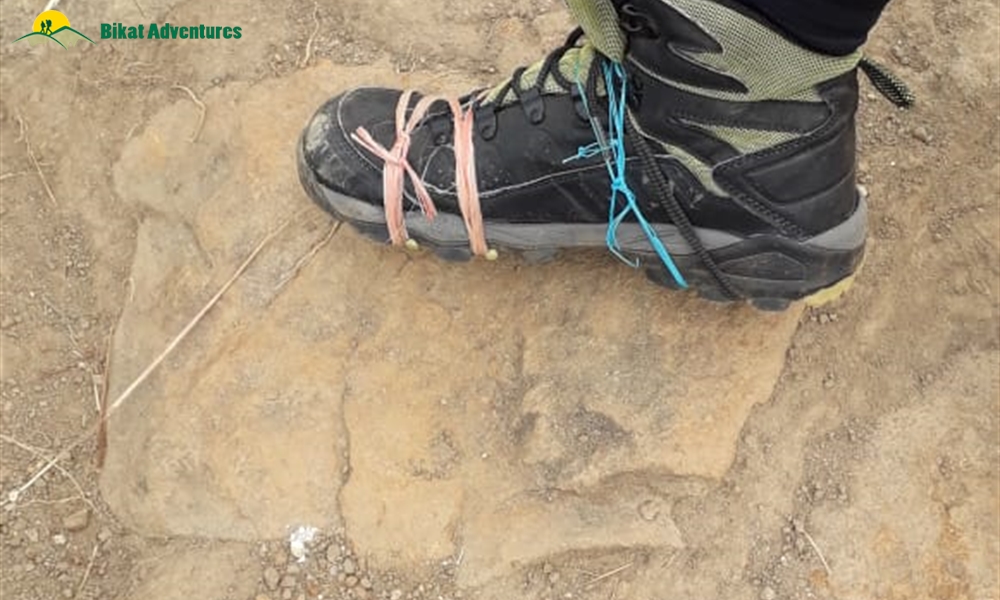 It was in Feb 21, that we went on the Kamara Parvatha Trek (Fig 2), the famed 4th highest peak in Karnataka’s Western Ghat range. It’s a 22km hike usually done over two days, but due to paucity of time we decided to complete in a day. I had for my company a group of friends & my son Anish. One of my friends (X), though a big league marathoner and cyclist, was doing his 1st trek, while for me it was another routine trek to add to my list of treks – Karnataka hikes, Himalayan meadows, snowy, rocky, river bed, monsoon, etc & as usual was in a show-off state of mind. 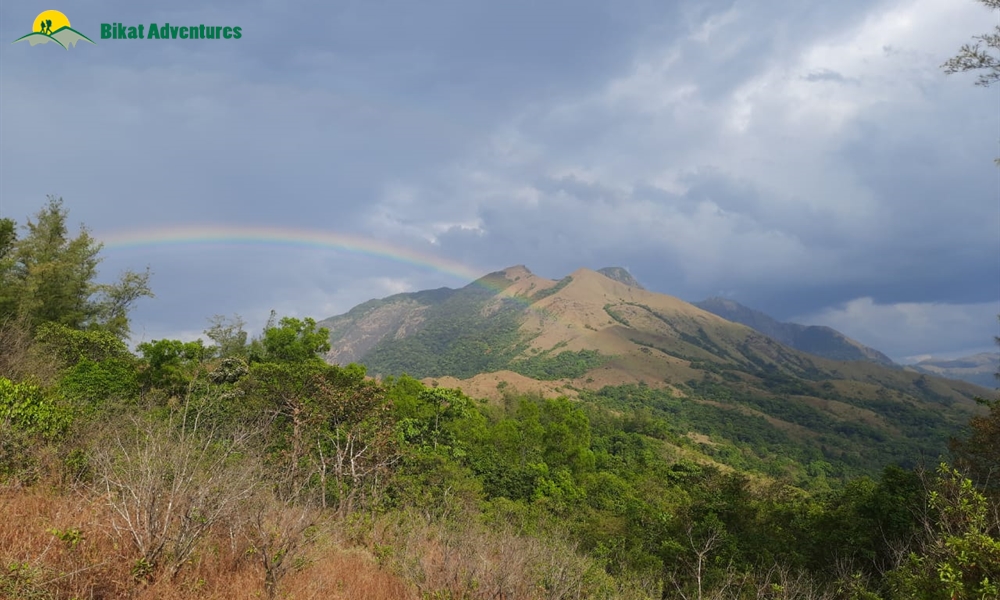 Just 45min into the early morning darkness, X halted with an apologetic expression - the sole of his shoe was peeling off at the heel (a brand new shoe which had been kept unused due to Covid lockdowns). My immediate thought “inexperience and poor planning will make him abort the trek”.

By then, the ever resourceful Anish pulled out a roll of badminton gut from his emergency kit and with Anil's powerful torch & help, bound the heel to the upper of the shoe. In 10mins, X restarted the climb as if nothing had happened.

But given the pace at which he climbed and the tough terrain, after another hour or two, the front portion of the sole started to peel off. 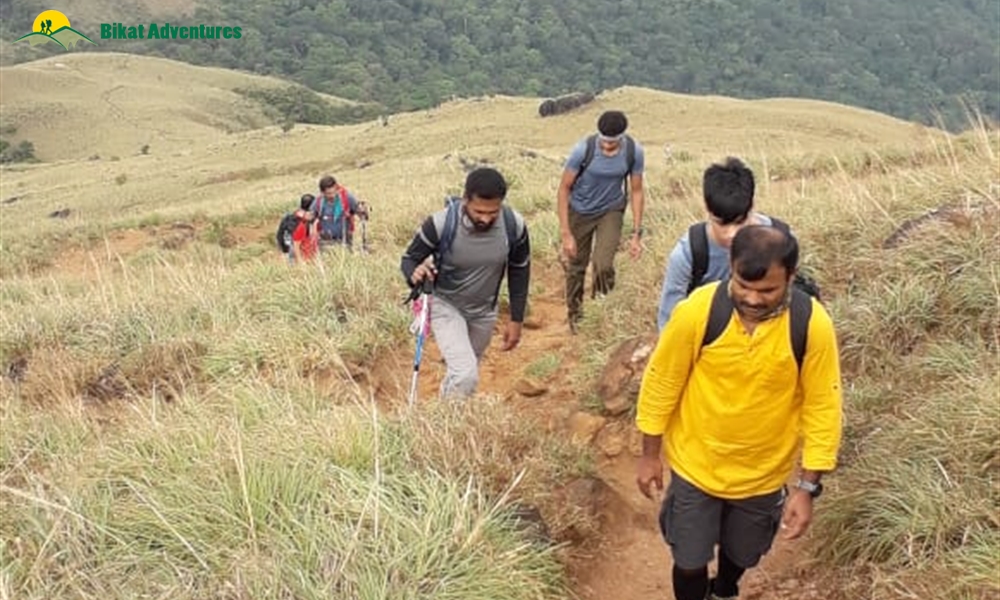 And lo again, the binders set to work, binding it up with the last strand of gut and using the shoe lace to reinforce. 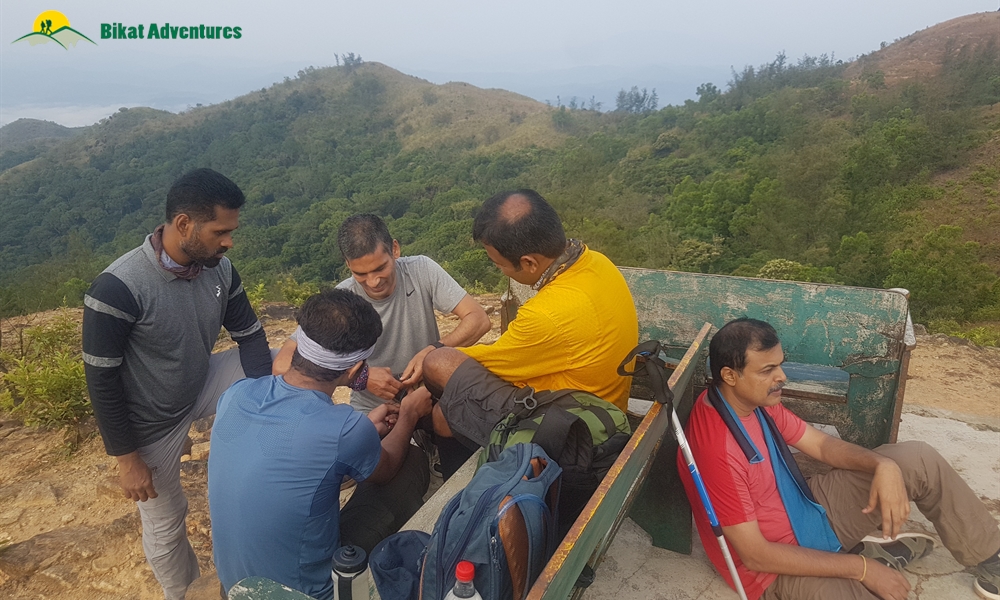 So this was how the contraption looked !! 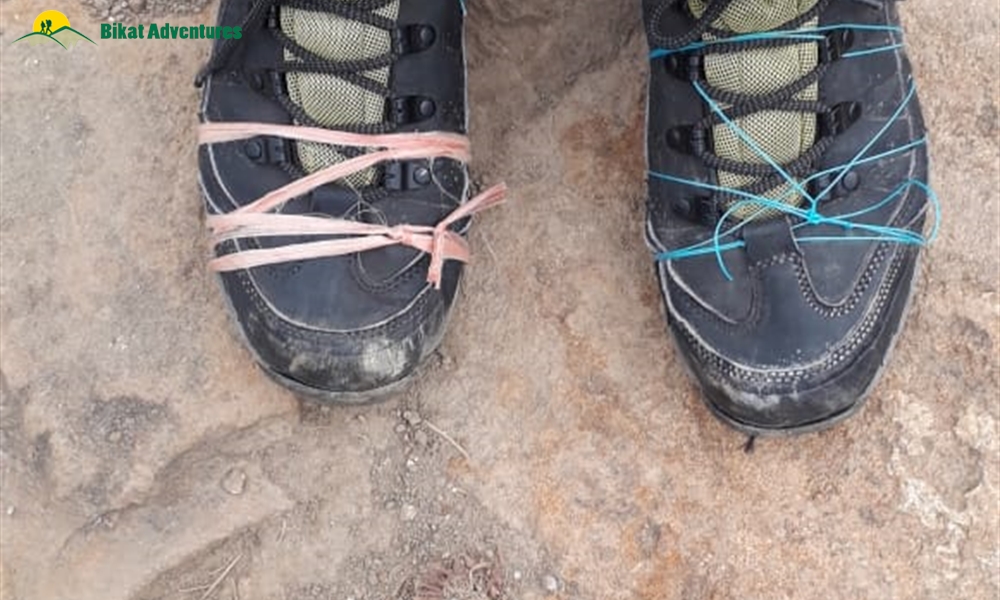 We continued over the next 5km (Fig 6), including the smooth rock climb and reached the summit. Despite my good old trekking shoe, I was already feeling the discomfort in my feet and complaining. While we all took off our shoes to relax & massage our feet, X was struck with his bound up shoe (there was no way he could untie and retie the maze that his shoe was) & not an iota of cribbing came out. 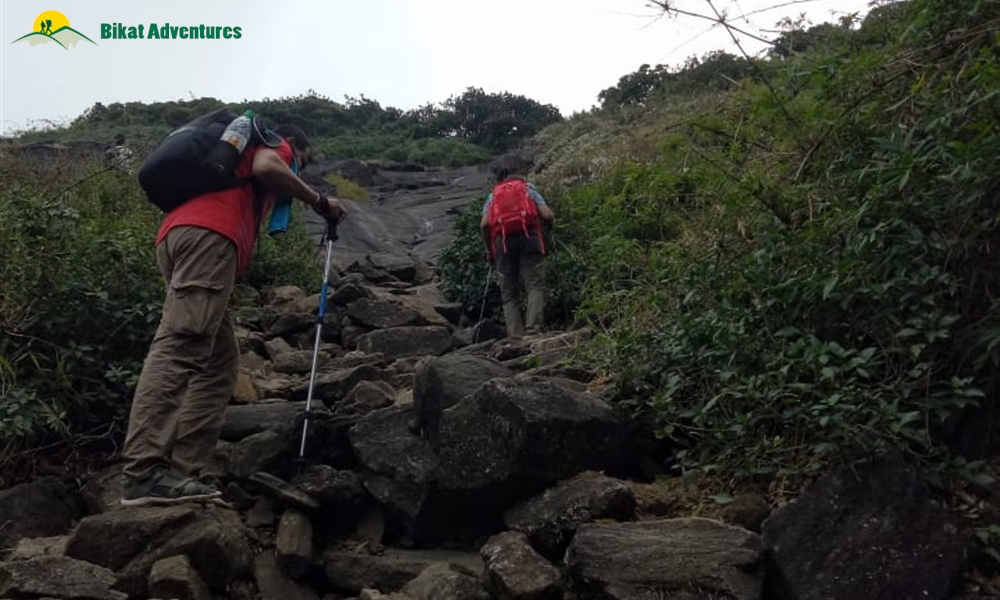 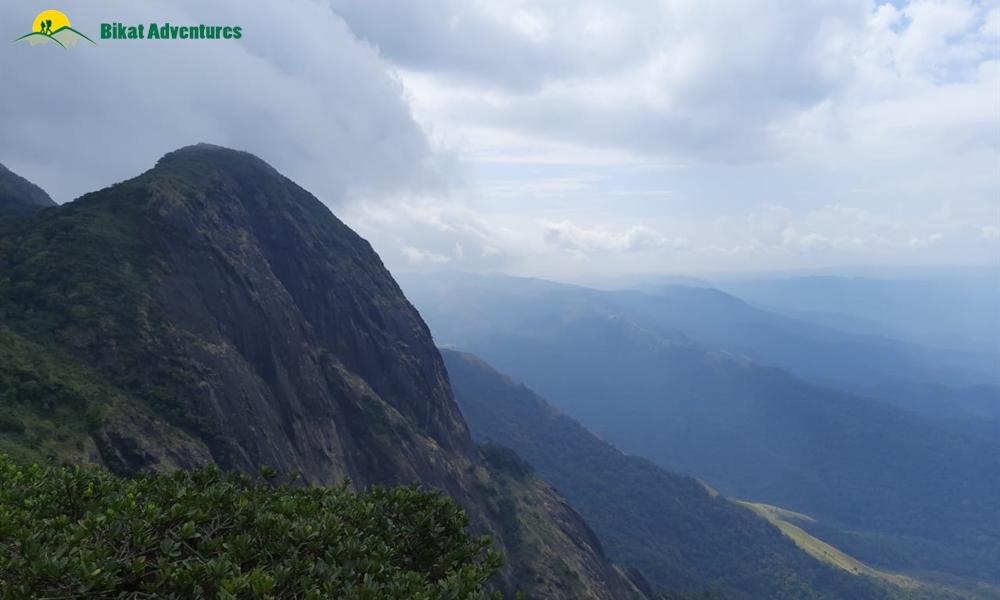 The last straw was 2hrs into the descent, when the force of X's descent caused the shoe to open up fully. Now, with nothing else left, Nitin tore-up his face-towel into strips and bound up the shoe. 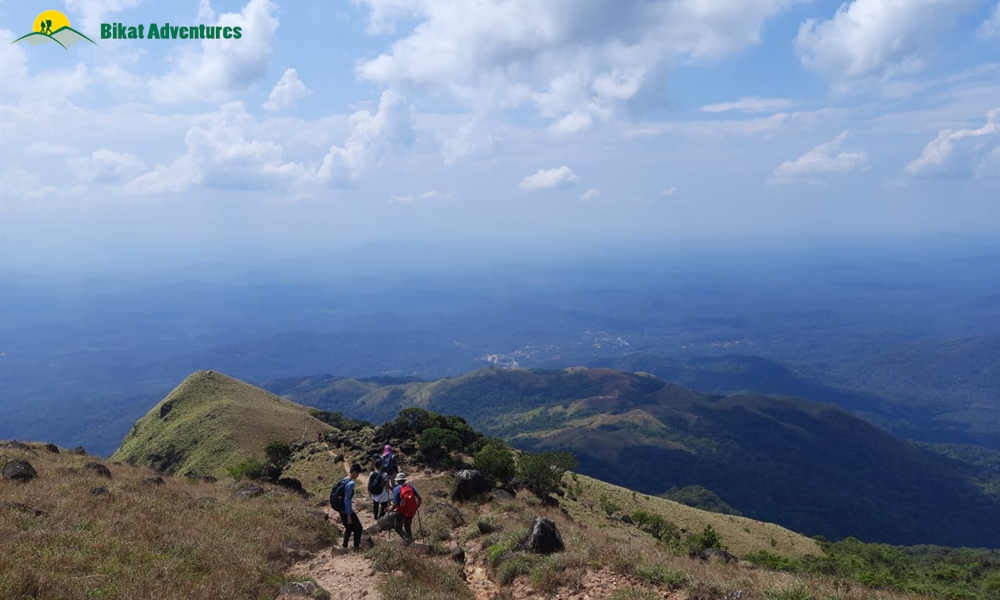 So, with this patched up foot support (I presume I couldn't call it a shoe anymore), X cheerfully completed the trek. He had his lunch at Bhattru mane in the drizzle, as shoes were not permitted inside the house and trekked the last 1hr in heavy rain. What became of the shoe after the trek I don’t know.

But, what amazed me was the un-complaining nature of X and the fact that despite the significant discomfort he must have experienced, especially during the descent, he remained cheerful, as is his usual self. For me, a pompous big-mouthed trekker, this was a humbling experience & big lesson to learn. 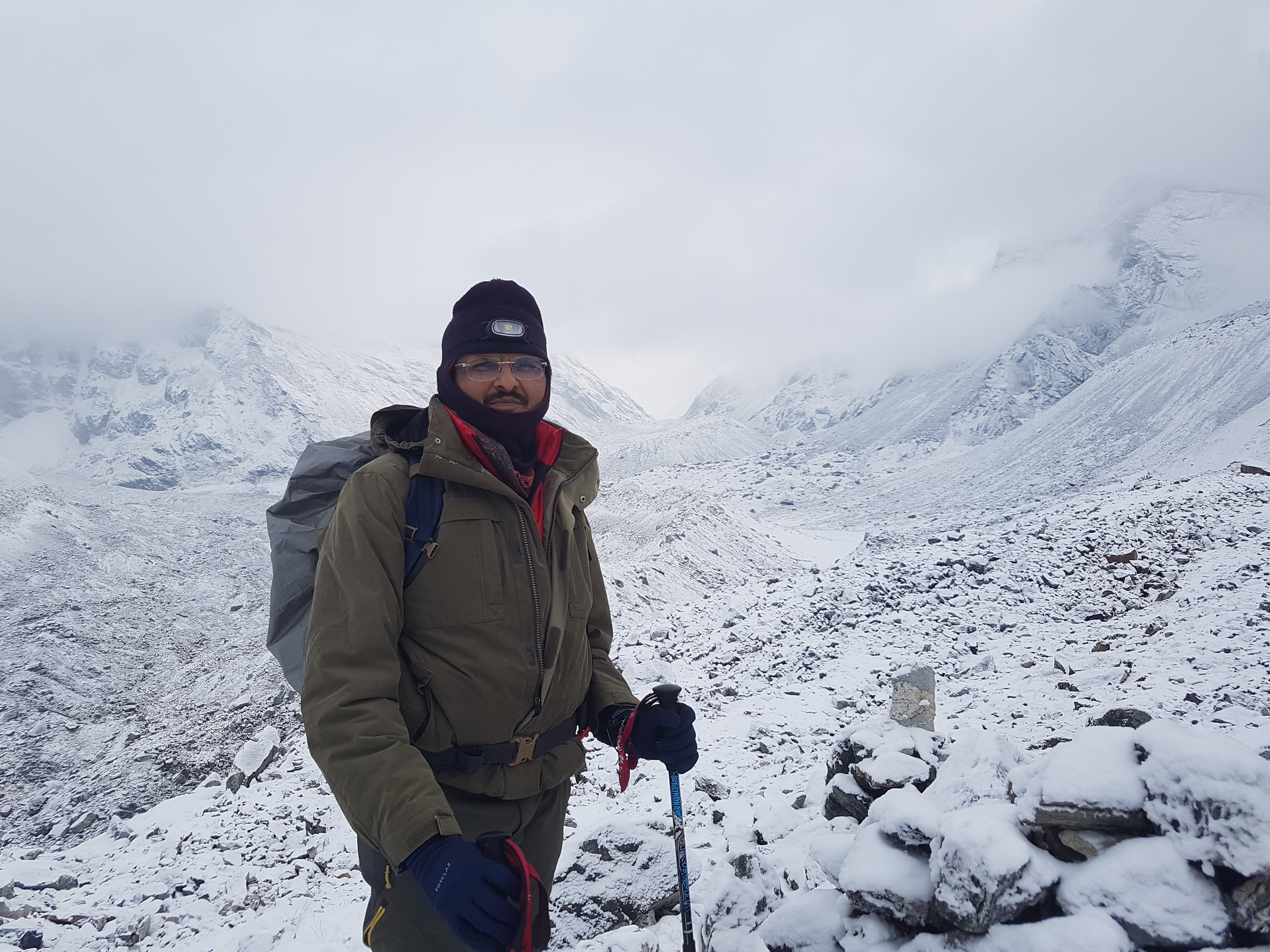