Why You Should NOT Trek in Small Groups

There is no fun unless there are no blaring Bollywood songs on their speakers. My eyes bleed out looking at the quiet and spacious campsites. There is so much peach and quietude for self-introspection in the mountains. But who needs it anyway?

The real fun is when there are people slowing you down on the trek that you don’t even get to complete the summit. The cramped up campsites look the prettiest. Everything moves with the speed of a snail. This is the kind of experience that I came for!

And it is so much cheaper. 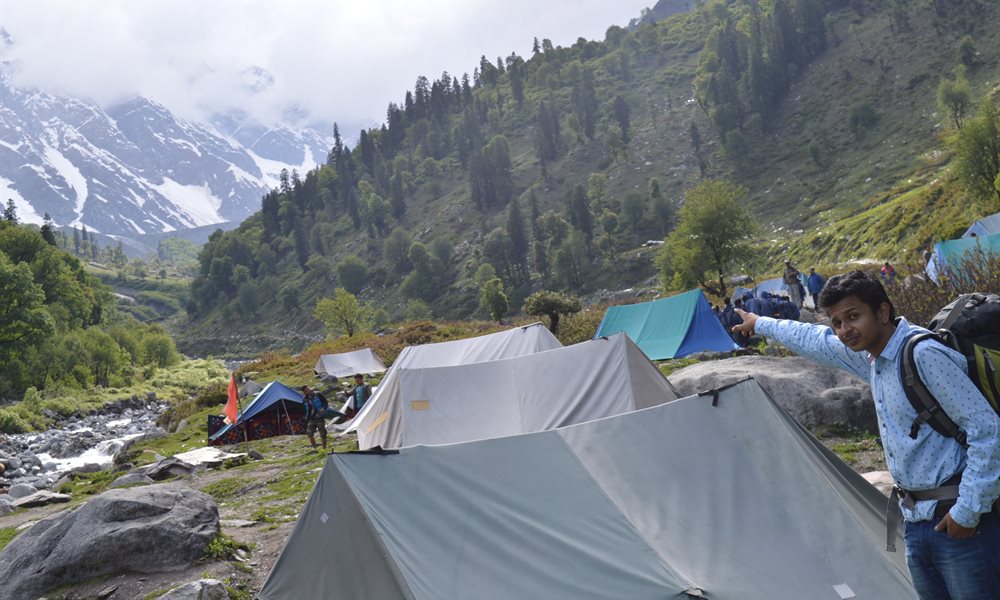 1.Because who cares about the environment

It is a simple fact. More people means more litter.

And, no matter how much waste you bring back to the base, you still put a great ecological stress on the environment. Water source at campsites get polluted. More sanitary waste doesn’t mean more manure for the soil, it is just filth. The vegetation on the trail gets decimated by so many people and mules walking over it. But who cares when it is cheaper in large groups. 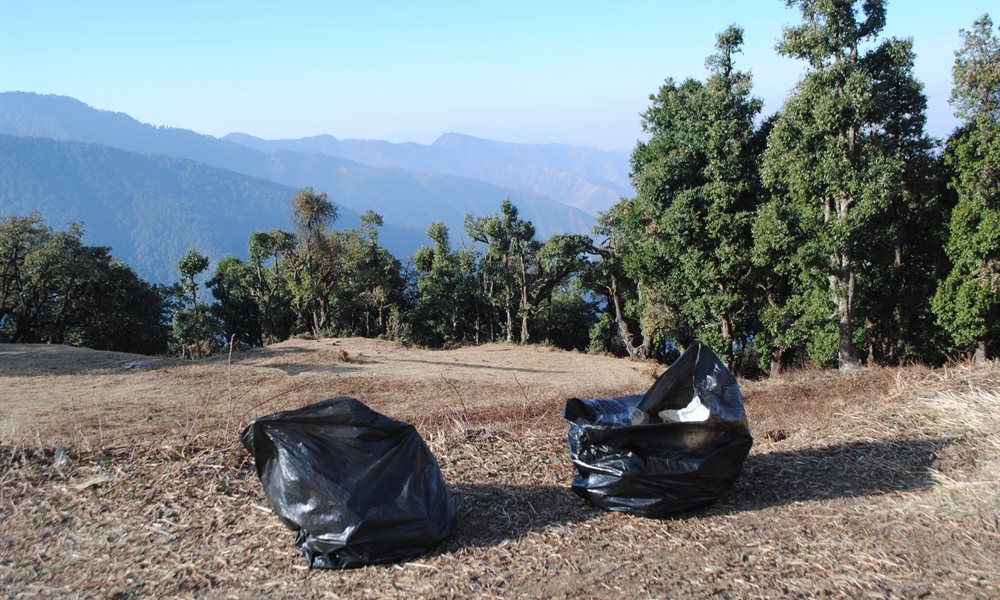 2. Or even own safety

There must be an optimum participant- trek leader ratio on the trek. Too many people in a batch become difficult to manage for staff since it is very difficult to keep a track on everyone at once.

In case something goes wrong like a slip or a fall, then the trek leader would find it very difficult to arrange for a rescue operation because it is easy for a large group to get fragmented in smaller factions which makes it very difficult for the leader to be connected with everyone. But it's okay if it is cheaper in large groups. 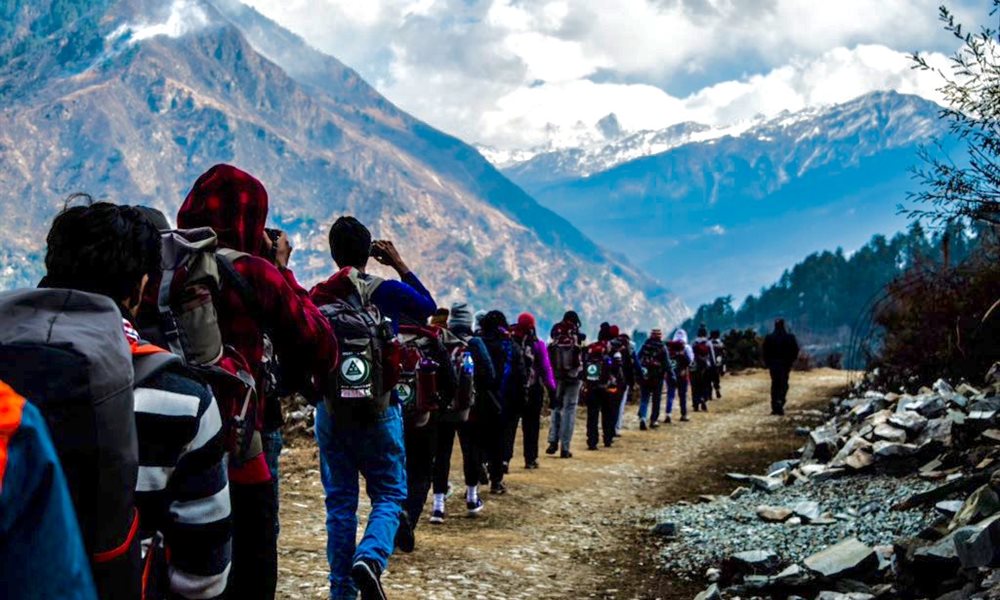 3. Because what fun is learning

Wouldn’t you want to learn a thing or two about basic mountaineering skills? After all, you are spending time and money in the mountains.

Besides, how cool it would be the alpha of your group knowing survival skills in the mountains? Next time, you go solo in the mountains, at least you would know how to find a proper campsite and how to pitch a tent.

Not only this, you get to discuss so much about the mountaineering world and the profession. With so many people to look after to, it might seem improbable for your trek leader to have a friendly chat with you.

When you are in a large group, teaching and learning is never taken into consideration which is sad. But then it is cheaper in large groups! 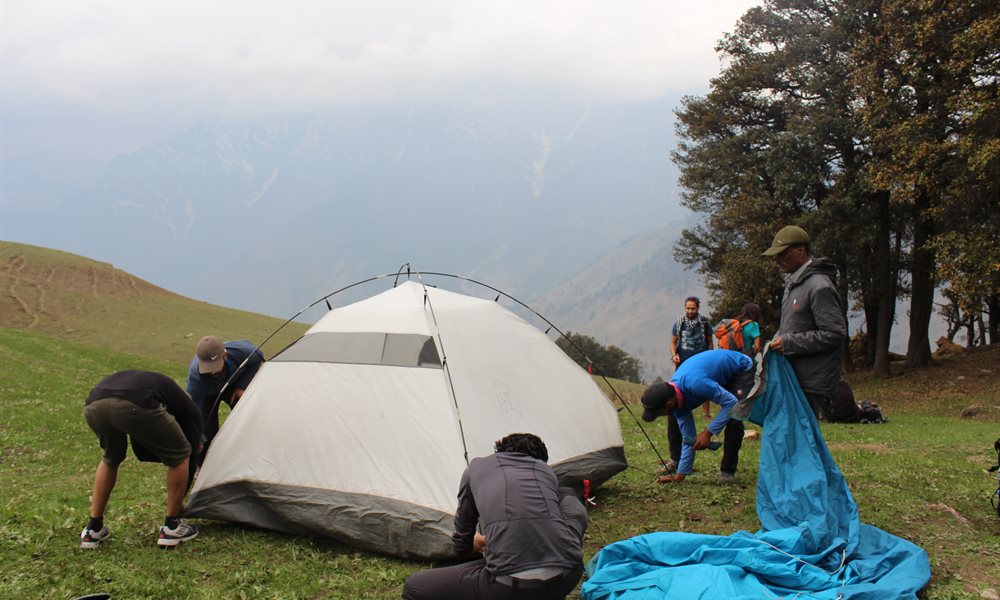 Had this been true, there would have been as much players in any sports team as you want. Apparently, for some people, group size doesn’t matter at all.

But think of this why there are only 11 players in a cricket team or 5 players in a basketball team. There must have been some basis on which these numbers were decided. It is not that they chose the number of players randomly.

It has been tried and tested that the best size for a trekking group is 11-12 members. Not only it helps in smooth transition but also ensures coordination and punctuality.

Trekking is a group activity where each and every member is involved in the process be it pitching the tents, gathering woods for bonfire, or other team activities. In large groups, people take things for granted and slack from their responsibilities. The beauty of small groups is that you bond very strong with everyone and the unknown teammates mostly become friends for life. But then less bonding comes at low cost..so okay. 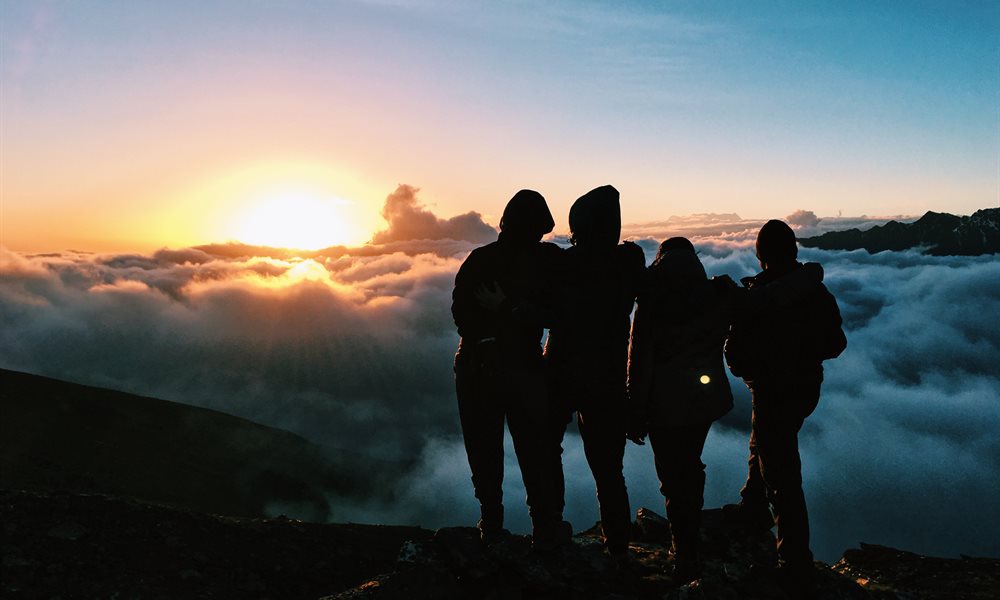 5. Because solitude can go take a walk in the park

Why do you come to the mountains? To get away from the hustle-bustle of the city and enjoy the solitude, right.

But when you are camping with 30 odd people, imagine the clamor at the campsite. All you wanted was a corner of peace and quietude. But now you can’t even enjoy the birds singing. With so many people around, it really hampers your personal space.

Also, with so many people, you have to rush things up from your morning ritual to your breakfast. But then again ... 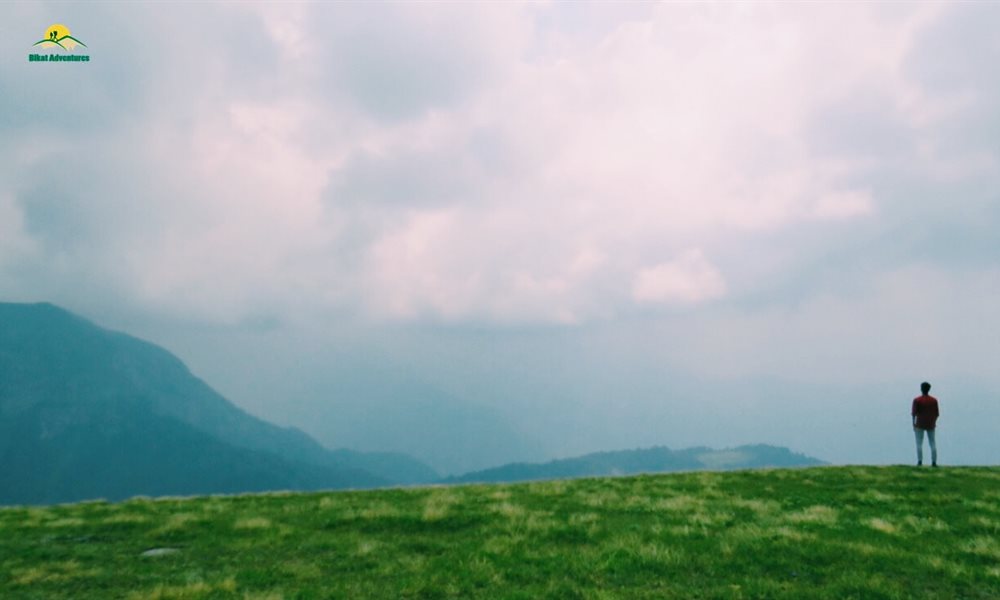 6. Because who cares for the attrition on the trek

Time is of the essence when you are in mountains. So, it is very important that everything runs according to schedule. But when you are in large groups, coordination is often missing. It becomes difficult to synchronize since each member in the group will have their own pace of doing things.

In most cases then, either the group gets immensely delayed or in order to avoid the delay, many participants are discouraged so that they can go back or give up. Thus, the percentage of people actually completing the trek is usually very low in large groups.

But didn't I tell you that it is cheaper in large groups? 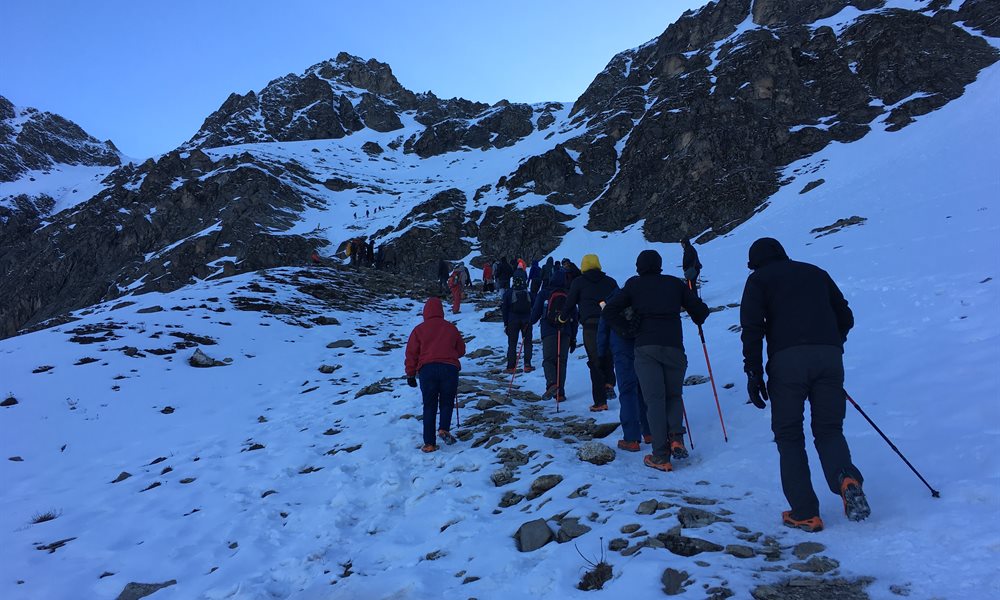 I wish I could say ‘more the merrier’, but it is just cheaper. However, that is the most important point!

P.S: This is a sarcasm post. For those who still think that trekking in larger groups is a more sensible option are requested to switch on their sarcasm mode and read it again.