My First Cycle Ride In Mountains - Dehradun to Mussoorie

But to realize this dream lot of dedicated practice was required. Because this is the only way you can build your body stamina and prepare your body to bear all that exertion which you will face. But before all of this you must have a geared bike of good make, a bicycle helmet and other accessories as per your wish but these two are a must.

Taking a bike on rent is also an option but if you consider the rent of a bike for the practice & expedition days together, it will be some good amount which in my opinion is not worth spending & buying your own bike is a better deal. Purchasing your own bike is a good investment for people living in cities like Delhi as it gives you freedom to ride with your buddies over weekends & needless to say the health benefits you drive from it are amazing. Luckily I did not have to do any of it ;) as I borrowed a Merida-V20 bike from Girish, the same bike on which he did this expedition. This was the second chance for this bike to ride on the Manali Leh Route & first chance for me.

Initially I did a few rides on the roads of Gurgaon which are mostly flat. With only city rides under your belt, it is actually difficult to gauge your preparedness for a 10 day long expedition like Manali to Leh in high altitude conditions. When a dream is so close to your heart you don’t want to leave any stone unturned. So I checked out one of the practice rides announced by Bikats to give their participants a real feel of riding in the mountains.The first practice ride, it was from Dehradun to Mussorie, a total uphill route of 25 Kms. On hearing the word “Total Uphill”.. I got totally scared and my confidence was at a low ‘coz of so many doubts running through my mind. Well to be honest there was only one “Kya ye humse ho paayega ?” And the instant answer I got from within was “NO” But i had to convert it into “YES” if I wanted to live my dream. So I just enrolled for it.

The journey of my first ever long and difficult bicycle ride started on 4th July’14. We were a group of 6 cyclists,5 boys and 1 girl, that’s me !

After the overnight journey from Delhi to Dehradun, we reached Dehradun at 5 early in the morning. Our cycles were already transported by the Bikats a day before after dismantling them. Wakeel, the all-rounder bikat was ready in the guest house with our assembled cycles. 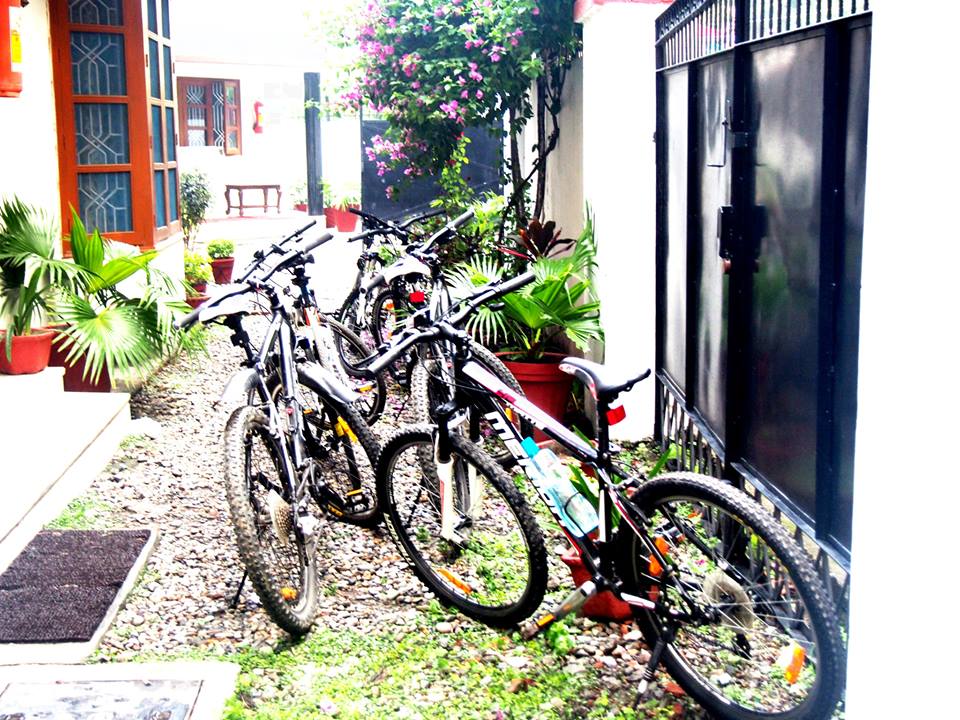 We started cycling with a big cheer at around 7:30 AM. After cycling for half an hour on flat road we stopped at some dhabba to have breakfast. We were totally loaded after this and it seemed difficult to ride. But happiness came to us with some relaxation when we saw some downhill section just after that dhaba. But to our dismay, It was the only downhill part of this complete route and that too for 2-3 mins only. After this downhill section began the actual drill and our capability test started. We all put our bikes in the lowered gear as per our comfort and started pedalling to get over with it. 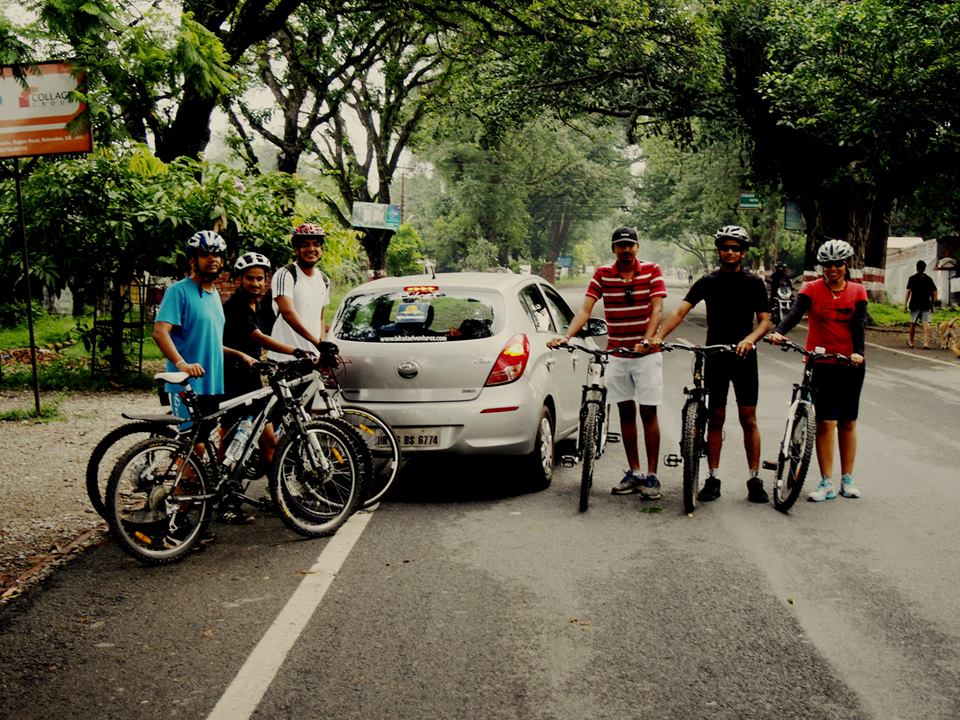 It took us approximate 5 hours to reach Mussorie with some breaks on the route. Last 1 Km was very steep and that was out of my capability. So I got down of my bike and started to walk along with it. But this is not advisable.After all we were supposed to complete the ride on cycle and not by walking. 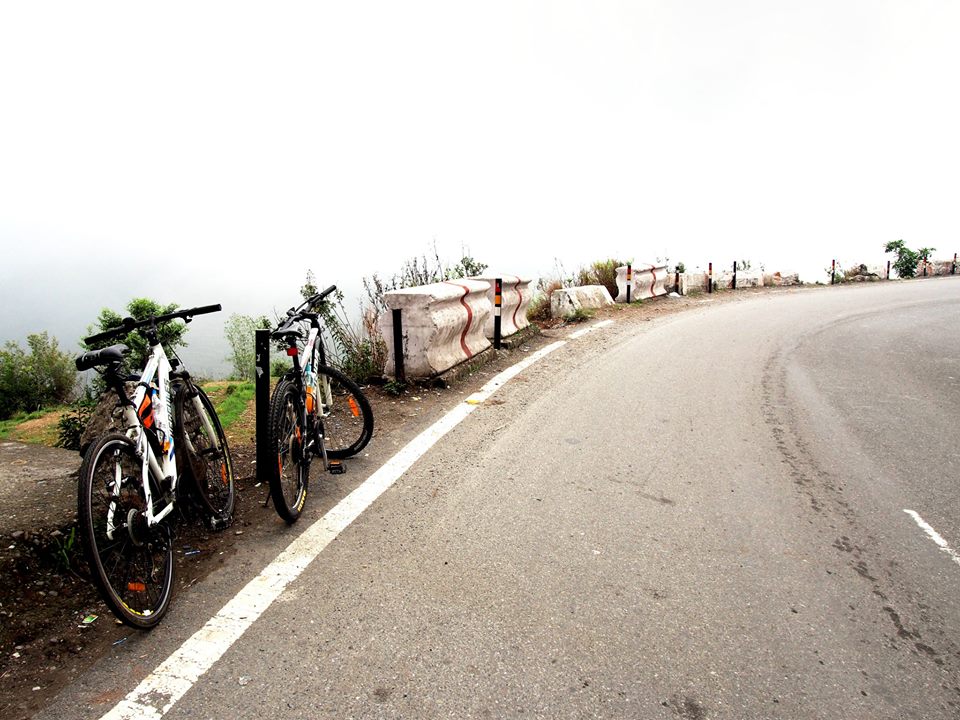 Few things that I observed during this practice ride were like no matter how slow you are riding but keep pedalling and avoid halts as much as you can. Reason being the more you halt, more difficult it is to gain the same pace again. Take few brakes & drink lot of water as it is important to keep your body properly hydrated. Drink frequently but in small quantities. Fill up your water bottle whenever you get the opportunity. Ours were being filled by our support vehicle. Ya you can also mix Glucose or Electral to the water of your bottle. I prefer simple water over these as I feel more thirsty after having any sweet or salty water. This is only my view. It can differ. 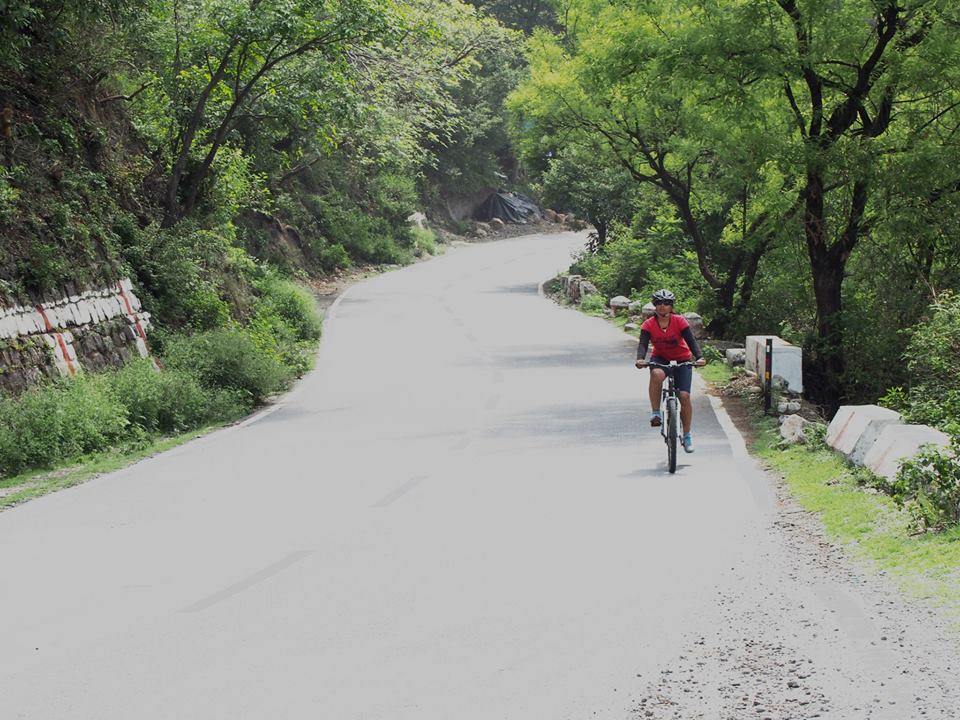 By 2 PM we reached Mussoorie & booked ourselves in a hotel. Everyone was so tired that we all fell asleep. Evening was spent roaming in the local market. When you do something so gruelling to your body it gives you a happy feeling about yourself which comes only after sometime. While roaming the streets of Mussoorie I was feeling happy as this ride was a next level thing for me. I was happy as that NO had been converted into YES. The thing I learned about cycling in mountains was “Don’t give up easy and keep pedalling”, the destination is always a few pedals away :)

The next day we all got up late. We were excited as today it was a total 25kms downhill. Without taking the pain of covering the uphill last day it was not possible to enjoy the downhill. We were rolling down the hill like someone has given us wings and we were flying. It’s pertinent to mention here that you should be very careful while riding downhill as roads can be pretty unpredictable. So just decide on a safe speed & stick to it .By 10 AM we were back to our dhaba in Dehradun. We had a lazy breakfast& just chilled out for some time. By 2 PM we boarded the bus for Delhi. 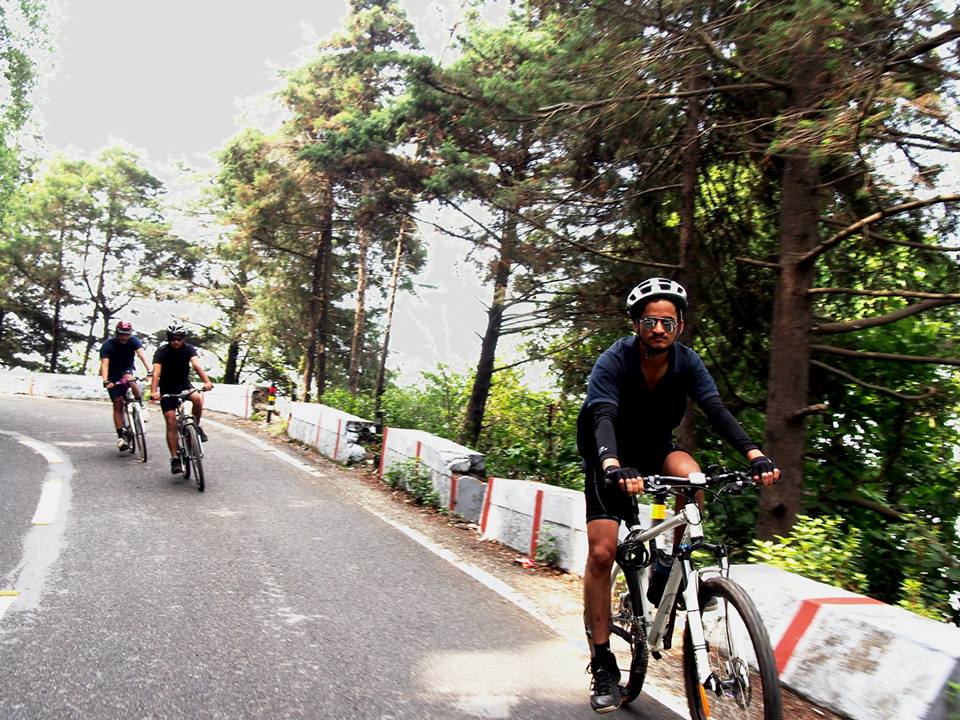 My take away from this ride : Nothing is impossible in this world. One has to make up his/her mind and things will fall in place for you.

“It’s better to look back in your life and say I can’t believe I did that rather than saying I wish I could have done it." 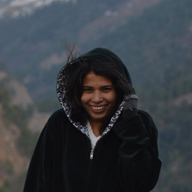 An Engineer by profession and an adventurous soul by nature. Have a dream to explore all the hidden Read more