A trek through the fields of Malana - Chandrakhani Pass

The journey began with a Volvo, the name which is synonymous with ultra luxury and comfort in India, in the transport sector, and with safety the world over, from ISBT at 2000 hours. The Swedes it seems have tailor made these buses for Indian requirements since the whole bag and baggage of the 13 strong trekking party, which was quite something in itself considering the rations for 5 days etc., was easily accommodated along with that of the other co-travellers. The group consisted of people mostly from in and around Delhi except for the enthusiastic exception, “dada” who had come all the way from Kolkata to be a part of this trek. Once aboard the bus and out of the cacophony of the Delhi city, we had our packed dinners and while some chose to doze off the rest continued getting to know each other better, way into the night.

Day 1 : The bus dropped us at Bajora (a town which is approximately 3 kms before Bhuntar) at 8 AM, where a Tempo Traveller was waiting to pick us up. After loading the luggage literally on top of the Tempo traveller we drove till Bhuntar, where we took a break in order to break the nocturnal fast. Next we drove to Rumsu, the starting point of our trek which is around an hour and half’s drive from Bhuntar. Here we were handed packed lunch and it was here that we met our guide, the porters and the three most welcome companions who have made trekking a possibility for our lot; the three beasts of burden that would help us carry our luggage through the rugged terrain, the ever useful mules. The common luggage was loaded onto the mules & we started our trek exactly at 12pm. The target for the day was Naya thapru, a camp site around 6 to 7kms from Rumsu. The target was achieved with some effort and to mark the achievement a bonfire of logs from the jungle was lit up and dinner was gobbled down around it before entering the havens for the night.

Day 2 : A beautiful cool morning, which is a pleasant surprise in these parts, greeted us as we prepared for the day’s trek. This was a new experience for even the seasoned trekkers among us. The valley was ripe with the sounds of the mountain birds and the fresh mountain air was very soothing and energizing. Snow covered peaks dotted the horizon on the other side of the valley which made waiting for breakfast also very difficult. We began the day’s trek immediately after breakfast and after successfully negotiating a steep climb of around 2-3 hours we reached the top. The porters arrived with our lunch and we were only half way through it when it started raining cats & dogs. In a few moments the scenario worsened and the rain turned into a hailstorm. We took shelter under a bunch of trees as we waited for the hailstorm to subside. It was only after half an hour that it slowed down & we decided to move on. The rain which we had expected to stop in a few minutes continued till the next morning. We reached the base of Chandrakhani pass at around 4 PM & pitched our camps there. As it was freezing cold and still raining outside the dinner was served inside the tents. All of us slept early with the pitter-patter of raindrops on the rooftops to keep us company. 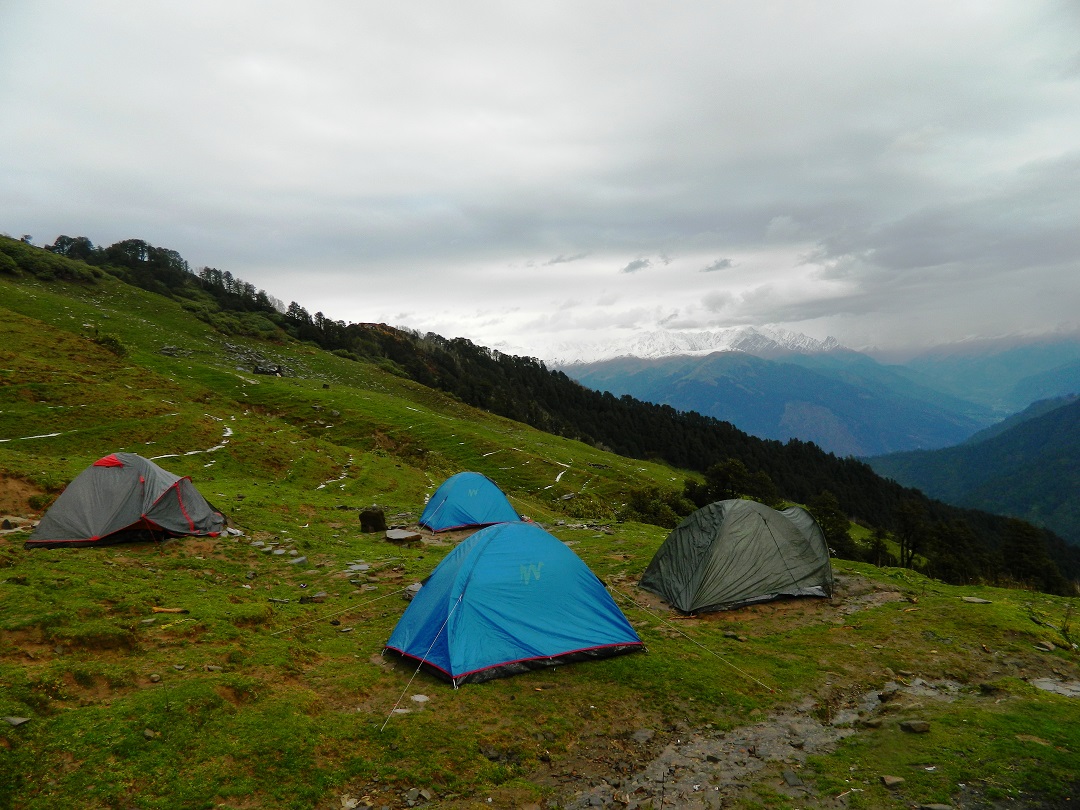 Day 3 : To our great relief the rain which had started the previous afternoon & continued throughout the night, stopped in the morning & weather started showing signs of improvement. The snow covered Chandrakhani pass was visible in front of us and we started moving towards it immediately after breakfast. The weather improved through the day and the peaks which were invisible due to the clouds in the valley started appearing one by one. Bright sunshine and clear sky greeted us at the pass and provided a magnificent, breathtaking view of the surrounding peaks. Lots of pictures were clicked by the time porters arrived with lunch which we happily ate while admiring the beauty around us. One of us had the bright idea of taking advantage of the sunshine & drying our clothes but the clouds had started gathering in the valley, where we were headed, so we decided to hurry up & reach our destination, Nagruni, before all hell breaks loose again. Contrary to our expectations, the trek to Nagruni was a long one and it was past 5 o’clock in the evening when the last of us reached the camp site, by which time it had started drizzling again. It had become extremely cold and while some of us braved the weather to collect wood from the jungle the rest thought it prudent take refuge in the tents. As the rain subsided the courageous few again came together to get the fire going and with it began the party. No sooner had we came out than it started pouring again and thus the party venue had to be changed to the royal Shamiana, which had been setup keeping in view of such an eventuality, a learning obtained during previous such endeavours. With the rain in no mood to give us some respite, dinner had to be taken in the tents. Surprisingly though the night wasn’t as cool as the evening which may be attributed to the cloud cover over the valley. 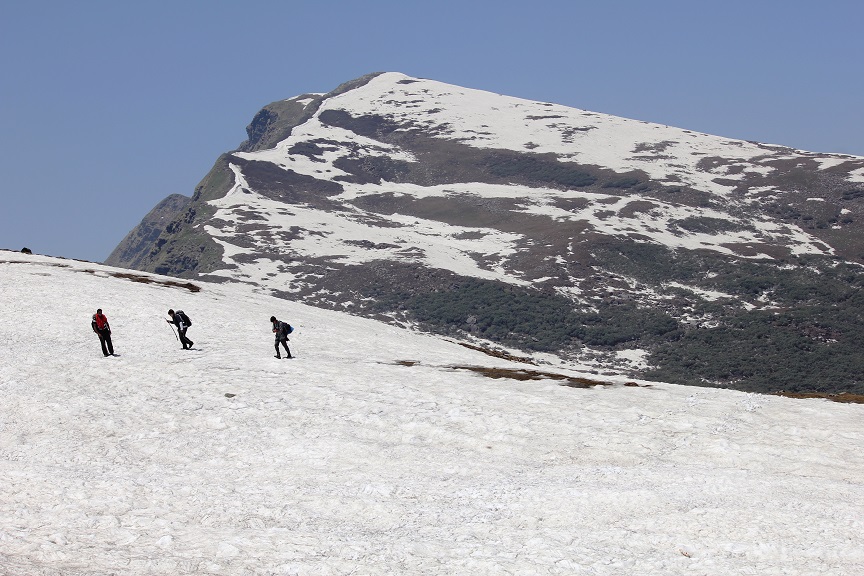 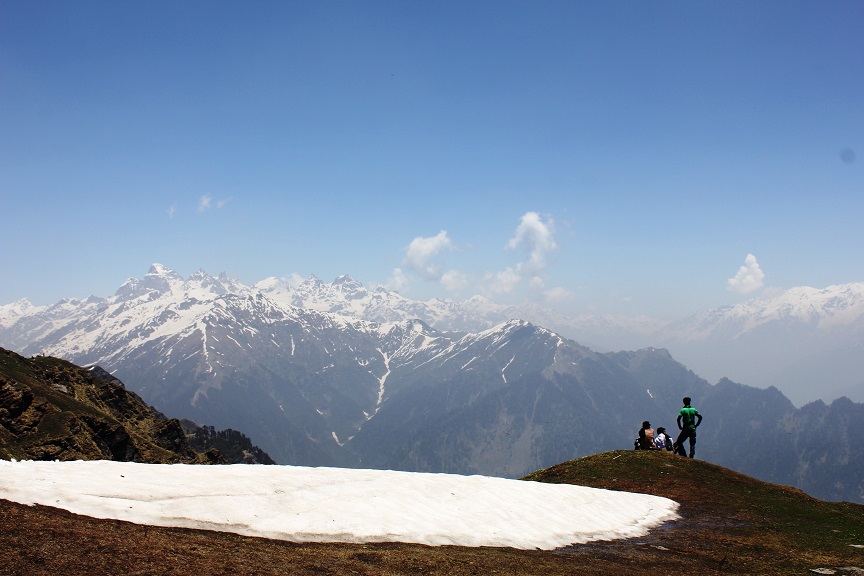 Day 4 : Though sleeping is the only thing that we did during the nights, night in itself has many funny incidents to offer as noted in our previous treks, so every morning there used to be someone or the other sharing some incident like “Menace of the Snoring Partner” etc. On this particular morning somehow there were no interesting happenings and almost everyone said they had a good night sleep. Though the rain had stopped the morning was extremely cold and the first thing that we did after coming out of the tents was starting the fire. The day’s trek was not a very long one so everyone was getting ready at leisure. We had the breakfast around the fire and left the camp around 10 o’clock. The trek was through the farms in Malana which is famous for the Malana cream. Its aroma was spread over the fields and we were completely intoxicated by it as we passed through them. The trek was a steep downhill to the road near Malana Dam that is built on the Malana River. All of us reached the intended spot by 2 o’clock and from there we took the tempo traveller back to Kullu. We boarded the overnight Volvo bus from Kullu & reached Delhi the next morning. 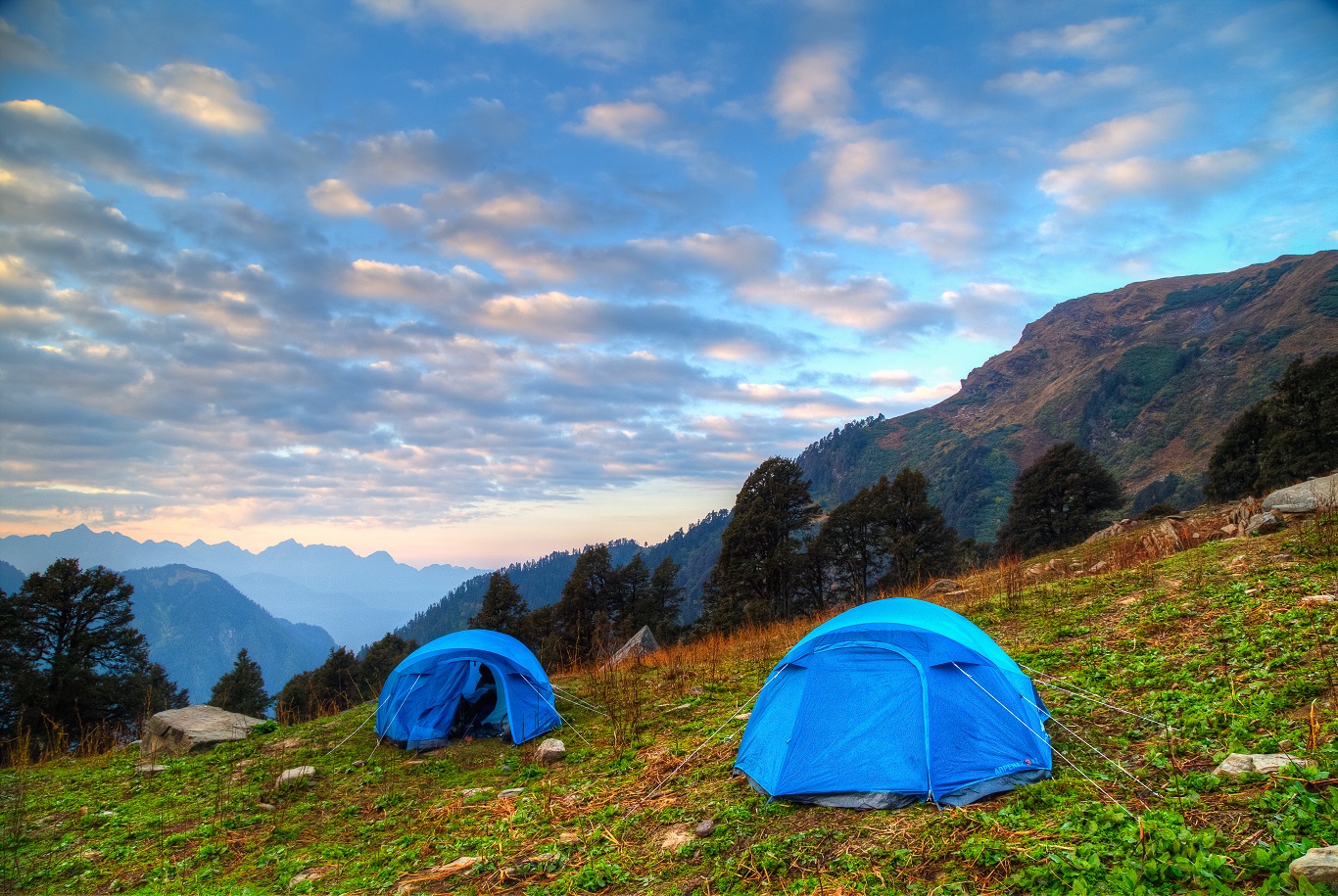 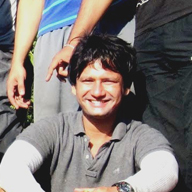 Asheesh is a marine engineer. After years sailing experience he is now settled in Gurgaon. Hailing f Read more