A Sojourn To Kareri Lake

Nothing soothes me more than hiking a mountain even if its the same one again and again. This was the third time i was about to hike the Kareri Dal, yet so excited and couldn't wait to camp again.

As the trek began it started pouring. I somehow managed to reach Kareri village. Oh! That warmth and affection from the locals, that rain drenched hot cup of masala tea and offcourse the food cooked in the 'chola', such a reminiscence. I still crave for the chutney made of rhododendrons flowers (Brass k phool). 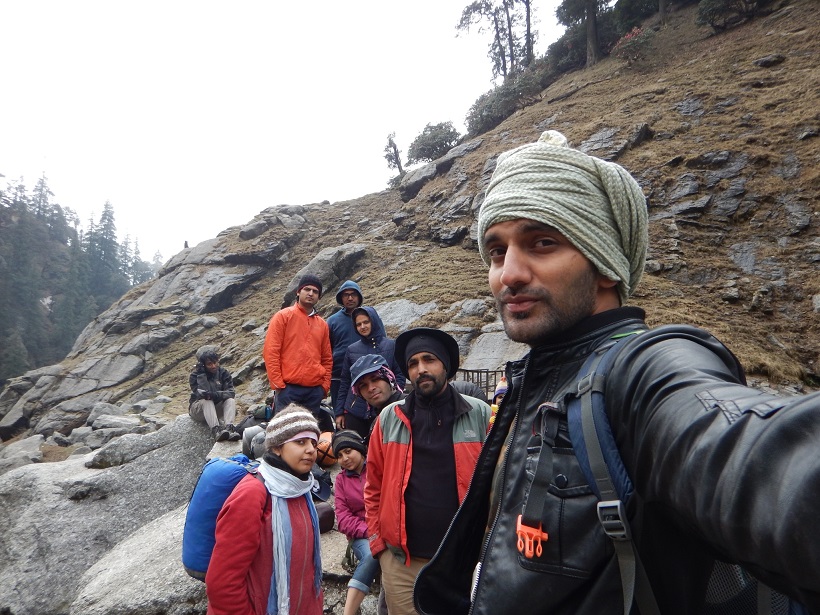 Shinning in a bright yellow raincoat, I started towards the first stream. Pitched the tent, gathered the woods, never thought lighting up a fire can be so hard. After 2 hours of strenuous work, finally did it. The night was tranquillising as it could be, Moon was as bright as it could be, so soothing and so calming. My fellow companion and I talked, ate, gazed at the stars and slept.

No drink can beat early morning tea made on woods with stream water. Pumped up for the day we started towards the destination. I have always loved crossing a stream bare foot even if there was a second way. That wasn't easy enough, to cross that stream; but i chose adventure and risk over comfort. After few hours we were half the way when we crossed first gaddi hut and then a bridge. We then sat by the bride, ate, clicked pictures and boosted for the next half. In the second half there were huge boulders which were almost covered by the glacier. Moving slowly and steadily on glacier we managed to cover a few kilometres. You can expect anything in dhauladhars, one moment sunshine, the other moment rain and offcourse hailstorms are never missed. 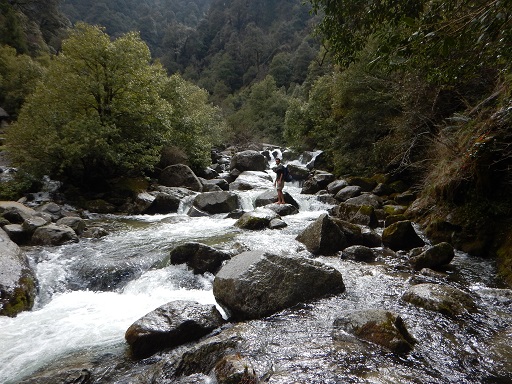 Suddenly hailstorms started pouring over our heads and hitting our naked body parts. On the way there were two last gaddi huts on our right which were almost covered under snow and just their roofs were visible. Now i knew that we were half an hour from lake. 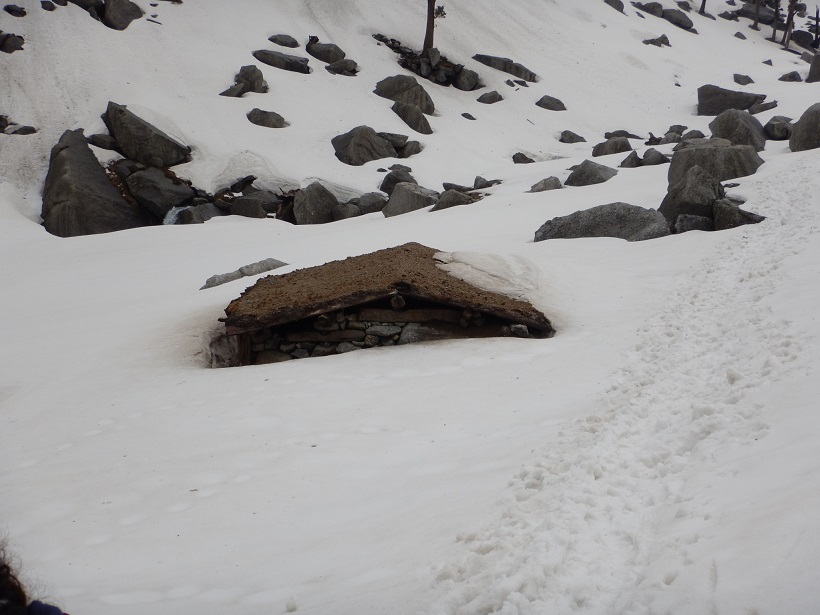 Walking over almost 6 feet snow we climbed the last patch. Unlike the last time i couldnt even see the sign of lake as it was all frozen. Even the Shrine was enclutched with snow, the shelters were half filled and there was no place to sleep. Shelters cleared! Woods collected! Now task was to light up fire in frozen land and then to cook food. Every single stream was frozen, so no water and hence no food. But Maggi was in abundance, so dinner was dry fry masala maggi. Believe it tasted yummy and no one asked for anything else. 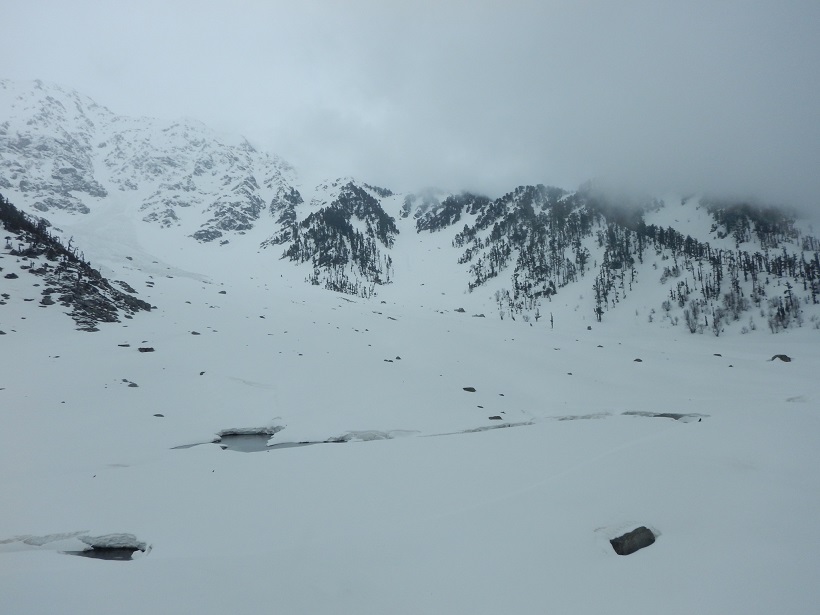 No words to describe the beauty of that night. It was alive with numerous stars and a big ball in a sky. Yes, It was full moon and I could spot anything even in midnight without any other source of light. I wish i could lay whole night long under the sky gazing divine beauty. 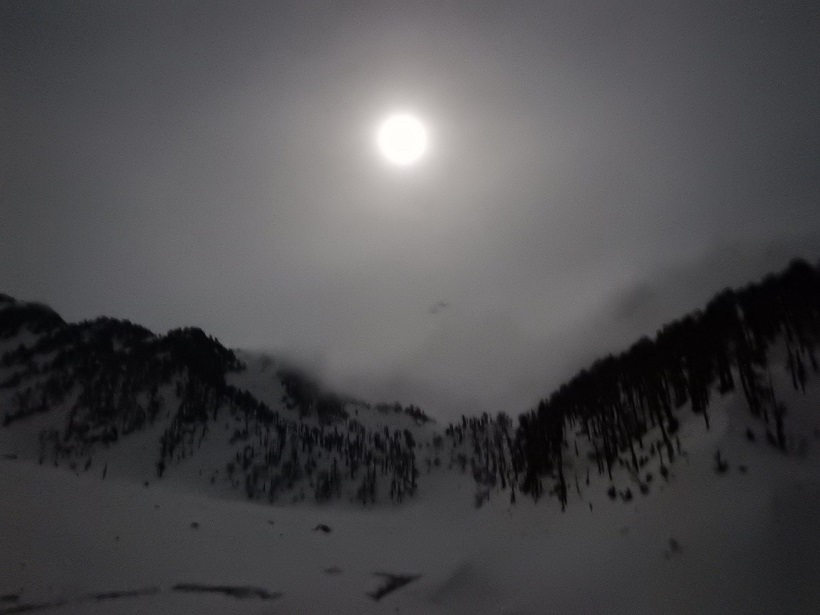 8 people sleeping in a small enclosed closet, that feeling was so great nobody wanted a bed or anything else, so freezing yet so warm. Waking up in mountains is a different feeling unlike the feeling you have in the city. It was a spectacular sight, sun touching snowy peaks with crimson light. Sliding down, running and playing on snow covered meadows we started our journey back. 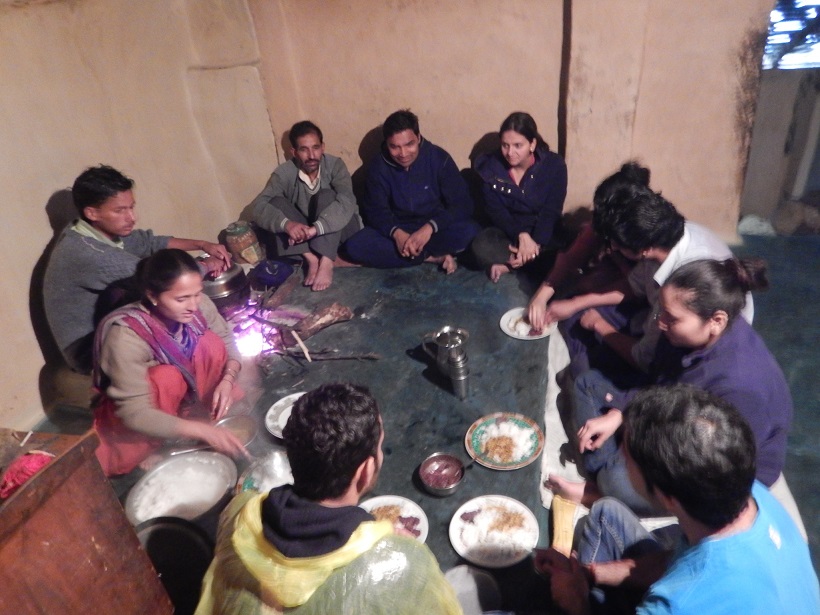 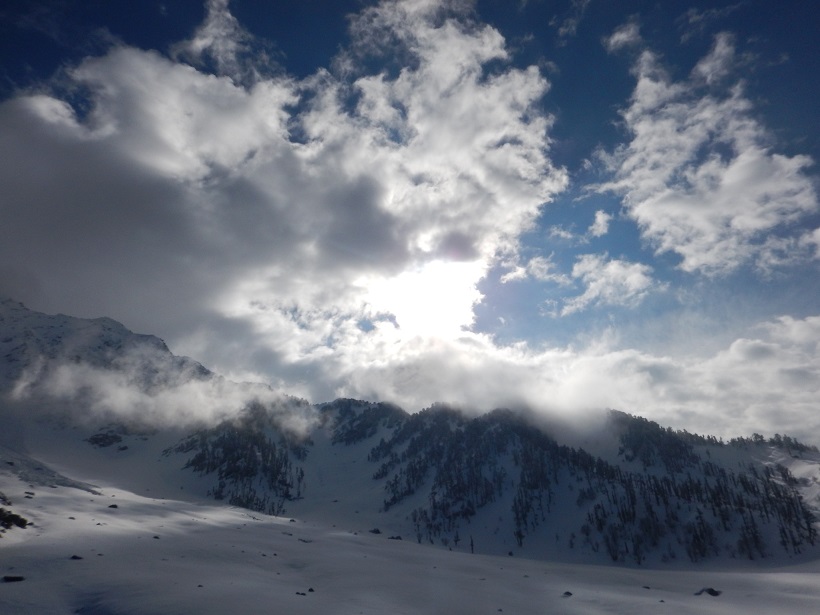 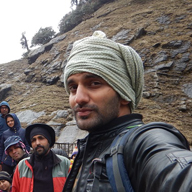 A city child in love with raw and rustic Himalayan life and culture. Stuck in city and corporate lif Read more