What you seek, is seeking you.

I was standing at the base and had no idea where the peak was. I had no idea how long it would take us to get there. All i knew that this was going to be tough but will be worth it. The clouds roamed above us, we sat in hope, wishing for them to pass by but they didn’t. They rained and rained and we slept in the thunder. We woke up the next morning to a slight drizzle. We did not have a spare day now, it was today or never. We prayed to the gods and decided to go for it and thank god we did, because that was the only day it did not rain in the five day period. We lived to tell the tale.

This memory from ten years ago was running in my mind as I was hustling at work, my bus was leaving in three hours for the mystical Parvati Valley in the Himachal. This trip had been a dream for all seven of my friends traveling along. For some, it was the excitement of a first trek, for some it was an escape from their mundane jobs, for some it was the mysticism of the place and for some it was their chance to update their Instagram profile. I was excited the most, could barely contain myself. Why? My heart couldn’t answer. I had a feeling that this trip would offer me something from the beyond.

Office that day was particularly bad; I came home with less than an hour left for the bus to depart.

My friend called, “Bro, I am all set, shall we leave?”

In a solemn voice I said to him, “You go ahead; I will see you at the bus stop. I still have to start packing”.

In his pause I could sense that there was a chance I might miss the bus. His fear struck mine. I rushed, huffed and puffed. I roamed around half naked, putting on clothes while frantically putting things in my backpack. It started to rain and my dad panicked. He told me that I have no sense of time, I will miss the bus and I should plan better. I shouted, we fought and he left me at the metro station.

Fifteen minutes later, I called him “Dad, I am sitting in the bus.”

I was half awake when the morning rays hit me. I was in the mountains and everybody around was sharing theirstory. I too did mine; on Snapchat; ‘My mountain story’.  Our camps were laid next to the thunderous Beas River in the village of Choj a little ahead of Kasol. We reached, ate, showered and then set out to explore kasol only to return in the light of our phones, later that night. The night would have been fine, if only we weren’t that drunk, if only our camps were not across an old bridge over this scary river. Our trembling hearts and shaky feet found the camp and we slept in the sound of the rain. 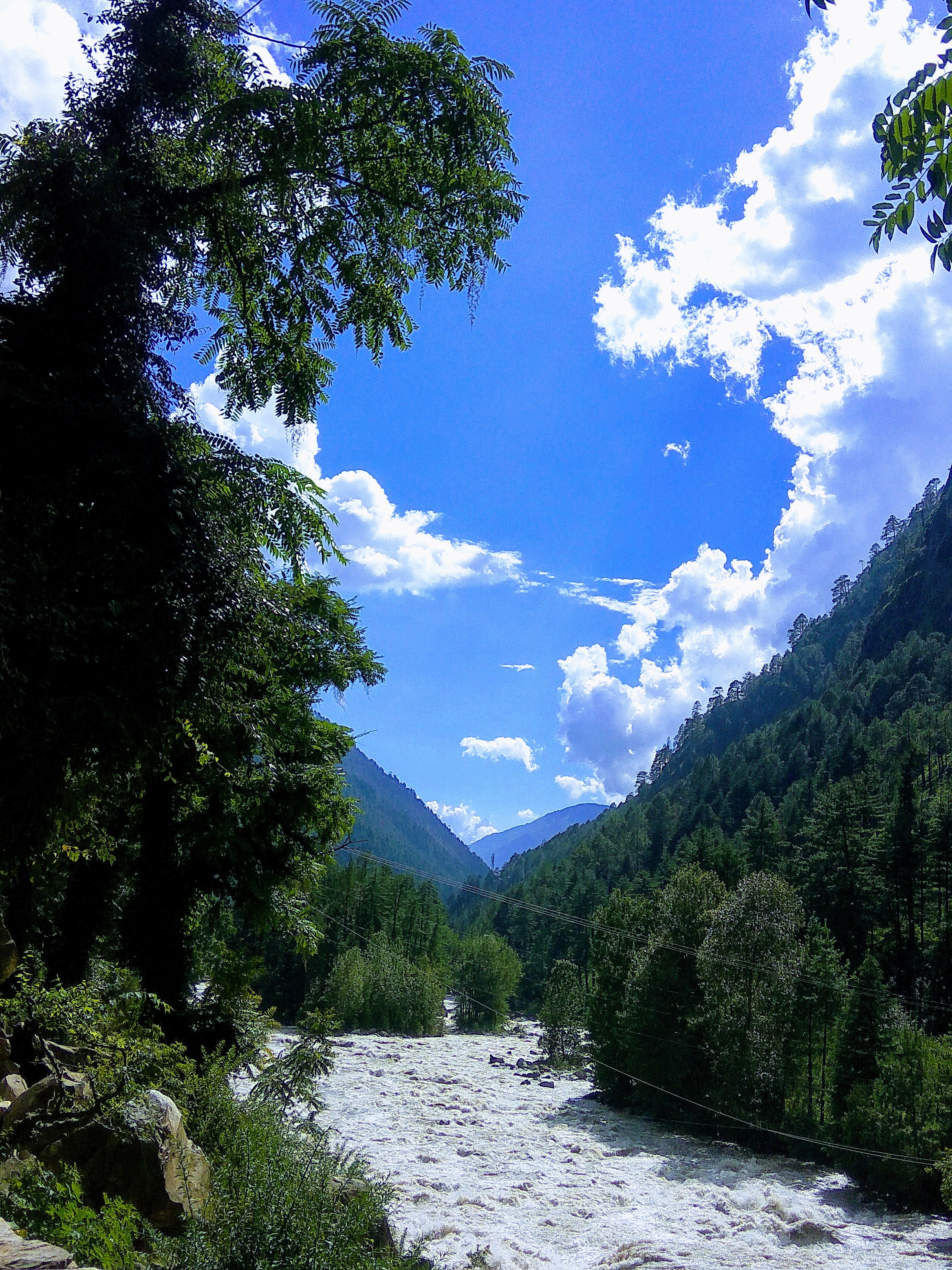 The next morning, we packed our bags, paid our bills and made our way to our new found favourite The Moon and Dance café in Kasol, their Nutella waffles in the words of Ledeshwar Zeppelin Sharma are Stairways to Heaven.  Over these delights we decided to head for Tosh.

Tosh... there is something in this name. Long walks through lanes and by lanes of the mountain brought us to a guest house on the edge. I could sit there for hours, such was the view and such was the valley. We sat and sipped scotch. The weather was starting to gather over us and we were still unsure whether this trip would take us to kheerganga or not. So we decided to trek into the new and forgotten trails above tosh and then head to Kalga the same evening, giving ourselves the maximum chance of reaching Kheerganga the next day. 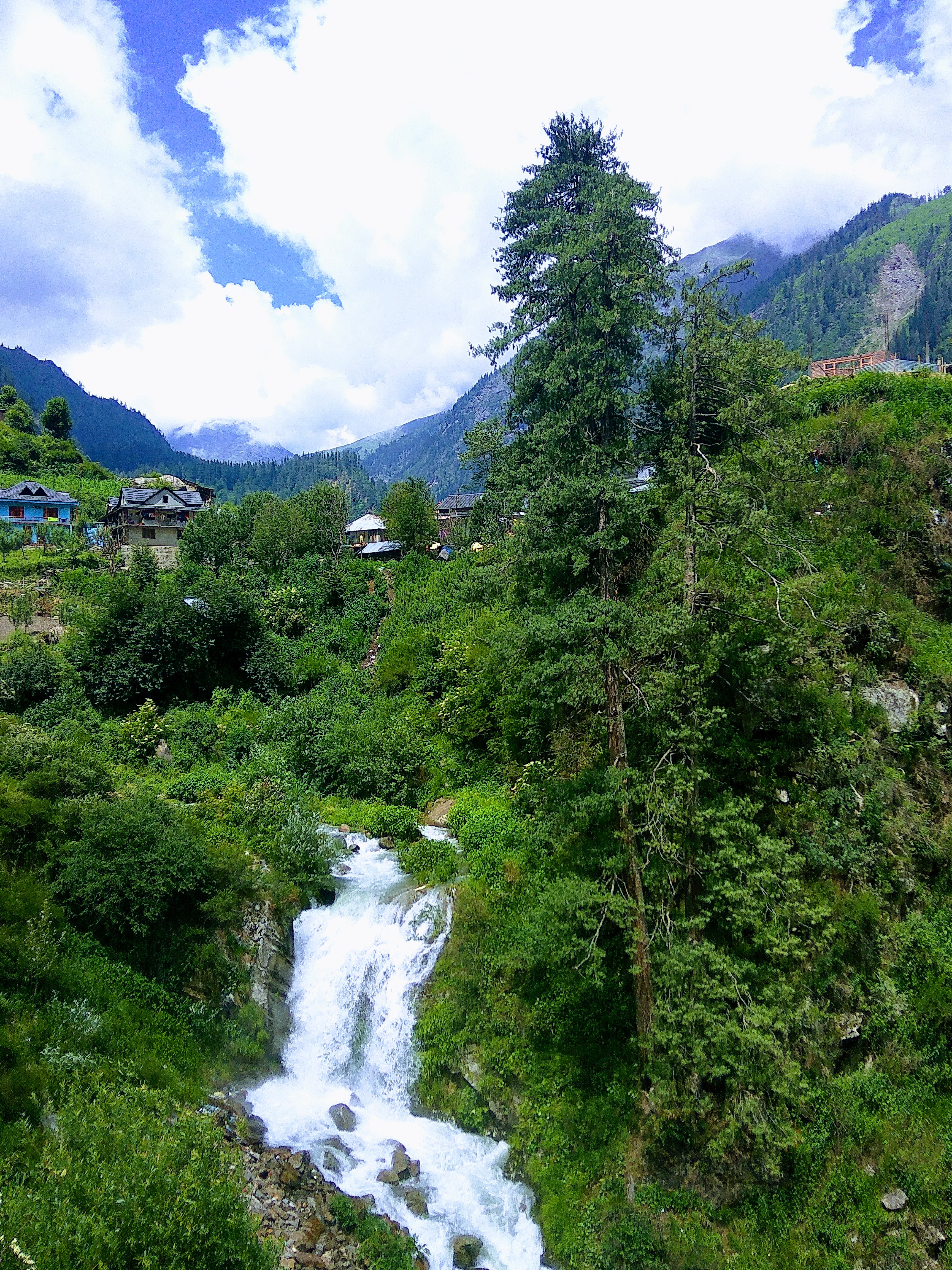 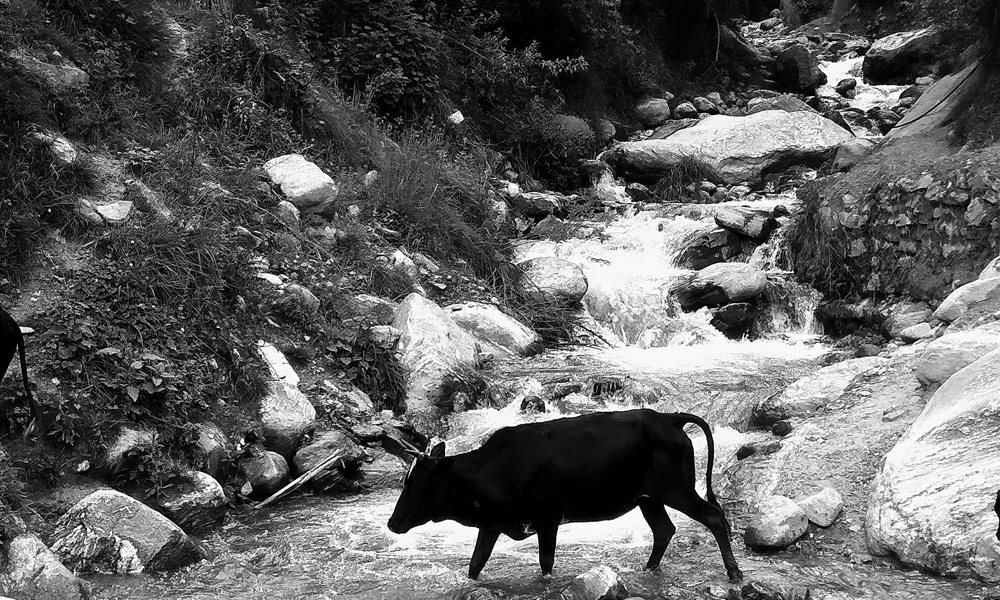 Our trek was fragmented. It was only a walk. Till this point, I wasn’t feeling anything; I was lost in a way I didn’t even know what I was seeking.

Why was this trip important to me?  Why was there such an urge to come here?

The search was within, i knew it. What lied in me that i had to find!

The answers were in the valley, they had to be. I was growing impatient. I was growing sad, I was losing emotions. Racing our way back in rain we rented wooden sticks and set out for Kalga.

If only had somebody told us about this short climb, if only we had been warned?

This was it! As the climb got tougher, my steps got bigger. At one point I got lost in the challenge of the trek that I forgot about my friends who were a bit behind. I looked back and saw them huffing and puffing but ascending with determination. We reached the top and settled into a lovely hotel for the night. In the middle of tranquillity and foreigners we sat in the rain, we danced to ‘ishqteratadpave’. One of us passed out. We picked him and threw him nearby on one of the cots in the café and left him there for the morning after. Spinning, I somehow reached my bed. I thought with such a night, how we will ever wake up on time for our trek. I closed my eyes in despair. Somehow, I woke up at 6 am only to step into the land of mists and gods, i gasped in awe. The morning in the mountains is for the soul. The giant sleeping next to me also woke up and came outside. We moved with the clouds and spoke with them.  We tried capturing it with our phone cameras and then we didn’t; we sat there looking around in admiration. None of us had a hangover. The mountains took care of us. 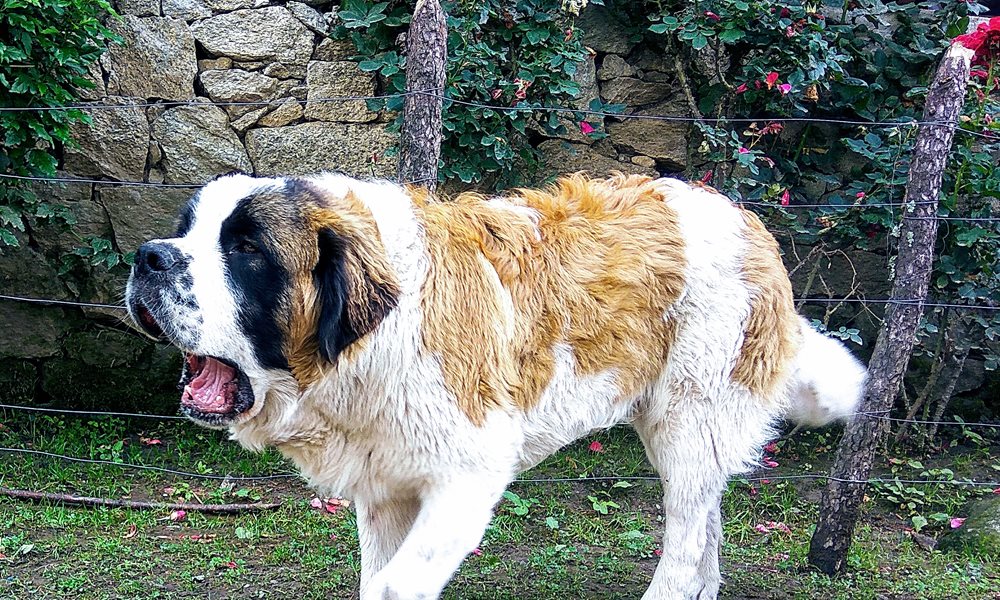 We started the trek to kheerganga with a suspicion of rain hovering over us, I remembered my dad 10 years ago when he followed his gut and led us into that last trek of mine. His resolute then, still fired in me now. We packed light, strapped strong and took steps and because every good thing must start with something sweet, we stopped at Rama Café.

Before starting it, we were told one could do it in five hours; I wanted to do it in three but a friend told me to hold back.

Why are we here? He asked me.

I looked in the direction he was pointing; I saw five waterfalls, dropping from the mountain in front. I stood there transfixed, so did my friends in a line, some understood, some didn’t. They will find their own paths. Why was I here? The answer lied around me. The answer lied in front. Over slippery paths that were steep and curvy. Over tricky climbs and scary edges,we steadily, slowly, in our own world, went on. My friend had a leg injury but never did he give up. Another one, a girl was taunted to be the weakest, never again she showed us. 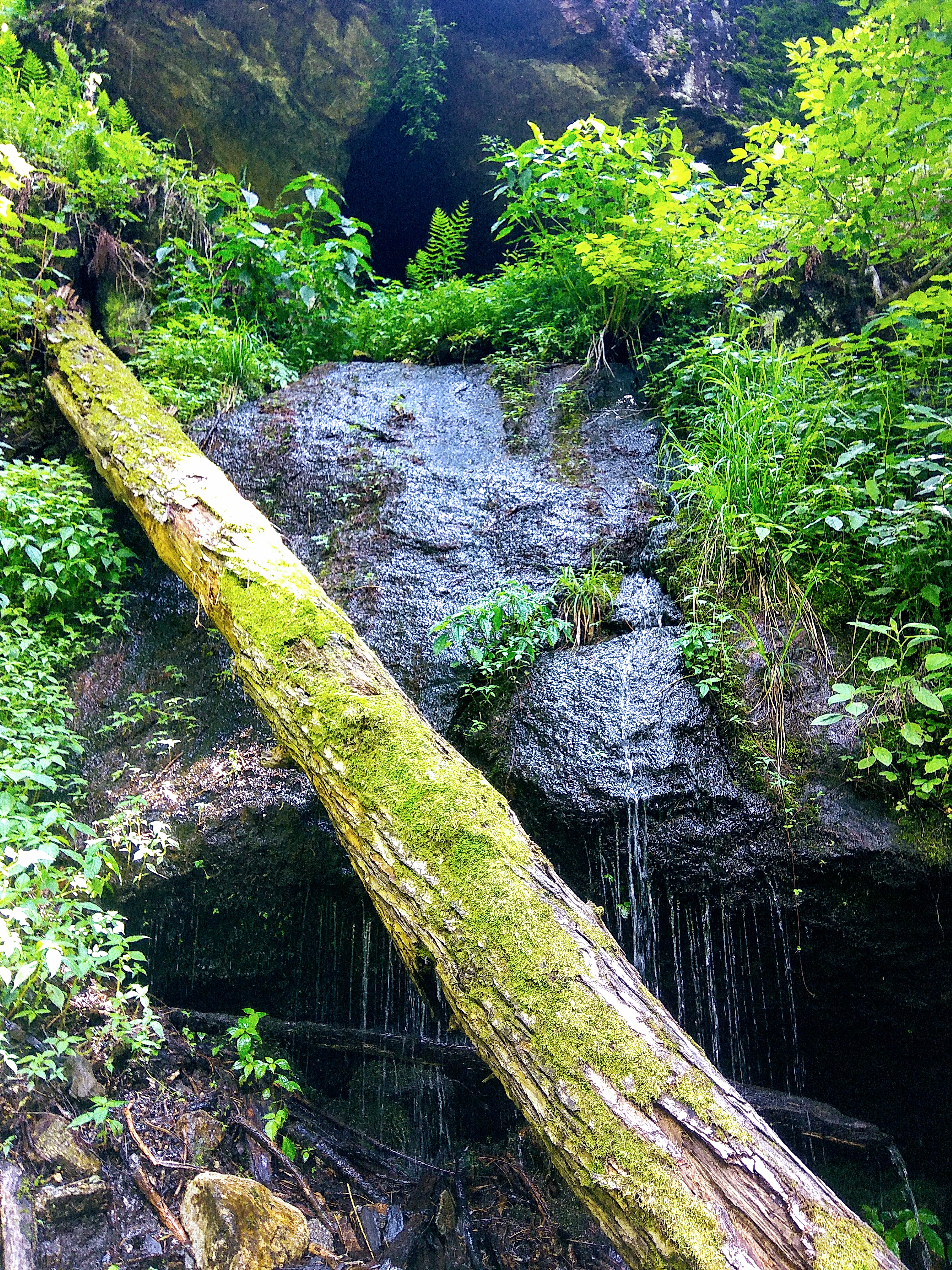 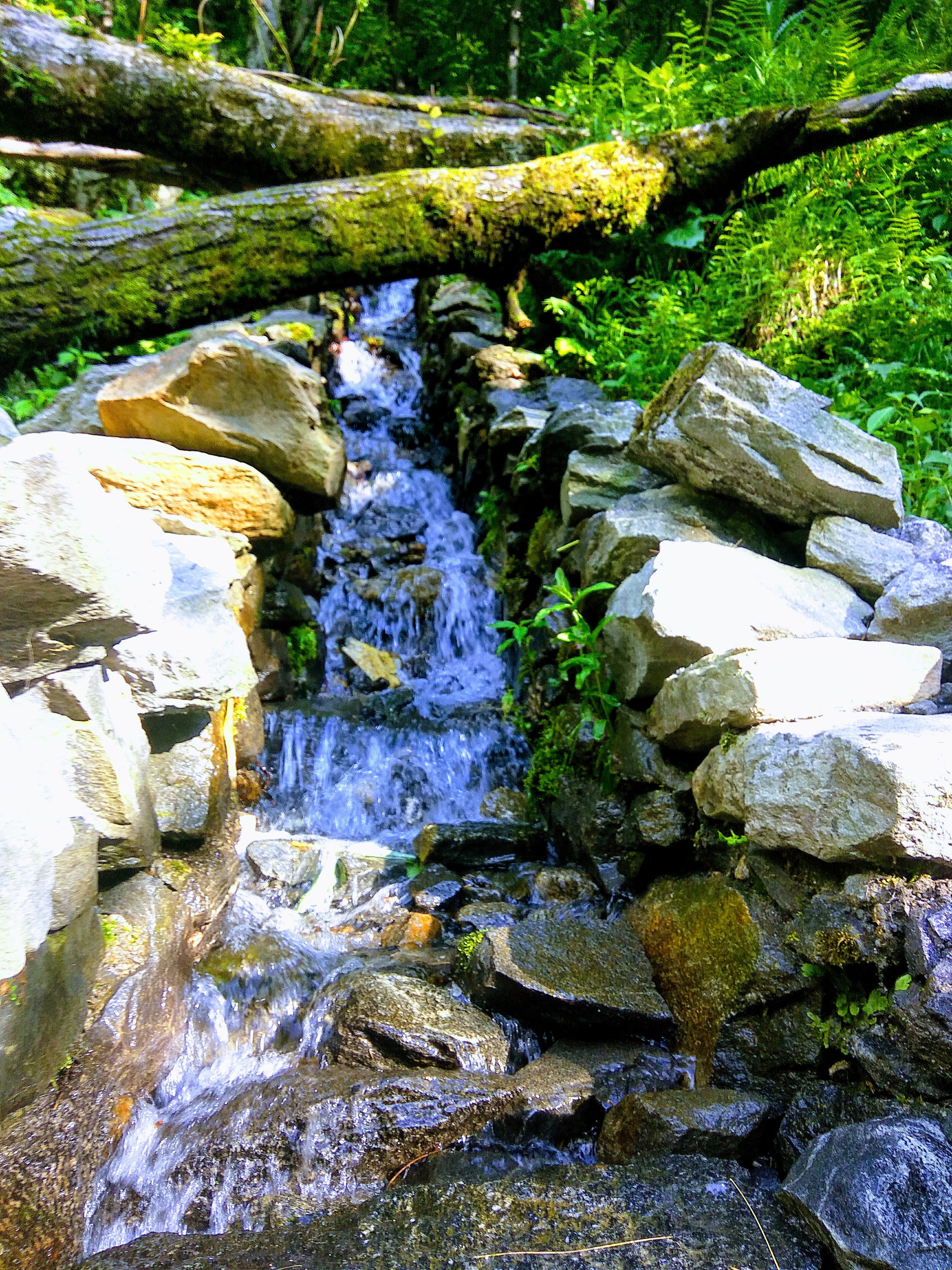 Why was I excited, It had nothing to do with hashtags, wanderlust and travelgram.

Now I got it, I remembered reading Wild by Cheryl Strayed, she says,

“It had nothing to do with gear or footwear or the backpacking fads or philosophies of any particular era or even with getting from point A to point B. It had to do with how it felt to be in the wild. With what it was like to walk for miles with no reason other than to witness the accumulation of trees and meadows, mountains and deserts, streams and rocks, rivers and grasses, sunrises and sunsets. The experience was powerful and fundamental. It seemed to me that it had always felt like this to be a human in the wild, and as long as the wild existed it would always feel this way.” 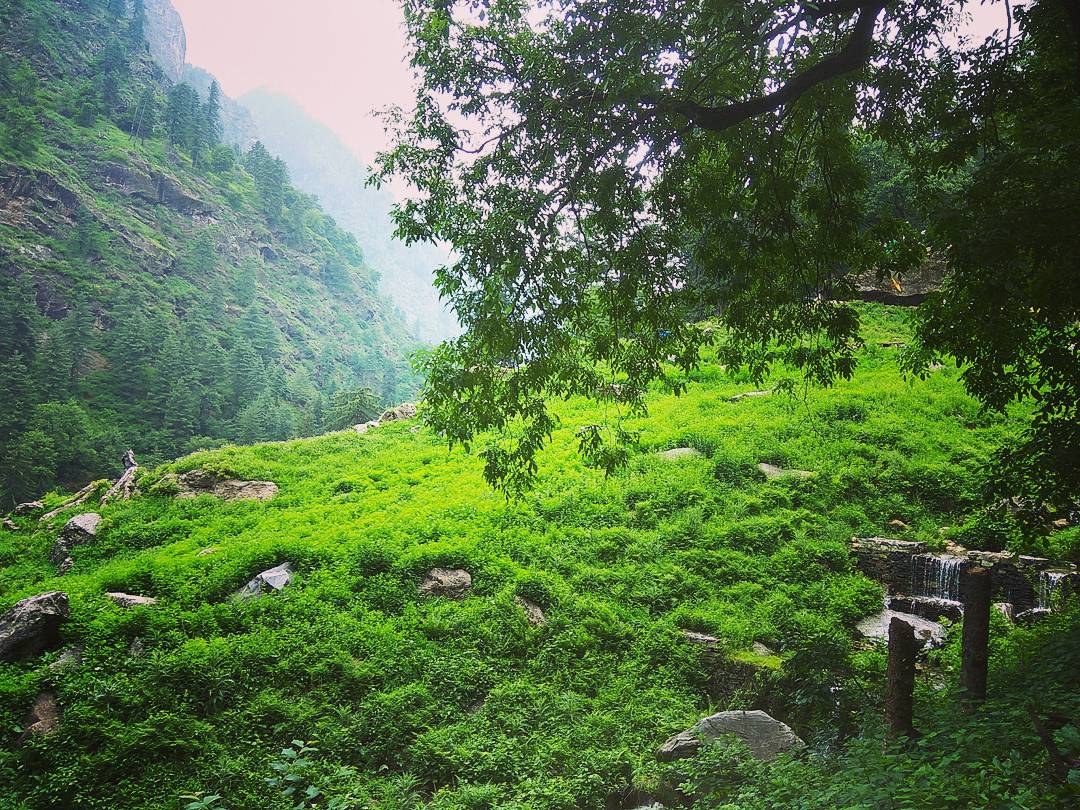 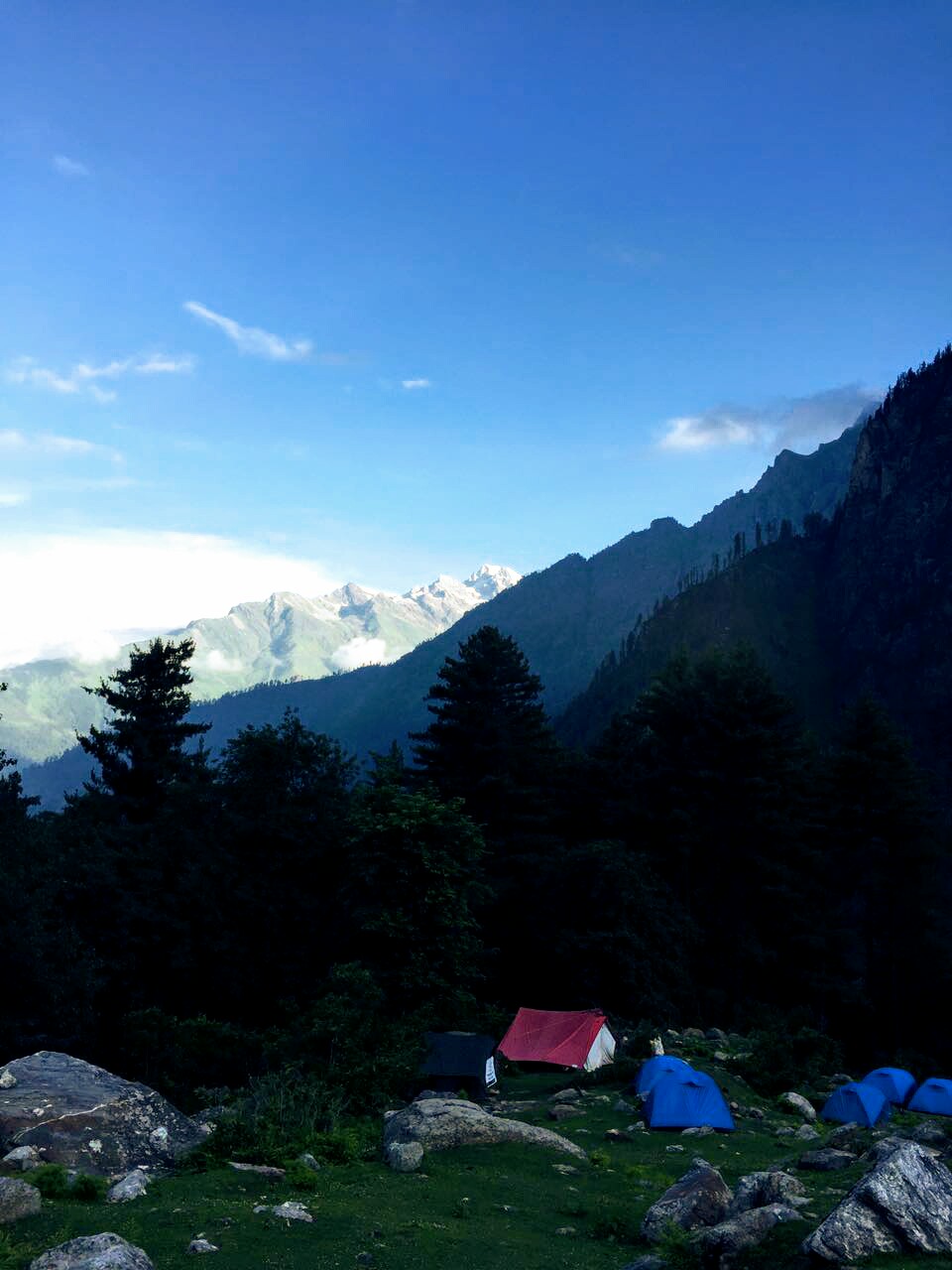 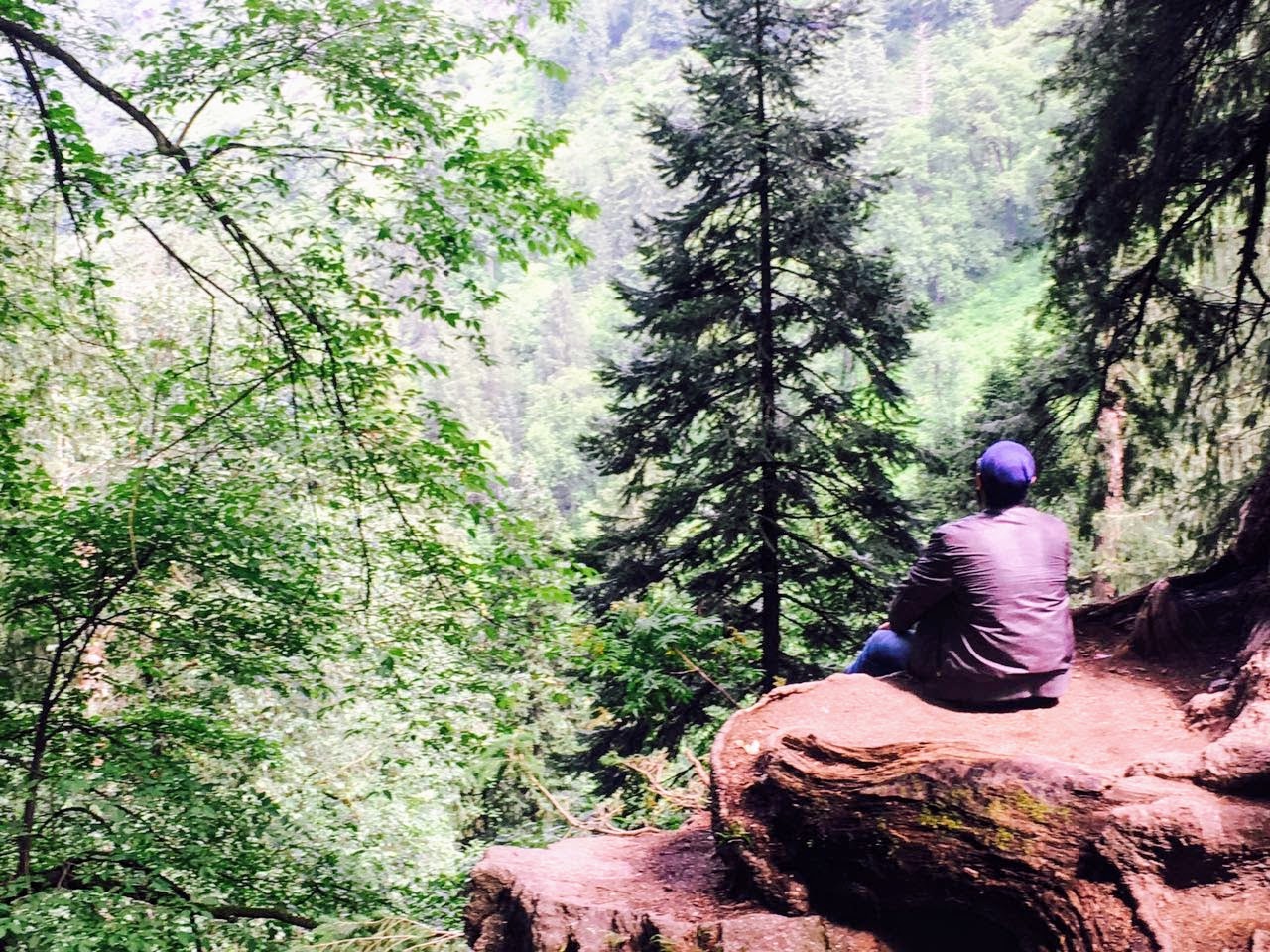 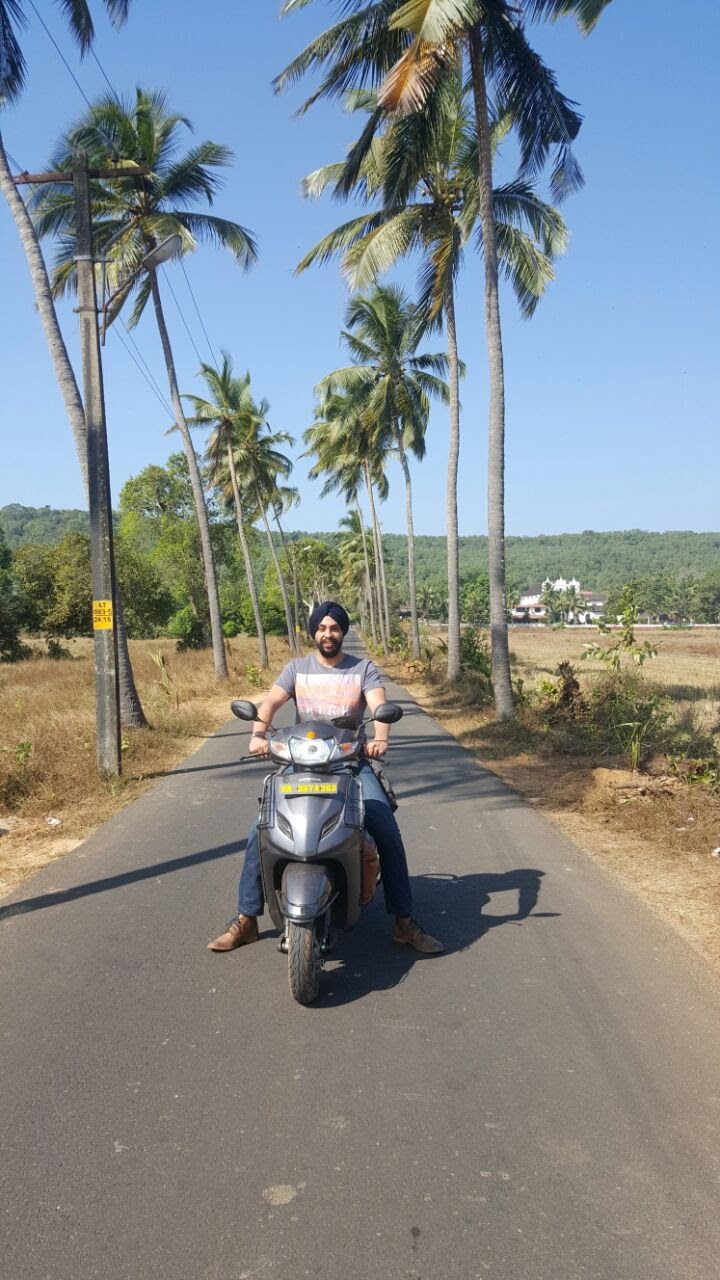