Seven Reasons to Cycle from Leh to Tso Moriri

Tso Moriri is a large high altitude lake in Ladakh, on the eastern extension of the Changthang plateau. 26 km long, it is the largest of the big Ladakh lakes entirely in India, surrounded by the gigantic 6600 m Lungser Kangri and Chamser Kangri to the east and the 6100 m Mentok Kangri to the west.

If you’ve already done the epic Manali Leh Cycling expedition, and you’re looking for something new, or even If you’re a novice at cycling long distance routes in the Himalayas, the Leh Tso Moriri ride is a wonderful option.

Cycling from Leh to Tso Moriri

If you’re still not convinced, here are the top seven reasons to check this once-in-a-lifetime ride off your cycling bucket list.

The Indus River is one of the four holy rivers originating from Lake Mansarovar high on the Tibetan plateau. It flows through Tibet, Ladakh, Kashmir and Pakistan before merging into the Arabian Sea. The mighty, raging river is also one of the largest and longest rivers in the entire world. For the first three days, you will cycle from Leh right next to the Indus river, with high cliffs towering over your head. 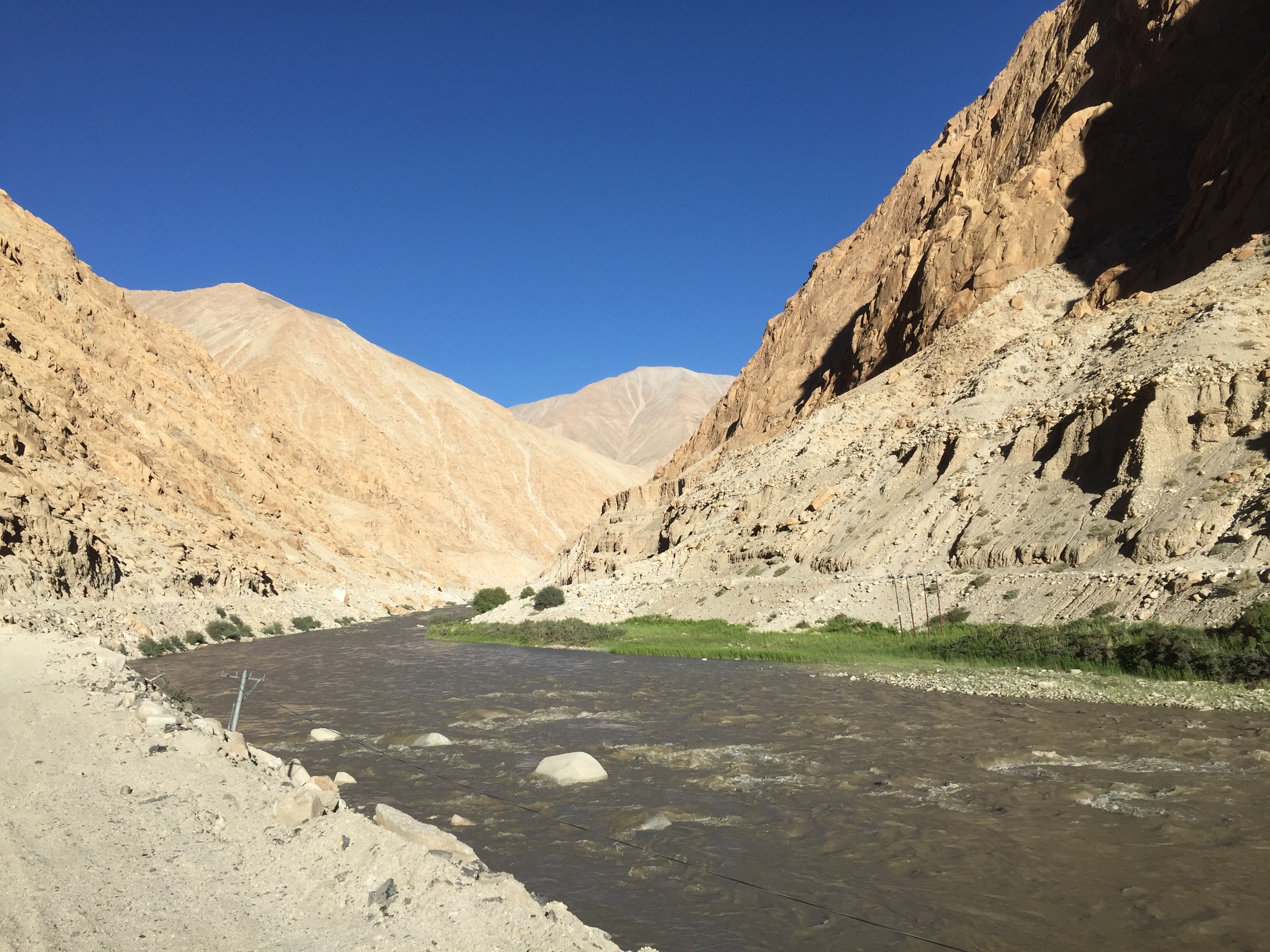 On the fourth day, just before you leave the Indus Valley to climb higher towards Tso Moriri, you will pass through the quaint rural settlement of Chumathang on the banks of the Indus river. Like almost all Ladakhi villages, it has its own gompa, but unlike most of them, it is also home to natural hot springs. These springs lie about 2 km from the main village and are a welcome relief for your sore, aching thighs.

After you leave the Indus River at Mahe, you will stop at the village of Sumdo - the last inhabited settlement on the route before Karzok at Tso Moriri. From Sumdo, the next day, you will start a steady climb towards the 16,000 ft Namshang La Pass. Although the climb itself is fairly easy, just as you cross the pass you will get an amazing view of the Changthang plateau, and coast down buttery smooth roads towards Karzok. Little known fact - Tso Moriri is not the only lake on this brilliant cycling route. Just as you start descending from Namshang La, you will see a perfectly circular, clear blue lake. This is Kiagar Tso. A welcome surprise after the gruelling climb to Namshang La, the lake is the perfect spot for a break before the final ride to Tso Moriri. 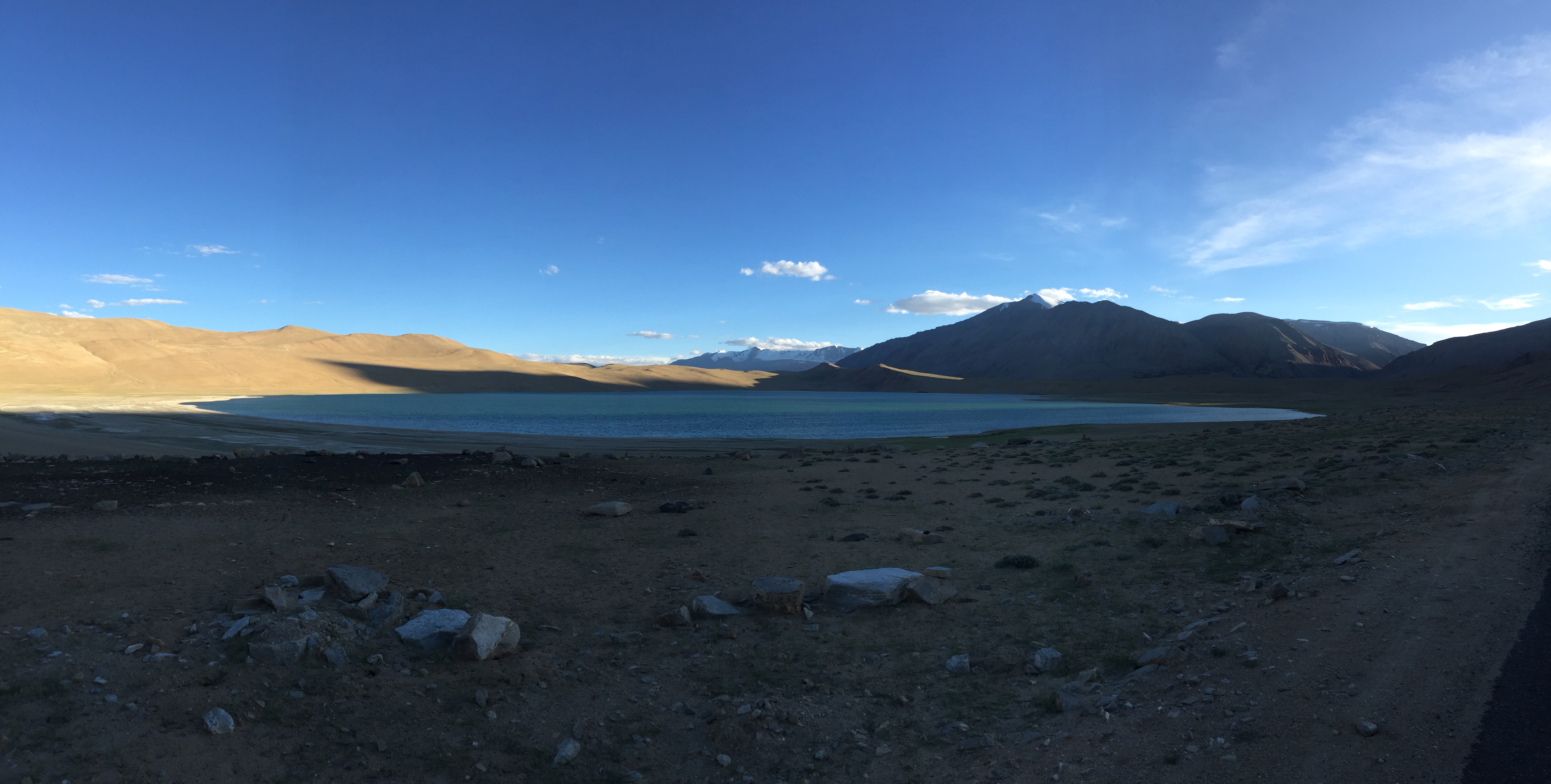 Once you leave the shores of Kiagar Tso, you will face a short climb and another descent to the shores of Tso Moriri. Since the lake is so unbelievably gigantic, you still have another 9 km on broken roads to get to the settlement at Karzok. If the lake isn’t enough of a reason to do this trip, you will be spellbound by the massive, majestic peaks surrounding the lake - the 6600 m Lungser Kangri and Chamser Kangri to the east, the huge 6100 m Mentok Kangri massif to the west, and even more 6000 m peaks rising in the distance towards the north and the south! 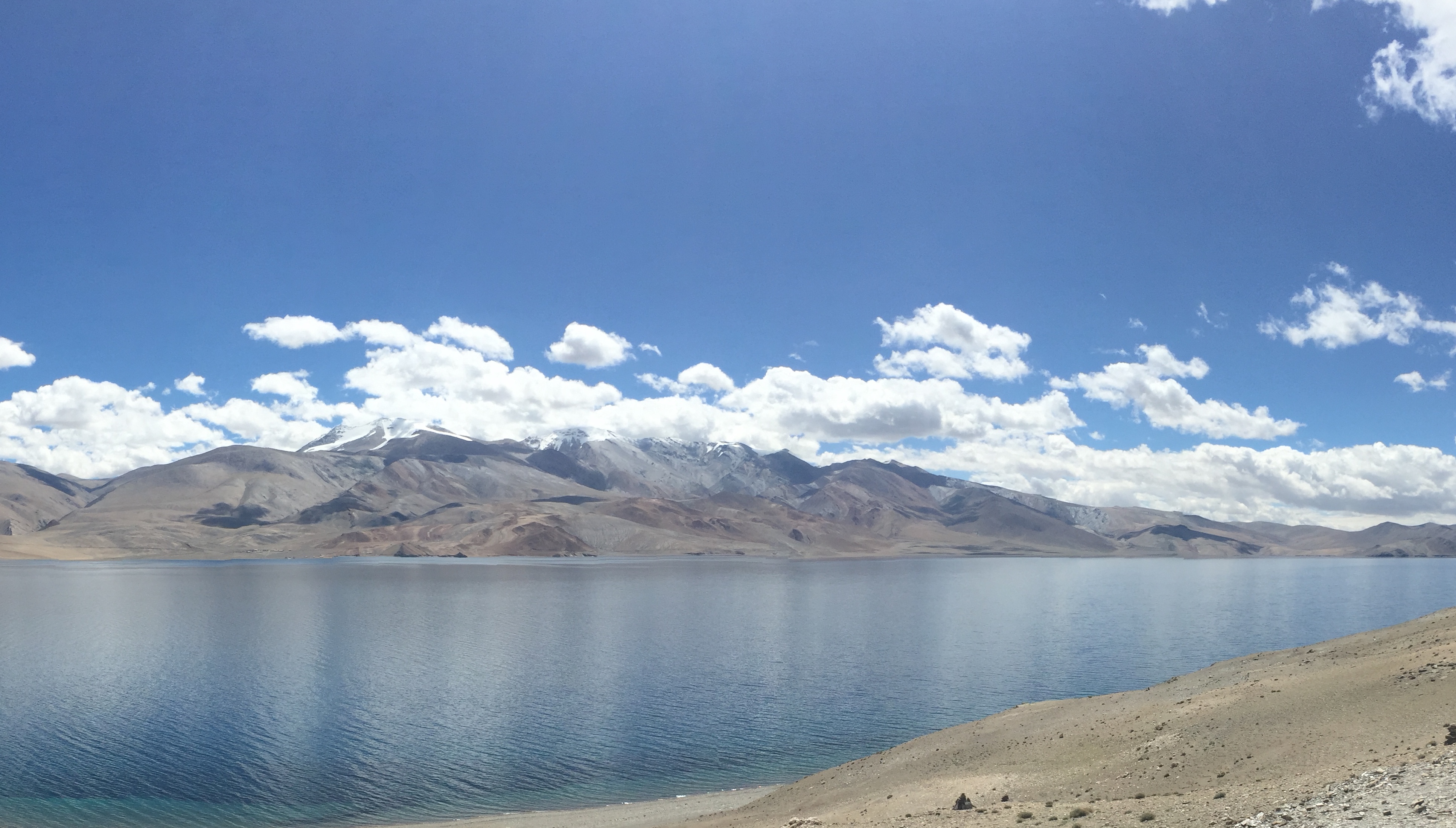 Of course, this article wouldn't be complete without mentioning the lake itself. Tso Moriri waits as the grand finale of your hard work this week. It is what's classified as a "remenant lake," meaning it was originally formed by folds or faults due to movements in earth’s crust and now is only what's left of an enormous lake that previously existed there.

Which, by the way, is pretty enormous- considering the lake at prestent is 23km long and 4km wide.

With waves that make you feel as if you were at some strange, high-altitude beach, Tso Moriri shines bright blue under the ever-clear Ladakh sky. Getting there is challenging, but it's honestly leaving this beautiful lake once you've arrived that is the true struggle of this adventure.

It seems kind of obvious, but Leh is undoubtedly one of the highlights of this cycling trip. This ancient, high-altitude city where you begin your cycling route is in itself worth the flight to Ladakh. The towering Thiksay Monastery waits to be explored in reverent silence as you wittness daily life for the monks, Leh Palace and Shanti Stupa guard the city with their mountainside perches, waiting for you to climb up and make a visit and the Leh Main Bazaar boasts endless shops to snack on Ladakhi food like momos and thukpa and collect Tibetan prayer bowls, among other trinkets.

And that's just downtown Leh itself, not to mention the gateway this city is to so many other adventures, like the pass-through on the way to visit Pangong Tso on the border of China, the golden Nubra Valley and the last village of Turtuk.

Whatever you decide to do, Leh is a welcome adventure before or after your cycle to Tso Moriri. Just make sure to save a few few extra days before your flight! 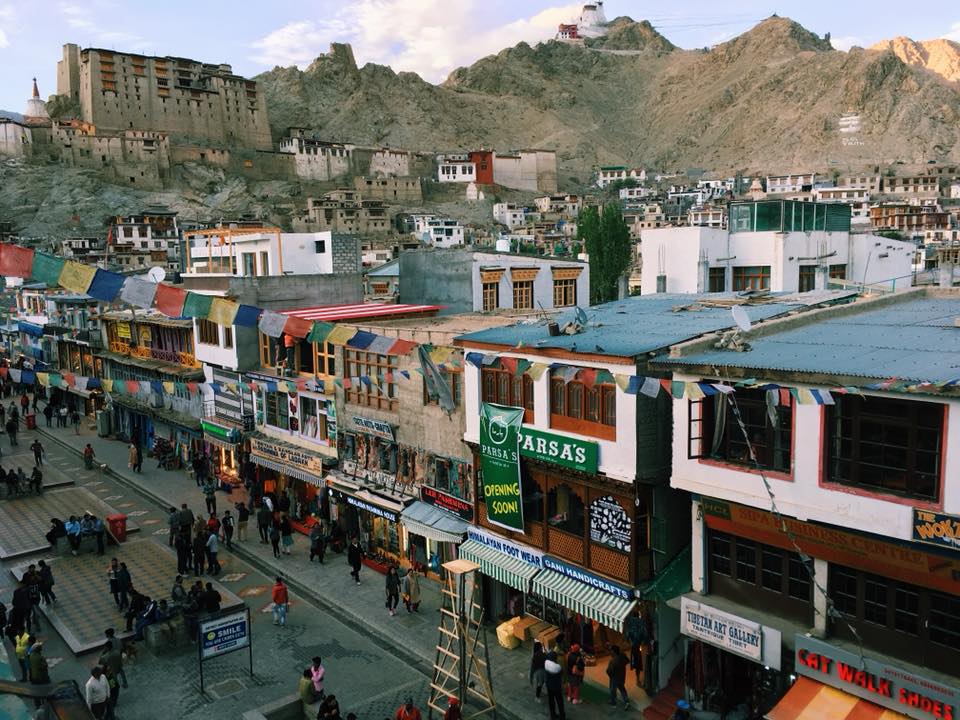