The Satopanth Lake trek starts from Mana, the closest village to the Indo - Tibetan border in Chamoli, a few kilometers ahead of the popular pilgrimage site of Badrinath. The area around Mana and the Satopanth Lake trail is one of the highest alpine playgrounds in the Indian Himalaya, home to dozens of 7000 m peaks and countless 6000ers. This means you start witnessing huge mountains almost as soon as you set foot on the trail.

Himalayan forests and meadows are undeniably some of the most joyful places to travel and camp in, but it’s the high peaks towering over the valleys that instil an awareness of the scale of things in the big mountains and make you feel small in the vast, wild universe.

However, the real reason it’s important to know which peaks are which and where they’re visible from is so that when you descend into the fiery depths of hell once you’re back in the city summer, you can imagine those hulking giants to be gigantic ice cream scoops, and get motivated to plan your next escape from the sweltering, murderous heat.

A few kilometres into the first day’s walk from Mana to Laxmiban you will see the confluence of the Alaknanda and and it’s tributary dominated by the east flank of Balakun - a steep terraced rock wall rising more than 2000 m from the valley floor to over 6000 m, although the actual summit remains hidden. 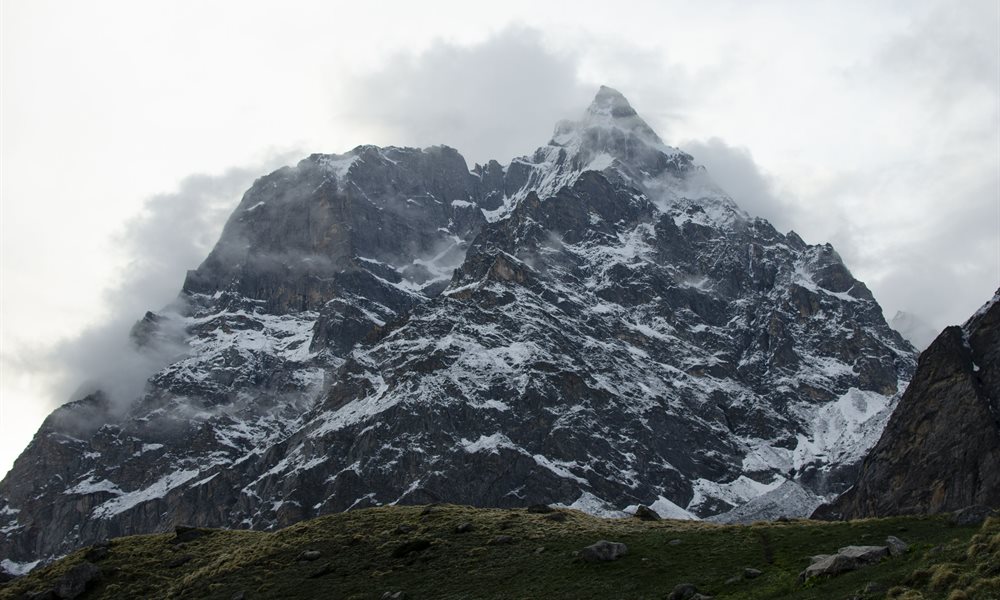 On the second day, soon after leaving Laxmiban, the bulk of Chaukhamba and the actual summit ridge of Balakun start creeping into view. As you walk further up the valley, towards the left are a series of looming cliffs that guard the lower slopes of Nilkantha. Once you cross these cliffs at Sahastra Dhar, you will see the icy summit pyramid of Nilkanth.

Chaukhamba at the head, and Balakun towards the left (true right), photo by Ayush Goyal 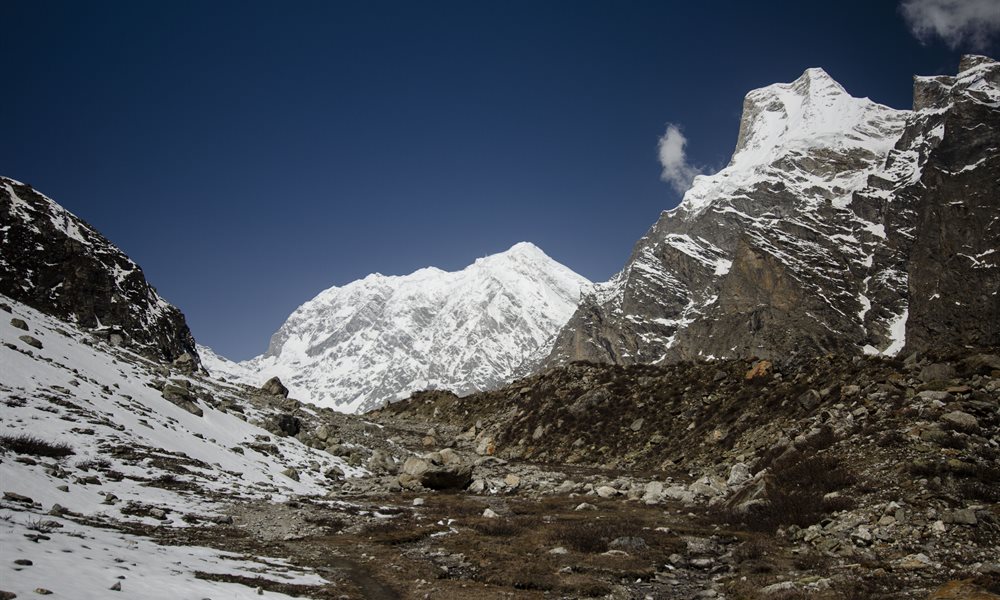 The icy summit pyramid of Nilkantha, photo by Ayush Goyal 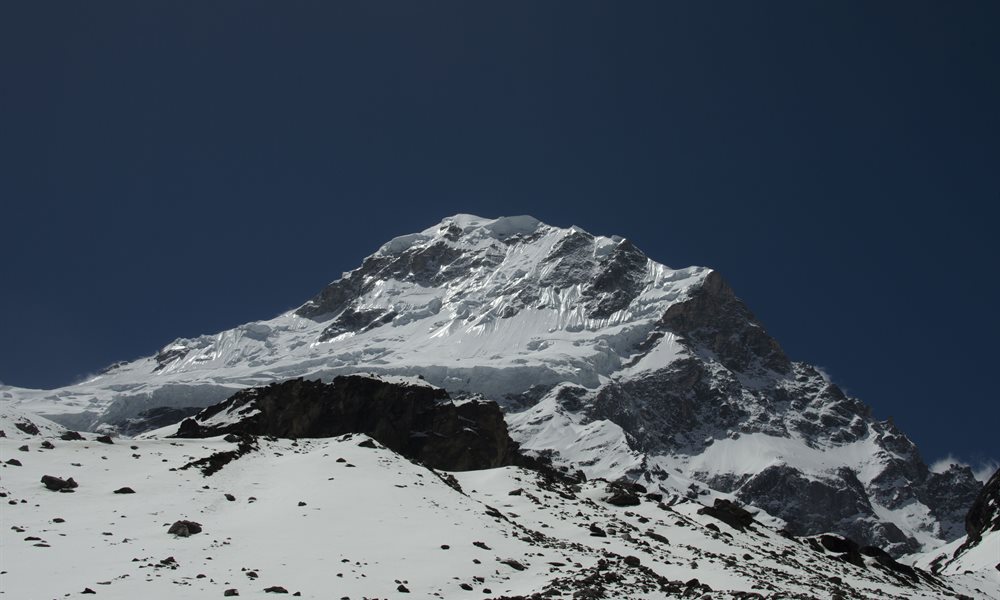 The final section of the trail from Chakrateerth to Satopanth Lake will have you craning your neck constantly as Chaukhamba becomes larger than life and the southwest face of Balakun comes into view, a maze of steep broken ice surrounded by rock walls.

Chaukhamba dominating the head of the valley, photo by Ayush Goyal 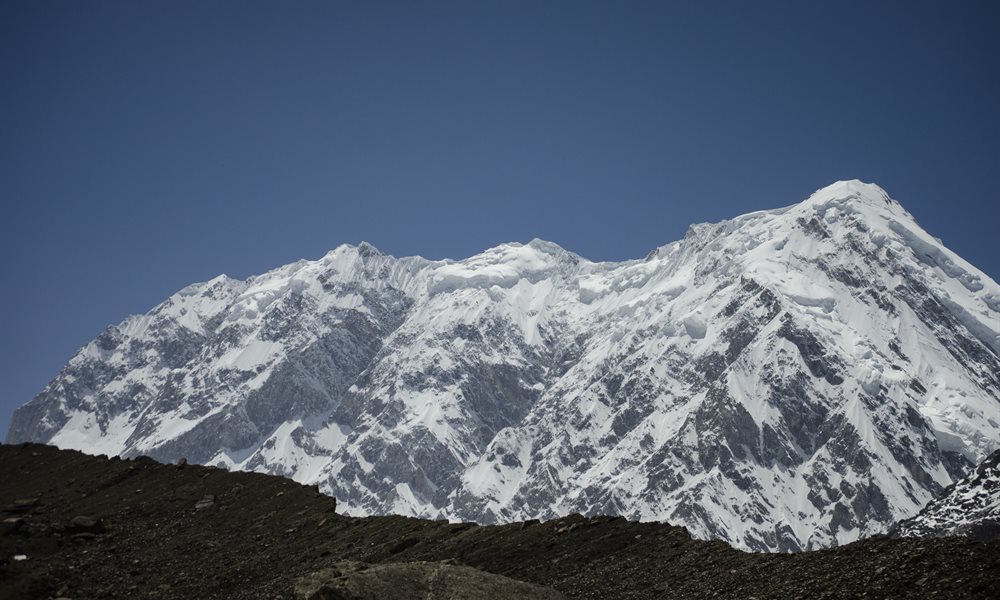 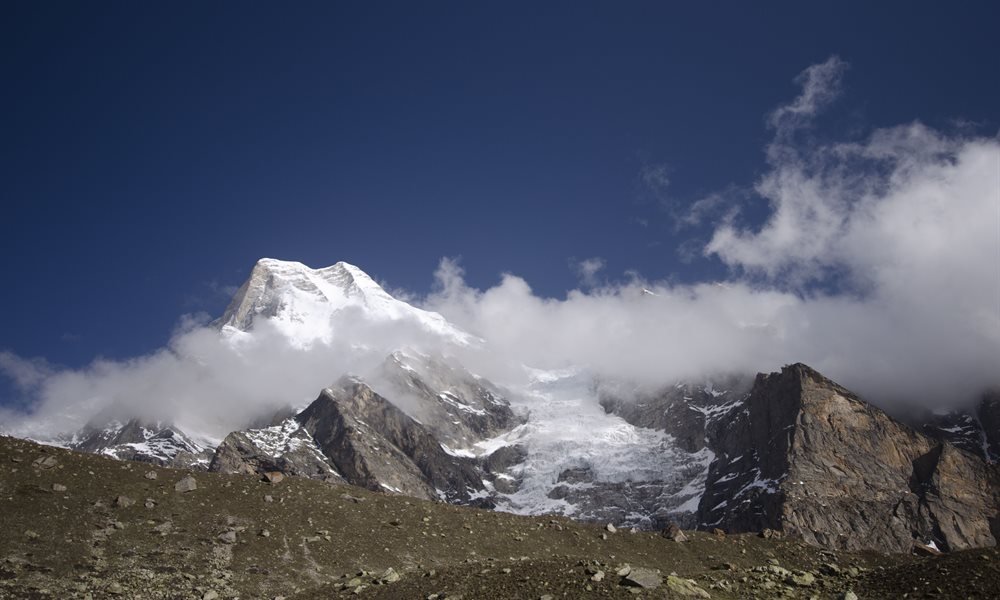 Near Alkapuri - the snout of the Alaknanda, you will get a glimpse Swacchand towards the north, at the head of the main Alaknanda valley

Shortly before reaching the lake, if you look back towards the valley from high on the moraine ridges, you will see the peaks lying west of Mana far in the distance - Kamet (one of the highest peaks entirely in India), Mana, Deoban, and Mandir Parbat. Kamet, Mana, Deoban and Mandir Parbat in the distance; photo by Ayush Goyal 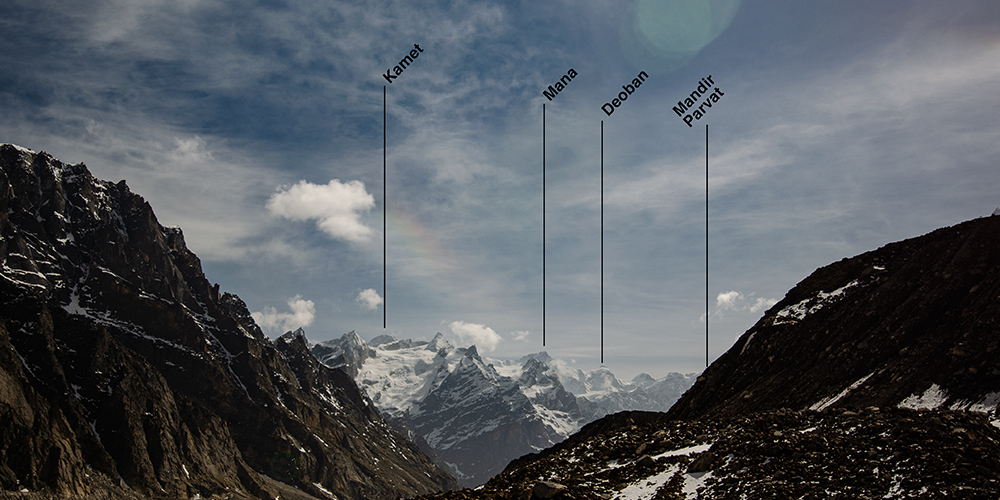 With four 6000ers and almost as many 7000ers, the Satopanth Lake trail offers amazing views of some of the highest peaks in Uttarakhand with just a 23 km hike from the trailhead at Mana. So if it’s the big mountains you want to see without spending weeks in the wilderness, this is the trail to go for.

As a general rule, post monsoon skies are the clearest and make for the best peak watching and photography opportunities.