We come to the mountains for the view and the sweat-earned bliss, but we weren’t the first here and we won’t be the last. Whose feet walked these trails of Rupin Pass before ours, and what stories do they have to tell?

Long before any of us were born, shepherds were braving the pass to travel between the two sides of the Rupin range with their goats, sheep, and cattle. While their lifestyle is simple and unassuming, shepherds with a herd of 500 sheep are easily considered the equivalent to millionaires. After all, the wool provided from the herds is a vital resource during the winter when temperatures easily drop below zero degrees in the middle of the day.

Of course, such a well-worn route is bound to carry a few interesting stories passed down for generations. 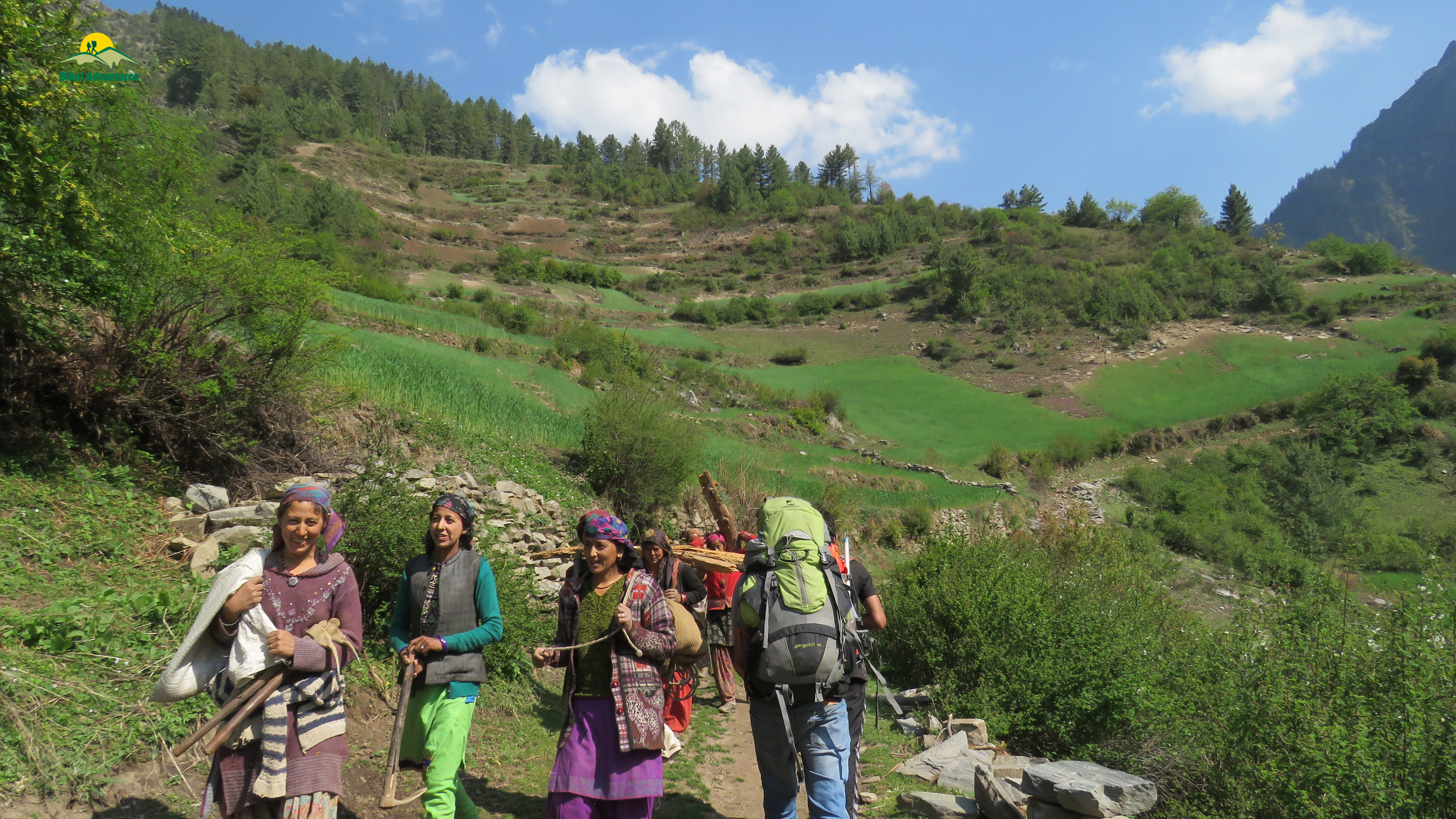 On the final day of our trek, I got the chance to ask our wonderful local guides, Jairam (who has been guiding trekkers for 14 years) and Deepak (who has for 10 yrs) to let me in on the secrets about this place. And so, sitting under the shadows of the Rupin Pass that we had conquered a day before, they told me.

Whether they're true or not is for you to judge. Frankly, I could not decide..

Got some aches and pains? Villager stories claim that the mountain holds some secret powers to heal your ailments.

This story is old - Deepak and Jairam remember their grandparents telling them this story.

Once upon a time, a shepherd had taken his flock up the slopes of the Rupin range for grazing and noticed that one of his sheep had broken its leg. 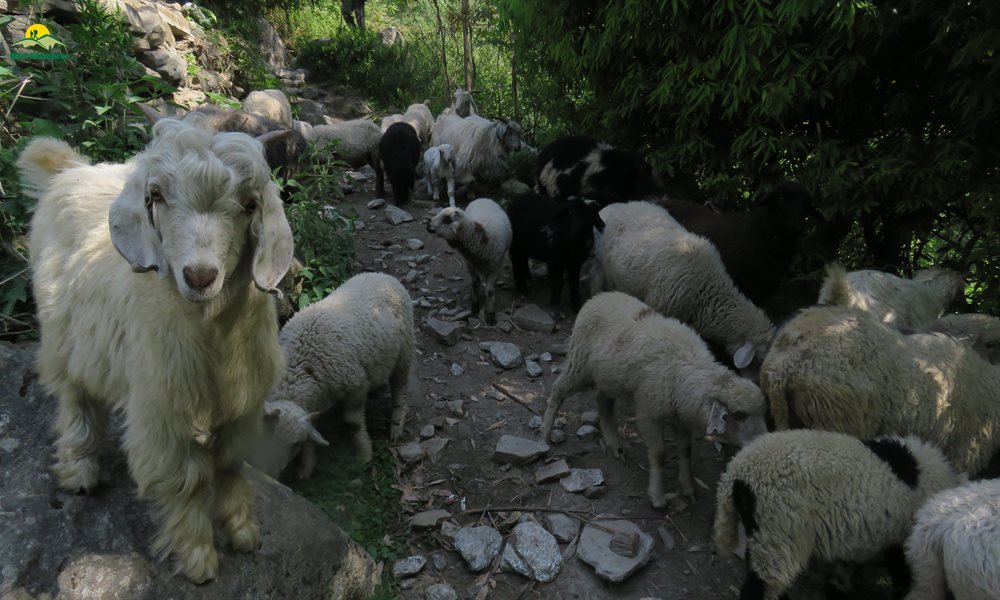 He carried the poor animal back down the mountain and home to the village to care for it, but something strange had happened. By the time he reached his home, the sheep still in his arms from the long journey, the leg had completely healed.

The snapped bone had been mended, good as new.

Slightly amazed, the shepherd confusedly returned to the mountain slopes with his herd and, with a shock, realized that the gaping cut he had slashed into his finger while back in the village had vanished. His thumb was pink and healthy and scar-less.

Intrigued, he set off to find what the journey between his home and the mountain held that had such healing powers and discovered a lush patch of grass that, when brushed against, would heal any wound that touched it. 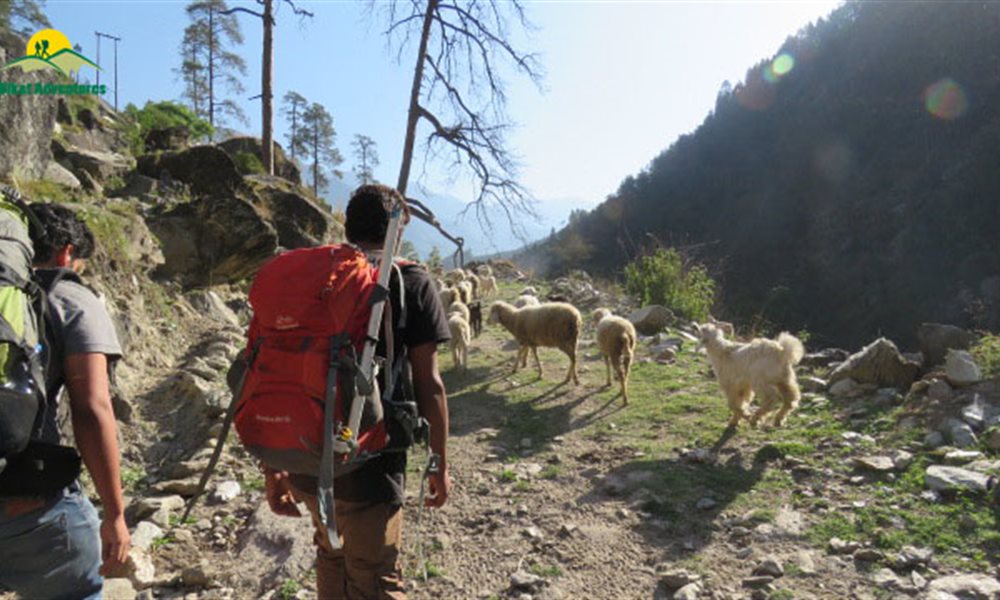 An idea wedged its way into his head, as bad ideas sometimes do. He quickly picked all of the grass and raced back to his village, calling all of the shepherds to a meeting. When they had gathered, he told them about the grass’s powers and proposed a deal to them.

“I will cut my neck open,” he said, “and rub the grass on my wound to save myself. If it works and I live, I get every single one of your sheep. If not, then you will get mine.”

Of course, the shepherds excitedly agreed to this proposition, expecting to have a few hundred new sheep under their ownership within the next few minutes.

So the deal was made, and the shepherd slashed his throat, bleeding to death almost immediately.

Deepak tells me, “how could you possibly do anything but lay there and die after doing a thing like that? He couldn’t even move to grab the grass.”

Which begs the question- had he had time to reach the grass, would it have made a difference?

STORY 2:  Revenge of the Mountain Spirit

Jairam and Deepak, along with many people who make their home up in the mountains, believe that power can be created and released when someone sacrifices an animal or worships a stone. 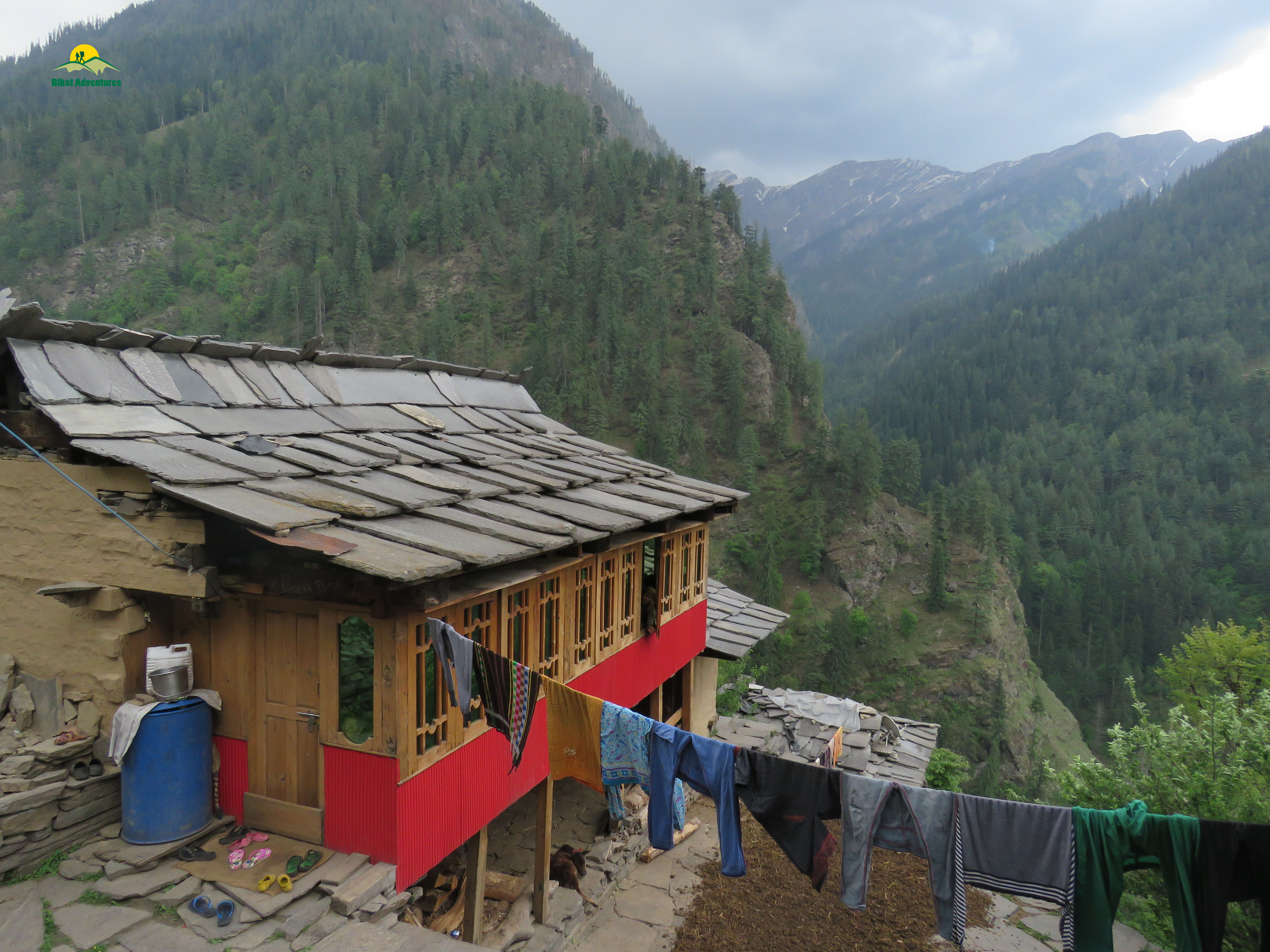 "We left the village of Jhaka in September for Rupin Pass, but the journey was much more difficult than usual," Deepak tells me.

"We reached over the Pass to our next camp," Jairam adds, in his soft-spoken way that somehow commands every ear to listen. "And we danced to celebrate making it there and the beautiful weather. We made a lot of noise."

When they awoke the next morning, however, the blue skies had vanished, replaced by an angry, grey sky that erupted into a vicious blizzard. The camp was destroyed.

"We ran down to Sangla," they both say, "but it wasn't any better. Cloudbursts and an avalanche. We ran all the way back up Rupin Pass and escaped all the way home to safety in Jhaka."

“We made too much noise,” says Deepak, “the power was angry with us.”

Moral of the story? Respect the powers of the mountain- physical or mystical, that’s up to you.

This last one is from me to all of the people living in those mountains.

Deepak and Jairam mentioned the story of how a group of trekkers, who found themselves in peril on these trails a few years back, were saved by a shepherd. The shepherd sacrificed his own life to preserve theirs. I felt really sad about the story. In that moment of mild sorrow, Jairam turned to me with soft eyes and said, “Every villager and shepherd who lives in these mountains (The Himalayas) is pure. If you need help, we will be there. And if you are in trouble, we will die to save you.”

What do you say to that unwavering level of kindness and sincerity? I am speechless!

They shared their bread with us, their favorite recipes, their crops. They carried our things when our own back couldn’t handle the combined strain of the mountain slope and the weight of the pack any longer. They wanted to know if we were warm and made extra chai if our answer was “no.” Jairam held my hand tightly, guiding me up the steep and borderline-dangerous ascent on the day we reached Rupin Pass itself, making sure that I would never fall.

And they do it all with a smile.

I don’t feel like my thank-you’s are enough, and while I give them anyways, Jairam says that they don’t need them.

“I’ve wanted to do this all my life since I was young,” he says, “this is what makes me happy.” 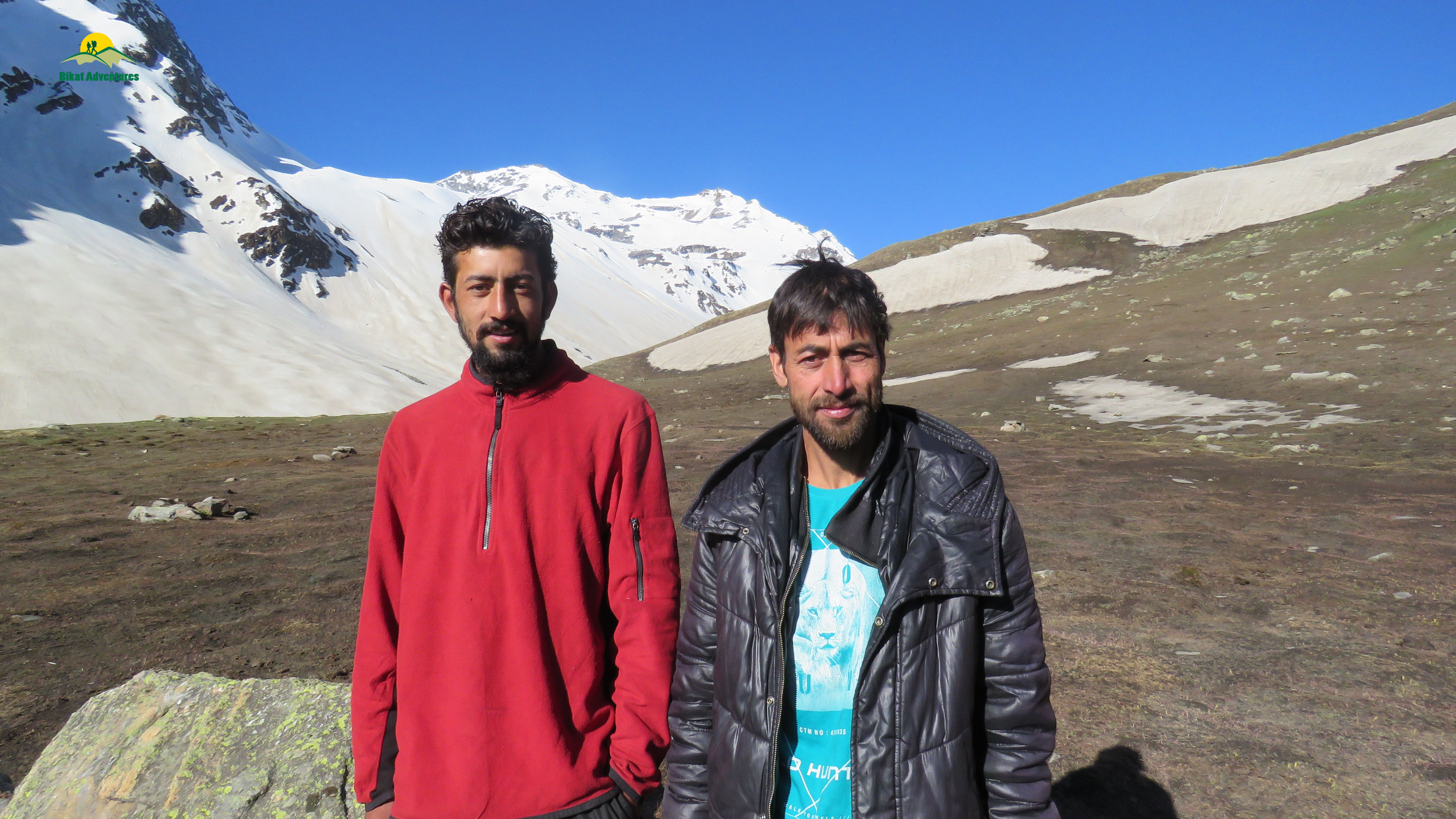