Superstitions and Folklore of Goechala

In Tibetan language, Kanchenjunga translates to ‘five treasures of the great snow’ that refers to the five peaks of this range. Three peaks of this range lay at the border of India and Nepal and two lay entirely in Nepal. From India, Kanchenjunga is accessible through the North Eastern state, Sikkim, and the trek to Goechala takes you to the base of this humongous mountain. Goechala is all about the viewpoint from where you get to see the northeast face of this mighty mountain. With the altitude of 85b6 M Kanchenjunga is the highest peak in India. It is regarded as one of the holiest peaks and held highest in importance to Buddhists and the people of Lepcha tribe. That being said, Kanchenjunga has a lot of mythical stories woven around it. 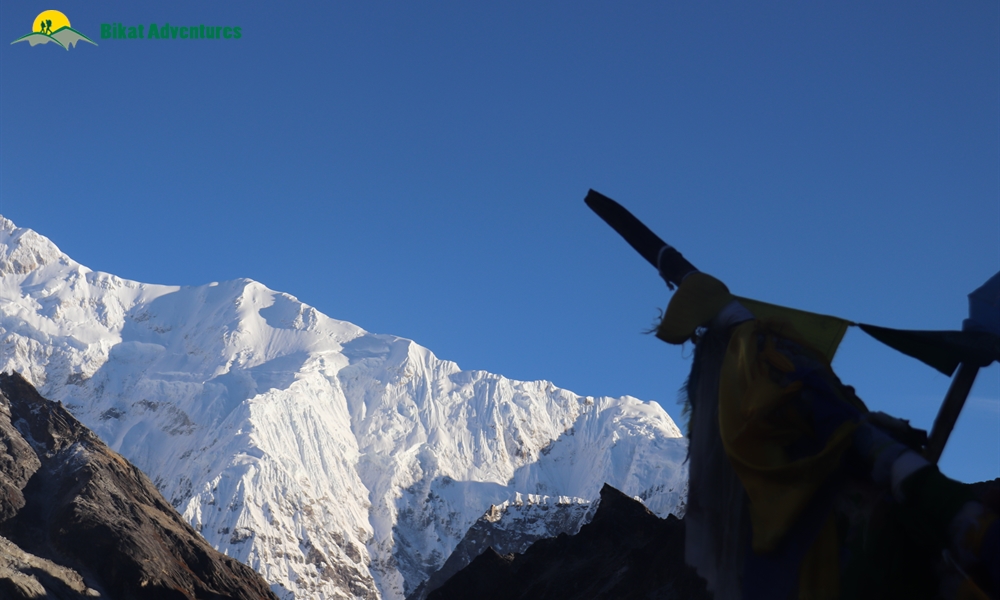 It is believed that no one has ever stood on the summit of Kanchenjunga. Joe Brown and George Band were the first ones to climb the peak on 25th May 1955. But in accordance with the promise made with then Chogyal ruler, the two stopped few feet below the summit. The Chogyal ruler allowed the duo to embark on their expedition to climb Kanchenjunga only on the promise that they will not climb the peak and will stop few feet before as the mountain is considered to be the abode of divine forces.

Since then, every climber has respected the set rules and till date, no one has ever stepped on the summit. Kanchenjunga peak has always been very much controversial due to the religious beliefs, leading to a complete ban on climbing this peak from Sikkim’s side. There are a lot of tales that revolve around the peak.

The Lepcha tribe that dwells at the foothills of Kanchenjunga in Sikkim claims to be the ‘people of snow,’ and believe to be created out of snow at Kanchenjunga. They consider it to be a really sacred peak. They also believe that the first two humans were born on this peak, and thus it holds a key position in the origin of mankind as well. According to them, their ancestors lived in a valley called Mayel which is supposed to be somewhere behind the huge Kanchenjunga mountain. They also believe that the valley is a gateway to immortality, and no human being is allowed to set foot in this valley. According to the legends, the valley is protected by the demons, and the path to it is blocked by a huge rock that no one can move. 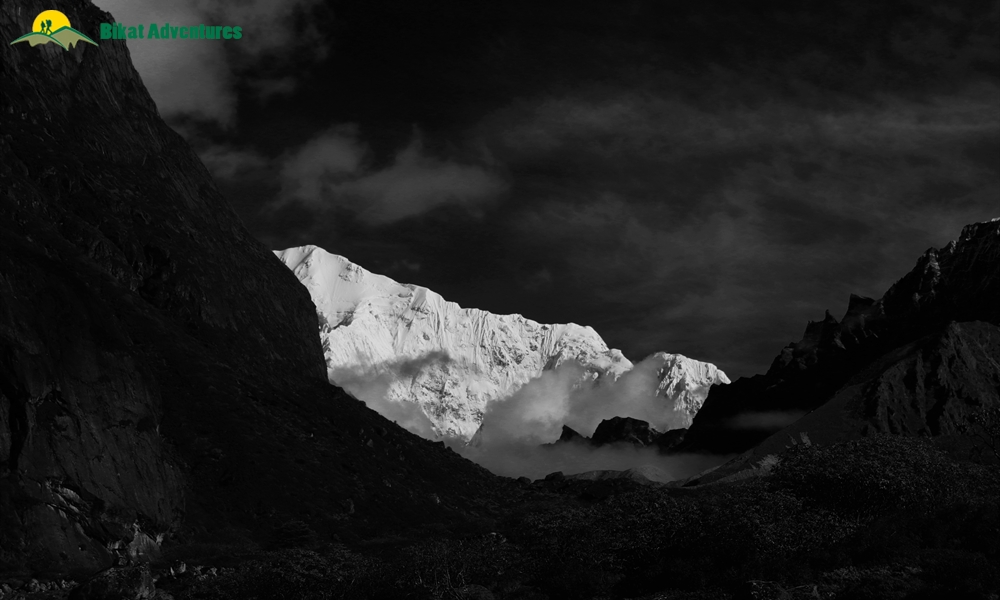 The sighting of Yeti, or the demon, is also mentioned in many of the tales that revolve around this mountain. According to the legends, yeti, a form of the devil that is capable of taking different shapes from as small as a bird to a huge monster, dwells at this mountain. Lots of climbers have described their experience of coming across supernatural activities at Kanchenjunga, which scientific study claims to be a story made by the mind due to the high altitude effect.

Stories or reality, few of such sightings have been reported on the trail of Goechala as well. According to one of the story, a porter once saw a shadow lingering near the trail and got really frightened and turned back immediately. There is even a hut at Bhakim which is claimed to be haunted after a trekker died in that hut a few years before. The locals say that staying in that hut is not at all advisable and if one persists to stay, it is at their own risk. The government claims that it is because the hut got damaged during the earthquake and the broken walls can fall anytime, hence they have declared the hut unfit for staying options.

The wild dense forest, the pin drop silence of the mountains and the ravishing streams which often get engulfed in thick blankets of fog might give a spooky feeling for a minute or two, but the thousand twinkling stars, the backdrop of a gigantic mountain range and the beautiful terrain filled me up with the sense of belongingness. I didn’t experience anything suspicious on this trek, but these folktales definitely triggered a series of thoughts in my mind about the creation of the world, the existence of mankind, the scientific explanations and the legendary stories behind them. Head on to Goechala for its unique experiences and to listen to many more such folklores from the locals.