After a long span in the office, I was so exhausted that I wanted a much-needed break. So, I packed my bags and left on a wild road trip. I wanted to explore Rayalaseema, the southern part of Andhra Pradesh while enjoying the historical places of Anantapur and Kurnool. But then I came to know about another place. It’s a combination of two of my favorite things – one is spirituality and the other is an adventure!

The place is prominent among Hindus as well as travel enthusiasts. It’s Ahobilam, located in the Kurnool district of Andhra Pradesh! Ahobilam is well connected by roads from Vijayawada, Hyderabad, Bangalore, and Chennai. From Bangalore, it is 336Km by road. I started off from Proddatur, Kadapa and reached Ahobilam via Allagadda.

The bus would drop us in Upper Ahobilam itself and the road from Lower Ahobilam to Upper Ahobilam is carved in the middle of these hills with hills on one side and valley on the other side. The journey through these lush green hills and curved roads would be every bikers’ dream! 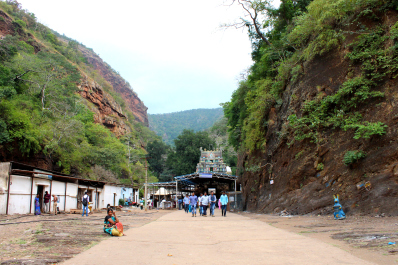 Soon we were at the foot of the hill which we had to ascend. Shri Jwala Narasimha Swamy temple was the final destination. Initially, there are around 50 concrete steps and after climbing them we were in front of the Ahobilam Narasimha Swami temple. It is from here, the Ahobilam trek starts! The pathway onto the left side of this temple leads us to the Jwala Narasimha Swamy temple which is located somewhere on top of the hill. The path is rugged and cuts across various streams that are formed by the River Bhavanasini. When the river is in full flow the water gushes down from these hills forming various picturesque waterfalls. 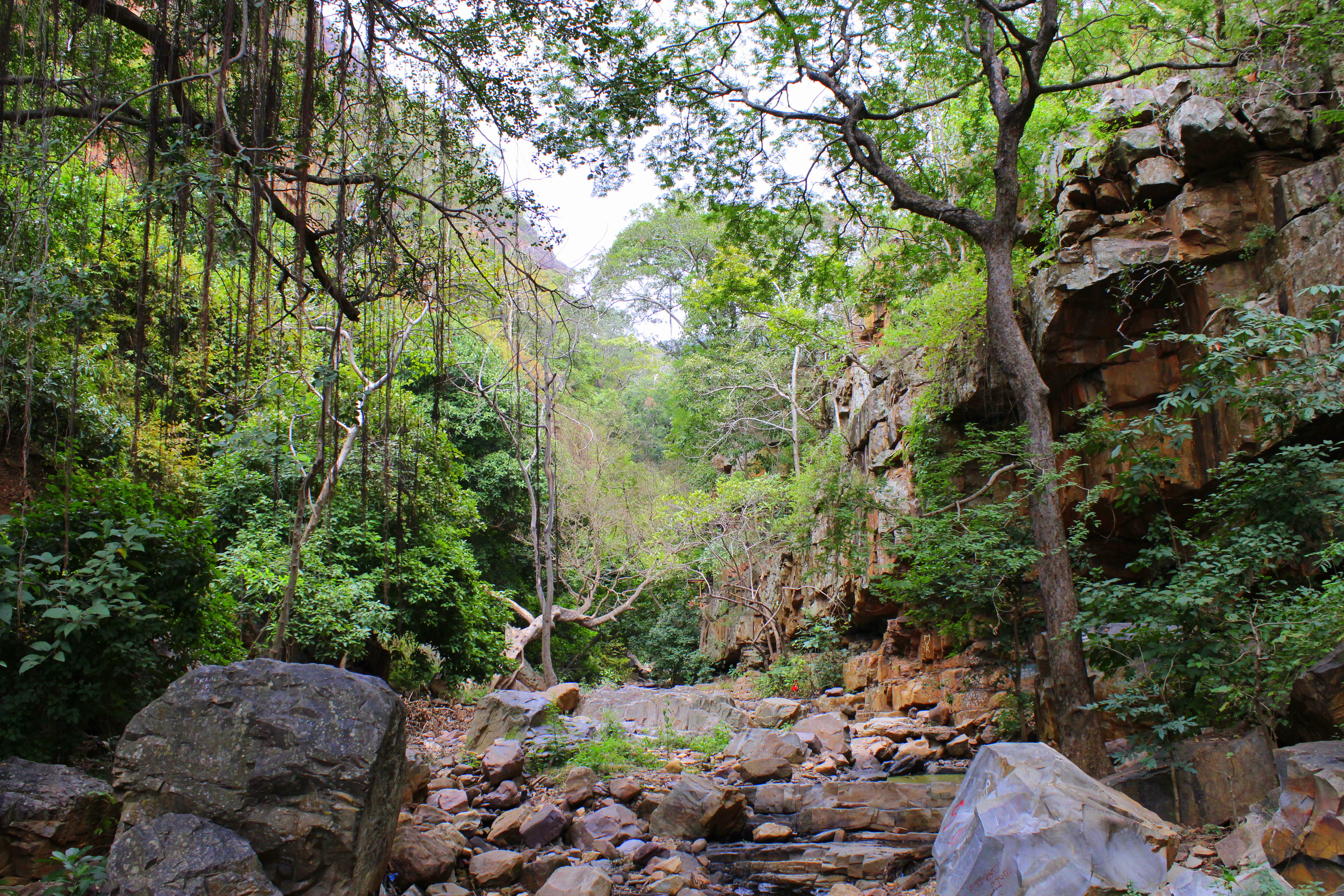 Near the Jwala Narasimha Swami temple which is located at the end of the cliff, I saw few people climbing up a steep hill that leads to Ugrastambha. According to legends Lord Narasimha had appeared from this pillar to protect Prahalada from the demon king Hiranyakasipu. This is the main attraction of Ahobilam and a must-try for all the adventure lovers. The trek to this Ugrastamba is through a narrow path that is full of small rocks and very slippery which makes the climb tough. The descend is also equally tough! 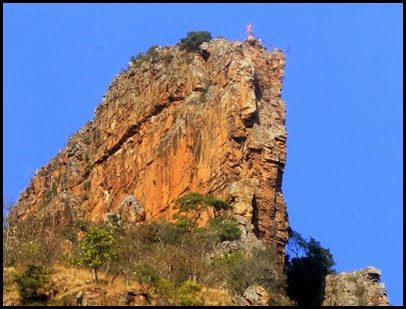 Further trek from the main trail leads us to a narrow path carved along the mountain with a waterfall gushing down from the top of it. Shri Jwala Narasimha Swami temple is located at the end of this path. This is a cave temple and a small pool of water called 'Raktha kundam" is located onto the left side of the temple. The legend is that Lord Narasimha had washed off the blood from his hands with the water in this pool after killing Hiranyakasipu. After the darshan, I started back and this time I took the other route which is along the valley side. This trail is a narrow one along the mountains and the other side is the valley! 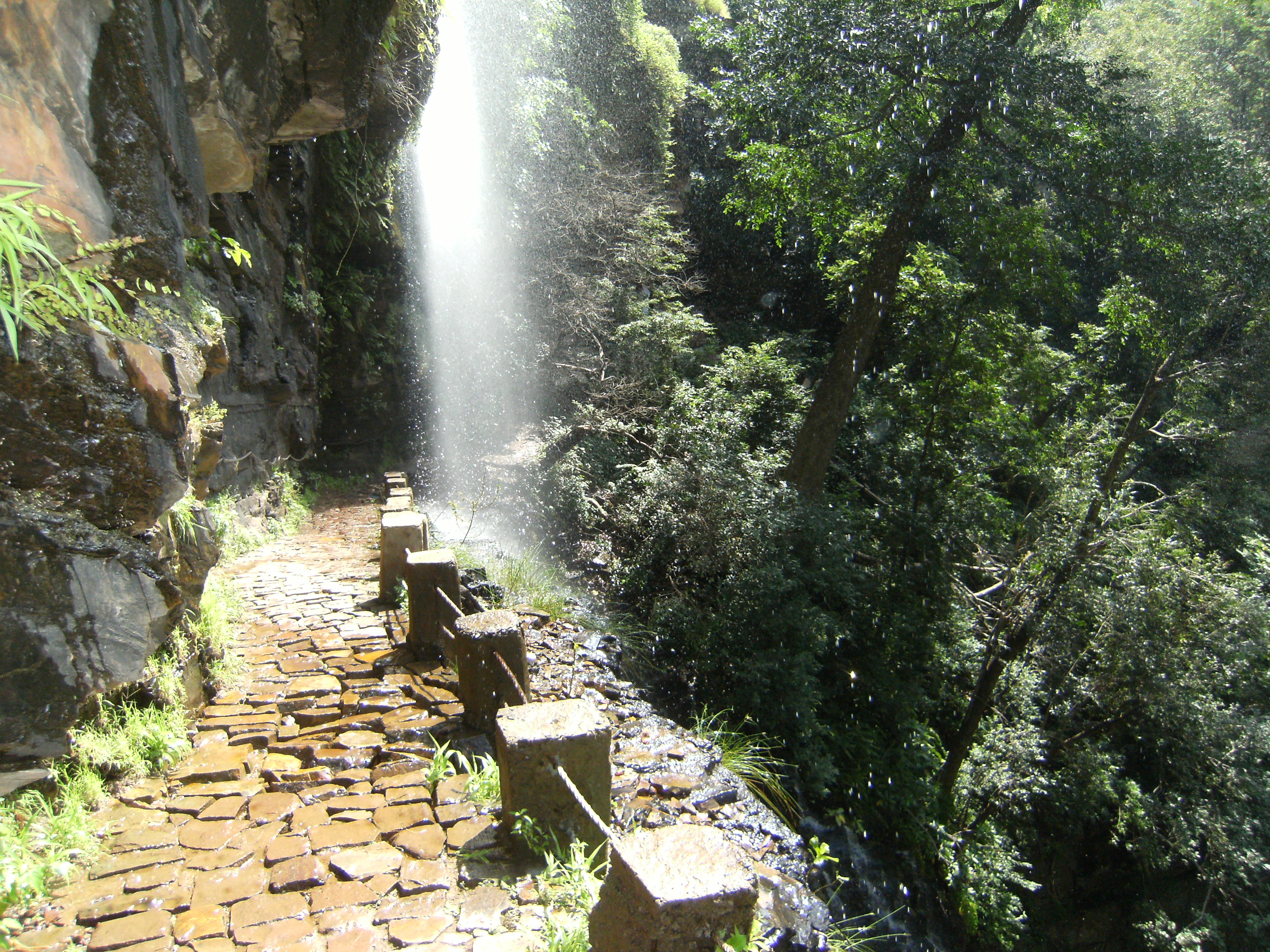 This route gives more picturesque views of the Eastern Ghats and the Nallamala hills. More than the beautiful panoramic views, the 10 km trek through the dense forest and mighty hills is truly a thrilling experience which every trekker should experience. I would rate this trek as a moderate one during the summer seasons or spring. But definitely, this would come under a tough trek during monsoons as the river Bhavanasini flows high and the trail gets all muddy and slippery making the trek difficult! 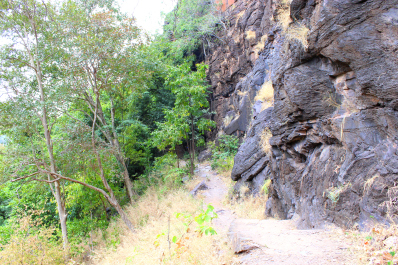 Though this was an unexpected and unplanned trip, I thoroughly enjoyed it and Ahobilam trek would always remain one of the best treks I ever did! And definitely I would recommend this to everyone :) 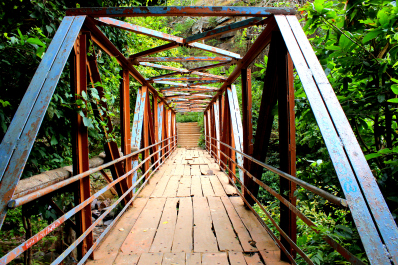 Similar to such pilgrimage treks, the Sathopanth Lake trek in the Garhwal Himalayas of Uttarakhand is a perfect choice and a great alternative to trekking in the Himalayas.

Satopanth Lake is a holy lake near the base of the 7138 m Chaukhamba massif. The trek to Satopanth lake starts from Mana - the last village near the Indo-China border in Uttarakhand, near the pilgrimage town of Badrinath. At an altitude of 4350 m, the Sathopanth Lake with its crystal clear green water is a triangular lake. It's believed that holy trio of Brahma, Vishnu, and Mahesh - the creator, the preserver, and the destroyer meditate at the three corners of the lake charting out the course of the world. Being an isolated trek with splendid views of the Chaukhamba, Nilkantha, Balakun, Kamet and Abi Gamin peaks, the Sathopanth Lake trek is a stunning pilgrimage trek in the Himalayas. 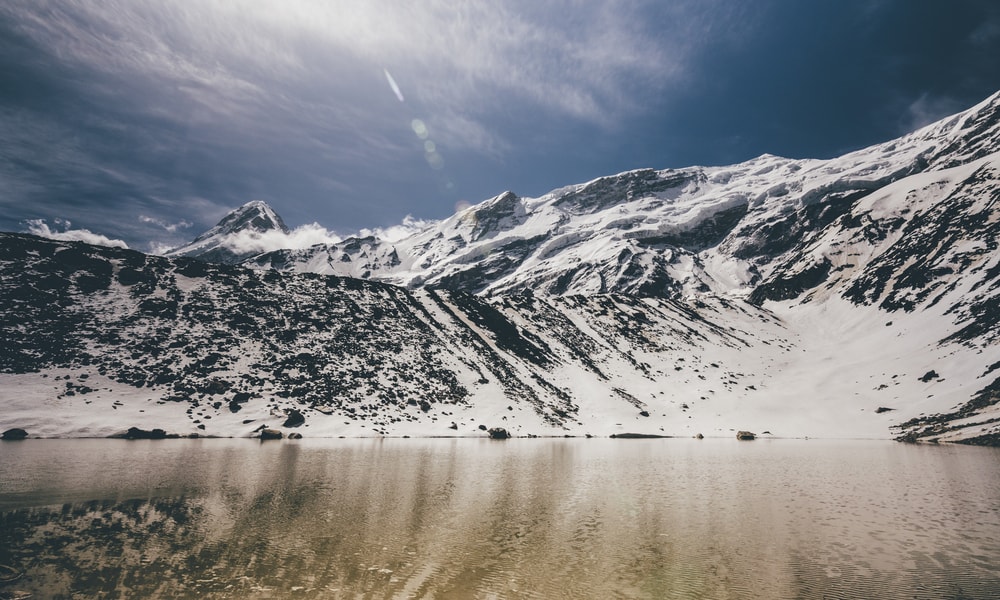 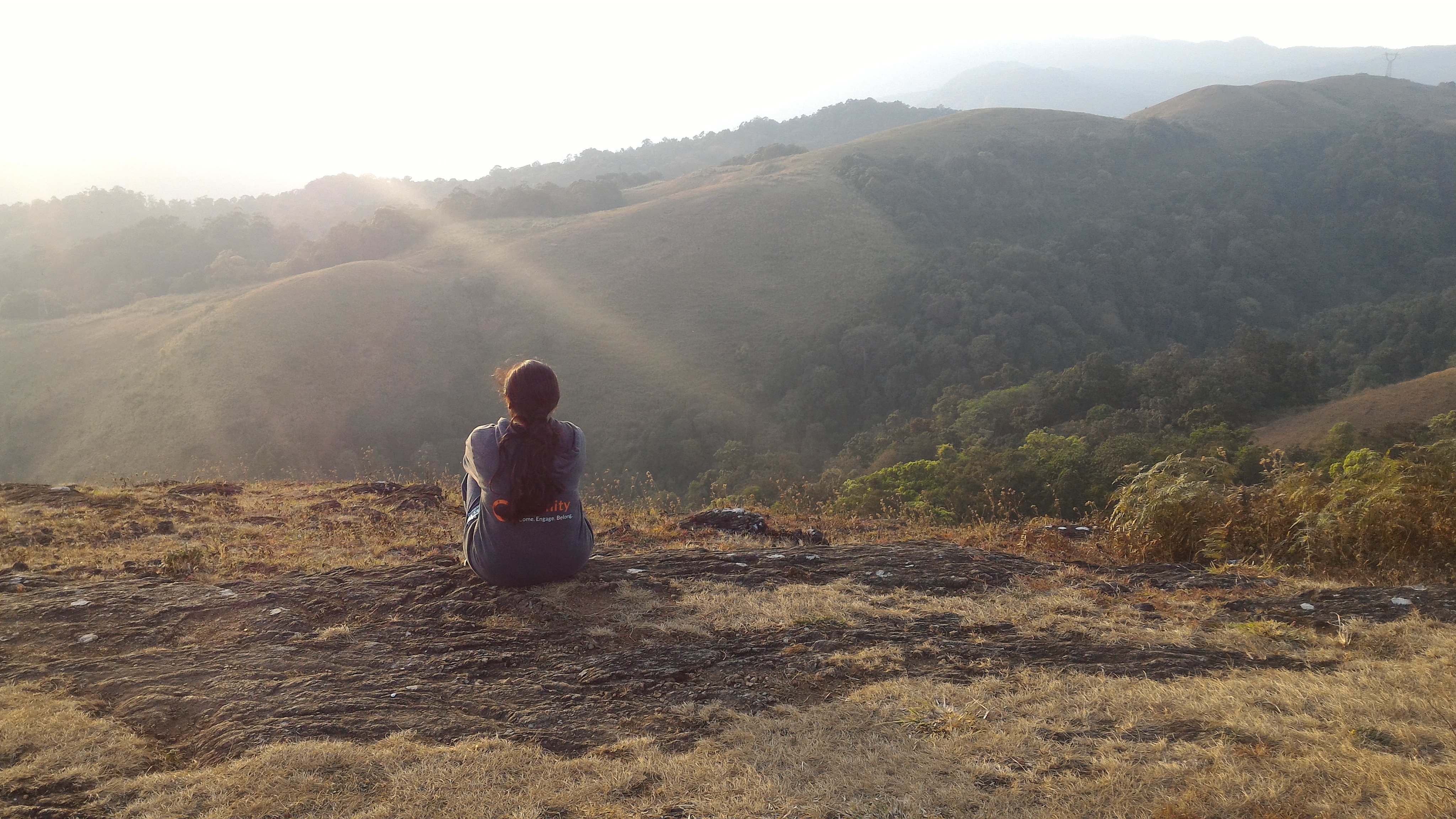